Samsung Unpacked 2020 revealed their latest line-up of flagships spearheaded by the Galaxy Note20 series phones and their Galaxy Tab S7 series tablets along with the latest incarnation of their wireless earbuds dubbed the Galaxy Buds Live.

As revealed in prior leaks the Samsung Galaxy Buds Live has a unique bean-shaped design that is completely different from its predecessors the Galaxy Buds and Galaxy Buds Plus. The casing itself is also squarish like a jewelry box rather than lozenge-shaped. 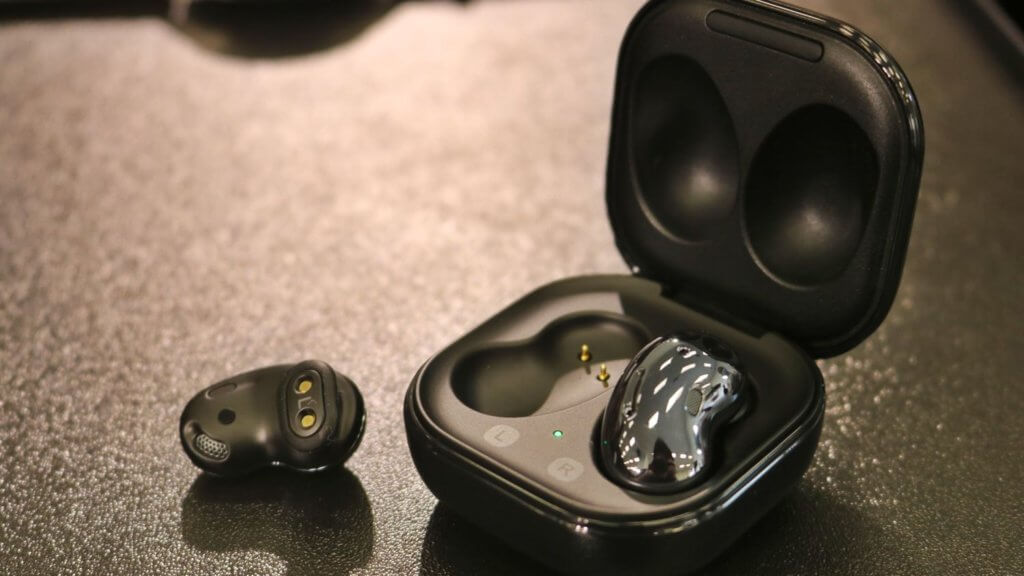 The Galaxy Buds Live come in three colours, Mystic Bronze, Mystic Black and Mystic White which match the colours available on the Galaxy Note20 Ultra and trump its predecessors and the competition as it integrates active noise cancellation and support for Samsung’s own Bixby Voice assistant.

In terms of hardware, the buds sport 12mm drivers with bass ducts for richer sound tuned by AKG.

What makes the Galaxy Buds Live a real game changer especially for journalists and YouTubers is that it can work as a microphone when used in tandem with the Galaxy Note20 series phones’ Pro Video mode and allows for a clean audio feed. 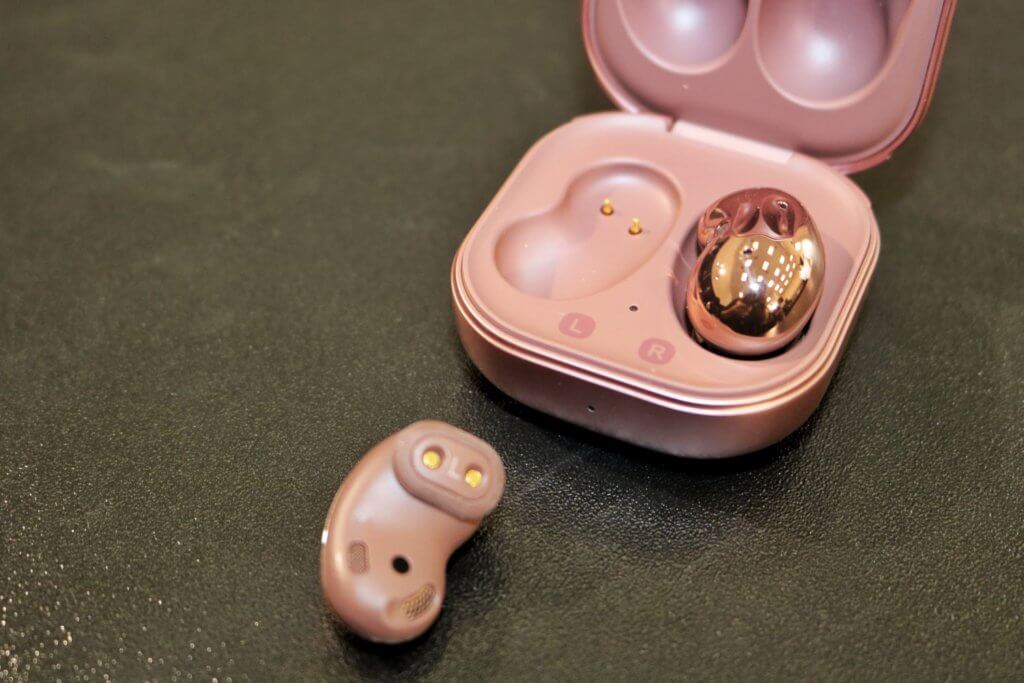 You basically get a subject to wear the Galaxy Buds Live earbuds when you’re filming them to get the wireless equivalent of a lapel or Lavalier mike.This feature is an amazing game changer for content creators and we’re itching to get our hands to test drive it. 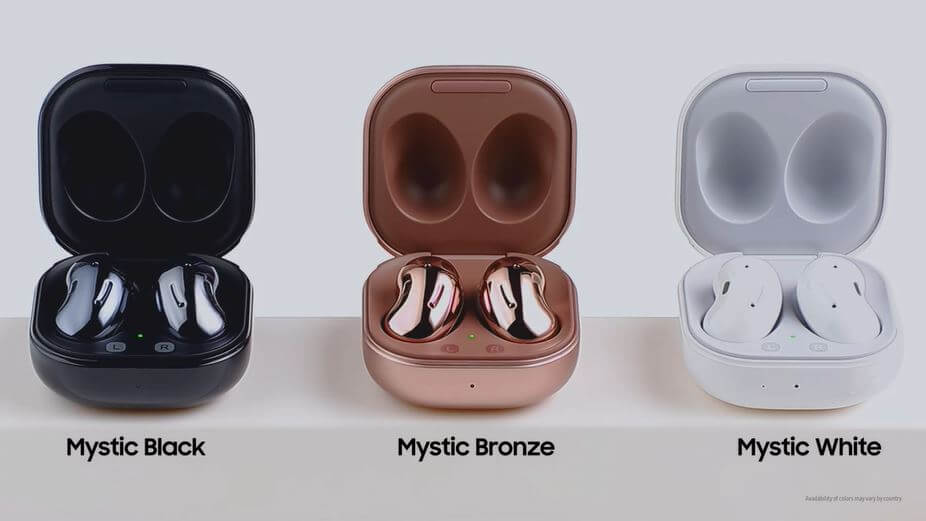 There is also a unique Buds Together feature that lets you share music from a single source to two pairs of Buds Live earbuds so you can enjoy content with another user together, like say watching Netflix with a friend.

In terms of battery life, the Galaxy Buds Live has 6 hours of usage on a single charge with a total of 15 hours with the charging case.  It also has the ability to get an hour of usage with just 5 minutes of charging. Juicing it is via a USB Type-C port or via wireless charging which adds to its versatility.

There’s no official word on prices yet and local availability from Samsung but it’s arrival in Malaysia is all but certain. At the global launch, it was priced at US$169 which is about RM708 with availability from 6th August in selected countries.

We’ll keep you posted on its imminent arrival and we expect that it’ll launch at the same time as the Galaxy Note20 series in Malaysia in the near future.

[Update] The Samsung Malaysia site for the Galaxy Buds Live has gone, quite literally live with pricing and colour variants available in Malaysia. You’ll be able to get your hands on the Buds Live for RM699 in your choice of Mystic Bronze, Mystic White and Mystic Black. You can check out their official site for Malaysia here. 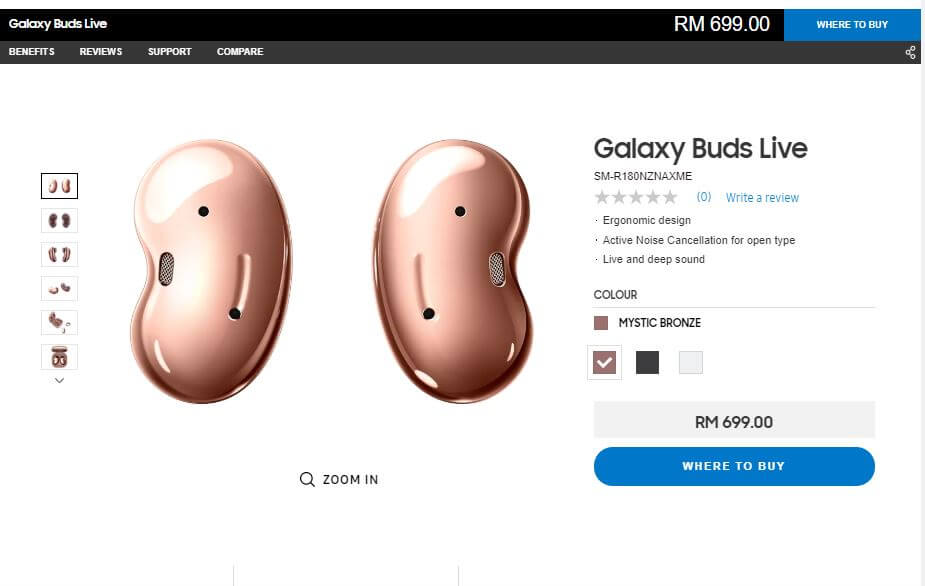