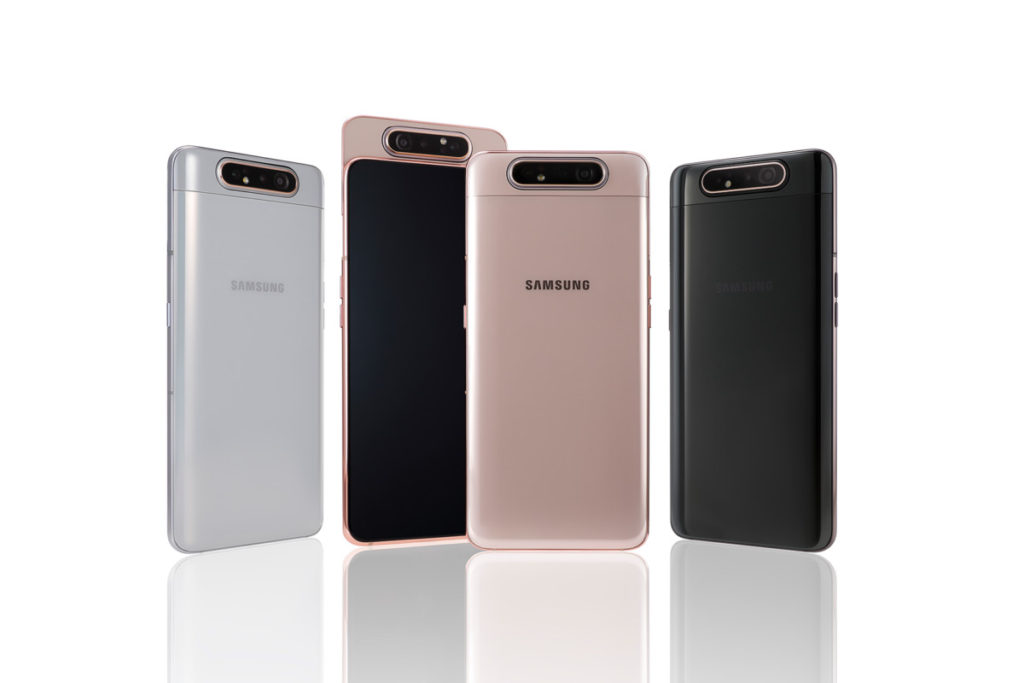 In a star-studded event in Bangkok graced by the likes of Korea’s top K-pop girl band BLACKPINK, Samsung unveiled their Galaxy A80 midrange phone that integrates their New Infinity displays that are essentially almost all panel up front along with a unique first – a pop-up motorised rotating triple-camera array.

The uniquely engineered camera mechanism on the Galaxy A80 means that the phone only needs to tote one powerful set of cameras for selfies and other shots rather than having one on both the front and rear of the phone.

The design for slider phones and rotating cameras aren’t new but this is the first time that both have been integrated together in this fashion combined with a triple camera array which makes for quite a feat of engineering indeed. 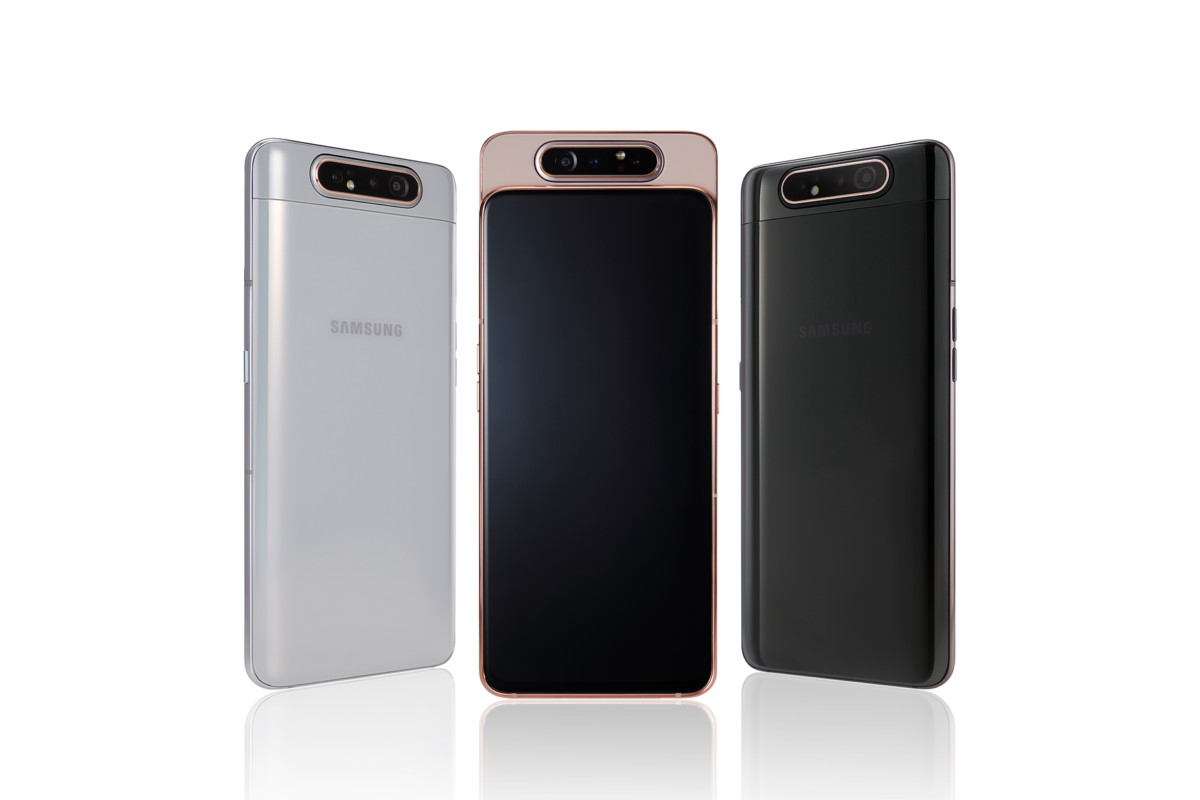 What you have is essentially a primary 48-MP F/2.0 camera augmented by an 8-MP F/2.2 ultra wide angle camera and a third ToF camera for depth data that can rotate automatically to the front or rear of the phone as needed.

This motorised camera mechanism means that the phone manages to ditch a cut-out in the display for the selfie camera, offering an essentially full on display.

The rest of the hardware consists of the aforementioned 6.7-inch FHD+ Super AMOLED display which has an on-screen fingerprint reader, a 2.2GHz octacore processor, 8GB RAM and 128GB of expandable storage complemented by a 3,700mAh battery with 25W Super fast charging support. 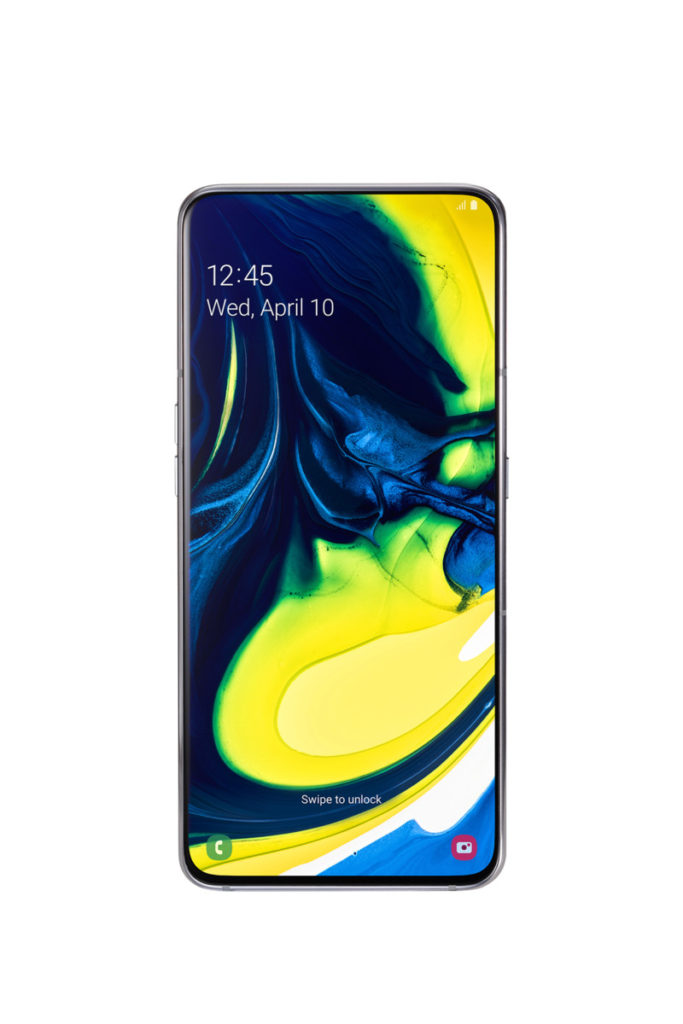 Other mod-cons on the Galaxy A80 include their Bixby virtual assistant, Samsung Knox defence-grade security, Samsung Pay support and Dolby Atmos support. The Galaxy A80 comes in a glass and metal chassis in your choice of Angel Gold, Ghost White and Phantom Black.

There’s no official statement on when the Galaxy A80 will arrive in Malaysia nor a price tag but odds are it’ll be within the next several weeks. At launch, it was announced to retail at 649 Euros, which is about RM3,008; a bold price tag that treads close to their vaunted Galaxy S10 series phones but local prices will likely differ somewhat. We’ll keep you posted.