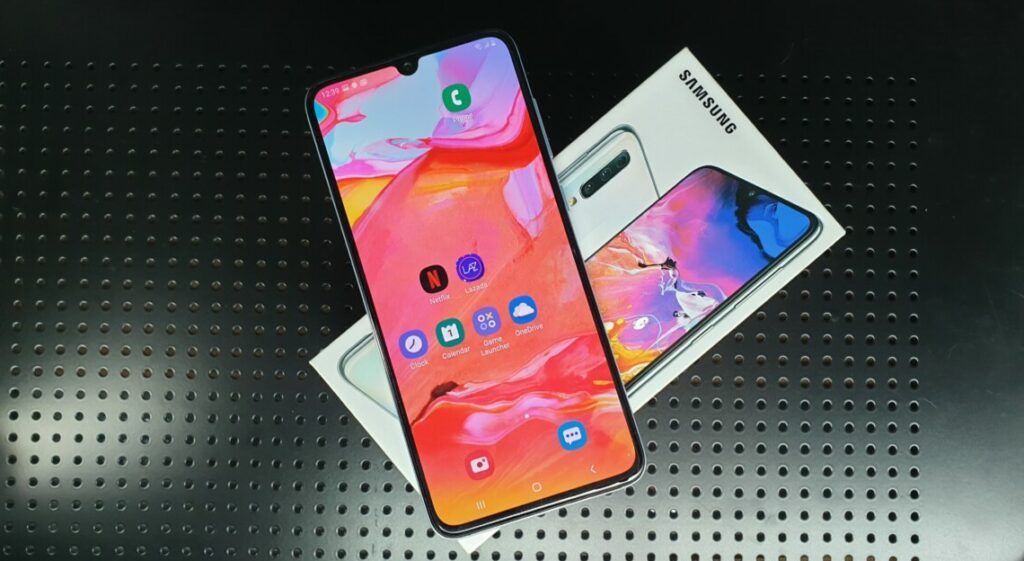 Samsung is aiming to capture the midrange smartphone market by storm as they’ve released a slew of Galaxy A series phones in Malaysia in the form of the Galaxy A30, the A50 and this, the currently best specced and largest of the lot, the Galaxy A70. That’s not counting the other midrange offerings they have like the M20 or M10 and the Galaxy A80 with its twistable motorised cameras that is now on preorder.

Each of the three Galaxy A phones currently available comes at different price points and slightly different specifications bearing in mind their differing price tags but the Galaxy A70 edges out as the most powerful of the lot with the best front and rear camera array of the trio, the largest battery capacity paired with attendant Super Fast Charging tech, the largest display and the most storage and RAM. It’s also the heaviest of the lot too at 183g. 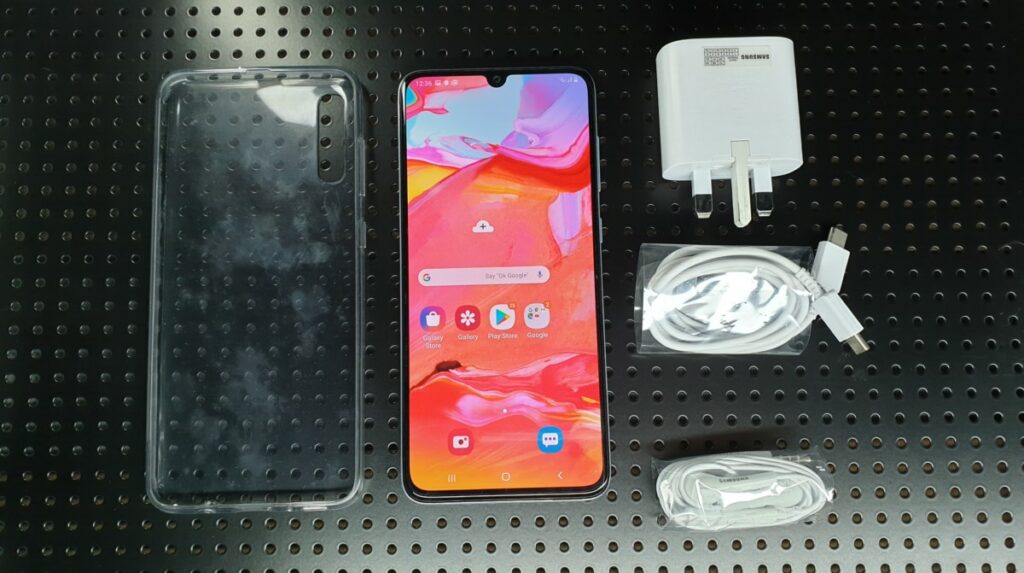 Out of the box, Samsung has thrown in a soft TPU casing, a pair of earbuds, a fast charger and its attendant charging cable along with the phone proper. It’s a fairly comprehensive ensemble that allows for you to immediately deploy the phone immediately. The earbuds aren’t the AKG-branded ones you’d see in their premium Galaxy S or Note series phones and consist of hard plastic earbuds though they’re quite sturdily built. 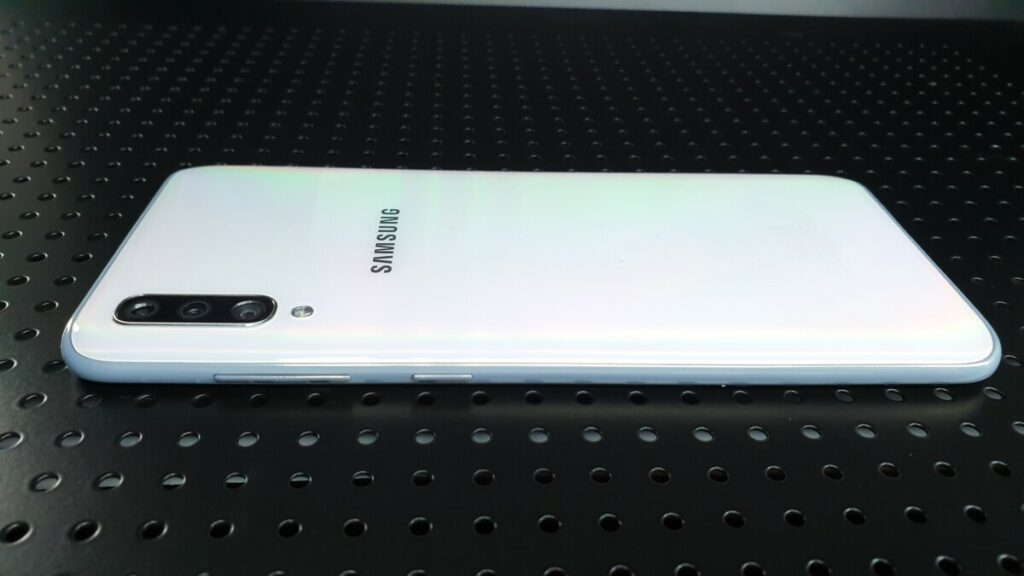 Externally, the Galaxy A70 is quite a looker of a phone at first blush. The front consists of almost entirely of the touchscreen display on account of the Infinity U punch hole up top and dearth of buttonry which lends it significant space for the 6.7-inch FHD+ Super AMOLED panel. The left side of the phone comes with a volume rocker and power button though they feel quite plasticky. The right side holds the triple SIM and SD card tray. 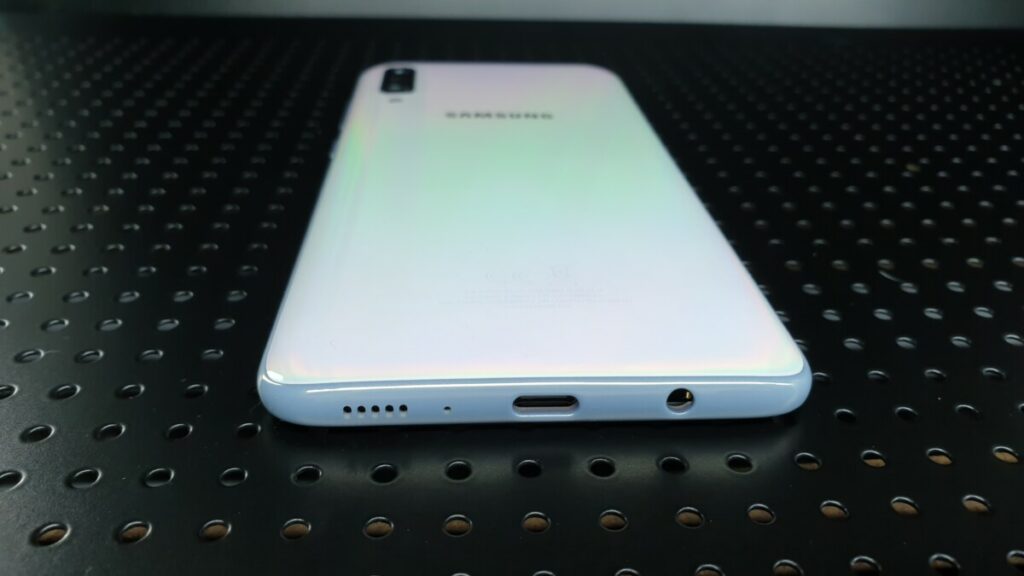 The top is otherwise unadorned but the base as a 3.5mm audio jack, a speaker grille and a USB Type C port for charging the phone. The backplate itself was done up in a pearlescent shade of white for our test unit and looked rather premium though it felt as plasticky as the buttons with the rear triple camera array emplaced vertically in the upper left corner. 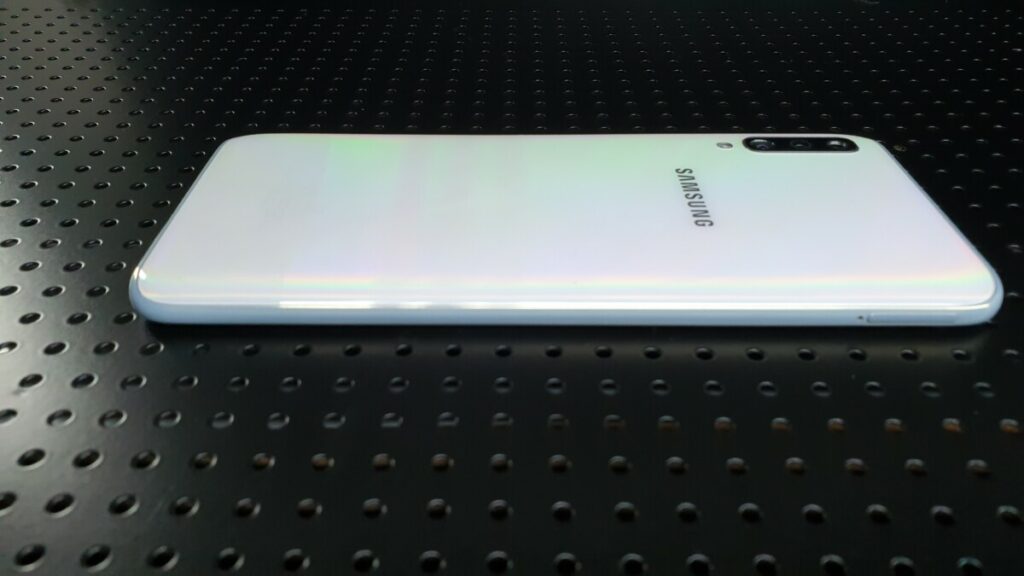 Taken as a whole, the Galaxy A70 has a rather premium looking build but it’s only when held that it feels a bit less swanky than what its looks indicate. Still, as a midrange Galaxy A series phone, the A70 has one of the largest displays in its class along with a massive battery to boot.

As the most powerful phone of their current Galaxy A series range, the Galaxy A70 comes armed to the teeth. You’re getting a large 6.7-inch Infinity-U Super AMOLED display with FHD+ resolution up front that also has an under-display fingerprint reader, an upper midrange Qualcomm Snapdragon 675 2.0GHz processor running Android Pie 9.0, 8GB RAM and 128GB of built-in storage augmented by a triple card slot that lets you bung in two nano SIM cards and a microSD card up to 512GB in size. Keeping it powered is a large 4500mAh battery with 25W fast charging. 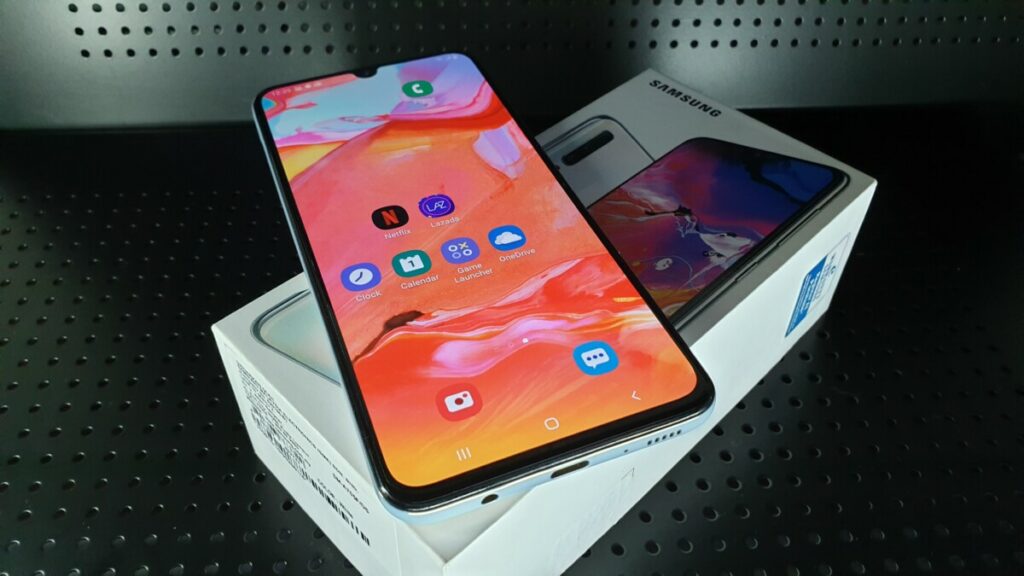 Typical of most midrange Galaxy A series phones, the A70 features a slightly pared down version of their clean, minimalistic One UI user interface that is easy to navigate and fast on the draw.

The full Bixby voice assistant experience is not here (you still get their Bixby Home screen, voice, vision and reminders modes though) but you still get most of the functionality of their higher end Galaxy S series phones including an Always On mode to see the time and important notifications without having to turn the phone on and ,of note, a Digital well-being feature that tells you how much time to spend on apps as well as the ability to help you ‘wind down’ for the night by decreasing notifications and turning the screen to grayscale nearer to bedtime.

Across the board, the phone proves to be immensely capable with enough pixel crunching punch to tackle everything thrown at it. Combined with its immense 8GB RAM, the Galaxy A70 is an excellent workhorse capable of work and gaming duties alike.  When field tested with PUBG, the phone ran by default on high settings and matches ran smoothly without frame drops or other hiccups.

On the audio front, the sole mono speaker at the base of the phone proved serviceable and was able to kick up a fair racket for listening to the odd clip or two on YouTube and for gaming through sound staging and bass are understandably poor. 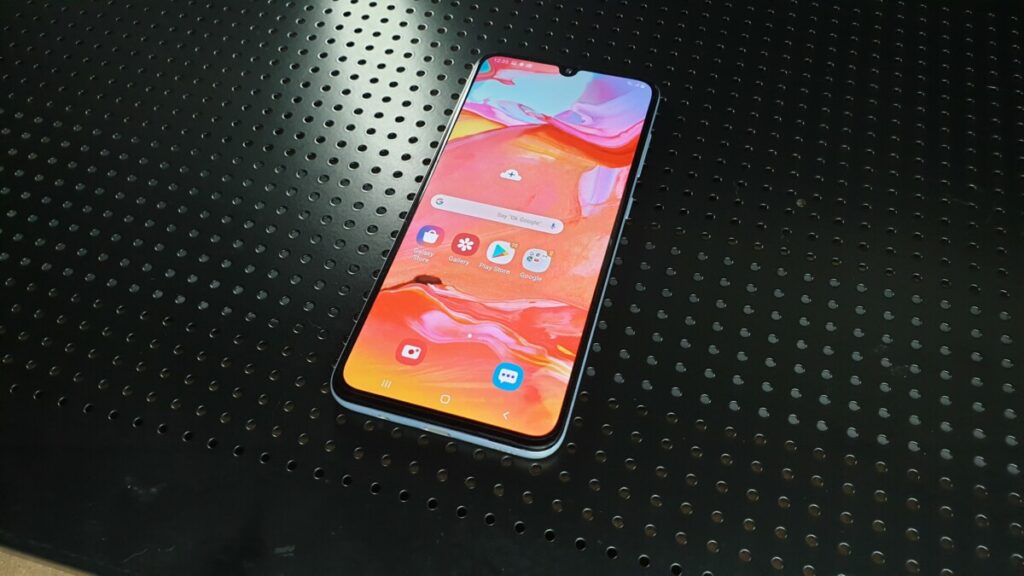 The Galaxy A70 ‘s Infinity Super AMOLED panel performed as expected with great colour rendition, good visibility even under daylight and pin-sharp clarity for text and images alike which makes movies and gaming a joy on the phone helped in part by its large size. You can also optionally manually tweak the red, green and blue colour settings to taste though the default settings are very viewable for all but the pickiest users.

In keeping with Samsung’s emphasis on ultra wide angle photography this year, the Galaxy A70 comes with a triple rear camera array that has a primary 32-MP F/1.7 camera with PDAF and a 8-MP secondary camera with a 12mm ultra wide angle lens that delivers a 120-degree field of view. The third 5-MP camera is primarily a depth sensor for the Live Focus mode. 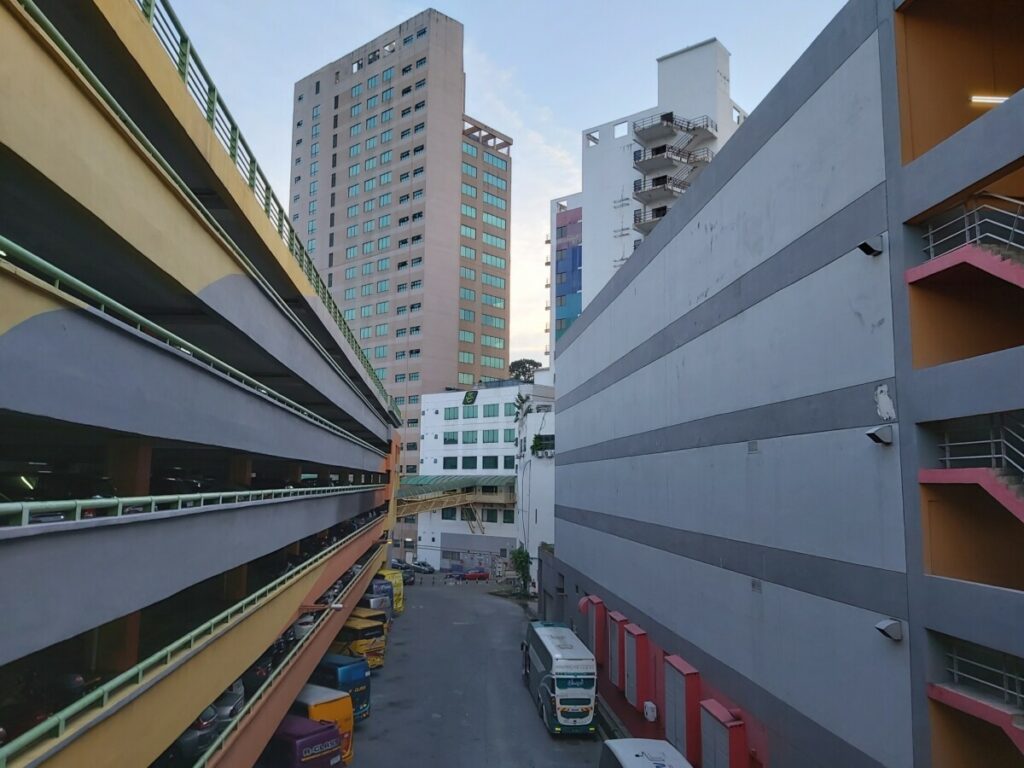 Shot with the primary camera on the Galaxy A70 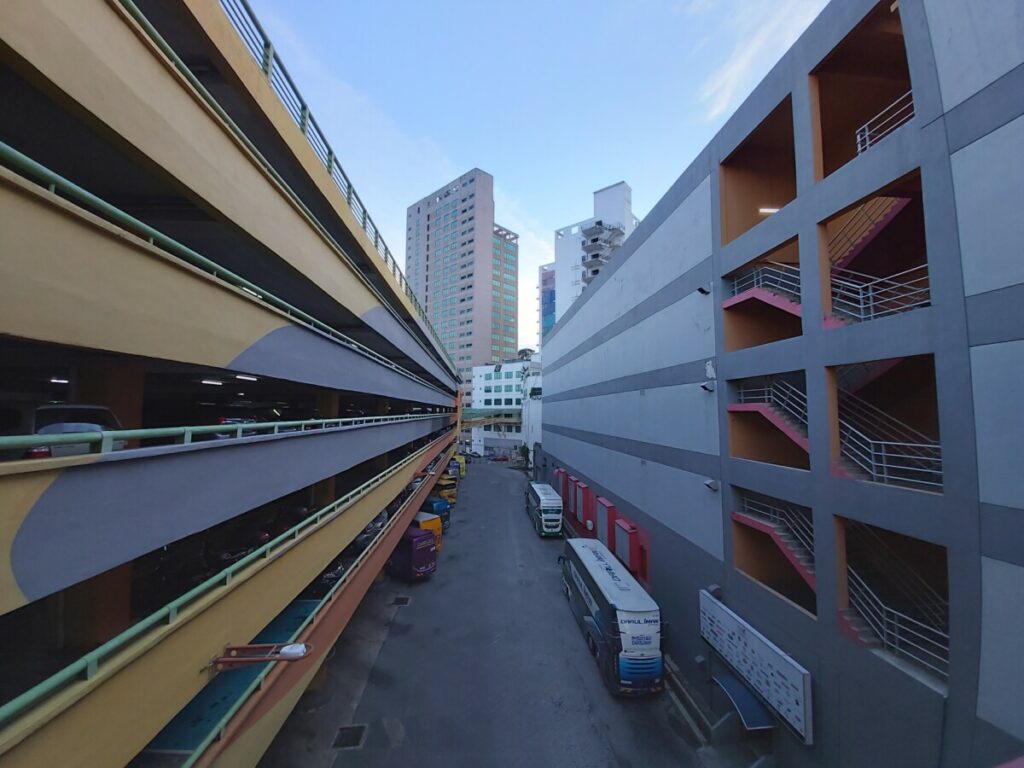 Shot with the wide angle camera on the Galaxy A70

Interestingly enough, this setup is capable of capturing 12-MP snaps and 4K video too. The front comes with a 32-MP F/2.0 selfie camera though this is limited to 1080P video capture only. There’s no optical image stabilisation here for either the front or rear cameras but Samsung has added a modicum of AI scene recognition into the firmware via their Scene Optimiser that detects up to 20 scenes and their Flaw Detection algorithm that checks if someone blinked, there’s smudging on the lens or if the shot is backlit. 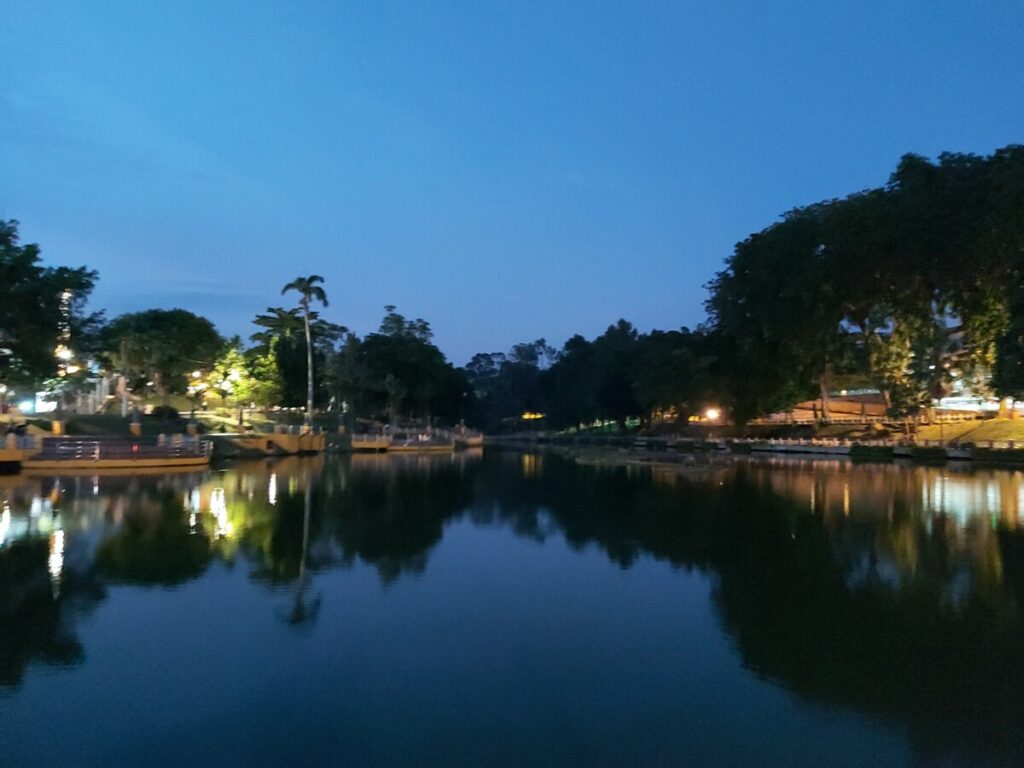 The user interface is similar to a Galaxy S or Note series phone albeit with some features removed. It still has a Pro mode but much of the functionality has been pared down so that you can only tweak ISO, exposure and white balance at most.

Fortunately it still has a Live Focus mode to capture objects and portraiture with a bokeh background. You also get to capture and use AR Emoji and use Bixby Vision to identify objects and tourist attractions. There’s no Night mode at present but it’s not an impossibility that it can be added later on via an update. 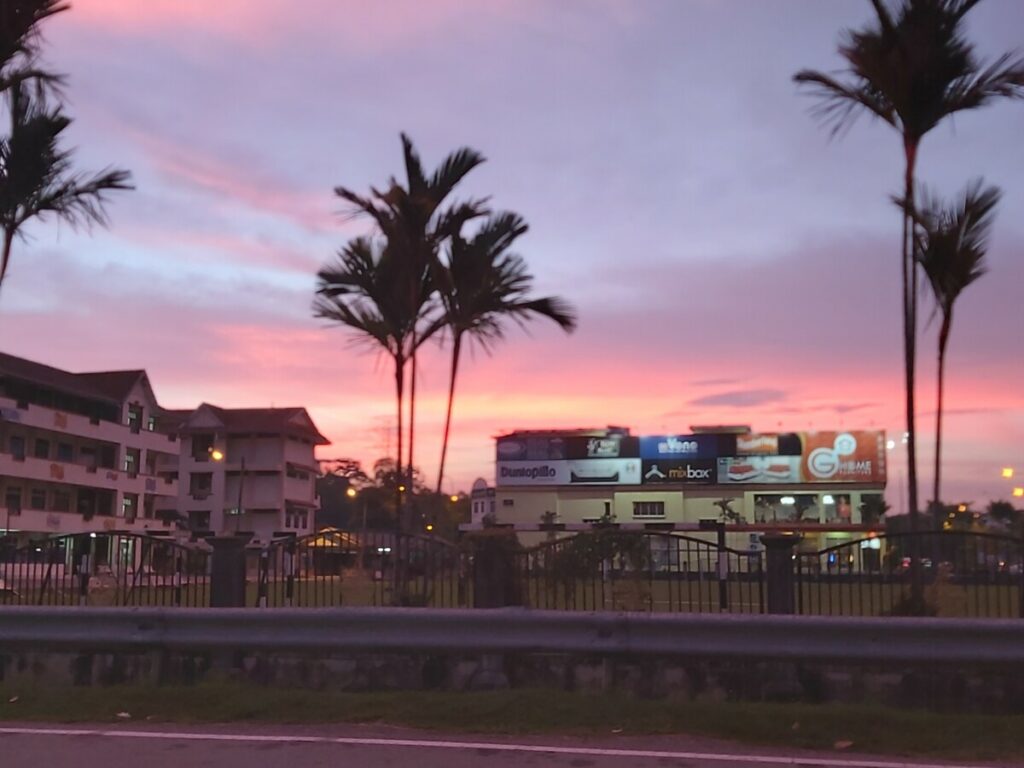 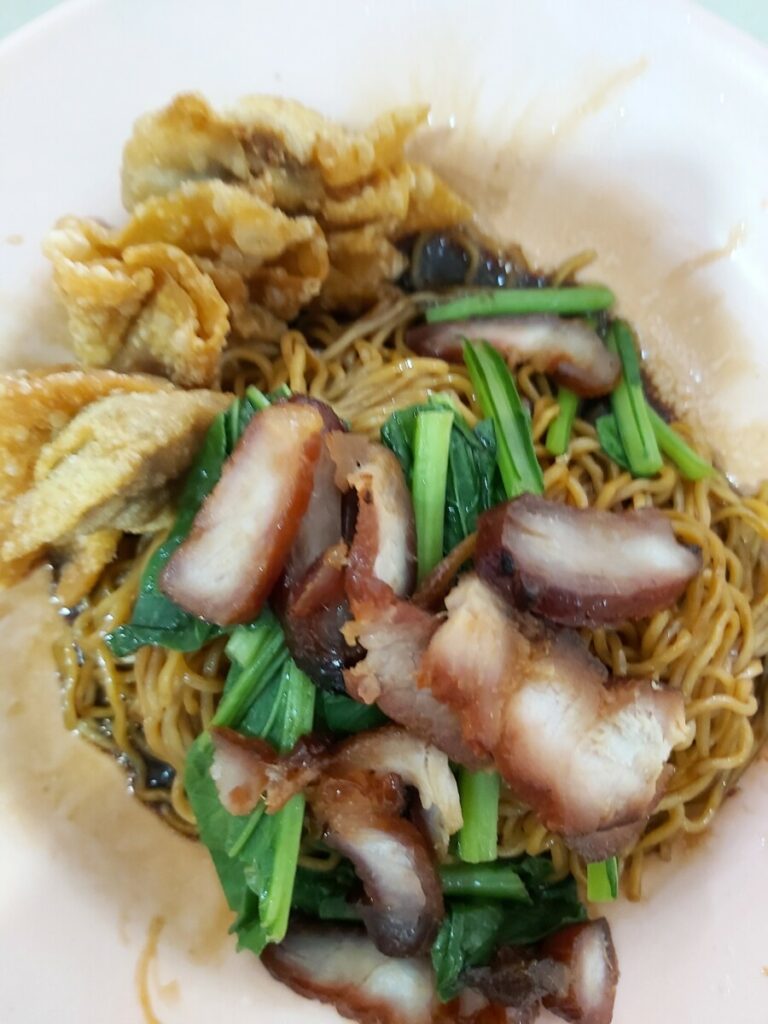 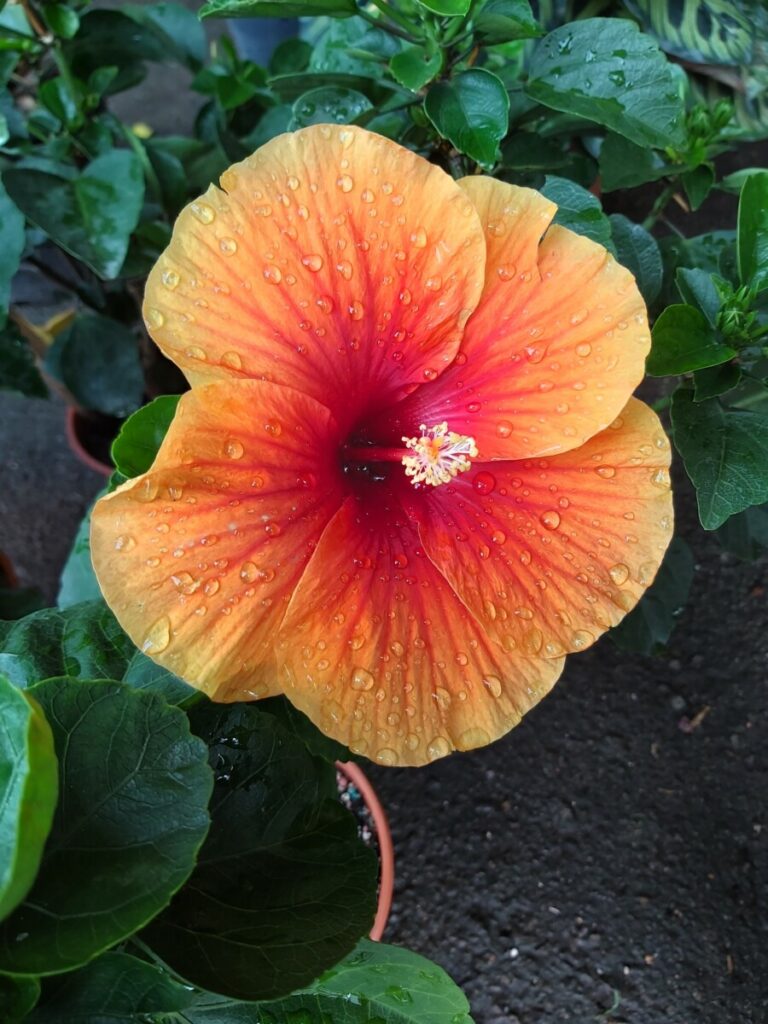 Good detail and colours for this daylight shot with the Galaxy A70’s rear camera.

By default, shots are captured at 12-MP. You can ramp this up to 32-MP in the settings though this also disables the A70’s auto HDR mode. Most of the grunt work is handled by the primary 32-MP camera and it acquits itself well for most photographic scenarios with a good amount of detail and relatively good colour reproduction under daylight conditions. 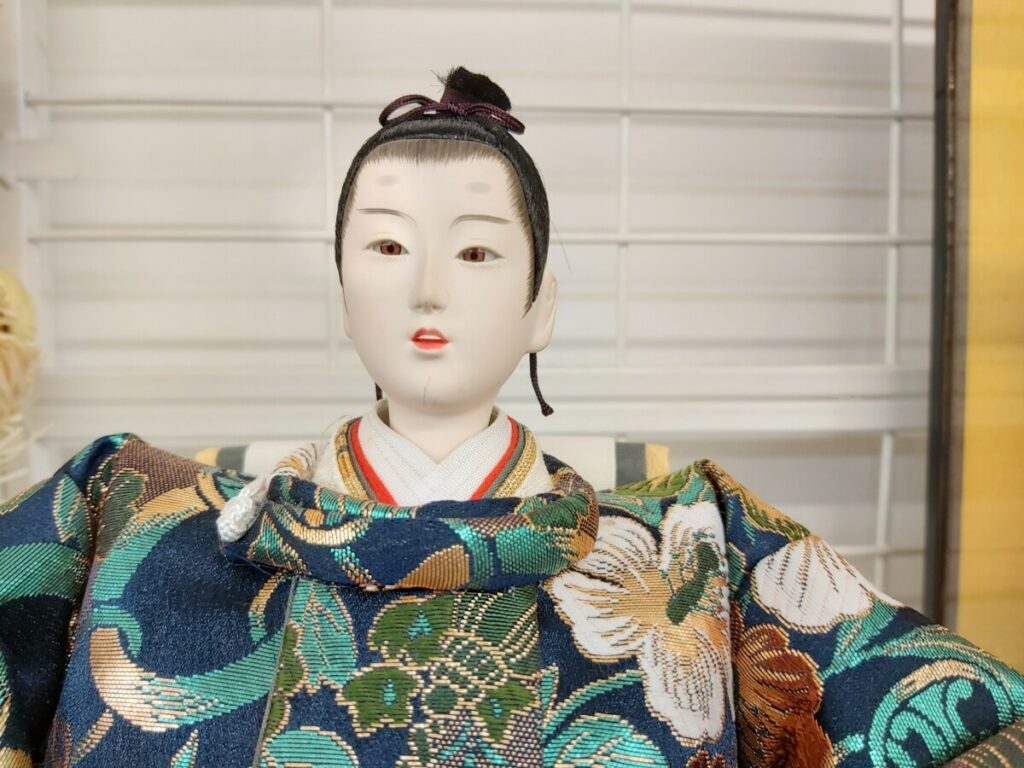 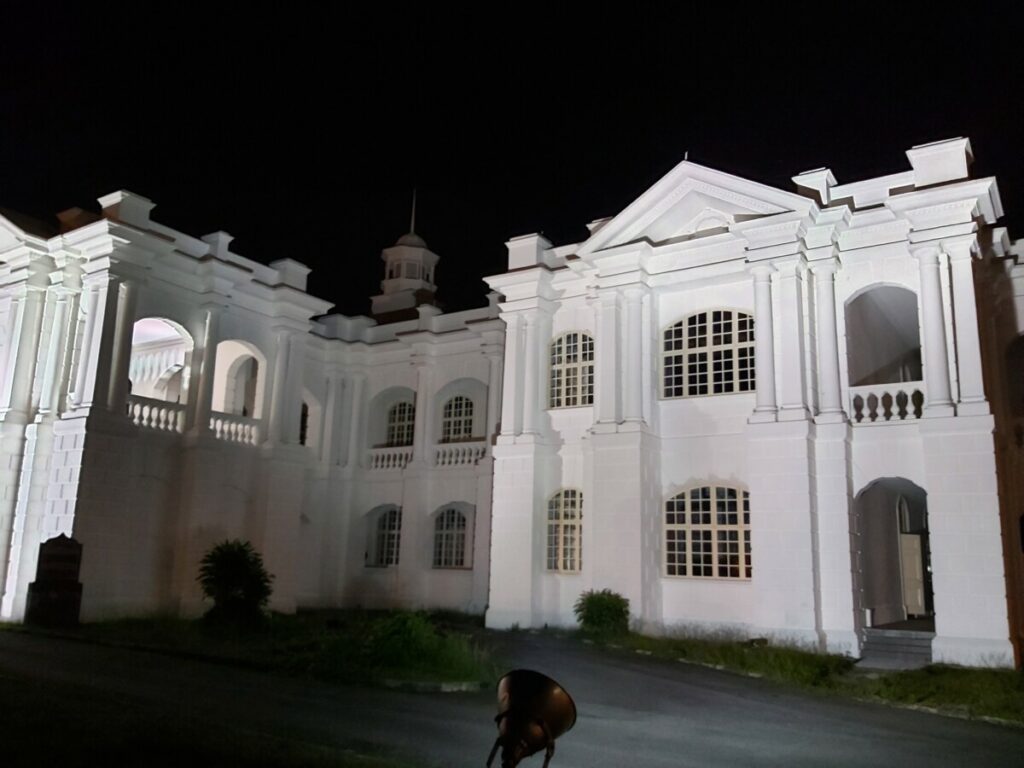 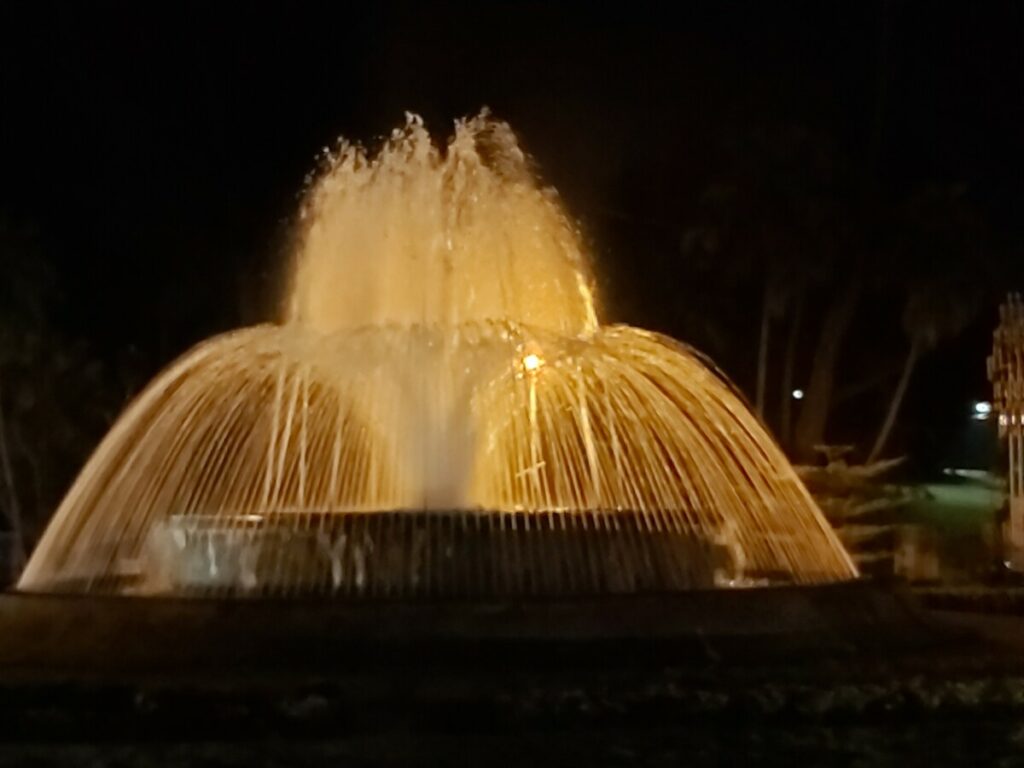 Shots after dusk or in low light have fair results though details are smooshed out by fairly aggressive noise control, leaving shots catching a fair amount of light but looking quite soft.

The wide angle lens under daylight also does fairly well to capture expansive swaths of scenery and large group shots though it does not fare as well under dim lighting with poorer, noisier results than the primary camera. You can still yield modestly viewable results but the lack of OIS means you’ll need steady hands and patience. 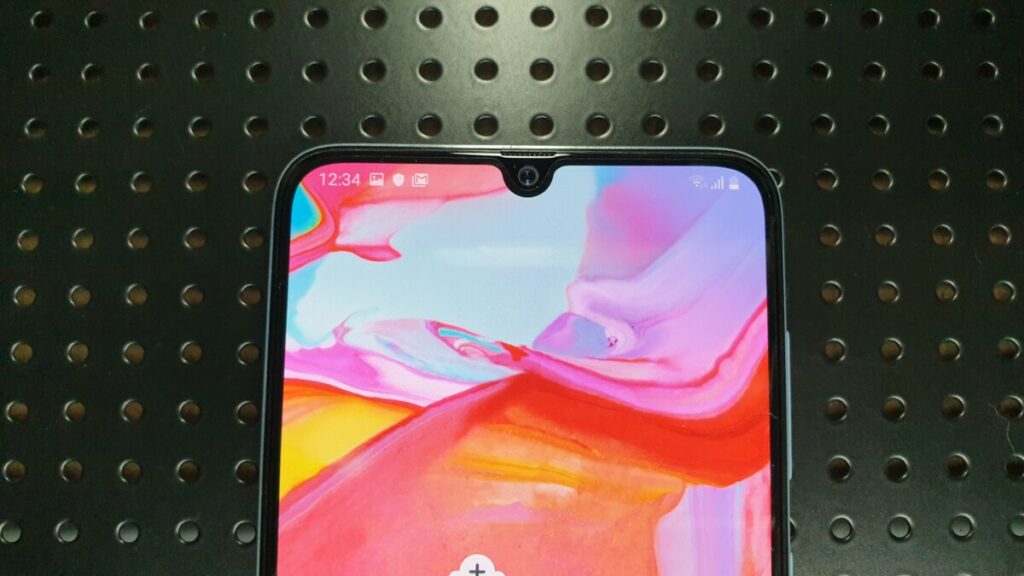 The front-facing selfie camera fortunately delivers pretty good portraiture with good skin tones and fair amounts of detail. While the rear cameras are capable of capturing 4K video, results are middling at best with poor results in dim light while the aforementioned lack of OIS means it works best from a static position.

Galaxy A70 Review – Price and Conclusion

The Samsung Galaxy A70 is equipped with a large 4,500mAh with their Super Fast Charging tech and a bundled 9V/2.77A charger. When put to use with an average use scenario with data on all day, several hours of WiFi connectivity in between, auto screen brightness and constant use of social media plus an hour of gaming and videos, it easily lasted a day of use with more than enough juice for the commute home and midway through the next day; helped also in part by the efficient Snapdragon 675 SoC.

More frugal users can easily eke out a couple of days worth of use from the phone. From a completely dry battery, the A70 was able to be charged up to about slightly over 50% in about 40 minutes or so of charging. 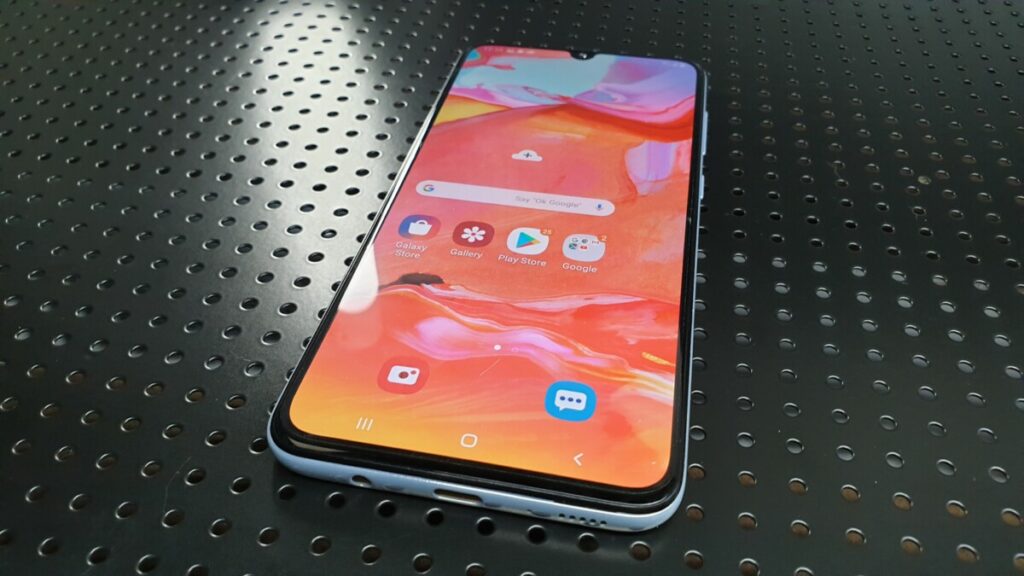 As it stands, the Galaxy A70 is somewhat on the pricey side of things and veers into the lower end of flagship phone pricing at its launch price of RM1,999.

What you pay for is a large and vibrant display that tops many other midrange phones, exceptional battery life and otherwise beefy specs in the form of generous amounts of RAM and storage paired with one of the better workhorse Snapdragon 600-series processors out there though the middling cameras may give some users pause.

If you’re looking for one of the more powerful phones in the Galaxy A series with scads of endurance and performance, the Galaxy A70 is worth a look.

What we liked Good battery life, fairly nippy performance, excellent Super AMOLED display, has a dual SIM and microSD card slot
What we didn’t Plasticky build quality, pricey for what you pay for, Underwhelming cameras
We say  If you’re looking for one of the more powerful phones in the Galaxy A series with scads of endurance and performance, the Galaxy A70 is worth a look.

Posted in Reviews and tagged Galaxy A70, Review, Samsung, smartphone