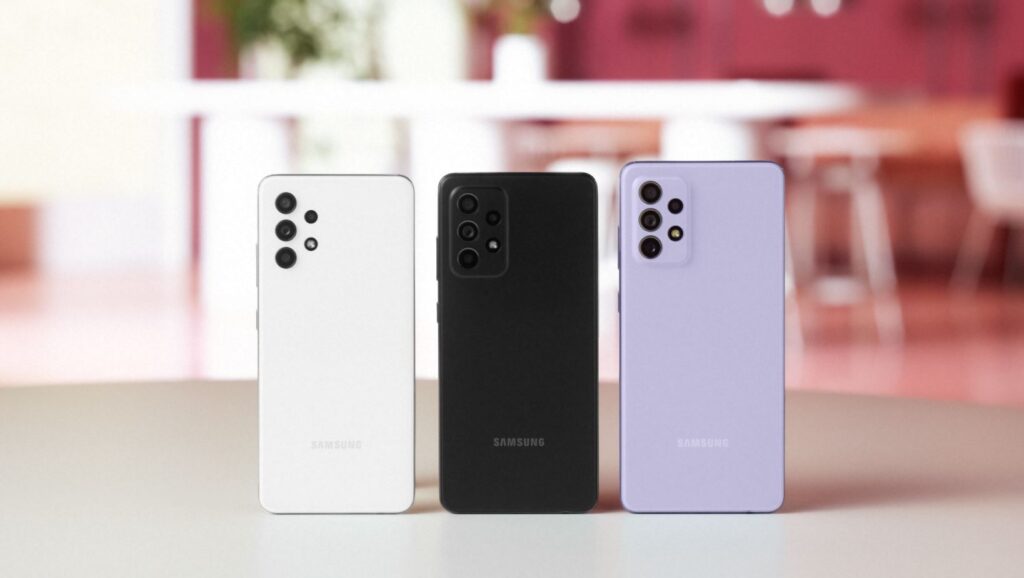 As the upper tier phones of the new Galaxy A 2021 series, the Galaxy A52 and Galaxy A72 bring a veritable wish list of features that users have been wishing for that were hitherto doled out piecemeal or were the exclusive province of flagship phones like their Galaxy S21 series.

If this is a shot across the bow to other smartphone vendors, it’s a welcome one as the new Galaxy A 2021 series significantly narrows the gap between what is a midrange phone and the ultra premium offerings that Samsung is best known for.

That aside, here are 5 premium features that the Galaxy A72 and Galaxy A52 as well as the Galaxy A32 bring to midrange phones. 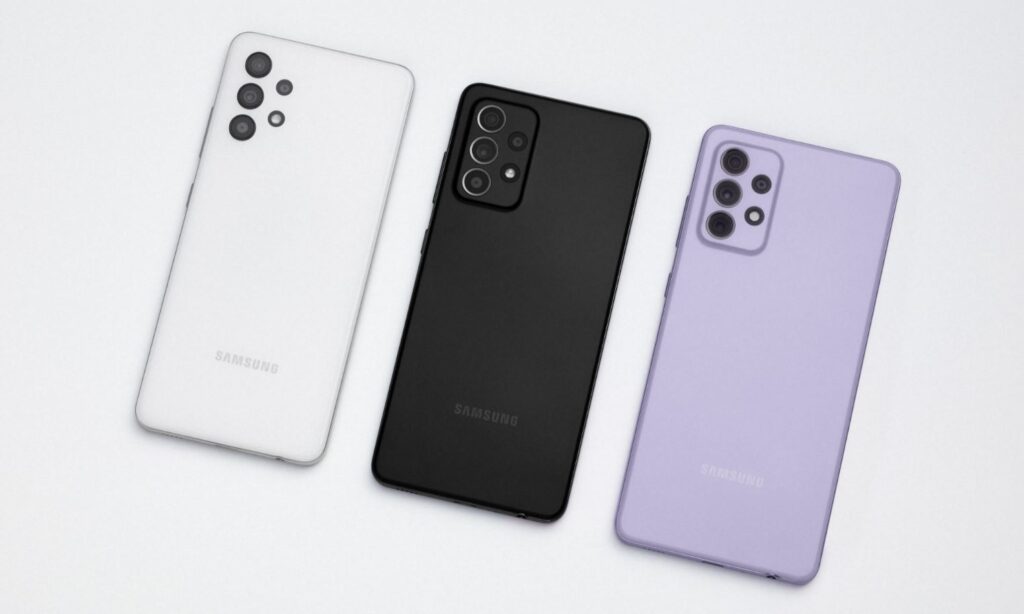 The  Galaxy A52, Galaxy A72 as well as the announced at the last minute Galaxy A32 all come with vibrant Super AMOLED displays with FHD+ resolution.

What really impresses is that they all of which come with an impressive 90Hz refresh rate that ensures smooth scrolling onscreen. The Galaxy A32 has a 6.4-inch display, the Galaxy A52 has a slightly larger 6.5-inch display and the A72 has the largest display of all at 6.7-inches. The phones all also sport under-display fingerprint readers too.

Prior to the arrival of the Galaxy A52 and Galaxy A72, the odds of seeing optical image stabilisation on a midrange phone were only slightly better than winning the lottery. Both the Galaxy A52 and Galaxy A72 have rather similar quad camera arrays which have a main 64MP F/1.8 camera with both autofocus and OIS. Both phones also have a 12MP ultra wide angle camera and a 5MP macro camera. 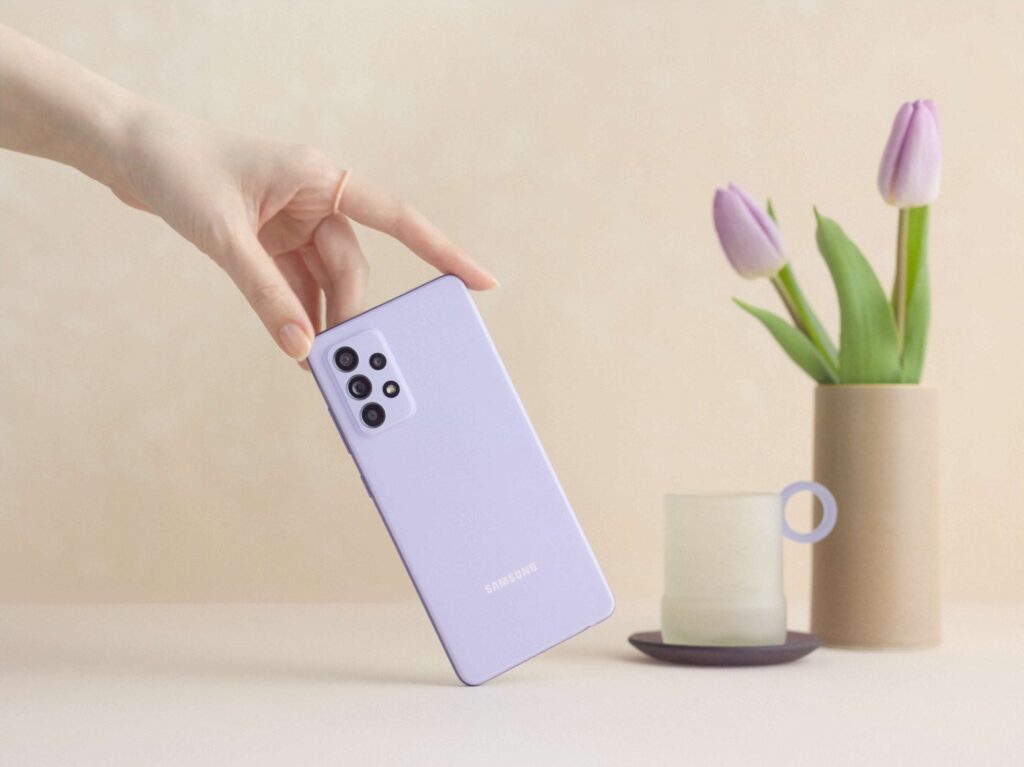 Where the Galaxy A72 differs though is that it has a fourth 8MP autofocus camera with 3x optical zoom and OIS too. The Galaxy A52 instead packs a 5MP depth sensor.

If you’re looking for an affordable workhorse phone that finally has excellent cameras, you’re in for a treat as you’re getting top shelf snaps and 4K videos too with either phone.

Most of the time, midrange phones typically pack a single mono speaker at the bottom of the phone. While examples otherwise do exist, they aren’t particularly common.

Both the Galaxy A52 and Galaxy A72 break the mould as they have stereo speakers – one on the top and one at the bottom with Dolby Atmos tech which makes games and movies sound way more immersive. What makes it unique is that this is done as a matter of course rather than making it a centerpiece of the phone which is quite an achievement.

The Galaxy A32 however still retains a mono speaker at the base of the phone. On the bright side, all Galaxy A series phones have 3.5mm audio jacks so you can use wired headphones.

Seeing how reliant we are on our phones, it goes without saying that all-day battery life is a necessity and the entire new Galaxy A series pack massive batteries. 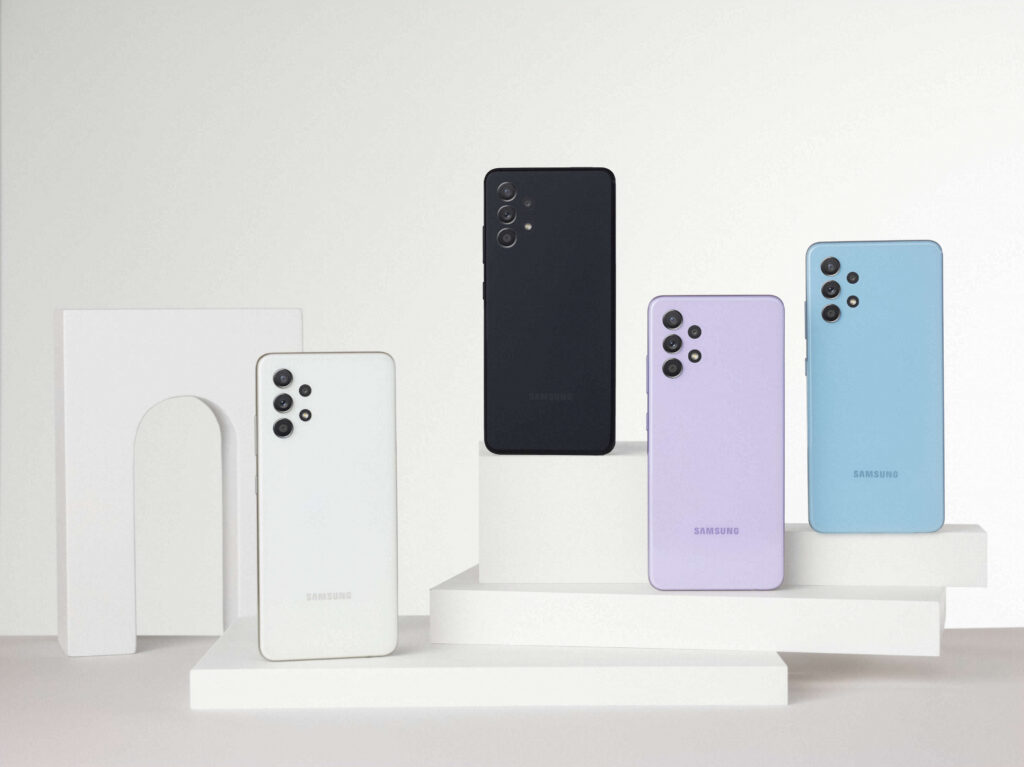 The Galaxy A52 and Galaxy A72 both have IP67 dust and water resistance which means they are able to shrug off immersion in up to a meter of fresh water for up to 30 minutes which safeguards them from the odd rainshower and, of course, any accidents near the poolside. The Galaxy A32 however lacks water resistance though it is rated to be most affordable of the new Galaxy A 2021 variants.

Galaxy A32, Galaxy A52 and Galaxy A72 Availability

All three new smartphones have been announced for arrival by Samsung Malaysia though prices and availability have not been announced as yet. What is certain is that the Galaxy A52 and Galaxy A72 will come in the 8GB RAM/ 256GB variants while the Galaxy A32 will ship with 8GB RAM /128GB storage.

All three phones will be available in the four signature colours of the range – Awesome Black, Awesome White, Awesome Blue and Awesome Violet. In the meantime you can check out the official Samsung Malaysia links below: 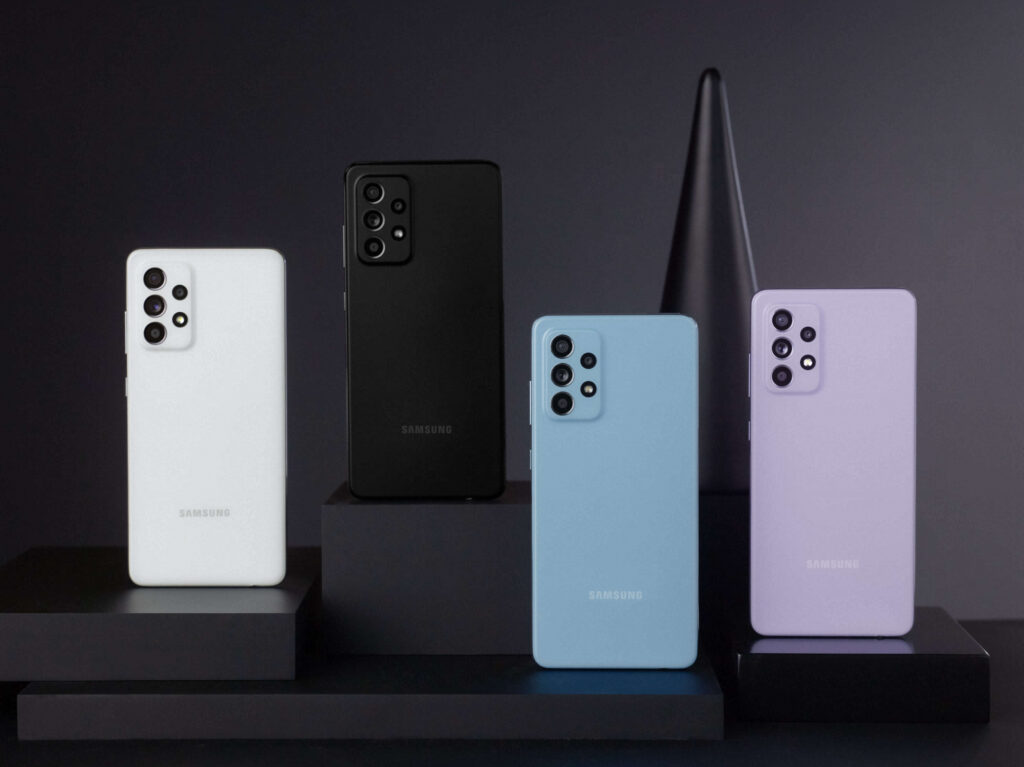