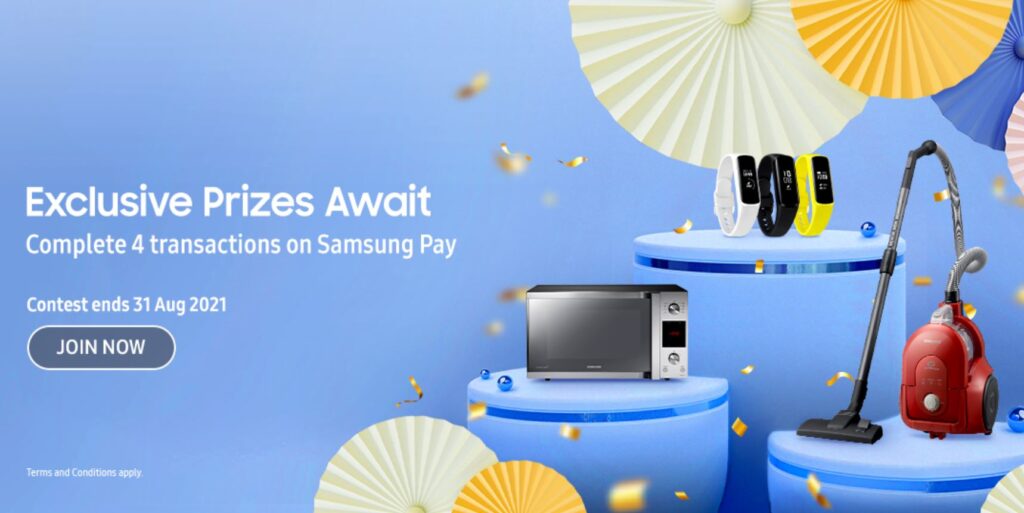 Launched in Malaysia in 2017, Samsung Pay has grown from strength to strength and for their Samsung Celebrate Mid Year Campaign, merely using it can let you stand a chance to score some sweet Samsung prizes.

From now until 31st August 2021, customers who use Samsung Pay can stand a chance to win prizes that include Samsung Convection Microwave Oven, a Samsung Canister Vacuum Cleaner or a Samsung Galaxy Fit-e.

Naturally, there’s some slight caveats of course as Samsung Pay is primarily available on Samsung’s flagship phones like the Galaxy S21 Ultra 5G, S21 Plus and S21 as well as the majority of top-end models like the S20 series, S10 series, Note20 series and Note10 series.

How to participate in Samsung Celebrate Mid Year Campaign

Here are the campaign mechanics:

For more details check it out on a Samsung Galaxy phone by clicking this link here.