Samsung’s Galaxy Note series has turned 10 this year. It’s quite a testament to the Galaxy Note series’ popularity that it has come this far and Samsung is celebrating the occasion with a 10th Galaxy Anniversary Premium Bundle and an Eco Bundle that lets you get their most powerful phone along with a slew of accessories at exceptionally tempting prices.

The Samsung 10th Galaxy Anniversary Premium Bundle throws in the Galaxy Note10+ 256GB with a silicon casing, a Galaxy Watch Active2 paired with two swappable watch straps and the Samsung Galaxy Buds. If you bought all this kit separately, it would have cost a hefty RM6,214 but the premium bundle itself costs RM5,599 which represents a hefty RM615 in savings.

This combination of kit comprises some of their best wearables in their inventory. The Galaxy Note10+ is one of the best phones they’ve ever made at a price tag that still hovers within the realm of reason while their Galaxy Buds are fast-pairing and solid wireless offerings.

Their Galaxy Watch Active 2 which we field tested recently is also an equally solid smartwatch with their innovative digital rotating bezel. If you’re about to hop onto the Samsung bandwagon, this kit gets you all their best gear in one fell swoop. Even if you just want the phone, the secondary accessories and kit can be pieced out as very welcome gifts. 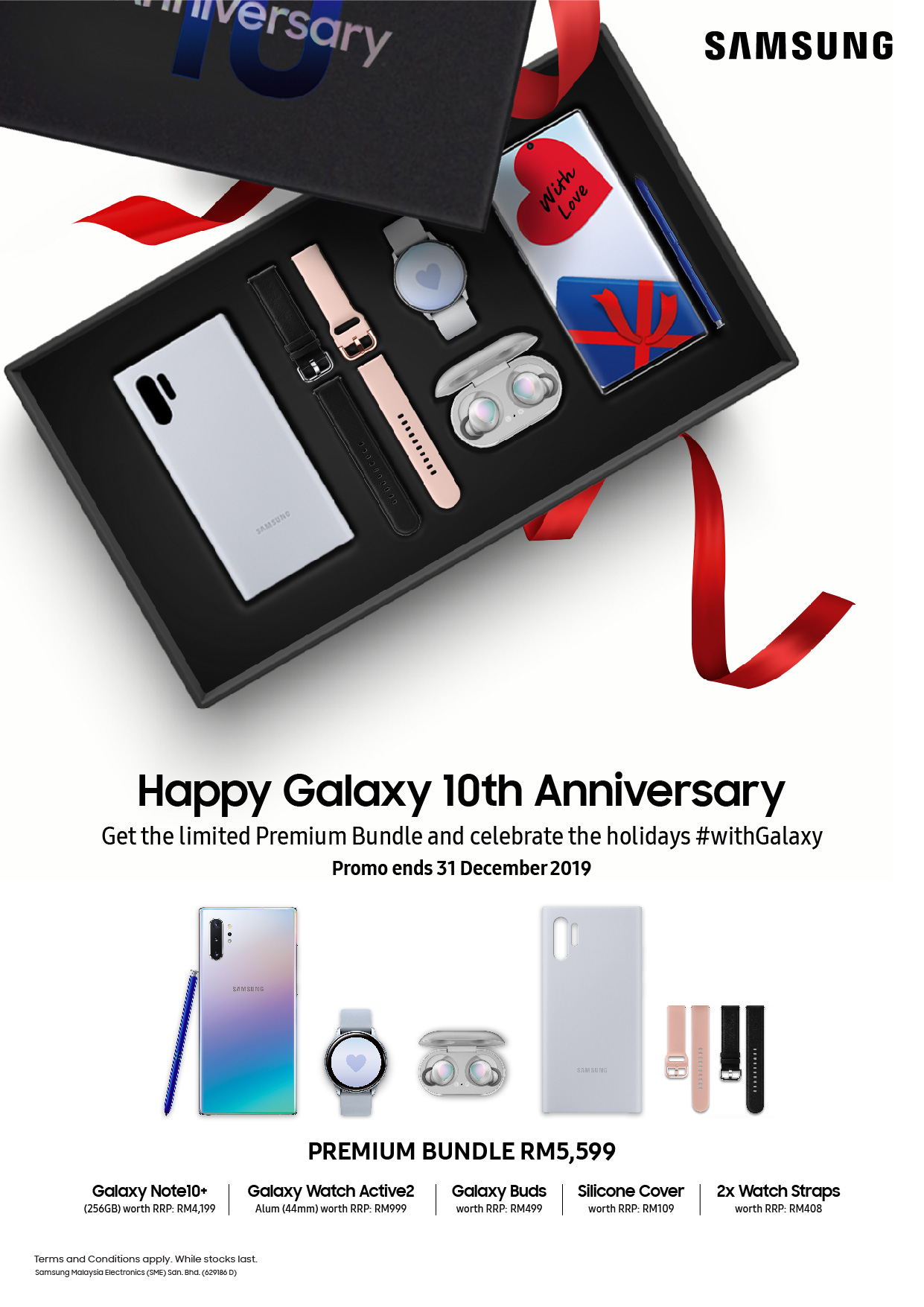 As you’d likely surmise from the name, the Samsung Eco Bundle covers the essentials and throws in the 256GB variant of the Galaxy Note10+ and a Galaxy Watch Active2 44mm as one paired bundle with a total savings of RM799. If you buy them individually, you’re chunking out RM5,298 but the Eco Bundle lets you get it at RM4,499. 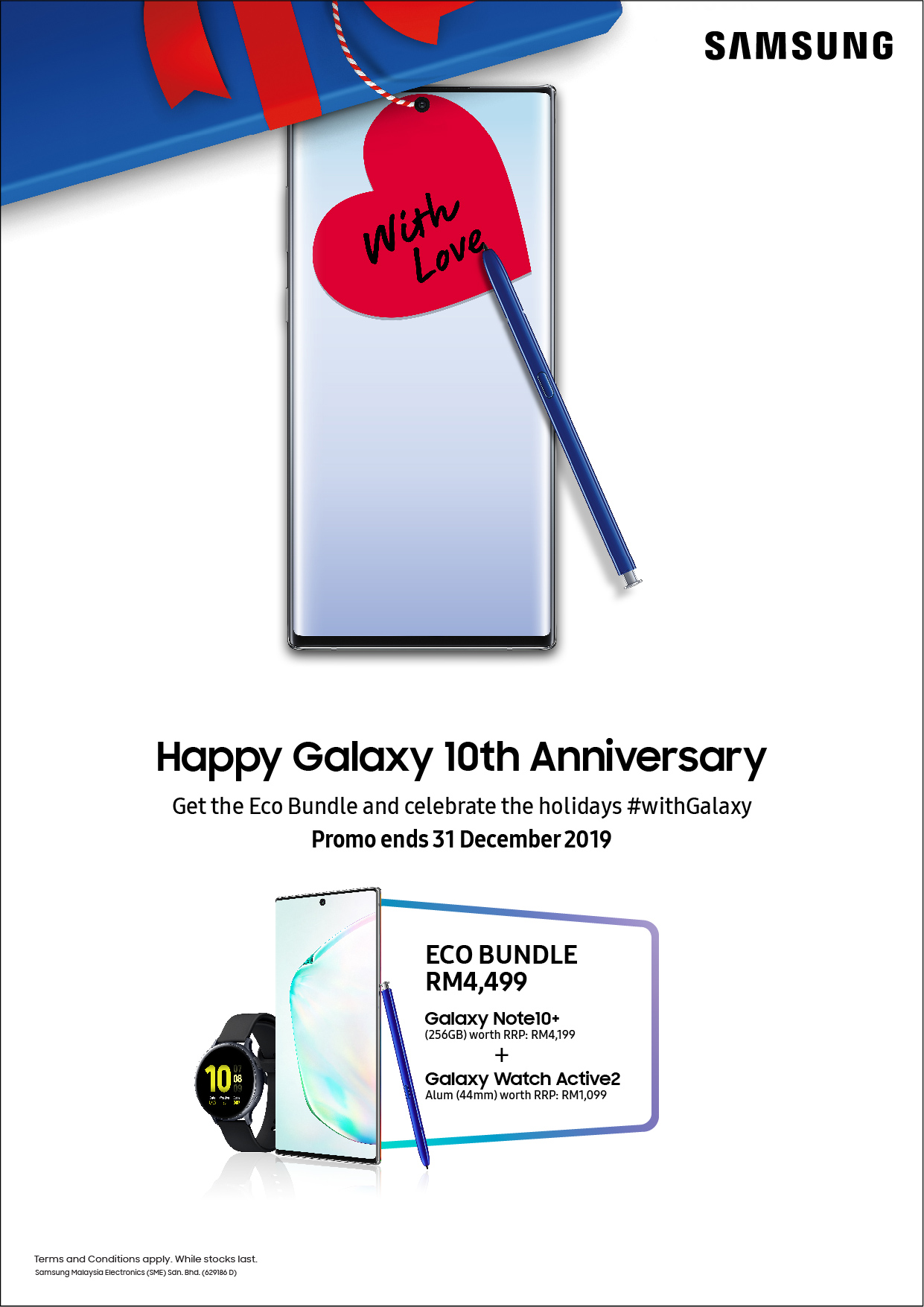 Where can I get the Samsung 10th Galaxy Anniversary Premium Bundle?

As Samsung’s most powerful phone short of the Galaxy Fold, the Galaxy Note10+ very rarely goes on discount outside of the pre-order bundles before its official debut. Now, as part of the 10th anniversary celebration of the Galaxy Note series, you’re getting them with a ton of added extras.

If you look at it one way, the Eco Bundle lets you get a Galaxy Watch Active2 for just an extra RM300 seeing as the retail price of a Note10+ is already RM4,199. The premium bundle adds in significantly more value for what you pay for as the addition of RM1,400 gets you a Watch Active2 with two spare straps, a free case and a pair of Galaxy Buds in the bargain. For more details swing by https://www.samsung.com/my/offer/mobile/galaxy-10th-anniversary/