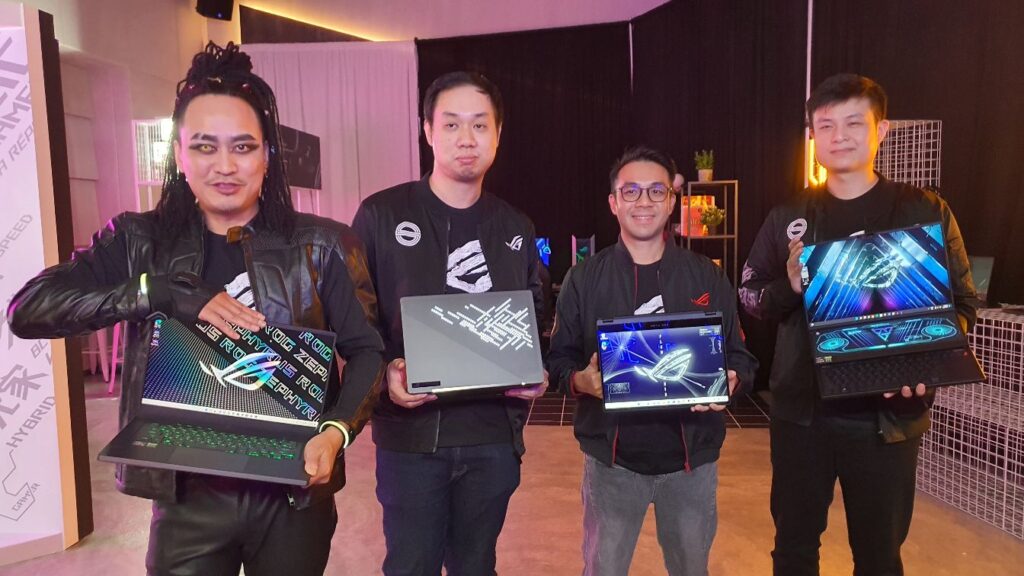 The latest generation ROG Flow X13 which was revealed earlier this year and which will be in Malaysia in the near future features a 360-degree hinge like its predecessor to allow it to turn into a display on demand. 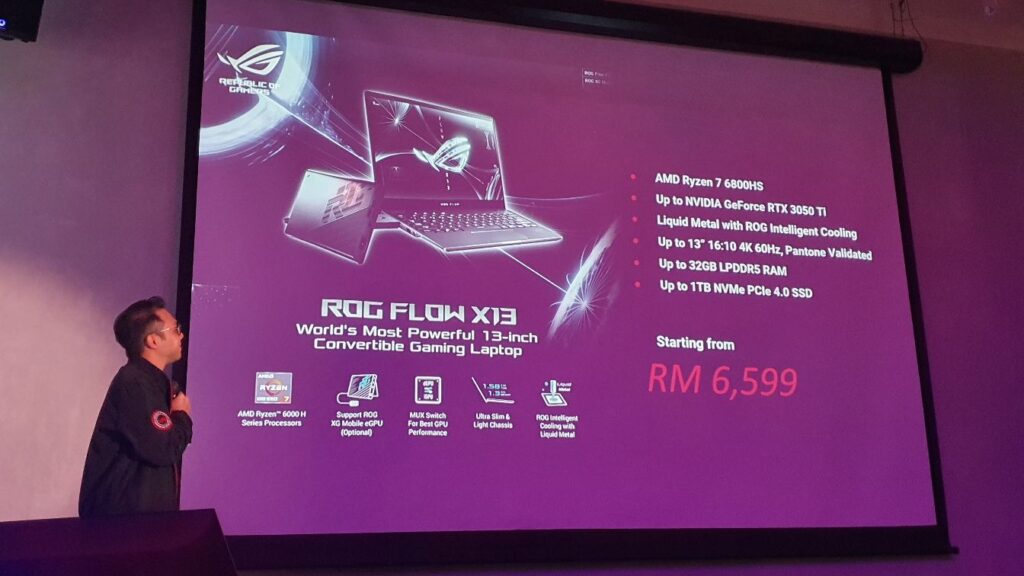 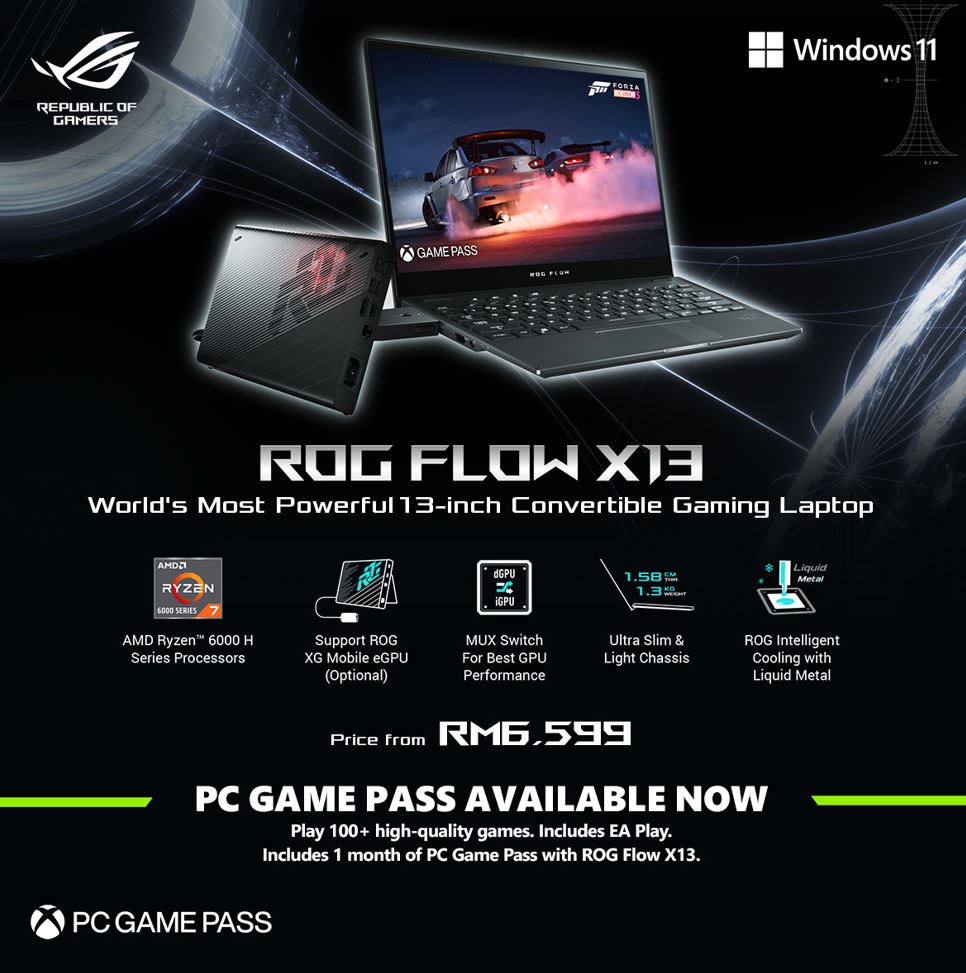 A slightly more affordable downgunned version of the ROG Flow X13 retains a similar AMD Ryzen 7 6800HS CPU but pares the 13.4-inch touchscreen down to 1080P but ups the refresh rate to 120Hz, while having less RAM at 16GB DDR5 available, a more modest NVIDIA RTX 3050 GPU with 4GB GDDR6 vRAM and a 512GB SSD. It also ships with just a sleeve and pen for a combined price tag of RM6,599. For more details check out their official page here at https://rog.asus.com/my/laptops/rog-flow/rog-flow-x13-2022-series/

The ROG Zephyrus Duo 16 2022 models come in two variants with both featuring a secondary touchscreen display at the bottom for serious multitasking and gaming duties. 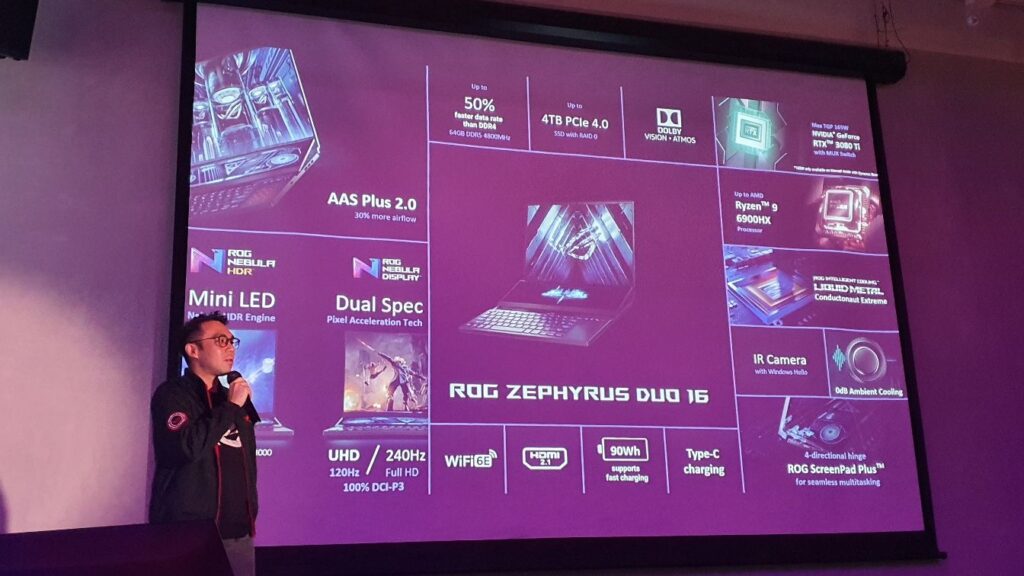 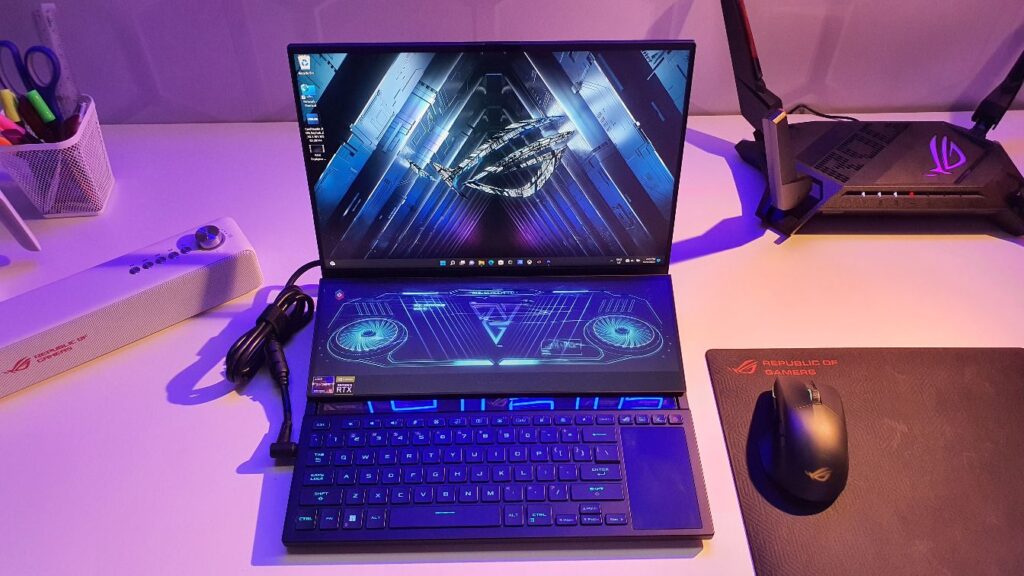 It also has a secondary 14-inch ScreenPad Plus 4K touch display in a fashion akin to the Zenbook Pro 14 Duo OLED we tested awhile back.. Powering this version is an AMD Ryzen 9 6900HX processor paired with an RTX 3080 Ti with 16GB GDDR6 vRAM, 64GB DDR5 RAM and a massive 2TB of RAID 0 storage via two 2TB SSDs. 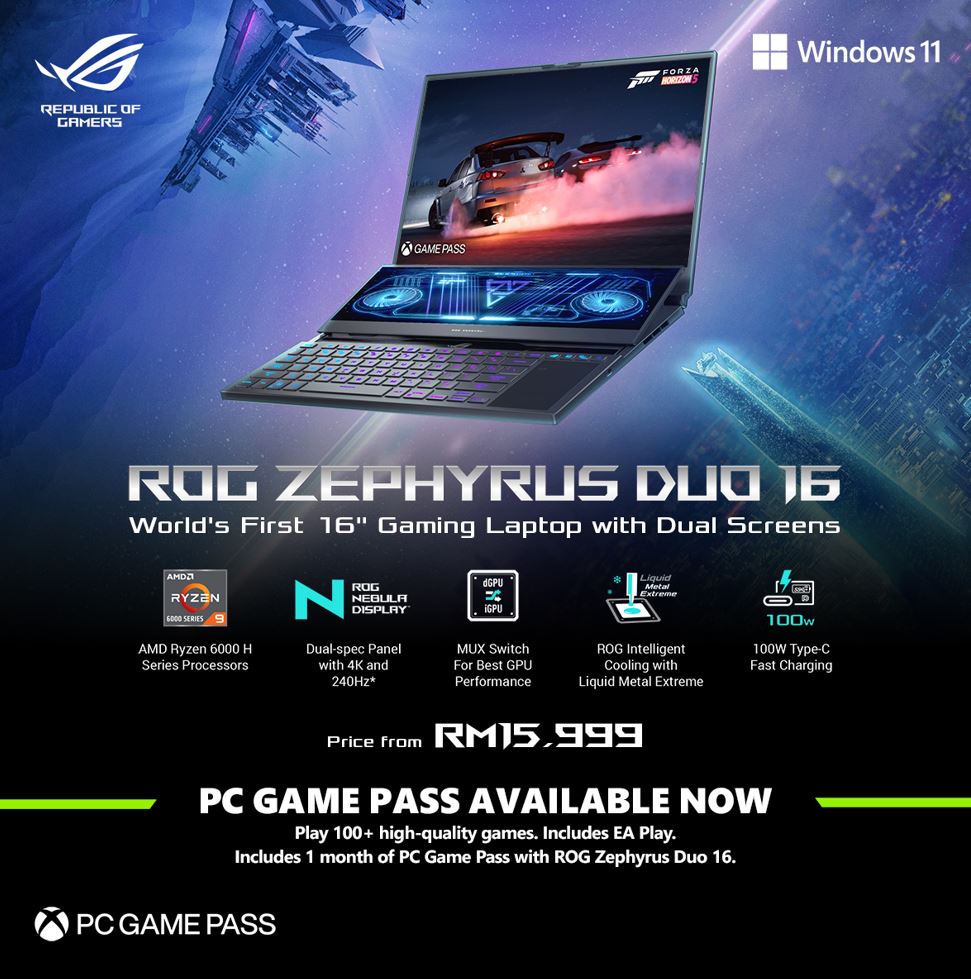 A vastly more affordable ROG Zephyrus Duo 16 variant has similar hardware including the same processor but pares the GPU down to an RTX 3070 Ti with 8GB GDDR6 vRAM, the RAM to 32GB DDR5 and the storage to just a 1TB SSD while the main display is a 16-inch QHD+ non-touch panel  with 165Hz refresh rate with a similarly specced 14-inch ScreenPad Plus 4K resolution touchscreen at the bottom. This version of the ROG Zephyrus Duo 16 2022 costs just RM15,999. 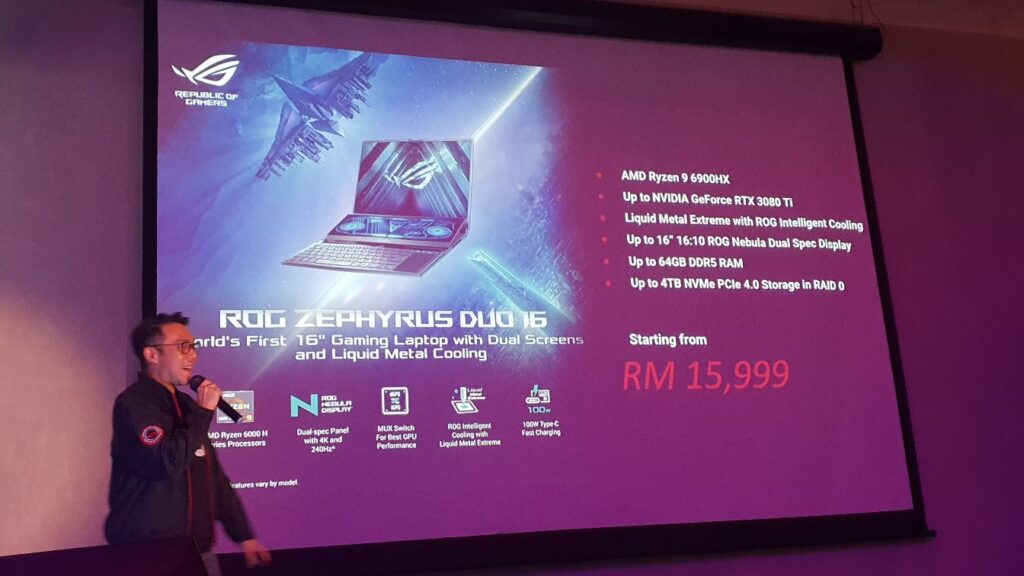 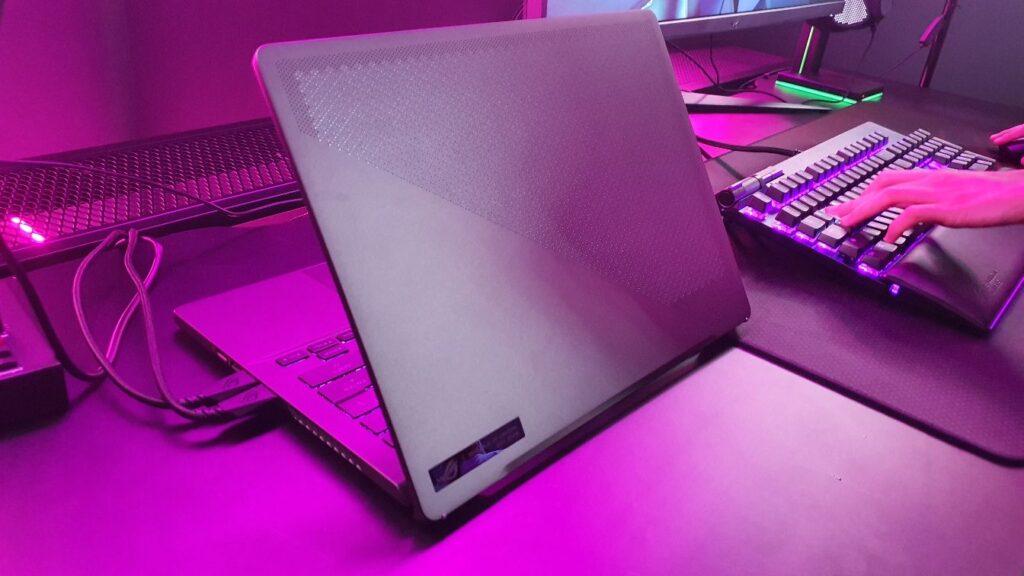 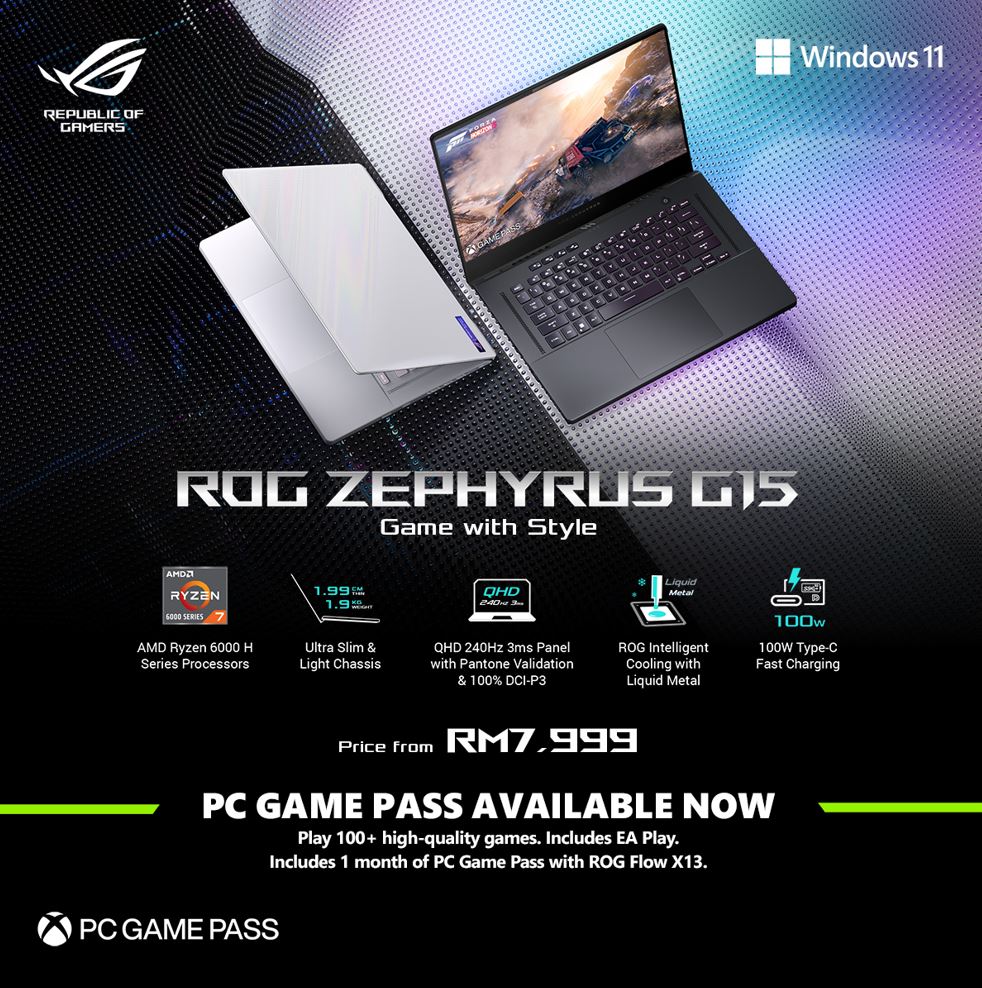 A slightly more affordable G15 variant comes in either white or grey with the same AMD RYzen 7 6800HS processor but differs with a slightly slower RTX 3060 GPU with 6GB GDDR6 vRAM, a 15.6-inch 165Hz QHD panel which has a slightly slower refresh rate, 16GB DDR5 RAM and a 1TB SSD. 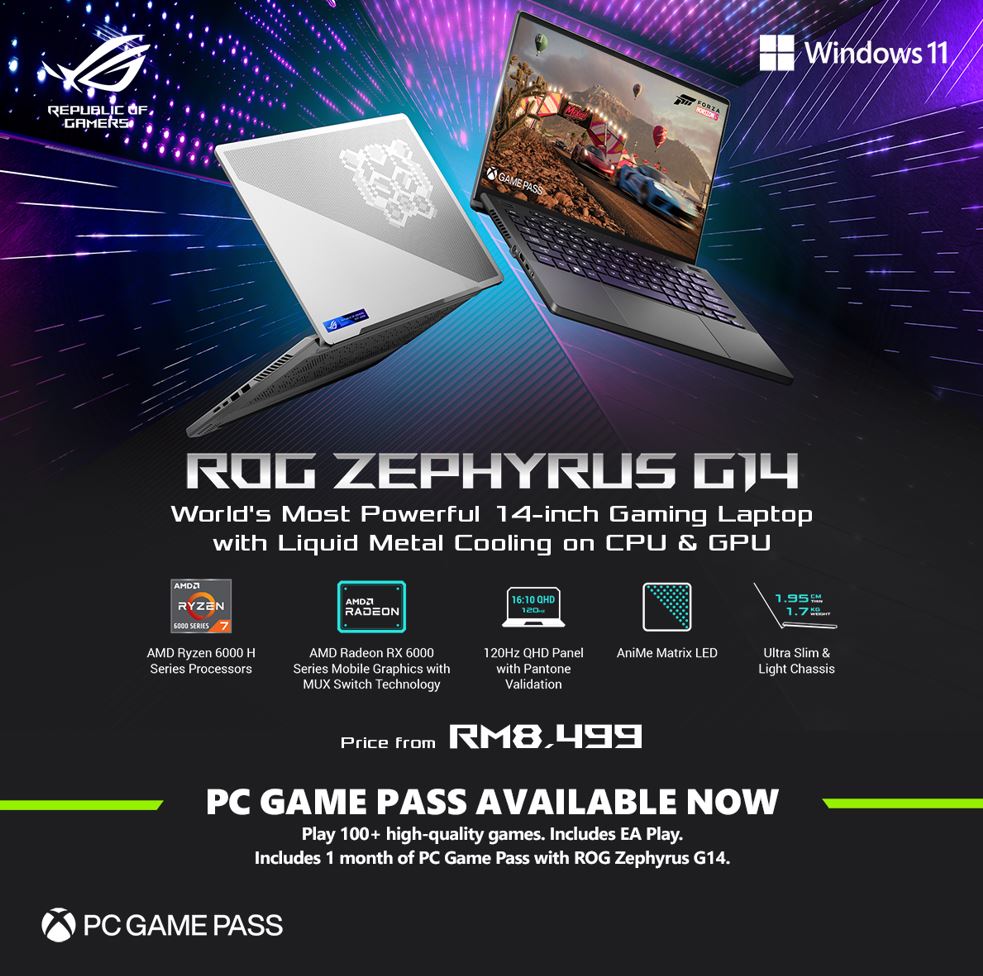 A slightly cheaper version features the same CPU, display and storage but pares the RAM down to 16GB DDR5 and uses a slightly slower AMD Radeon RX6700HS GPU with 8GB GDDR6 VRAM for RM8,499. For more details on the Zephyrus G15 2022 series, check out their official site here while the Zephyrus G14 2022 official details can be found here.