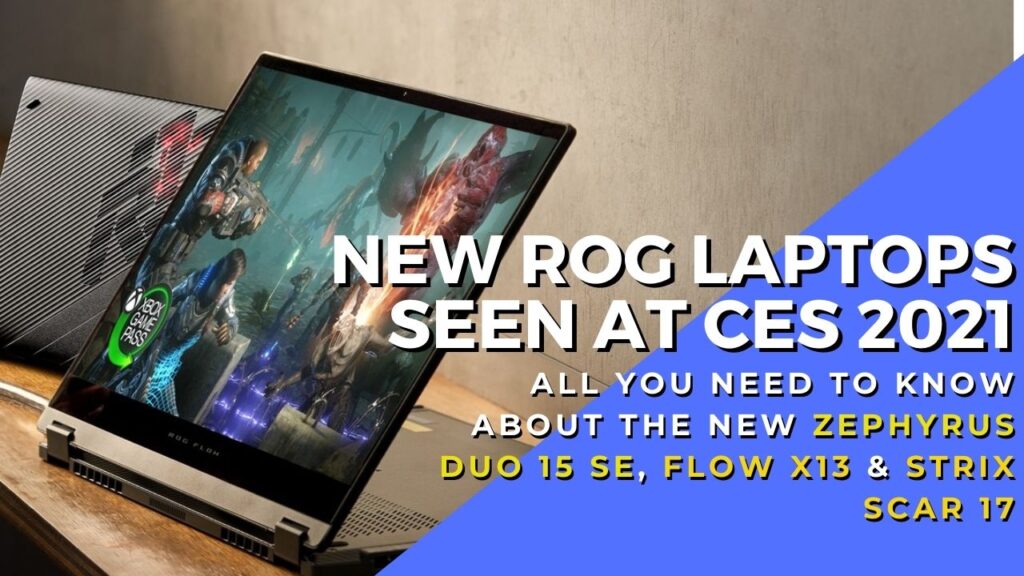 CES 2021 is a veritable technophile’s Disneyland and while it’s completely virtual this time around, the excitement is just as palpable especially around ASUS’s own gamer-centric Republic of Gamers brand.

ROG have unveiled a trio of gaming laptops dubbed the ROG Flow X13, the ROG Zephyrus Duo 15 SE and the ROG Strix SCAR 17 to the world.

Somewhat akin to the ZenBook Duo series save for a more gaming oriented audience and the upgunned successor of the original Zephyrus Duo 15 launched in August last year, the new ROG Zephyrus Duo 15 SE sports a 15.6-inch 120Hz 4K display or a 300Hz Full HD display with 3ms response time. Both screen options are Pantone validated and feature Adaptive-Sync support.

This primary display is paired with a secondary ScreenPad Plus touchscreen display at the bottom that expands screen real estate and doubles as a means to add more shortcuts or access macros for serious multi-tasking.

There is a minor trade-off in that the Zephyrus Duo 15 SE has a slightly squished keyboard layout to accommodate the ScreenPad Plus but it’s a tradeoff well worth making for the added versatility and screen real estate. 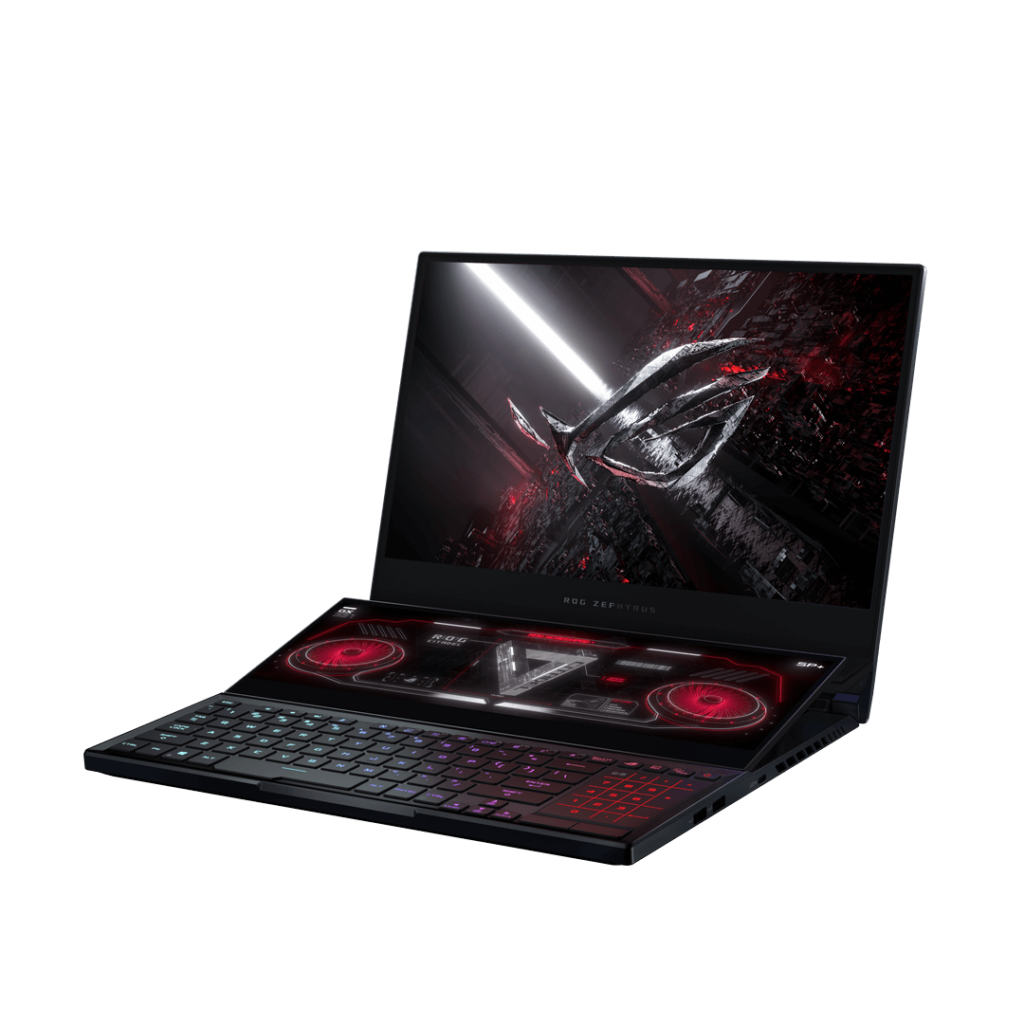 The other hardware crammed into the Zephyrus Duo 15 SE include an AMD Ryzen 9 5900HX CPU, NVIDIA GeForce RTX 3080 graphics and what ROG calls an Active Aerodynamic System Plus cooling system.

This setup adds an air intake under the secondary ScreenPad display to enhance cooling efficiency while their new Arc Flow fans help to increase airflow from the CPU, shunting it to four heatsinks for sustained gaming performance. There’s no word on availability and pricing but you lot will be the first to know.

The ROG Flow X13 is an interesting 13-inch gaming laptop that has a 360-degree hinge, allowing it to be flipped all the way around as a display for extended movie watching sessions in between Black Ops and Fortnite.

Unique hinge aside, the ROG Flow X13 sports a 13-inch Full HD touchscreen display with a 120Hz refresh rate or, optionally, a 4K display. Both options have a 16:10 aspect ratio, support Adaptive Sync and are Pantone validated for colour accuracy.

This ultraportable gaming laptop is  also unique in that it uses an AMD Ryzen 9 5980HS processor paired with NVIDIA GeForce GTX 1650 graphics.

Optionally, you can hook it up with an ROG XG Mobile external GPU, allowing it to gain access to a full-sized NVIDIA GeForce RTX 3080 GPU for desktop-grade gaming performance.

Keeping the ROG Flow X13 cool are a trio of heatsinks and an equal amount of ROG’s new Arc Flow fans that improve airflow by up to 15% without making them noisier. There’s no word on the price tag yet but we’ll let you know.

Originally named after and inspired by the Fabrique Nationale SCAR rifle that’s in limited issue with the US military, the ROG Strix SCAR 17 is, like its namesake, extremely battle ready for the virtual gaming battlefields of today. 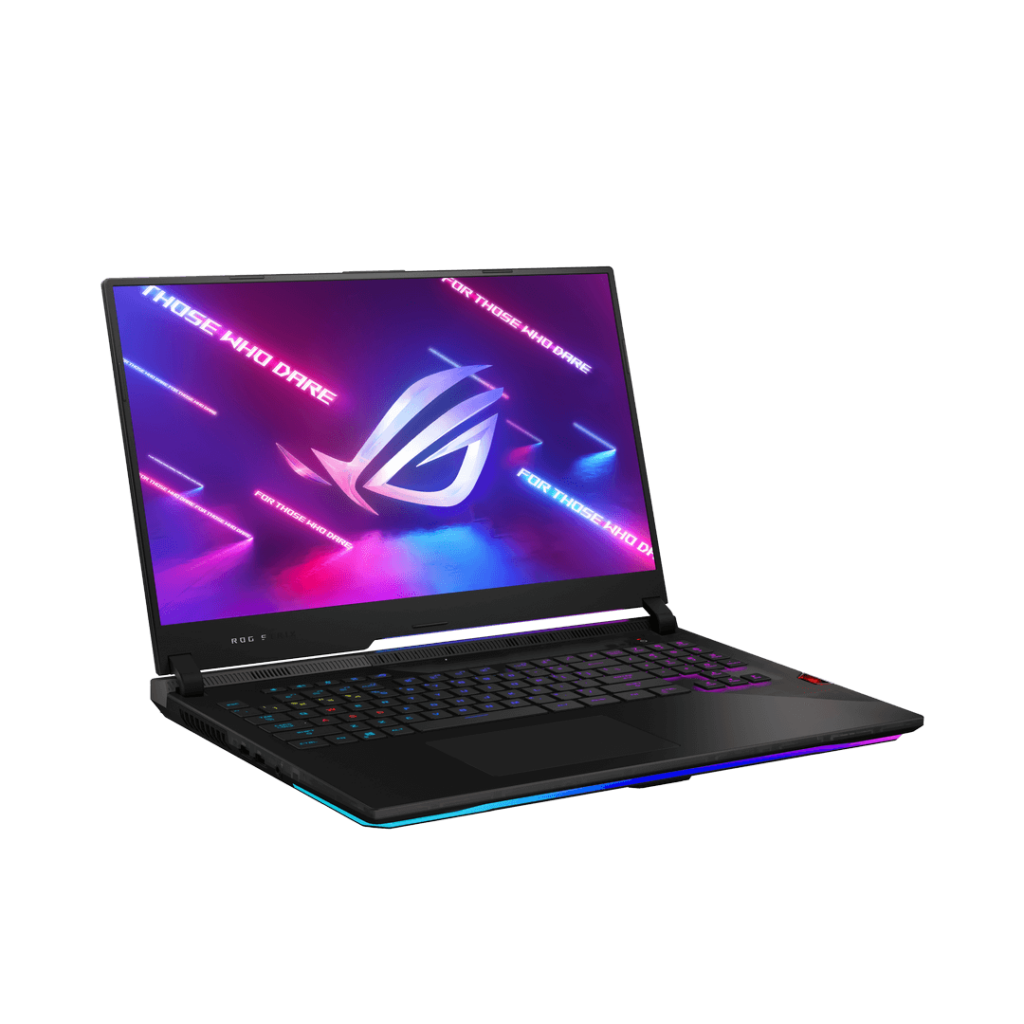 The ROG Strix SCR 17 comes with either a Full HD 360Hz display with 3ms response time or a WQHD resolution panel with 165Hz refresh rate, both of which sport Adaptive Sync support.

It can also be equipped with up to an AMD Ryzen 9 4900HX processor, up to 64GB RAM and up to an NVIDIA GeForce RTX 3080 graphics card. Other mod-cons include quad-speakers enhanced with Dolby Atmos support, a huge 90Wh battery rated for 12 hours of video playback and an optional mechanical keyboard with per-key RGB lighting.

No official word on how much this gaming behemoth will cost or when it will arrive in-country in Malaysia or what configurations it will come in but we’ll let you know the moment they do.