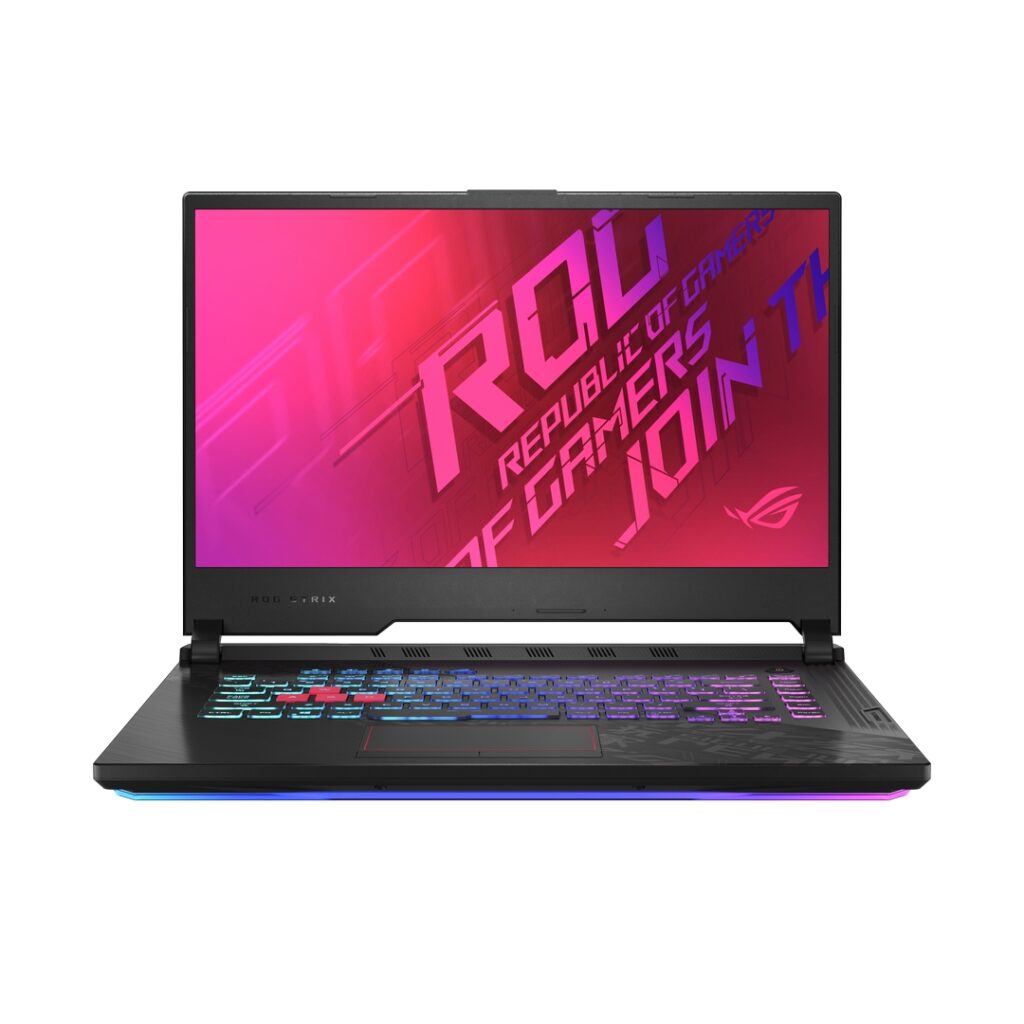 When it comes to gaming notebooks and peripherals, what they look like is often as important as what they pack on the inside and the ROG Strix G15 Electro Punk gaming notebook aims to tackle that conundrum head on as it comes with a raft of game-ready hardware shoehorned into a chassis with shocking neon pink RGB backlighting in every conceivable corner. The best part? It comes with a matching set of accessories to complement its unmistakable bold design. 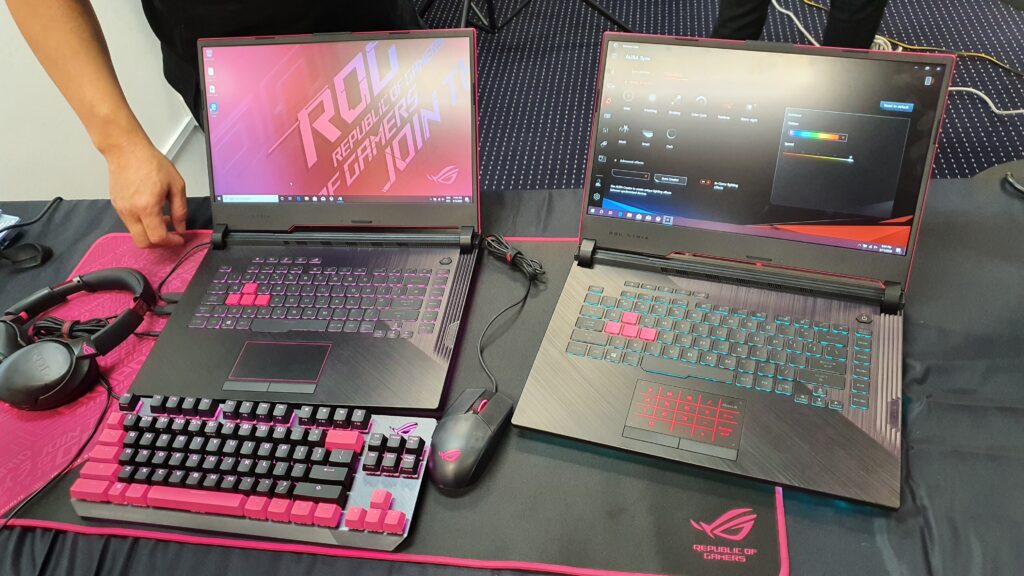 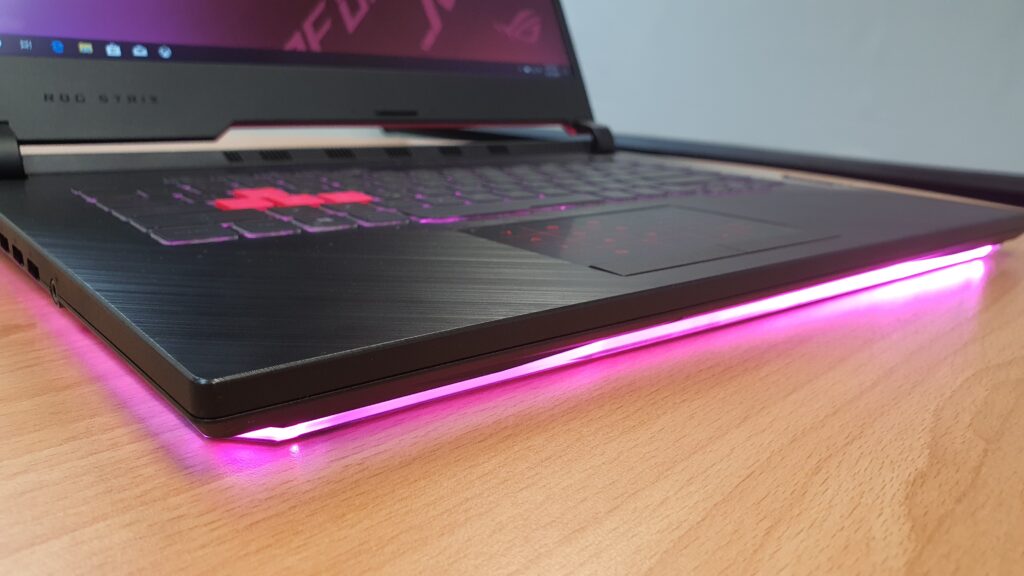 To be clear, the ROG Strix G15 Electro Punk is otherwise functionally similar to its other siblings that come in more conventional colours that Asus has designated as Glacier Blue and Original Black save for its striking pink aesthetics. 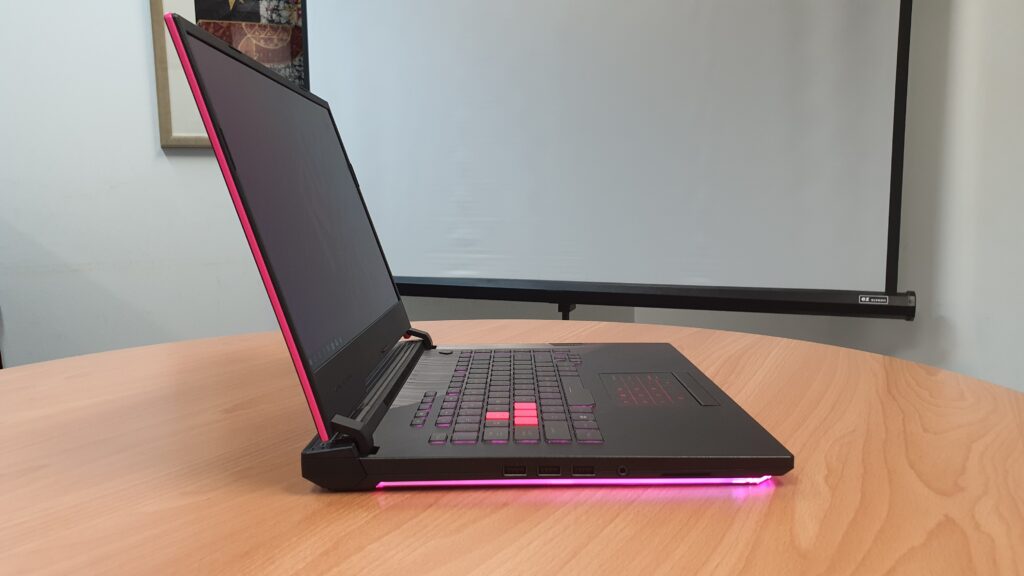 Alas, we weren’t able to get an image or see what the backpack looks like but we were assured that it was impressively pink. 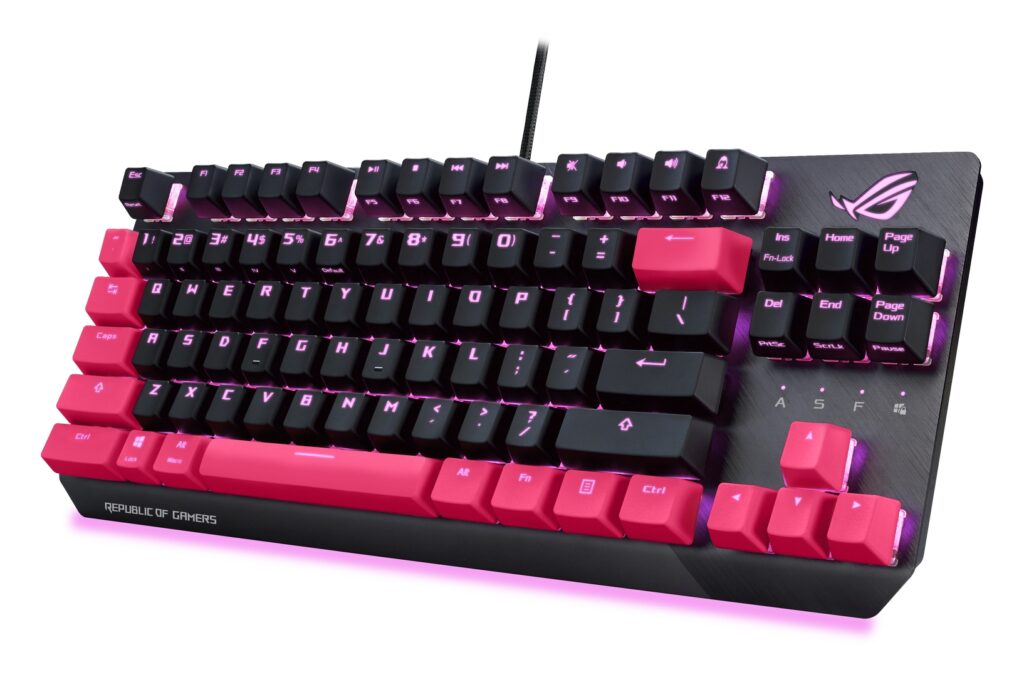 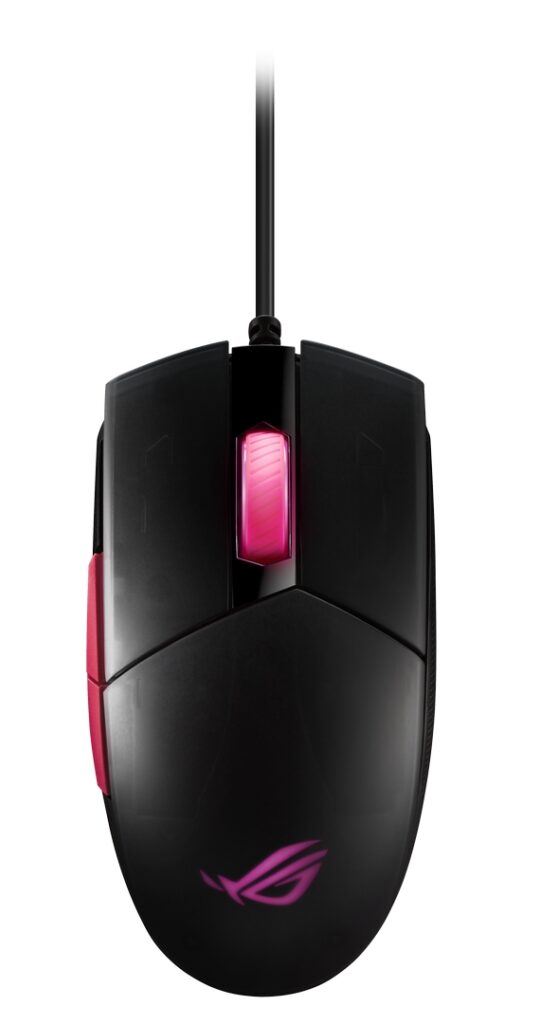 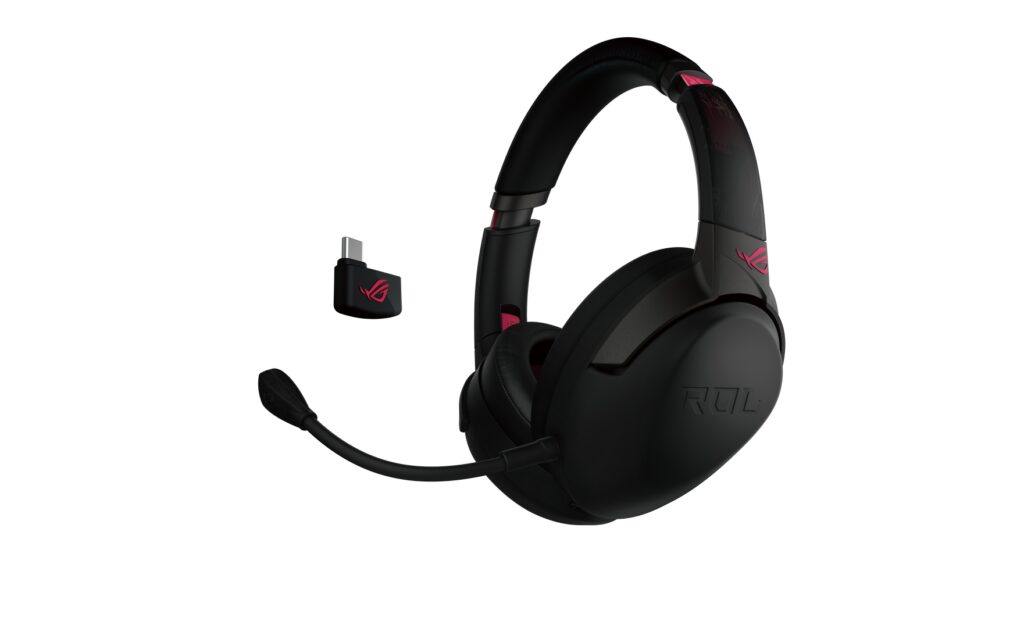 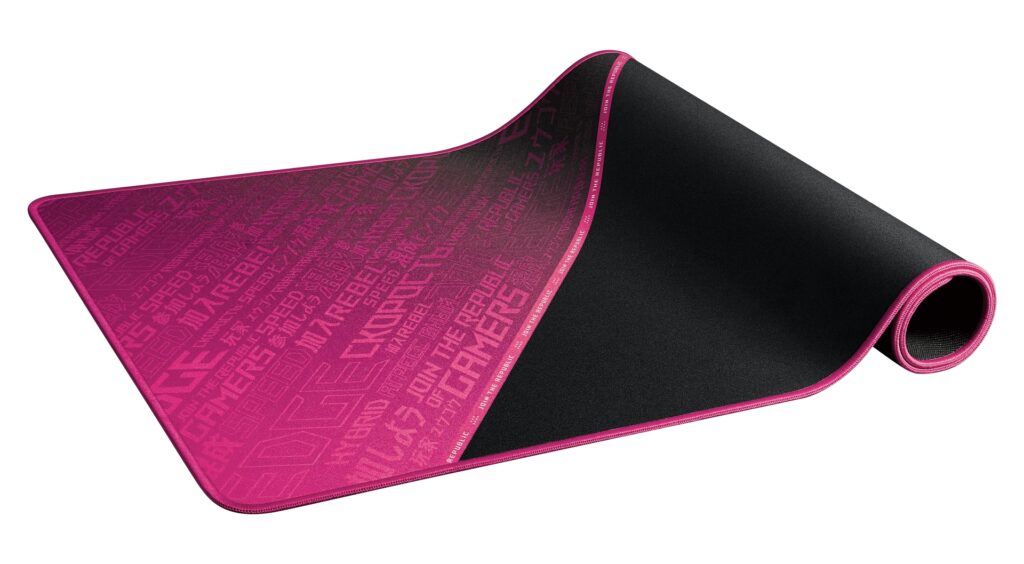 That’s a ton of accessories by any measure of the word. Bar the mouse pad which is bundled with the notebook, the rest are all optional and can be purchased separately.

In terms of hardware, the ROG Strix G15 Electro Punk limited edition gaming rig comes with a 15.6-inch FHD display with a fast 240Hz refresh rate and is powered by the latest 10th Gen Intel Core processors with up to an Intel Core i7-10875H CPU, up to 32GB DDR4 3,200MHz RAM, up to 3 SSDs with two of them in a RAID 0 configuration and up to an NVIDIA GeForce RTX 2070 Super graphics card. 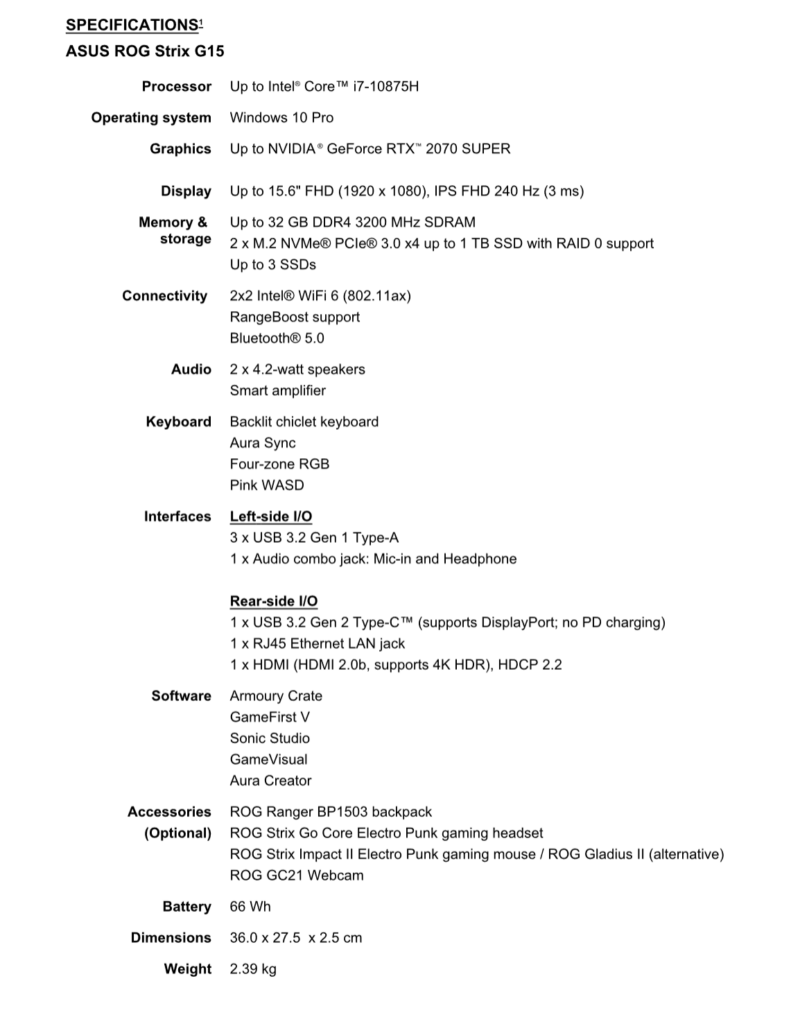 Other mod-cons include a pair of 4.2W stereo speakers, a four-zone RGB backlit keyboard on top of an RGB underglow strip around the base of the chassis and a 66Wh battery to keep it all powered and lit up well until the party is over. Just to add even more pink to the proceedings, the WASD buttons on the keyboard are also done up in the same shocking shade of pink. WiFi 6 (802.11ax) support along with Bluetooth 5.0 come as standard. 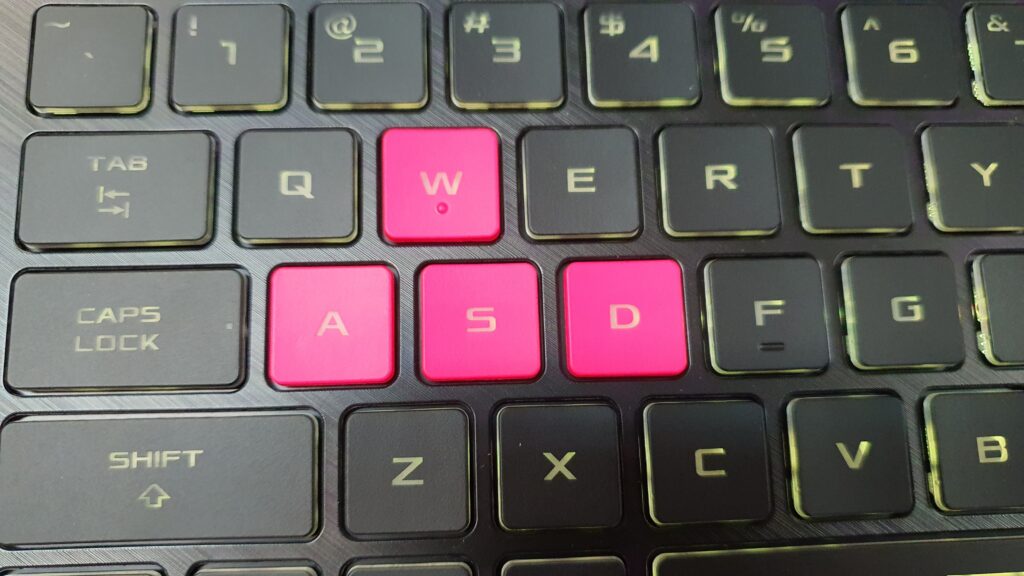 Of note is the inclusion of Asus’ Keystone II tech that is essentially a key-shaped dongle that docks into a notch inset into the side that allows for preset customisations to trigger and which also unlocks a hidden Shadow drive for, er…research. In case this deluge of pink doesn’t quite appeal, you can still acquire the ROG Strix G15 in more conventional shades of Original Black and Arctic Blue. 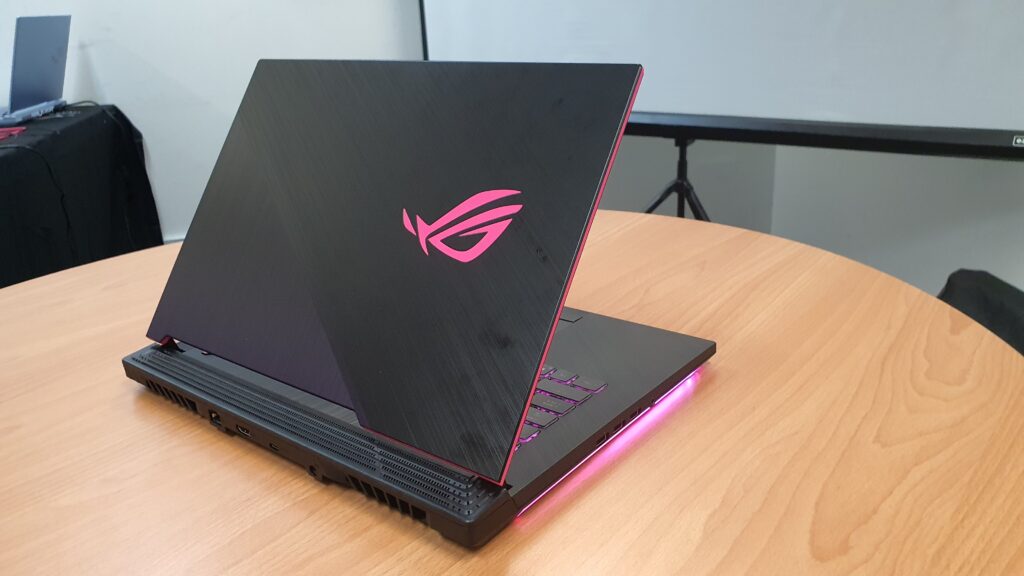 There’s no price tag yet nor the exact configuration that Asus will be bringing to Malaysia for any variant of the ROG Strix G15 including the Electro Pink variant that we wax lyrical about here but we’ll keep you updated. In the meantime keep an eye on the official ROG page here.