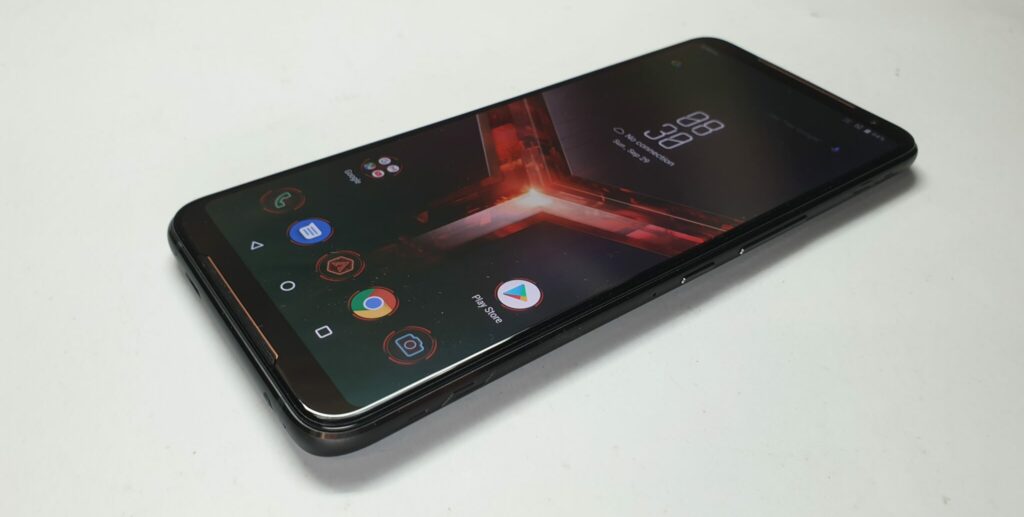 Gaming on a smartphone is a ubiquitous concept – almost everyone owns a phone and most if not everyone has indulged in a game or two on their devices in their idle moments.

While it was originally considered as a non-essential time-waster, smartphone gaming is increasingly coming to the fore to the point that phones are now specifically built from the ground up for mobile gaming. 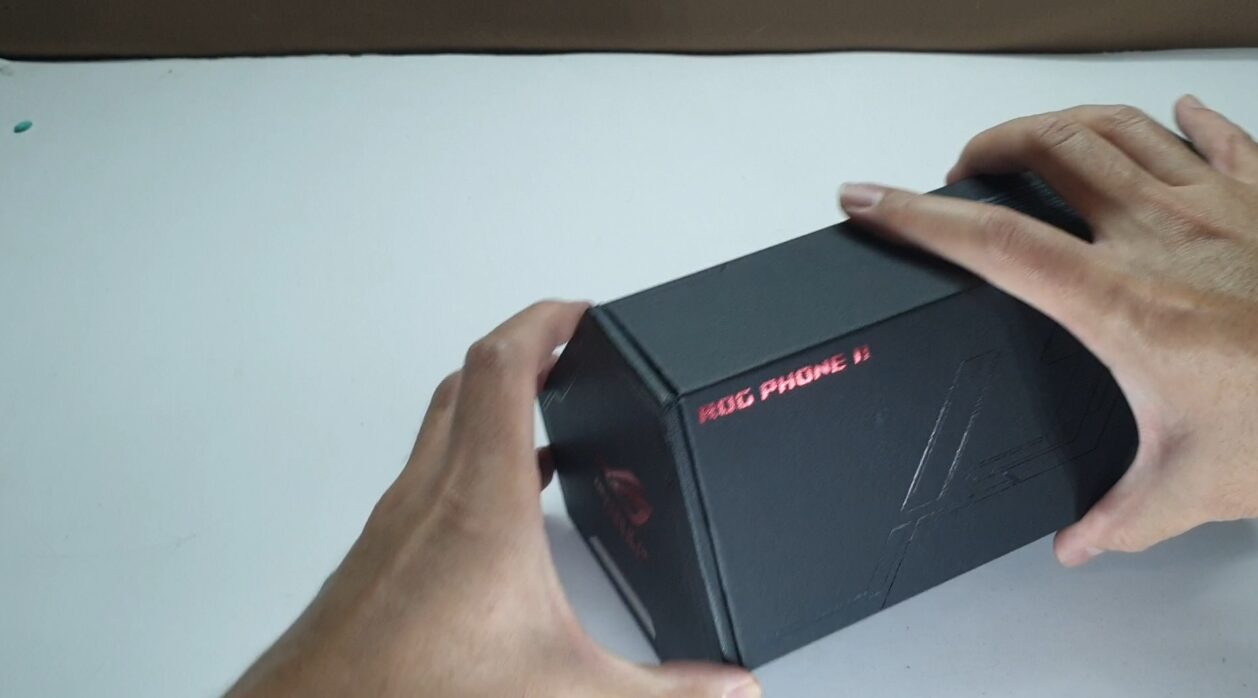 Asus debuted their first attempt at a dedicated gaming phone, the ROG Phone last year to critical acclaim. This time around, they’ve released a more refined, more powerful version dubbed the ROG Phone II that will be coming to Malaysia in mid-October 2019 in two different flavours dubbed the Elite and Ultimate Edition. 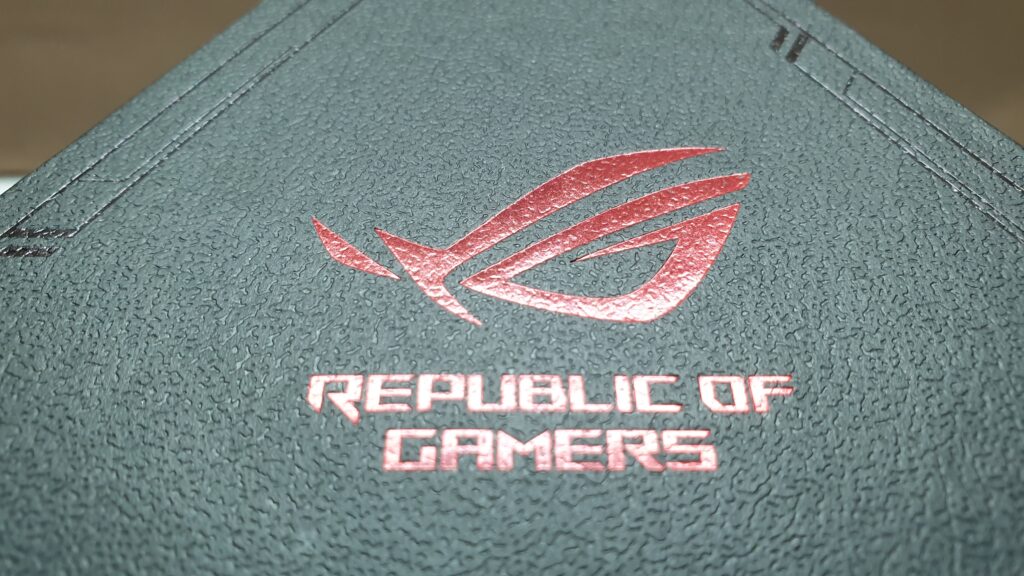 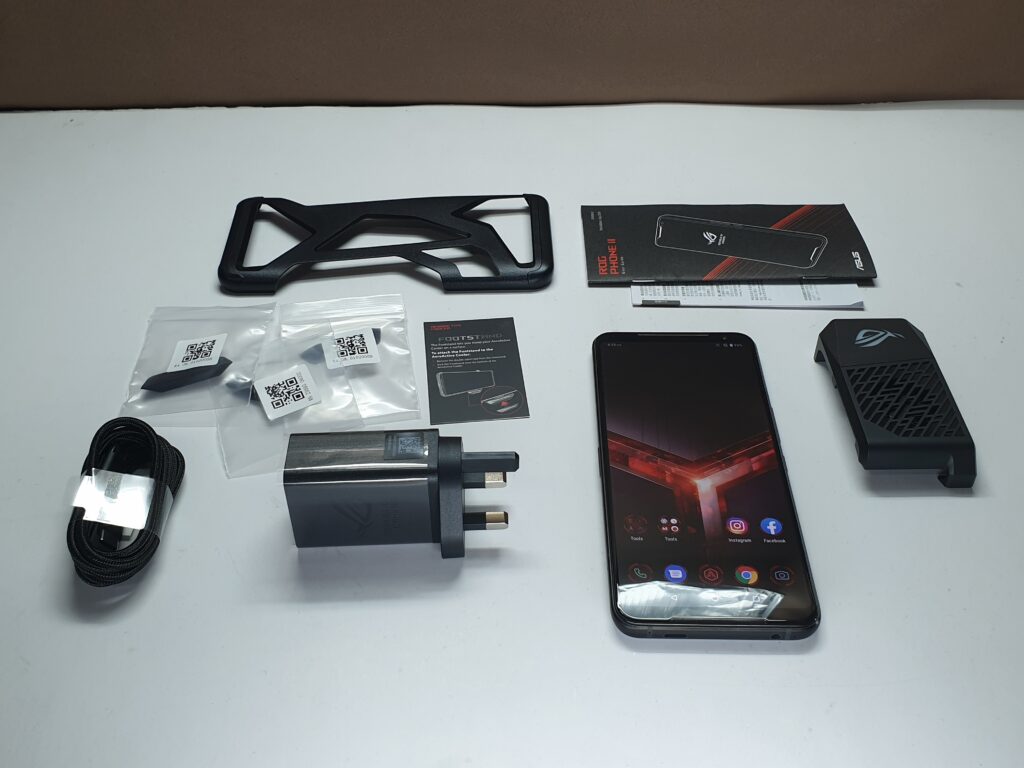 Inquiring minds will likely wonder at the differences but offhand, the ROG Phone II which is destined for Malaysia has faster 30W charging versus a modest 18W charging in the Tencent Edition, a free bundled Aeroactive Cooler Case to keep it cool versus a simple bumper case, a whopping 12GB RAM versus 8GB RAM and swifter WIGIG 802.11ad connectivity which the Tencent Edition lacks entirely. 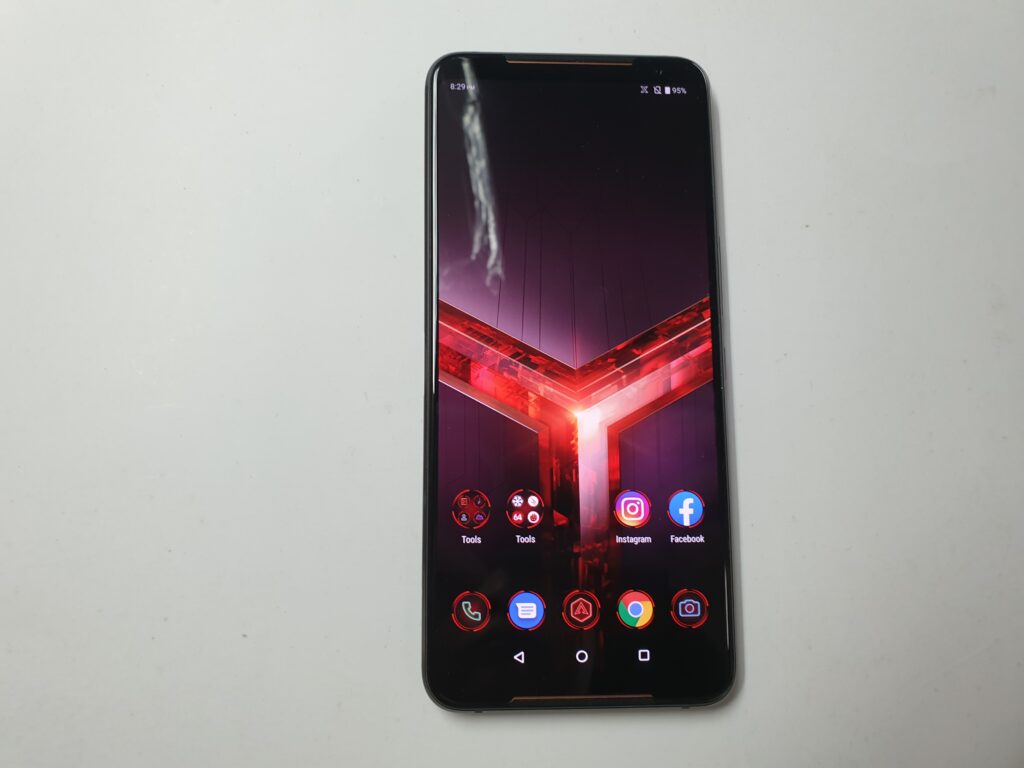 The most immediately ostentatious part is that the phone comes in the most unique packaging ever devised for a smartphone – a six-sided cardboard prism done up in black that slides open to reveal the phone and its associated kit. That said, here’s what’s in the box for the Asus ROG Phone II edition:

The ROG Phone II itself and its accessories are all crammed into the six-sided prism case with the case itself is done up in sturdy matte cardboard that has the ROG logo emblazoned on the end. Both the ROG Phone II Elite edition with 512GB storage and the ROG Phone II Ultimate Edition with 1TB storage are otherwise similar in terms of packaging and bundled kit save for different storage capacities. Another aesthetic difference is that the finish of the backplate with the Ultimate edition is matte while the standard variant is shiny. 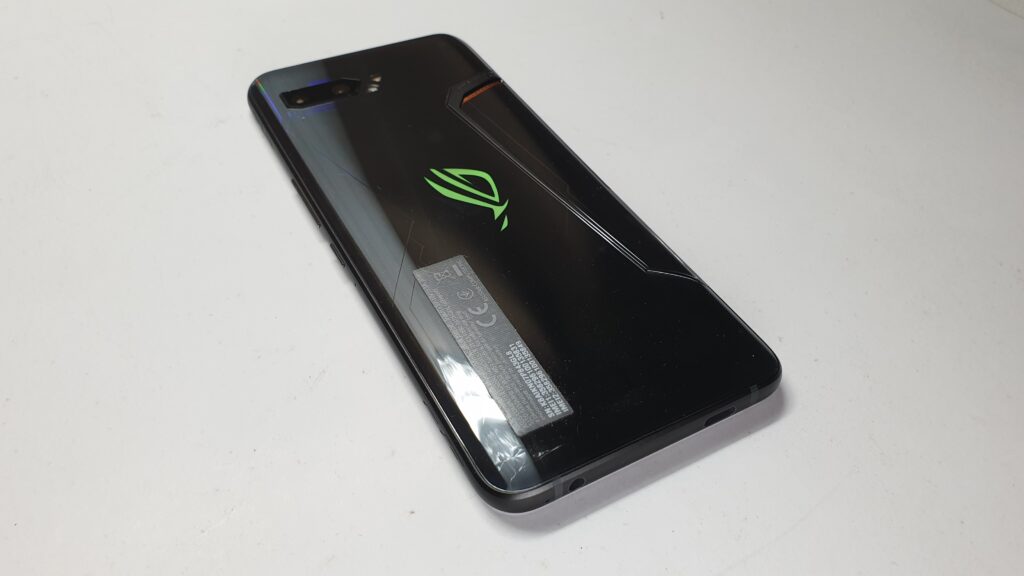 Opening the box initially resembles an exercise in puzzle solving but it’s simply a matter of firmly grasping the end of the box and then gently sliding out an internal cardboard tray which holds all the goodies nestled on each facet in secure cardboard cutouts. Fortunately there has been some forethought put into this and everything can be accessed independently of each other without having to endure the complicated origami dynamics of the original ROG phone packaging that was also somewhat fragile to begin with. 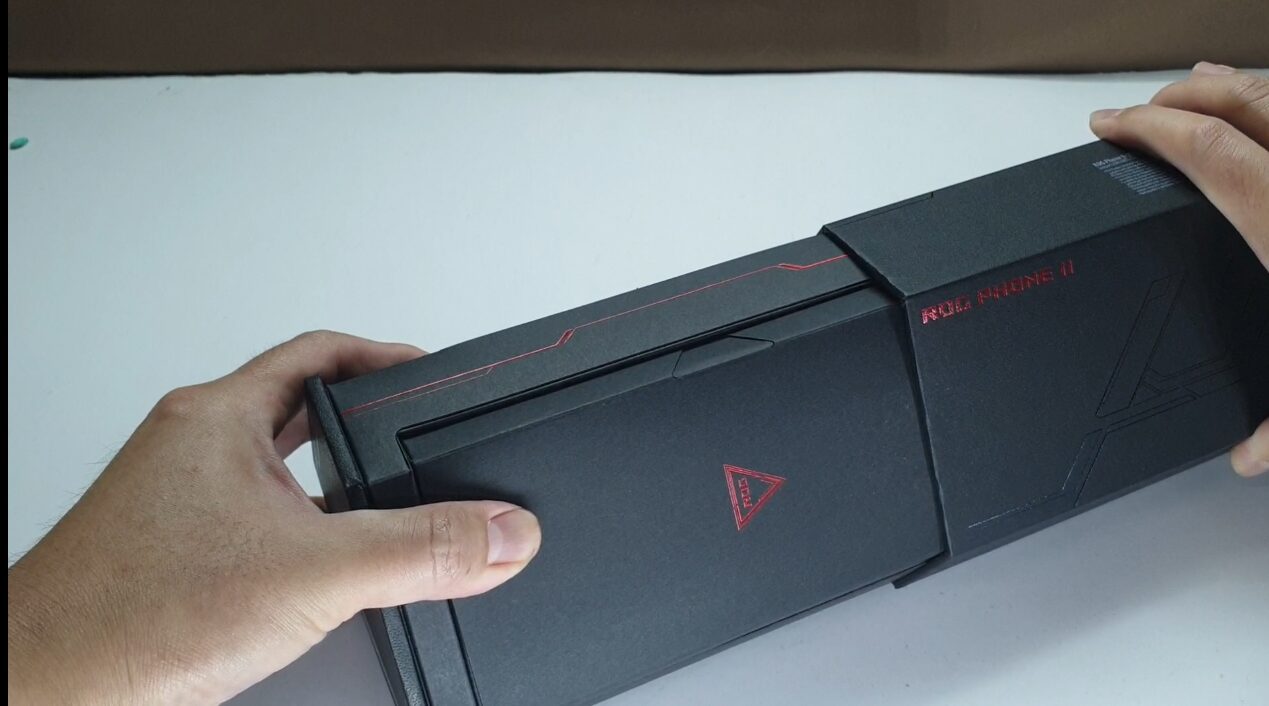 The ROG Phone II is protected by a plastic sheath and is secured into a tray by a pair of cardboard tabs while the AeroActive Cooler itself occupies another recessed tray. One facet pops open to reveal a box that comes with the rest of the kit that comes with the phone.

Within the box you get a protective casing with cutouts that ensure the rear camera, cooling vent and RGB ROG logo symbol on the back remain visible. 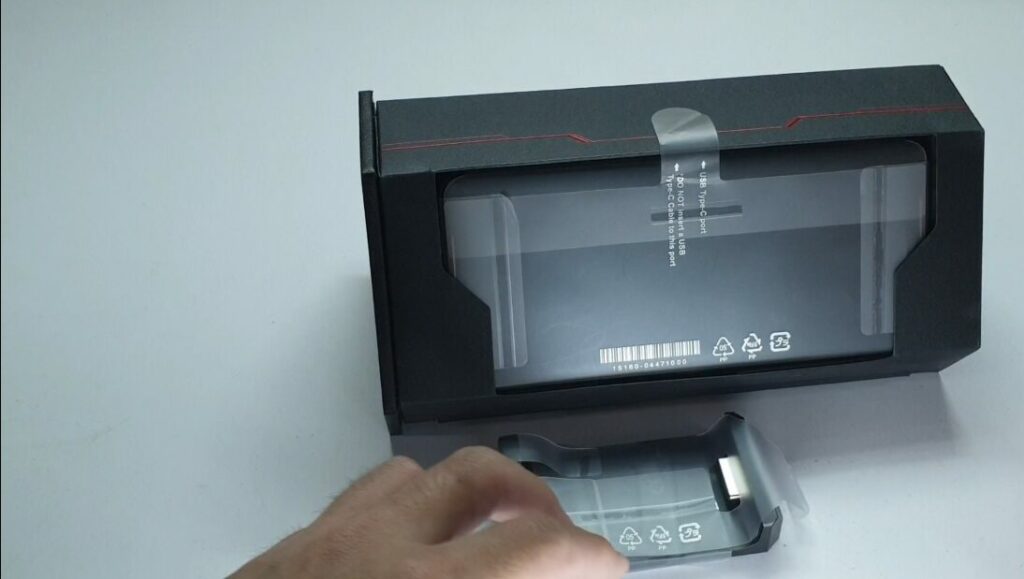 You also get a three pin UK-style 30W fast charger, a USB Type-C to Type-C charging cable and a rather nifty stand that snaps onto the Aeroactive Cooler itself and which then lets you prop up the ROG Phone II landscape-style. 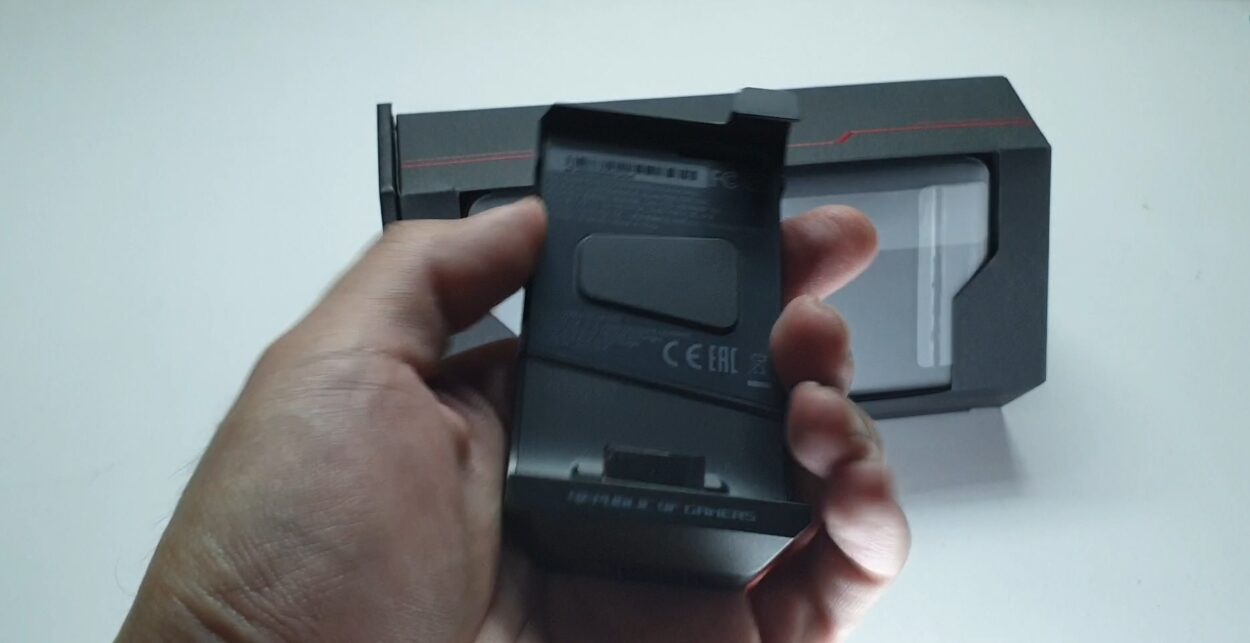 As far as presentation goes, the ROG Phone II Ultimate Edition certainly earns its name as it comes with the most impressive ‘looking packaging ever seen for a smartphone. Granted, it’s not very portable or practical for long-term storage but in terms of sheer ‘wow factor’ alone, the ROG Phone II’s six-sided prism box takes the cake. 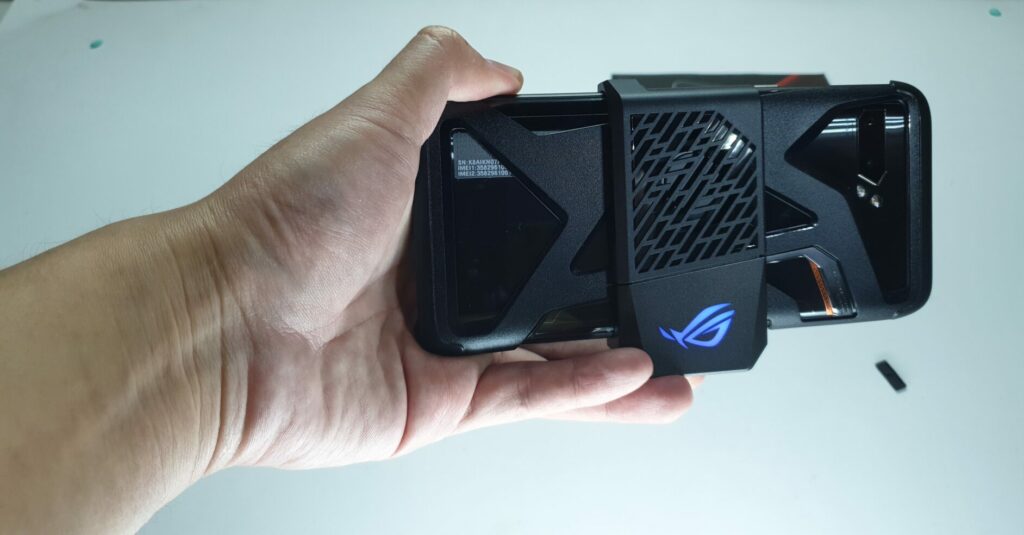 Up-close with the ROG Phone II

The Asus ROG Phone II comes with a veritable wish list of high-end gaming hardware that represents the current pinnacle of what a gaming phone should pack all crammed into one slick looking chassis. Every aspect of its design has also been optimised for gaming on top of several other gaming-specific features. 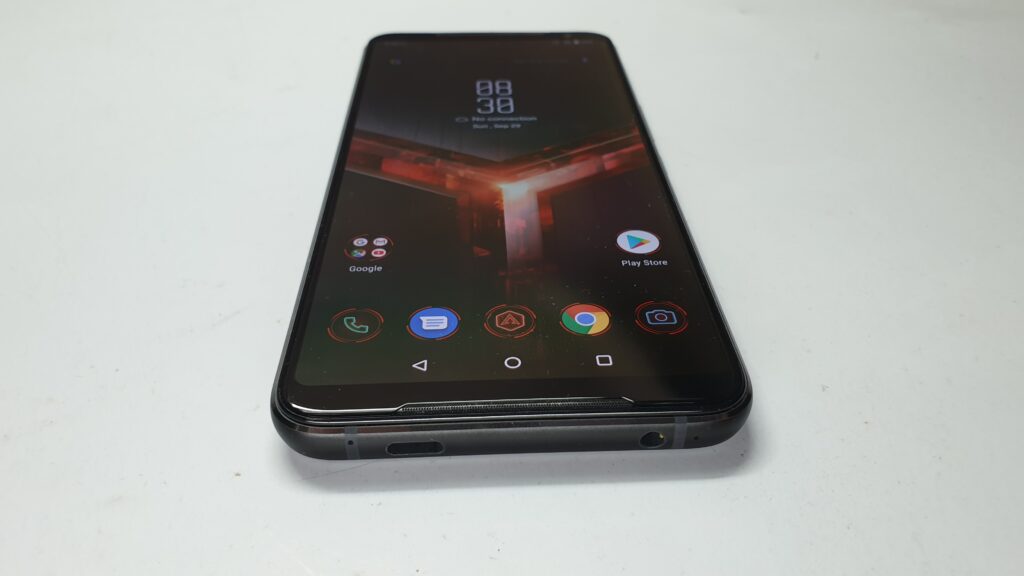 Storage differences aside, both the ROG Phone II Elite and Ultimate edition variants sport a 6.59-inch FHD+ AMOLED display that has a 500,000:1 contrast ratio, is rated to Delta E < 1 for colour accuracy and has a 120Hz/1ms refresh rate, making it ideal for even the most demanding shooters like PUBG and the like. 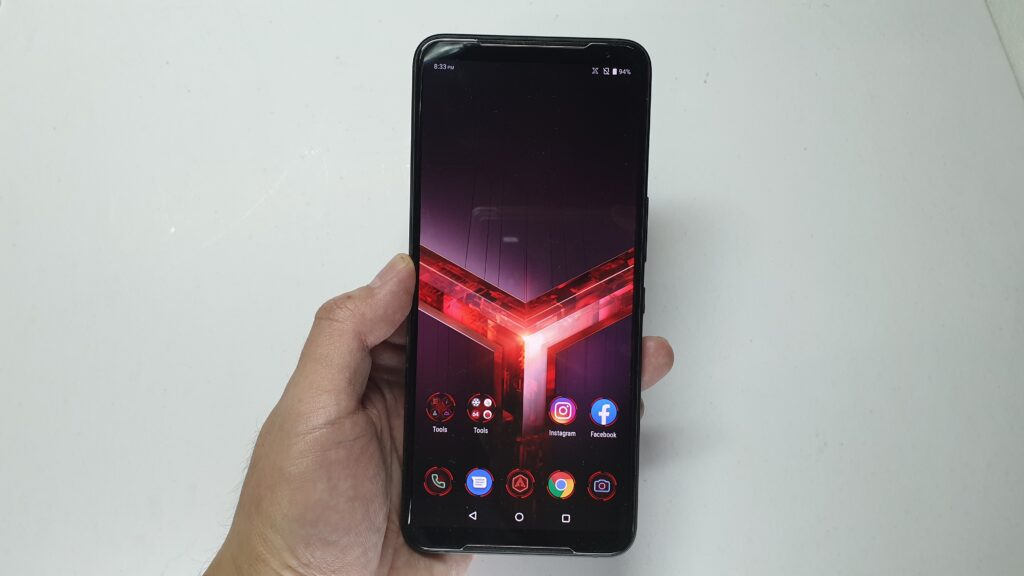 This gorgeous AMOLED display is paired with a Snapdragon 855 Plus which is clocked higher than stock Snapdragon 855 SoCs that see service in other flagship phones, a custom Adreno 640 GPU with enhanced performance and a massive 12GB of RAM. That’s not all, the phone has support for Cat 20 4G LTE speeds that have a theoretical maximum speed of up to 2GBps. 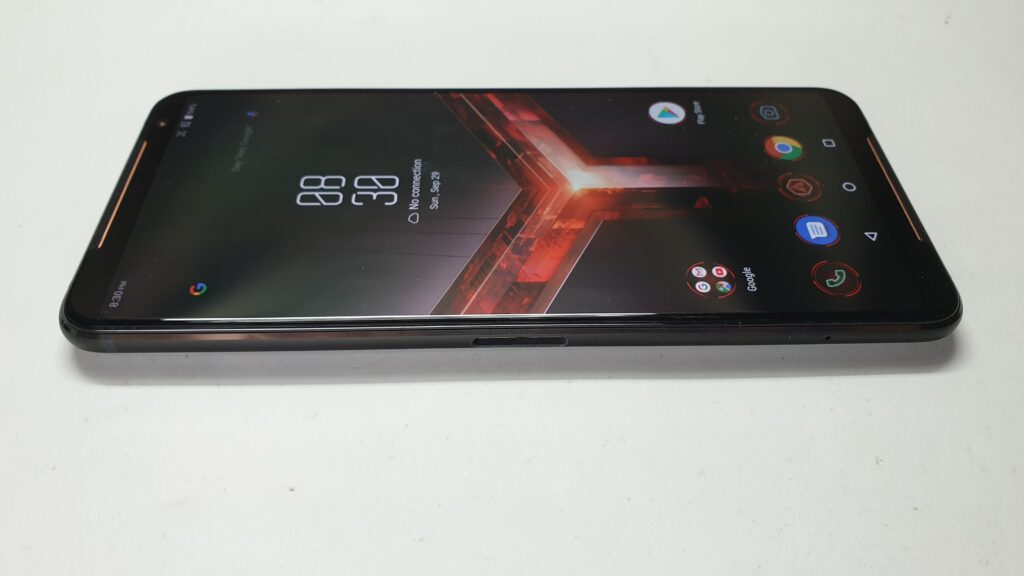 All this hardware generates a lot of heat which is where the ROG Phone II’s gaming first design comes to the fore as it has the aforementioned GameCool II cooling system that integrates a similar 3D vapour chamber as its predecessor with the rear vent artfully angled on the back. To further keep the heat down, you can also add in the provided Aeroactive Cooler II attachment. 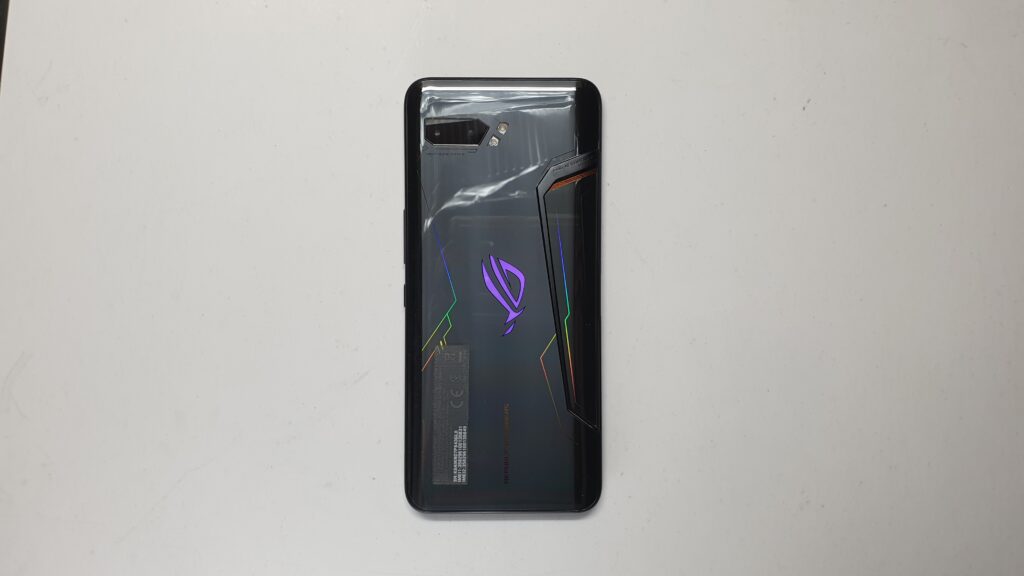 Like its predecessor, the ROG Phone II has a pair of side mounted ‘air triggers’ that function as shoulder buttons for games when held in landscape mode. These Air Trigger II’s as Asus is wont to call them have been upgraded with more haptic feedback and a 20ms vibration latency for faster responsiveness. 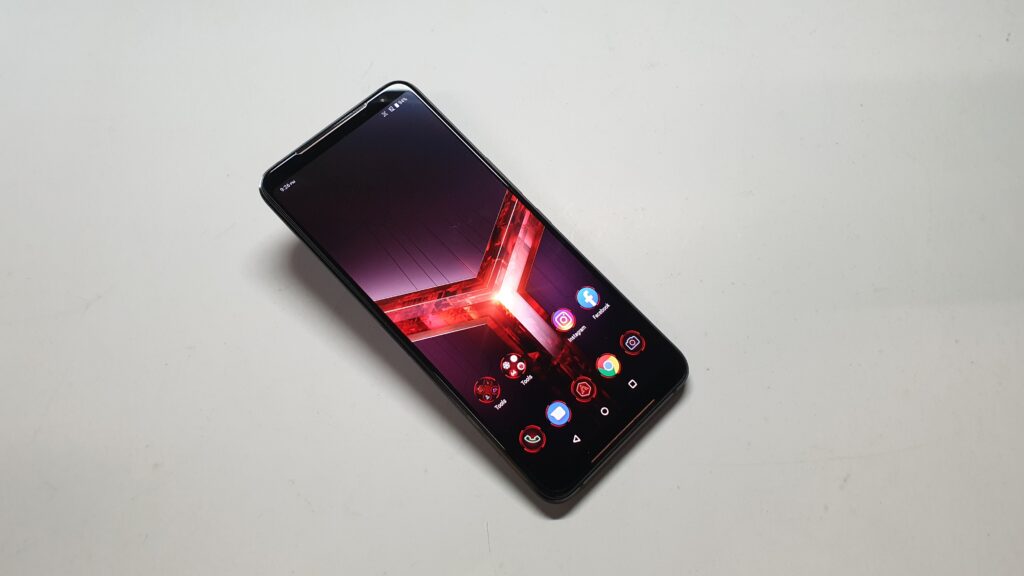 The phone also has a side mounted Type C port on top of the obligatory bottom one for a total of two that interfaces with the Aeroactive Cooler when attached but in lieu of that also accepts a standard cable for charging duties. Keeping it all juiced is a 6,000mAh battery which ought to keep it running through all but the most intensive gaming sessions.

Stay tuned for our full review when we put it through its paces! There’s no official pricing for Malaysia yet ahead of launch nor any preorder goodies but we’ll keep you posted. In the meantime, keep an eye on the official Asus page here.