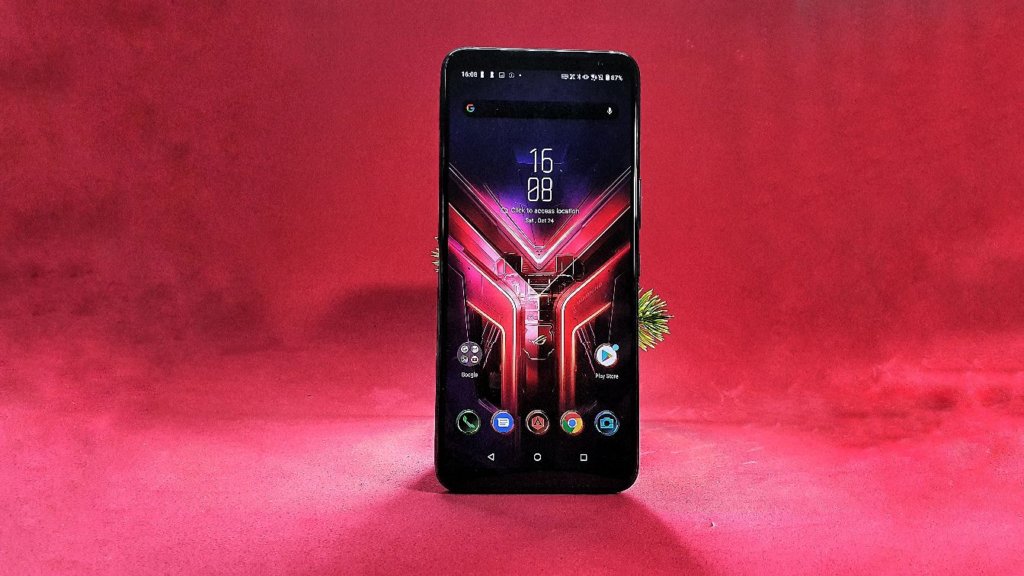 The Republic of Gamers is on to a good thing if their new ROG Phone 3 is any indication. The latest successor to their gaming phone line, the ROG Phone 3 that has launched in Malaysia and the world over packs a slew of the latest tech and innovative features that optimises it not only as a powerful gaming phone but as the very definition of what one ought to be. Find out how it fares in our in-depth ROG Phone 3 review where we put it to the test 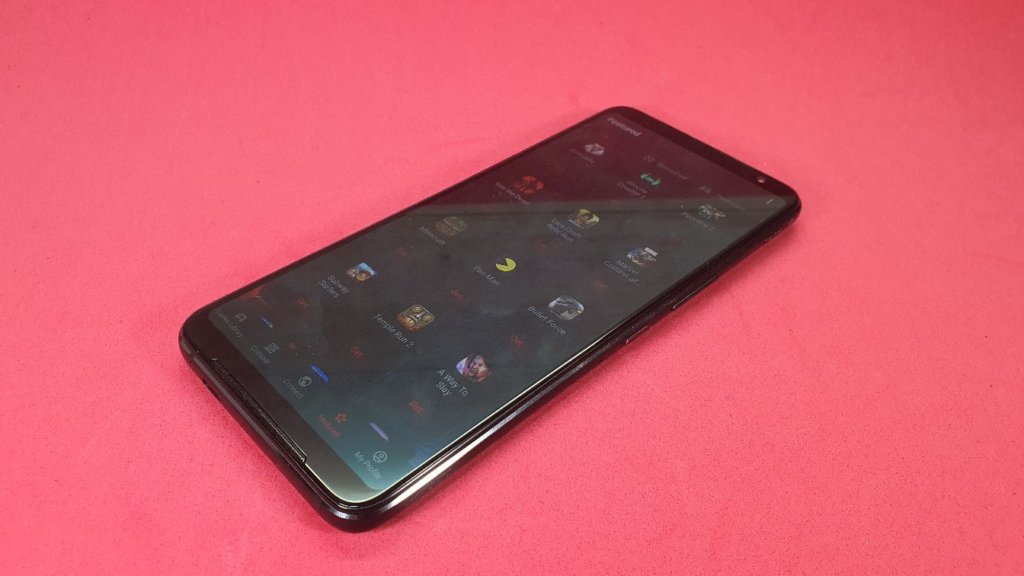 Externally, the ROG Phone 3 looks somewhat akin to the ROG Phone 2 but adds significant enhancements under the hood. Up front, the phone comes with a  6.59-inch FHD+ AMOLED display that has a 19.5:9 aspect ratio that bears a passing similarity to its predecessor with a similar size and resolution.

At first blush, it looks to have somewhat chunky top and bottom bezels but it’s not a major issue seeing as this is primarily intended to be gaming phone that will be used landscape style for the most part. The slight bezels on the phone help to minimise accidental inputs when gaming while giving a solid frame for Asus to plonk their stereo speakers. 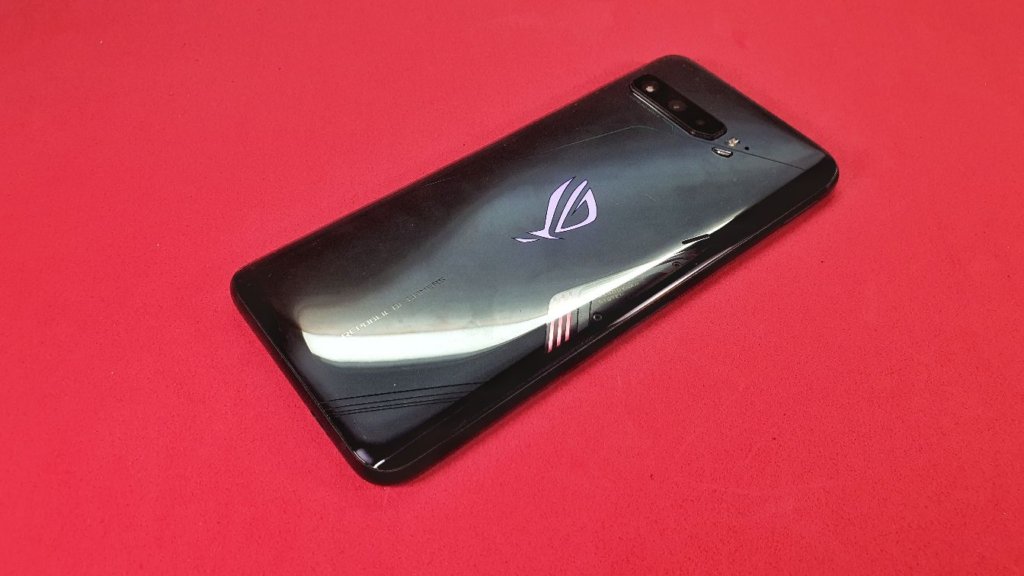 For biometric authentication, the ROG Phone has facial recognition as well as an in-display fingerprint reader.

The right of the phone, assuming you hold it in portrait mode sports a volume rocker and power button done up in metal. It also hosts a pair of virtual AirTriggers that they’ve dubbed as the AirTrigger 3 for when you hold it in landscape mode which correspond to where a traditional controller’s shoulder buttons would be.

These AirTrigger 3’s are effectively ultrasonic sensors that register touch input but this time around are able to track slide, swipe and tap input along with the option to subdivide each air trigger into two sub-triggers for a veritable slew of assignable controls.

It’s not all just empty gestures though as the phone has significant haptic feedback on each AirTrigger 3, giving it tactility when you press it in a fashion akin to a real button. Assuming you’re fairly patient and diligent, you’re able to map out a ton of additional controls for your favourite games to give yourself a decisive edge.

The left side of the phone, which ends up on the bottom when held in landscape mode hosts a dual SIM card slot and the second USB-C port for charging on the go without interrupting your gaming experience. 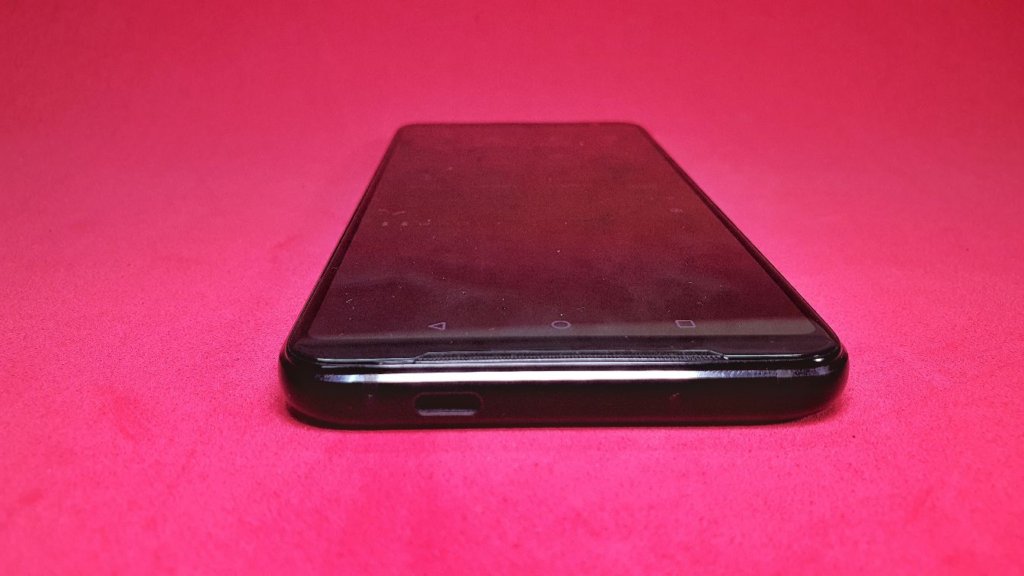 The backplate of the ROG Phone 3 is paved with smooth mirrored glass with the obligatory RGB-enabled ROG logo boldly emblazoned on the rear. The rest of the shiny backplate is replete with etched lines to give it a circuit-themed aesthetic while the rear triple camera array is also tastefully minimalist with just the slightest bump for the camera housing.

In terms of design, the ROG Phone 3 is in a class of its own as a gaming phone with a premium feel and tasteful design. Unfortunately, it’s not waterproof and it lacks an IP68 rating though seeing its mission profile, the odds of you using it in such extreme situations is very unlikely. 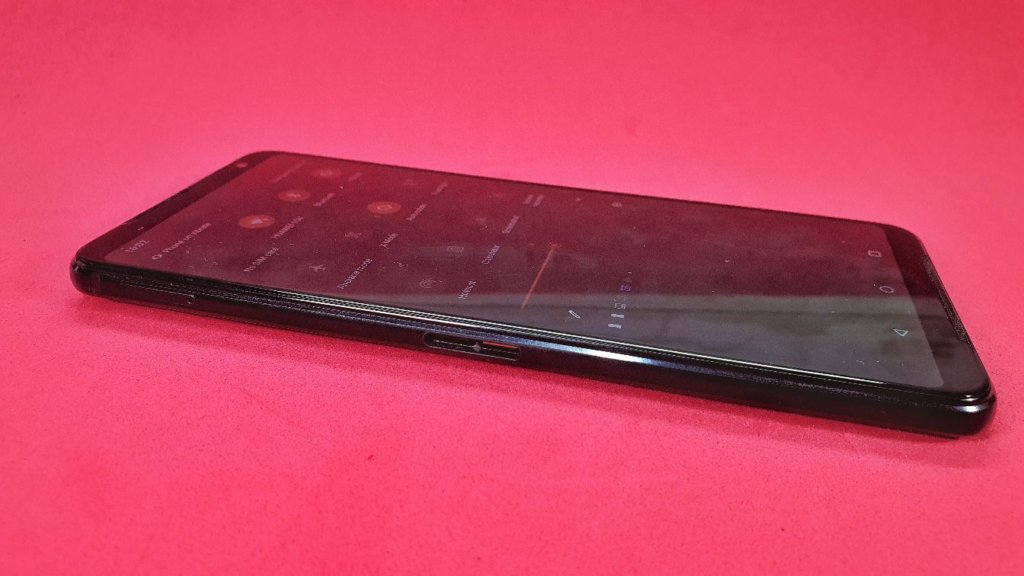 We can’t comment on what comes in the box as what we got was just the phone with a smattering of accessories but for Malaysia, you’ll be officially issued with their Aeroactive Cooler 3 attachment that latches on to the backplate to cool the phone during intensive gaming sessions along with a 30W charger. 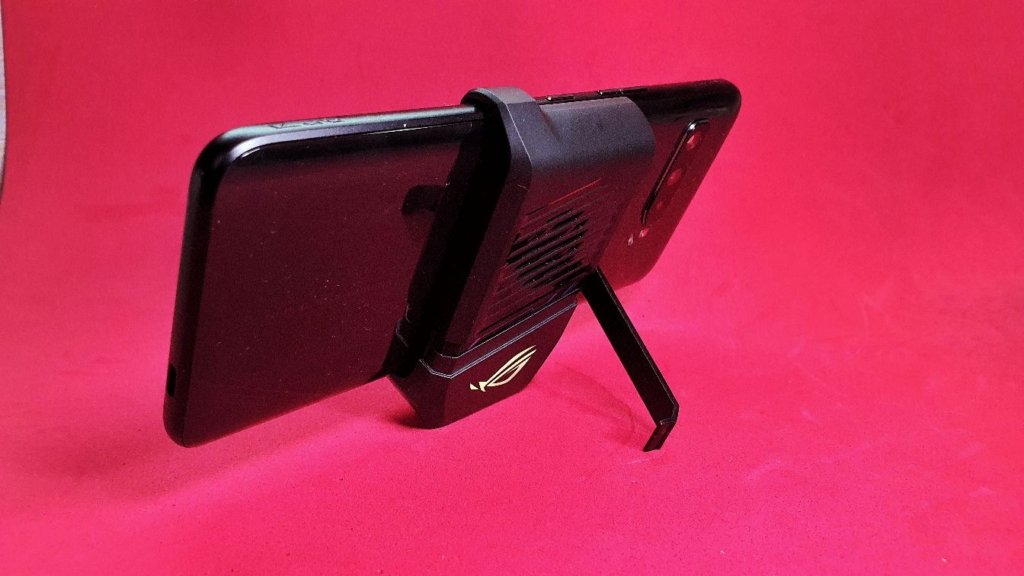 They’ve also included a USB Type-C to 3.5mm audio jack adapter seeing as the phone itself lacks the aforementioned jack to cram in all the extra hardware along with a braided USB-C cable. Alternatively, the provided AeroActive Cooler also has an additional 3.5mm audio jack. in addition to a USB-C port on it that supports pass through charging.

The third incarnation of their successful gaming phone, the ROG Phone 3 bears the design DNA of its predecessors but ramps up its performance to new heights with this year’s best hardware along with enhanced features to cement its position as the premiere Android gaming phone. 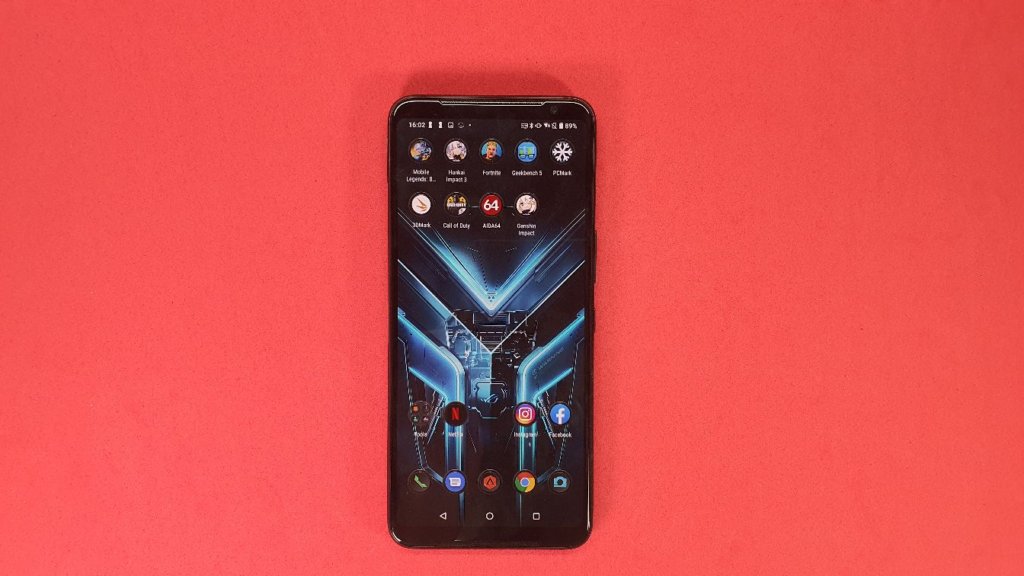 Flanking the display are a pair of front-firing stereo speakers that have been upgraded to pack 7-magnets versus the ROG Phone 2’s 5-magnet stereo speakers to be able to kick out richer audio.

The ROG Phone 3 does come in a variety of subvariants including a more affordable Strix Edition depending on region. Our version packs the absolute best hardware that Asus could cram into the phone which means that it comes with the blazing fast Snapdragon 865+ processor that’s swifter than the stock Snapdragon 865 by about 10% in terms of clock speed. 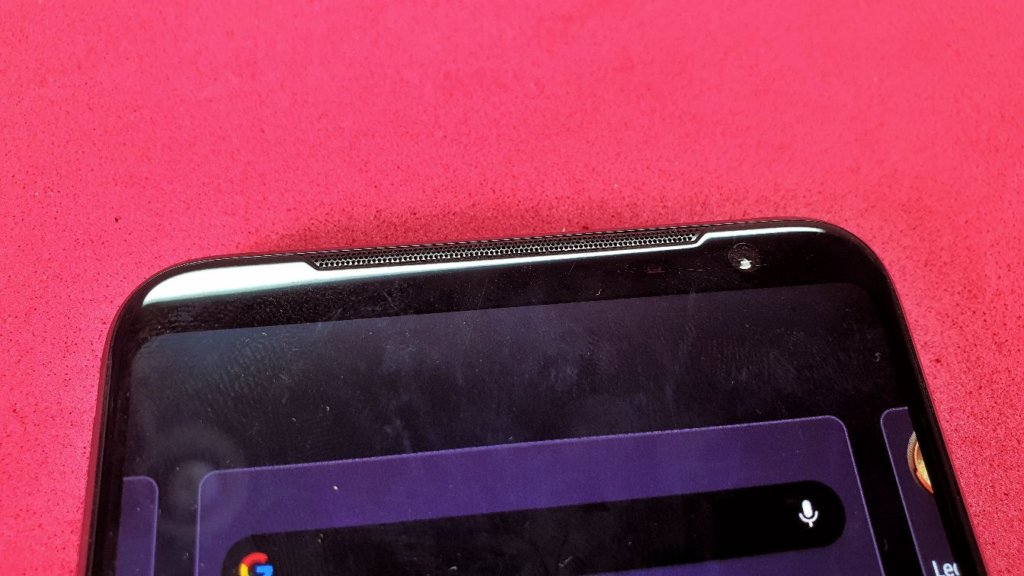 This is paired with a mind-blowing 16GB LPDDR5 RAM and 512GB of non-expandable UFS 3.1 storage. Seeing as gaming drains battery juice faster than the seafood at an all-you-can-eat buffet, ROG has stuffed in a massive 6,000mAh battery with 30W fast charging.

Naturally, all this hardware is going to heat up like a blazing barbeque but Asus has factored in this contingency as they’ve enhanced the ROG Phone 3’s cooling with a sheet of graphite film, a redesigned and larger copper vapour chamber and a larger copper heat sink that’s six times larger than the one in the ROG Phone 2 in order to vent heat effectively. 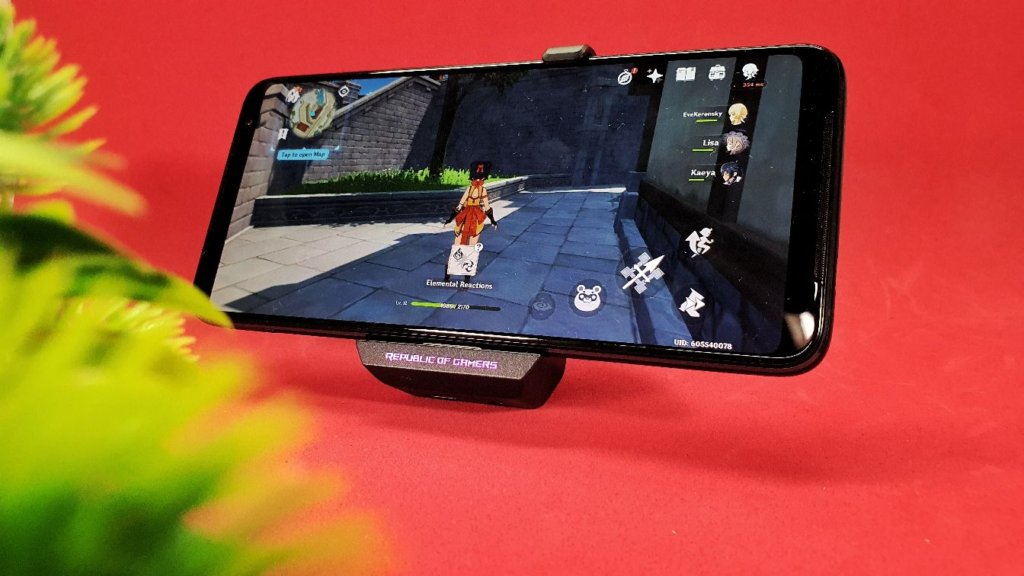 The cameras aren’t much to shout about, seeing as this is a gaming phone but Asus did equip it with a decent triple rear camera array that has a 64MP F/1.8 primary camera, a 13MP wide angle camera and a 5MP macro camera with the whole array capable of capturing 8K video. The front packs a 24MP selfie camera.

Other mod-cons include Bluetooth 5.1 and WiFi 6 support as well as 5G connectivity  which helps render it somewhat futureproof when it eventually rolls into Malaysia. Here’s a recap of what it has under the hood:

Unfortunately, the ROG Phone 3 is one of the heaviest phones we’ve encountered at 240g but seeing the amount of hardware and the commensurate cooling tech that they’ve crammed in, it’s an understandable tradeoff.

Back into the Game – Performance

The ROG Phone 3 runs on Android 10 overlaid with a few unique features that ROG has installed on the phone in the form of their Armoury Crate app and X Mode. The latter is a unique gaming mode that also visually changes the user interface into a more aggressive red hue, increases the clock speed of the SD865+ and removes background apps from memory to ensure an optimised gaming experience. It goes without saying this also tends to drain battery life at a faster clip.

In the case of the former, the Armoury Crate is a central app that lets you access and finetune the higher functions of the phone such as assigning and modifying how the various controls like the AirTriggers work, assigning colour patterns to the rear RGB-enabled ROG logo and also as a nexus to access games that you have installed with the ability to assign customised control profiles and finetune how much pixel crunching grunt and you want to assign it on a per app basis. There’s a wealth of customisability on offer here and it’s staggering the breadth and depth of settings that ROG allows you to tweak.

It goes without saying that the ROG Phone 3 has impressive performance and the hardware it has is sheer overkill that’s tantamount to using an elephant gun on a mouse. Simple tasks like web browsing, watching videos and the like were handled in a silky smooth fashion but where it truly stands out is how it handles gaming. Here’s how it handled itself in synthetic benchmarks.

The ROG Phone 3 can tackle games on the highest settings without breaking a sweat. The likes of Call of Duty Mobile, PUBG and even the recent hit Genshin Impact were all handled at maximum settings which, combined with the gorgeous display made gaming a real treat.

More so the fact that the provided speakers were not only loud but surprisingly detailed as well. While extended gaming with X Mode enabled does tend to make the phone rather warm, the provision of the AeroActive Cooler helps to mitigate this considerably. Add in the side-mounted USB-C charging and you’re able to game for hours on end without cooking off.

Perhaps the only quibble here are the dearth of games that support 144Hz or even 120Hz refresh rates; there aren’t many on the market and many of the industry’s most popular games like CODM and PUBG aren’t officially supported beyond 60fps though oddities like Shadowgun Legends and Alto’s Odyssey and Minecraft are. 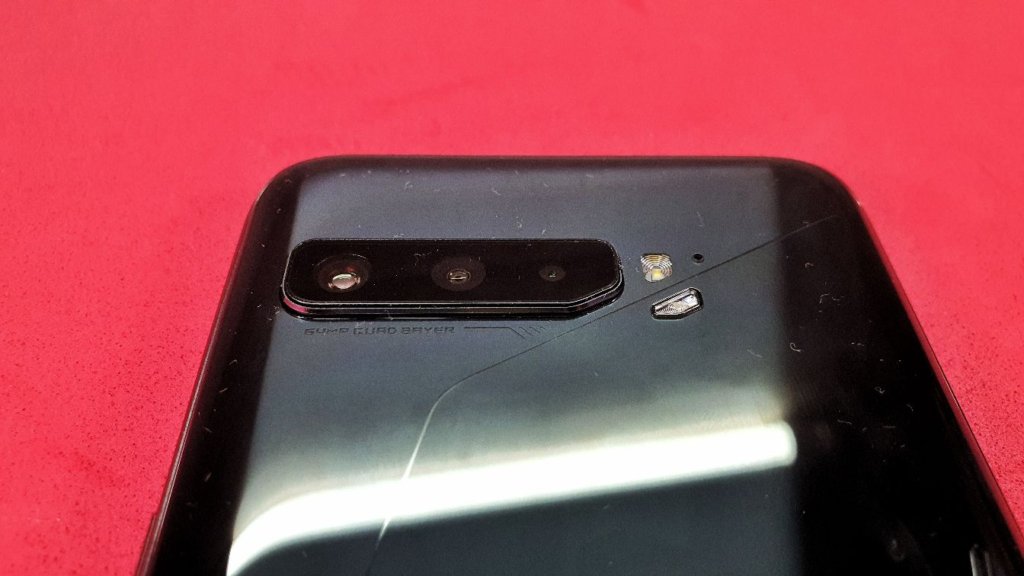 The provided cameras on the ROG Phone 3 are decent but unremarkable with good performance under daylight on account of the large 64MP sensor but low light shots are dim and soft at best; you’re definitely not getting this for its imaging capabilities. 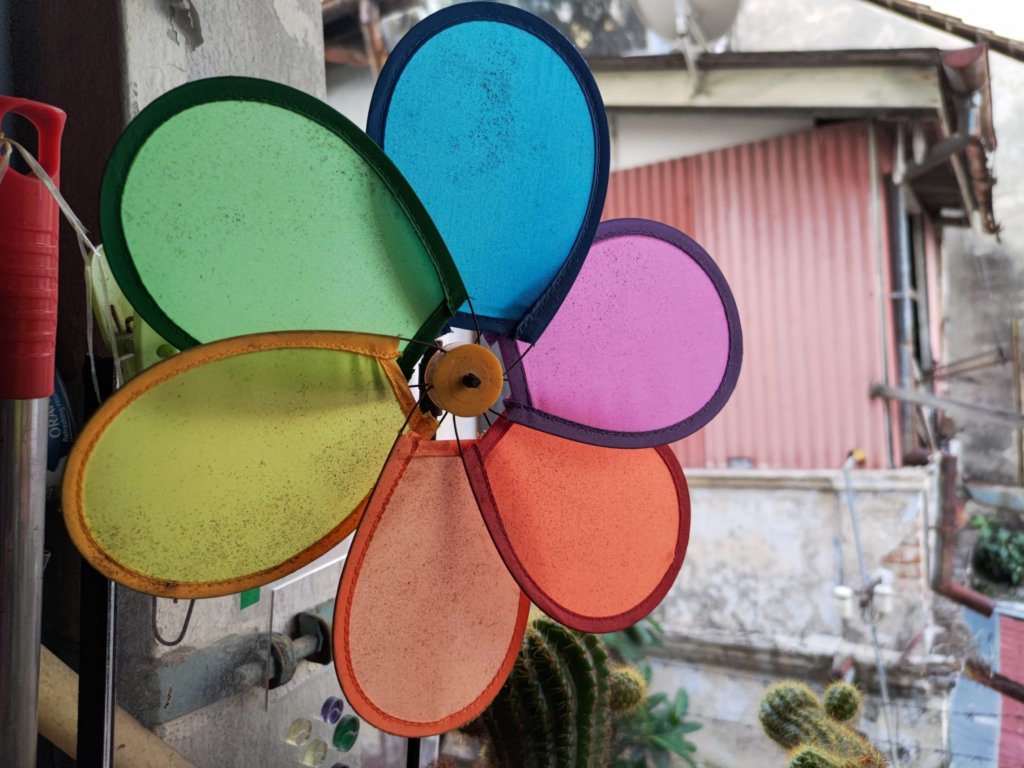 Colour rendition on the rear camera is fair if somewhat muted 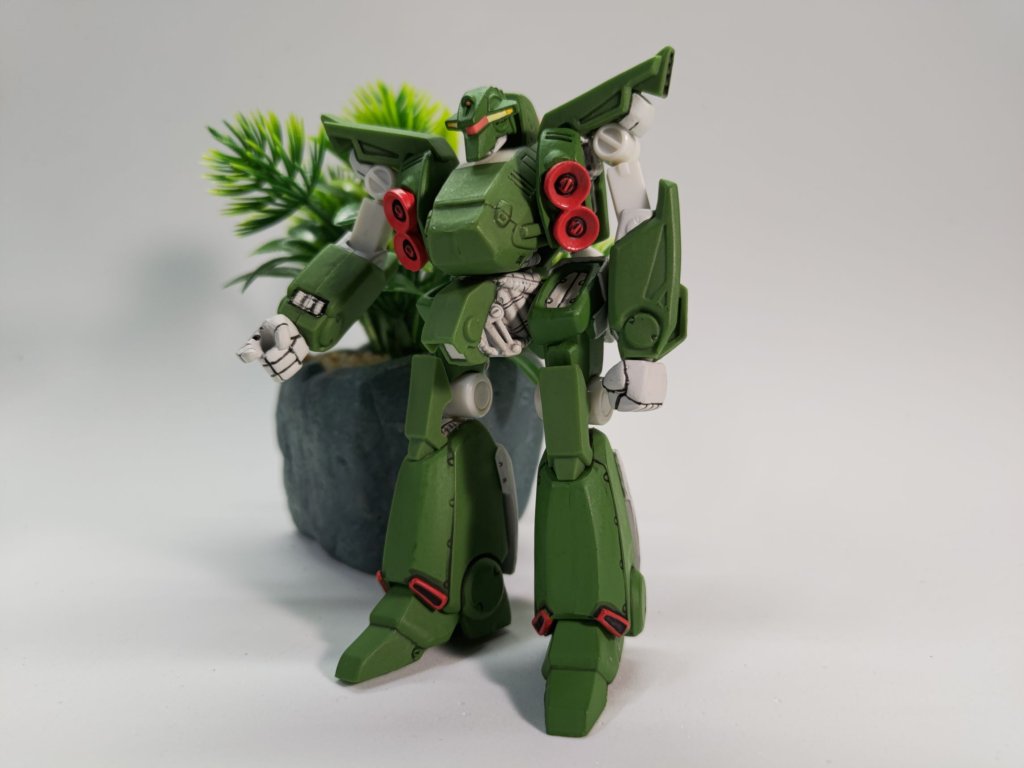 Details are well retained in macros with good lighting

Battery life is excellent and with normal use and light gaming, the phone was easily able to last slightly short of a full day’s worth of use with either WiFi or data on and use of social media, emails and web browsing through the day. When put through its paces as a gaming phone, the ROG Phone 3 shines in terms of endurance with their HyperCharge mode, the phone managed to get from dead zero to 50% in about 40 minutes.

In its niche mission profile as a gaming phone, the ROG Phone 3 is able to take on all comers with its combination of powerful hardware, excellent speakers and display as well as its innovative AirTrigger 3 ultrasonic triggers. As a general purpose phone, the ROG Phone 3 unfortunately ditches some niceties like IP68 water resistance and wireless charging while also being one of the heftiest we’ve ever wielded. If you’re after the best gaming phone that money can currently buy, these are small sacrifices to make enjoy what is effectively the gaming phone to beat for 2020.

What we liked Innovative AirTrigger 3, stunning performance for gaming, excellent display, good battery life, future ready with 5G, excellent stereo speakers
What we didn’t additional accessories don’t come cheap, no 3.5mm audio jack, no IP68
We say The ASUS ROG Phone 3 is a powerful gaming-optimised smartphone that sets the standard for what a gaming phone ought to be. If you’re serious about mobile gaming on Android, this is the definitive phone to get. 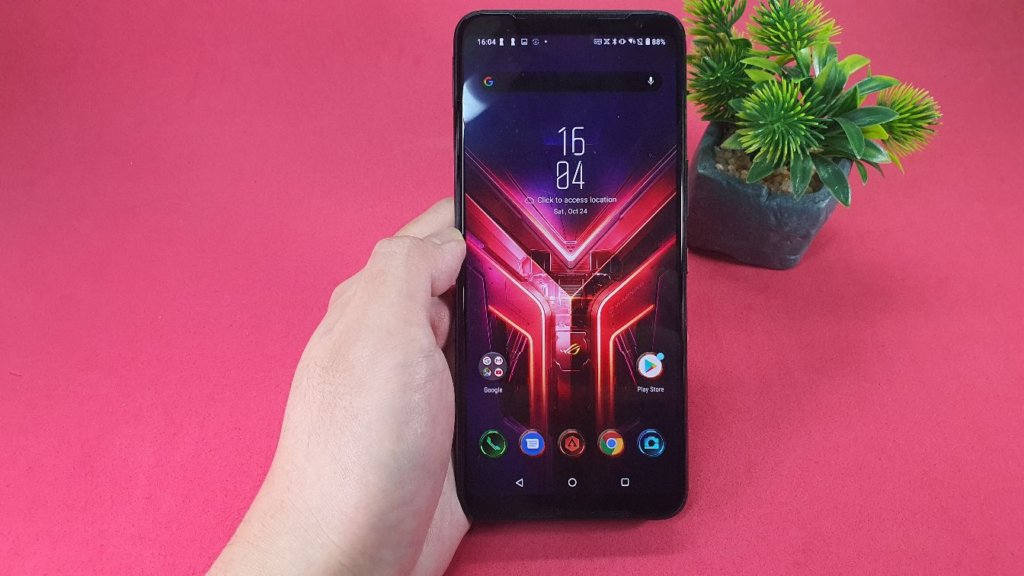 The ASUS ROG Phone 3 is a powerful gaming-optimised smartphone that sets the standard for what a gaming phone ought to be. If you’re serious about mobile gaming on Android, this is the definitive phone to get.