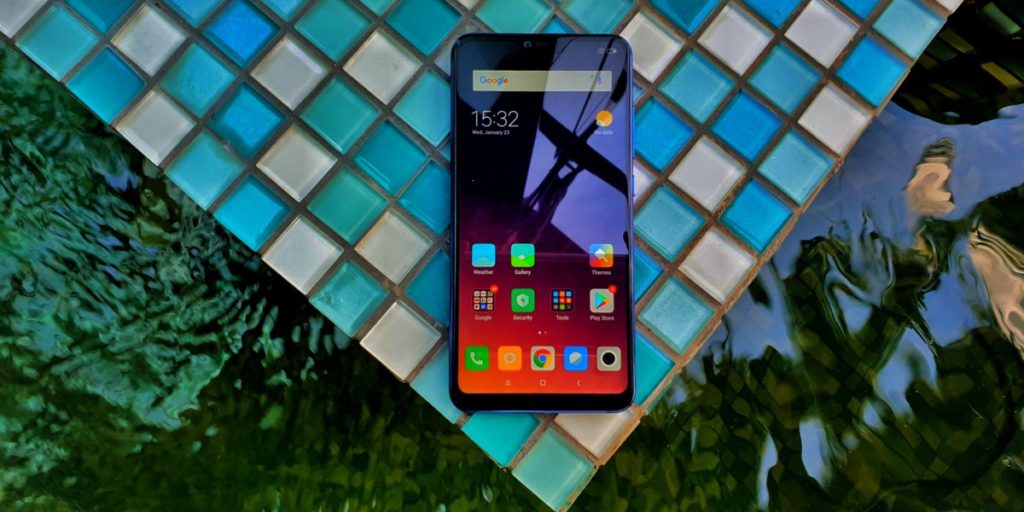 A competently made midrange phone that tackles everything asked of it in a fair fashion though it struggles to stand out amongst a horde of contenders. Still, it has its charms and it’s still worth a look if you’re keen on a workhorse device or if it appears on special.

Released near the tail end of last year, the Xiaomi Mi 8 Lite is a pared down and more affordable variant of the Mi 8 as you’d likely surmise from its nomenclature. In Malaysia, the Mi 8 Lite comes in two variants, one of which has 4GB RAM and 64GB of storage and the other, which we have the pleasure to test with 6GB RAM and 128GB of storage.

Like the Mi A2 that we tested recently, the former 4GB RAM/ 64 GB variant is available for purchase online while the latter higher specced version is available in-store at Xiaomi retail outlets. The Mi 8 Lite also packs quite a similar manifest of accessories like the Mi A2 including a Type-C to 3.5mm audio jack dongle, a soft TPU casing and a charging cable plus wall plug. 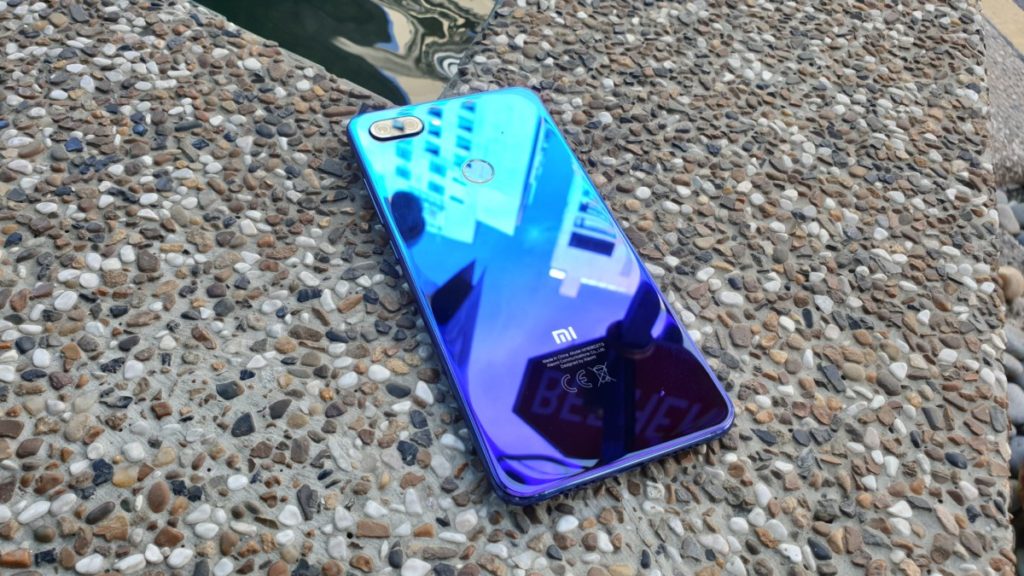 Externally, the phone sports a mirrored metallic blue finish though it can be acquired in a shade of black as well. The chassis is crafted in keeping with contemporary smartphone design – rounded corners, subtle chamfering and a mirrored gradient finish give it a very contemporary appearance.

The backplate itself is mostly bare save for a rounded fingerprint reader in the upper quadrant and a horizontally mounted dual camera array. The left sports a hybrid SIM card slot that allows you to either use two SIM cards or one SIM and one microSD card which puts it a notch above the Mi A2. The right side sports a power button and volume rocker.

The base of the phone comes with a mono speaker and a USB Type C port to charge the phone. Unlike the Mi A2 though, the Mi 8 Lite lacks an IR blaster though it’s something with rather situational usage. It also lacks a 3.5mm audio jack though the provided dongle helps to act as a stopgap if you’re dead set on listening on a wired pair of cans. 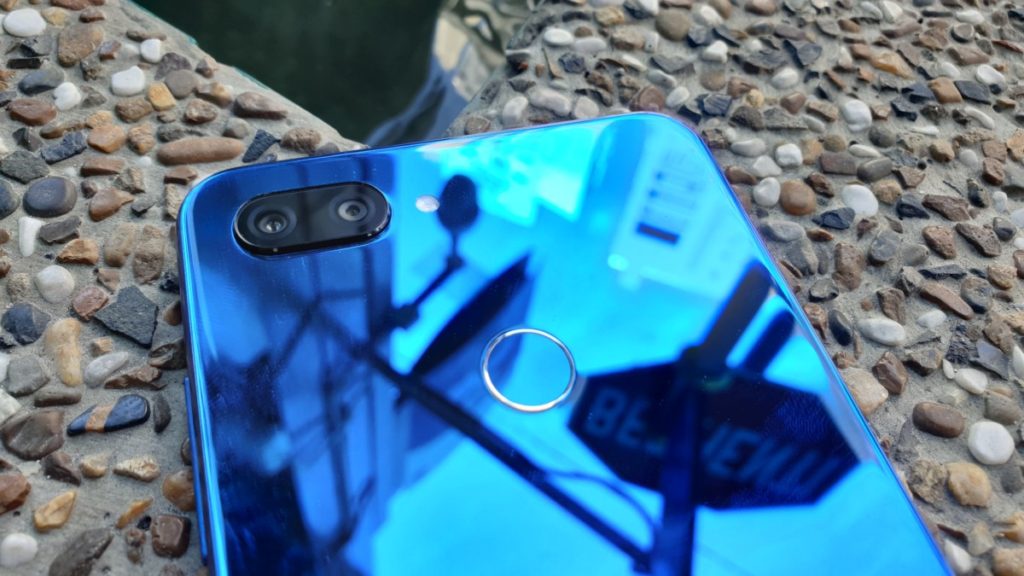 Up front, the phone has a notched 6.26-inch FHD+ LCD display with a 24-MP selfie camera perched within the notch itself. In keeping with many other smartphones, the Mi 8 Lite lacks any front buttons and the display takes up almost the entirety of the phone such that it enjoys a generous 19:9 aspect ratio. Its competing sibling the Mi A2 however lacks a notch albeit with a smaller 18:9 aspect ratio.

When held, the Mi 8 Lite offered good tactility and proved relatively easy to wield one handed though the highly reflective finish means that you it attracts fingerprints aplenty and requires frequent wipedowns. Fortunately, this issue is mitigated when you put on the provided TPU casing. 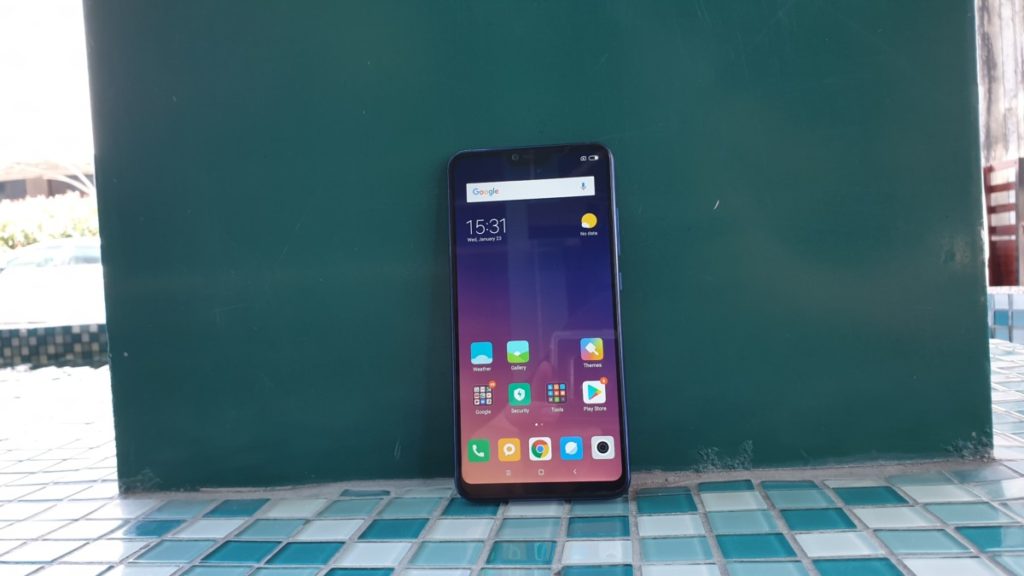 The Xiaomi Mi 8 Lite has a modest hardware setup that’s almost akin to the Mi A2. Both of them sport a similar Qualcomm Snapdragon 660 processor paired up with an Adreno 512 GPU though the Mi 8 Lite that we tested is the higher end variant with more RAM and more storage. More importantly, the Mi 8 Lite has a microSD card slot in the hybrid SIM card tray, allowing you to expand the existing 128GB storage as needed.

Another major difference here is that where the Mi A2 runs on Android One which is essentially stock Android with regular updates, the Mi 8 Lite is still running Android 8.1 Oreo overlaid with their MIUI 10.0 user interface.

Both Android One and MIUI have their virtues and it falls down to user preference with the latter having a bit more functionality albeit at the tradeoff of more bloatware that include pre-installed shortcuts to Shopee, Viu, Booking.com and a shortcut to the MIUI forum among others. The advantage with MIUI though is the ability to use Dual Apps, allowing you to install two distinct versions of the same app like two copies of WhatsApp if you deign to do so.

In terms of benchmarks, the Xiaomi Mi 8 Lite slightly better scores than the Mi A2. In GeekBench 4.0 it score 1,609 for single core scores and 5,504 for its multi-core score. In 3DMark’s Sling Shot Extreme – OpenGL ES 3.1 test, it score 1,354 points while in Sling Shot Extreme – Vulkan it scored 1,291 points. In Antutu 3D it scored 142,272 points while in PCMark’s Work 2.0 test which tests for performance under a productivity oriented workload it scored 5,707 points.

Over the course of several weeks under practical field conditions, the Mi 8 Lite proved to be a solid daily driver. Websites and social media all opened up in seconds and swapping apps was a similarly swift affair. On the gaming front, it managed to handle the likes of PUBG on medium settings. The Mi 8 Lite’s MIUI user interface does take a bit of getting used to however as quite a few menus settings have been reorganised into different sections. It takes a bit of a learning curve for those unused to the nuances of Xiaomi’s MIUI but once you’ve figured out where all the critical menus are, the Mi 8 Lite allows for an exceptional amount of control and functionality 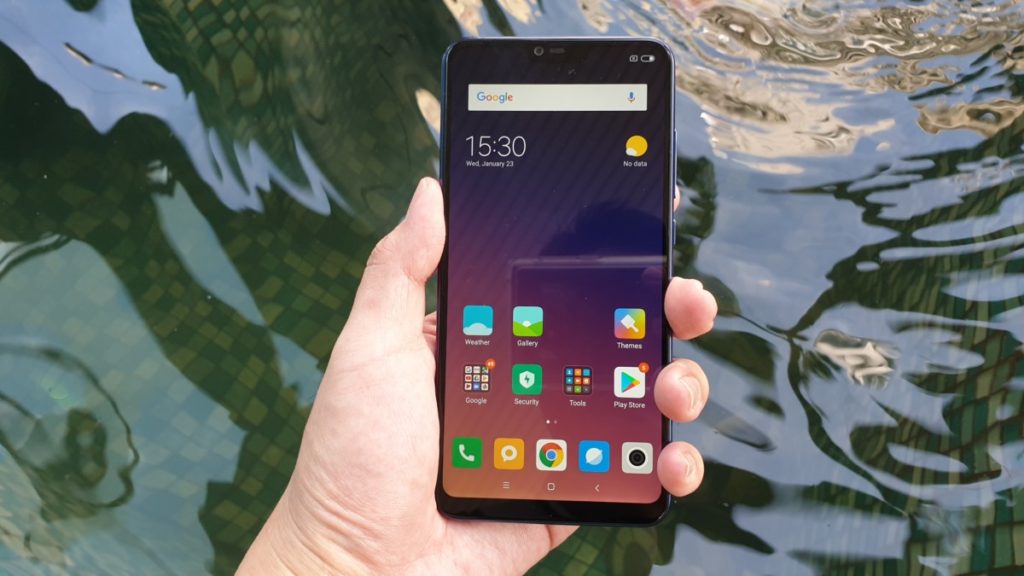 The Mi 8 Lite’s notched display boasts of slim bezels on the sides and bottom but unlike its Mi 8 brethren which sport brighter and more vibrant AMOLED panels, the Mi 8 Lite uses an IPS LCD touchscreen. It’s still not too shabby though and has fair brightness under direct sunlight and good colour rendition and clarity sufficient for most casual users. If the existing colours don’t quite appeal, you can go into the settings to tweak them as needed.

The sole speaker at the bottom is a fair performer that is able to kick out a good amount of sound though it understandably lacks clarity, sound staging or detail though it’s more than enough for casual music listening and gaming.

The Xiaomi Mi 8 Lite comes with a horizontally mounted rear dual camera array, with a 12-MP camera using a Sony IMX363 sensor, a 1.4µm pixel size and an F/1.9 aperture paired up with a secondary 5-MP camera to capture depth data for bokeh shots. Up front, it comes with a 24-MP selfie camera nestled within the notch above the display using Sony’s IMX576 sensor. Both front and rear cameras lack optical image stabilisation though there is electronic image stabilisation for videos capped at 1080P for the rear camera.

The camera user interface has been improved from previous outings with more options and a better manual control mode. The Mi 8 Lite also has the option of using the AI to intelligently adjust camera settings based on what you’re shooting at. You can also electively leave HDR mode on auto. 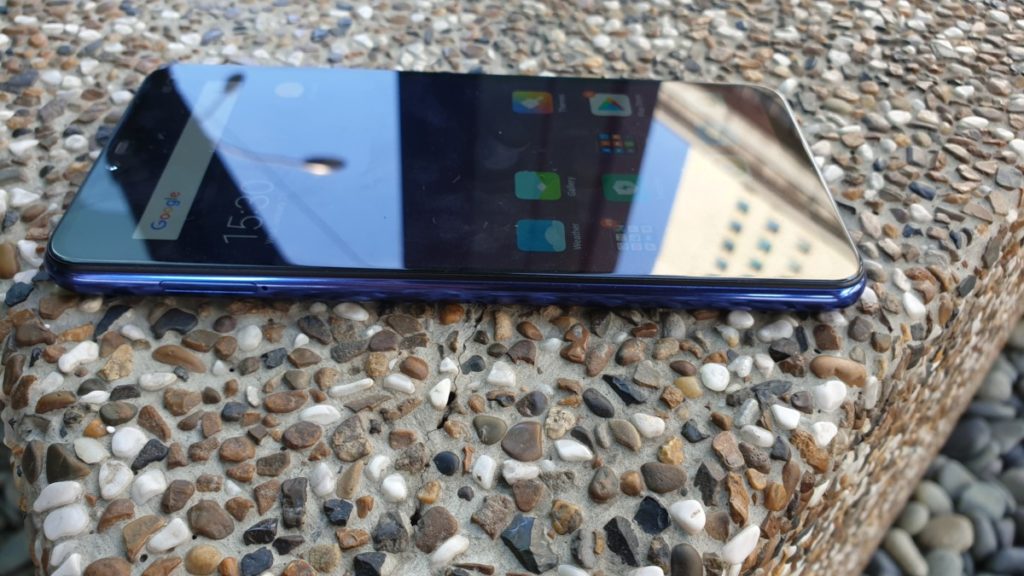 Results with auto mode on, HDR set on auto and AI mode enabled under brightly lit conditions are by and large pretty good for the price of entry with decent dynamic range and colours for most scenes. Under low light, you’ll need a very steady hand like many other midrange camphones in its price range as it lacks OIS though you can yield some pretty good shots with patience and a tripod. 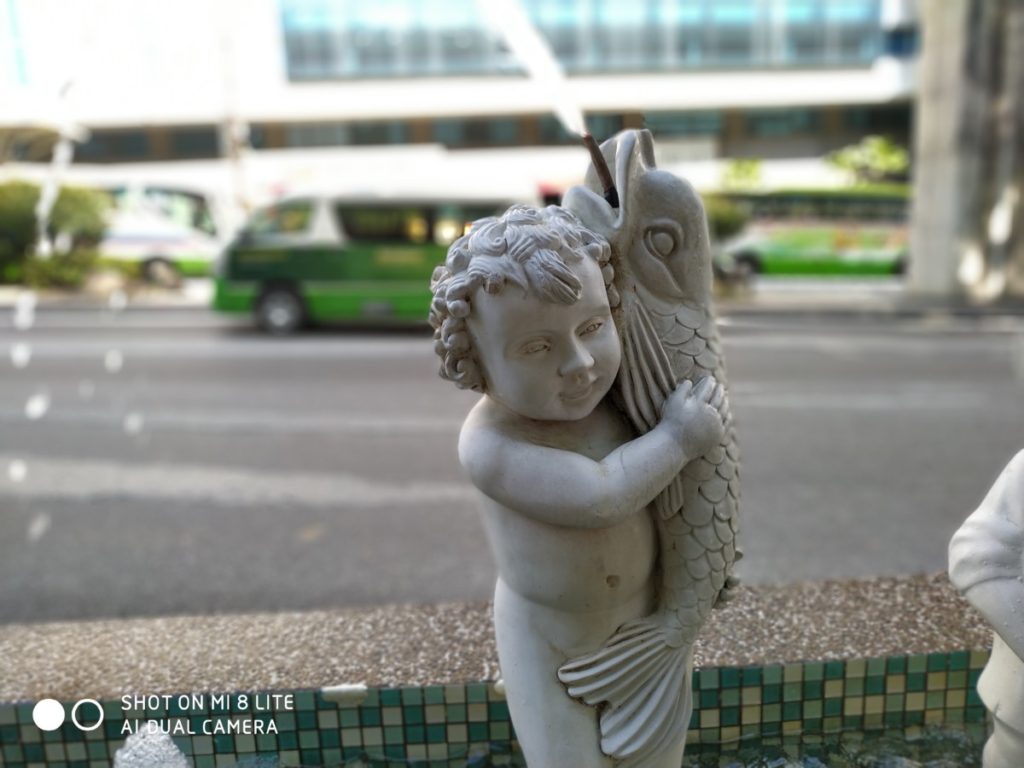 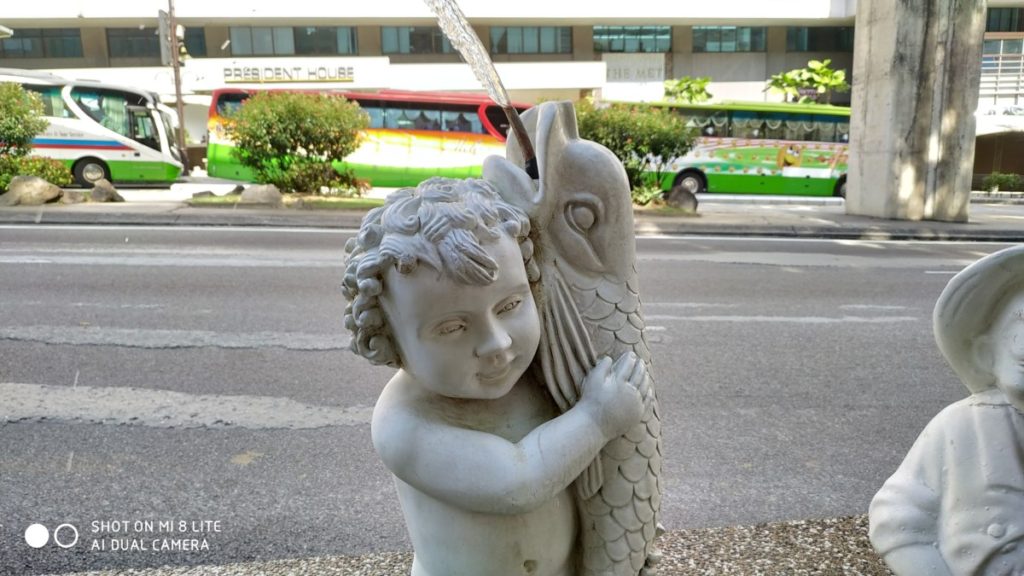 With portrait mode deactivated on the Mi 8 Lite rear camera

Unfortunately, close scrutiny of capture snaps under low light yields rather soft images lacking detail but colours turned out well. The obligatory portrait mode works on both the front and rear cameras with a decently defocused background. 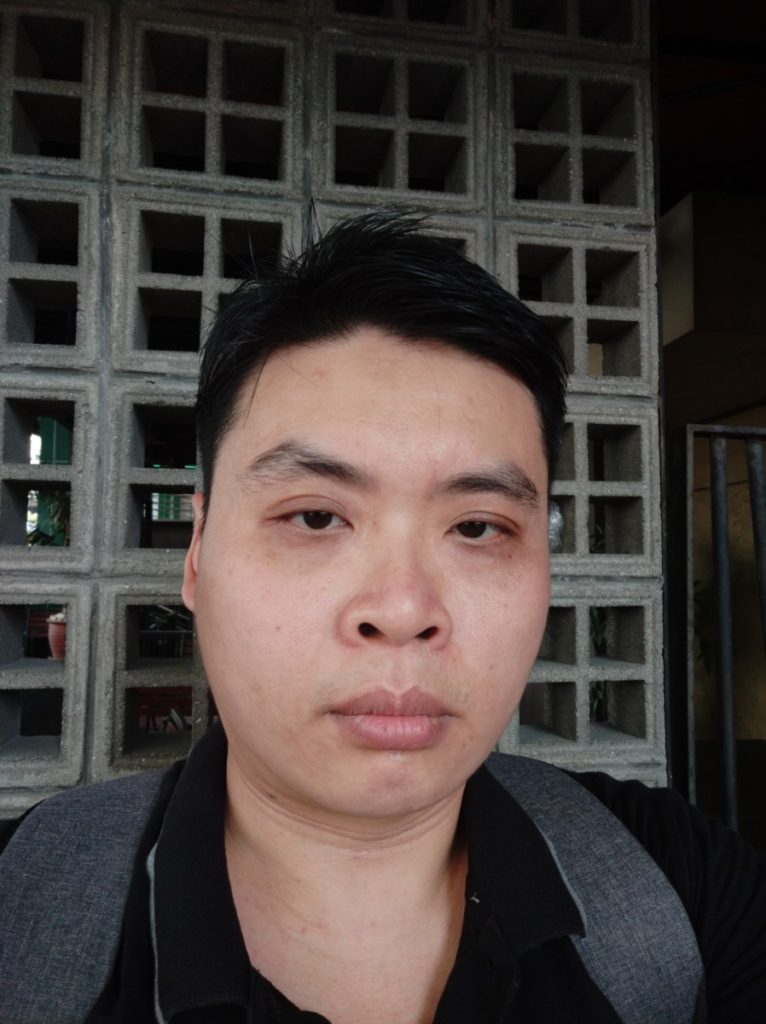 Beautification mode off on the front camera 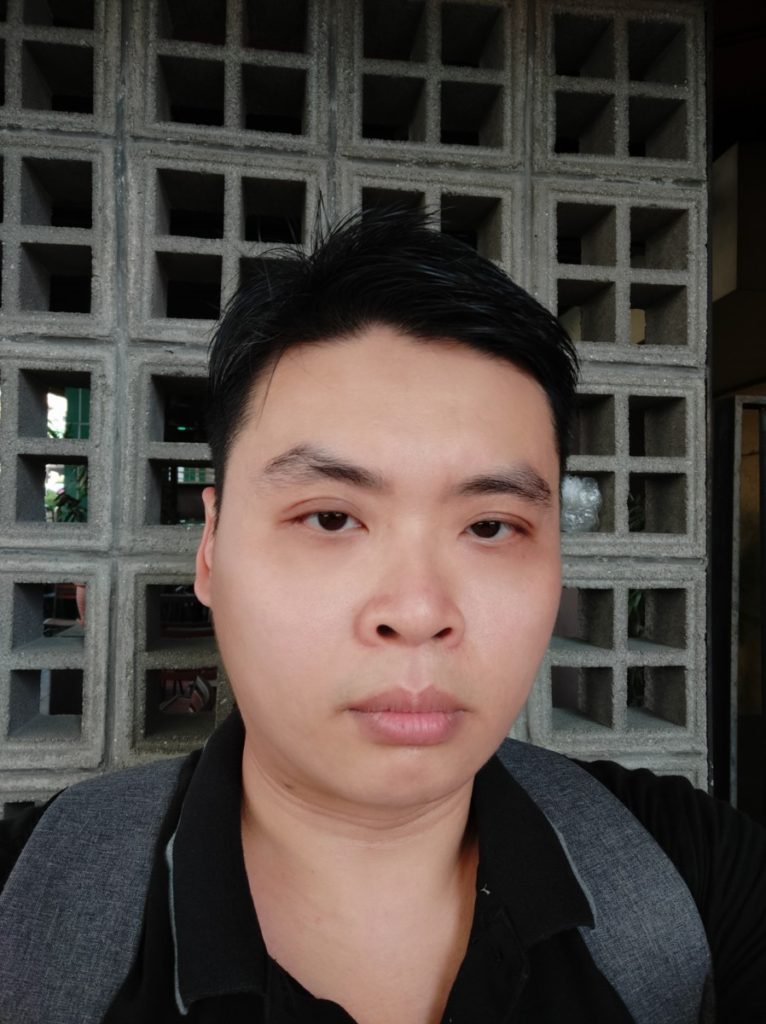 Beautification mode off dialled in to maximum on the front camera

For capturing video, the rear camera array is capable of 2160P video at 30FPS wth EIS on though even doing so requires you to film footage at a slow plod; it’s primarily meant to tackle hand jitter. The front selfie camera is capable of capturing 1080P video at 30fps with EIS on. 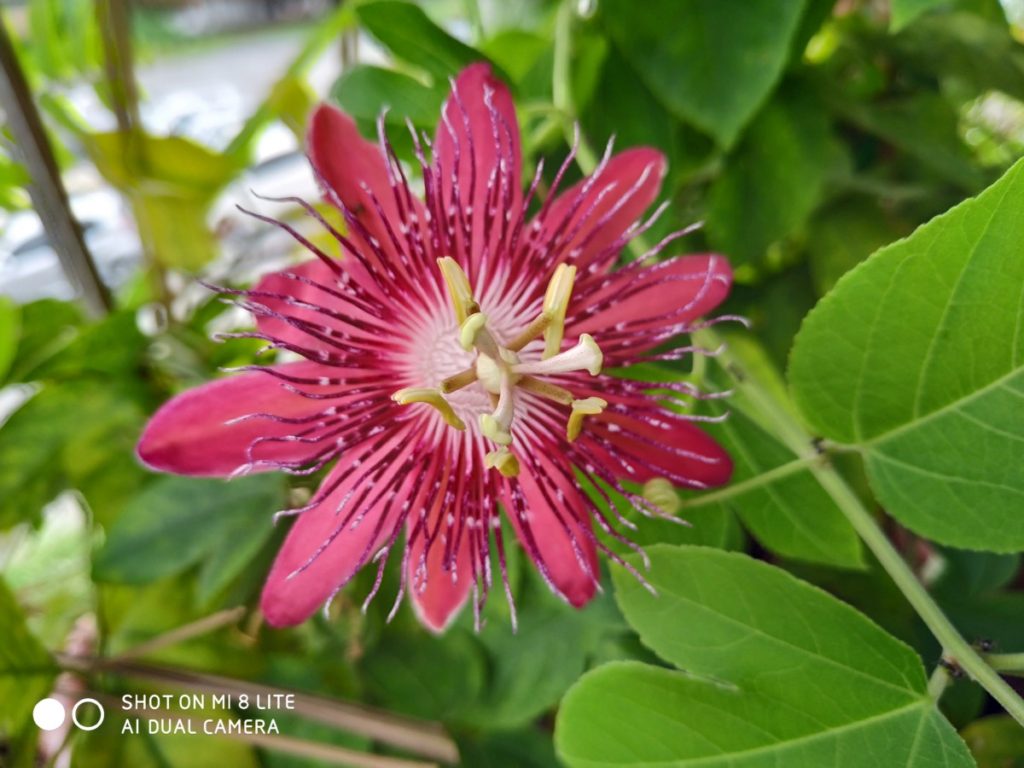 Captured video for both the front and rear camera are decent but nothing to write home about with the Mi A2 edging out on all fronts in terms of image and video quality. In general, the Mi 8 Lite offers a competent set of cameras capable of serviceable shots if you stick to shots intended for social media. 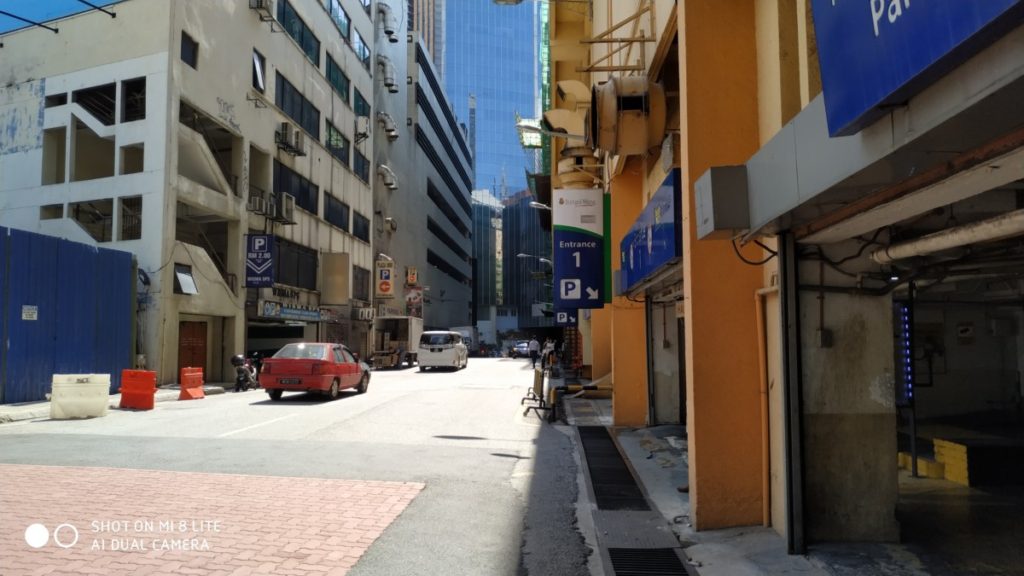 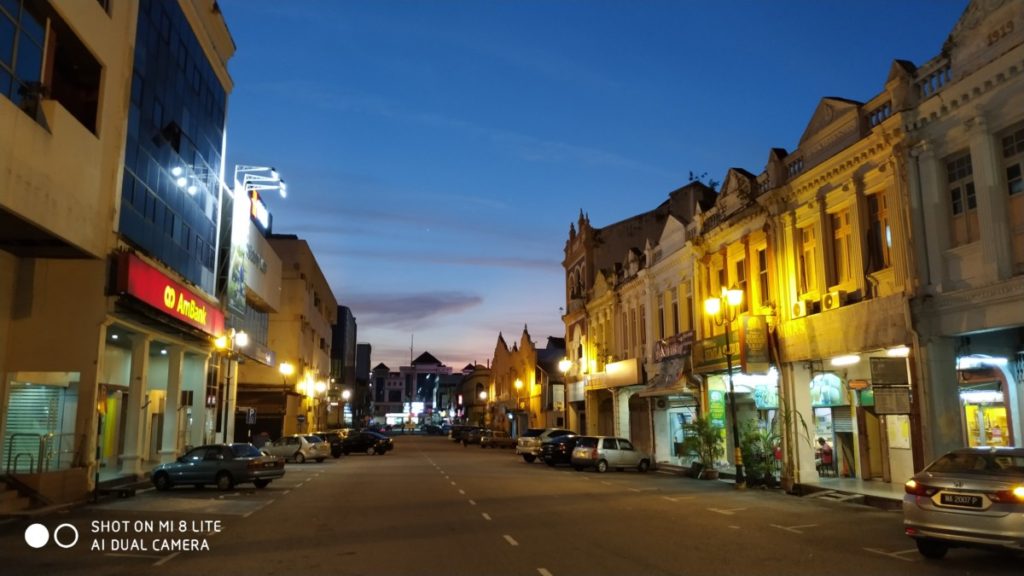 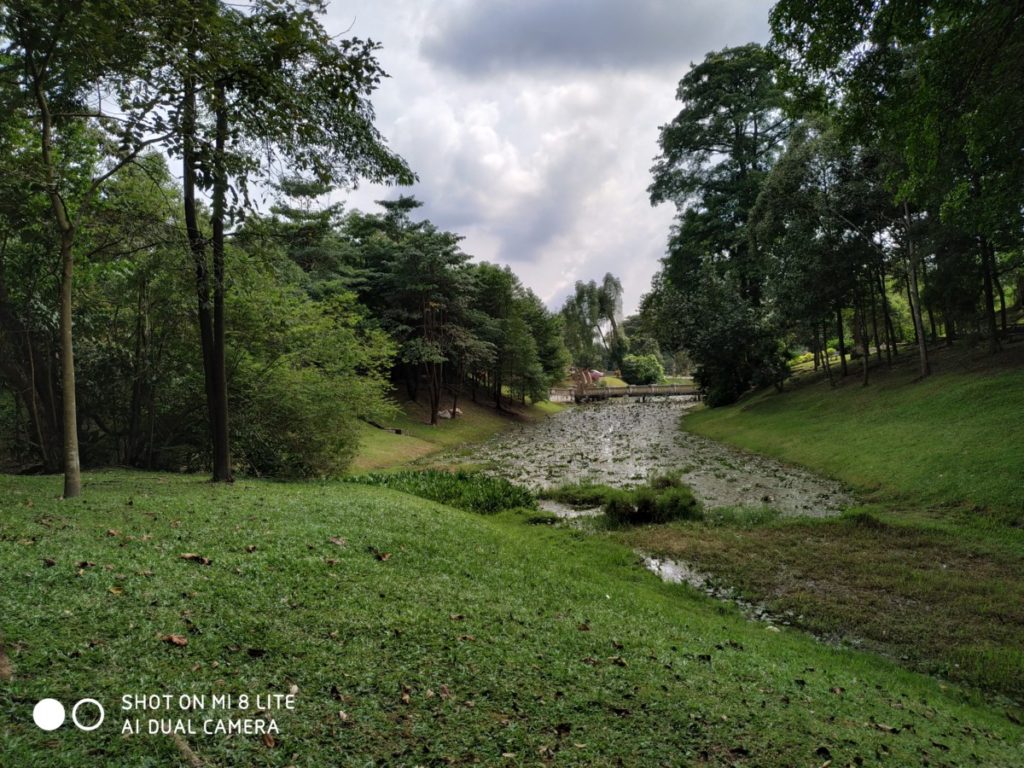 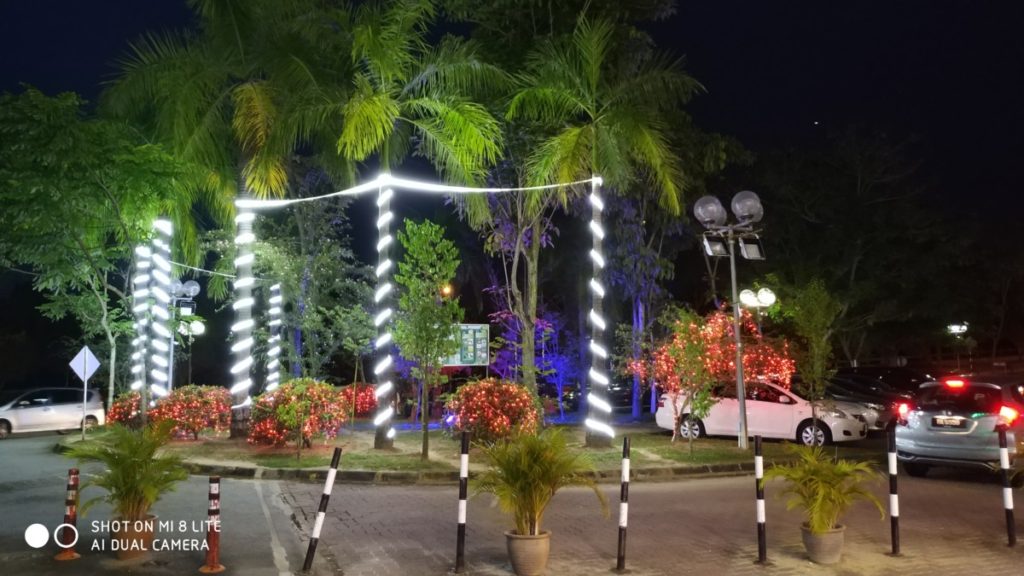 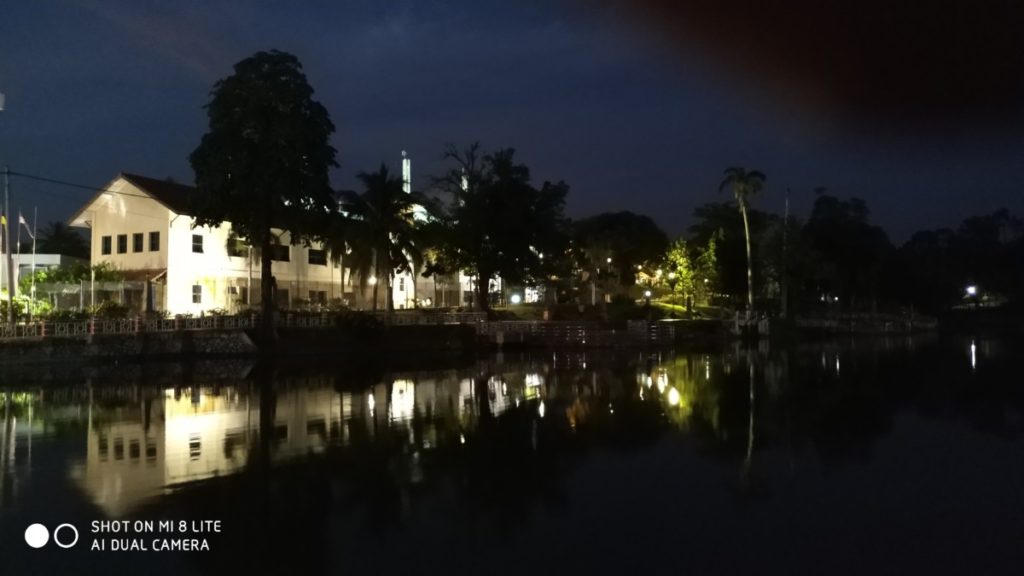 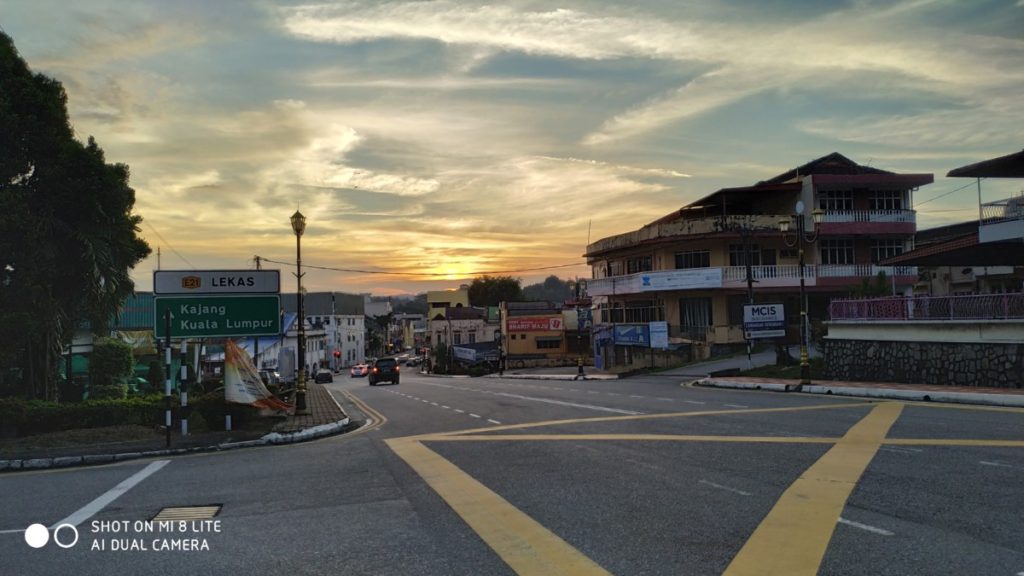 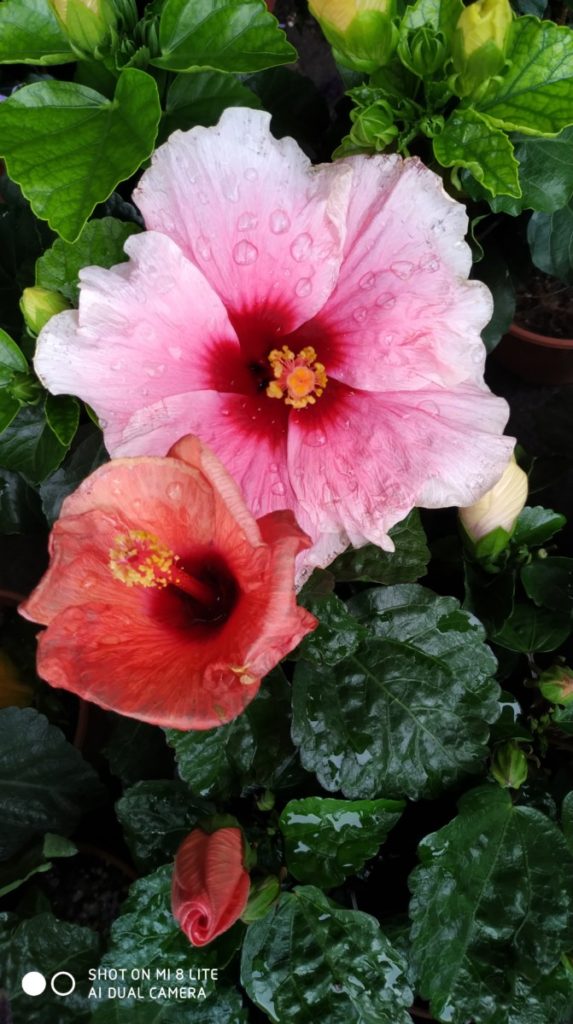 Packing a 3,350mAh battery, the Xiaomi Mi 8 Lite offers enough endurance to keep pace with similarly priced peers. When subjected to a fairly normal workload – a combination of data and wifi, some light casual gaming like Command and Conquer Rivals and a round or two of PUBG, social media and crunching through emails and some Word documents on auto screen brightness, it managed to last the better part of a day. Your mileage will vary though if you’re are wont to be a heavy gamer or you’re binge watching entire seasons of Friends.

As it stands, the Mi 8 Lite is a soundly designed phone that does everything asked of a midrange phone – a decent camera, a large if notched display, enough pixel crunching power under the hood to run almost everything smoothly and expandable storage. Unfortunately, it struggles to stand out from the crowd as it has a host of contenders, some of which perform better, have better hardware for what you pay for or are simply cheaper. If you have a budget for a Mi 8 Lite, you might as well chunk out for a Pocophone. Even so, the Mi 8 Lite does have its charms and it’s well worth a look.

What we liked Expandable memory, decent performance,
What we didn’t Finish is a fingerprint magnet, no audio jack, not water resistant, middling camera
We Say A competently made midrange phone that tackles everything asked of it in a fair fashion though it struggles to stand out amongst a horde of contenders. Still, it has its charms and it’s still worth a look if you’re keen on a workhorse device or if it appears on special