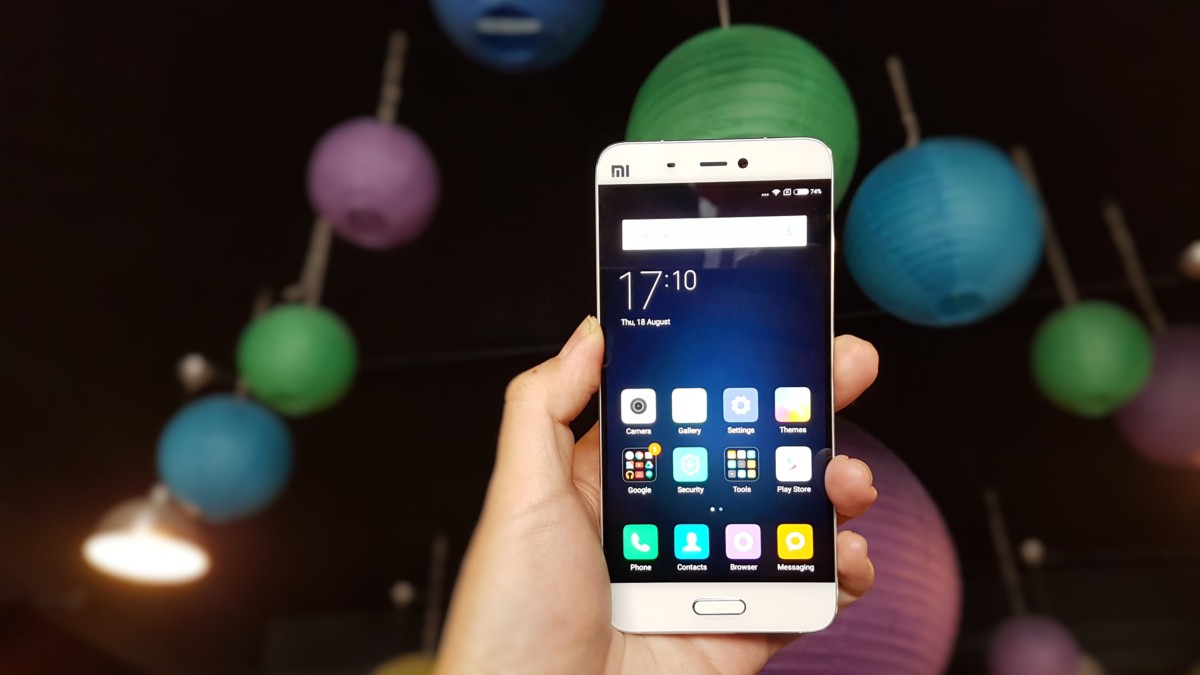 Known for making some seriously good phones that do not cost an arm and a leg, Xiaomi has enjoyed a popular following on account of the moderate price tag and decent quality of their devices. Their latest flagship phone for the local market follows their traditional game plan by cramming in a flagship-class Snapdragon 820 processor along with a solid array of other hardware into a sub RM-1600 price point. 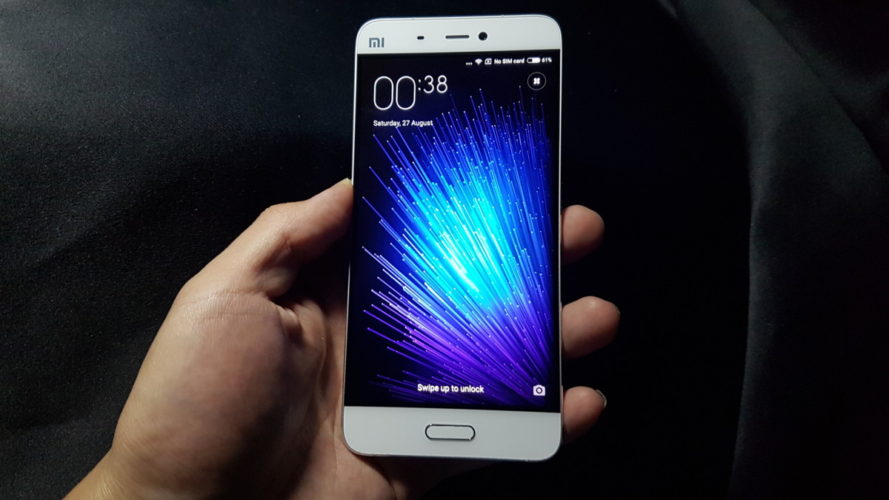 The packaging looks impressive at first glance with a heavy gauge cardboard opening up to reveal the phone itself along with a somewhat meager smattering of accessories. Barring the phone, all you get us a conventional three-pin USB charger along with the associated USB Type-C cable, a user manual and a SIM card pin. Fortunately, the phone itself makes up for the rather sparsely accoutered box. 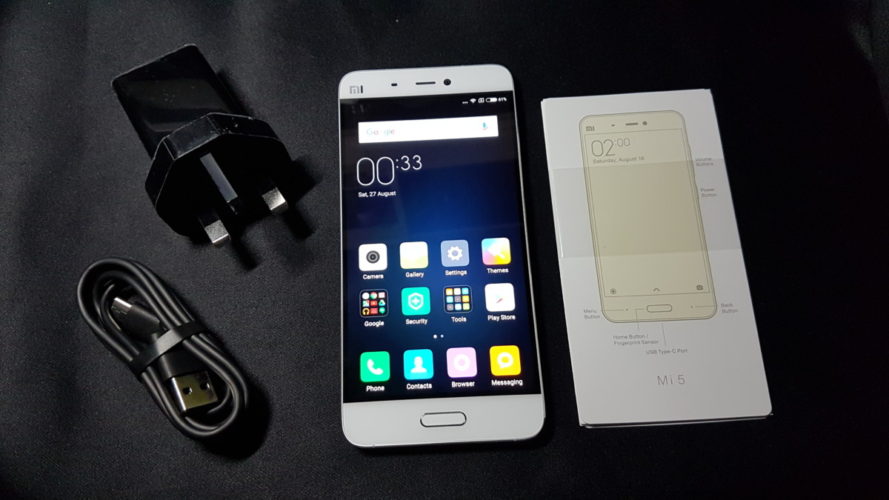 The phone itself comes with Xiaomi’s classic design that takes quite a few design cues from the chaps at Cupertino. The casing itself is 7.3mm thin and weighs a rather light 129g. Sandwiching the whole affair is both front and rear Corning Gorilla Glass 4 so what you essentially get is a phone sheathed in glass. It offers an interestingly posh feel to the whole affair when held and the gently rounded backplate and curves makes it much less likely to snag in your pockets. 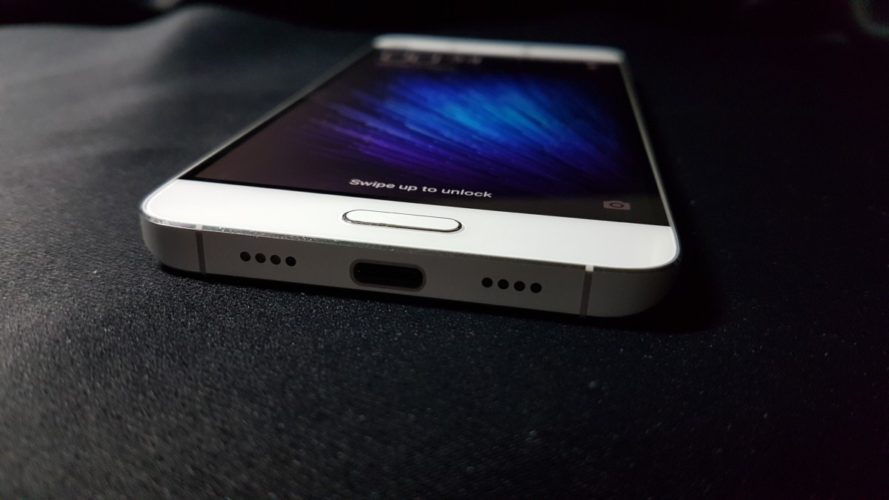 The base of the phone comes with two subtle antenna bands along with a USB Type-C port while the top side of the Mi 5 comes with a 3.5mm audio jack along with an IR blaster that lets you remotely control a variety of other appliances like air conditioners, tellies and the like. 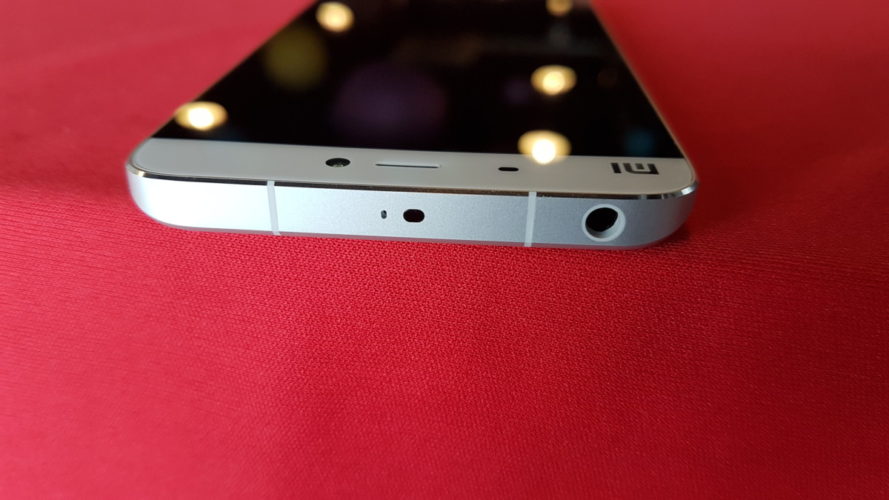 The right side of the phone comes with a power button and volume rocker and when viewed in profile, you can noticed some of the subtle chamfering done on the side along with the inlaid silver trim framing the bezel of the display. The left side of the phone is otherwise unadorned save for a dual SIM card tray. Alas, the Mi 5 lacks expandable memory so you’ll have to make the most of the phone’s 32GB of built-in storage. Higher end versions exist with more storage but they’re not officially available locally. 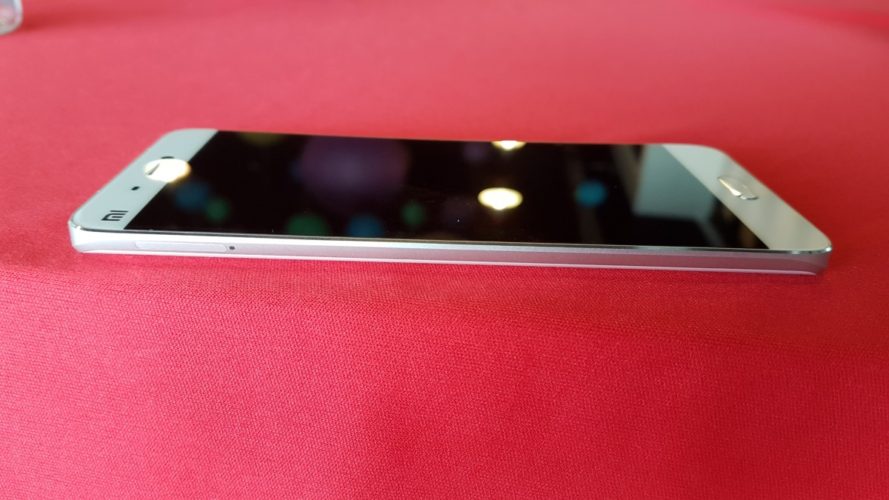 The rear of the phone is done up in a relatively plain ceramic white finish that fortunately repels fingerprints. It’s inordinately slippery though so some care is needed when you place it on a flat surface as it’s prone to sliding off a table into oblivion. The primary feature of note here is the rear 16-MP camera that comes with an f/2.0 lens, phase detection autofocus, 4-axis OIS and a dual LED flash with the ability to take 4K video. Through some ingenious engineering, they’ve managed to make the lens array flush with the casing to mitigate the inevitable scratches that come when placing it on a table. 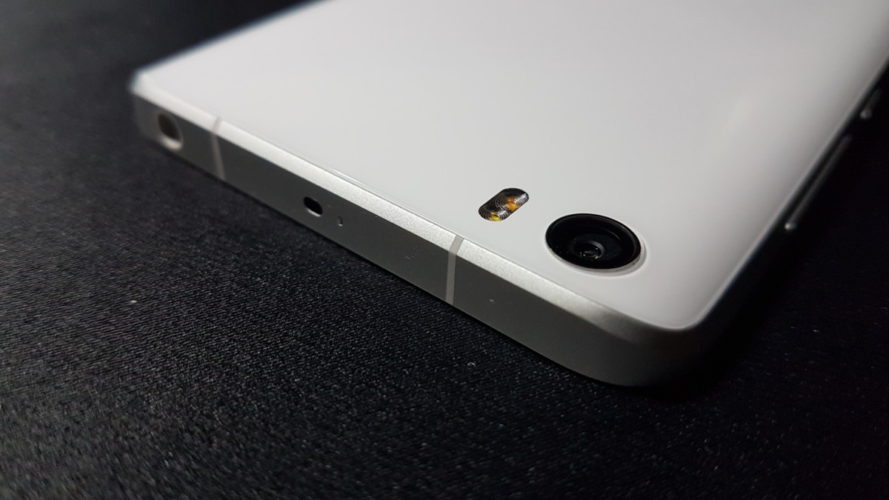 The front of the phone comes with a 5.15-inch 1080p panel flanked by a physical home button that doubles as a fingerprint sensor along with a 4-MP selfie camera. 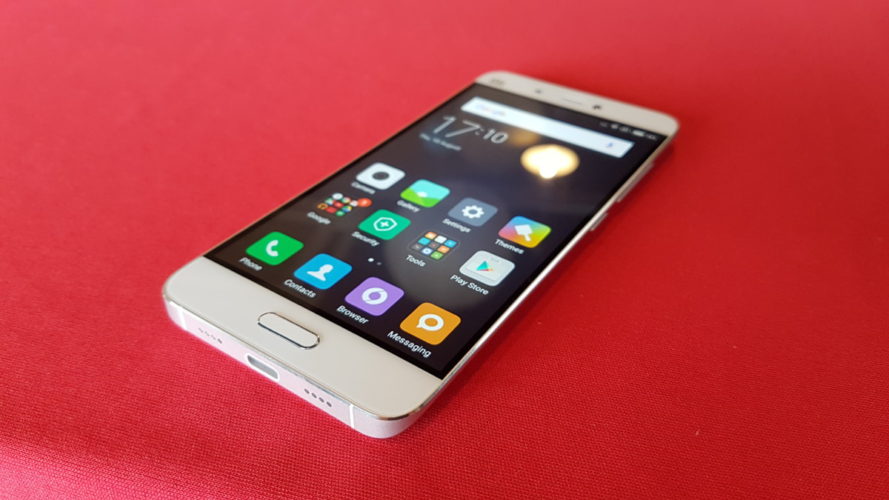 While the packaging is rather impressive, the dearth of accessories is not though the phone itself is very well made for what you pay for.