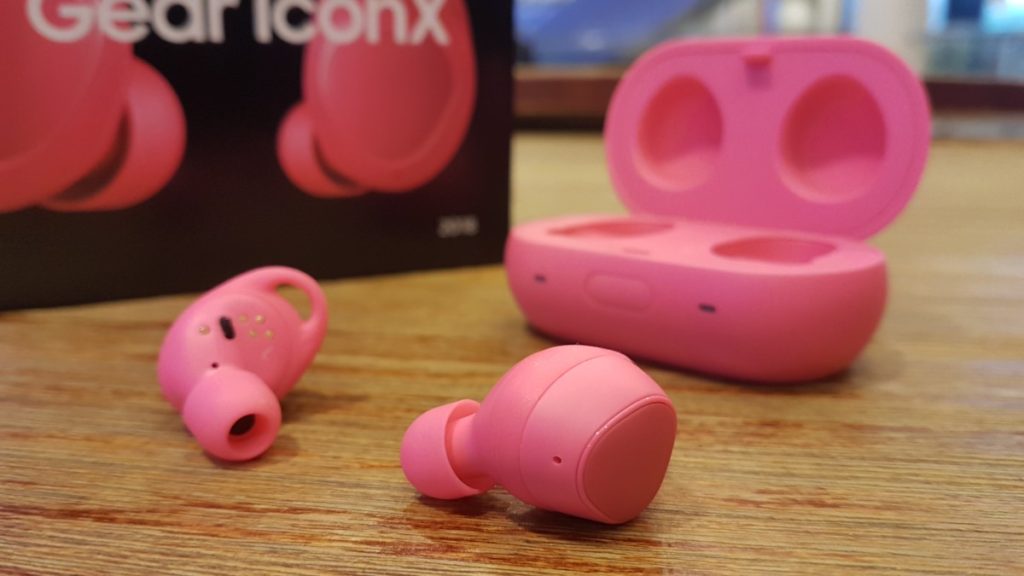 Announced at IFA 2017 earlier this year, the second incarnation of Samsung’s IconX wireless earbuds aims to improve on its predecessor’s prior sore points in the form of extended battery life and a whole raft of subtle improvements all around. We had the privilege of getting an early retail unit for the Malaysia market for field testing and while pricing has yet to be announced, the revamped IconX will be arriving sometime in November in three different colours – black, grey and pink. Our test unit came in a rather eye catching shade of pink. 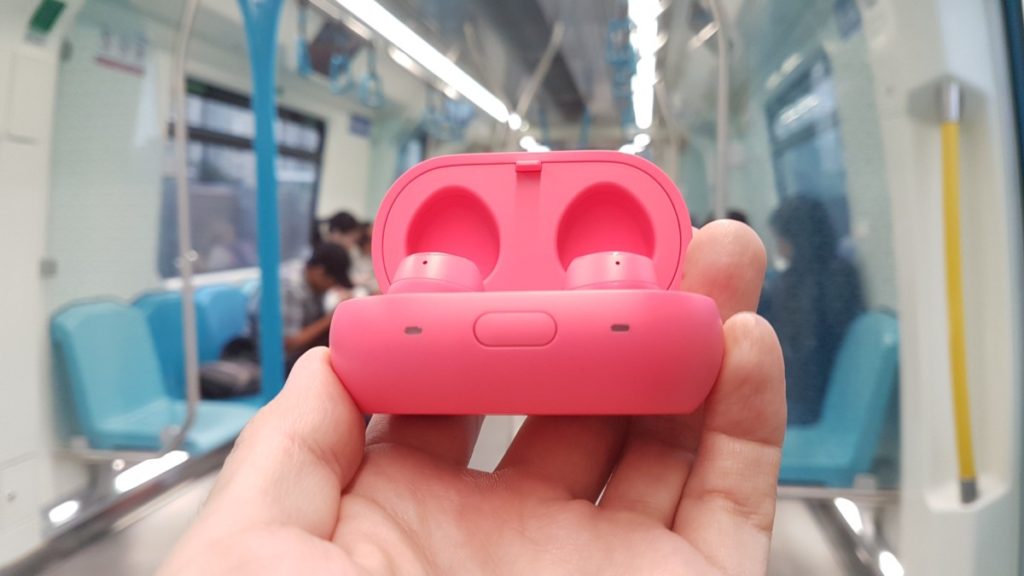 The second incarnation of Samsung’s wireless earbuds retains a mostly similar form factor with a lozenge-shaped case holding a pair of in-ear wireless earbuds that have a triangular shaped touch sensitive panel that responds to taps to control music playback, to make and take calls and also summon a voice assistant like Bixby Voice though you’ll need to pair it with a Samsung phone of recent vintage such as the Galaxy S8, S8 Plus and the Note8 for it to work. For other phones, you can still get it to work with the Google Assistant.

Each earbud is a compact affair that stays securely in your ear via a silicone ear tip along with an outer wing tip securing it to your outer ear canal. Samsung also provides differently sized earbuds and wing tips out of the box so you can adjust it to fit your ears as needed. When worn, they offer a modest, understated look which is quite an improvement over some competitors that look like you’re wearing toothbrushes dangling from your ears. 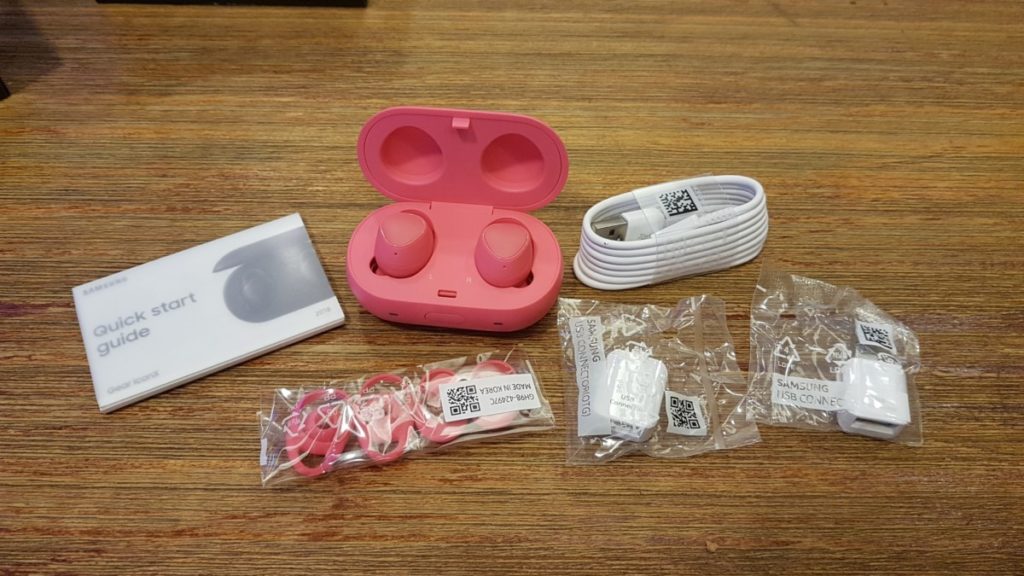 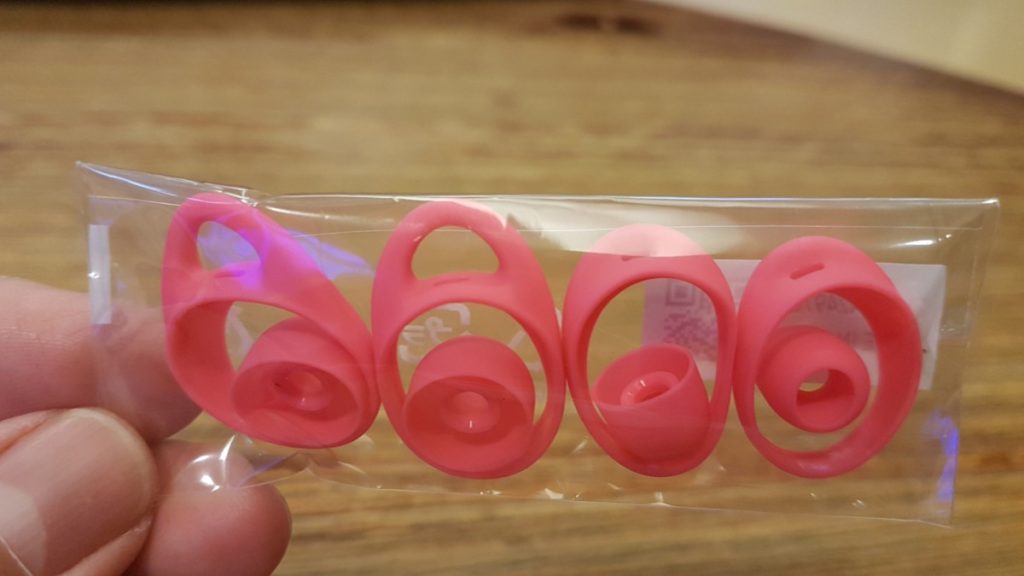 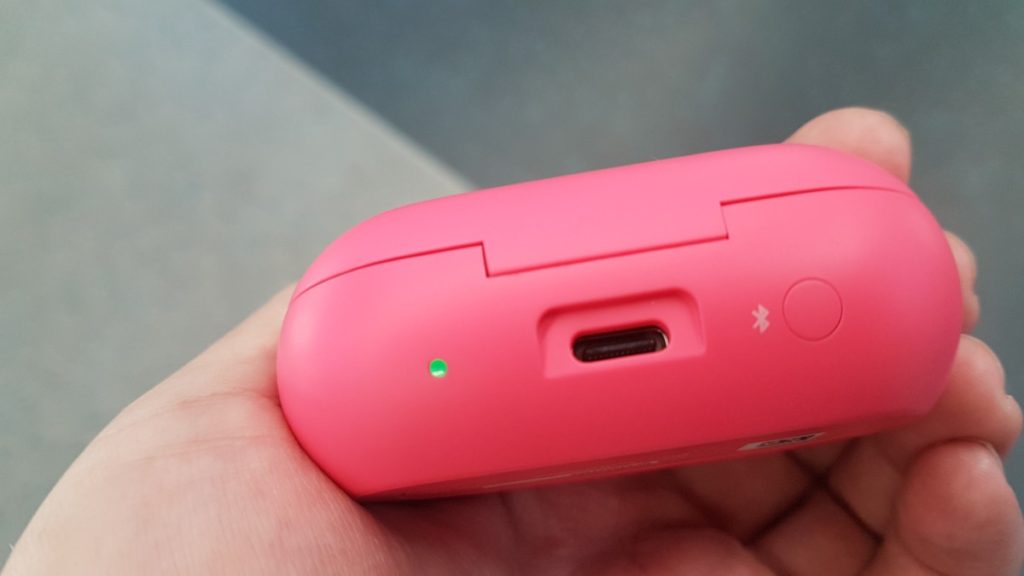 Charging it and docking the whole affair to a PC to tweak your built-in playlist is achieved via a USB Type-C port located in the rear. Each earbud also has a separate indicator light to show if it’s charging as well though there’s no quantitative indicator to tell if it’s fully charged or halfway through as all you have to work on is a red light to tell that it’s charging and a green light to tell that it’s fully juiced.

Budding Talent
Getting the IconX earbuds up and running was an easy affair. Pairing it up to the phone took a matter of seconds and transferring tracks to both earbuds was simply a matter of hooking up the charging dock with both earbuds safely docked within it to a PC and then dragging the desire tunes off to either earbud. This isn’t strictly necessary though as you can, as originally intended, stream tracks off your phone though it does drain battery life in a swifter fashion. Most lossy music files are supported including MP3, M4A, AAC, WAV and WMA. 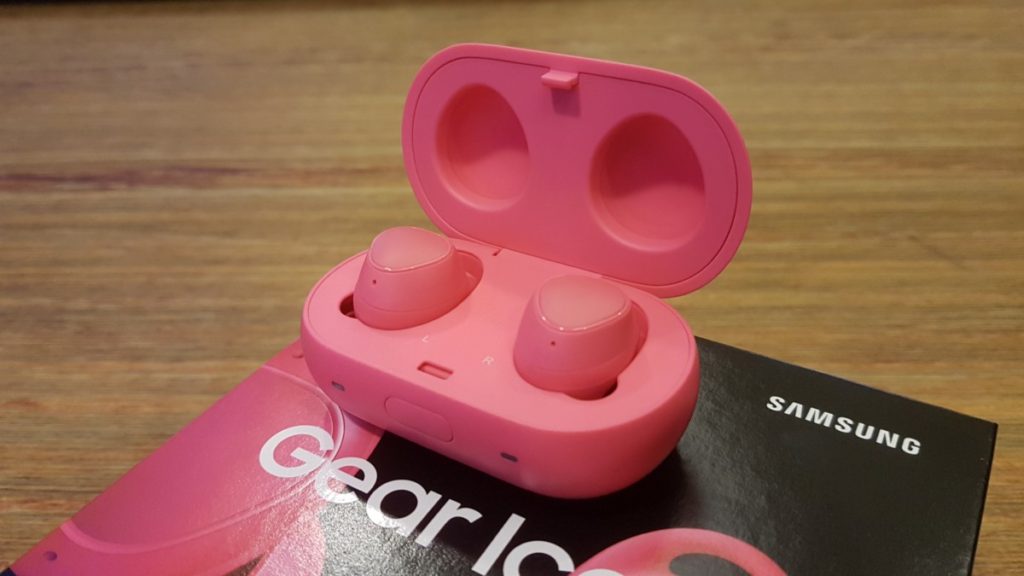 In conjunction with the Samsung Gear app on your phone, you’re able to tweak a number of options on the IconX including which is the primary earbud for fitness tracking, where to play music from be it your phone or via the built-in storage and also set what language you want the IconX to be prompting you with on the menus. You’re able to pick from all the usuals including German, English, French, Japanese, Korean, Russian and even Mandarin too if you’re of a mind though Bahasa Malaysia is not available at the moment.

Of note for outdoor runners is the ability to turn on an ambient sound option that allows a modicum of external noise to reach your ears – things like oncoming traffic, angry fauna and the like – though you have to manually switch this on for it to work.

Hey, Coach!
The most interesting addition to the IconX over its predecessor is a new Coach feature independent of your phone that attempts to verbally motivate you through a series of preprogrammed runs that range from a brisk walk to a punishing pace that would do a drill sergeant proud though the primary difference here is that the Icon X will attempt to motivate you with dulcet sweet tones in a semi-robotic voice spouting verbal encouragement to help you keep pace. Somewhat interesting linguistic gems include “Walk briskly during warmup” and “Lengthening your stride will help increase your pace, give it a try”. If you slow down, it will motivate you to run faster and vice versa if you happen to be running ahead while also prompting you with time elapsed and how far along you are in the selected exercise programme. It’s certainly an interesting feature to have around for beginners though it only seems to track walking and running for now. 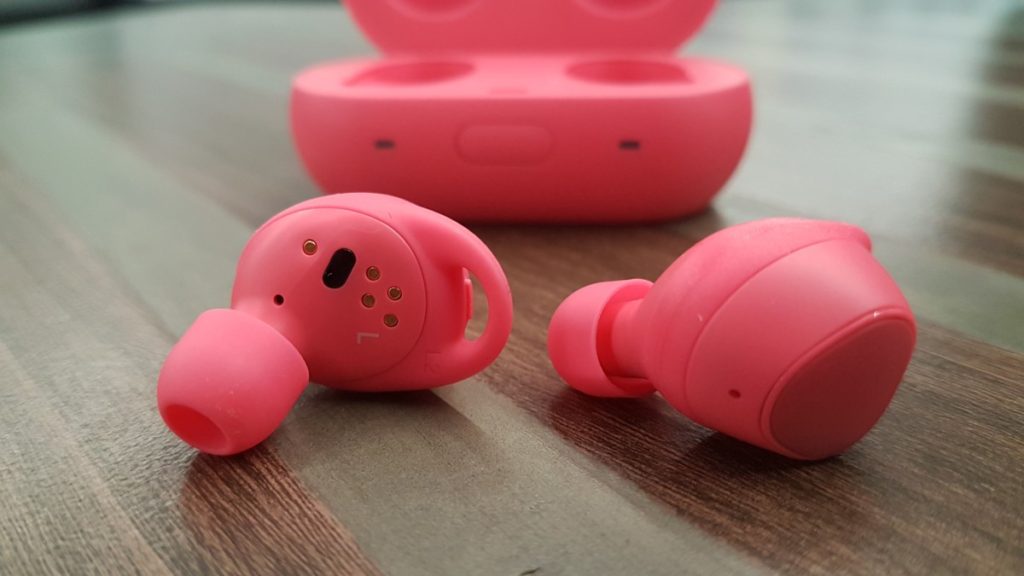 Controlling the Icon X is a relatively simple affair by tapping either of the two earbuds with a combination of taps and swipes to get things done as well as prompt the Google Assistant or Bixby voice to fire up and resolve a verbal query. Unfortunately, this tapping system is somewhat imprecise and you need to often repeat a tap command a couple of times before it takes. If there’s a menu or means to customise the speed of tapping, it would have been most welcome. As it is, it’s a case of retraining muscle memory which takes awhile.

Sound Buds
When put to use over the course of a week, the Icon X proved to be a capable pair of wireless earbuds. Music was handled well with no dropouts when streaming tracks off a paired phone. It handled most contemporary tracks well enough though the Icon X understandably lacks solid sound staging but for its intended purposes as a general purpose pair of earbuds for use on the go and at the gym, it’s more than sufficient. Call quality was good as well with excellent clarity on either end.

The Coaching function was a pleasant bonus but isn’t going to be the centrepiece of a personal fitness programme as it doesn’t do much on its own bar motivating you onwards though you can however pair it with the Samsung Health app to provide better fitness tracking. 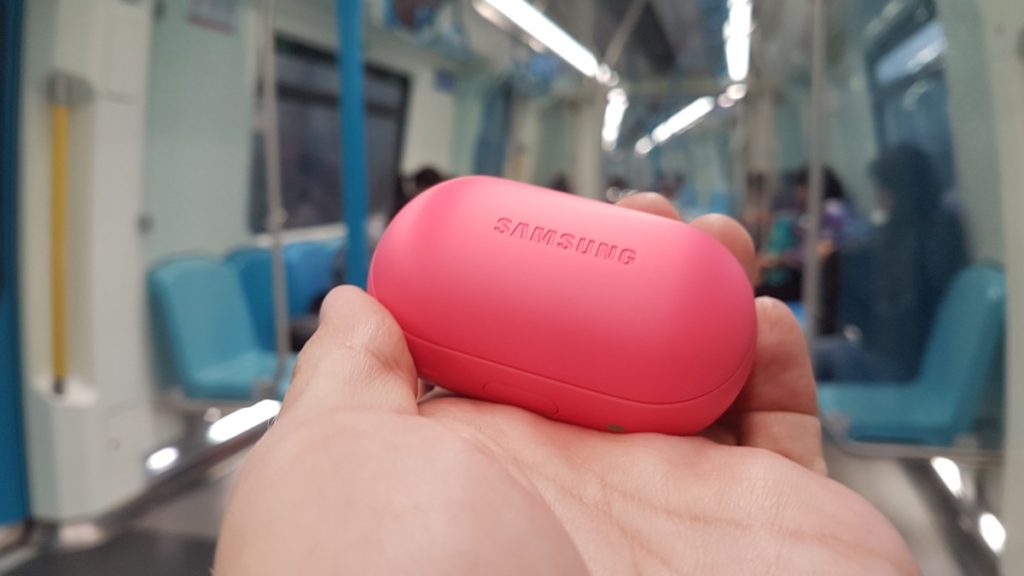 Price, Battery Life and Conclusion
In the field, the revamped IconX offered phenomenal endurance. With both earbuds on, they lasted just short of the quoted eight hours of battery life taking calls and with several hours of music thrown in for good measure. The provided charging case proved handy and offered up enough juice for another sitting. Of particular note is that the case itself is able to rapidly top up your charge from dead zero with a quick ten minute charge offering over an hour or so of playback. If you’re a frugal sort and use one earbud at a time and in offline mode to play music off the onboard memory, the Icon X offers up battery life with the best of them. 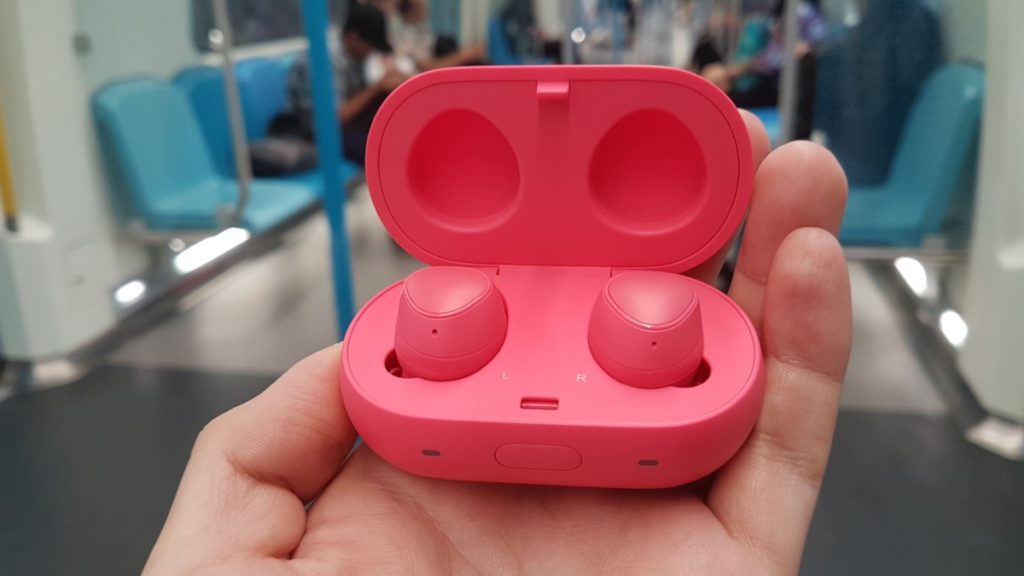 With the looming demise of the headphone jack on the distant horizon, wireless audio gear looks like the de facto future if you’re looking to listen to something on the go. Samsung’s Icon X resolves the biggest quibbles that plague wireless kit and offers superb battery life along with decent audio to go with it too. The only pickle was getting used to the controls which needed quite a bit of practice to get used to. 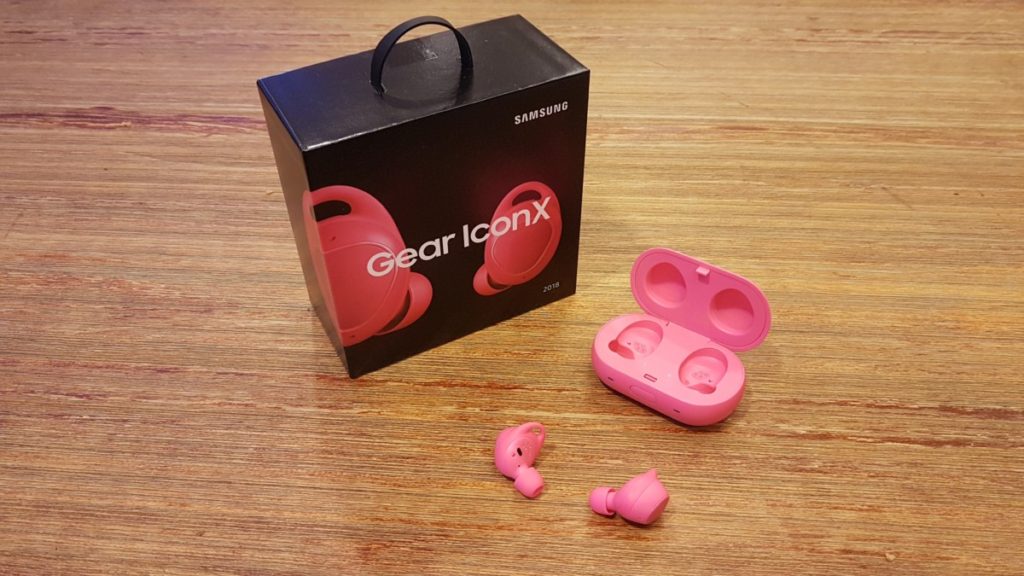 While we weren’t able to get an indicator of the Gear IconX’s exact price at press, it’s slated to be around the RM800 mark which tallies with its overseas price tag of about US$200 bucks, which puts it somewhere in the premium price range for a pair of wireless earbuds but they’re a sound hedge when your next phone lacks an audio jack.

*Update: At launch on 23 November 2017, the Samsung Gear IconX was announced to retail at RM799 in Malaysia which puts it slightly cheaper than an Apple AirPod

What we liked Excellent battery life, each earbud can be used individually, comfortable to wear
What we didn’t Controls aren’t very precise, no quantitative indicator of remaining battery life
We say Superb battery life and decent audio quality make this a sound investment in a headphone jack free future that’s looming on the horizon