The Samsung Galaxy S10e is an outstanding phone that is the slimmest and most compact offering in their current line-up but retains a similarly brilliant Infinity-O display, a darned good front and rear dual camera setup and the same exceptional performance. If you need a compact high-performer of a phone, this is the best there currently is in the market.

As part of the latest triumvirate of flagship phones from Samsung, the Galaxy S10e comes with few compromises and is, in certain situations, superior to its larger sized siblings. Previously, we gave a broad once-over of where it stood in the general line-up versus its siblings the Galaxy S10 and S10+ along with a once-over of its build and design which is, as you’d expect from Samsung issued hardware, is of exceptional quality indeed.

Fortunately, it’s not just looks on offer. The Galaxy S10e  has a smaller but nonetheless impressive Full HD+ Dynamic AMOLED display that has, like its siblings,  1,200 nits of maximum brightness and is the world’s first cinema-grade HDR10+ certified Dynamic AMOLED display and it is also certified for 100% Mobile Colour Volume by CDE Germany. The screen  is also TUV Rheinland certified and it emits 42% less blue light than its predecessors without compromising colour quality.

On that front, it scores a 0.4 Just Noticeable Colour Difference (JCND) rating from DisplayMate which manages to top even last year’s Note9 that scored 0.4JCND. Combined, these qualities make it one of the world’s best displays in terms of colour reproduction, sharpness and brightness. This was borne out under field testing with a variety of content.

While there is a dearth of HDR10+ content, it nonetheless did a bang-up job with contemporary HDR content. The Avengers looked delightful onscreen with sharp looking costumes and detailed backgrounds. What seals the deal and elevates the S10e over many similarly sized and competing phones is the fact that it has a Dolby Atmos enhanced set of stereo speakers – one where the receiver is and one at the base of the phone. Audio quality via the speakers is pleasantly loud and detailed enough for casual listening on Spotify and a round or two of Netflix; a surprise seeing the slimness of the phone.

Like its siblings, the Galaxy S10e also uses the powerful Exynos 9820 processor, their latest generation 64-bit octacore processor built on an 8nm process and which has an integrated Neutral Processing Unit (NPU). This is paired with 6GB RAM and 128GB of onboard storage expandable via a microSD card slot with up to 512GB cards. Theoretically, this allows for over 600GB of potential available storage which outpaces last years Galaxy series models by a substantial margin.

In terms of synthetic benchmarks, the S10e yielded very respectable scores across the board that improve on last generation’s Exynos 9810 that saw service in last year’s Galaxy S and Note series phones by quite a margin. In Geekbench 4.0 it got a single-core score of 4,349 and a multi-core score of 9,756.

The Galaxy S10e in general is appreciably fast and nimble, capable of tackling everything asked of it and more. The addition of their new One UI user interface along with Android Pie has also seen the inclusion of welcome creature comforts like a dark mode to save a bit more on juice. The demarcation of interaction and viewing areas across the display, clearer and less obtrusive notifications and a cleaner look makes interacting with stock apps a lot easier and while it is meant to facilitate the use of large displays, it feels just dandy on the compact S10e with everything onscreen reachable one-handed at any time.

It was able to handle movie editing tasks in a rather capable fashion on a number of third party apps and proved capable of handling demanding gaming with PUBG tackled at the highest quality settings without it keeling over. What made things a real treat is the sheer quality of the display. Even when capped at FHD+ resolution on the S10e, the screen is pin-sharp and graphics in games were appreciably more vibrant and silky smooth as well on account of the powerful hardware it runs.

The wireless PowerShare mode is able to charge Qi-certified wireless devices so it’ll charge other Galaxy phones, the new Galaxy Buds and a variety of other kit. It isn’t the defining feature of the phone but it is a nice option to have in the field to minimise the amount of cables you have to tote around.

Unlocking the phone via the side mounted reader isn’t as sexy as the S10 or S10+ but it does the job and it reads fingerprints in a swift fashion. Bar the minor ergonomic niggle of its placement too high up the midline, the Galaxy S10e is a very solid performer of a phone indeed.

The Galaxy S10e has a 12-MP primary camera that incorporates the best hardware they have to offer akin to the S10 and S10+. To wit, it has Samsung’s Dual Aperture tech that first debuted on the Galaxy S9 that can automatically change apertures from f/1.5 to f/2.4 depending on ambient lighting conditions. This is paired with optical image stabilisation for judder free snaps and 4K video capture.

The secondary camera is a 16-MP super-wide-angle camera with an f/2.2 aperture and a 123-degree angle lens that also has 0.5x optical zoom. This is particularly helpful in regards to capturing wide group shots and scenery. Other refinements this time around common to the series of note is the inclusion of a Super Steady video mode that takes advantage of the aforementioned wide angle lens for smoother judder free video through the magic of post processing.

What the S10e lacks over its larger siblings is a third 12-MP telephoto camera with OIS and 2x optical zoom.  For capturing better snaps, the S10e leverages the NPU to create what it calls a Best Shot mode where it will suggest better shot composition via onscreen prompts after analysing 100 million images. Last year’s Scene Optimiser mode also adds over a score of new modes to the line-up (people, shoes, clothing, face, stage, vehicles, drinks, babies, dogs, cats as well as a document scanning mode to make it even more capable than ever.

Super Slow-Mo videos on the S10e have also been improved as well with double the duration at 0.4 seconds worth of Slow-Mo action at 720p@960fps versus the 0.2 seconds seen on the Galaxy S9. 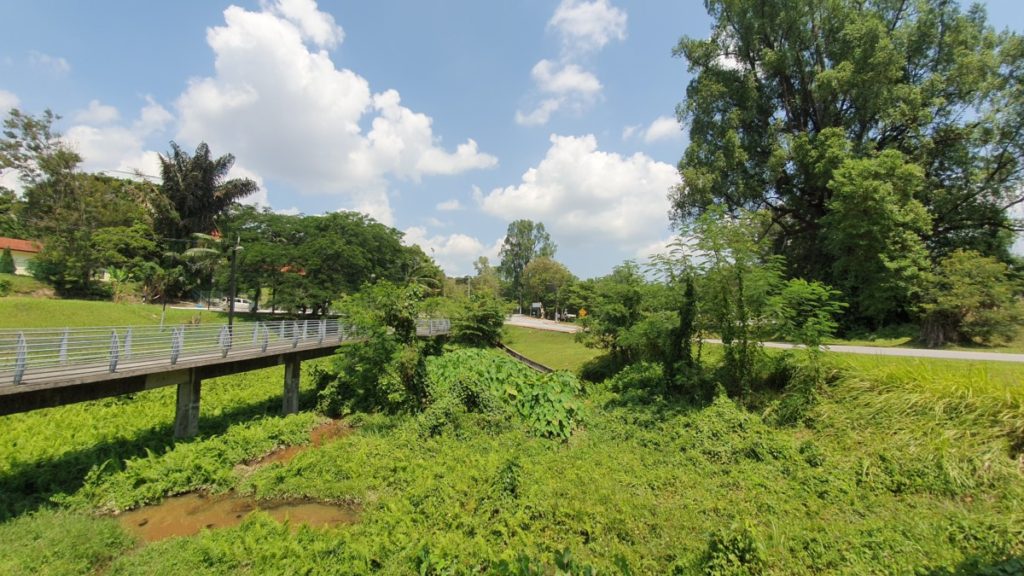 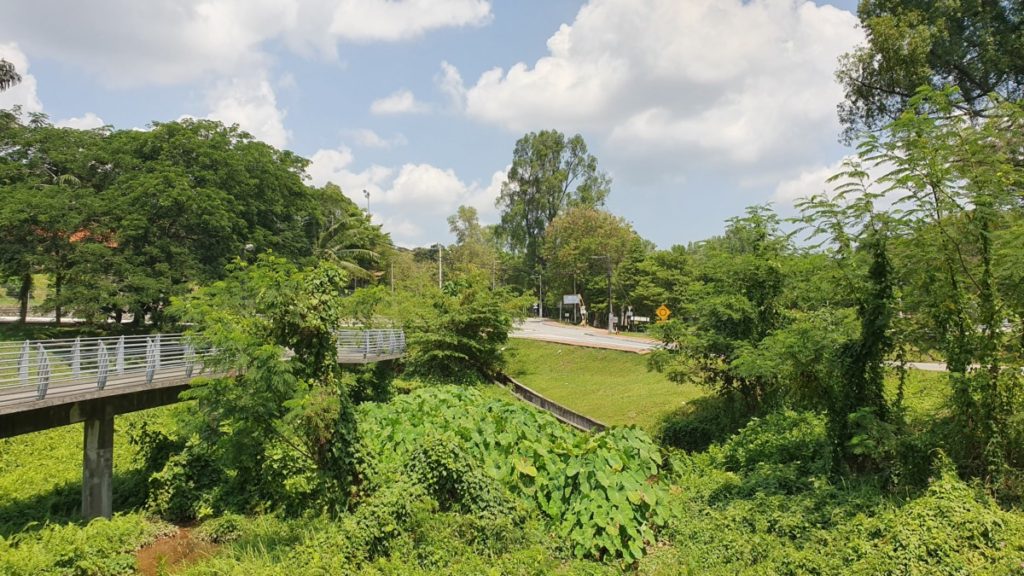 The Galaxy S10e’s Live Focus mode has also enjoyed an upgrade with not one but four different alternative background defocus effects ranging from a spiral,  zoomed-in speed lines and a desaturated mono background where only the subject is coloured.

In terms of performance, the Galaxy S10e’s dual rear camera setup delivers well exposed shots brimming with detail and excellent colour accuracy under daylight conditions and the S10e also acquits itself very well indoors and low light conditions with generally well controlled noise reduction. Extremely dim or night shots seemed a bit dark on account of an omission of a night mode but the results are more representative of what your average human eyeball is actually seeing. 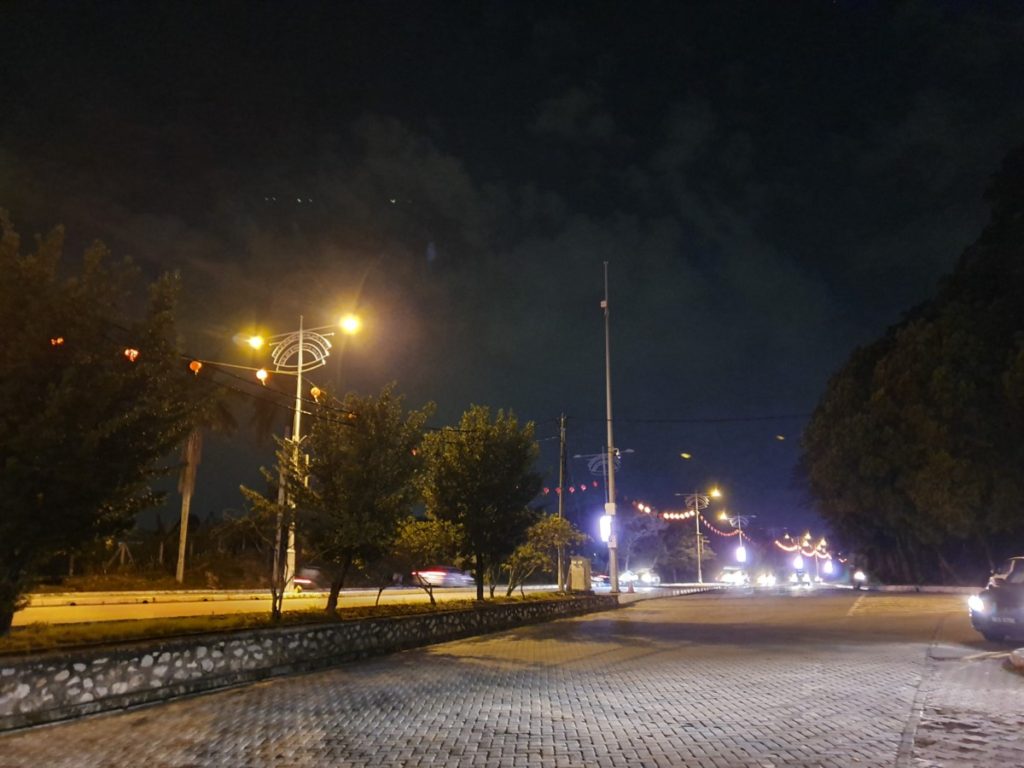 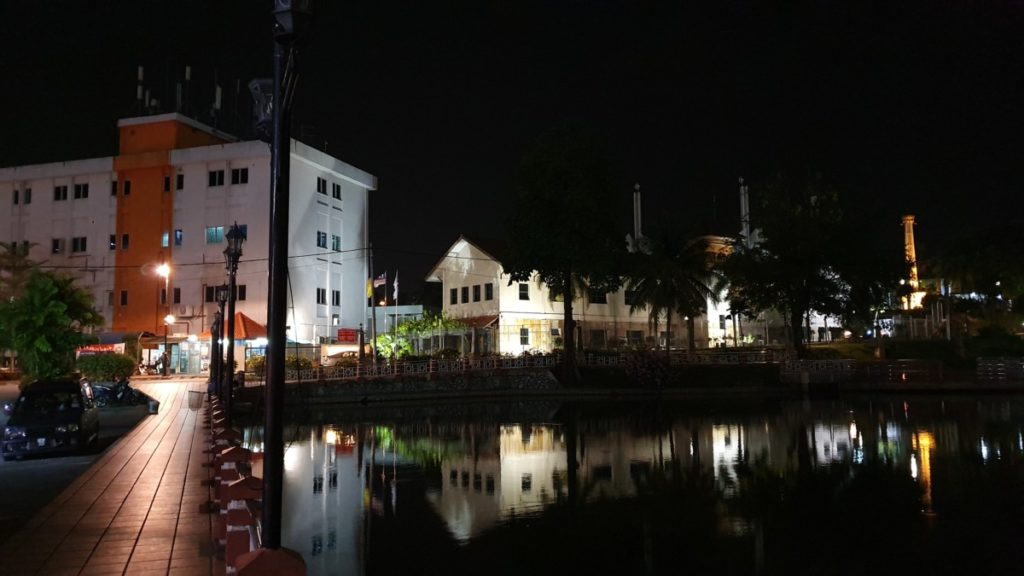 The camera secondary wide angle camera comes in exceptionally handy for scenery shots and delivers equally good stills though there’s some aspheric distortion apparent especially when you’re taking pictures of scenery with obvious straight lines like streets and the like with the default settings but that’s not a major quibble as it can be corrected via toggling Ultra-Wide shape correction mode in the camera settings. What is pleasing is that the Best Shot mode is able to help event the most inept photographer compose fairly reasonable shots with the S10e’s competent camera setup tackling the rest of the grunt work. 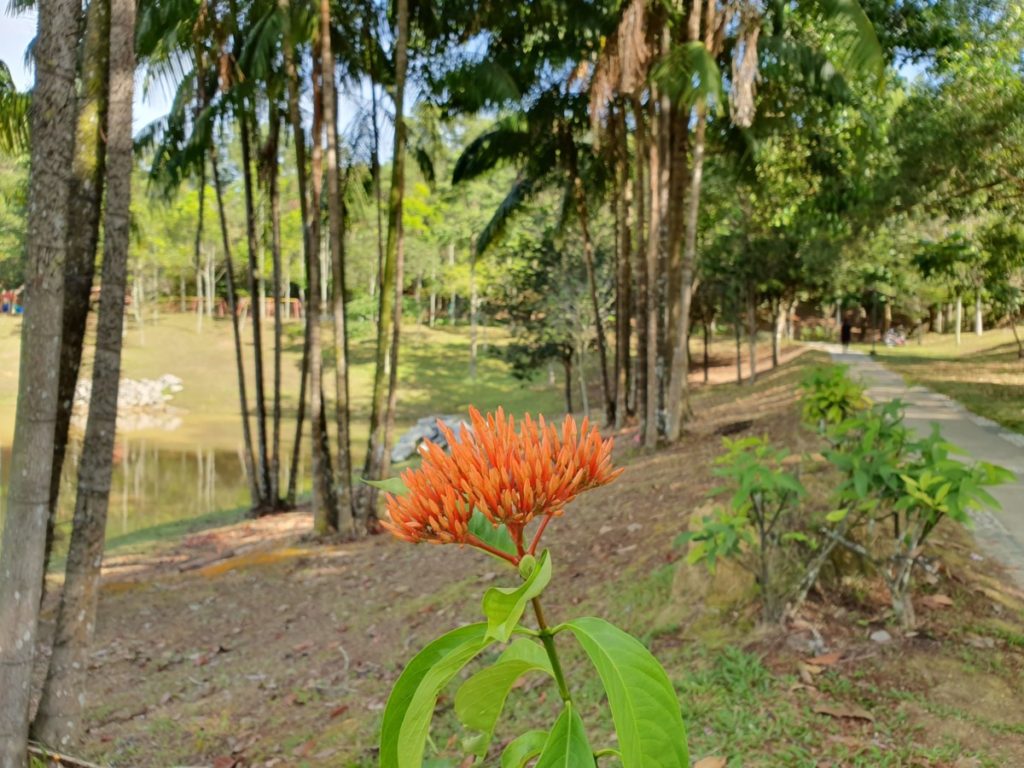 Rear camera of the Galaxy S10e on auto mode 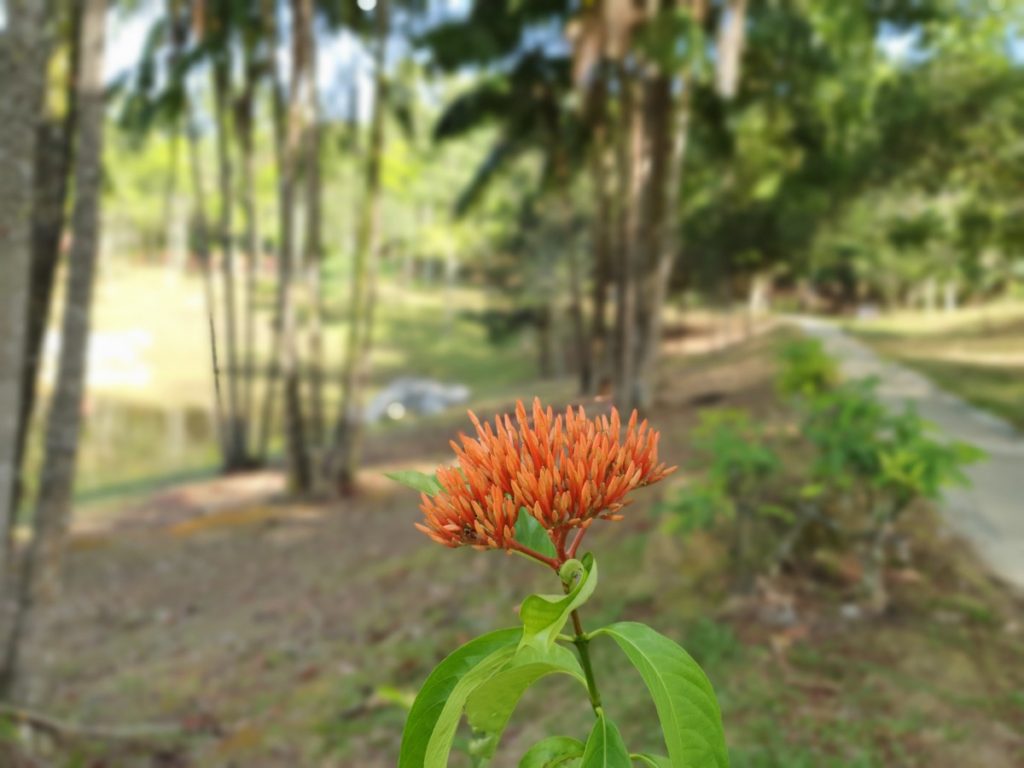 The front selfie camera consists of a 10-MP camera with Dual Pixel autofocus and an F/1.9 aperture. This is further augmented by a Live Focus mode which is also equipped with a total of four optional effects to augment your self portrait shot. In general, selfies excellent skin tones and colours overall are very pleasant. As there’s no secondary front camera, it has to simulate a bokeh effect in Live Focus mode and in general does a very competent job without making it seem excessively unnatural.

Videos are exceptional in 4K for both the front and rear cameras though only the rear one is capable of 960FPS slow-mo with scads of detail and good colours throughout. Both the front and rear are one of the best cameras seen on a smartphone. Here’s a sample of shots across a variety of subjects. 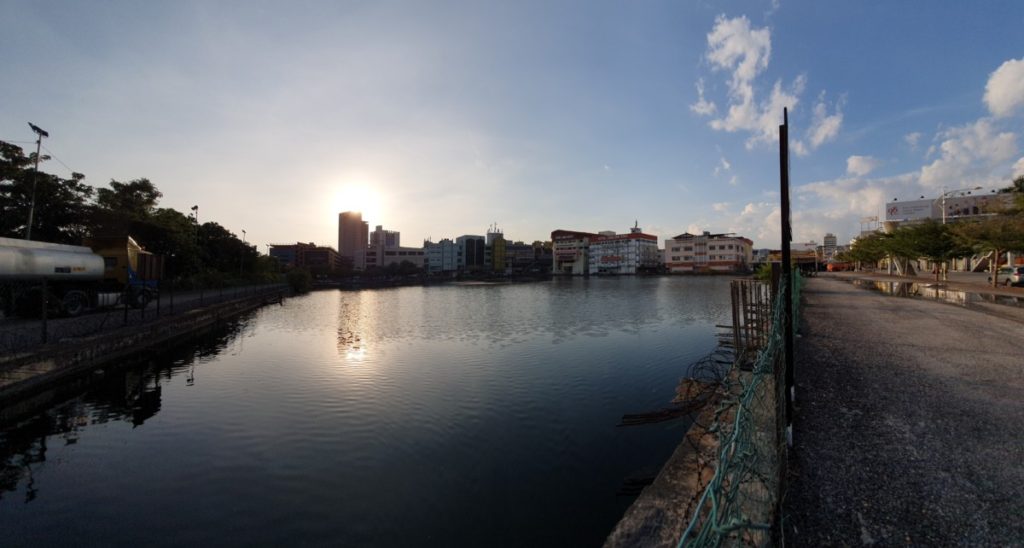 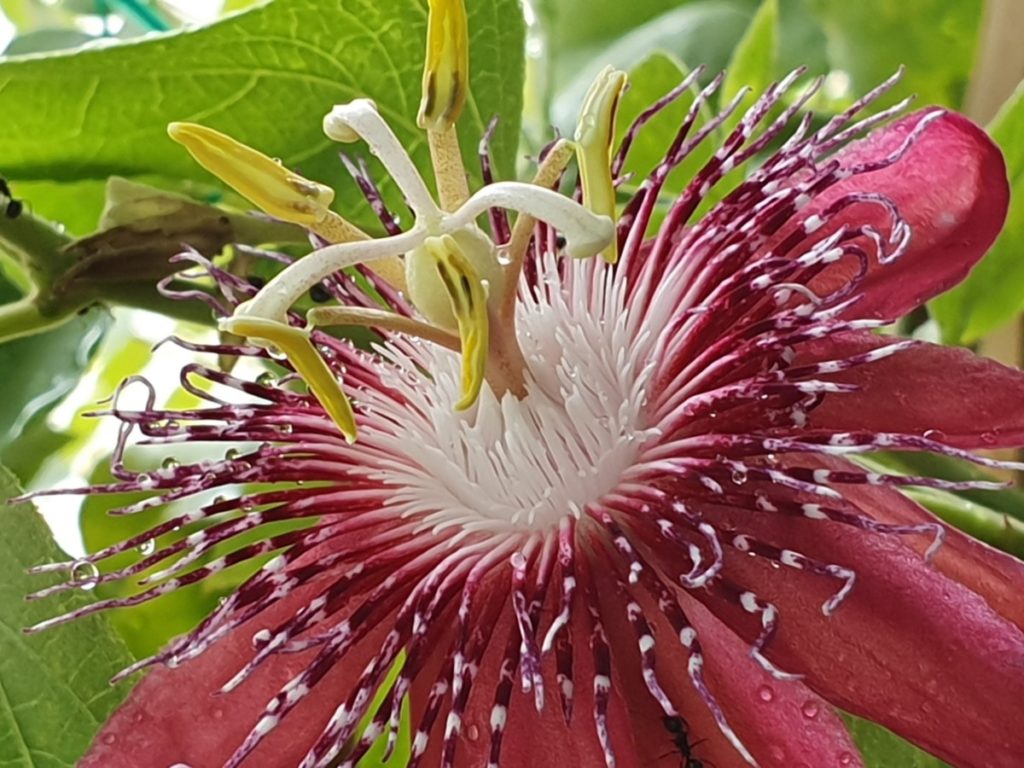 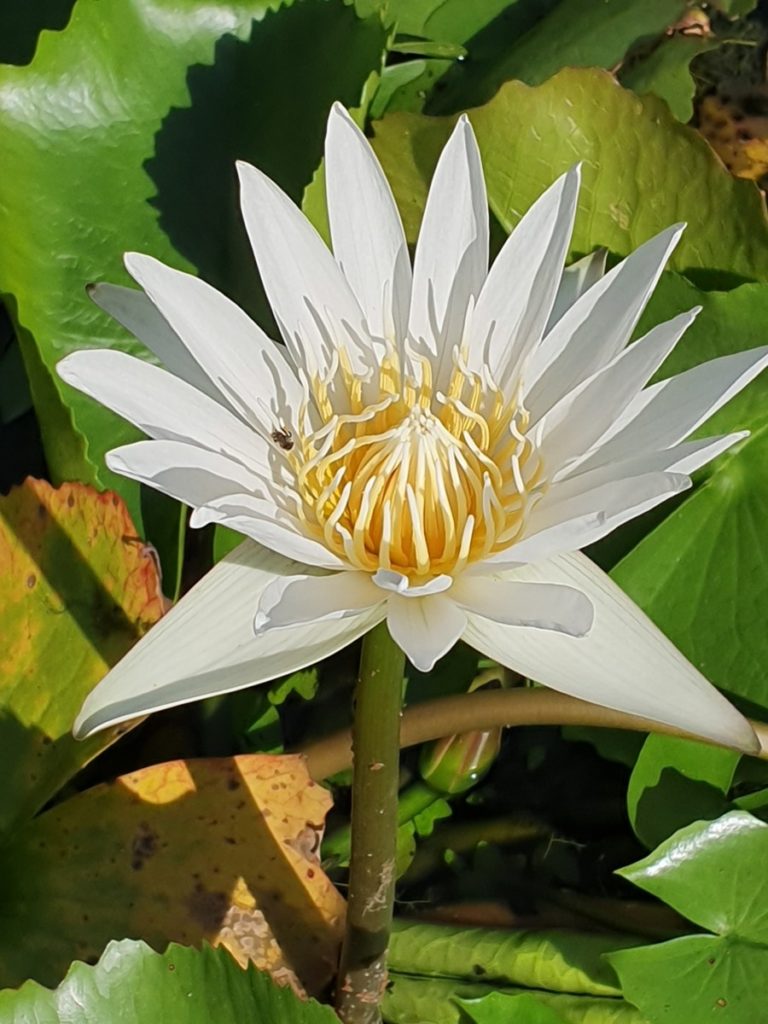 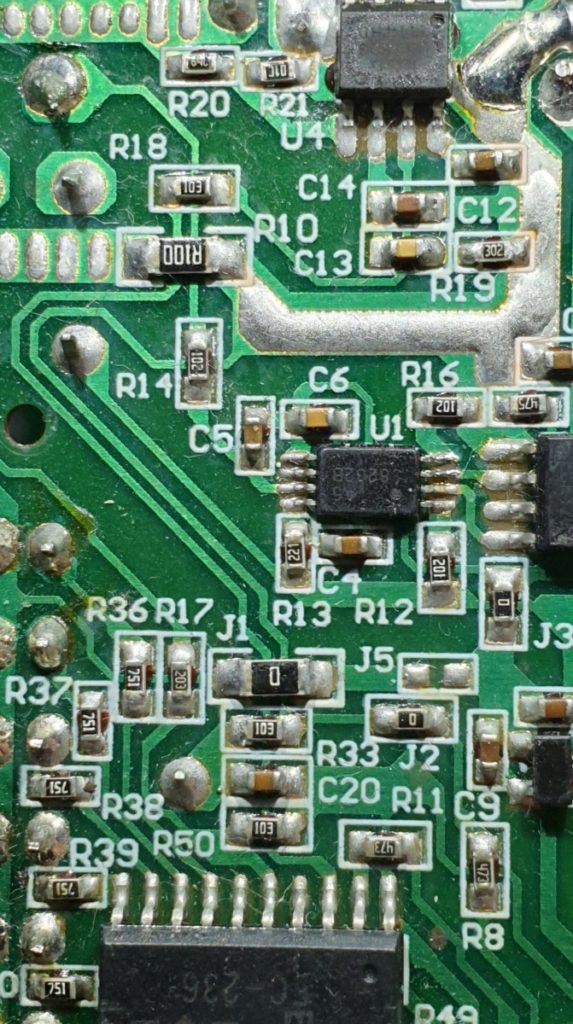 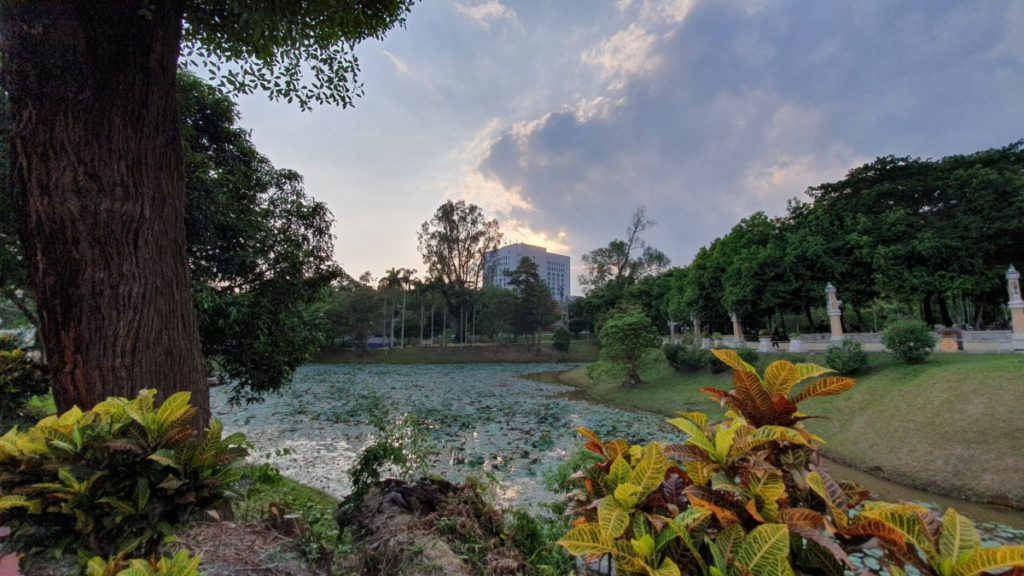 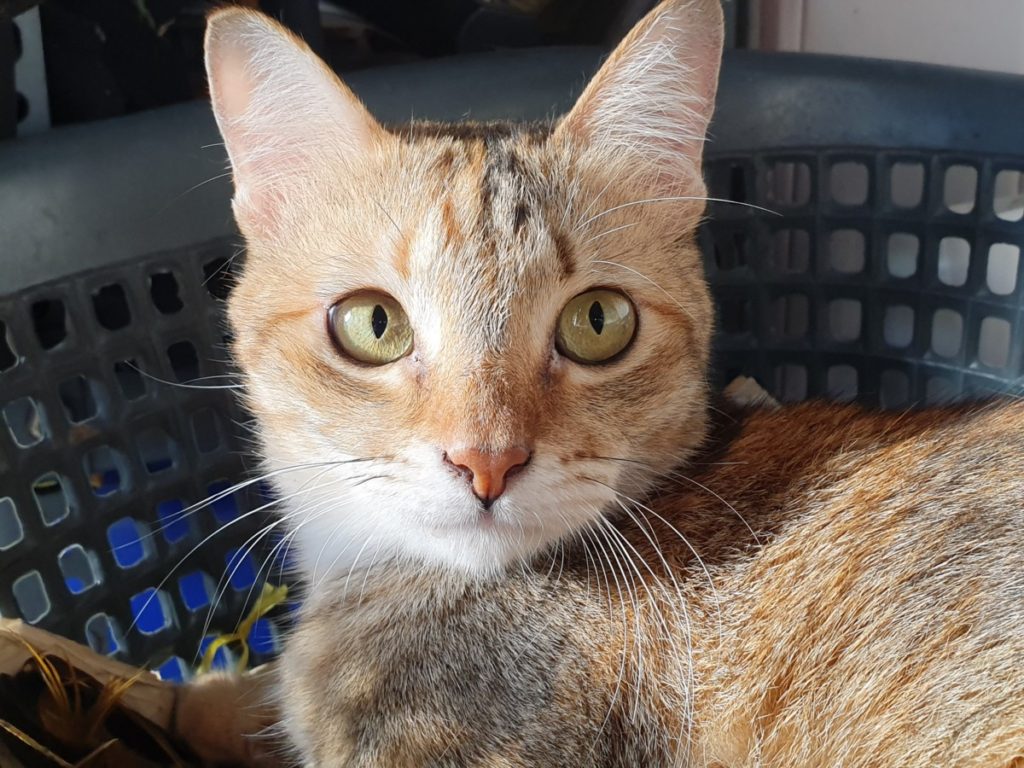 The Galaxy S10e comes with a 3,100mAh battery that has Fast Wireless Charging 2.0 support and can be alternatively charged via a USB Type-C port at the base of the phone. This is further complemented by AI power optimisation that helps to eke out more battery life and launch your favourite apps faster.

It’s a bit too early to test this feature out during our short review period but with a full charge and relatively normal use – emails, texting, modest Facebook and Instagram usage, several minutes of phone calls and a lot of camera use – it still managed to deliver just over 5 hours and 30 minutes of screen time. This is easily sufficient to last a day and Samsung’s battery optimisation tech is admirably impressive indeed.

As it stands, the Galaxy S10e sets a new standard for a compact flagship phone. Not only is it slimmer and lighter than its predecessor the Galaxy S9, it is more powerful in almost every way with very little compromise and if there are any it is versus its larger and pricier siblings. If you are seeking a powerful flagship phone with a compact form factor with a brilliant display, excellent performance and outstanding front and rear cameras, the S10e is your best bet.

What we liked Crisp and vivid display, excellent performance, fantastic rear and front cameras, compact size
What we didn’t Modest battery life, casing is a fingerprint magnet, lacks Ultrasonic fingerprint reader, side mounted fingerprint reader is a bit hard to reach
We Say The Samsung Galaxy S10e is an outstanding phone that is the slimmest and most compact offering in their current line-up but retains a similarly brilliant Infinity-O display, a darned good front and rear dual camera setup and the same exceptional performance. If you need a compact high-performer of a phone, this is the best there currently is in the market.