A large and vibrant display, a solid array of hardware and exceptional battery life make this a compelling proposition for those seeking an affordable Samsung workhorse phone.

Most of the limelight in Samsung’s portfolio of phones is taken up by their flagship offerings such as the recently launched Galaxy S10 series phones and their vaunted Note series productivity phablets but they have made significant inroads of late in catering to the huge entry to midrange level market for smartphones with their Galaxy M20 providing a very compelling proposition for those looking for a bargain workhorse phone.

The Galaxy M20, like many other midrange phones attempts to tread a fine line between offering the best hardware possible without tipping the scales in terms of cost which means a few modest concessions have to be made here and there in the name of utility though Samsung’s latest phone has it where it counts with a massive 5,000mAh battery, a large notched Infinity V display and an otherwise decent set of specifications for what you pay for.

Externally, the Galaxy M20 is hewn of a reflective polycarbonate finish in your choice of blue or black with the backplate consisting of a vertically aligned dual camera array with an LED flash emplaced just below it. Rather than any of the more unusual authentication methods, the Galaxy M20 goes for the more straightforward option of a standard fingerprint reader on the upper rear just to the right of the dual cameras.

The right side comes with a power button and volume rocker while the left has a triple card slot which allows you to bung in two SIM cards and a microSD card at the same time. The base of the phone has a 3.5mm audio jack and a USB Type C port. While the buttons offer good tactility and responsiveness, they also feel rather plasticky though that does not detract from its functionality and is somewhat understandable seeing the Galaxy M20’s intended price point.

Of particular interest is the front which eschews buttons to cram in as large a display as possible. While many displays in its price category cheap out on size or keeping them down at HD resolution, Samsung has kitted the Galaxy M20 out with a very respectable 6.3-inch Infinity-V display which has a V-shaped notch laser cut out from the top of the display for the selfie camera in order to maximise screen real estate while also keeping it a crisp Full HD+ resolution at 2,340 x 1080 pixels.

The side bezels are also breathtakingly slim and bar a slightly thicker than usual bottom bezel, the front of the Galaxy M20 almost entirely consists of the display proper with a very respectable 19.5:9 aspect ratio. The only concession here, bar the size and resolution is that Samsung has opted for an PLS TFT display rather than the typical crisp Super AMOLED panels gracing their flagships which boast of more vibrant colour rendition but that’s hardly apparent here save for the most ardent pixel peeping nitpickers.

The overall build quality of the Galaxy M20 is excellent with the reflective finish offering a fair modicum of resistance to fingerprint smudges and is also fairly grippy to boot. The gentle rounded corners, even heft and rather narrow profile also make it fairly viable to use one-handed though those with very small hands may still find it a bit of a challenge to wield.

In terms of hardware, the Galaxy M20 is rather ably equipped for its class with an Exynos 7885 2.2GHz octacore processor, the ARM Mali-G71 GPU, 4GB RAM and 64GB of built-in storage expandable via the microSD card slot, allowing it to be on par with many of its contemporaries in its price range.

The Exynos 7885 is a midrange processor built on a 14nm FinFET process of recent vintage that integrates a pair of 2.2GHz Cortex-A73 processors for heavy duty work and a 1.6GHz Cortex A53 hexacore processor for most basic tasks like web browsing and the like. On paper, the Exynos 7885 has performance that’s on par with a Snapdragon 636 processor, which is a common addition for phones in this price bracket.

Unlike its higher end Galaxy S-series siblings, the Galaxy M20 runs a slightly older version of Android, specifically Android 8.1 Oreo overlaid with their Samsung Experience 9.5 user interface which seems to be an evolutionary throwback to their cleaner, swifter and more intuitive One UI interface though it does retain many of its more important features, including a one-touch device maintenance panel that does basic memory housekeeping. The Galaxy M20 also has a few unique features unique unto Samsung’s midrange phones like their Samsung Max feature that helps to manage data usage. The Galaxy M20’s user interface also has the usual round of Samsung’s brand-centric features like their Samsung Members app for promos and their Galaxy Store app portal.

Like other Samsung phones, there’s a one touch device maintenance feature for basic housekeeping

There’s a bit of advertising but not anything obstrusive

In practice, the Galaxy M20 proved to be fast and efficient on the draw. It booted up in seconds and getting about is a swift affair without any lag. Apps ran in a swift fashion and browser windows snapped open in seconds.

The large PLS TFT display served up excellent colours and detail especially for watching movies and offered fair visibility under daylight conditions. If you find the notch irksome, you can optionally disable it in the settings which may be necessary when playing certain games.

On the gaming front, the Galaxy M20 proved surprisingly capable and was able to tackle the ever popular PUBG on medium settings with the phone’s large display proving a treat by offering a wider view of the battlefield. The sole mono speaker at the base was serviceable if unremarkable with just enough volume and detail for casual listening in a quiet room if aught else. Plug in a headphone though and you can take advantage of the Galaxy M20’s Dolby Atmos support for slightly richer audio and a wider soundstage. You can even tweak the sound to more personalised settings for your left and right ear too if you deign to do so.

As far as performance goes, there’s lots to love with the Galaxy M20 and despite it’s modest price tag, it’s a rather competent all rounder that can tackle general duties, movie watching and gaming with equal facility.

The Galaxy M20’s camera setup consists of a primary 13-MP F/1.9 camera enhanced with PDAF paired up with a secondary 5-MP camera that comes with a 120-degree ultrawide angle lens. This is complemented by a simplified camera user interface typical of Samsung’s midrange offerings that has a basic selection of features from their high-end Galaxy S and Note series phones.

On top of the usual auto mode, it has a beauty mode with dialable settings in terms of skin smoothening, face sharpening and making a subject’s eyes wider. There is also a pseudo Pro mode that lets you tinker with ISO, white balance and exposure settings. Unfortunately, the wide angle lens only works in auto mode; it is not selectable in Pro mode nor for recording videos which are capped at 1080P. The camera also notably has a Rich Tone mode which works like HDR though you can only set it on auto, on or off in the settings.

The Galaxy M20 has a selectable wide angle mode

Shots taken under bright daylight conditions are pretty decent seeing the Galaxy M20’s price tag with good colour rendition with Rich Tone mode activated and fair amounts of detail. Shots taken under dimmer light benefit slightly from the bright F/1.9 aperture though they still remain rather soft and lack detail. When swapping to the wide angle lens, there’s noticeable distortion when taking shots though you can correct this in the settings via a ‘Scene Correction’ mode. That quirk aside, shot quality on the wide angle lens works best only under brightly illuminated conditions. Anything under dim light produces decidedly poor results with subpar detail and washed out colours but it’s understandable seeing the size of the sensor in the M20’s wide angle camera.

The front of the Galaxy M20 hosts an 8-MP selfie camera which also has a smattering of virtual stickers to paste on your subject, the obligatory beauty mode and a Live Focus mode that artfully blurs the background while keeping the subject in focus. Shots from the front are surprisingly decent with the Live Focus mode generally blurring out the background though it still flubs it on occasion with fine details like hair and it also only works when it detects a face so still life shots of items are not on the cards. 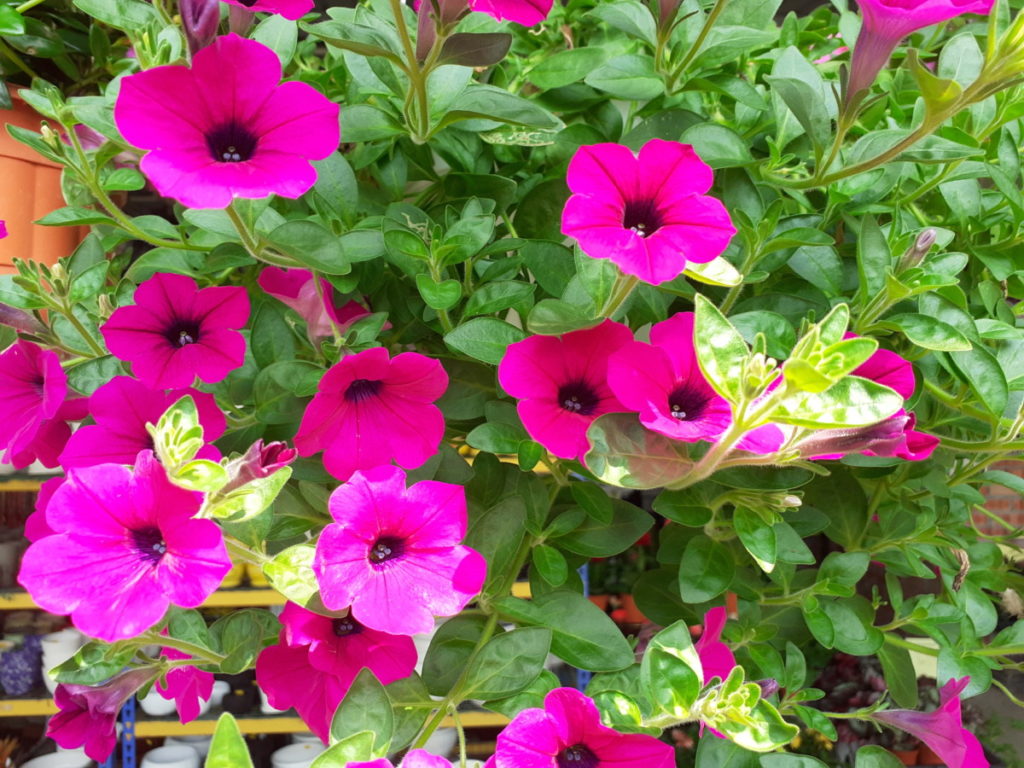 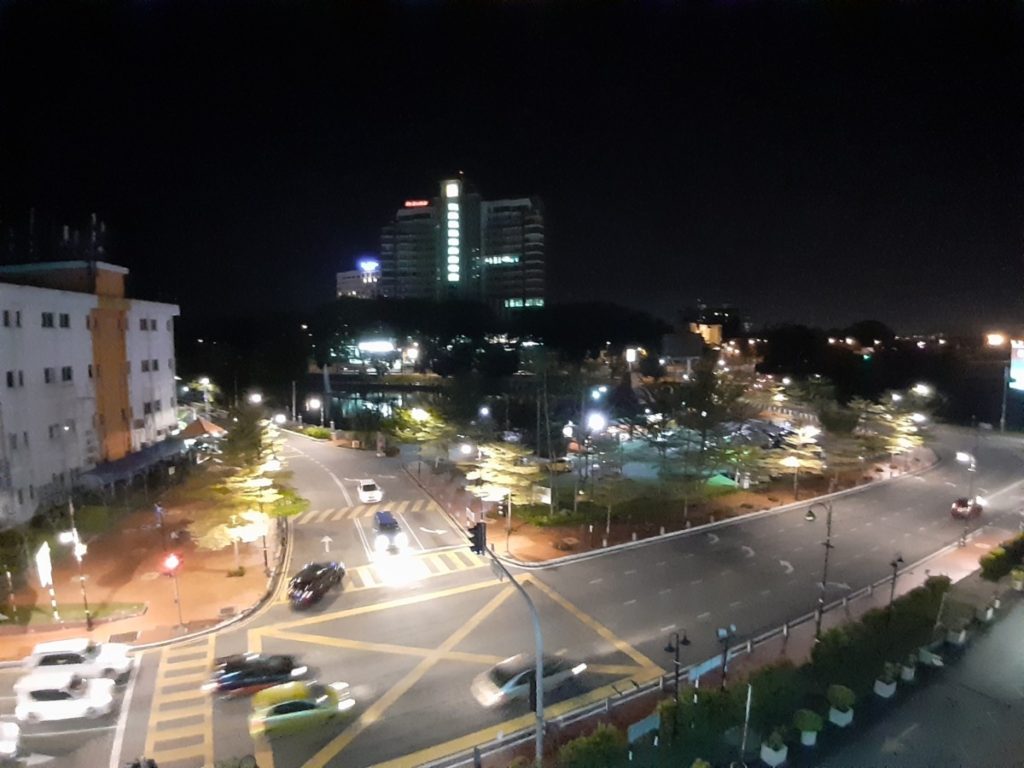 Primary camera on the Galaxy M20 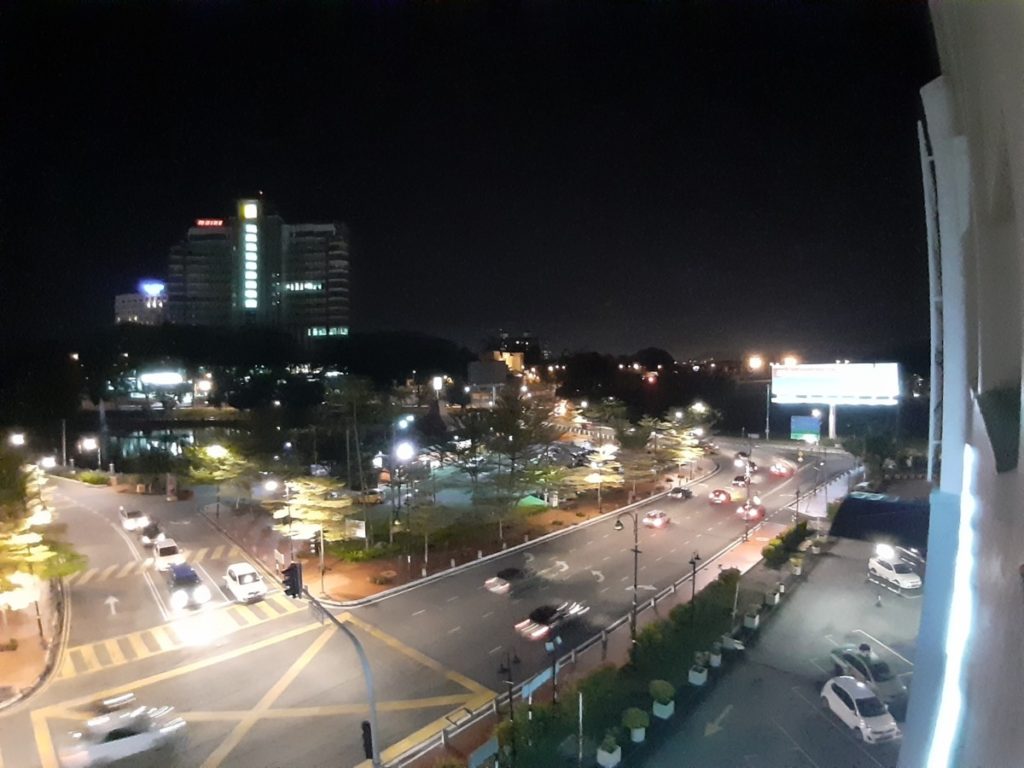 Videos for both the front and rear cameras are capped at 1080P with usable footage though the lack of stabilisation means that you will need to be relatively static or use a gimbal to yield best results lest you end up with juddery footage. 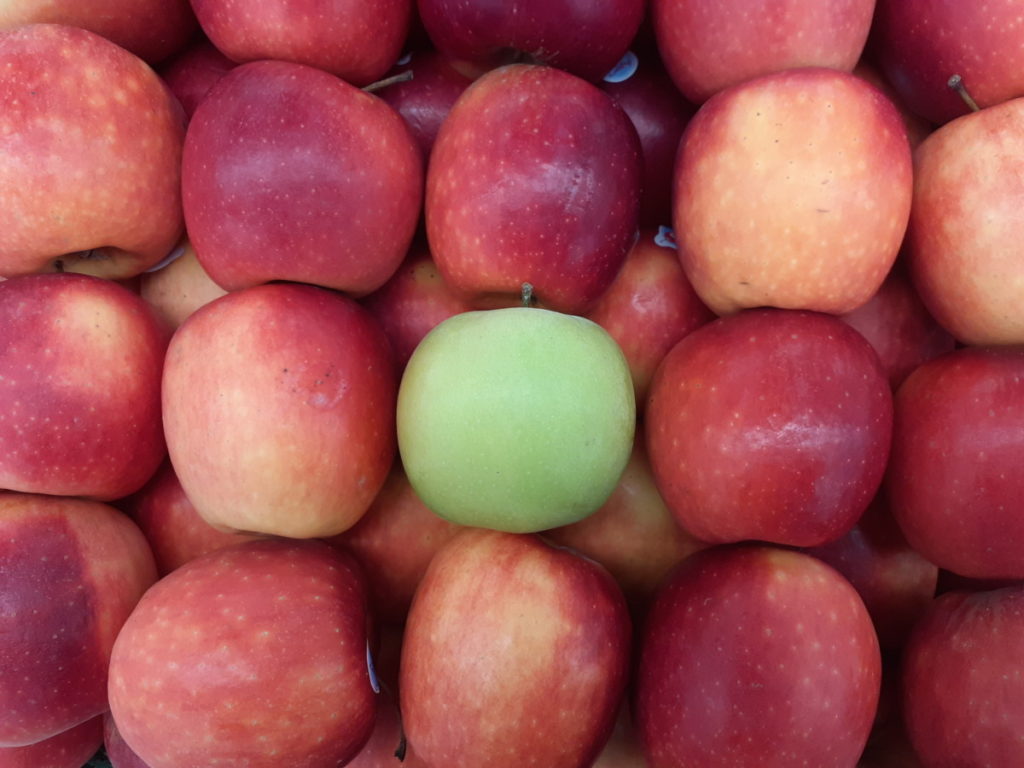 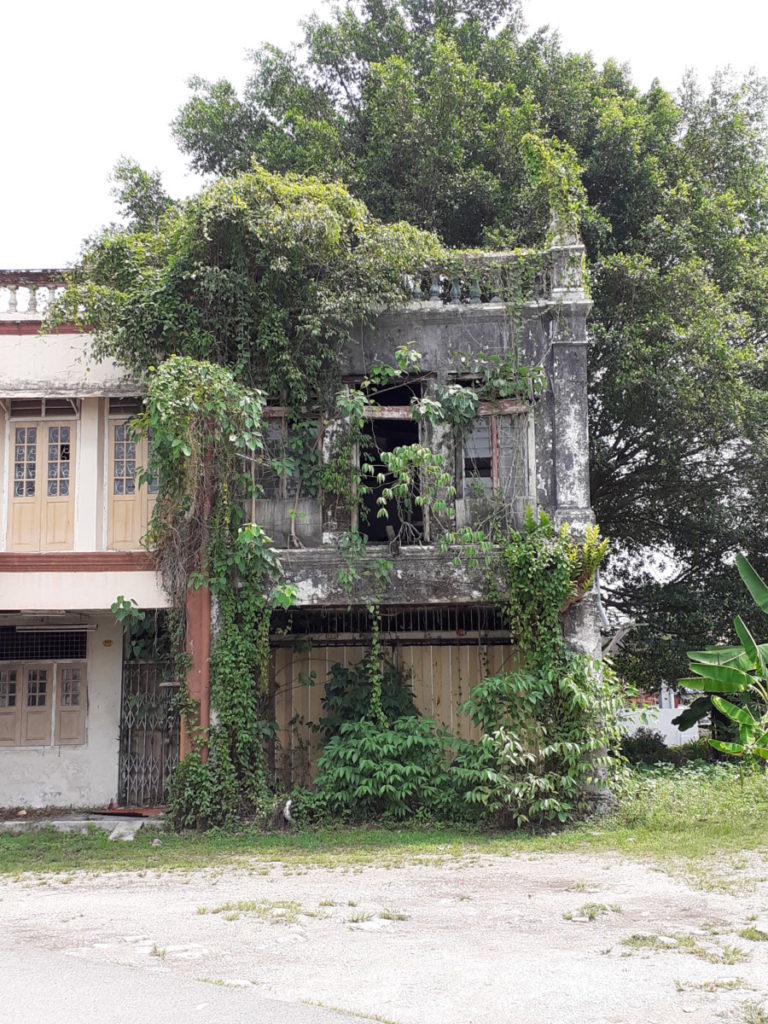 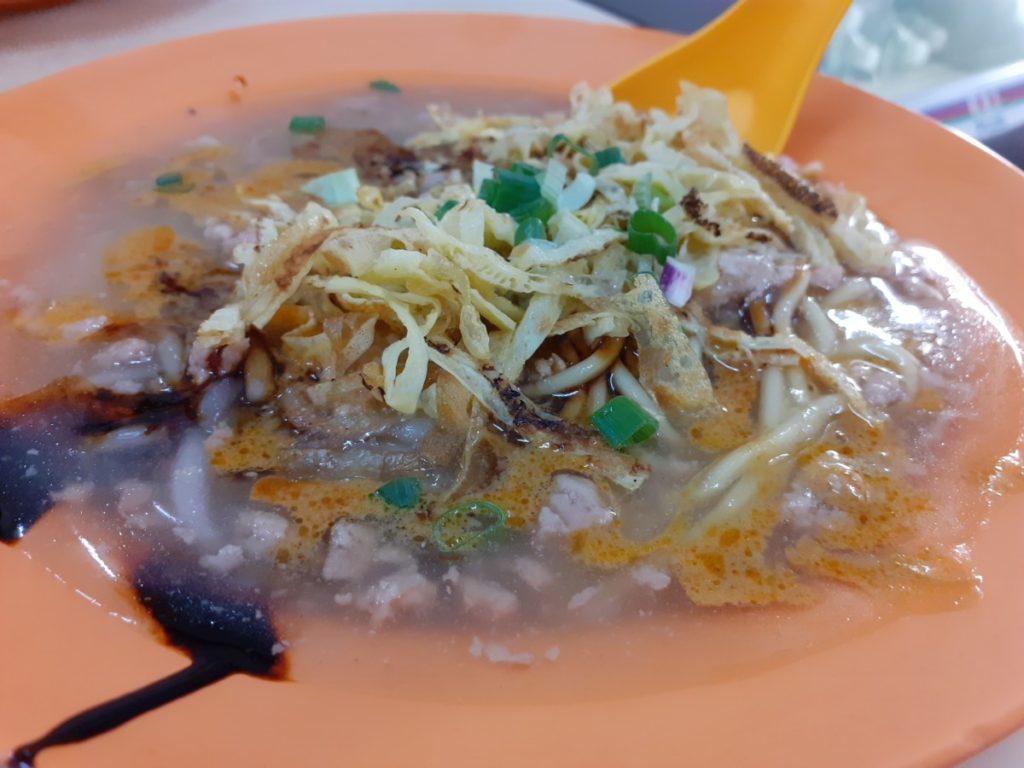 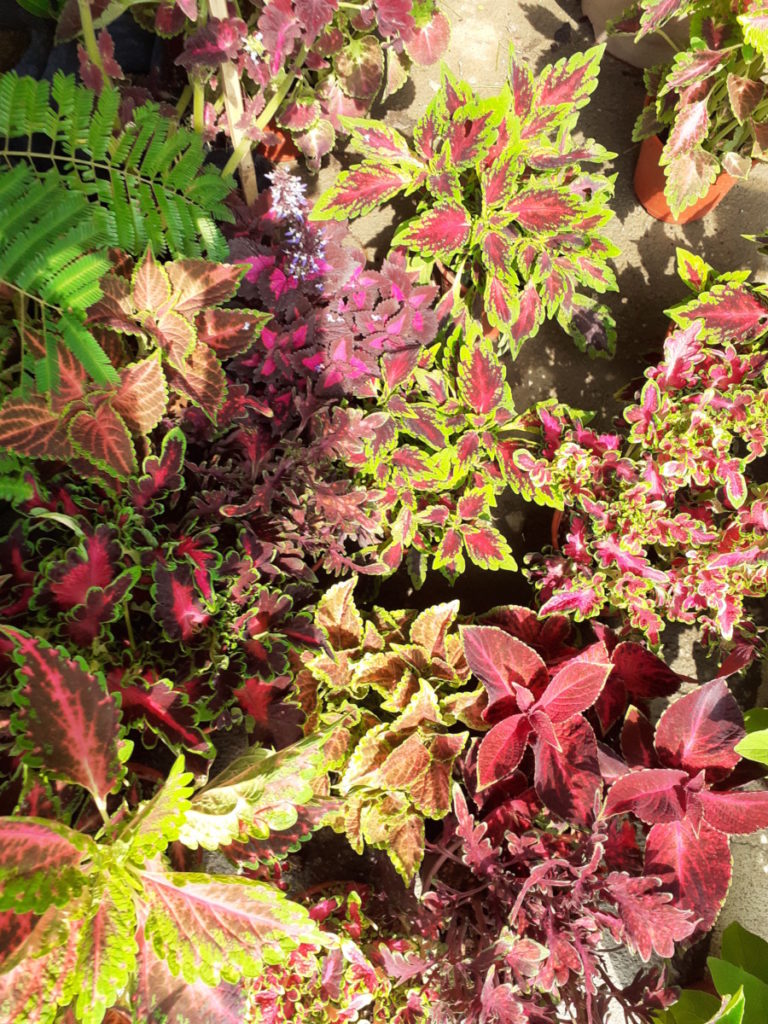 In terms of endurance, the Galaxy M20 is a real trooper. Even at full tilt with heavy use catching up on movies, social media and heavy gaming in the form of PUBG and Clash Royale the phone managed to last easily north of a day and a half. The 5,000mAh battery supports 15W quick charging though we were unable to test this as we lacked a full retail set though a third party charger got it to full in about two and a half hours from dead zero.

As it stands, the Galaxy M20 is a solidly made midrange phone that has it where it counts. For a price tag of RM799, you get a large and vibrant Full HD+ display, impressive battery life and decent overall performance though some quibbles remain like a middling mono speaker, and a plasticky albeit sturdy chassis. These are however minor quibbles at best. If you’re looking for an affordable midrange phone from the marque, the Galaxy M20 is a very sound choice indeed.

What we liked Excellent battery life, large and sharp display
What we didn’t Plasticky chassis, middling rear camera, doesn’t run the latest Android Pie 9.0
We say A large and vibrant display, a solid array of hardware and exceptional battery life make this a compelling proposition for those seeking an affordable Samsung workhorse phone.