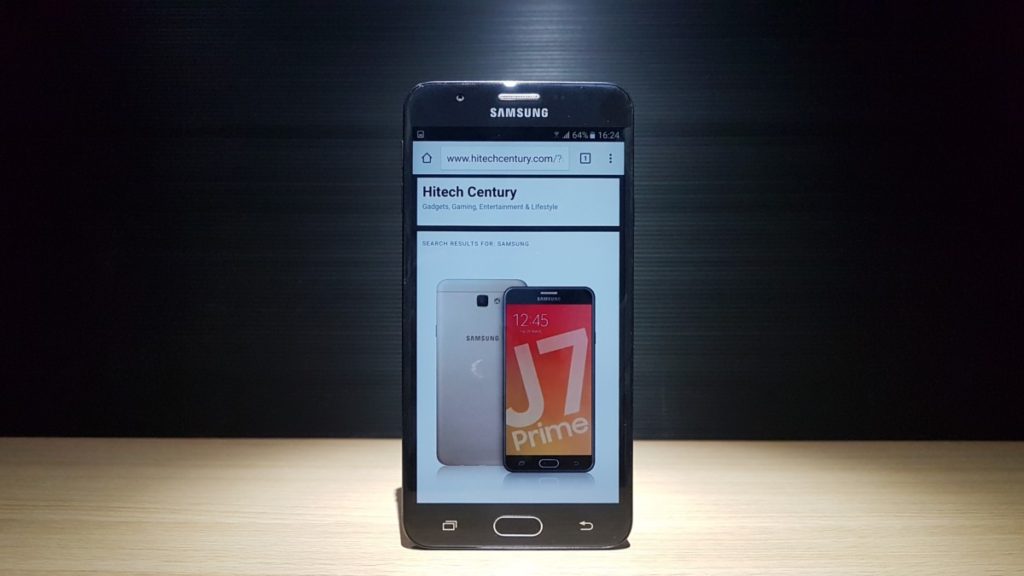 In the nether realms where midrange phones hold sway in the market, the difference of a few dollars and a few key specs can make or sink a phone. While Samsung has expanded their midrange Galaxy J series line-up of phones several fold this year, the J7 Prime still remains their priciest and highest end J series phone short of investing in a higher end A series or S series flagship. 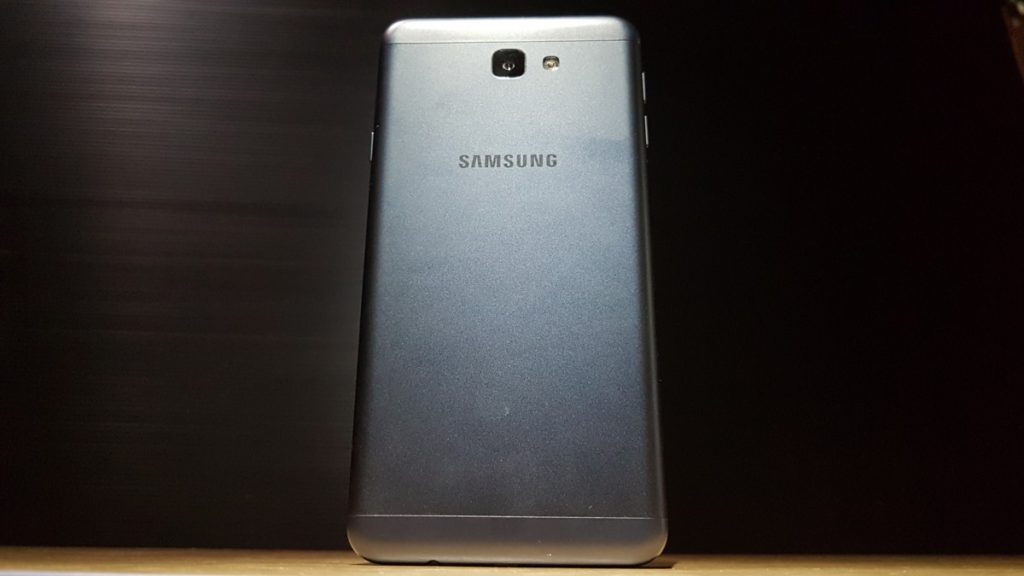 The J7 Prime culls a host of technology and hardware from the higher end Galaxy S-series phones while attempting to keep prices down to a hair north of the 1K mark. While it does bear some similarities to the J7, the Prime comes with a more premium finish and beefed up specs in the form of 1GB more RAM, an equally sized but sharper Full HD display and double the storage (32GB over the J7’s 16GB). These upgrades aside, the J7 and J7 Prime are otherwise quite similar to each other.

Oddly enough, the J7 Prime ditches the J7’s Super AMOLED display for a PLS TFT LCD though it upgrades the resolution up to 1080P over the J7’s 720P Super AMOLED touchscreen. PLS stands for Plane Line Switching, Samsung’s own take on IPS LCDs that offer comparably good viewing angles and brightness. These upgrades bump the J7 Prime to RM1,099, up by RM100 from the J7’s RM999 price tag.

Externally, the J7 Prime comes in a matte brushed metal finish with the backplate bisected by a pair of darker toned antenna bands at the top and bottom of the casing. The dark matte finish is highly fingerprint repellent and belies its modest asking price, making it look exceptionally classy. The edges are rounded for comfort and to minimise the odds of it snagging on fabric in your pocket. 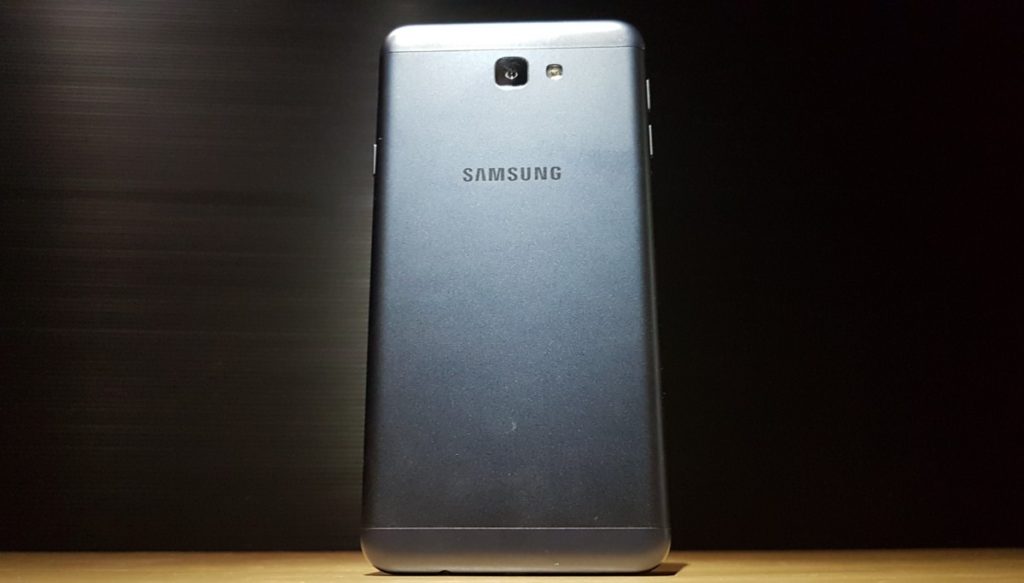 The sides are similarly finished with the right side hosting a power button and, oddly enough, a side mounted mono speaker. The left side comes with a volume rocker along with ports for a dedicated microSD card slot and dual SIM card slot. 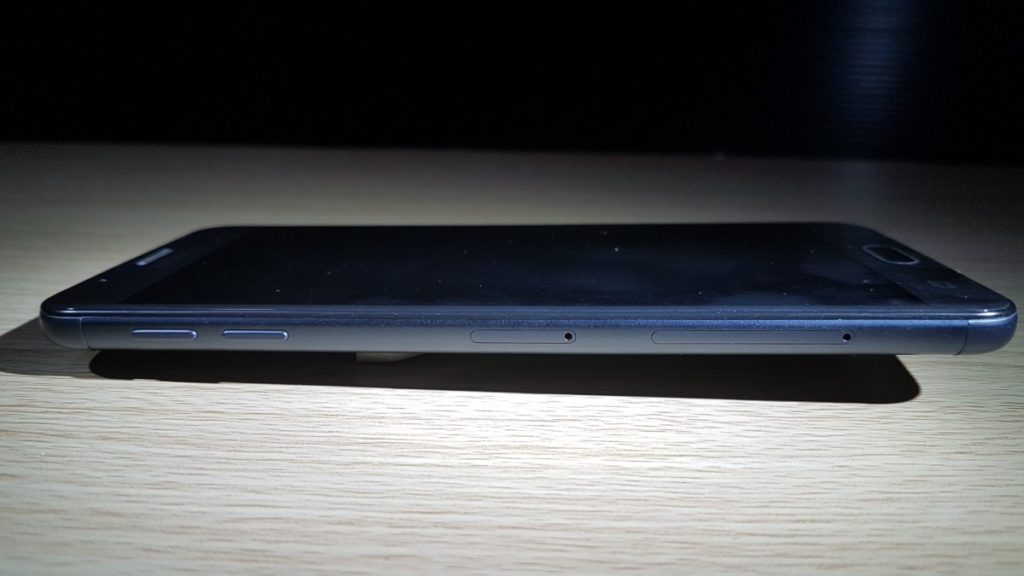 The fact that it has a dedicated dual SIM card and microSD card tray means you can both augment your storage and use two SIM cards simultaneously, something that even the Galaxy S7 edge was not capable of handling. 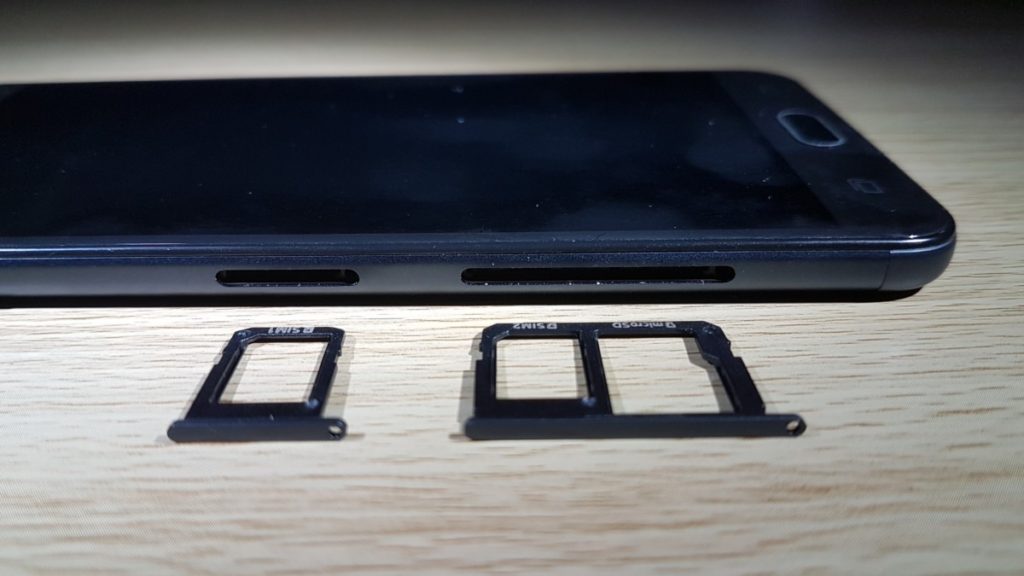 The base of the phone comes with a microUSB port for docking and charging duties along with a 3.5mm audio jack. 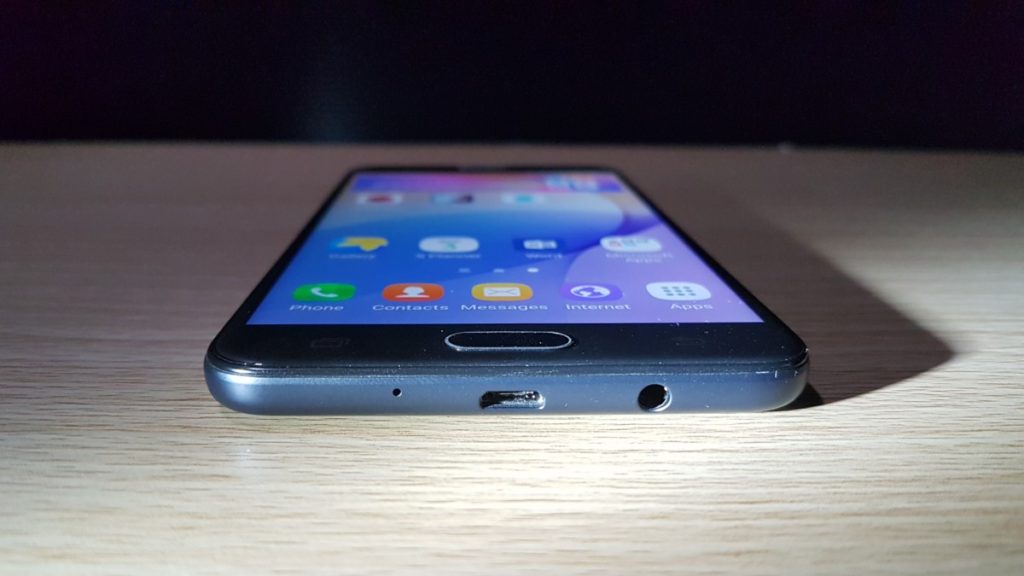 The front of the phone is covered in an oleophobic coating for the 5.5-inch 1080P 401ppi LCD display. The base of the display sports Samsung’s characteristic oblong physical home button which also doubles as a fingerprint reader flanked by a capacitive menu and back button on either side inlaid in silver trim. 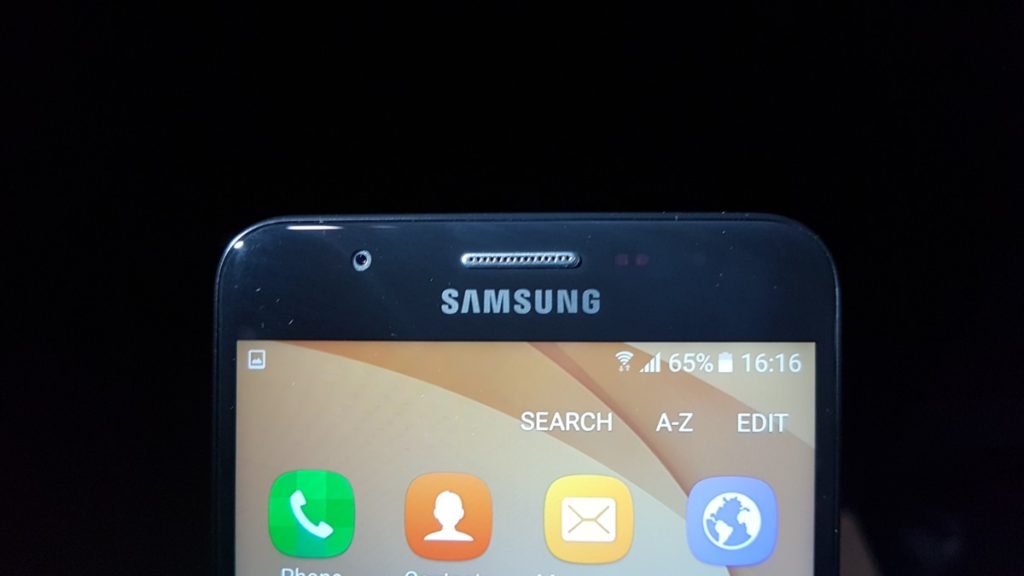 The top of the J7 Prime’s display sports an 8-MP camera with an F/1.9 aperture that lets in more light and, ergo, offers better performance in lower light conditions. 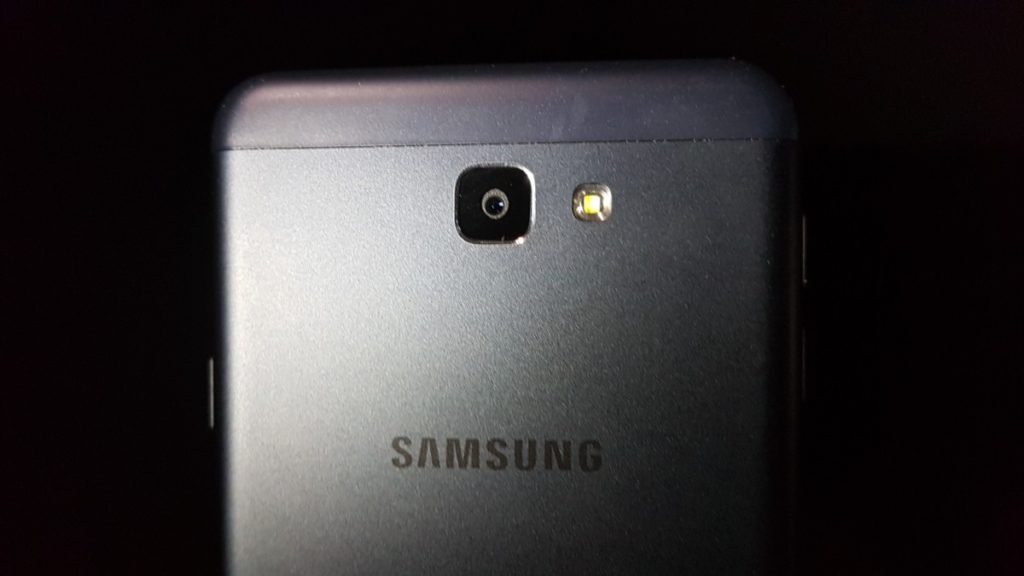 The aforementioned rear is otherwise unadorned save for the rear 13-MP camera array that comes with an LED flash and an F/1.9 aperture. Of note is the fact that the lens array is flush with the casing, precluding the possibility of it getting scratched with regular use.The combination of the unusual yet premium looking finish combined makes the phone costs almost half a grand more than its intended RM1,099 asking price.