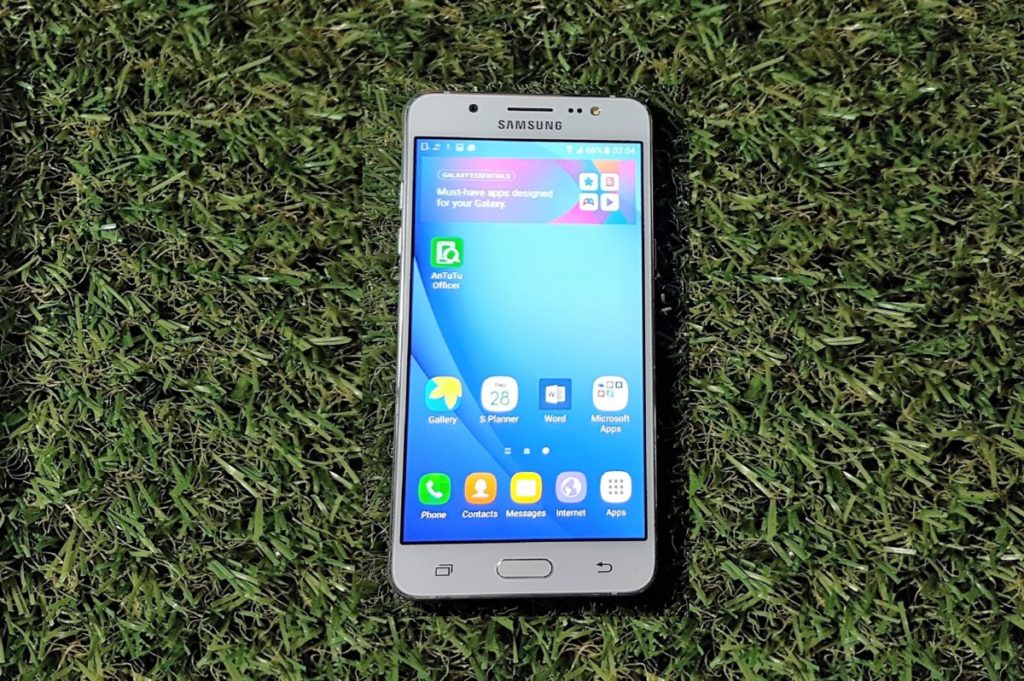 While Samsung’s Galaxy S series of smartphones like the S7 Edge and the new Note 7 take the limelight and pack their best hardware, there’s still a need for more affordable phones that balance cost and performance. Enter Samsung’s J series phones that aim to offer as much bang for the buck as possible . Their latest refresh of the line for 2016, which oddly enough also possesses the same model names, albeit with a suffix indicating the year at the end (ergo the J1, J5 and J7 2016 models released for Malaysia) incorporates some design, hardware and firmware tweaks that have trickled down from the higher end S-series Galaxy series phones while keeping things at a reasonable price point. 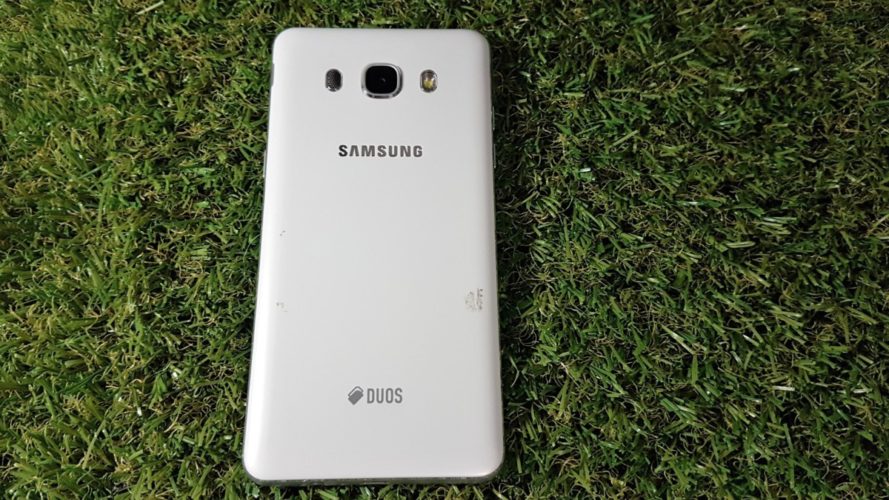 The J5 (2016) features a removable polycarbonate backplate that hides a pair of SD card slots and a microSD card slot along with the removable 3,100mAh battery

Compared to it’s older sibling, the 2015 edition of the J5, the revised J5 (2016) packs quite a few improvements. It’s a bit larger and heavier by a few grams on account of a larger 3,100mAh battery over the older J5’s 2,600mAh battery. The revamped J5 also has a slightly larger Super Amoled display by 0.2-inches though it otherwise retains a similar Snapdragon 410 processor and hardware with some aesthetic tweaks to the casing. 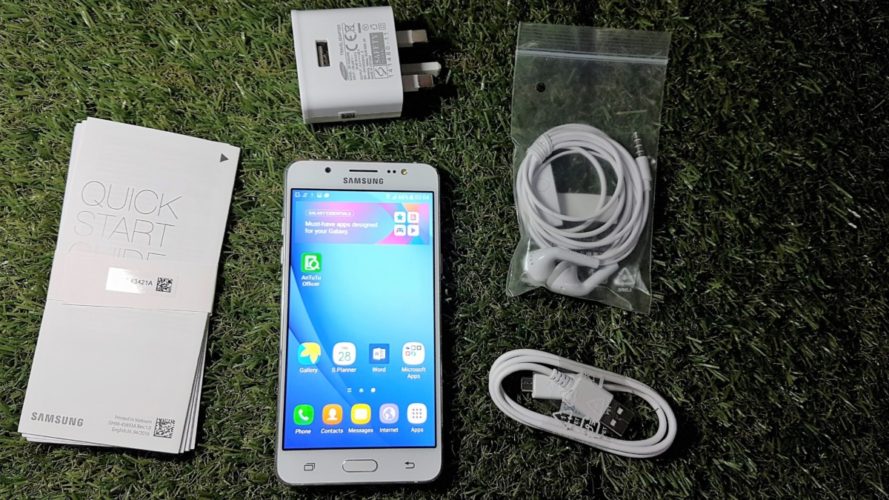 The packaging for the new J5 is relatively simple with a slide-out cardboard tray containing the phone, a free Yes 4G SIM card valid for two months with 30GB of data on it, a three-pin UK-style charging plug, a charging cable and a pair of headphones. The Yes 4G SIM card is ready to use out of the box and gives you 15GB of data per month along with about 100 minutes of free calls via Yes 4G’s VoLTE network. The UK-style charging plug is one of the better designs bundled with Samsung’s phones with a fold-out third prong that lets you fold it down in a compact fashion for transport. 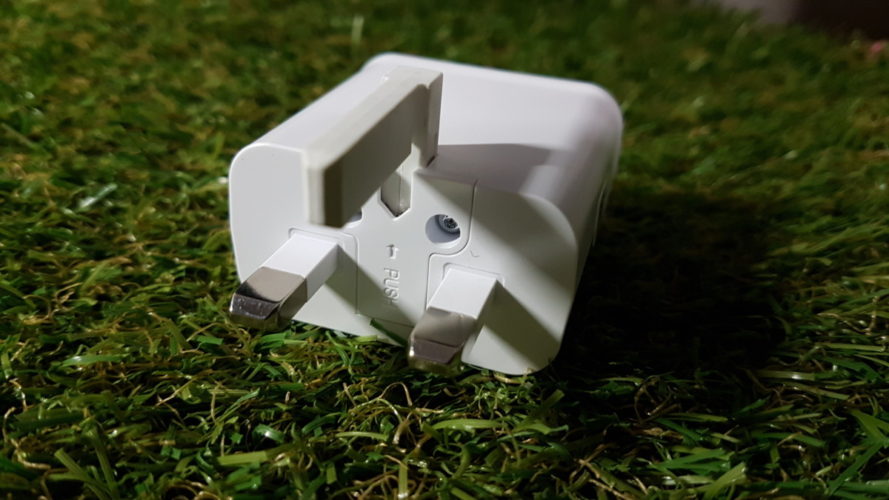 The headphones are made of a hard plastic with a little knobbed portrusion to ostensibly offer a better audio seal while the audio cable sports a in-line control that lets you take calls and control music playback via a combination of button presses. The audio cable is sheathed in relatively thin plastic so some care is required to ensure it doesn’t tangle or fray over time. 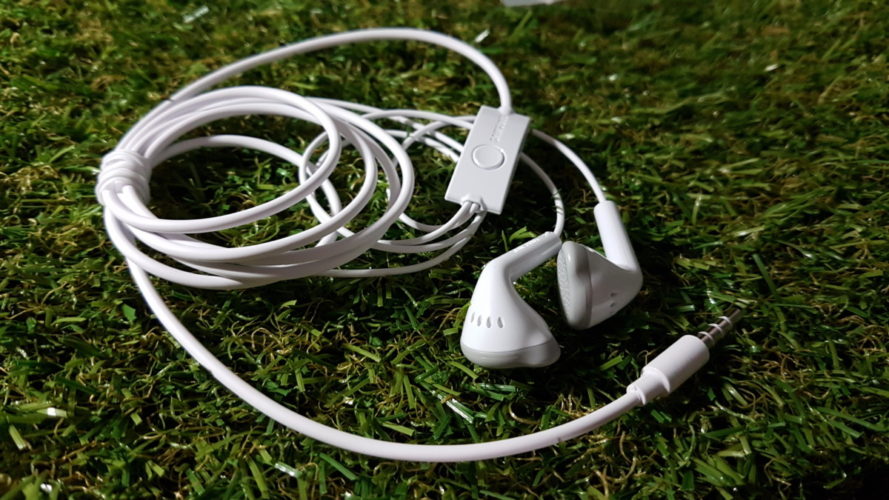 Externally, the J5 is made primarily of polycarbonate with aluminium trim on the edges. The front comes with a relatively large top and bottom bezel by modern standards framing the 5.2-inch 720P display that comes with 282 ppi. A squarish physical home button along with a back and menu button made in the vein of Samsung’s other designs graces the bottom of the phone while the top bezel mounts a 5-MP selfie camera. 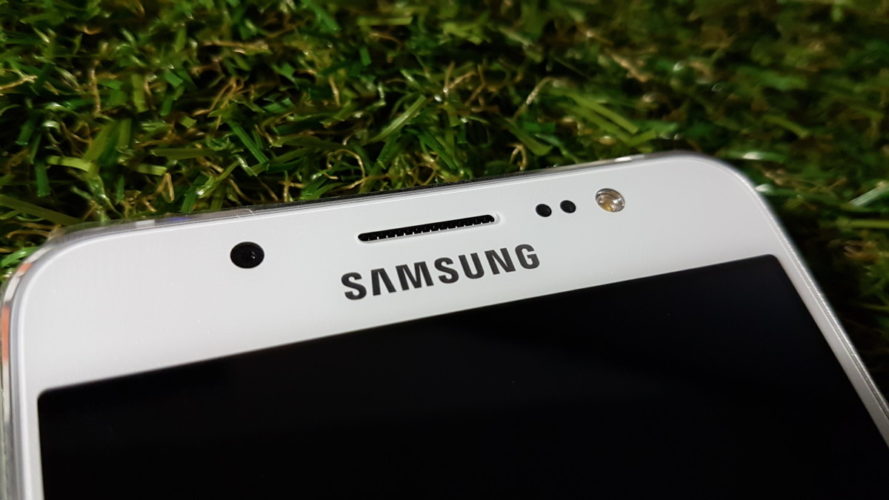 The sides are made of aluminium and are aggressively chamfered inwards to offer a slimmer silhouette and a better grip while the corners are rounded for easier pocketability. The right side comes with a power button inset midway along the centreline while the left comes with a volume rocker. 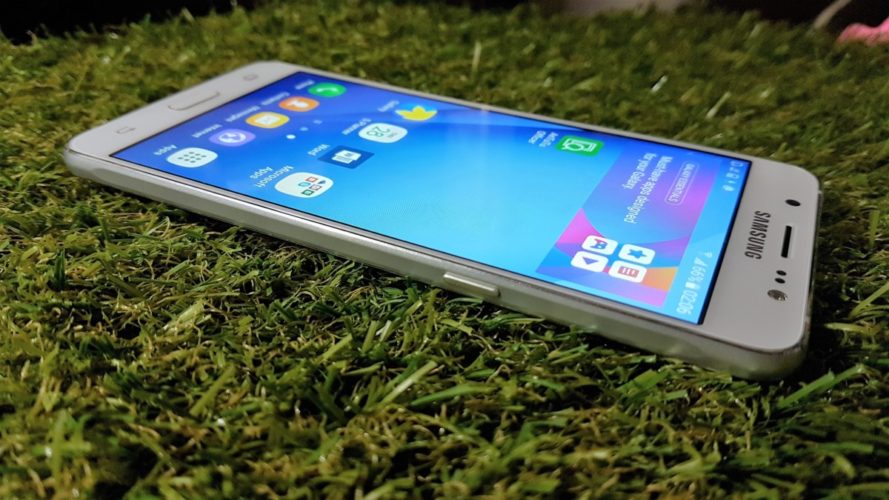 On the rear, the J5 sports a 13-MP camera with an LED flash and an F/1.9 aperture. The finish on the rear is relatively smooth though the aggressive side chamfering on the edges means you’ll be able to keep a relatively secure grip on the phone. 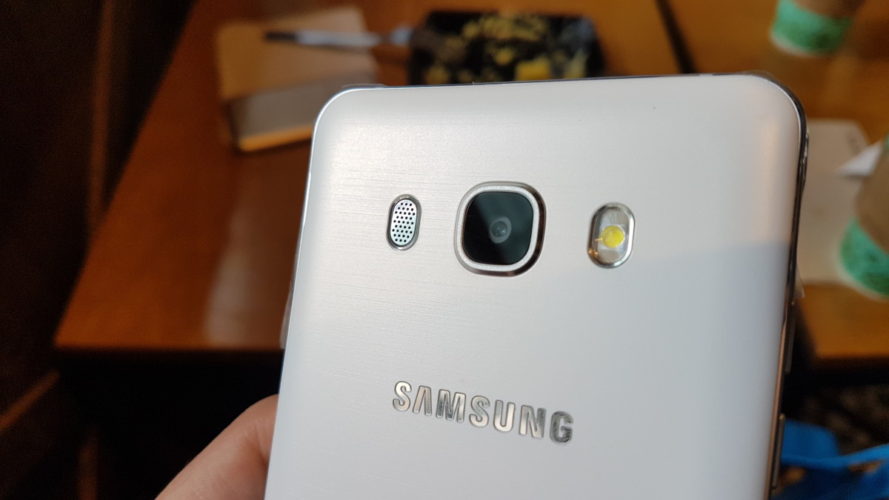 Levering the backplate open reveals the removable 3,100mAh battery along with dual SIM card slots and a dedicated microSD card slot. The base of the phone also comes with a now increasingly dated microUSB port and a 3.5mm audio jack. The finish feels somewhat plasticky though the metal trim on the edges helps the J5 retain a reasonably classy look on casual inspection. 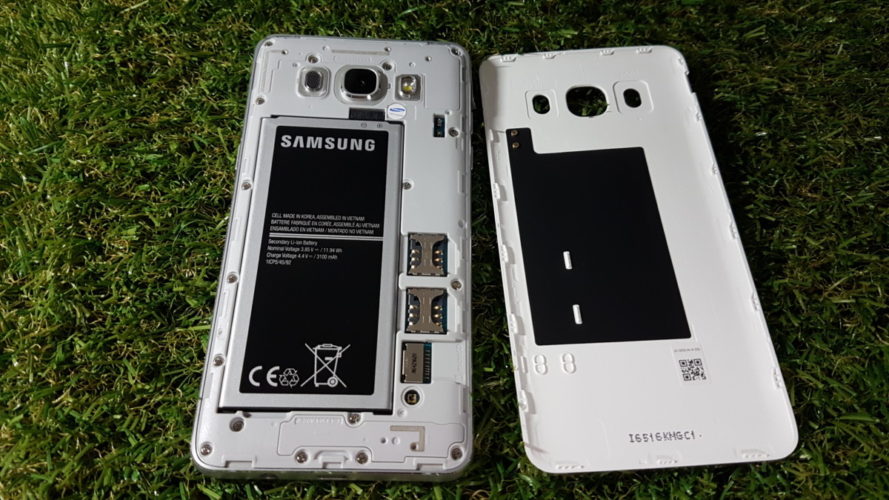