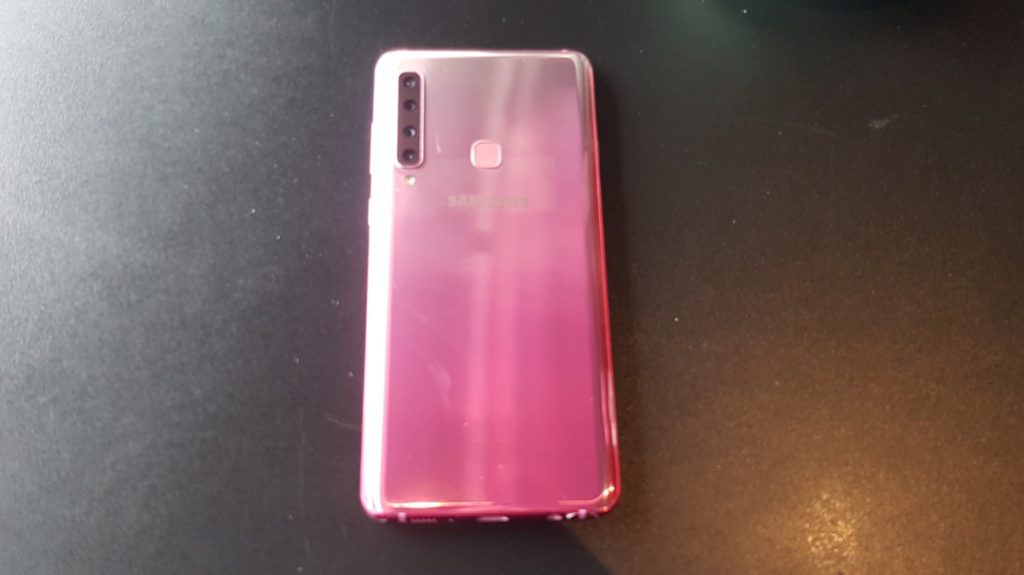 An attractively designed midrange camphone with the world’s first quad camera array that has optical zoom and the ability to deliver some good shots. Add in generous amounts of storage paired up with good battery life and you have a workhorse phone that’s well worth a look.

Previously we took a look at what came in the box and the elements of the Galaxy A9’s design. Now, we take a closer look at how it fares under practical conditions as well as how its vaunted quad camera can perform. On paper, the Galaxy A9 is an interesting phone indeed as Samsung aims for it to be the first of a new generation of midrange phones that will have premium flagship-grade features at affordable prices.

Under the hood the Galaxy A9 comes with a Snapdragon 660 2.2GHz octacore processor built on a 14nm process. This is paired with 6GB RAM and a whopping 128GB of storage; this amount of RAM and storage gives many flagship competitors pause. The phone runs Android Oreo 8.0 overlaid with their Samsung Experience 9.0 user interface. 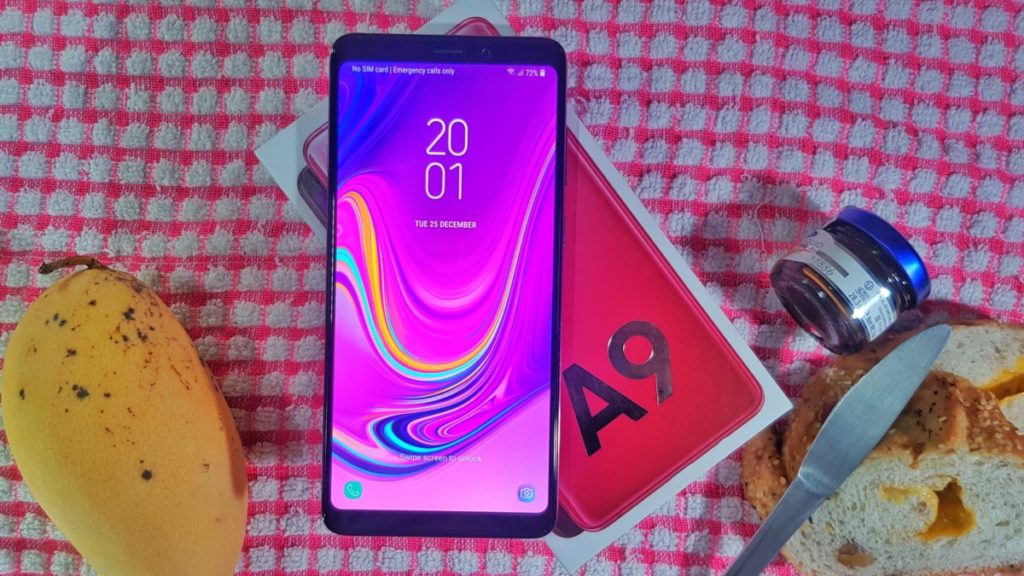 Unlike prior A-series phones, the Galaxy A9 has a full-fledged Bixby virtual assistant experience including the ability to accept voice commands via Bixby Voice. While Bixby has its detractors, it has its virtues as it is able to control hardware functions on the A9 with voice commands alone so you can potentially control volume, brightness and more if your hands are otherwise tied up.

Under practical conditions, the Galaxy A9 proved to be an extremely capable performer that was able to tackle everything asked of it and then some with the generous storage and RAM allowing the Snapdragon 660 to perform to its full potential. Apps were opened in seconds and games ran smoothly with PUBG running at medium settings. It was also able to handle the likes of Baldur’s Gate 2 and Asphalt 9 without undue trouble and smooth frame rates.

The Galaxy A9’s large touchscreen proved vibrant and crisp with the lush colour rendition befitting a Super AMOLED display, which puts it a class above many other midrange phones. If the colours don’t quite appeal, you can tweak them down to the exact red, green and blue levels. The large size of the display and 18:9 aspect ratio also makes it a dab hand for watching movies and gaming too. The only quibble here is the fact that it has a single mono speaker at the base. While serviceable with the ability to dial up the volume pretty loud, it’s also easily muffled when held landscape style especially when gaming. A stereo setup would have been nice but would likely have bumped the Galaxy A9’s price tag up even more.

On paper, the Samsung Galaxy A9 has an impressive camera setup. In terms of how the quad-camera is designed, Samsung has assigned each of the cameras to accomplish a specific task and bar the fourth 5-MP camera which works in tandem with the primary 24-MP camera to capture depth detail, the other two are intended for specific tasks. 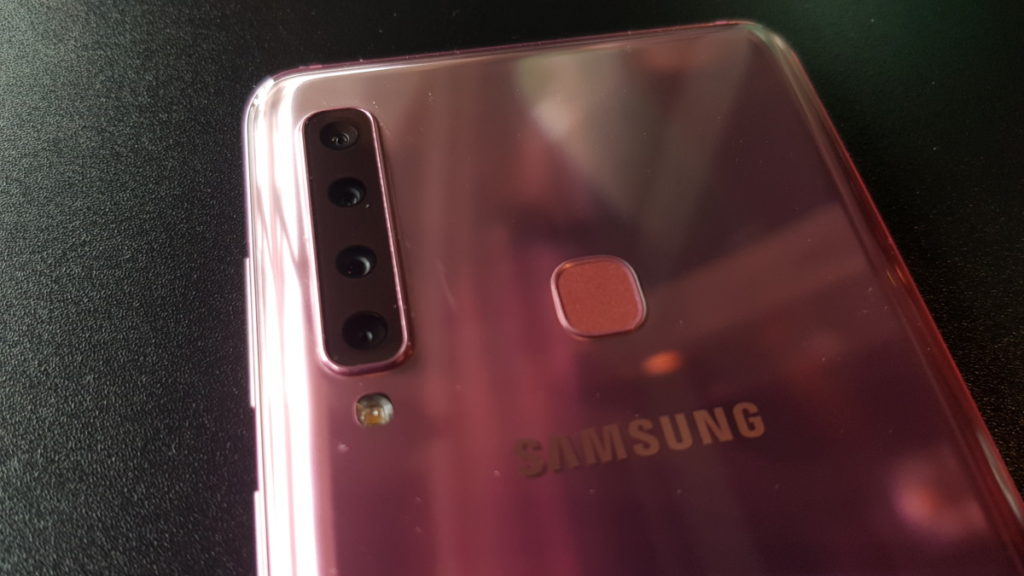 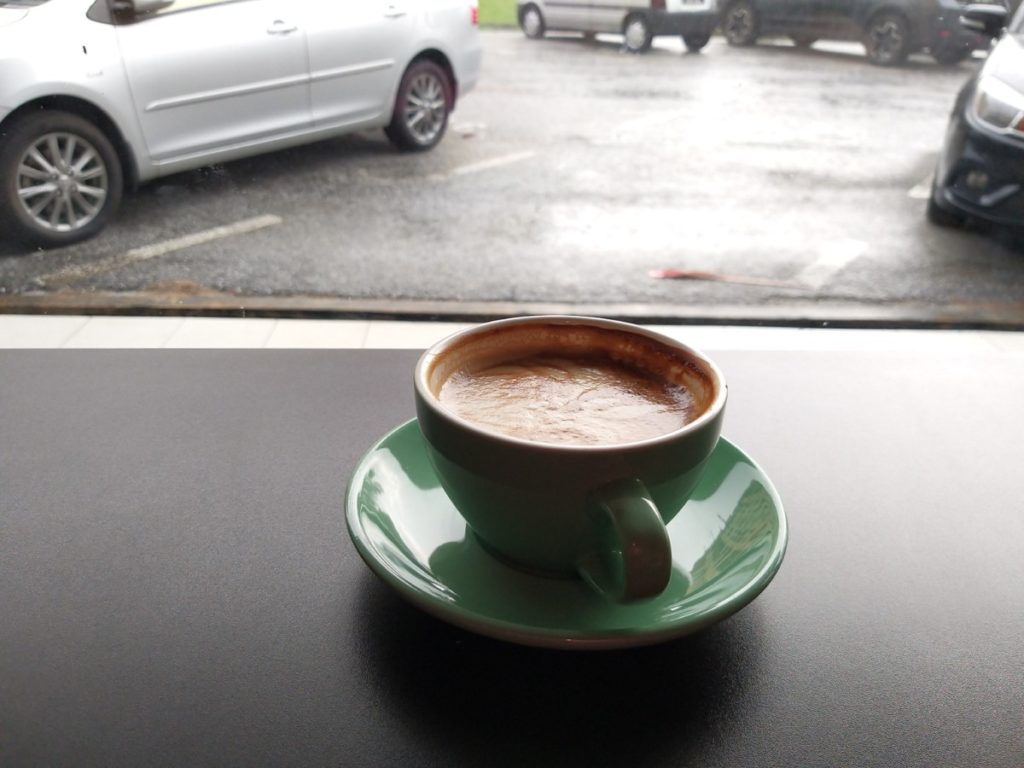 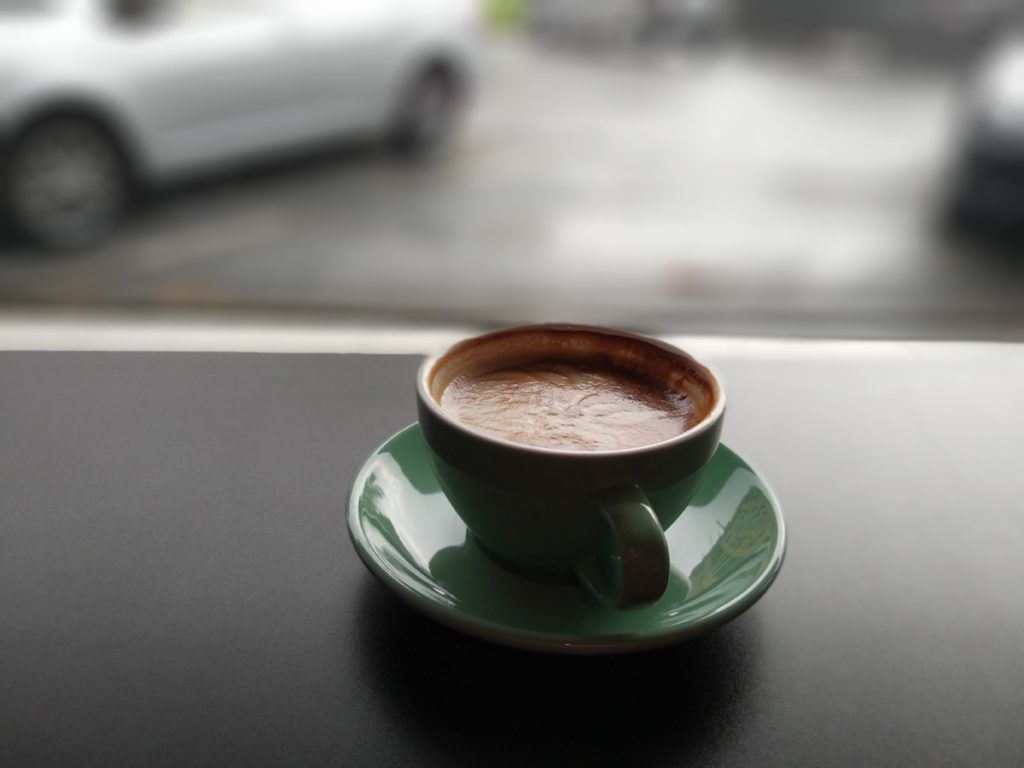 More subtle enhancements lie under the hood as the Galaxy A9 benefits from features initially deployed on the Note9 such as flaw detection that actively detects and warns you if shots are blur or if a subject has blinked for both the front and rear camera. Another particular feature that the Galaxy A9 has and which many other midrange phones lack is an auto HDR mode; many other phones have it as a separate mode which is a royal chore to activate every time you need it. On the Galaxy A9, HDR mode is set to auto by default which goes a long way to ensuring scenes with high dynamic range are captured in a competent fashion.

The Live Focus mode on offer with the Galaxy A9 is handled well with the ability to dial the level of bokeh as you so desire. Results are pleasing with a competently defocused background for still life and portraiture though it occasionally fudges fine details like hair and the like. 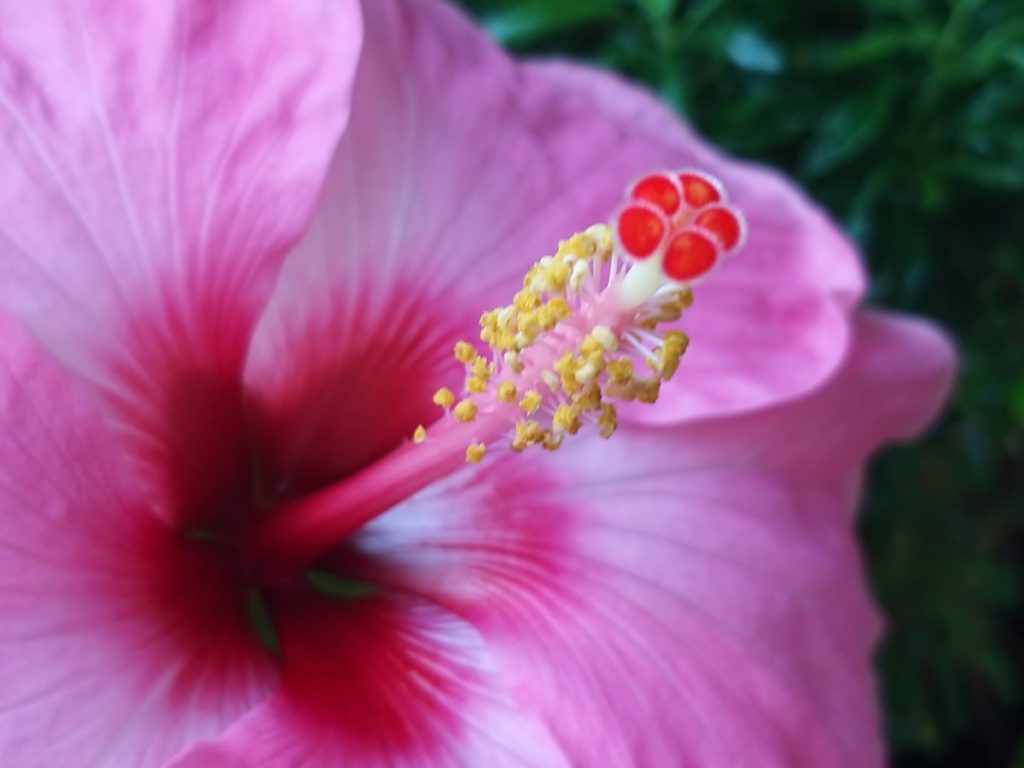 Unfortunately, some aspects of the phone’s interface are pared down from its higher range counterparts. Scene Optimiser mode, which first saw service on the Note9 is a separate mode that you have to toggle to instead of the default Auto mode. Once it recognises a scene, such as flowers or scenery, it will optimise contrast and other settings for a more pleasing shot. 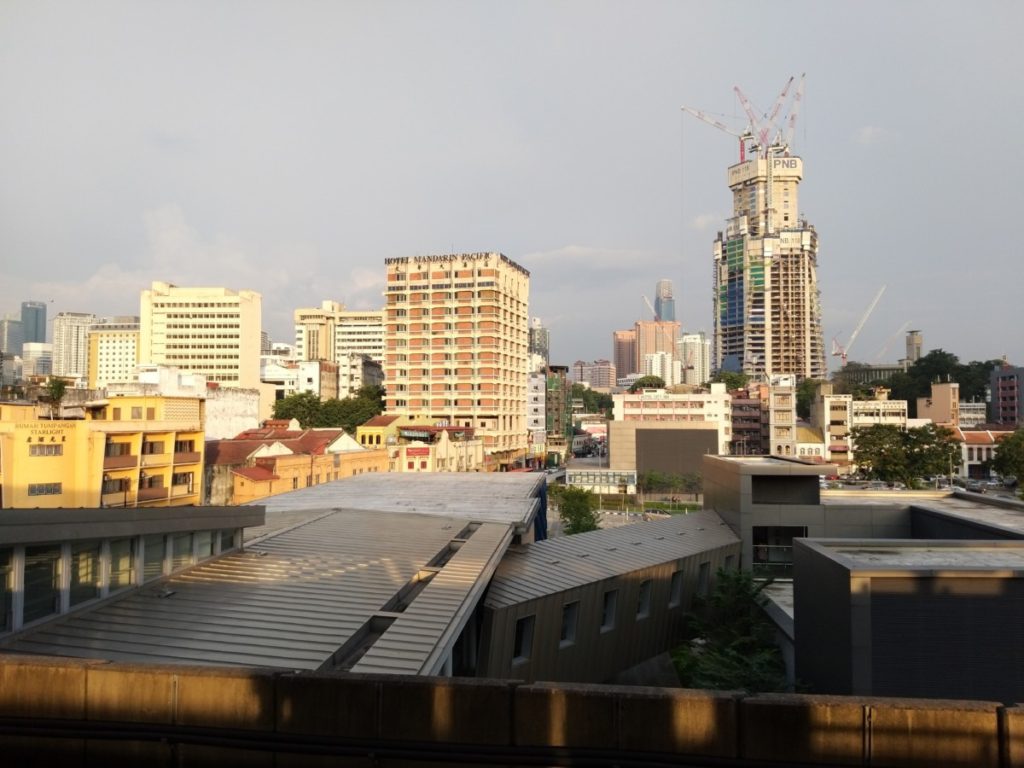 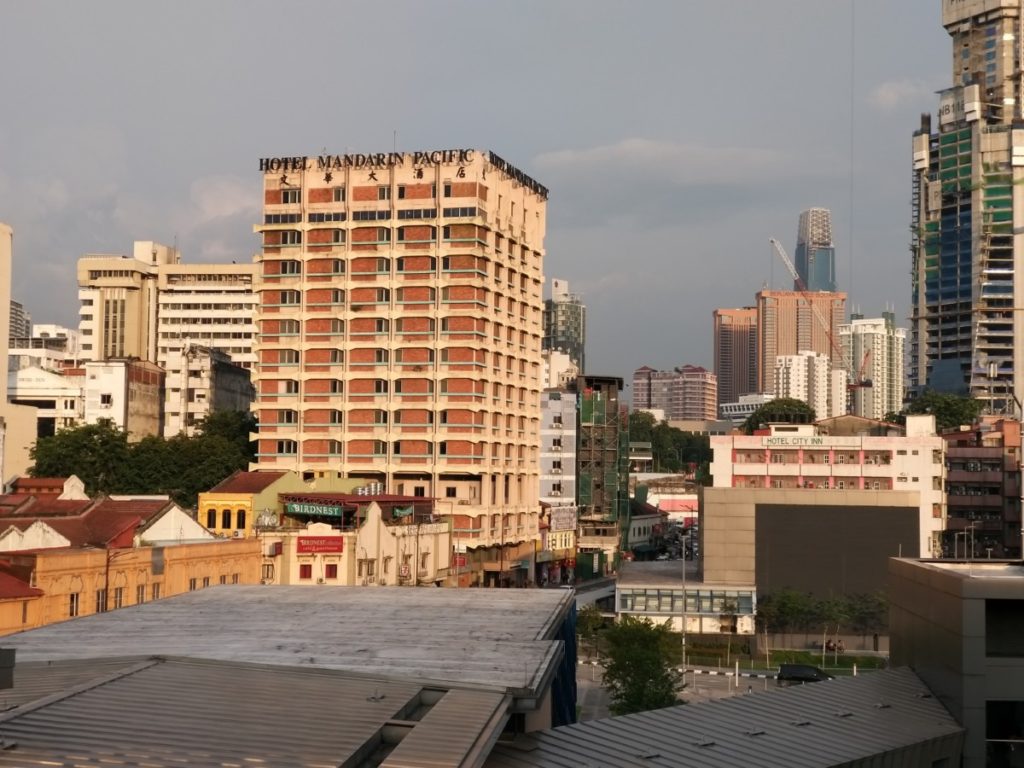 When put to the test, the Galaxy A9 proved fast on the draw with minimal shutter lag and generally delivers pleasingly good results though some preparation is required beforehand as you have to manually toggle between wide angle, normal and 2x optical zoom which in turn manually selects one of the three existing cameras (one camera is solely for capturing depth data). Under daylit conditions, the A9 served up excellent shots in auto mode and scene optimiser mode with all three cameras. Up close shots with 2x zoom offered good detail though wide angle shots exhibited some aspheric distortion. 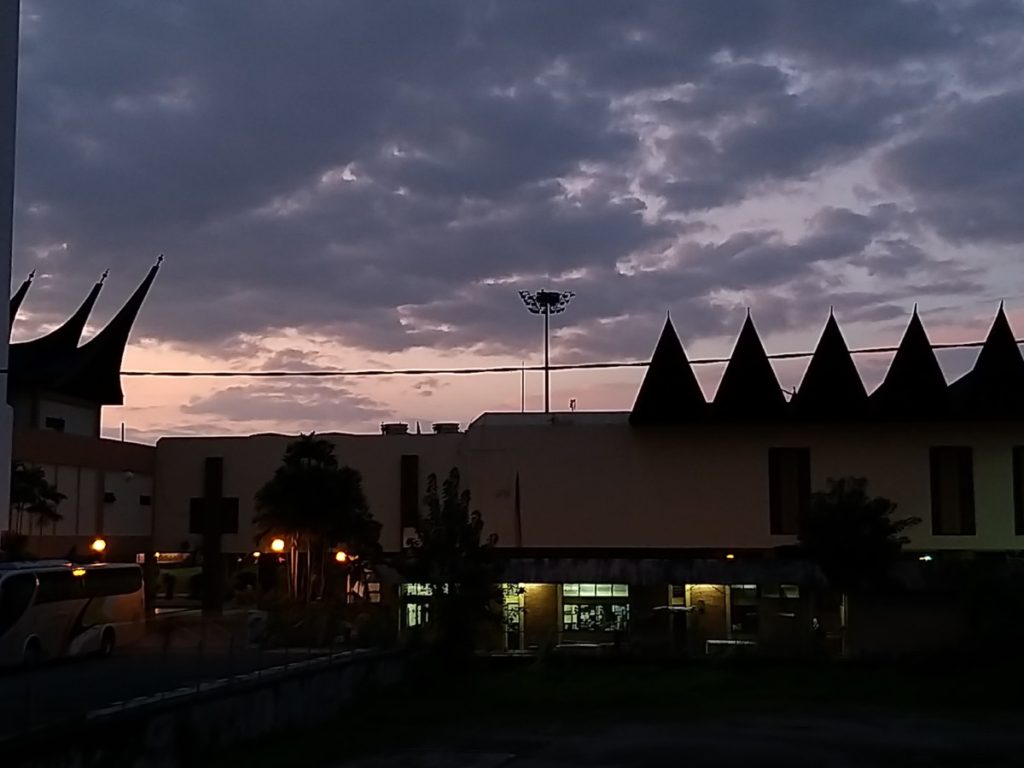 Under low light, the Galaxy A9’s camera array generally performs well on account of the primary 24-MP cameras bright F/1.7 aperture as well as the telephoto camera though the wide angle one ends up with rather grainy shots if light conditions are poor. 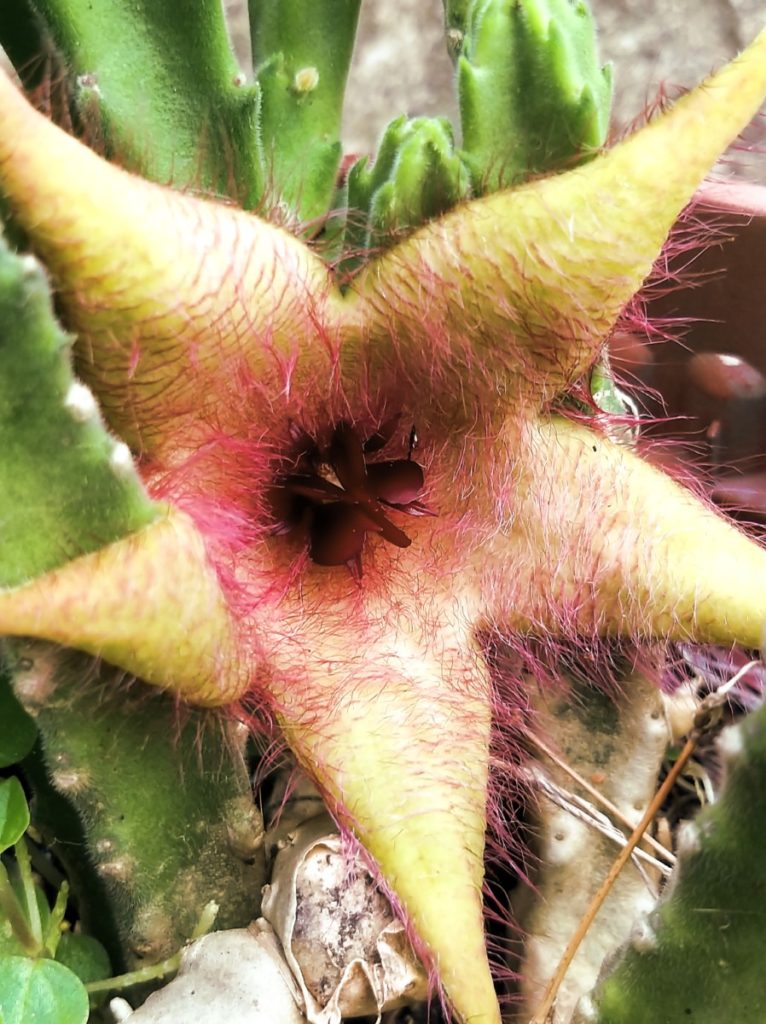 More hands-on users may be disappointed as the Galaxy A9’s Pro mode only lets you tweak ISO, exposure and white balance. That aside, it’s a minor quibble as the intended audience for the phone are more casual users

The front camera serves up excellent selfies and also benefits from a unique Pro Lighting mode that lets you dynamically alter the lighting on your mugshot to offer more creative options. The lighting effects are subtle, which will likely please minimalists. 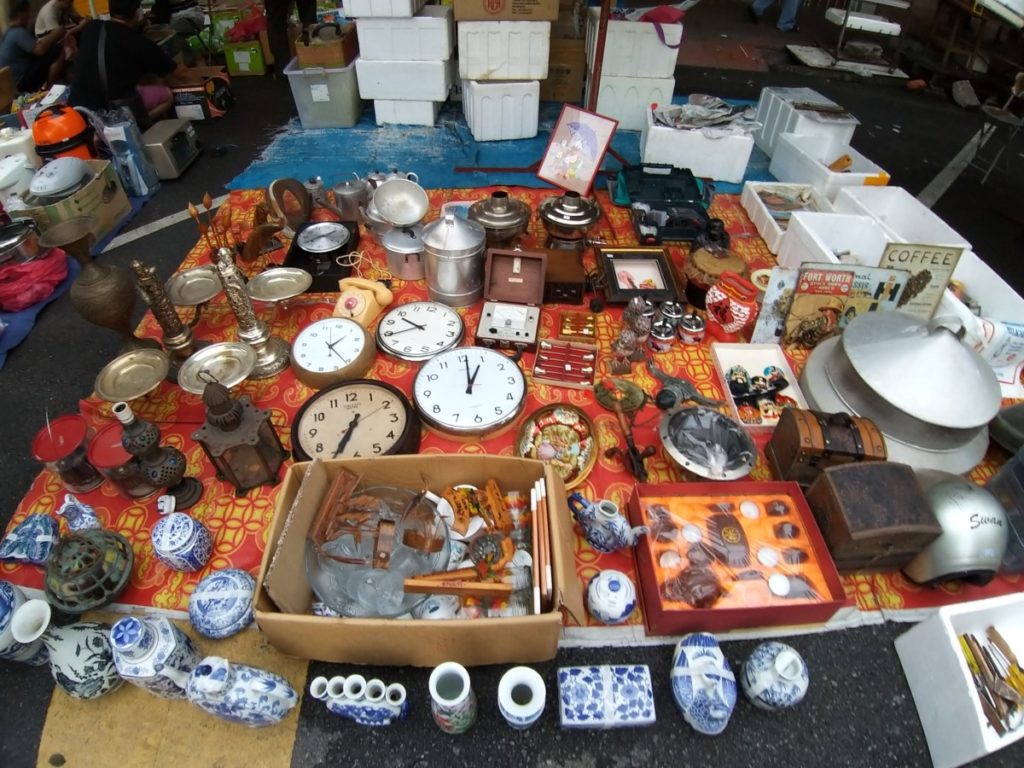 Overall, both the Galaxy A9’s rear quad-camera array and front selfie camera proved to be competent affairs for its intended category and are a notch above the cameras in most midrange phones though they are still a few paces behind powerful flagships like the Note9. 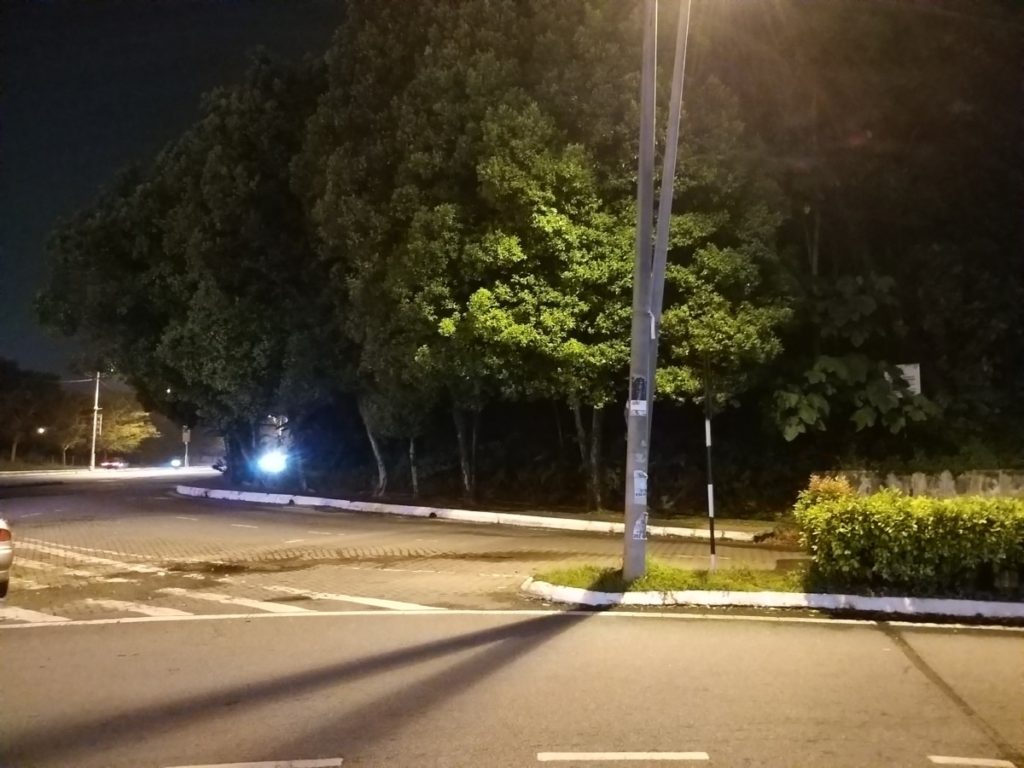 The Galaxy A9 comes with a 3,800mAh battery which ensures substantial endurance in the field. In PCMark’s battery test, it yielded an average about 13 hours of active screen time with a variety of general usage tasks. This was reflected in about a day and a half’s worth of modest usage with light gaming, constant social media and web browsing use and a couple of hours of YouTube streaming.

As it stands, the Galaxy A9 is not exactly the cheapest midrange phone out there and has a price tag that’s heading well north into flagship phone territory but it proves to be a well made phone that boasts of a level of build quality befitting a high-end Galaxy S-series phone and has substantial specifications close to one  that include a massive amount of RAM and storage on top of a solid quad camera array. If you can’t quite afford a Galaxy S9 or Note9 but are looking for a camphone, this is well worth a look.

What we liked Fetching colours, large and vibrant display, Samsung pay support, great rear cameras, tons of storage, has Bixby voice
What we didn’t Simplified pro mode camera user interface, mono speaker easily blocked, lacks IP68 protection, not cheap for its category
We say An attractively designed midrange camphone with the world’s first quad camera array that has optical zoom and the ability to deliver some good shots. Add in generous amounts of storage paired up with good battery life and you have a workhorse phone that’s well worth a look.