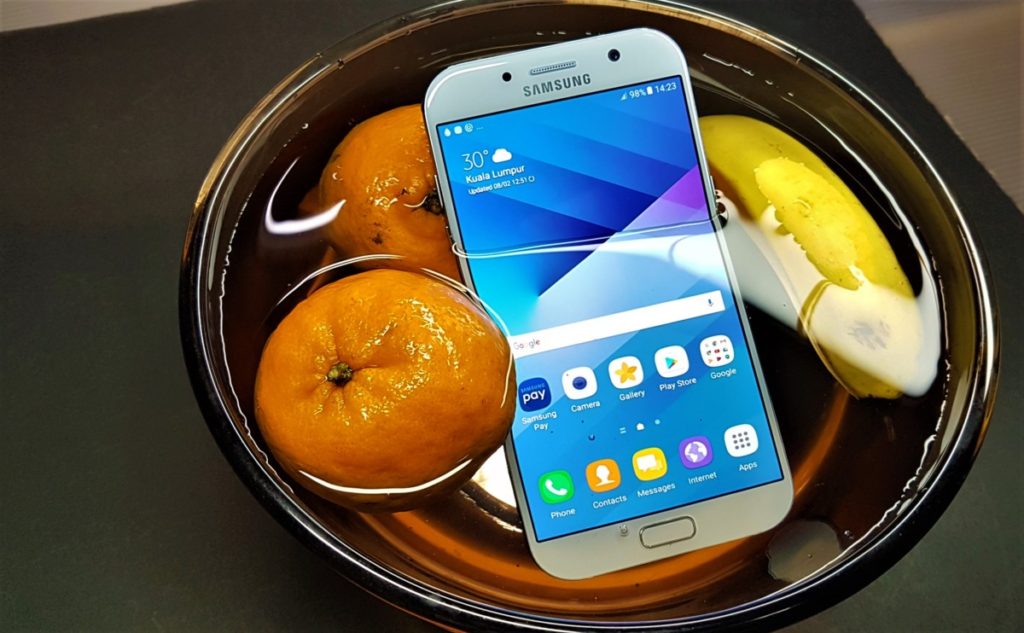 An immensely capable workhorse that is water resistant with decent front and rear cameras. A fetching looking finish makes it a desirable option for those seeking a premium offering at midrange prices from the marque

Samsung’s latest refresh of their midrange A series line bears a host of embellishments and hardware culled from their high-end Galaxy S7 while attempting to keep the price tag of the whole affair at under two grand, pitting it against a host of contenders in a very fiercely contested market segment. 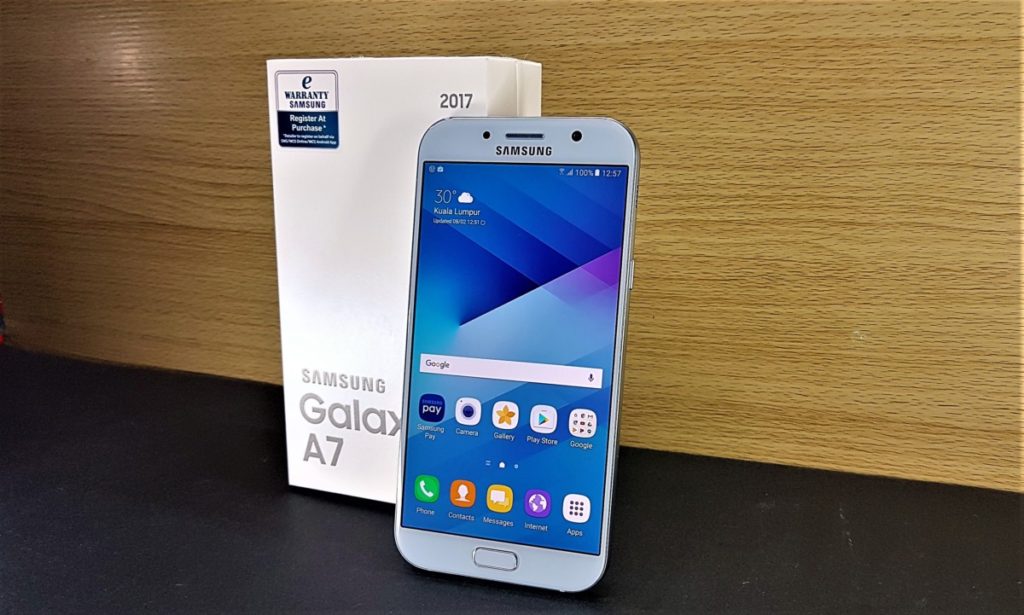 The larger of the two A-series phones refreshed this year, the Galaxy A7 revamp for 2017 comes in four different colours, two of the most recently released being a pinkish shade of Peach Cloud and in the case of our review unit a light pastel shade of blue dubbed Blue Mist. Externally,the phone bears aesthetic cues from the Galaxy S7 and S6 with its rounded corners and smoothly mirrored backplate that curves down around the edges. The sides are finished in gray metal while the front is sheathed in 2.5D glass to present a smoothly rounded texture all around the phone. 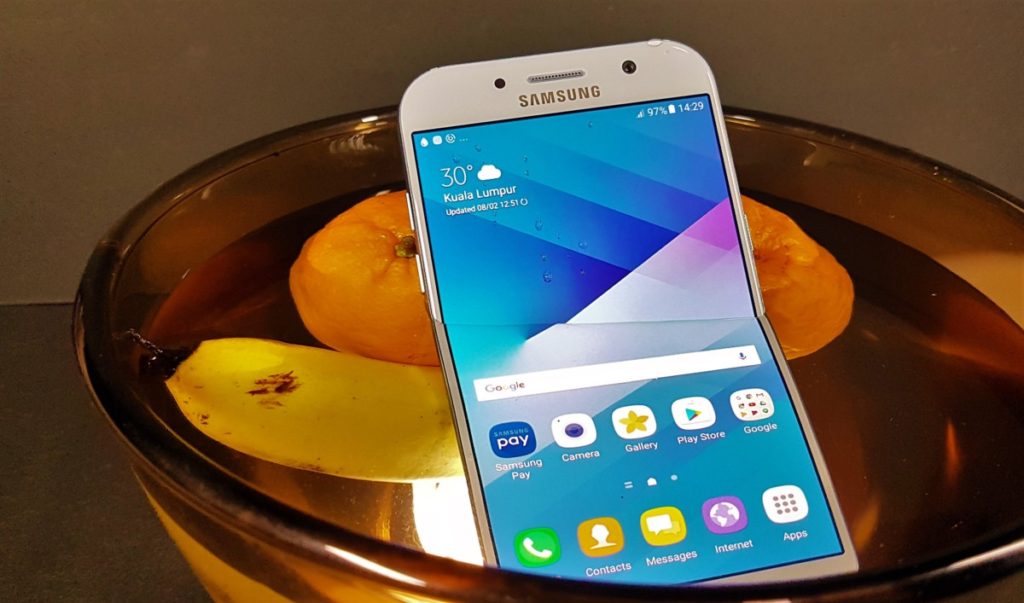 The biggest draw with the revamped build of the A7 is that comes with IP68 water resistance and is able to survive up to 30 minutes in 1.5 metres of fresh water, allowing it to be used in a more practical fashion rather than having to treat it like a fragile flower that will wilt at the slightest encounter with water. The A7 and its sibling the A5 are one of the few phones in its sub-RM2K price range possessing this feature. 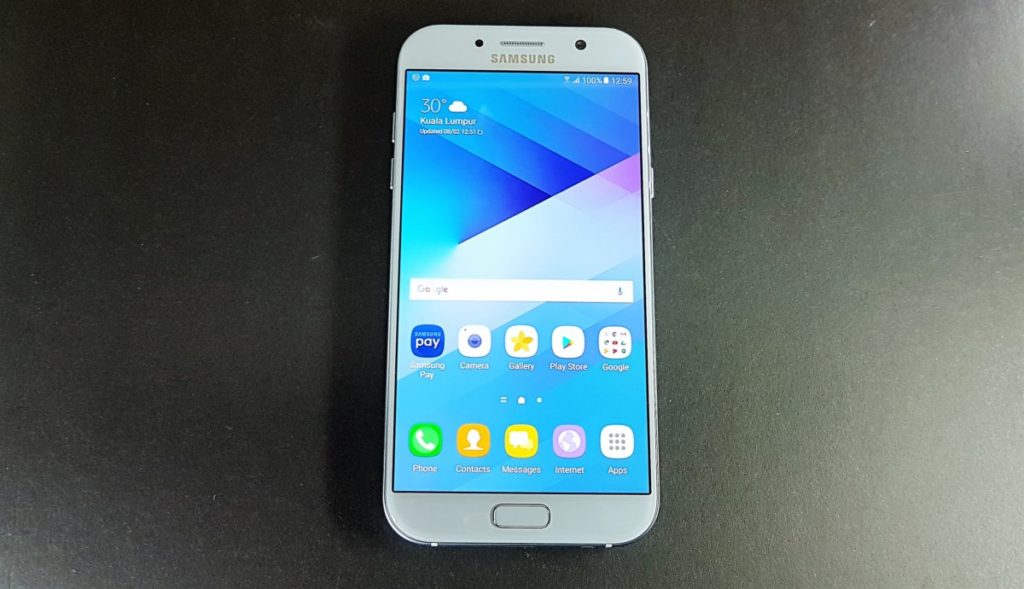 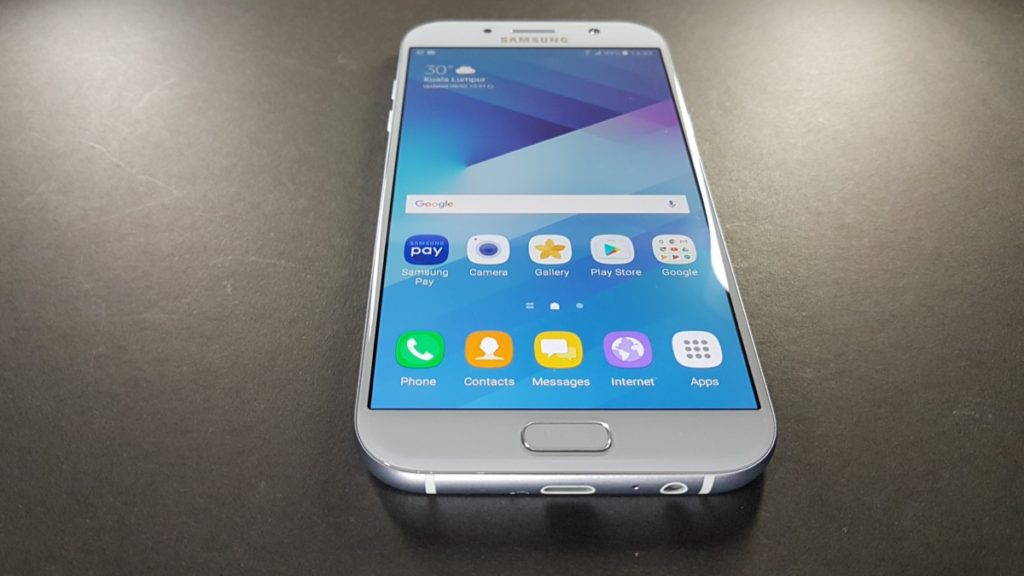 The base of the phone comes with a pair of antenna bands along with a USB Type-C port and a 3.5mm audio jack. The right side comes with the power button and a mono speaker placed next to it rather than its usual placement in the base of the phone like many other manufacturers. This somewhat unusual position works out exceptionally well as it doesn’t get muffled when the phone is used in landscape or portrait mode by your hands. 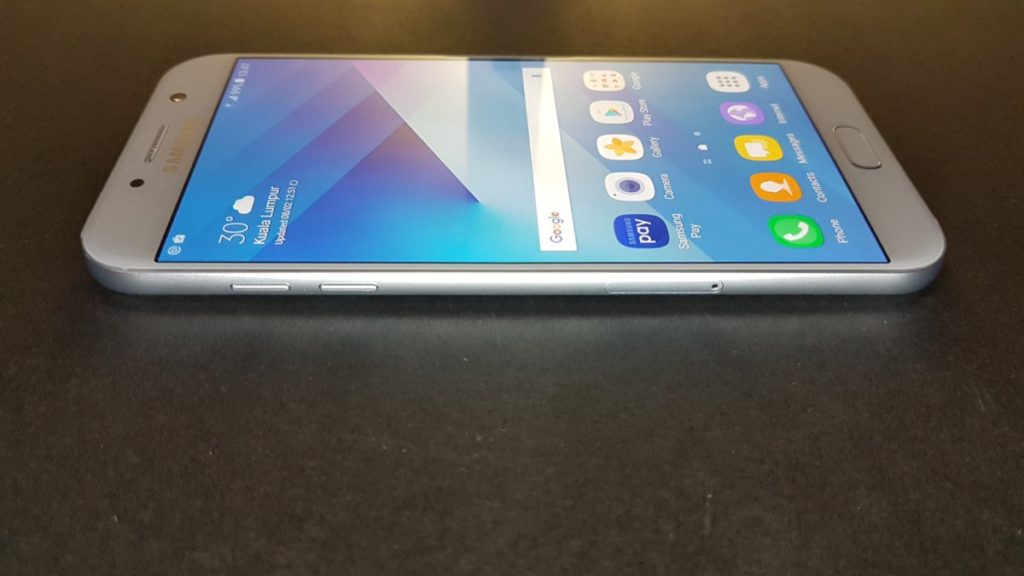 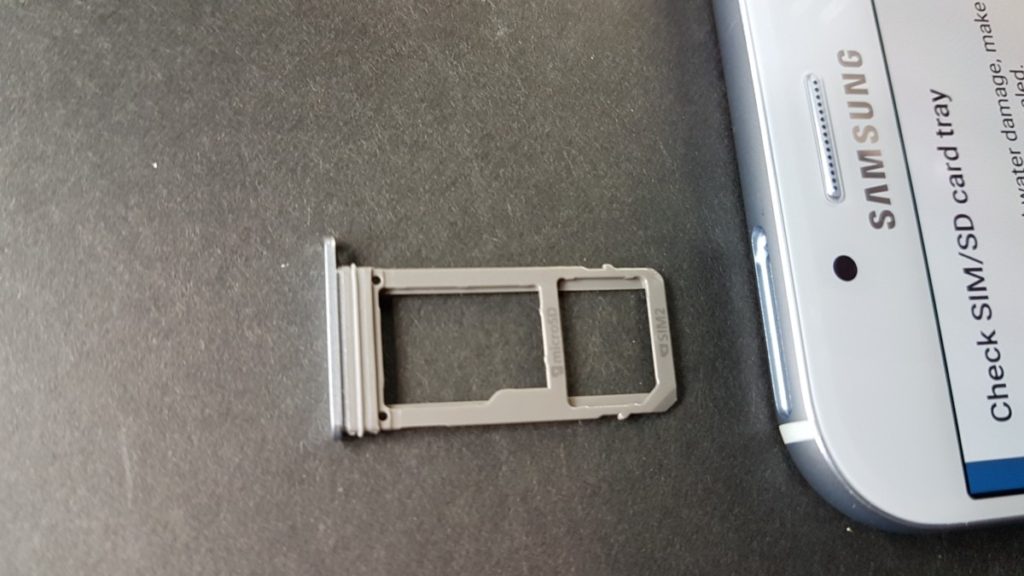 The rear of the phone comes with an equally powerful 16-MP camera as the front with an F/1.9 aperture along with an LED flash with the Samsung logo emblazoned just below it. Of note is that the camera assembly is completely flush with the casing, minimising chances of a user scratching the lens by accident when plonking the phone on a table. 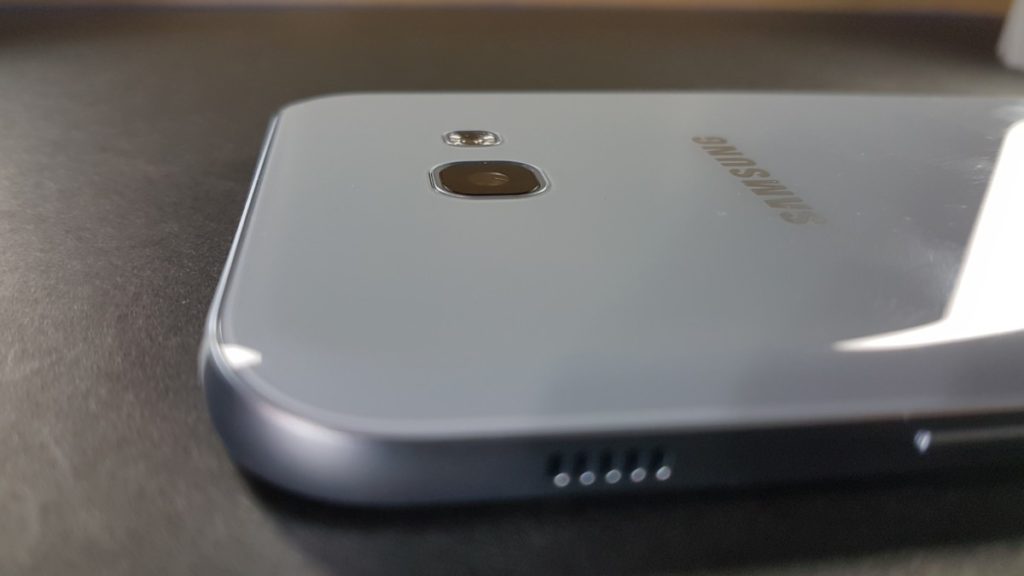 In terms of build quality, the A7 has a balanced heft and is relatively easy to grasp one handed with a premium feel about it on account of the smoothly contoured casing along with the premium metal and glass used in its construction. It’s easily the match of their higher-end Galaxy S7 in terms of aesthetics and design.Unfortunately, it is slippery to the touch and you’ll need a firm grip if you don’t want it slipping out of your hand by accident. 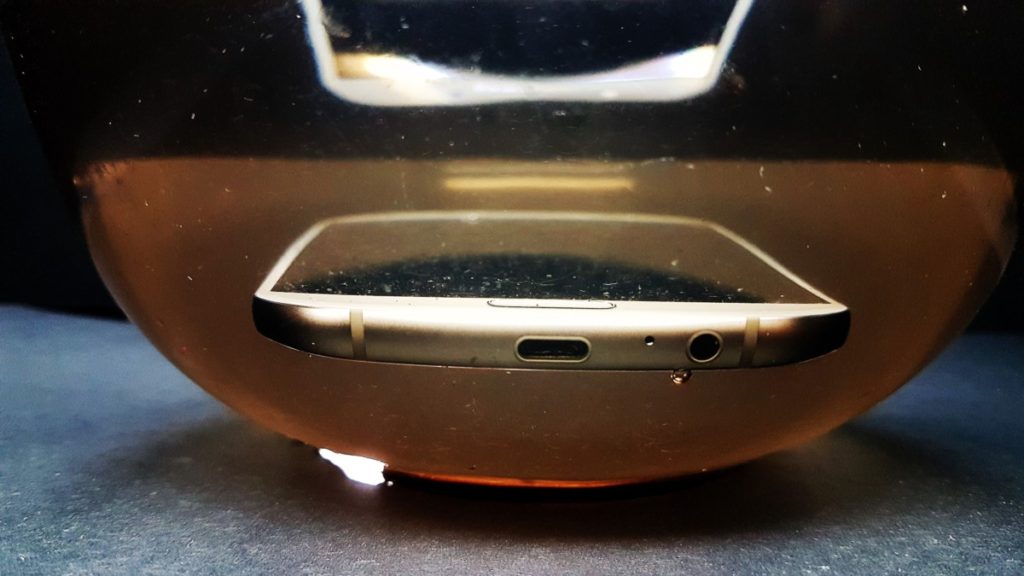