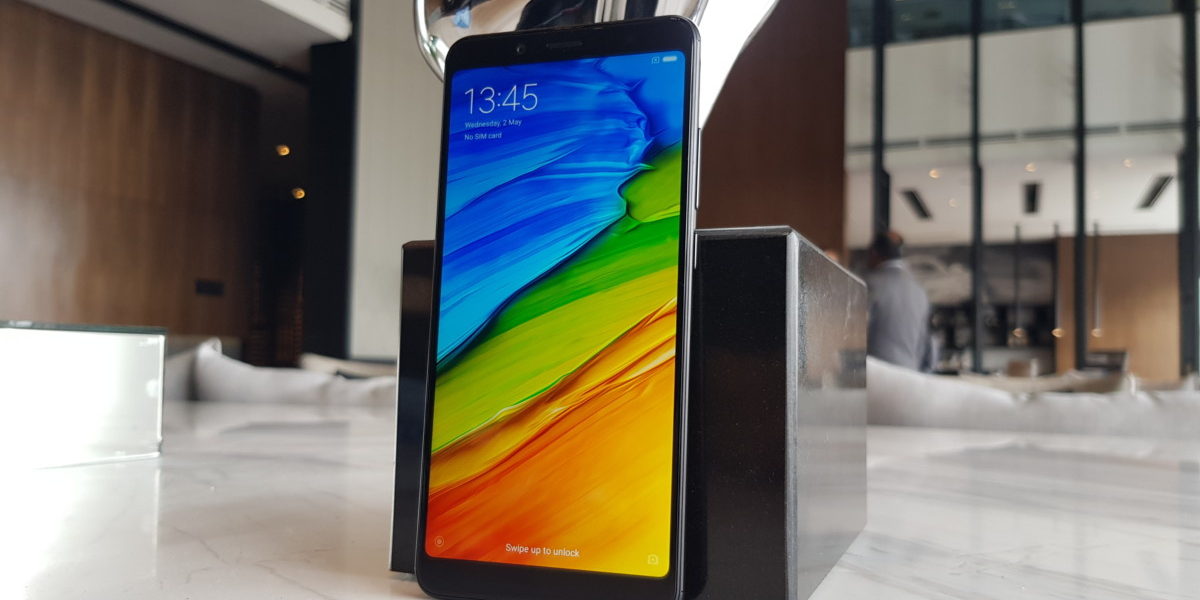 The Xiaomi Redmi Note 5 is a very competently made phone that blends a solid array of hardware, a good rear dual camera array and superb battery life at a very agreeable price point. This is currently one of the best sub-RM1,000 phones in the market.

Xiaomi has developed a reputation for making some of the best budget phones on the planet and their latest addition to the Redmi series of midrange phones, dubbed the Redmi Note 5 may just be the best sub-RM1,000 phone that they’ve ever made. For the price point, Xiaomi have managed to put in an impressive rear dual camera as well as a wide 18:9 aspect ratio display and, to top it all off, is one of the first phones in Malaysia to sport the new Snapdragon 636 processor. 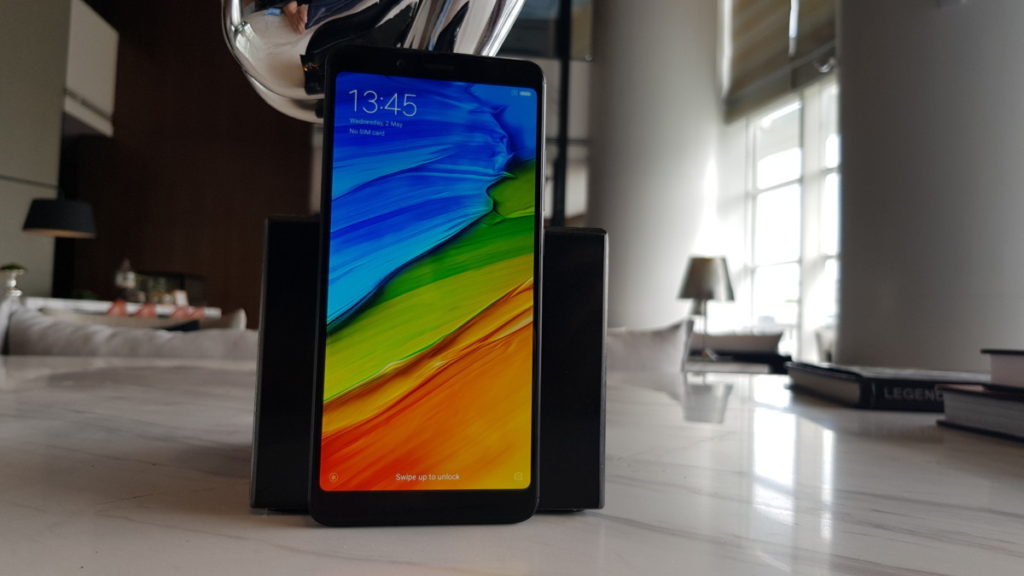 Rather than chunking out for ostentatious packaging, the Redmi Note 5 is almost austere in its presentation with a burnt orange box plainly emblazoned with the Mi logo and text indicating what it contains within. Popping the lid open reveals the phone itself, a quick start manual, a basic phone charger that lacks fast charge support, a charging cable as well as a notable bonus – a soft-skinned phone casing. While it’s not a deal breaker, the package lacks a pair of headphones though you can get a decent pair from Xiaomi as a separate purchase. 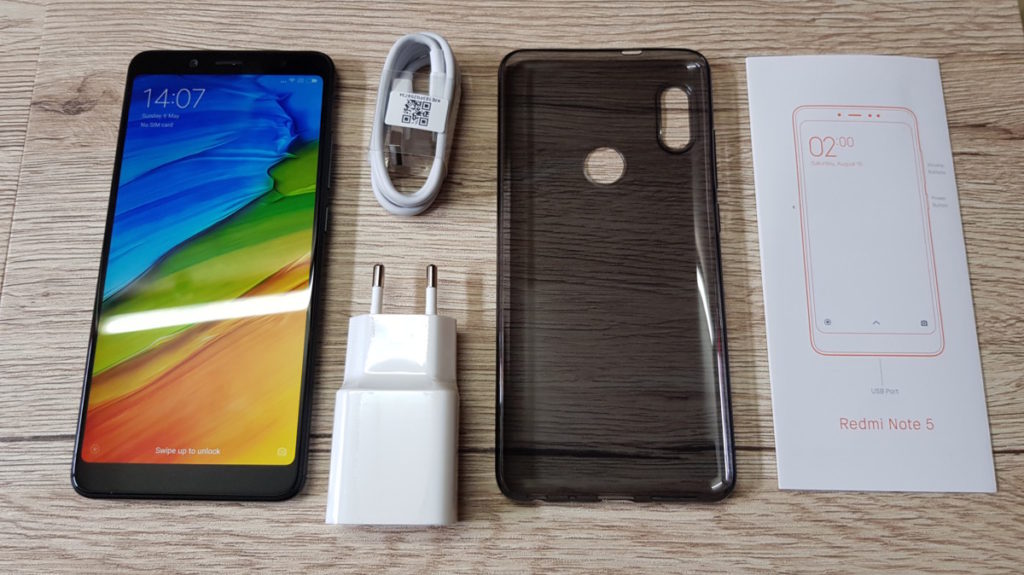 Out of the box, the Redmi Note 5 comes in your choice of either gold, black or a robin’s egg blue. Our test unit came in a utilitarian shade of matte black. The left side of the phone sports a hybrid SIM/SD card slot, which allows you to either pack two SIM cards or one SIM and a microSD card. 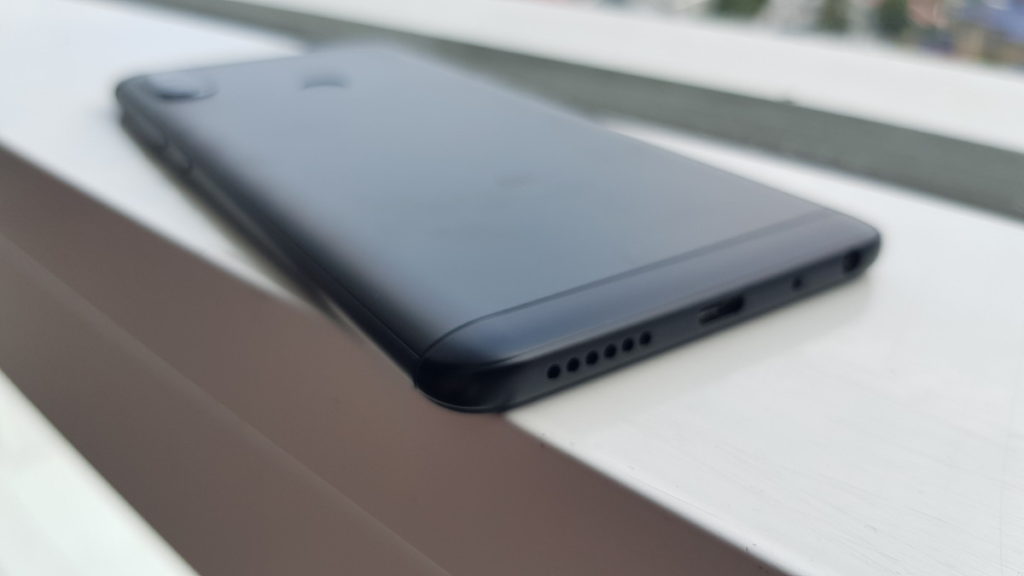 The right side comes with a volume rocker and power button. The base of the phone comes with a grille for the mono speaker, a 3.5mm audio jack and, quaintly enough, a microUSB port to power the phone as opposed to a more mainstream USB Type-C port. Seeing its aspirations as a midrange phone, it’s an understandable concession as a microUSB port and its associated accessories are in more common circulation. 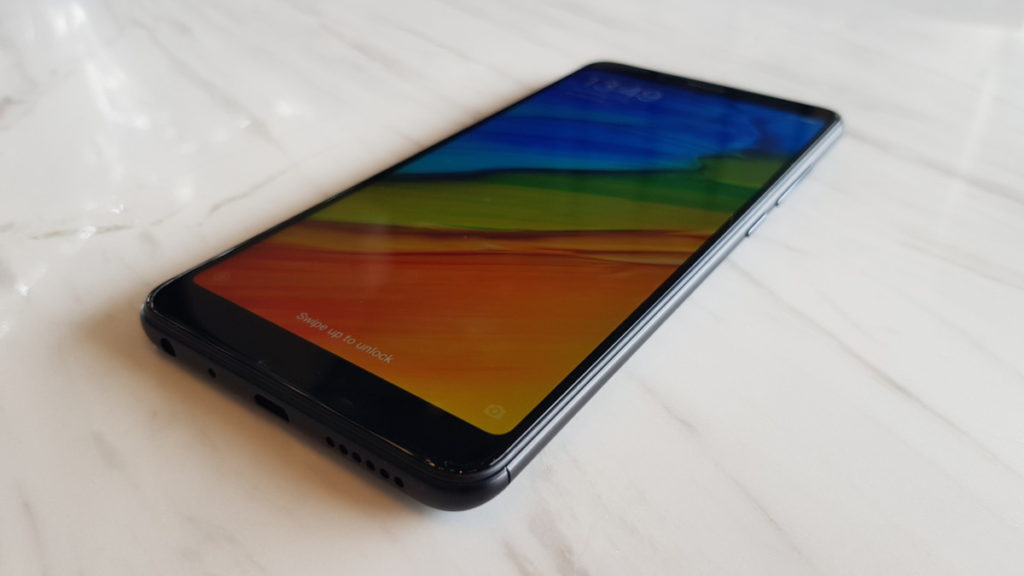 The front of the Redmi Note 5 is primarily taken up by the huge 5.99-inch FHD+ display that sports a 18:9 aspect ratio wide angle display. They’ve managed to cram in the huge touchscreen on account of the exceptionally slim side bezels though the top and bottom still have sizable bezels to frame the display. While the top bezel uses its space efficiently to house a 13-MP selfie camera paired with a dedicated flash and a mike, the bottom bezel lacks any buttons and is otherwise unadorned. 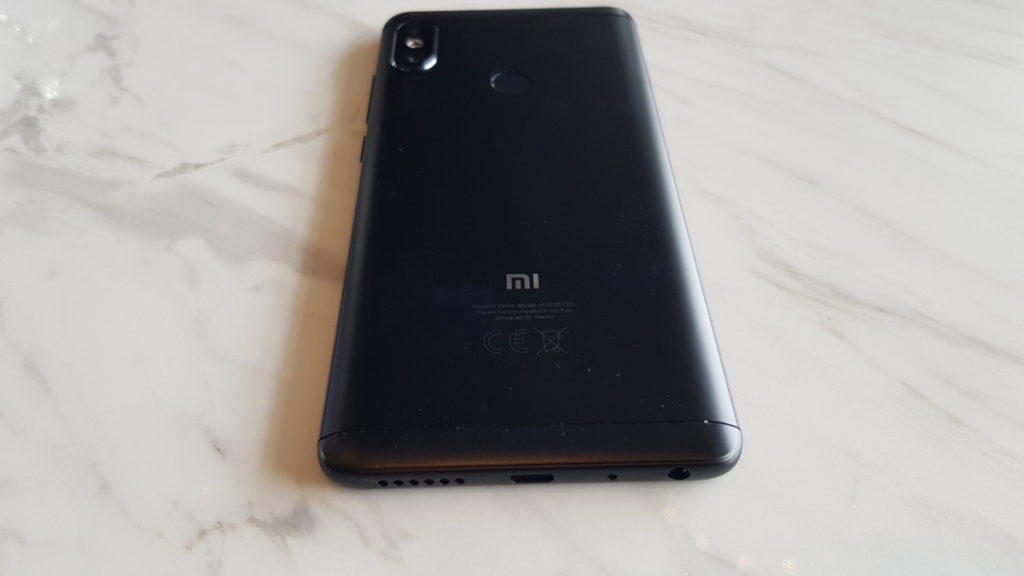 The rear of the phone is primarily a swath of matte black broken up with a subtly monogrammed Mi logo, antenna bands on the top and bottom of the phone, a circular fingerprint reader and a vertically aligned dual camera array with an integrated flash ensconced in a raised housing. The matte black finish of our test unit works in its favour by hiding the top and bottom antenna bands and handily repels fingerprints. 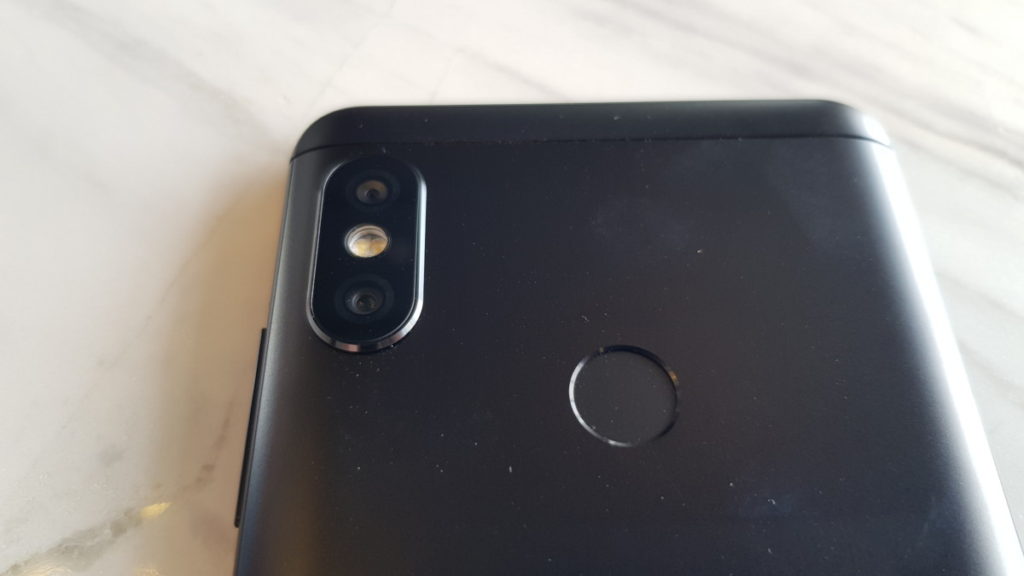 Unfortunately, the raised nature of the camera housing means that the lenses are somewhat prone to scratching if placed flat on a surface though the provision of the bundled protective casing solves that problem in a handy fashion.

When held, the Redmi Note 5 has a beautifully even heft and weight with good tactility on account of the beautifully rounded edges and 2.5D glass sheathing the front display, lending it a feel more in keeping with phones thrice its price tag.

The Redmi Note 5 comes with the latest midrange Qualcomm Snapdragon 636 processor that is built on a 14nm process and which offers, at least on paper, approximately 40% improvement in performance and about 10% enhancement for gaming and web browsing compared to the Snapdragon 630. The Snapdragon 636 processor is made up of eight Kryo 260 CPU cores with a clock speed of 1.8GHz paired with an Adreno 509 GPU. For Malaysia, the Redmi Note 5 comes in two configurations, one with 3GB RAM and 32GB of storage and, in the case of our test unit, the higher end variant with 4GB RAM and 64GB of expandable storage.

When subjected to synthetic benchmarks, the Redmi Note 5 served up a respectable series of scores. In PCMark’s Work 2.0 test, it yielded a score of 5,539. In Geekbench, it yielded a single core score of 1,334 and a multi-core score of 4,896. Theoretically speaking, this offers performance just a few notches behind a mainstream flagship phone from 2016 which makes it quite an impressive achievement. In 3D Mark’s Sling Shot Extreme test, it yielded a score of 937 whilst in the Sling Shot Extreme Vulkan test it got a score of 758. The Antutu benchmark test netted the phone a decent score of 114,200.

In the field, the phone did not disappoint with solid all-round performance in day-to-day tasks. Opening multiple Chrome browsers, poring through Facebook and Instagram feeds, piling through YouTube and iFlix videos were all handled smoothly. The phone was also a dab hand at gaming as well with Modern Combat 5: eSports FPS and Player Unknown Battlegrounds running in a silky smooth fashion with the widescreen display helping to offer a bigger view of the battlefield. 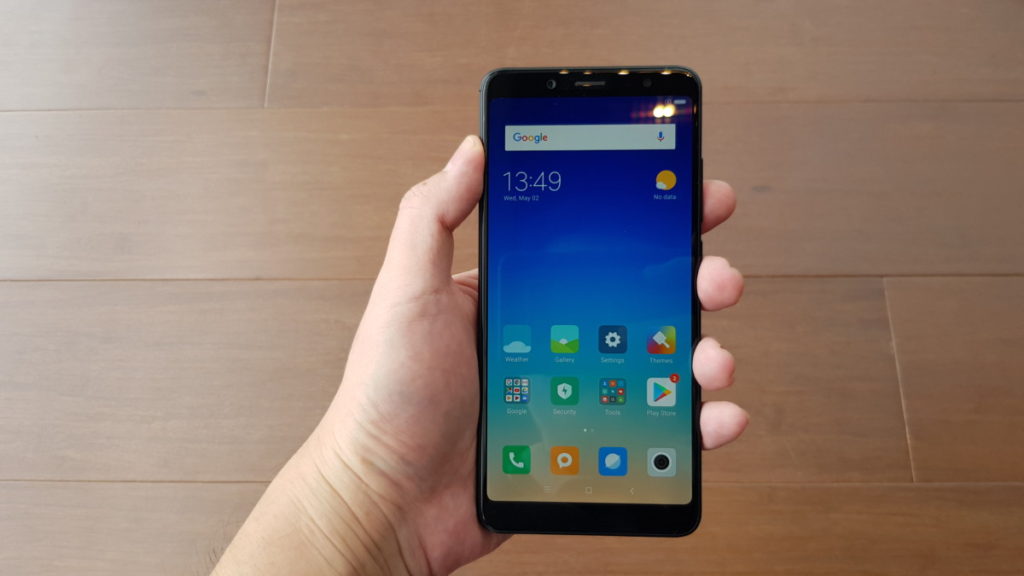 On that note, the display itself is excellent  for its price range, topping many contenders on account of its size and FHD+ resolution. Colours were vibrant onscreen and text was pin-sharp with serviceable brightness under full daylight conditions.

Getting about the menus on the Redmi Note 5 is a relatively clean, intuitive affair on account of Xiaomi’s latest MIUI 9.5 user interface running under the hood. It addresses quite a bit of the quibbles on prior versions and has the notable addition of now allowing you to answer messages straight from the notification panel rather than having to go to the app itself. Handy, that. 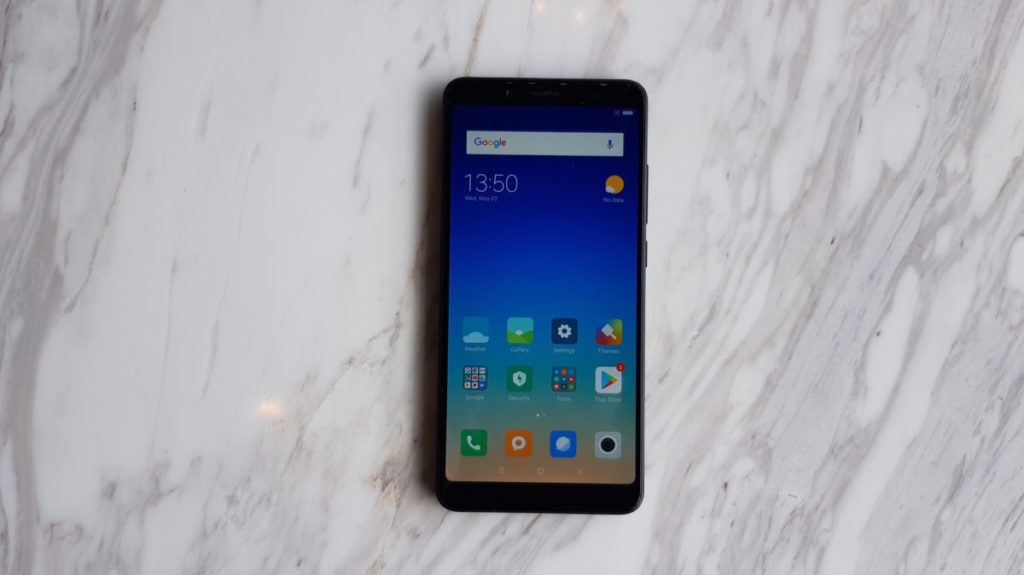 The phone still retains quite a bit of bloatware though and clutters things up with a shortcut to their MIUI forum, a proprietary browser in addition to Chrome, an eclectic suite of mini apps that include a built-in feedback form, a compass as well as a full suite of Microsoft Office apps preinstalled though your mileage will vary depending on how much utility you get out of it. One particularly handy feature that Xiaomi phones still have and that the Redmi Note 5 retains is an IR blaster which lets you remotely control compatible appliances via your phone, making it exceptionally useful to have around.

The Redmi Note 5 is very well equipped for its price range with a dual rear camera array with Samsung sourced sensors that consist of a 12-MP f/1.9 camera with a large 1.4μm pixel size paired with an 5-MP f/2.0 camera riding shotgun. Of note is that the camera also has Dual Pixel phase detection autofocus tech for swifter subject acquisition though the camera array as a whole lacks optical image stabilisation. The former camera does most of the grunt work while the latter secondary camera helps to capture depth information. 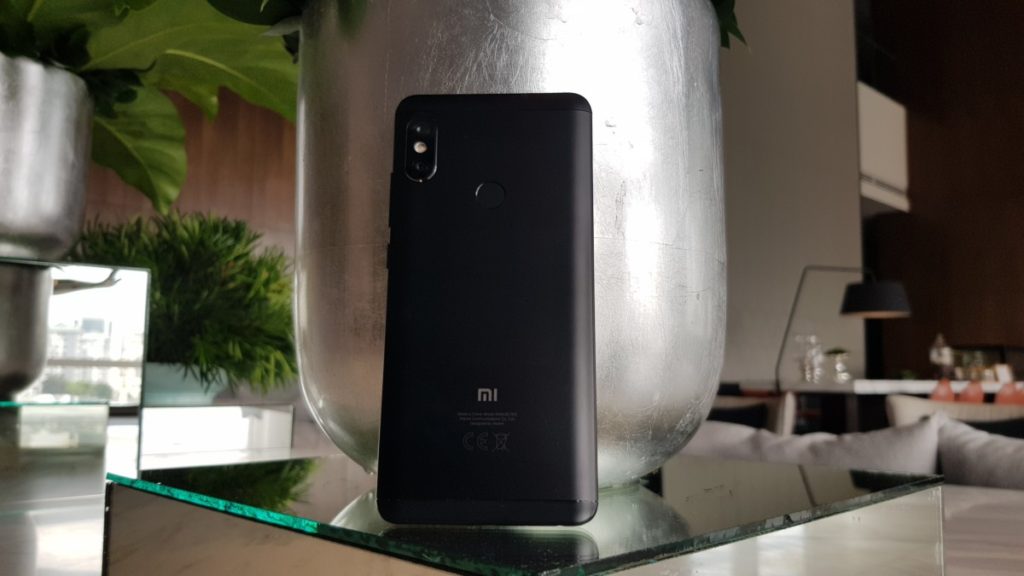 Shots across the bar are surprisingly good for a sub RM1K phone with plenty of detail and spot-on colours with very shareworthy results on auto mode. Low light shots after dusk or indoors were pleasantly pleasing as well though on rare occasions shots came up somewhat soft with a lack of detail; a steady hand is required for best results. 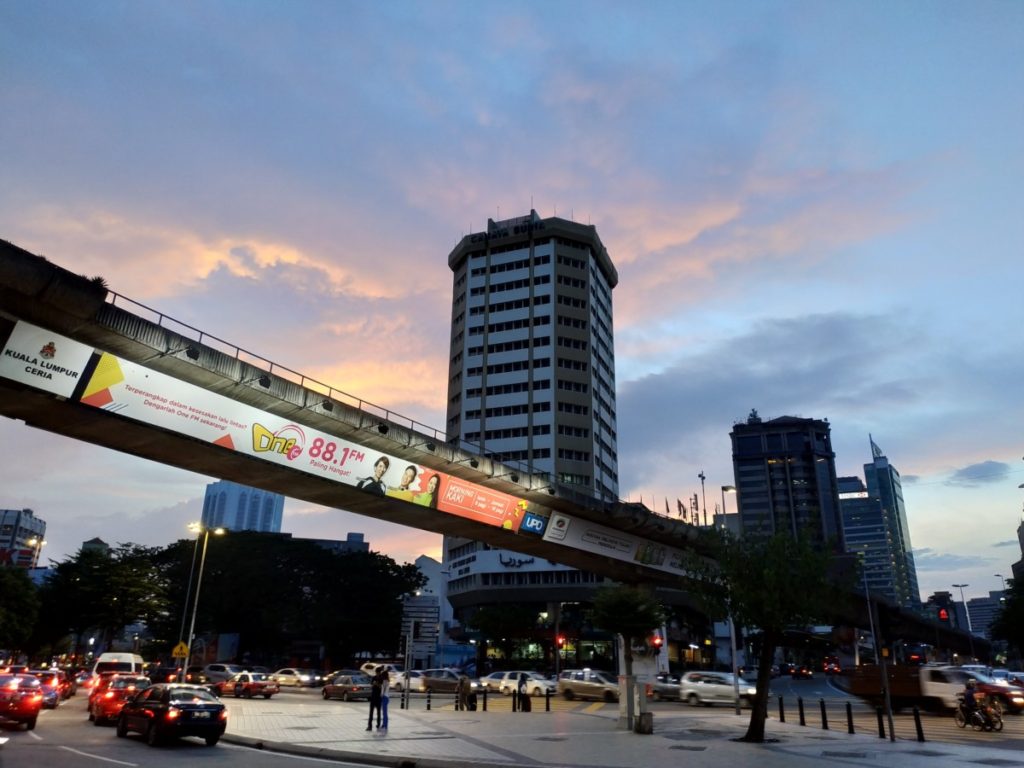 Shots with HDR mode on do look better with richer hues and markedly broader dynamic range in images especially in backlit and low-lit scenes though this has to be balanced with the fact that there is some amount of shutter lag as the camera has to composite multiple shots to yield the HDR effect. Needless to say, some judicious prudence is needed lest you miss the money shot. 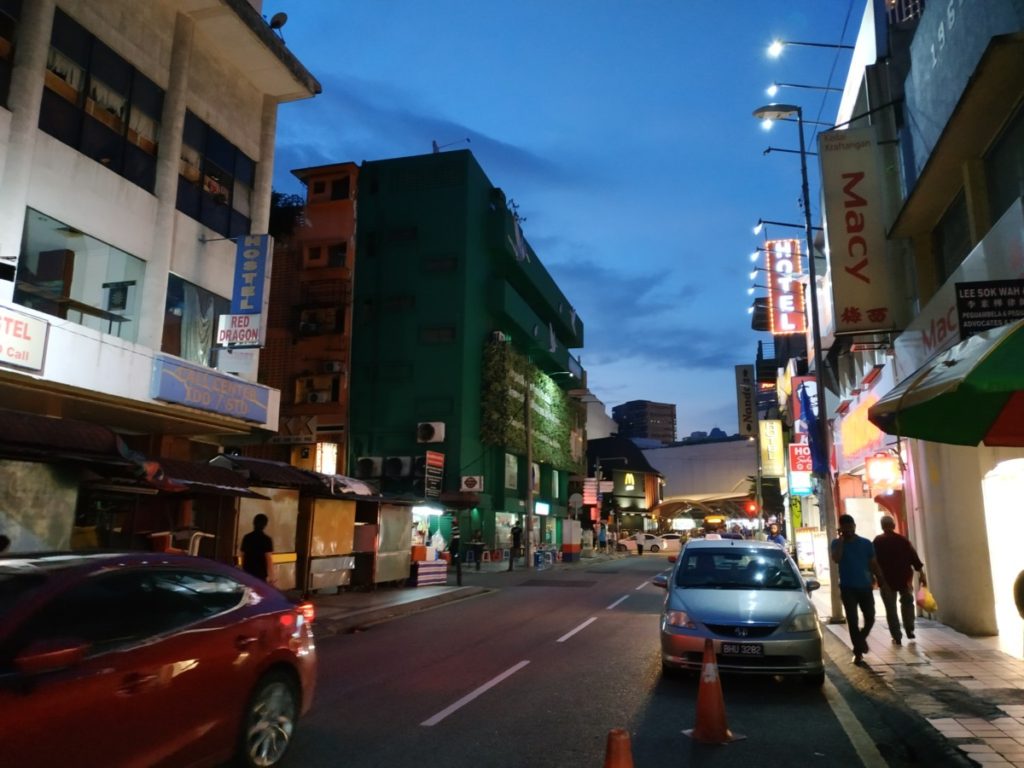 The camera user interface has minimal changes from prior incarnations with a slider menu allowing you to access additional modes like portrait and panorama mode as well as a selection of filters. 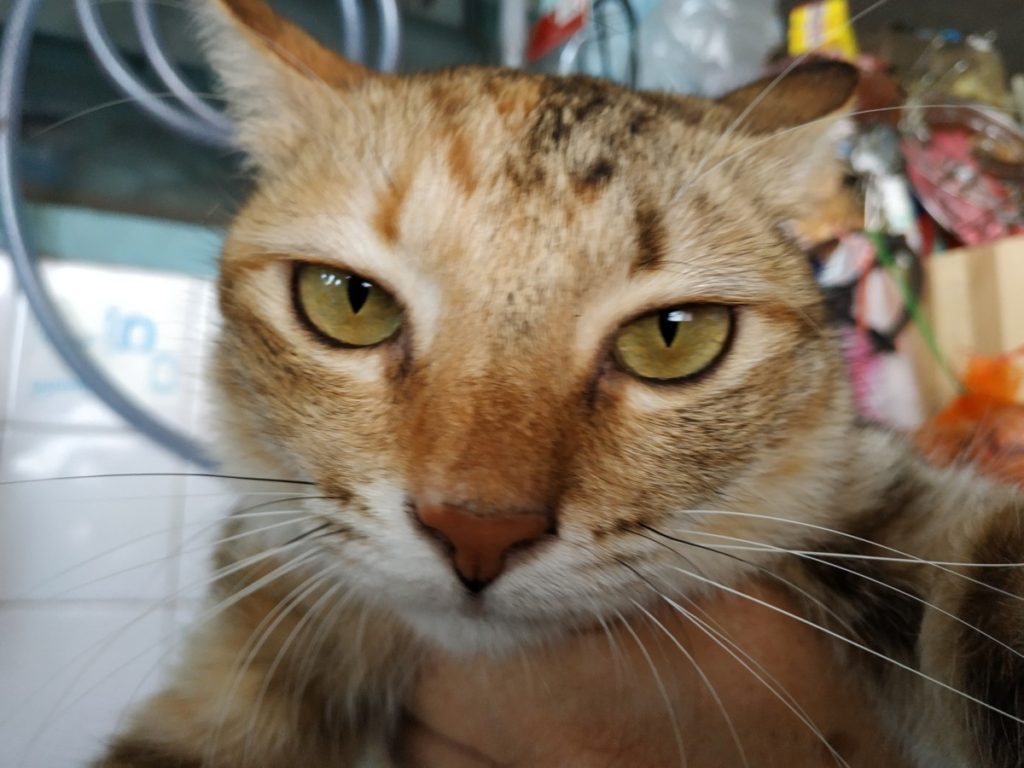 Of note this time around is that you can set HDR mode to auto to capture shots though manual mode is still somewhat bare with only the ability to tweak white balance and ISO.

The front 13-MP selfie camera does a decent job when taking selfies and has an effective portrait mode that convincingly defocuses the background as well as a similar HDR mode to the rear camera as well.

The Redmi Note 5 comes with a non-removable 4,000mAh battery that offers exceptional endurance. On a full charge with moderate use, the phone was able to last pretty well north of a day and only needed a charge at about a day and a half in. No surprise seeing that its battery size even tops what many high-end flagship phones pack today. 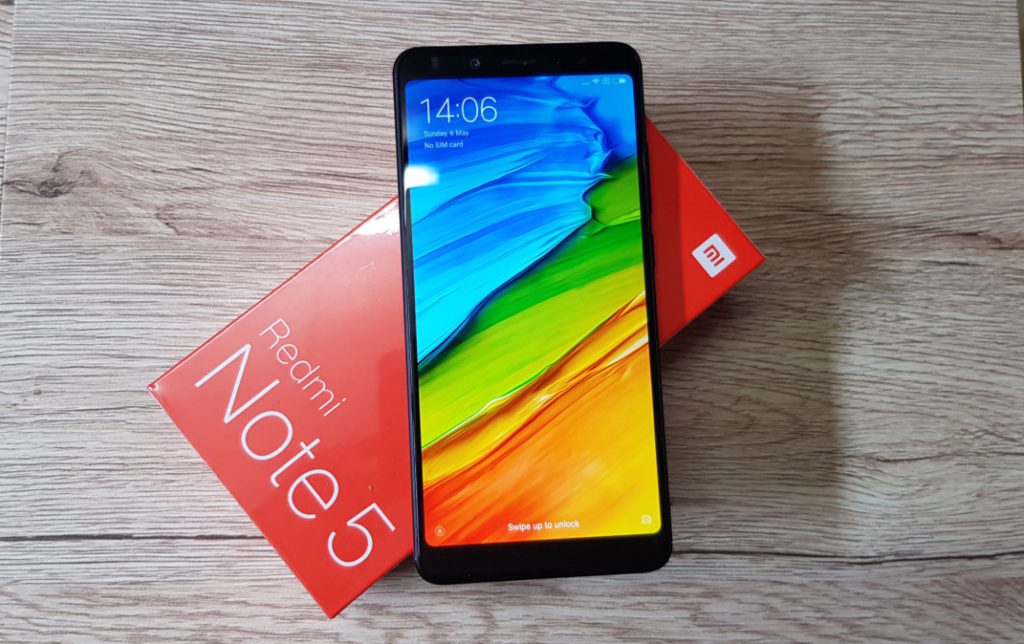 As it stands, the Redmi Note 5 brings a lot to the table for what you pay for. At RM999 for the high-end configuration with 4GB RAM and 64GB of storage, you’re getting an excellent 18:9 FHD+ display, an immensely capable array of hardware that can handle day to day tasks and a good dual rear camera array.

If you’re on an extremely tight budget, you can still shave off a bit off with the lower end configuration that is otherwise similar bar less RAM and lower storage at RM799. If you are in need of a sub-RM1,000 smartphone, the Redmi Note 5 is one of the best phones in its price category that money can buy.

We Say The Xiaomi Redmi Note 5 is a very competently made phone that blends a solid array of hardware, a good rear dual camera array and superb battery life at a very agreeable price point. This is currently one of the best sub-RM1,000 phones in the market.