Performance
Previously, we unboxed OPPO’s latest magnum opus, the R9s cameraphone that offered midrange workhorse prices and a solid feature set with a rear camera that has a shot, pun not intended, to rival more powerful (and pricier) phones in the market. Seeing as they’re using the tagline ‘Now It’s Clear’ for the phone, it’s somewhat obvious that the R9s focuses the majority of its efforts at being one of most powerful camphones for its price range. 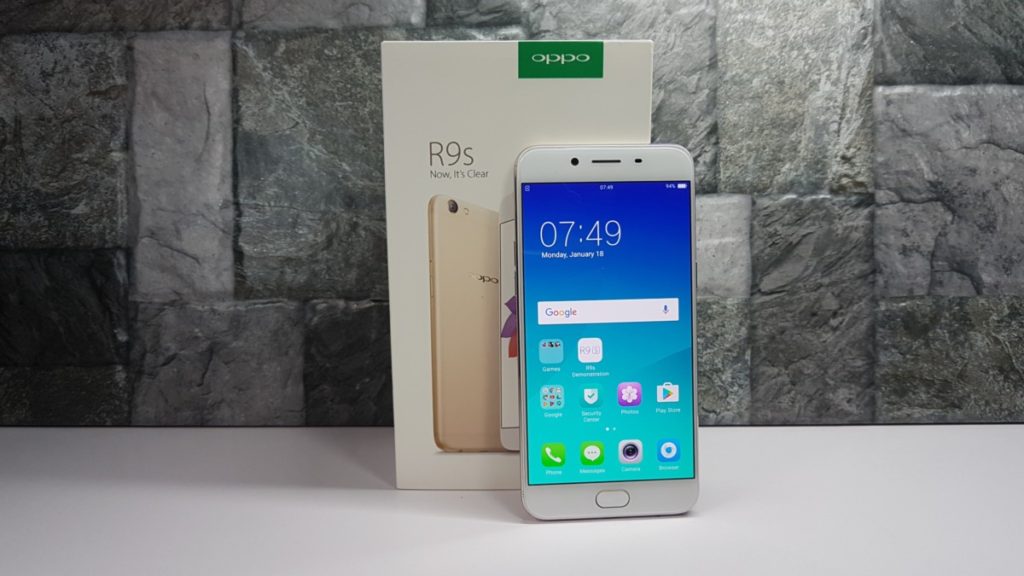 Externally, the phone is solidly built and machined of aluminium with good build quality. Rounded corners make it an inoffensive, pleasant affair to hold with silver chamfering on the edges and 2.5D glass. The buttons are machined of metal but have somewhat raised edges for enhanced tactility. One odd departure from conventional design though is the front facing home button. Engraved with faux gold trim, the home button also doubles as a fingerprint reader though it is, alas, not clicky so those with muscle memory of phones that do have that feature may feel somewhat lost until they get used to the R9s. 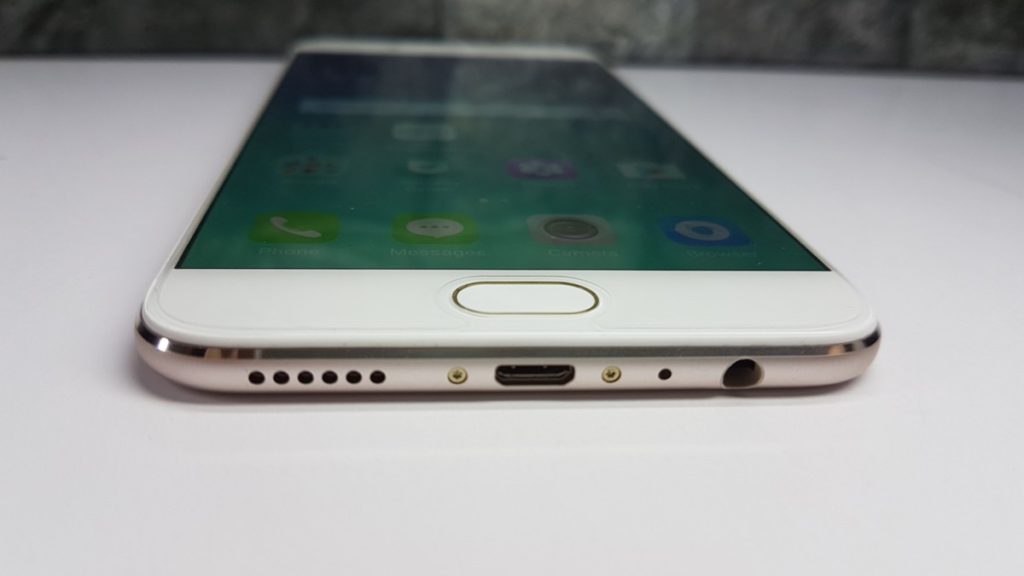 The most unusual thing about the design of the R9s is that it eschews the traditional antenna bands and instead goes for a rather novel approach of engraving the metal chassis just deep enough for reliable operation of the internal radios. Three subtly engraved bands line the top and bottom of the backplate of the phone and this is sufficient to ensure that call quality remains on par with other more traditional designs with more prominent antenna bands. 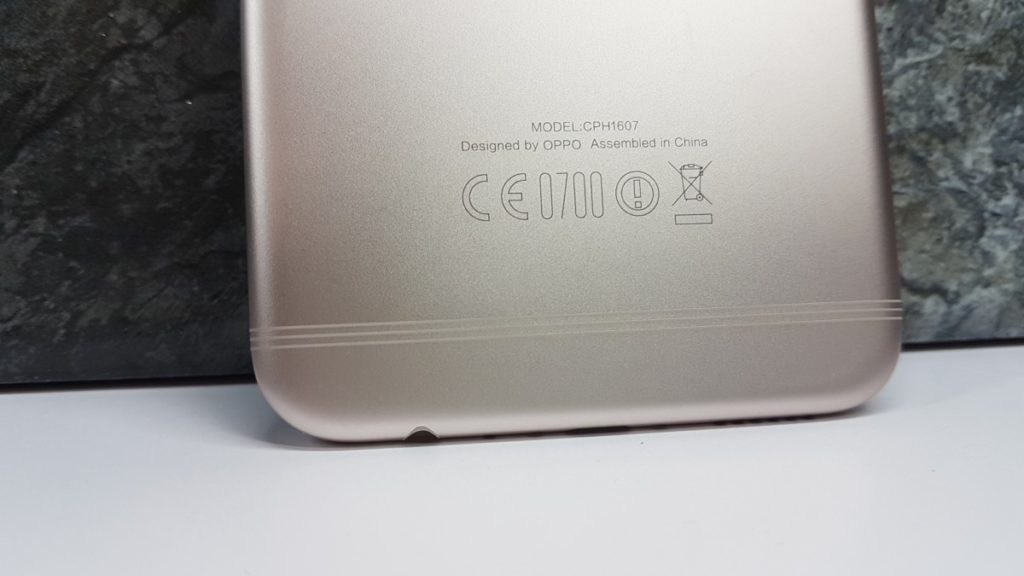 In terms of hardware, it comes with a relatively solid ensemble that puts it at the upper end of the midrange workhorse category. A 5.5-inch Full HD 400ppi AMOLED touchscreen is paired with an efficient 14nm Snapdragon 625 2.0GHz octacore processor, an Adreno 506 GPU, 4GB RAM and a generous 64GB of storage that is expandable via a built-in hybrid SIM card. The hybrid SIM card lets you pop in either two SIM cards or one SIM and a microSD card to augment the onboard storage.

Running the show on the phone is Android Marshmallow 6.0 overlaid by their ColorOS 3.0 user interface. There’s quite a bit of software overlap with Google with its own browser along with a few other extra apps like WPS Office, their own home-baked virus scanner and file cleaner and the like but it’s a minor niggle. There’s a modicum of attention paid to aesthetics with a changeable lock screen that shows up pleasing screen shots based on preselected themes and the whole affair is bright, breezy and straightforward, if somewhat obtuse on occasion when you’re trying to find certain settings as they’re all lumped in deeply nested menu trees. What makes ColorOS 3.0 stand out though are the variety of gesture-based shortcuts that you can perform to access features on the phone.

When the screen is off, you can double tap the screen to wake it up, sketch an O on the screen to fire up the camera or draw a V to turn on the flashlight. By drawing a stylised I or a left or right arrow onscreen, you can even control music playback. Swiping with three fingers on the touchscreen lets you perform a screencap. Pretty handy that. You also have some additional customisability beyond the default set as you can use one of the seven unused drawn gestures and assign them to a specific app or function as needed.  Of particular note with ColorOS is its rather robust image editing that comes stock with the phone. With it, you can add filters, crop images, add a mosaic to shots to blur faces or car plates and add bokeh after taking a shot. It’s unexpected but rather welcome. 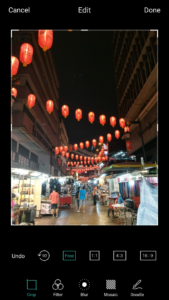 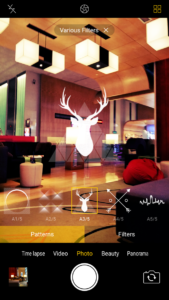 Once a luxury reserved for higher-end phones, the R9s’ fingerprint reader performs exceptionally well. It reads fingerprints in seconds and does more than lock the phone. You can also assign fingerprints to encrypt apps or files to prevent unauthorised access. It takes getting used to on account of the lack of clickiness to it but it’s something you can get used to over time. 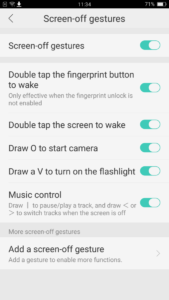 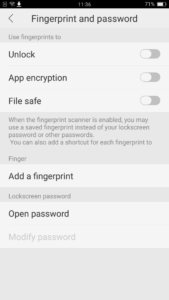 In Epic Citadel, the R9s yielded an average of 59.8FPS at Full HD with high quality settings. Under PC Mark with the Work 2.0 Performance test, it yielded a reasonable score of 4,570. Under Antutu, it managed a decent score of 66,072. 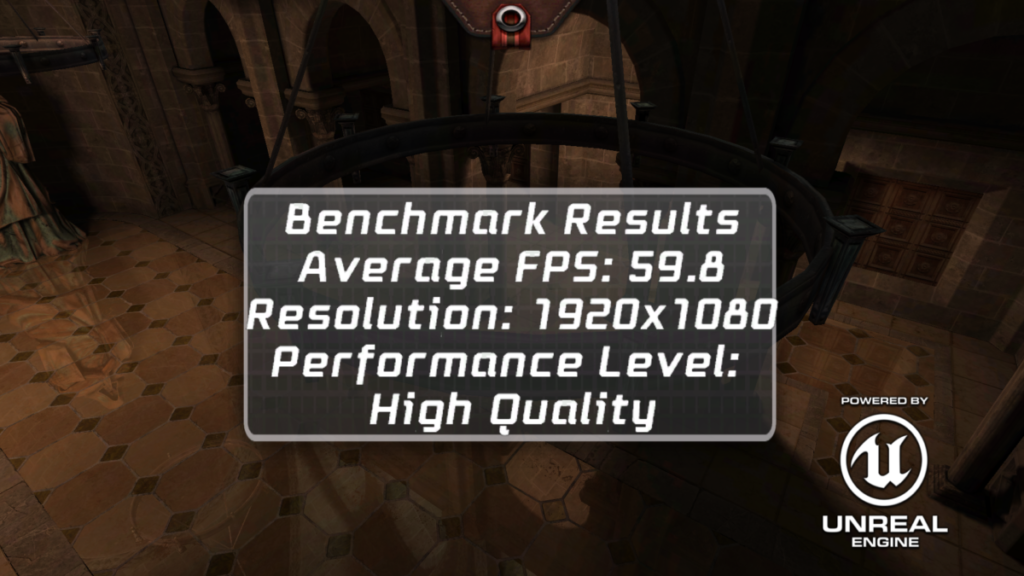 When tested with 3D Mark’s Sling Shot Extreme, it yielded a modest score of 472. While benchmarks may give a rough idea of how the phone fares, it’s not a final indicator of actual performance. 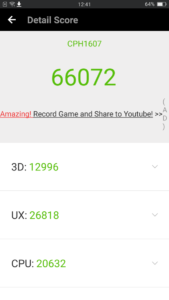 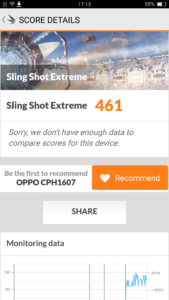 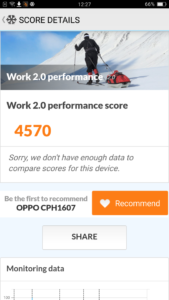 In use, the R9s’ relatively efficient chipset made for a pleasant user experience. The R9s’ generous amount of RAM makes page and app loading a snappy affair with the generous amount of onboard storage allowing you to keep a good chunk of your playlist, pics, games and the like on hand before having to resort to a microSD card. The phone handled most casual games and apps without problems though high-end gaming need slightly longer loading times. Heavy gaming aside, the phone is a very serviceable workhorse for day to day tasks. 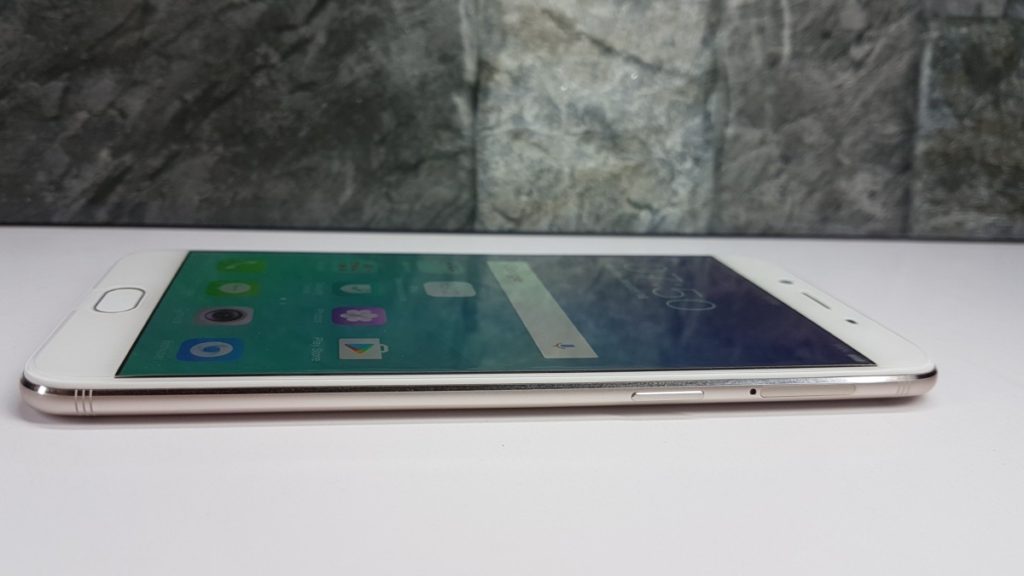 The R9s’ AMOLED display was quite a performer, with good detail and decent viewing angles too along with good visibility under sunlight. Colours veer a bit on the vibrant side though there’s no way to currently tweak this in the UI so what you see is what you get.

On the audio front, the R9s proved quite serviceable with enough loudness to fill a small room and enough detail for otherwise general listening. Call clarity was solid as well. Take as a whole, the R9s is relatively pleasant to use and ColorOS has quite a few interesting tricks to offer users who take the time to delve deep enough into its inner workings.