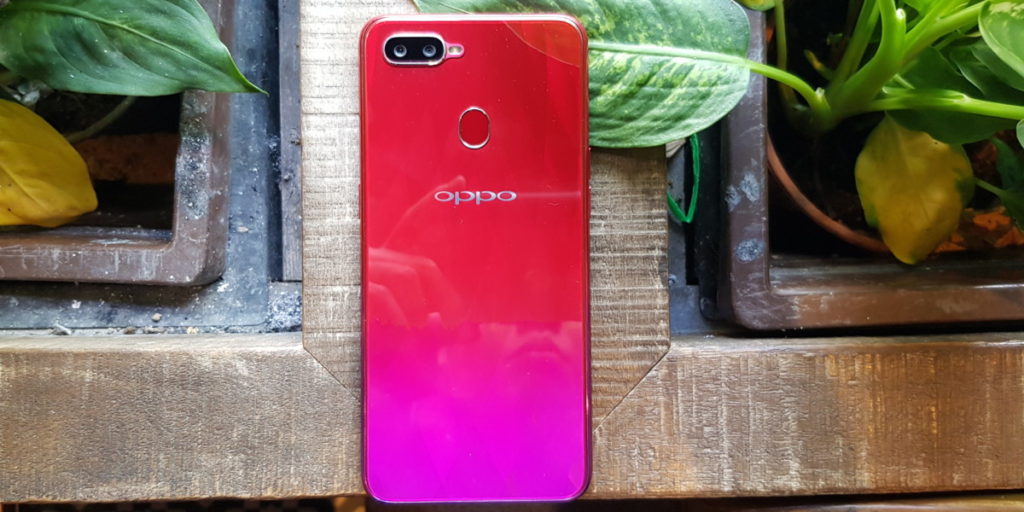 If you’re in the market for a good looking phone with a large display, distinctive design and exceptional fast charging capabilities, the OPPO F9 is well worth a gander.

Available in Malaysia your choice of three colours, the OPPO F9 is an aesthetically pleasing phone that attempts to meld contemporary design with several novel features like their Waterdrop-notched display, a unique aesthetic finish and several other AI-enhanced refinements to their cameras while keeping the price tag and the rest of the hardware somewhere within high street levels.

Oddly enough, it’s also designed as the F9 Pro in other markets but is otherwise identical.Externally, our test unit came in a shade of what they call Sunrise Red, which uses a rather unusual gradient spraying method to create a rather unusual reflective effect with the upper quadrant of the phone boasting of a deep, almost crimson red finish that subtly changes in hue until the base has a slight purplish sheen to it. 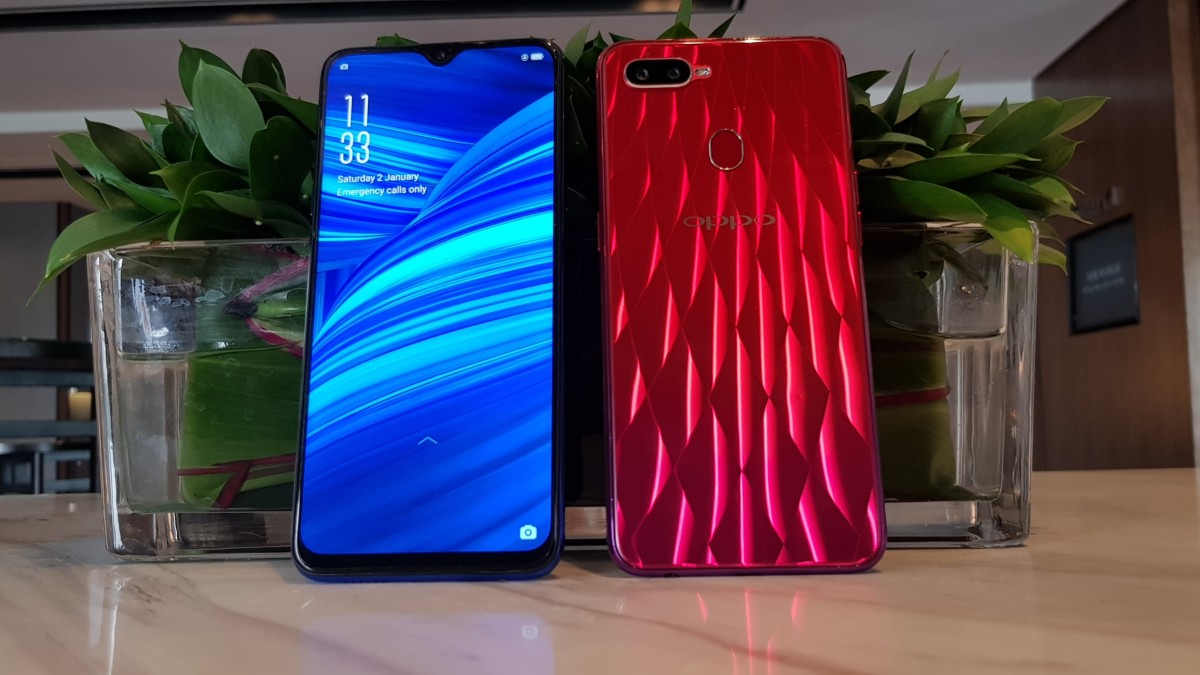 Rather than just colouring the backplate, the sides of the F9 also enjoy this gradient spraying finish as well to create a more unified look about. If you orient the phone at certain angles, you’ll also notice another interesting aspect to the finish – a subtle diamond-style grind that they’ve dubbed as a Petal Gradient which catches the light. All these features combined make the OPPO F9 very distinctive looking indeed, which is a plus in a smartphone market glutted with me-too designs and it looks surprisingly top-shelf indeed.

The right side comes with a power button while the left has a volume rocker as well as a rare triple card slot which allows you to simultaneously use two SIM cards along with a microSD card at the same time. The top of the F9 is unadorned while the base comes with a speaker grille, a 3.5mm audio jack and, quaintly enough a microUSB port for charging and data transfers. 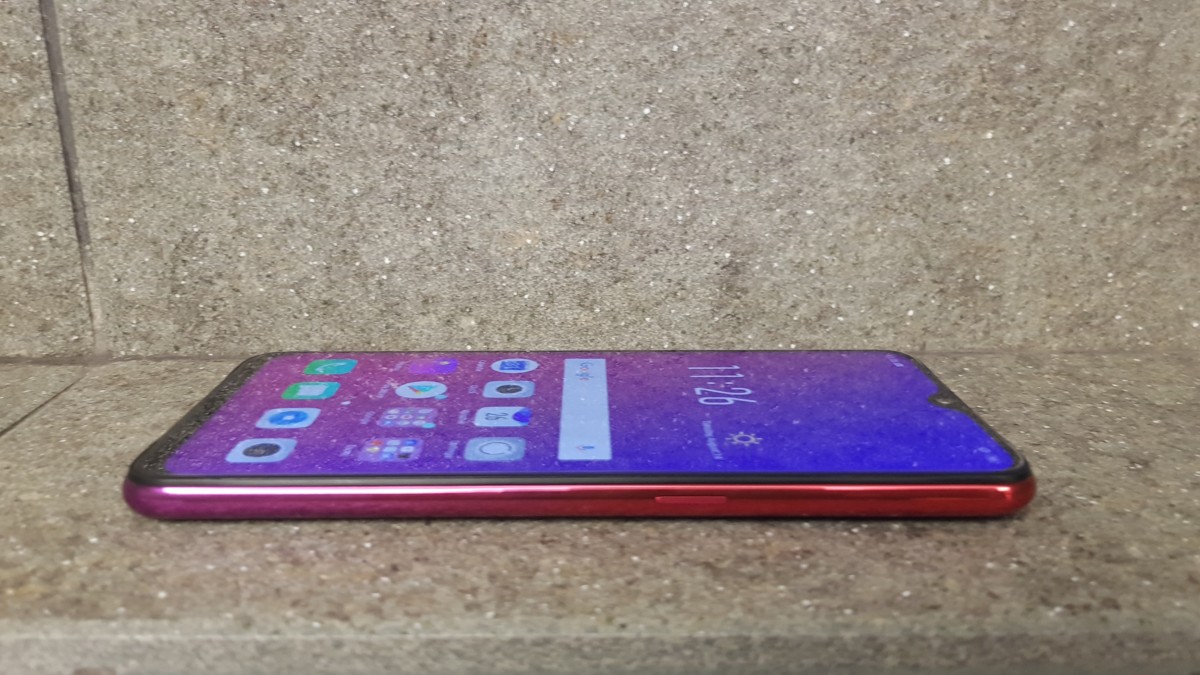 Up front, the OPPO F9 boasts of a 6.3-inch FHD+ LCD display with impressively slim bezels which measure in at 1.7mm on the sides along with a 90.8% screen-to-body ratio, one of the largest of its kind on a phone. The key to making it happen is its unique Waterdrop Screen notch; rather than just an angular chunk cut out from the display, the top has a gently curved dewdrop cutout instead which adds a smidgen more usable screen real estate. This is sheathed in 2.5D glass which further adds to the premium look of the phone. As a nice touch, they’ve even added in a pre-applied screen protector onto the display out of the box.

The rest of the hardware on offer out of the box include a soft PVU casing, a pair of decent earbuds and, of particular note, a VOOC Flash charge compatible three pin charger and the accompanying proprietary charging cable. You need both of these to take advantage of the OPPO F9’s VOOC Flash charge so you’ll need to tote them around with you on your person; word – don’t lose them. 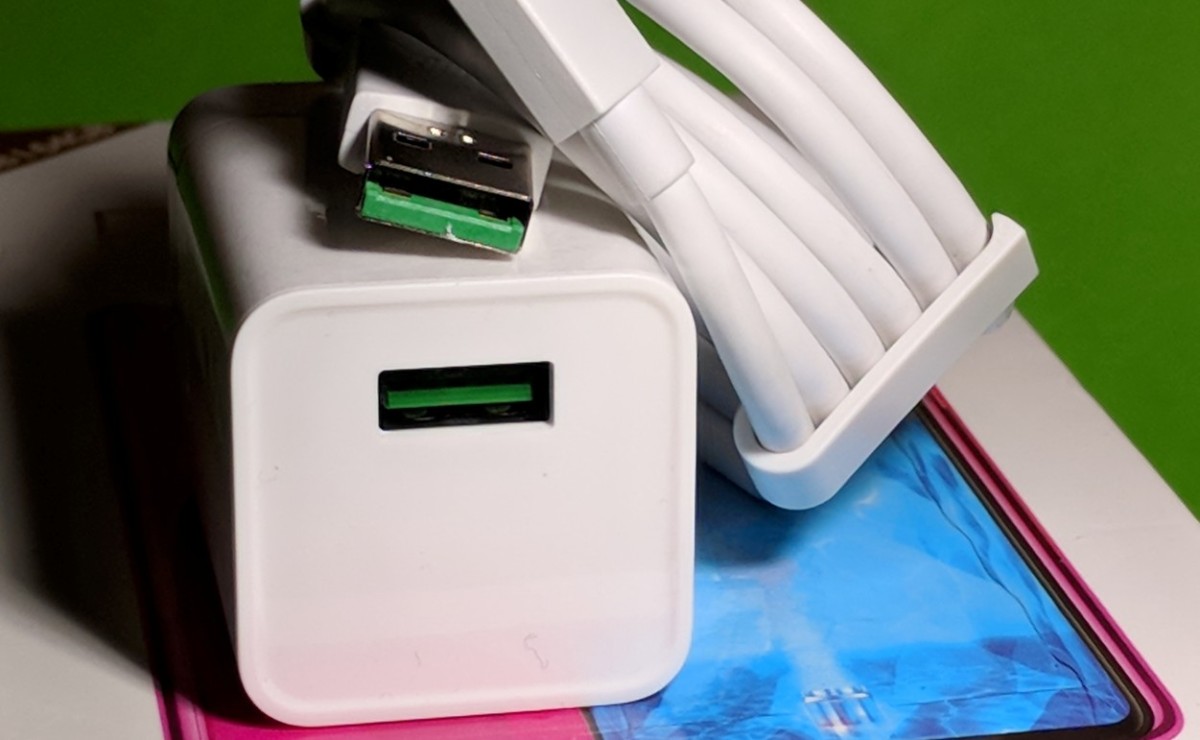 The OPPO F9 looks top-shelf indeed though its hardware is an eclectic mix of flagship and midrange specifications. The phone runs Android Oreo 8.1 along with their new ColorOS v5.2 on a MediaTek Helio P60 2GHz octacore processor, has a generous 6GB RAM and 64GB of expandable storage up to 256GB.

One of the more notable refinements to OPPO’s recent range of phones is their user interface overlay on Android Oreo 8.1 dubbed ColorOS 5.2. There’s a lot less bloatware than its previous incarnation and it notably allows for the use of Google Lens with the rear cameras, allowing for you to get basic facts of the landmark or item at a glance; assuming you have data that is. There’s even a Game Center which optimises resources when you are gaming for smoother results onscreen while restricting background app use and incoming calls.

More immediately practical refinements include the integration of two and three fingers gestures for easier access to two apps simultaneously. Rather than having to go through a bunch of menus, all you have to do is to place all three fingers and slide it up to access a second app onscreen. Another interesting benefit with ColorOS 5.2 is that it also has a rudimentary image and movie editor with a bunch of additional filters which should please more creative users out to give their snaps a little extra zing over the usuals prevalent on Instagram and the like.

In 3D Mark Sling Shot Extreme OpenGL ES 3.1 test, it scored somewhere on the lower end with 1081 points and in Sling Shot Extreme Vulkan it got a score of 939. In general, it’s a fair performer and its generous amount of RAM gives it some leeway in tackling demanding tasks especially if compared against competing equivalents with Snapdragon 600-series processors that pack lesser amounts of RAM.

Under actual field conditions, the OPPO F9 was a fair performer and ColorOS 5.2 worked in a pleasingly swift fashion though there is a bit of a learning curve  if you’re hopping over from another brand or from stock Android as OPPO renames a few things differently. Apps, browser windows, movies and the like ran in a very satisfactory fashion and most games ran without issue though they’re usually capped at medium settings such as the currently popular PUBG.

The ‘Water Drop’-notched display is a novel feature that adds in more screen real estate and it’s one of the largest in its price range with a 19.5:9 aspect ratio and a very respectable 409ppi. Colours are punchy and details are pretty good, with pleasant legibility even under sunlight. Text is pin-sharp and movies are also rendered due justice. The sole mono speaker at the base is serviceable and is enough for listening to the odd streamed video or two. For its price range, the OPPO F9 is a very capable performer with few quibbles. 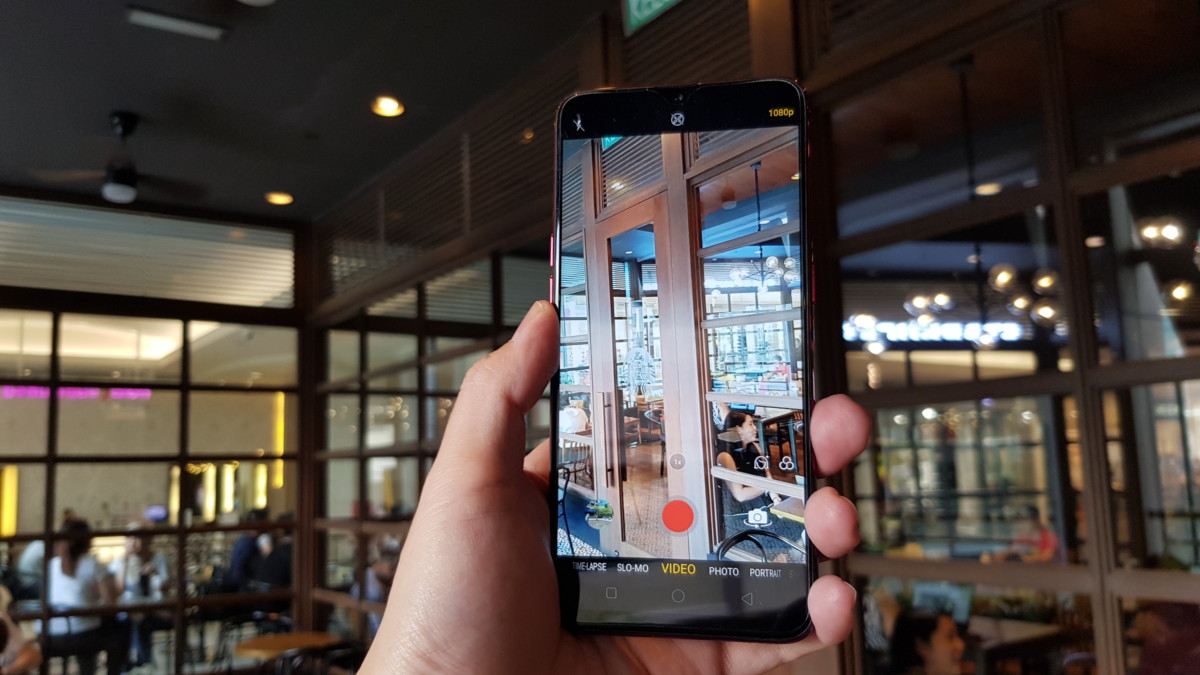 The rear camera is a dual camera array with a primary 16-MP f/1.8 snapper with autofocus and a secondary 2-MP camera for depth data. The array lacks optical image stabilisation though it does have phase detection autofocus (PDAF). Videocapture is capped at 1080P with a 720P option available.

The camera interface offers a couple of unique features, chief among them is a Vivid mode that increases colour saturation by several notches. Results vary but you’ll get the best outcomes with already brightly colour objects like flowers and the like though it occasionally dials it to an unrealistic looking maximum. The UI also lets you toggle HDR mode on or off and there’s even an Expert mode on offer.

In keeping with its emphasis on AI, the OPPO F9’s camera also has AI-boost scene recognition baked in. The AI is also used for portrait mode where you you can take more interesting looking portraits with your choice of natural Light, Film Light, Monotone, Rim Light and a weird Bi-Colour Light that alternately lights up a subject in blue and red. 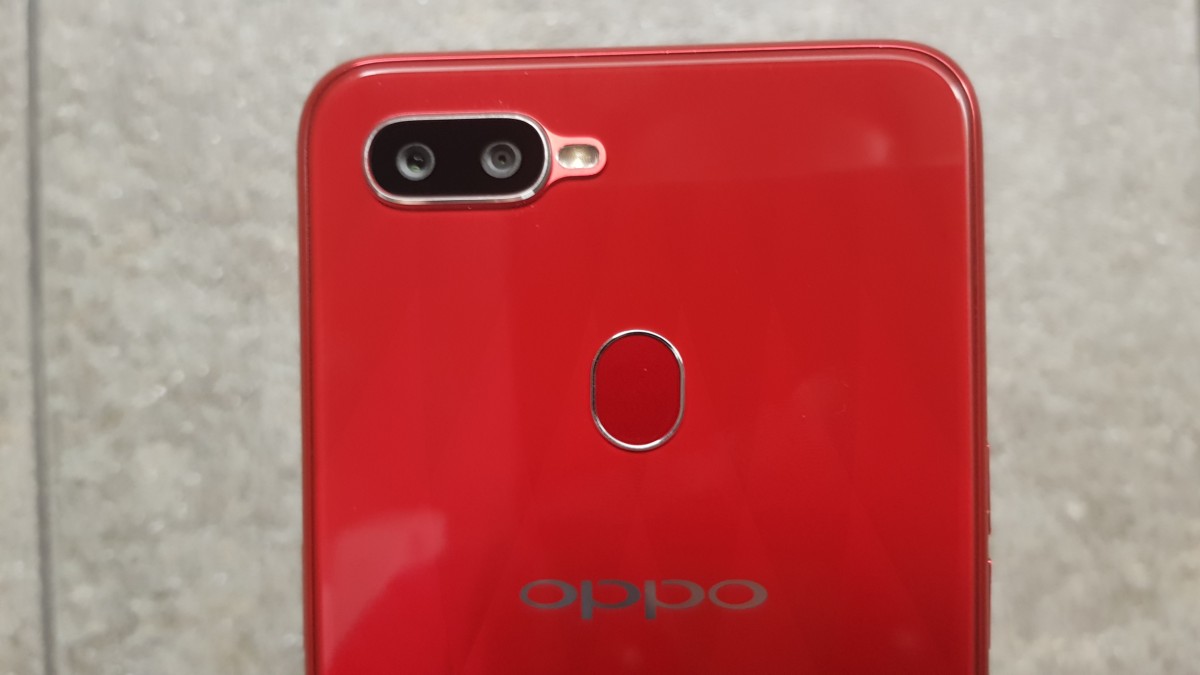 The front selfie camera also has a toggleable HDR mode, a Vivid mode, the ability to create a synthetic depth effect and, in keeping with its emphasis as a selfie phone, an AI-enabled beautification mode that can correct your mug based on gender with selectable intensity ranging from none all the way to a flawless looking, blemish-free 6. Unfortunately, videos are middling at best with average detail and fair colour accuracy. 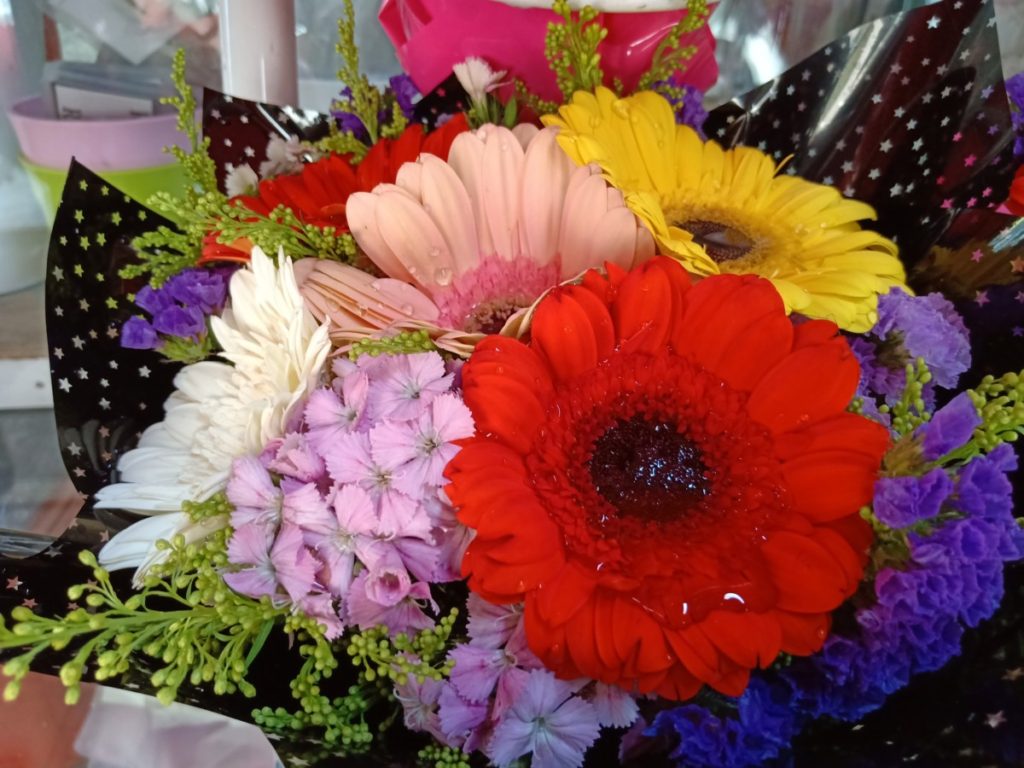 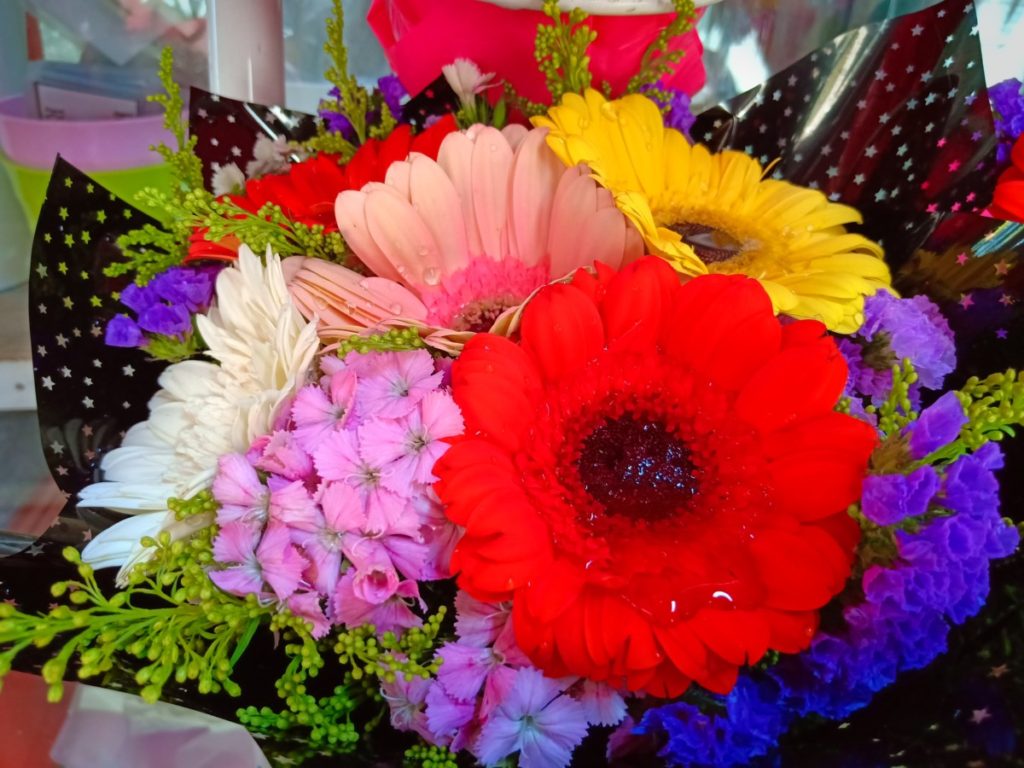 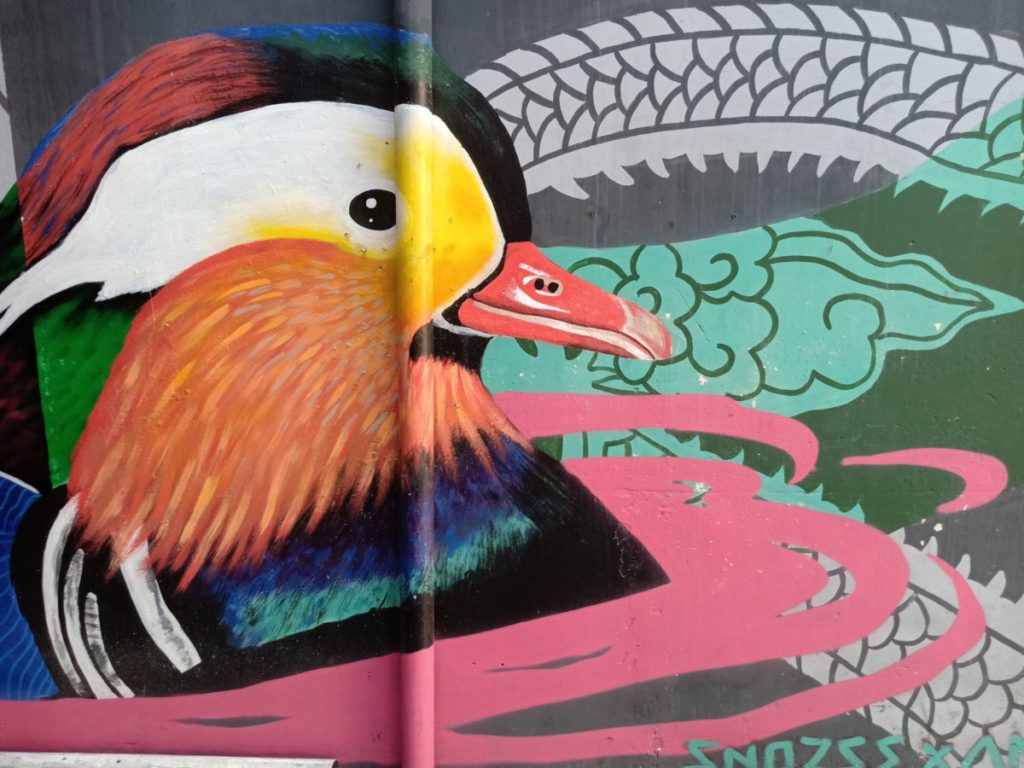 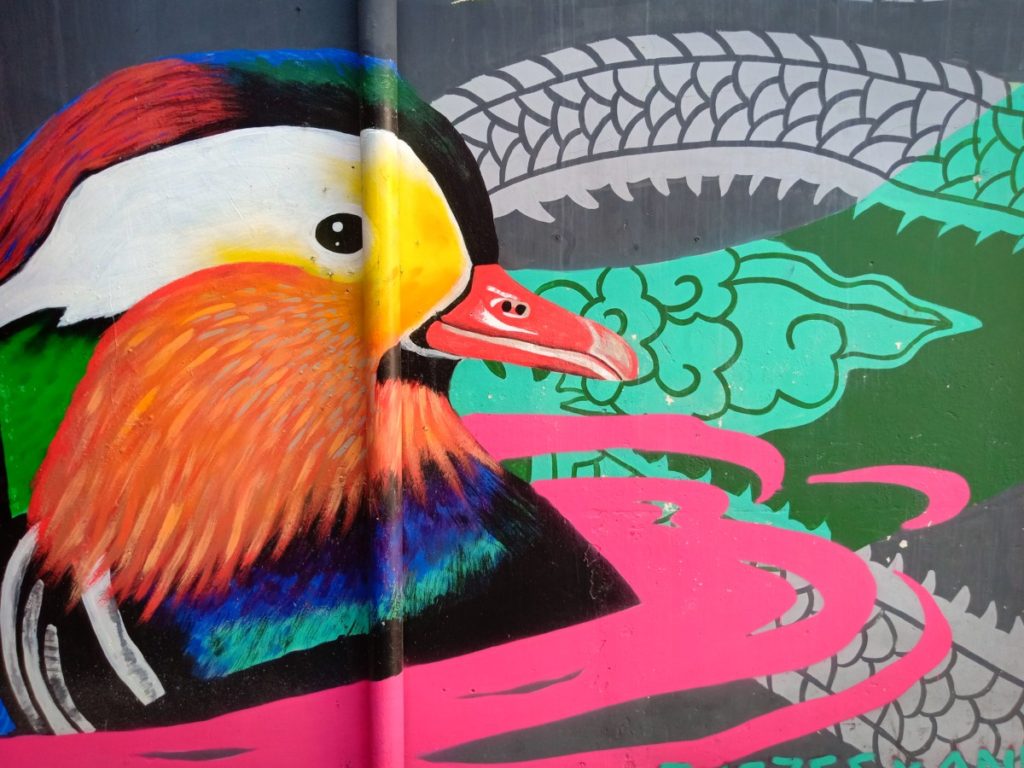 Shots from the rear camera in general are good if you have a tripod or a steady hand though impromptu snaps are pleasing under brightly light conditions while the HDR mode helps salvage high contrast shots. With some patience, the bright f/1.8 aperture does let you capture some decent low light shots as well though details tend to get smooshed. 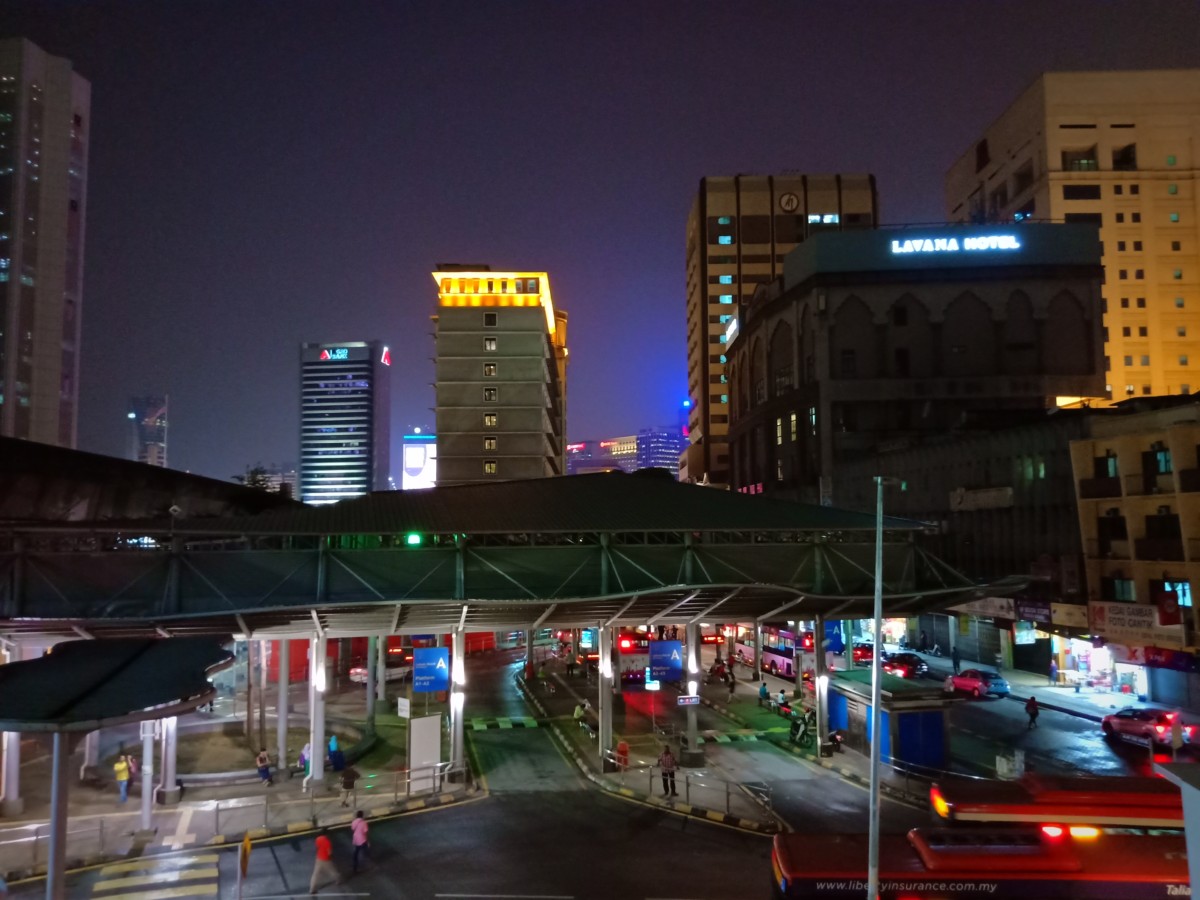 The front selfie camera and its AI-boosted beautification is, surprisingly enough, pretty good with pretty accurate rendition of skin tones and good detail. Its gender specific beautification mode is of significant value for the more narcissistic lot of you out there as its enhancements especially for men are pretty darned good. The portrait lighting modes are of varying utility but are welcome options nonetheless and the bokeh mode. 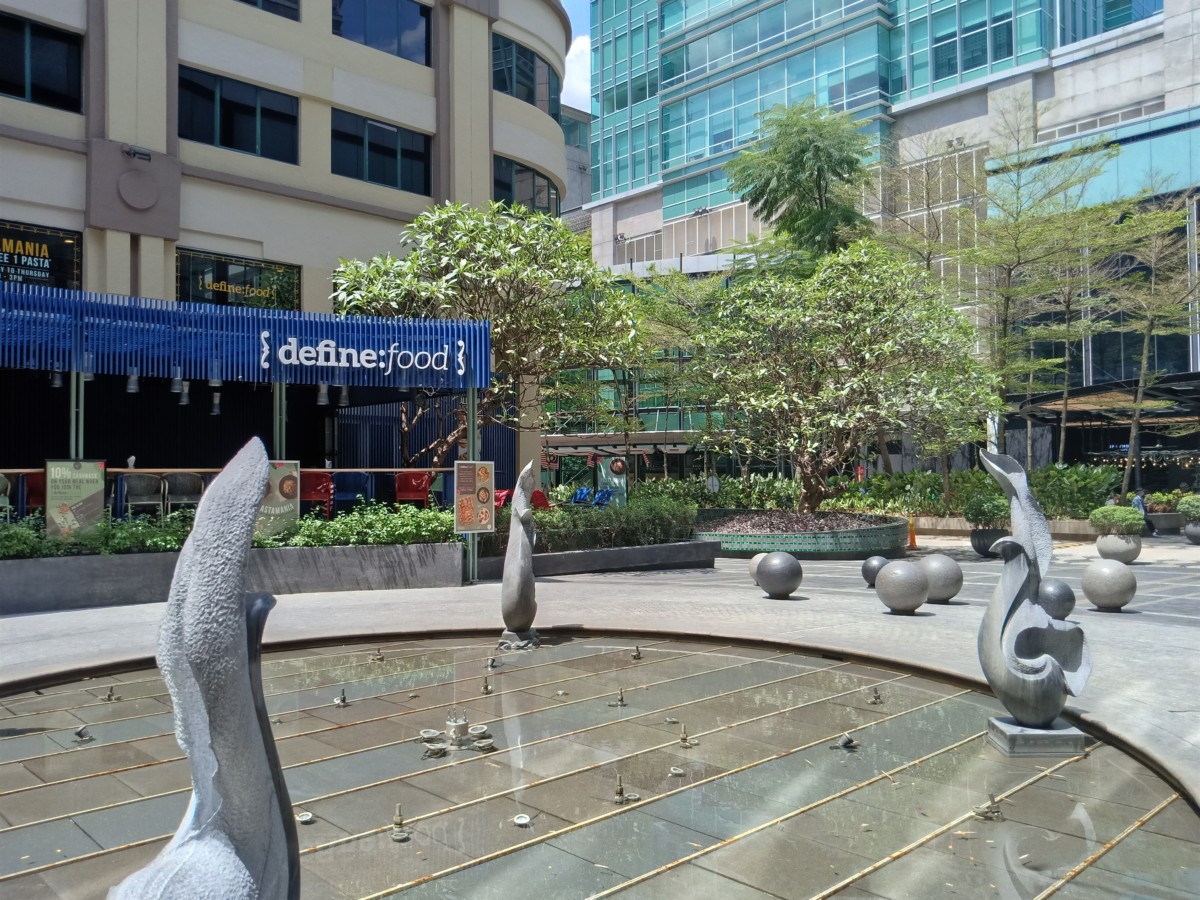 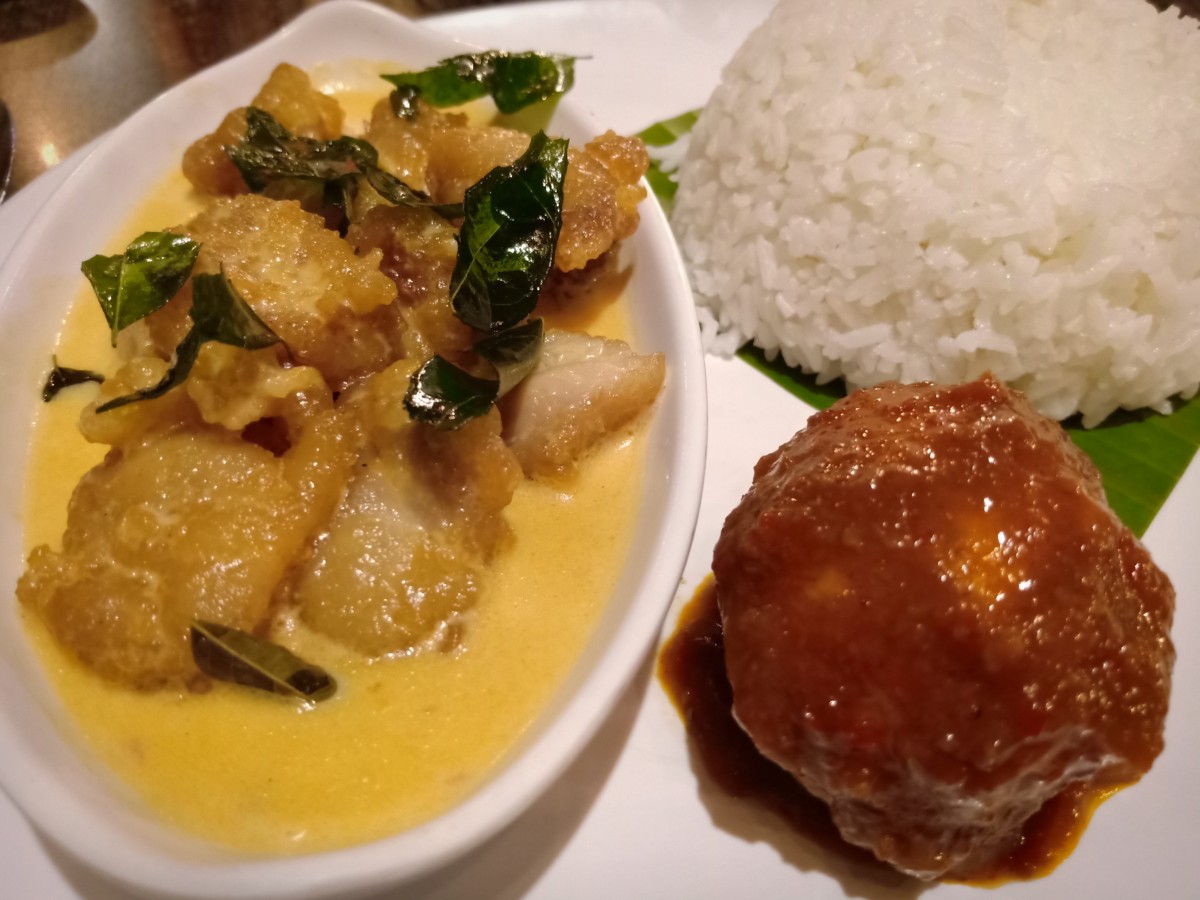 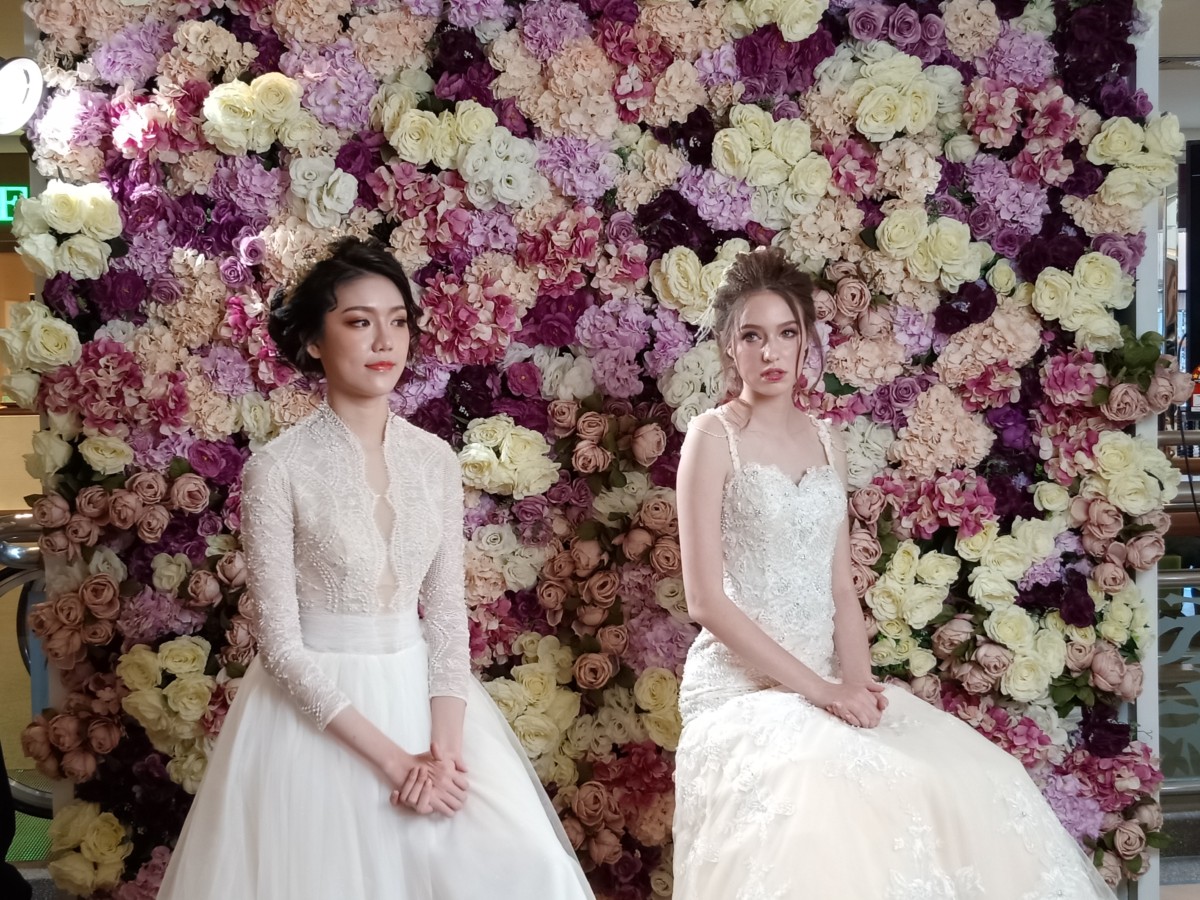 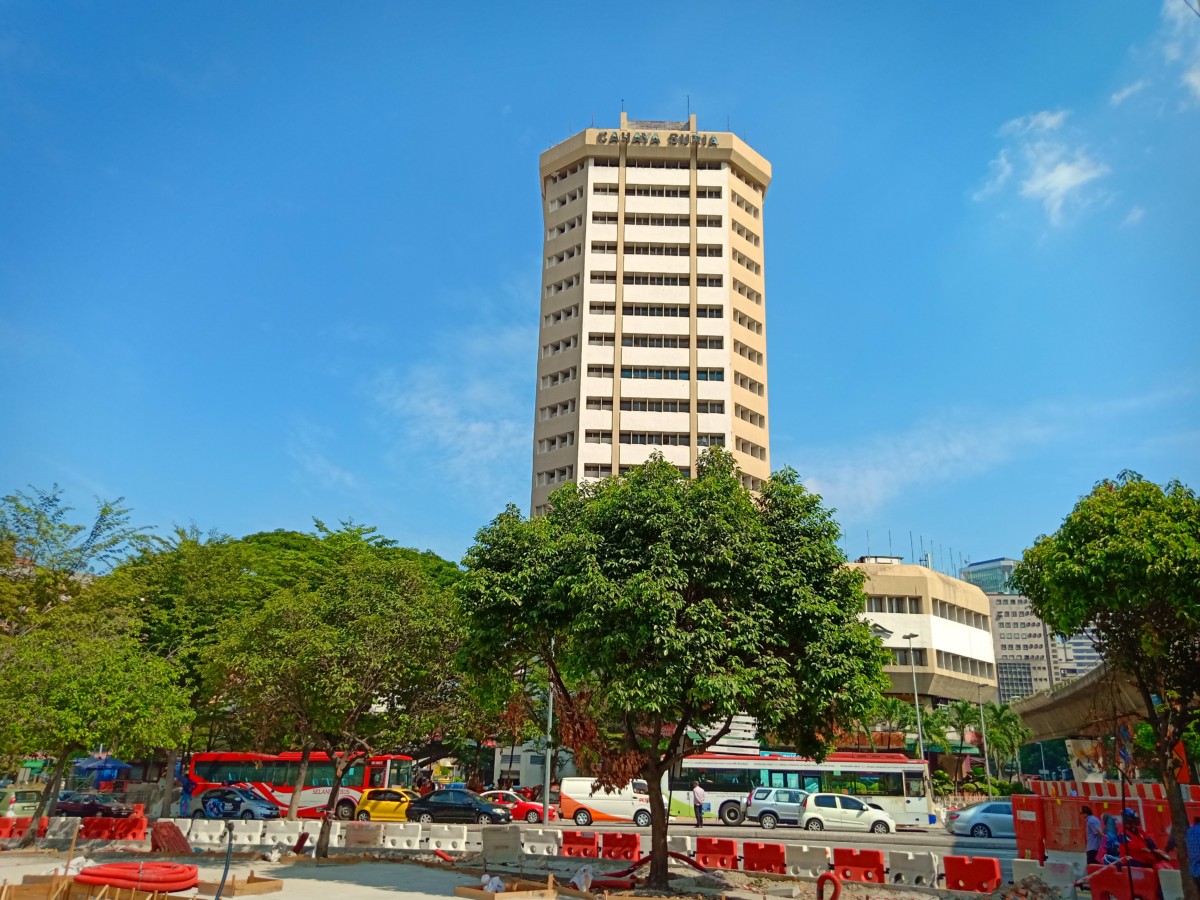 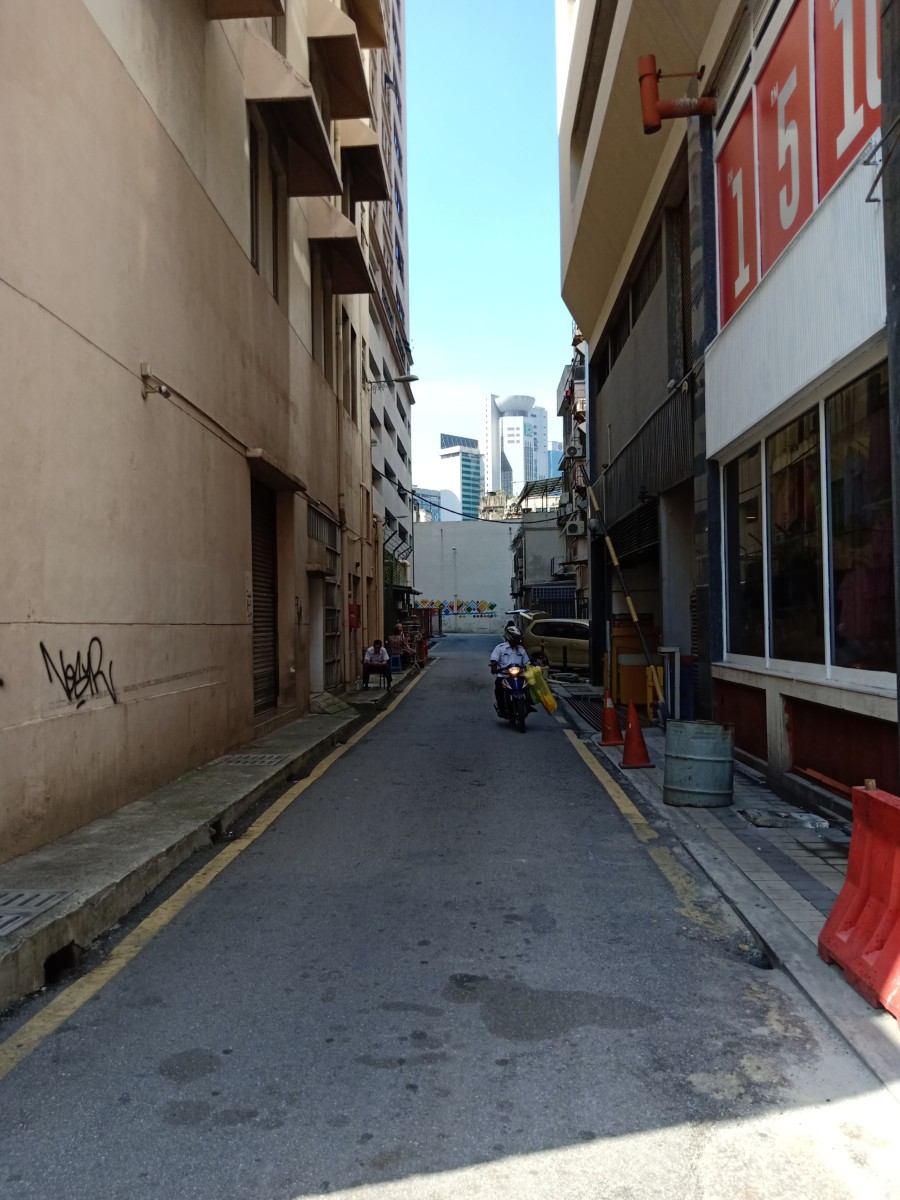 The OPPO F9 sports a 3,500mAh battery and has their VOOC Flash Charging tech that works specifically with the bundled 20W charger and proprietary cable, both of which are indicated by green tips on the USB ports. With a modest workload that involved light gaming, data on throughout the day along with constant use of social media, emails and a few videos, the F9 was easily able to last most of the day though it needs a top-up come early evening.

Fortunately, their VOOC Flash Charge works as advertised and can rapidly recharge the battery from dead zero in a jiffy. In our test with the provided VOOC Flash Charge compatible charger and cable,  it managed about 58% in about 30 minutes, which is quite nippy by every measure of the word. 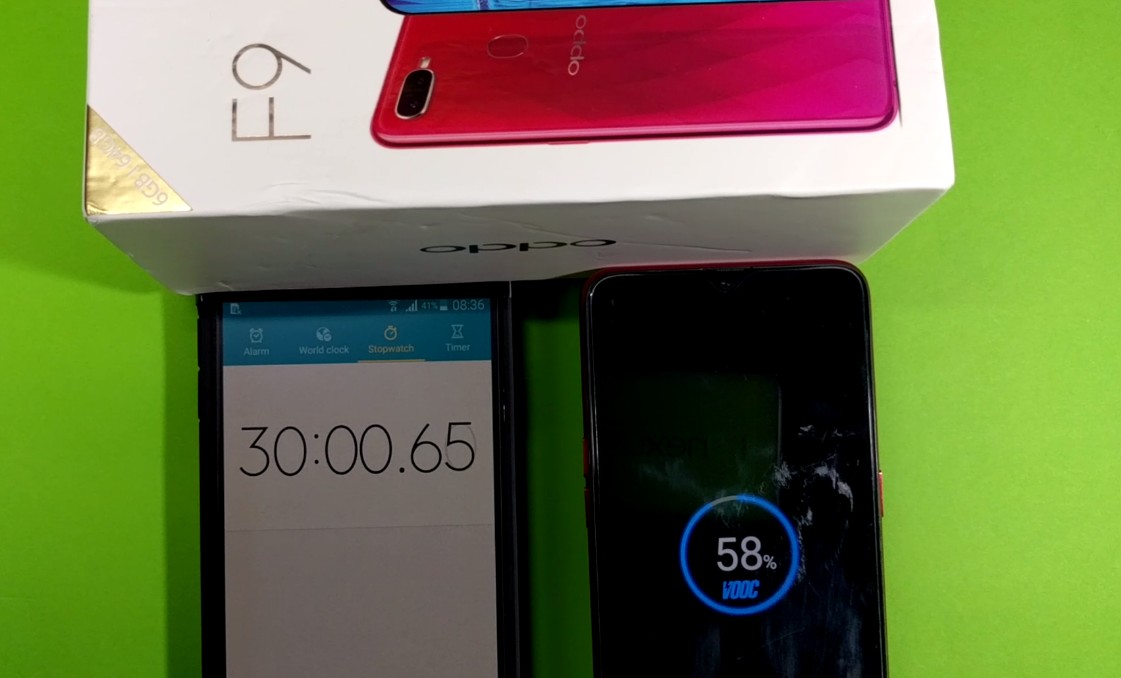 As it stands, the OPPO F9 isn’t the cheapest midrange phone out there nor is it the most powerful though it’s an able performer with a large, vibrant display that has decent pixel crunching punch under the hood along with a good front selfie camera.

What works in its favour is that it’s aesthetically unique finish and distinctive front Waterdrop notched display, both of which are unique conversation starters. If you’re in the market for a good looking phone with a large display, distinctive design and exceptional fast charging capabilities, the OPPO F9 is well worth a gander. 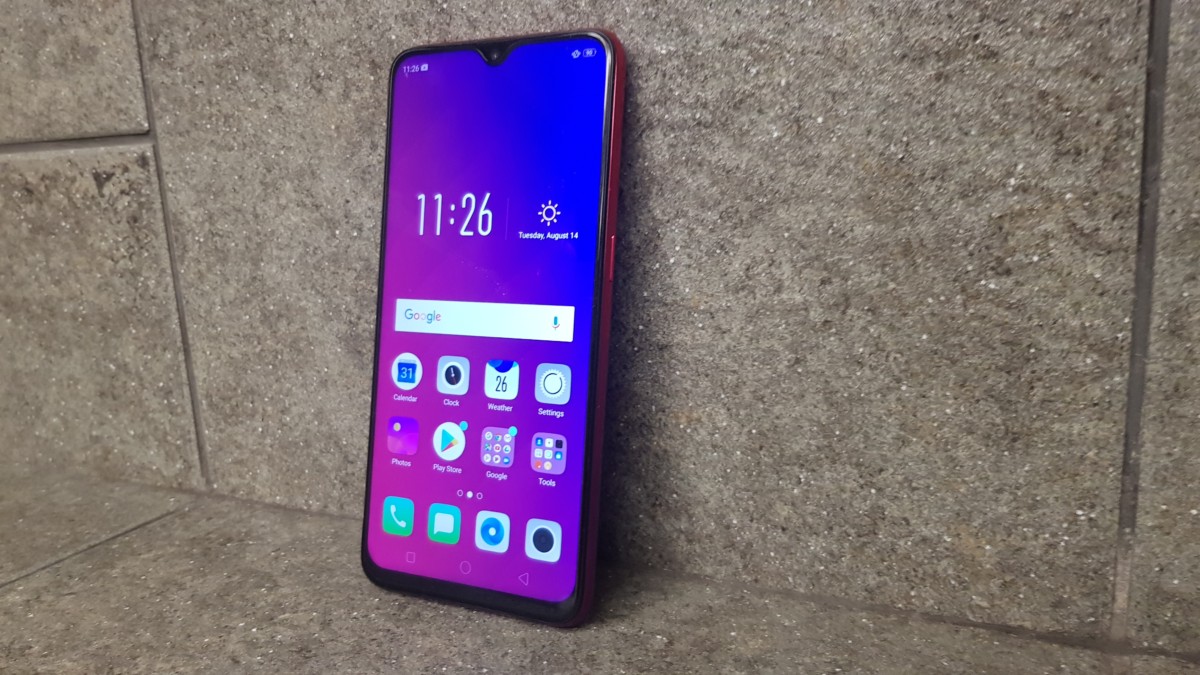 What we Liked Speedy VOOC flash charge, pretty good front selfies, large and vibrant display, unique Petal Gradient finish is quite a head-turner
What we Didn’t Middling rear camera, finish is rather prone to scratches
We Say A distinctive looking midrange phone with a large display, OPPO’s unique VOOC Flash Charge tech and fair performance though you’re paying a premium for its good looks.