The Nokia 3310 is an affordable, charmingly quaint reimagining of the original refined for modern times while retaining its predecessor’s legendary durability and battery life that works best as a backup phone.

There are few phones that are as resilient or as common as the original 3310. It not only had absurdly good battery life but it was also nigh on indestructible short of immersion in boiling lava and even then it’s still up for a wager. If you’re stuck in the boondocks with nary a plug point to the mains in sight, it was one of the few devices that can save your bacon. It’s a lofty goal to top that kind of reputation and one that Nokia’s new 2017 incarnation of the 3310 achieves in a modest fashion.

When placed next to its 17-year plus old ancestor, the new 3310 is not only slimmer and lighter but has several marked improvements too; no surprise seeing the advancements in tech since its predecessor first rolled off the production line aeons ago in 2000. 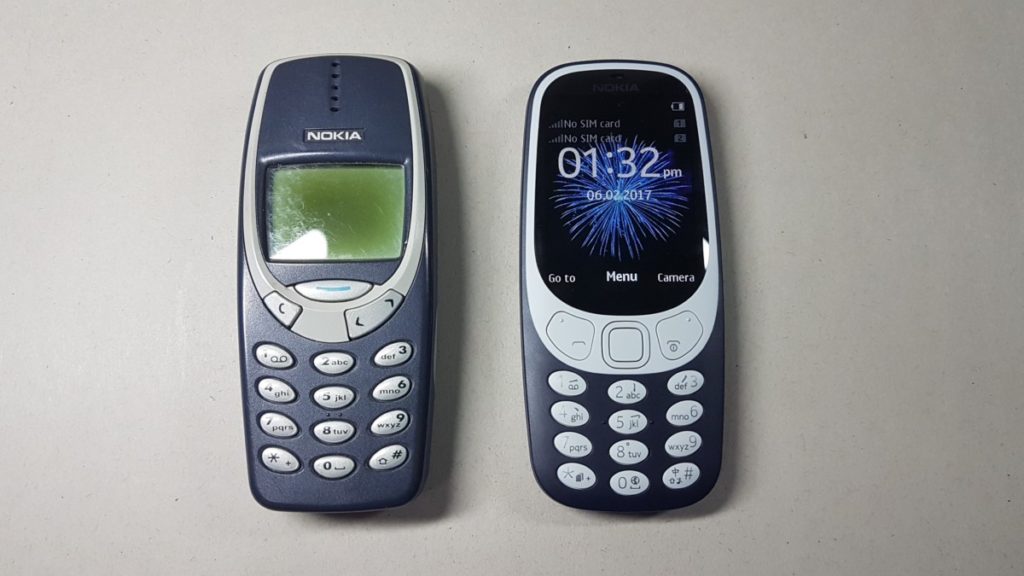 For starters, the screen has been bumped up from a plain old and tiny monochrome display to a proper 2.4-inch colour display. The T9 keypad is there and is fortunately still backlit along with physical buttons to take and cancel calls as well as a basic D-pad to get about some of the menus. 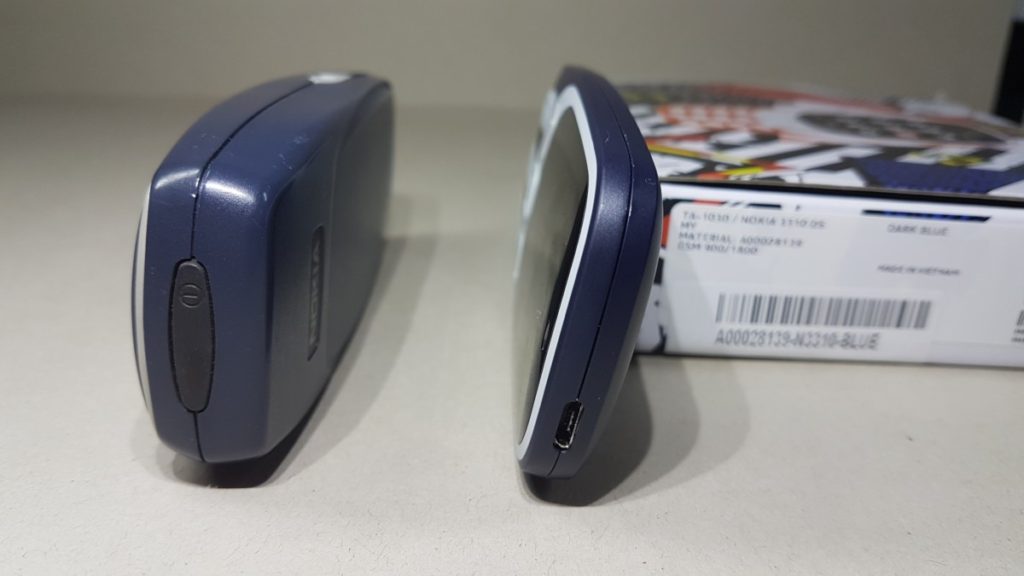 Another pleasant upgrade to fit with the times is the inclusion of a microUSB port to charge the phone versus the original 3310’s proprietary charging port. This juices up the 1,200mAh battery that has a purported standby time of close to a month and about a week’s worth of usage or 22 hours of talk time which is impressive seeing the endurance of present day smartphones. 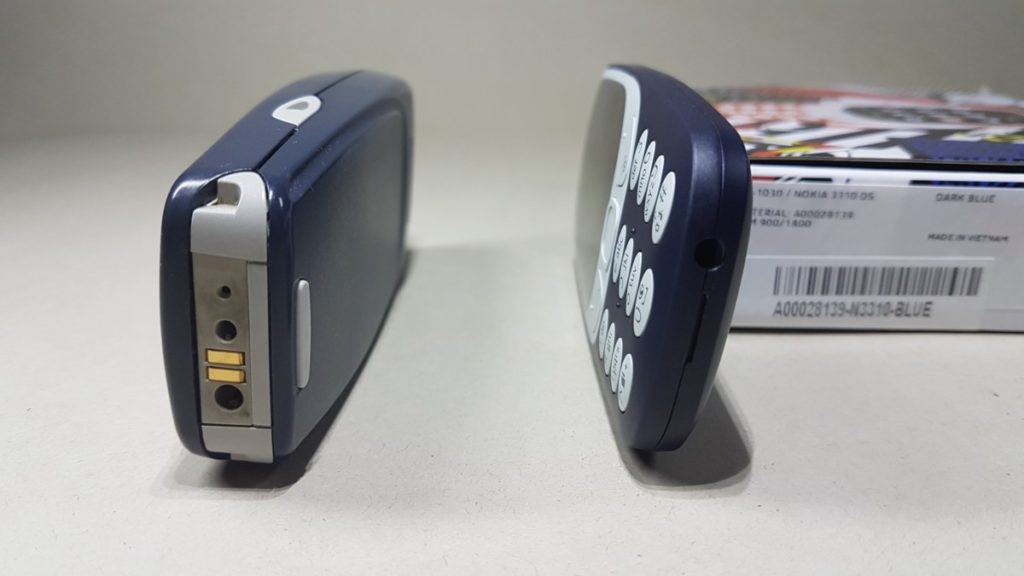 The base of the phone sports a 3.5mm audio jack for using the bundled headphones which double up as an FM radio antenna on top of listening to any loaded tunes you have though you won’t be able to manage much seeing as the built-in memory is a miniscule 16MB – that’s Megabytes, mind so that barely covers four tunes if at all or nine shots off the built-in rear camera. Fortunately, the new 3310 has space for two SIM cards that you can swap between at will as well as a dedicated microSD card slot that supports cards up to 32GB in size, allowing for a lot more storage. 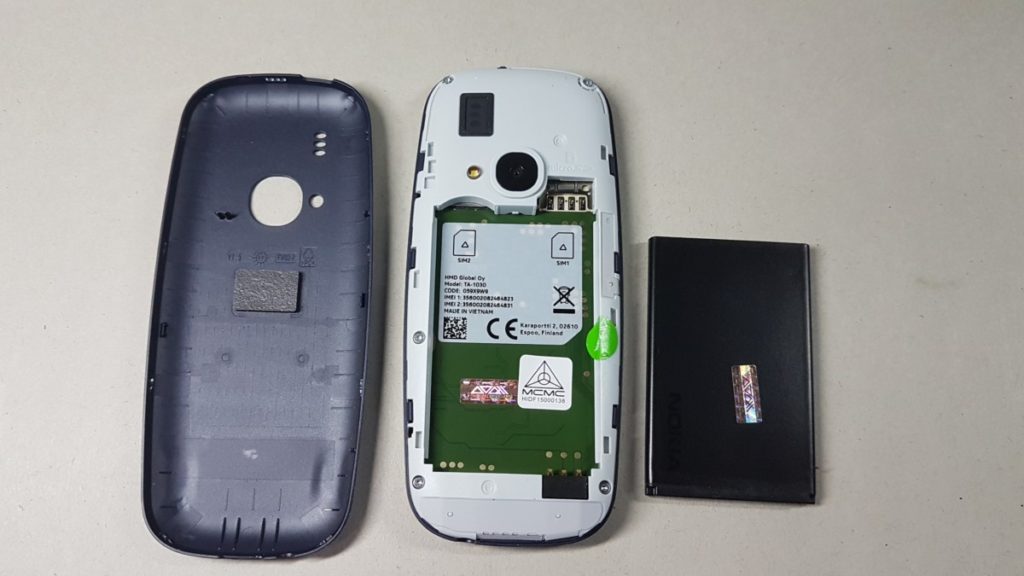 The rear comes with a removable backplate along with the pleasant addition of a 2-MP camera that can take VGA video; its sire didn’t even come with a camera. It even comes with a tiny LED flash that can double as a torchlight in a pinch. Pop the backplate open and you’re able to load the aforementioned SIM and SD cards as well as the 1,200mAh battery. By modern standards, it’s tiny but seeing the modest hardware on the new 3310, it’s more than enough to offer sufficient endurance to last the better part of a week on a single charge

The new 3310 is surprisingly svelte and light with the sort of sturdiness that made its sire a byword in durability. It’s also small enough and compact enough to be something that you can bung into a backpack as an emergency reserve device in case things go south. Slipping it into a pocket is an easy task even alongside an existing phone and the polycarbonate casing feels very well built indeed without any creaking or bending even when held in a firm grip. The dark blue paint job is also akin to the original and repels fingerprints too though you can also opt for it in red, yellow or gray. 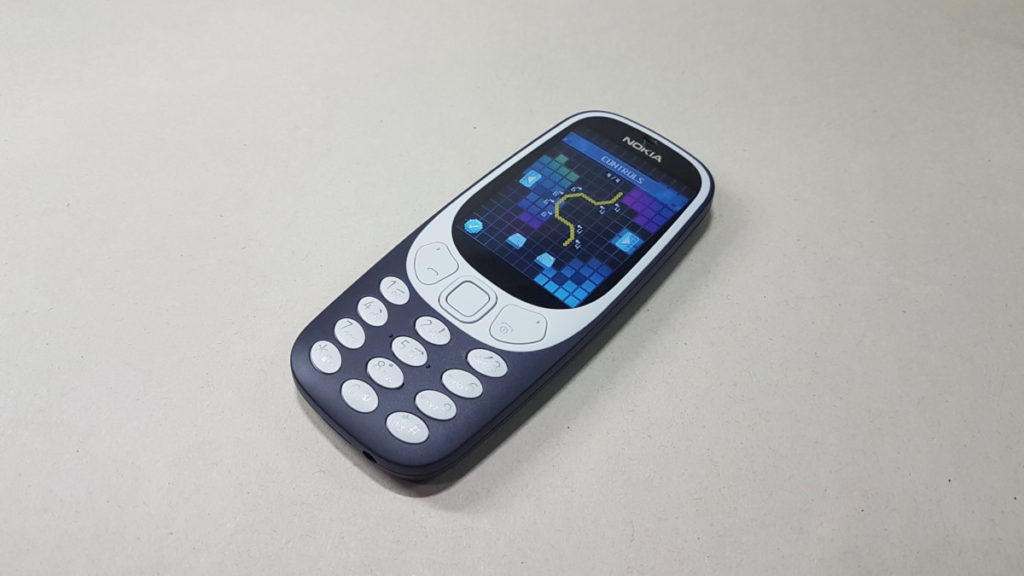 Getting it up and running is as easy as it gets. No surprise seeing as it lacks the niceties we’ve come to appreciate like Google or iTunes so there’s no way to populate the phone with any contacts bar those stored on your SIM card. Once you load up the battery, pop in your SIM and SDcard and you’re up and running. For someone who is used to swiping and drag-and-dropping apps and icons on a touchscreen, the new 3310 requires you to reacquaint yourself with skills that you thought were long lost with the anachronistic user interface that has you using the physical D-pad to get about a selection of basic onboard apps – a clock, calculator, a basic music player, an Opera browser, voice recorder, FM radio, calendar and the like. 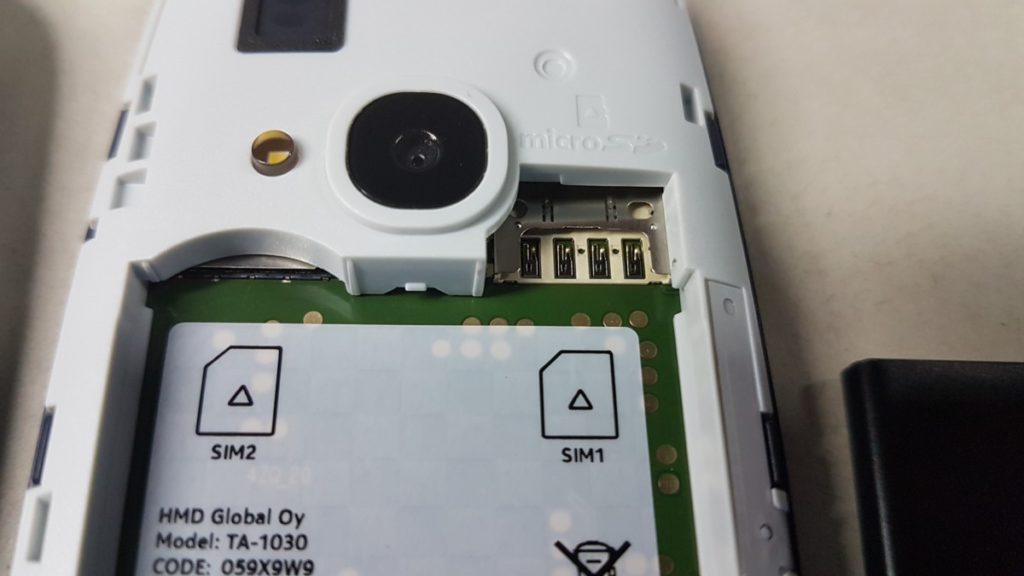 Interacting with the T9 keypad feels quaint but it does have advantages especially when muscle memory kicks in and you’re able to text without even having to look at the screen though your usual array of social messaging apps – Whatsapp, Facebook Messenger and the like are unavailable – it’s solely SMS here in snippets of 100 characters so it’s back to L33T speak to maximise the words you can cram into a single text.  That aside, the keypad is responsive, pleasantly tactile and does the job. Unlike the original 3310’s mono display, the new phone’s display is in colour and is a step up in sharpness though it falls short of even the lowest end Android phone. Still, it’s serviceable for texts and making calls. 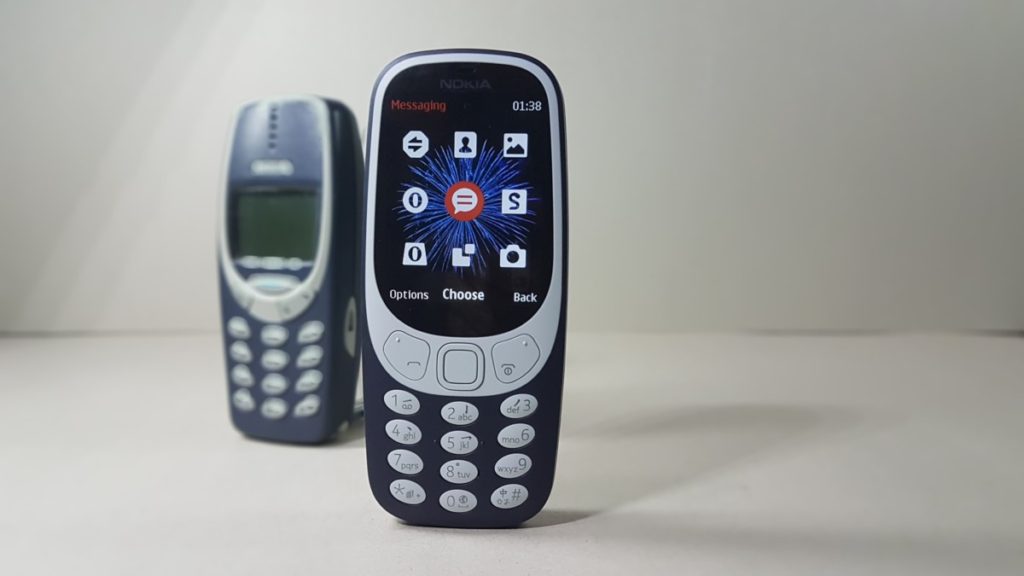 The new 3310 has 2.5G and Bluetooth though that’s the extent of its connectivity as it lacks Wi-Fi. The user interface revolves around a series of icons which access everything on the phone with an icon for the aforementioned music player, calculator and the like. Via 2.5G data, you’re able to browse the web via a customised Opera browser though the small display and the basic nature of the phone means that you’re going to be doing a lot of scrolling. You’re also able to, sort of, browse the web and get into your email via this method though it’s not the most user friendly way to get about but if needs must, it’s still usable in a pinch. Alas, one of the things given up with the times was the ringtone composer but you have over a dozen existing ones to choose from preloaded on the phone

Snake is the sole game on the phone and for some, the main reason for acquiring it with gussied up graphics and way more colours onscreen. The mechanics are similar – guide a snake to eat apples while managing its growing size – but adds in more levels and challenges and that’s pretty much it bar attempting to rack up a high score. It’s an interesting distraction for a few minutes when waiting for the commute. You can also purchase other games including Asphalt 6 and Diamond Twister via a mobile app store as well though alas, you’re not going to get Whatsapp, Spotify Twitter, Facebook Messenger or anything contemporary on the phone. Most of your messaging will mostly be via SMS on the 3310 and in places with bad data coverage or the unlikely event that you lack a data plan, that may not be such a bad thing.

The rear 2-MP camera is understandably poor in all but the best lit conditions though the built-in flash ameliorates this somewhat. Facebook worthy shots are a stretch on this and it’s likely best used to remind yourself where you parked the car. There’s no front camera either so it’s often a guessing game if you attempt to use the rear camera for selfies. 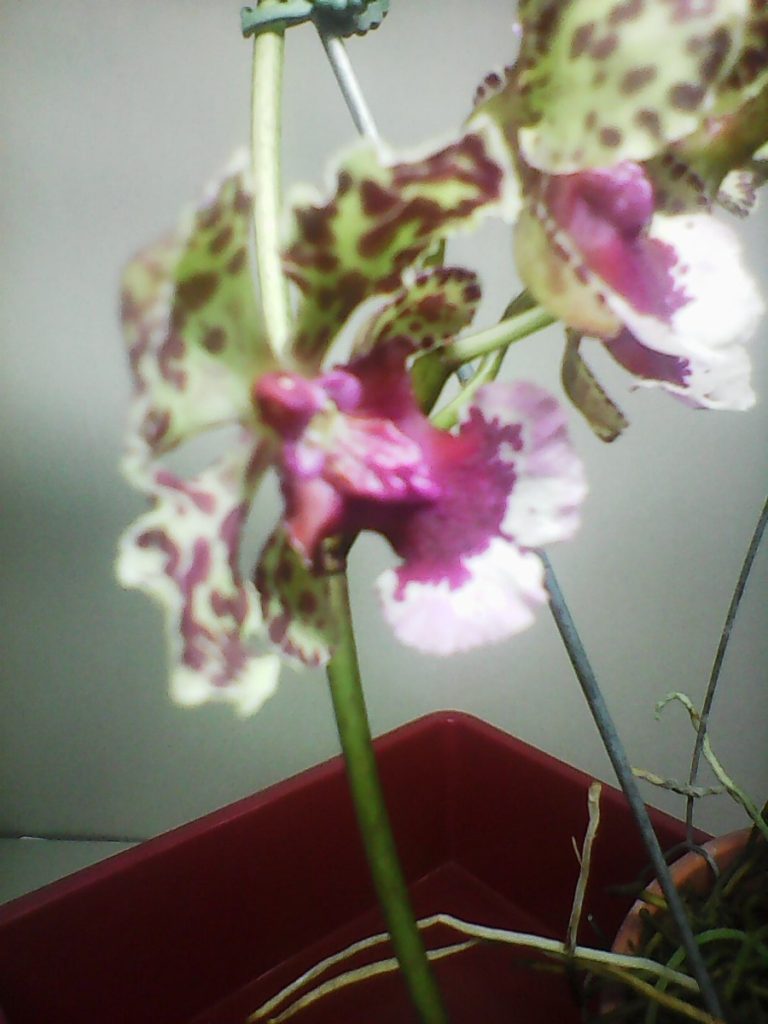 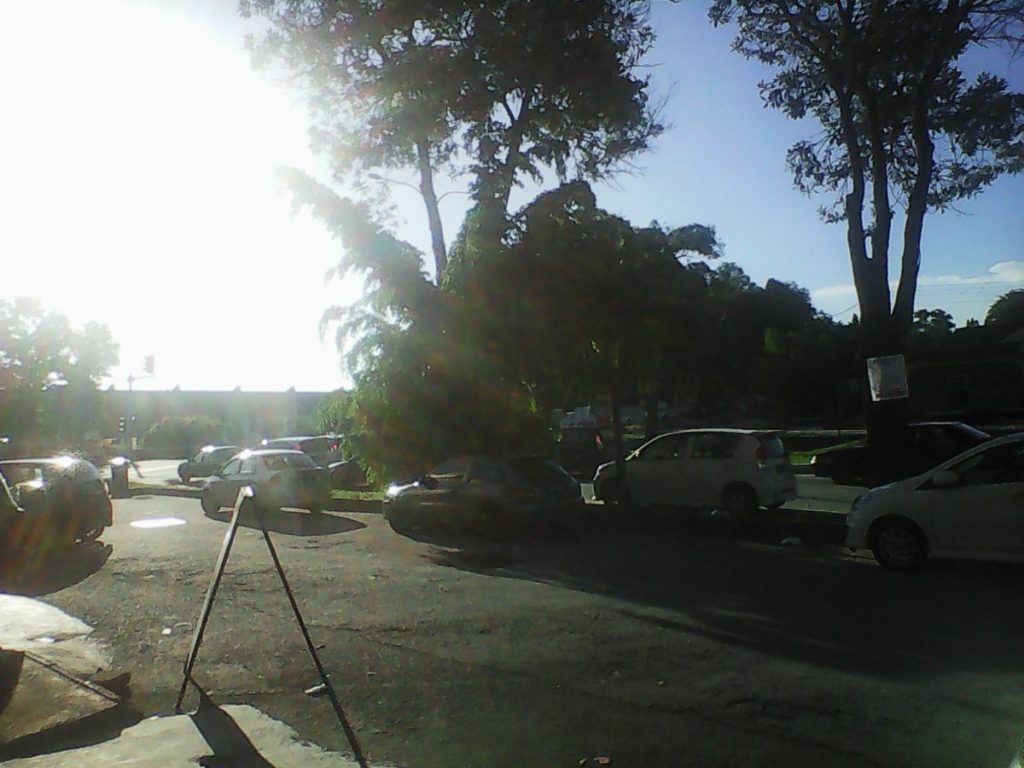 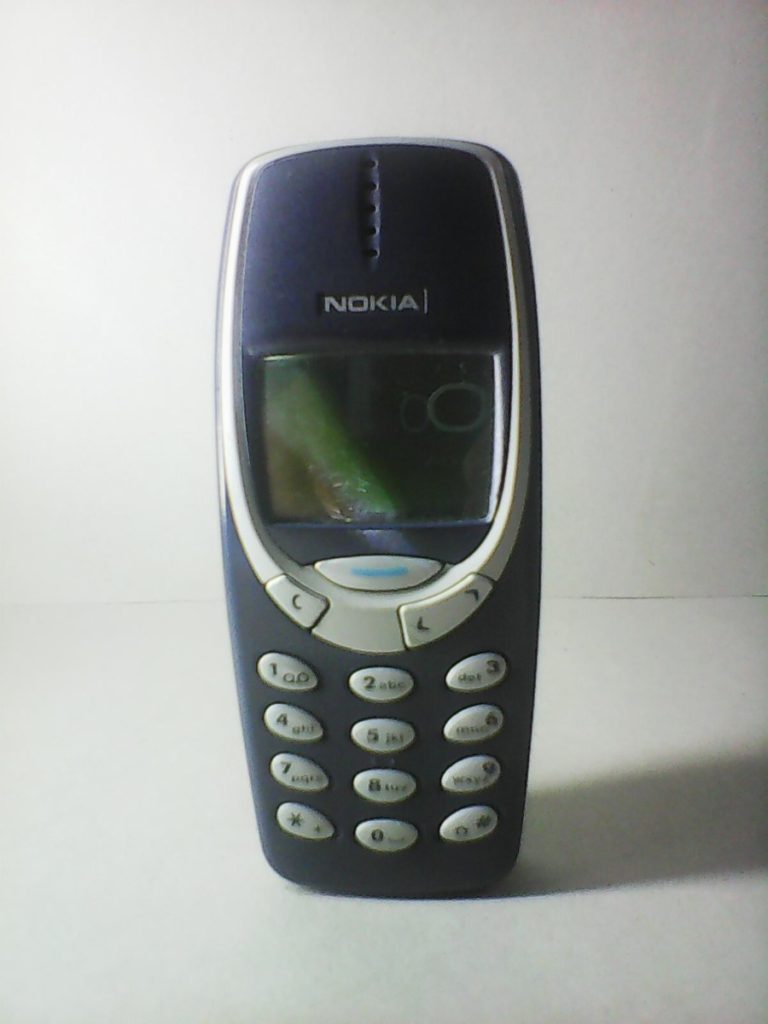 Battery Life, Price and Conclusion
In the course of usage over a week, the 3310 offered superb battery endurance with camera snaps, texts, calls, music and the occasional bout of Snake lasting the better part of five days. Web browsing was a chore on the small screen and limited speed of the phone. The dearth of apps with niceties like music streaming, video and social media messaging after being accustomed to a smartphone was something of an inconvenience as well. 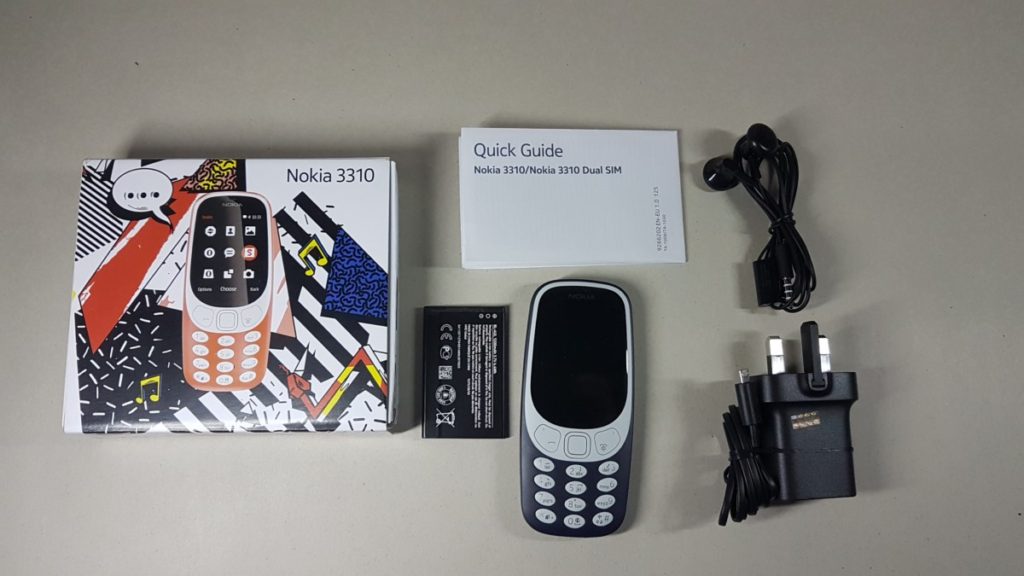 Fortunately, its durability was impressively up to the mark with an accidental drop from waist height to solid concrete yielding no damage at all. Music on the bundled headphones was serviceable though the thin cable means some care is needed in handling it with the built-in mono speaker offering serviceable audio quality.

By and large, the 3310 is a charming reimagining of the original that retains what made it an enduring icon – exceptional battery life and astounding durability, and adds a few modest refinements to it like data, a camera and a colour display. It is cheap enough that you can issue it out as a phone for kids or for moments when toting your primary phone is too risky. It won’t replace a smartphone but as feature phones go, the 3310 does the job nicely with a price tag that won’t have you weeping tears of despair if you lose it.

WHAT WE LIKED Amazing battery life, tough build quality, low price
WHAT WE DIDN’T No Wi-Fi nor 3G, not many apps
WE SAY The Nokia 3310 is an affordable, charmingly quaint reimagining of the original refined for modern times while retaining its predecessor’s legendary durability and battery life that works best as a backup phone.