Sturdily built with an innovative, semi-modular design, the Moto Z Play is an affordable entry point into the Moto Mod ecosystem. On its own the Moto Z Play is a serviceable sub RM1.8K phone with decent performance and great battery life but combined with its Moto Mods, it’s a potent camphone/portable pico projector/ghetto blaster.

While a host of phones in the last few years have attempted some form of modularity, few have managed to gain traction. Lenovo’s Moto Z and Moto Z Play however have devised a surprisingly elegant means of going about it. Rather than doing it Lego-style with a hodgepodge of snap-together blocks or having a series of slide-out components onto a central core, the Moto Z series of phones simply have you snapping additional modules dubbed Moto Mods onto the back via a series of cunningly hidden magnets and a series of interface pins. What makes it work is how simple the entire system is as it is literally plug-and-play: you snap it on and the mods start working immediately. 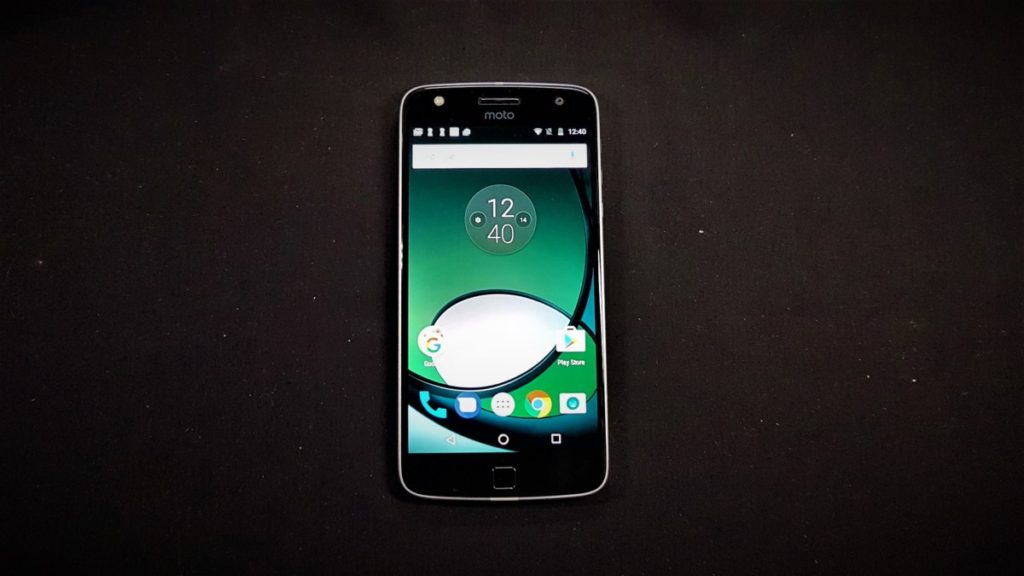 The Moto Z Play is the slightly more affordable sibling of the higher end Moto Z and trades in some of its more famous sibling’s svelteness for a larger battery and a 3.5mm audio jack as well as more modest hardware. Built to roughly the same dimensions, the Moto Z Play is slightly chunkier and heavier at 165g and 7mm thin versus the slimmer Moto Z’s impressive 5.2mm thinness and light 136g weight. 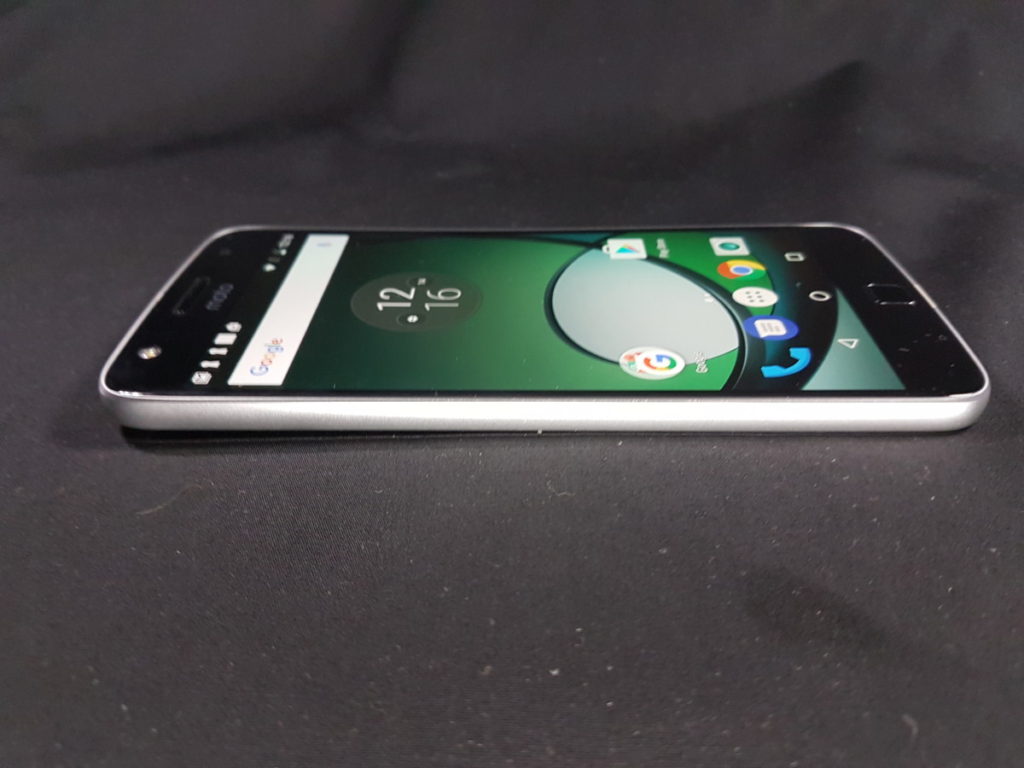 The left side of the phone is unadorned while the base of the phone has a 3.5mm audio jack and a USB Type C port. The right side comes with a volume rocker and a power button though the buttons are inordinately small compared to the rest of the phone. The top comes with a combo SIM card slot that lets you cram in two SIM cards and a microSD card too. 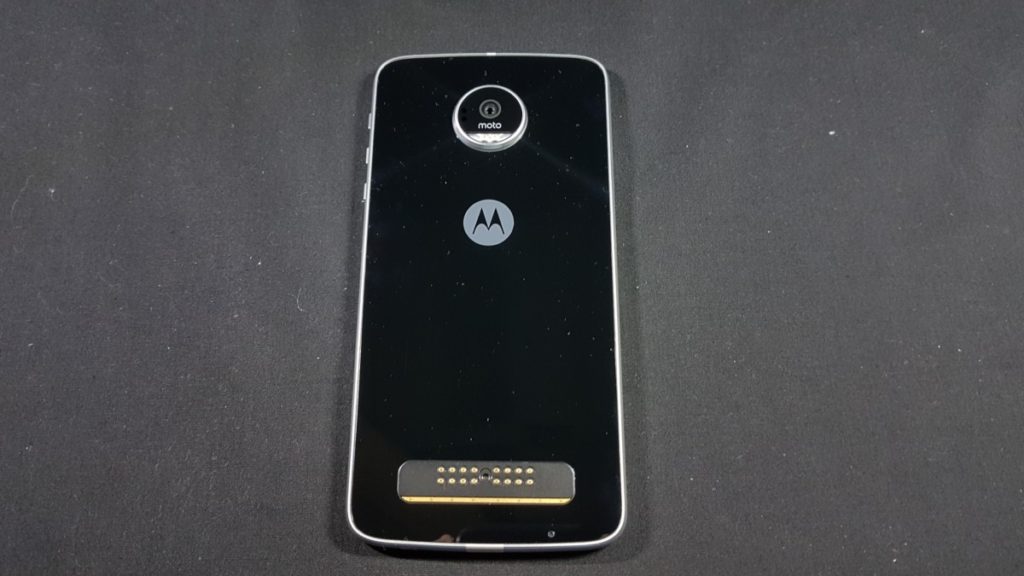 The back of the phone is a mirrored slab of glass with the Moto logo, a set of magnetic connector pins for Moto mods along with the rear 16-MP camera that juts out in a pronounced manner. 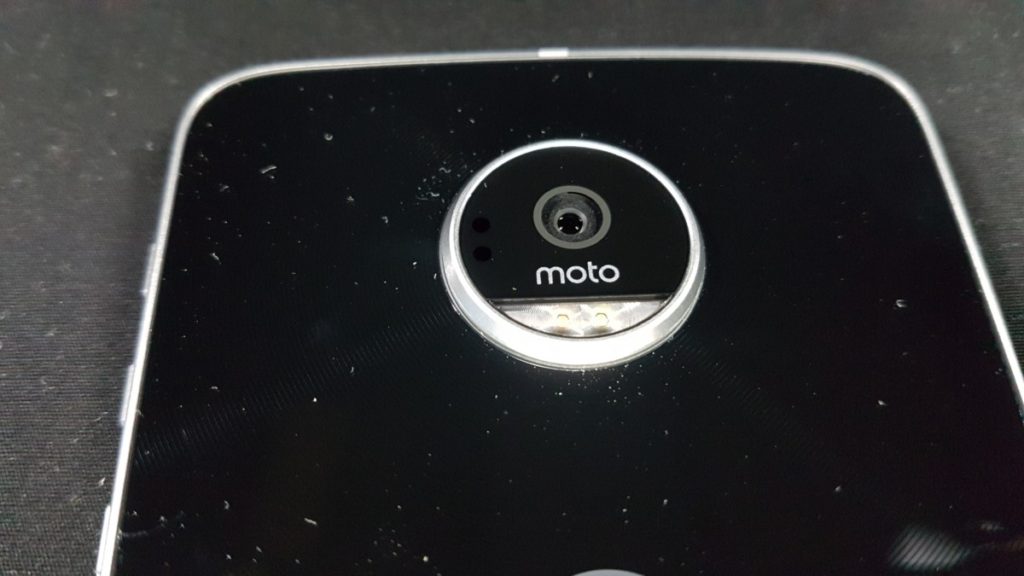 The raised design of the camera is deliberate to interface with the variety of Moto mods currently available. At the base of the phone are a series of interface pins that snap on and talk to any Moto Mods that require it like the Hasselblad True Zoom camera mod. 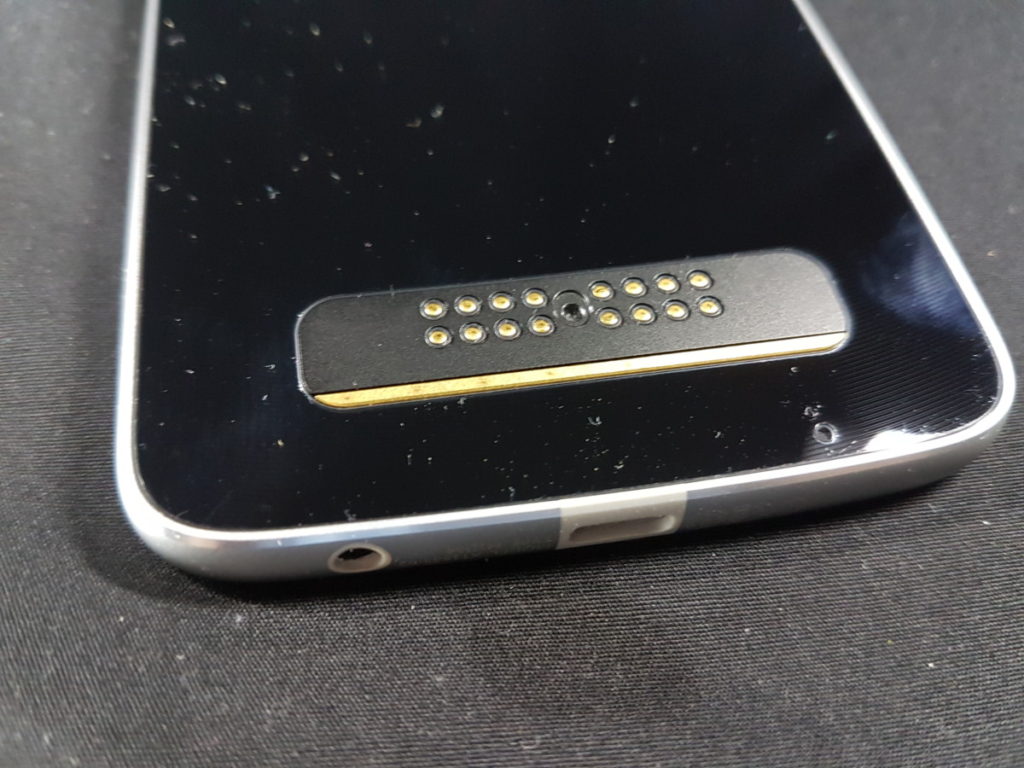 The front of the phone has a 5-MP selfie camera that also has the notable addition of a front facing LED flash along with a squarish fingerprint reader at the base of the phone. It’s purely for taking your fingerprints and doesn’t act as a home button, which is an ergonomic oddity. Taking pride of place is a 5.5-inch Super AMOLED display on the Moto Z Play though it’s downgraded to Full HD instead of the sharper 2,560 x 1,440 pixel resolution display on the slimmer and pricier Moto Z. 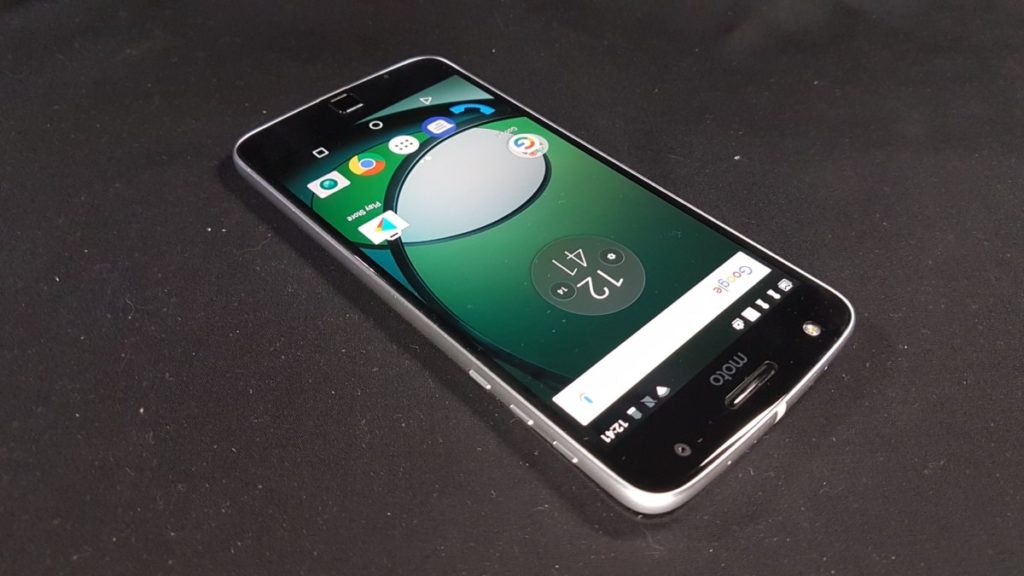 When held the Z Play feels sturdy and on its own, still feels pleasantly slim and grippable. This changes when you start tacking on additional Moto Mod accessories on the back which drastically adds to its thickness though you can add a non-functioning aesthetic vanity backplate that they’ve dubbed Style Shells to keep it slim. 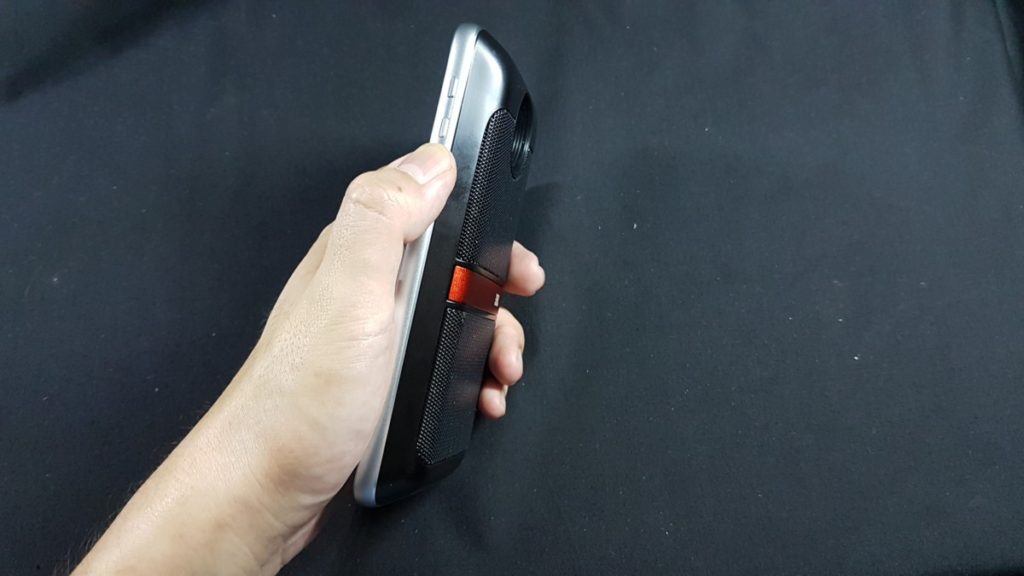 It’s not an option though as you’ll need to protect the vulnerable pins at the back with a Style Shell to ensure they don’t get damaged by accident. The bare mirrored finish of the Moto Z Play is also a fingerprint magnet though one that is exceptionally sturdy on account of the solid metal trim sandwiching the front and rear of the phone. 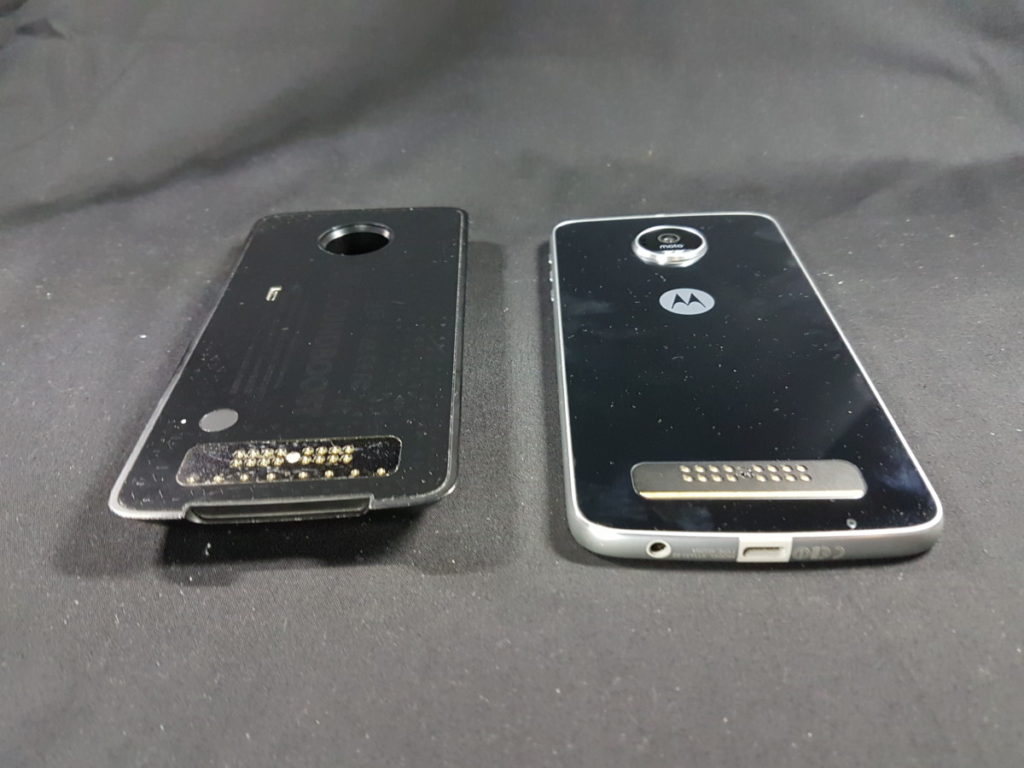