Wireless portable speakers aren’t exactly a new fangled thing in the world of tech.  A host of models in all shapes and sizes with varying degrees of power, battery life and performance ranging from the eye-wateringly expensive to something costing a few quid have made their way through the market over the years though JBL’s wireless Pulse 2 portable speaker is so far one of the first in recent memory to actually render up its own light show on demand. 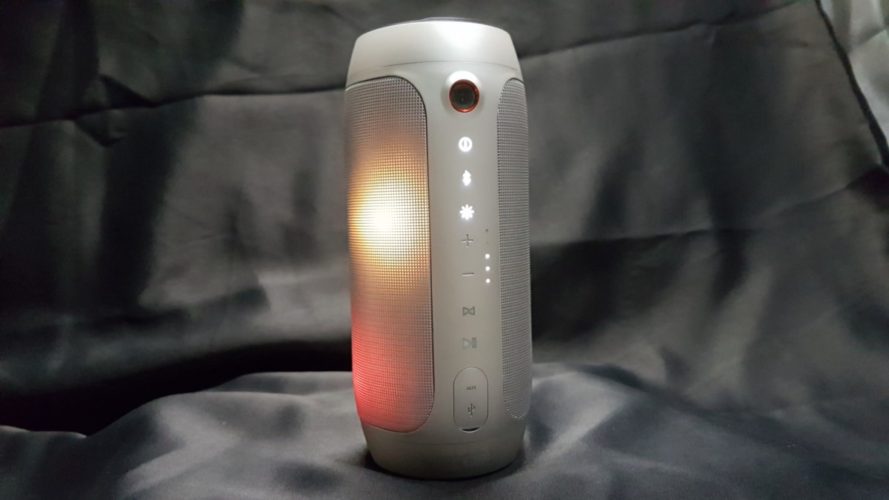 The cylindrical speaker is a splashproof, portable speaker that hooks  up to three devices at a time via Bluetooth and has an array of multicoloured LEDs around its circumference that perform a series of either randomised or pre-defined light displays. 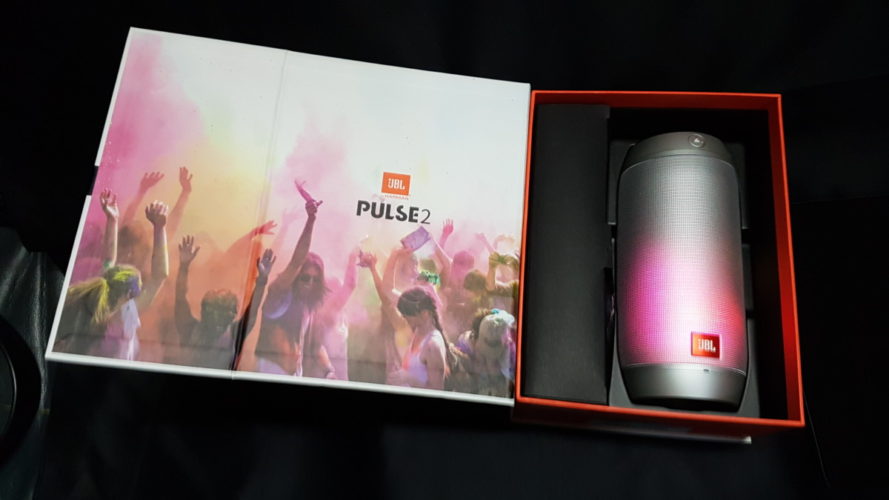 Externally, the JBL Pulse 2 comes in a flip-out box done up with heavy gauge cardboard. Flip the lid to the side and nestled into foam cutouts is the speaker itself, a USB charging cable along with a charging port with three supplementary changeable snap-in plugs that let you swap between major plug designs for different regions. Alas, the whole affair lacks a carrying case to prevent it from getting scuffed or nicked during transport. 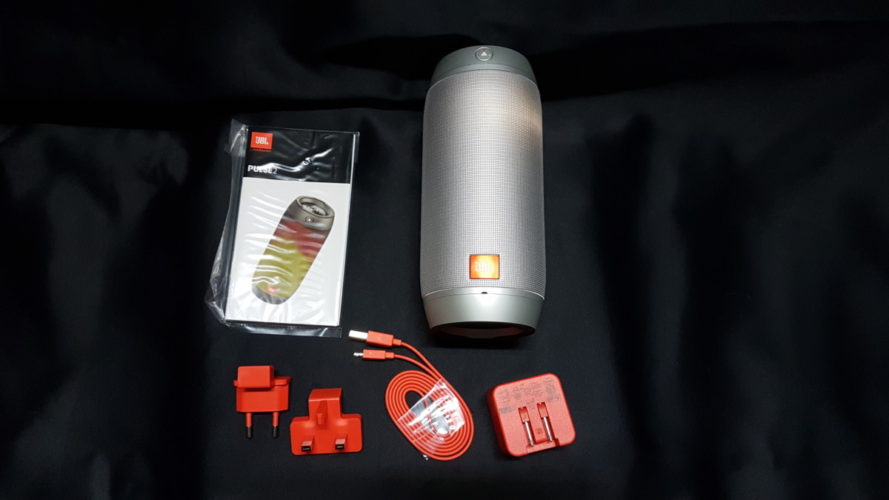 Externally, the Pulse 2 is a cylindrical speaker with two passive radiators, one at each end. A series of touch controls allow you to pair it wirelessly via Bluetooth, control the volume and playback as well as turn it on or off. A rugged rubber port hides a 3.5mm audio jack and a microUSB port for charging duties. Both ends of the Pulse 2 are sheathed in a slim but robust rubber ring to keep it steady when in use and provide a modicum of audio insulation in the bargain. 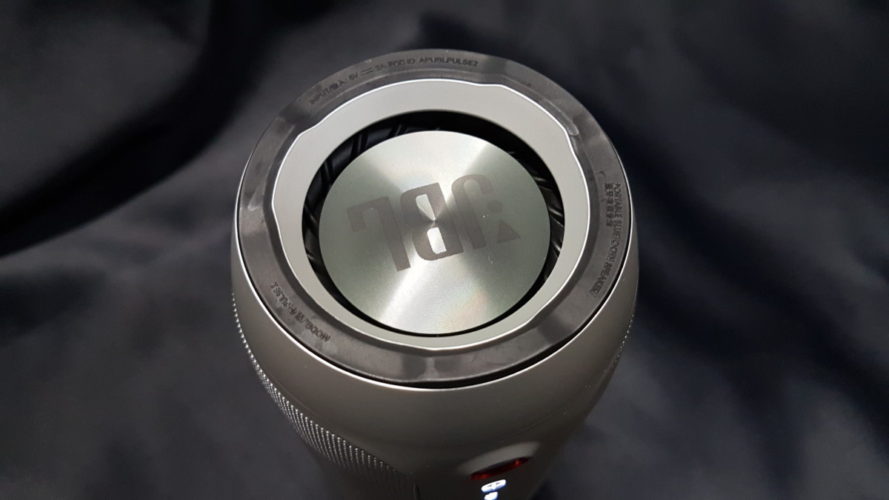 The key draw to the Pulse 2 is its LED light panel that stretches across most of the surface of the speaker. The LED array has the ability to emulate most, if not all the colours of the rainbow and plays out preprogrammed light shows. When paired to your smartphone or slate via their JBL Connect app which is available on iOS and Android, you can control what effects you want playing on the Pulse 2 with a score of different options to choose from ranging from a crackling fire, rainfall, fireflies, twinkling stars and more. An optional download for the app lets you add ambient sounds to the light show. To indicate how much juice is left on the Pulse 2, the speakers have a glowing power indicator bar  inset on the side that gives an approximate idea of much drain its  integrated 6,000mAh battery has incurred. Charging it is via the microUSB port that is recessed and protected behind the aforementioned rubber seal. 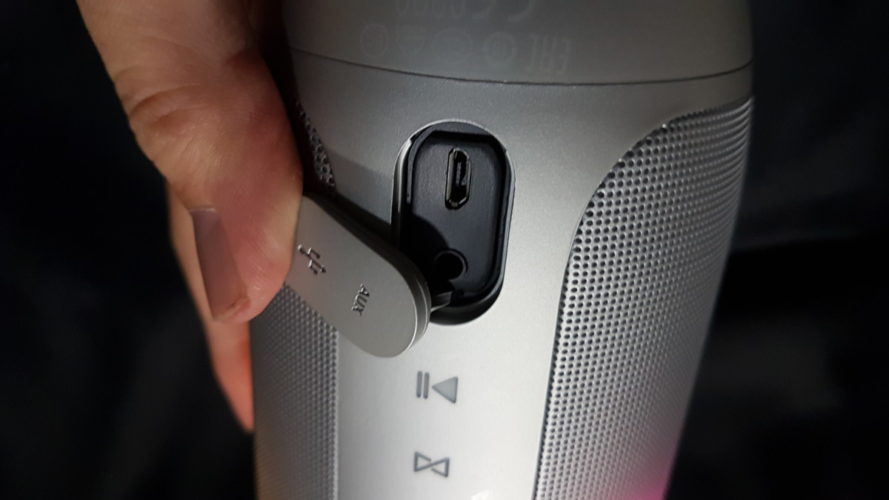 The most interesting feature on the Pulse 2, aside from its glowing light show is a light sensor nestled on one edge that reads colours. You essentially put whatever object you want right up to the sensor and it will emulate it on the Pulse 2’s colour panel. After a few tests, it works best with primary colours in good lighting and is an interesting novelty though with somewhat dubious utility.

In terms of build quality, the Pulse 2 is reassuringly robust though somewhat heavy at 775g and its size means that it’s not something you’ll simply bung into your backpack on a whim. Weight aside, the Pulse 2 is splashproof, allowing it to survive a minor sousing but not a full on dunking in water, making it ideal for outdoor use. You’ll have to ensure that the rubber seal protecting the USB port and audio jack is properly sealed though or it will render the splash proofing for naught.