The cheapest offering in the triumvirate of phones that make up Huawei’s P10 series, the P10 Lite is a pared down and more affordable offering compared to the P10 and the P10 Plus. It bears several aesthetic similarities to its higher priced siblings though what is under the hood is a somewhat different proposition. 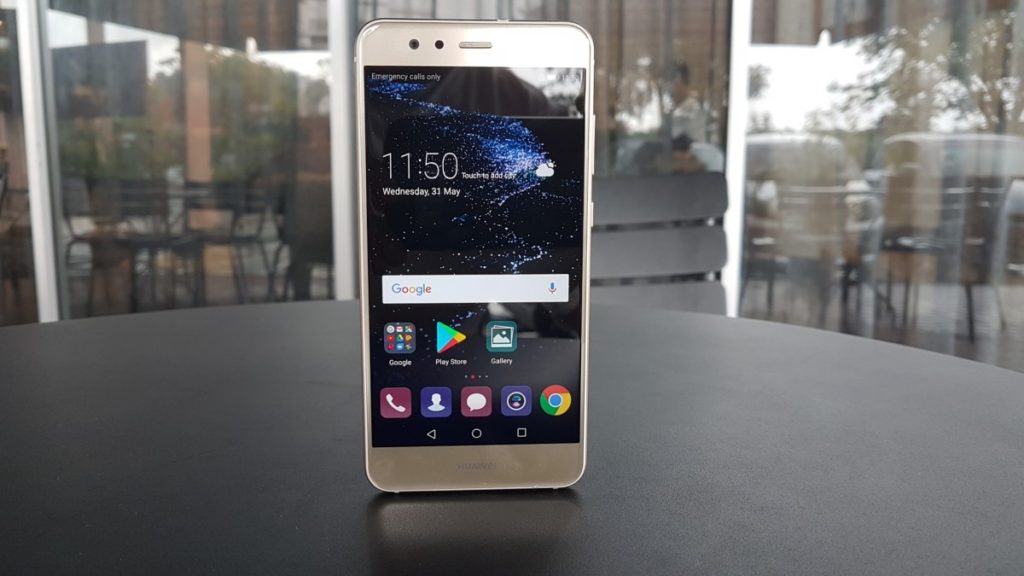 Effectively the successor to the P9 Lite released last year, the P10 Lite bears several modest upgrades while mostly retaining the form factor and enjoyed a bit of a slimming programme as it’s 0.3mm thinner than the P9 Lite and is 1g lighter while coming in with a more polished look. Externally, the phone looks classy indeed with an aluminium chassis sandwiched between two slabs of glass on the front and back with curved edges and unobtrusive antenna bands on the sides. 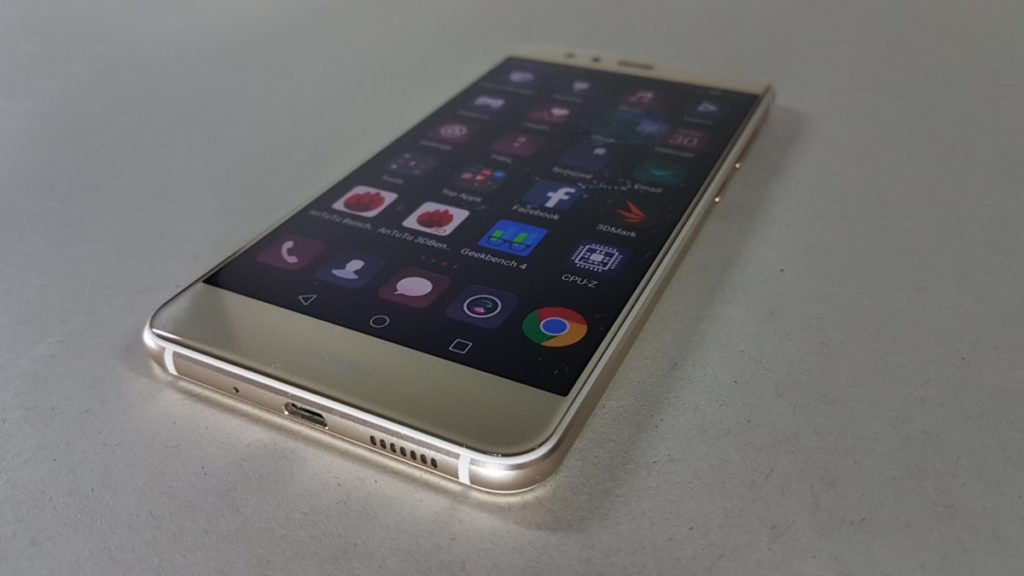 Rather than plonking the fingerprint reader up front like the P10 and P10 Plus, the P10 Lite instead places it on the back where your index finger would go. The right side of the phone sports a power button and volume rocker with the former boasting of some slight knurling to make it easier to find by touch though both buttons feel rather plasticky. 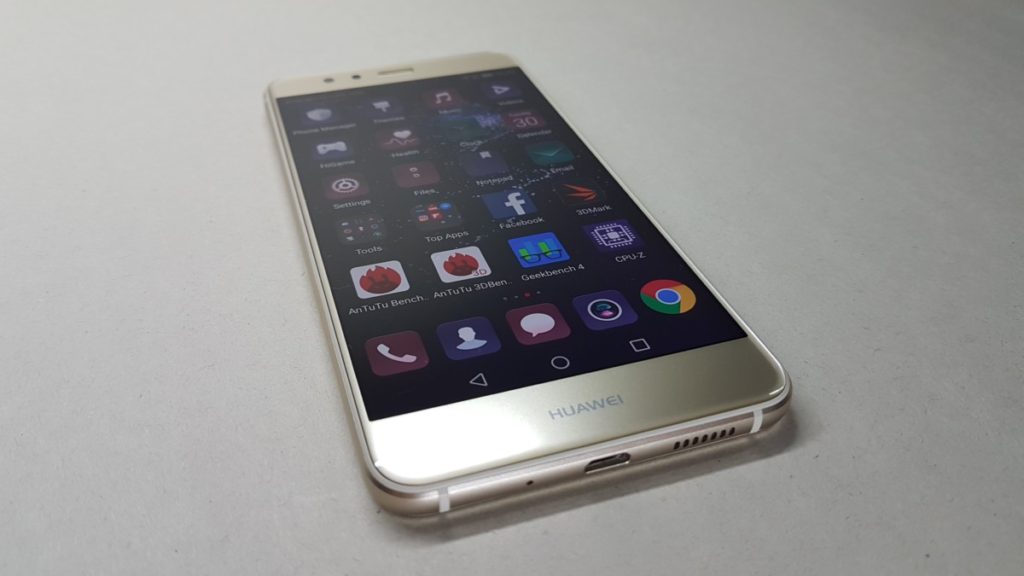 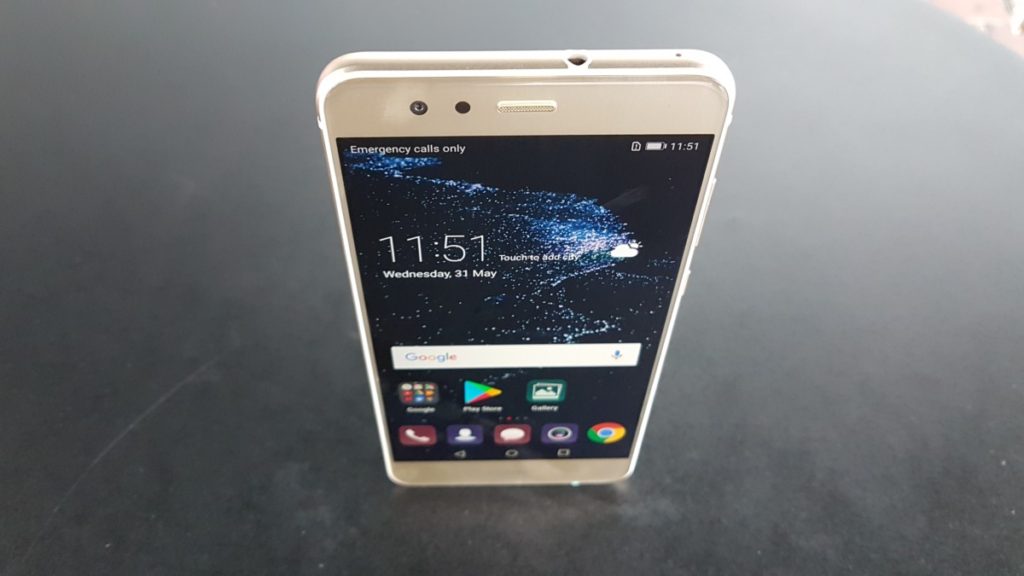 Up front, layered under 2.5D glass is a 5.2-inch, Full HD, 424ppi touchscreen that is identically sized to the older P9 Lite. The bezels are slimmer than before on the sides though the bottom is taken up with the Huawei logo with virtual buttons on the display to get about. The top has a front-facing 8-MP selfie camera. Externally, the phone certainly looks a good deal posher than what its price tag indicates and feels classy when held with reassuringly sturdy build quality that holds up well to casual use.

Performance and Camera
In terms of hardware, the P10 Lite comes with a HiSilicon Kirin 658 octacore processor that integrates a quartet of 2.36GHz Cortex A53 cores to handle the heavy lifting and a quartet of 1.7GHz A53 cores for otherwise general grunt work. Unlike the older P9 Lite, the P10 Lite has more storage overall with 4GB RAM and 32GB of expandable internal storage. 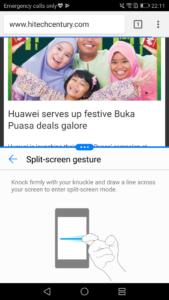 Running under the hood is the latest Android Nougat 7.0 with their latest EMUI 5.1 user interface, the very same running on the P10, albeit with a few minor tweaks seeing the hardware it has though all the major features are present and correct, in particular their dual window feature that lets you pop up two apps simultaneously onscreen by giving the display a sharp rap with the knuckles before running it horizontally across the display. 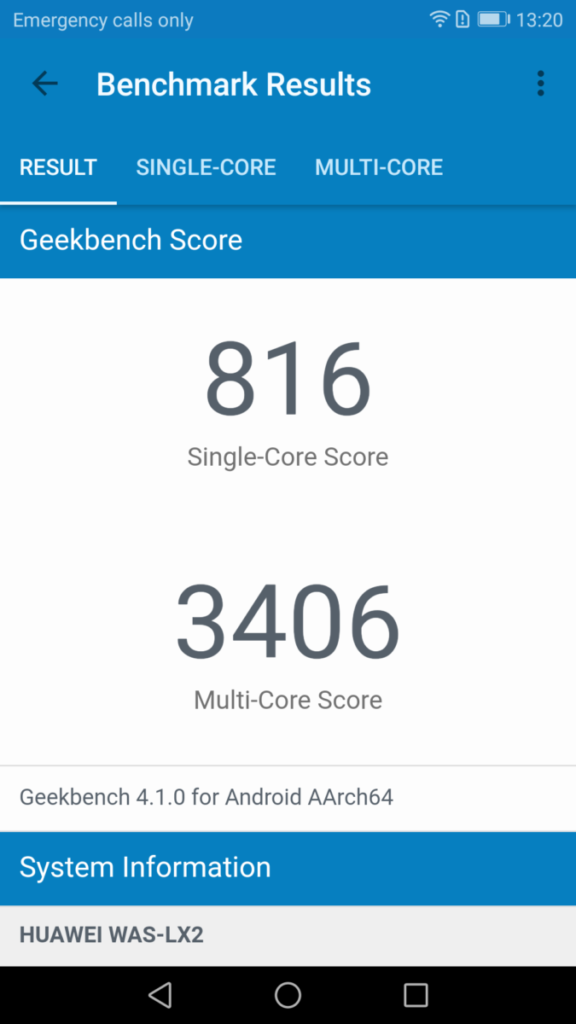 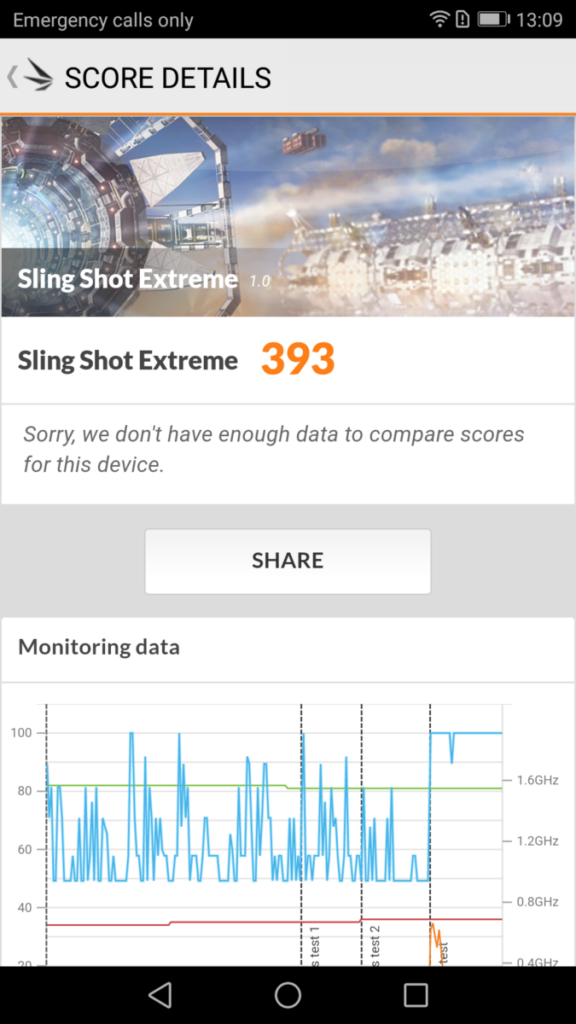 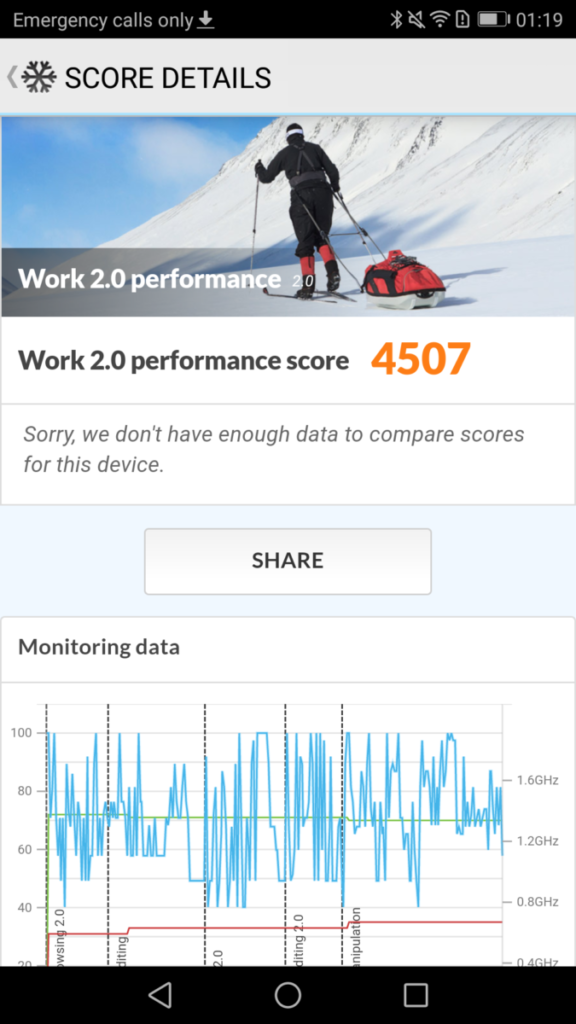 The P10 Lite offering mixed performance under benchmark testing with 3D Mark’s Sling Shot Extreme yielding a low score of 393. In Geekbench 4, it garnered a single core score of 816 and a multicore score of 3,406. In PC Mark 2.0 it snagged a modest score of 4,507 while in Antutu it acquired a middling score of 59,237. This paints it, on paper at least, as a middling performer but it handled otherwise in the field in a more competent fashion.

When subjected to the usual demands asked of a phone – videos, social media usage, web browsing and, of course, gaming, the P10 Lite did not disappoint. While there is a minor delay in loading some apps and resource hungry games up, they still ran in a smooth fashion. Gangstar Vegas, Asphalt 8: Airborne and Star Wars: Force Arena were handled in a very competent fashion and even with half a dozen open browser windows in Chrome, the P10 Lite continued running in a smooth fashion.

The dual window mode has its uses and came in handy on the odd occasion or two when you need to view two browser windows, two apps or some combination thereof though there’s a scarcity of space if you bring up the virtual keyboard to type stuff in. Still, it’s handy to have around. The most welcome addition to EMUI 5.1 is their App twin feature that lets you run two instances of an app at the same time so you can have two separate user accounts though this only works with Facebook and Whatsapp at the moment. 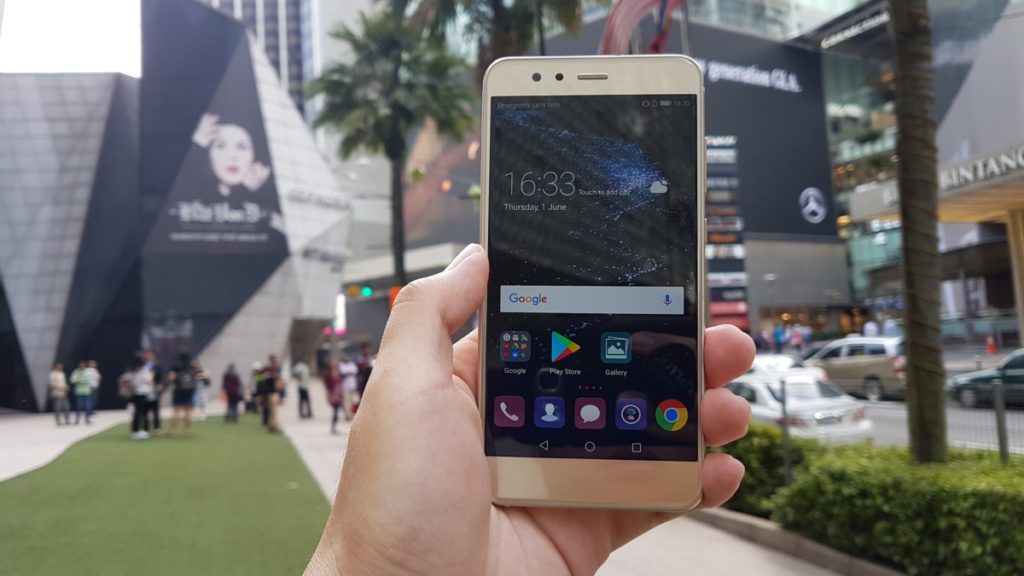 The P10 Lite’s display is decent with good visibility and colours though you’ll have to ramp up the brightness to maximum for viewing under direct sunlight. Text was otherwise legible and contrast was acceptable seeing its price range. The fingerprint reader is also of note and befitting their reputation, is fast, accurate and highly responsive, making it a viable and speedy option to unlock your phone. 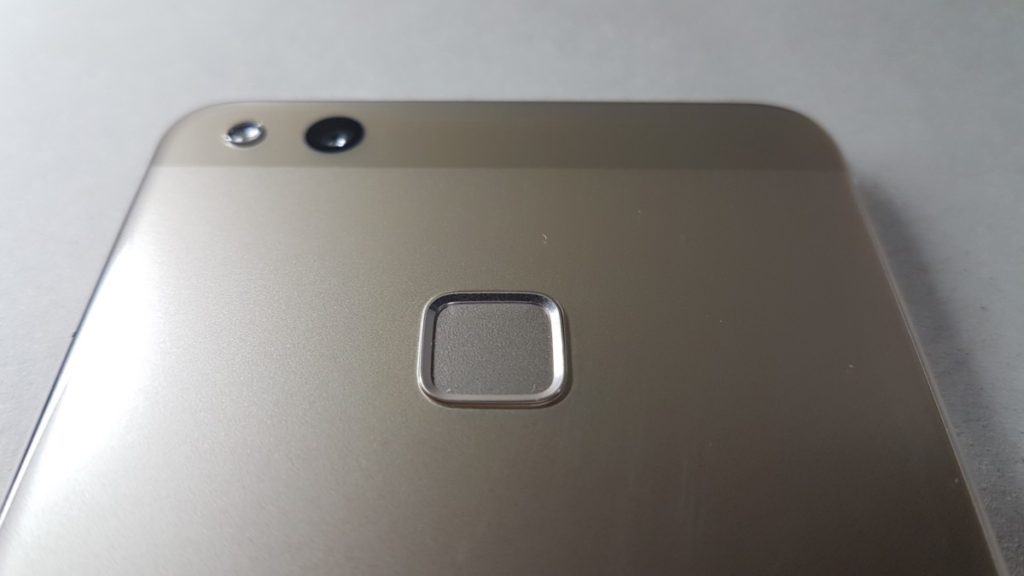 On the camera front, the rear 12-MP camera only has a single sensor unlike the P10’s dual camera setup with an F/2.2 aperture, an LED flash and 1080P video capture. The P10 Lite also lacks the Leica-licensed branding of the P10. What it does have, for the most part, is the user interface of the P10’s camera along with its comprehensively robust manual mode that lets you tweak ISO, metering, shutter speed, exposure and white balance. The P10 Lite’s camera also offers a panorama mode, a light painting mode to capture arty starscapes, waterfalls and highways at dusk, a HDR mode and a slo-mo mode. 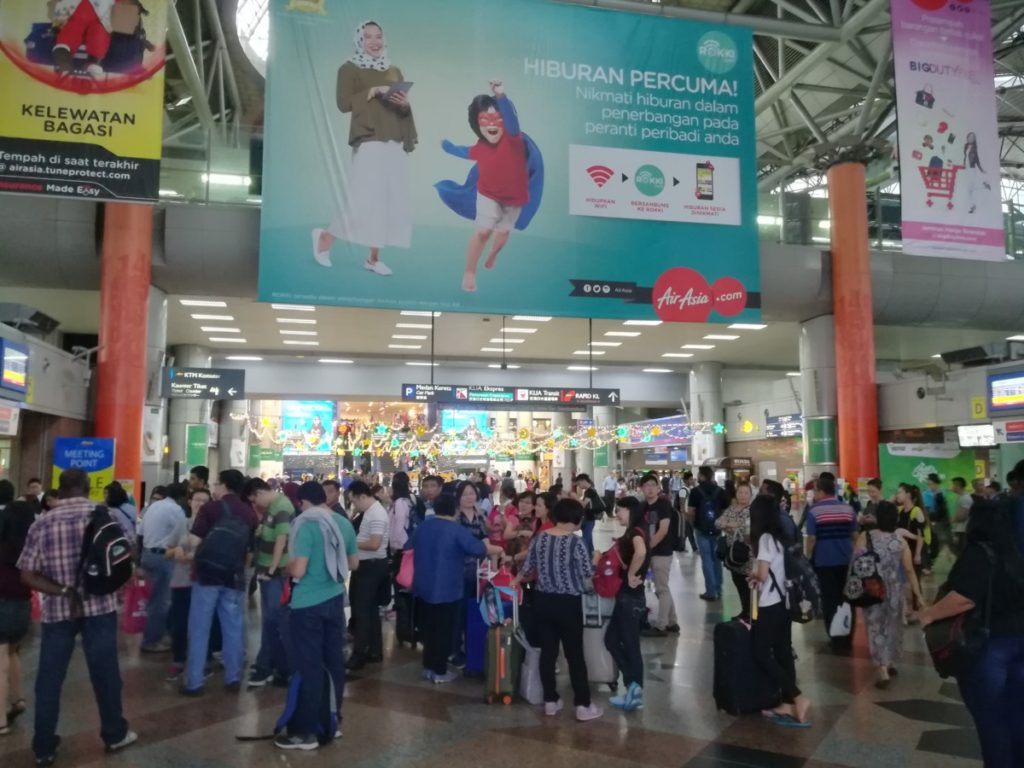 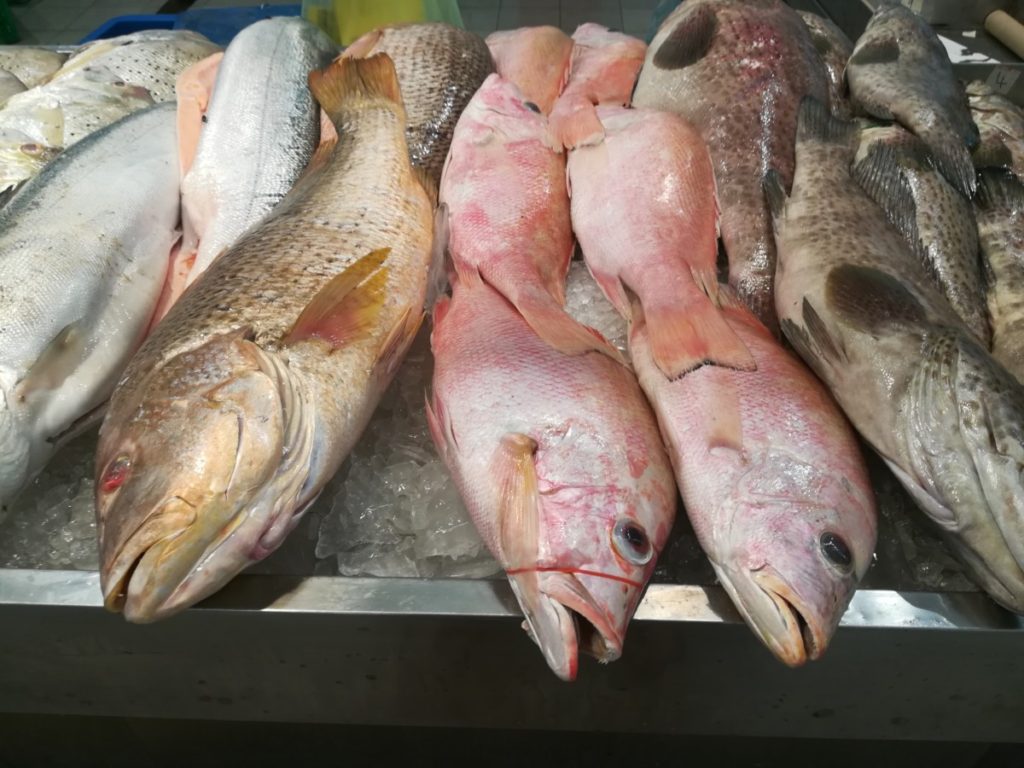 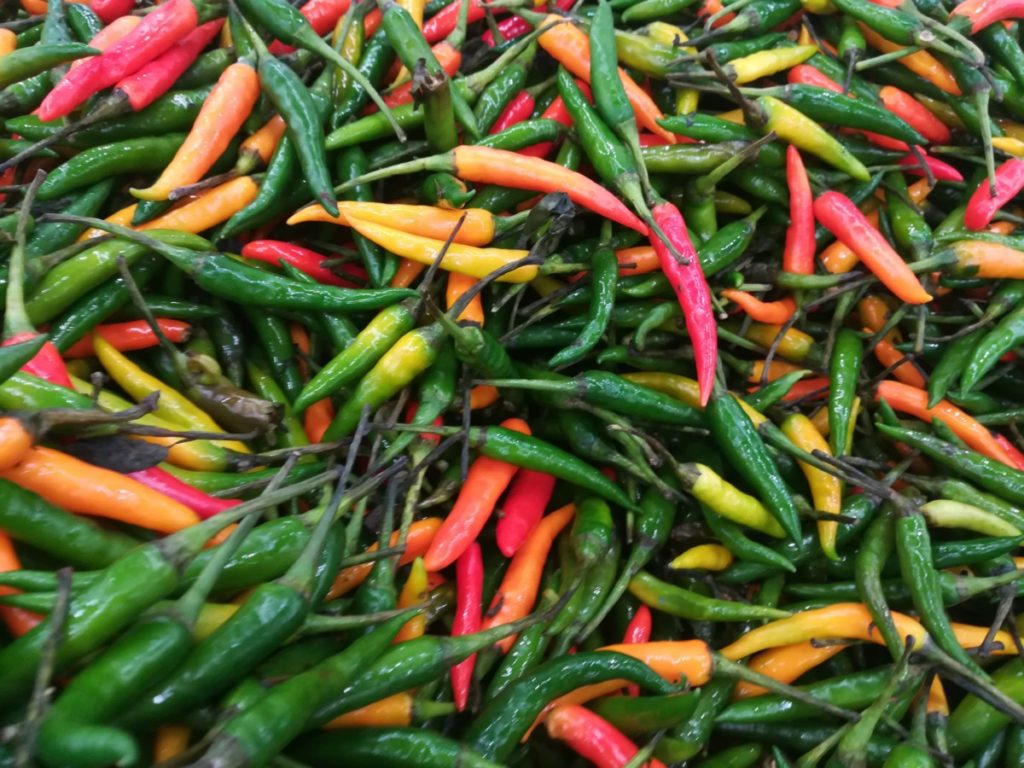 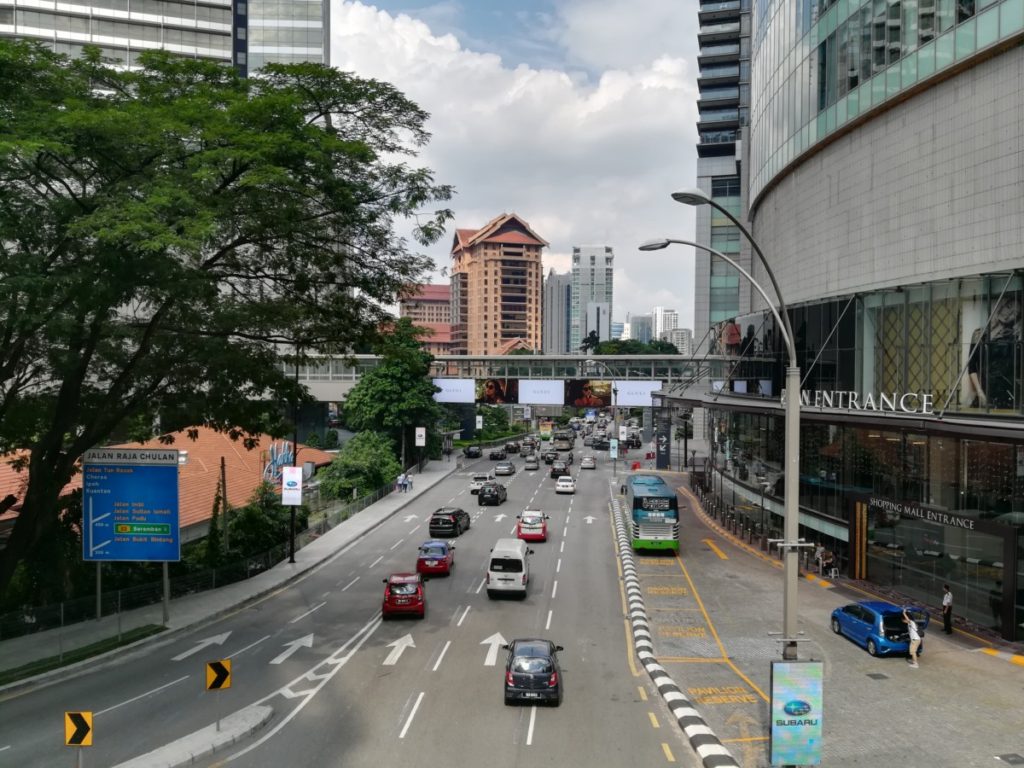 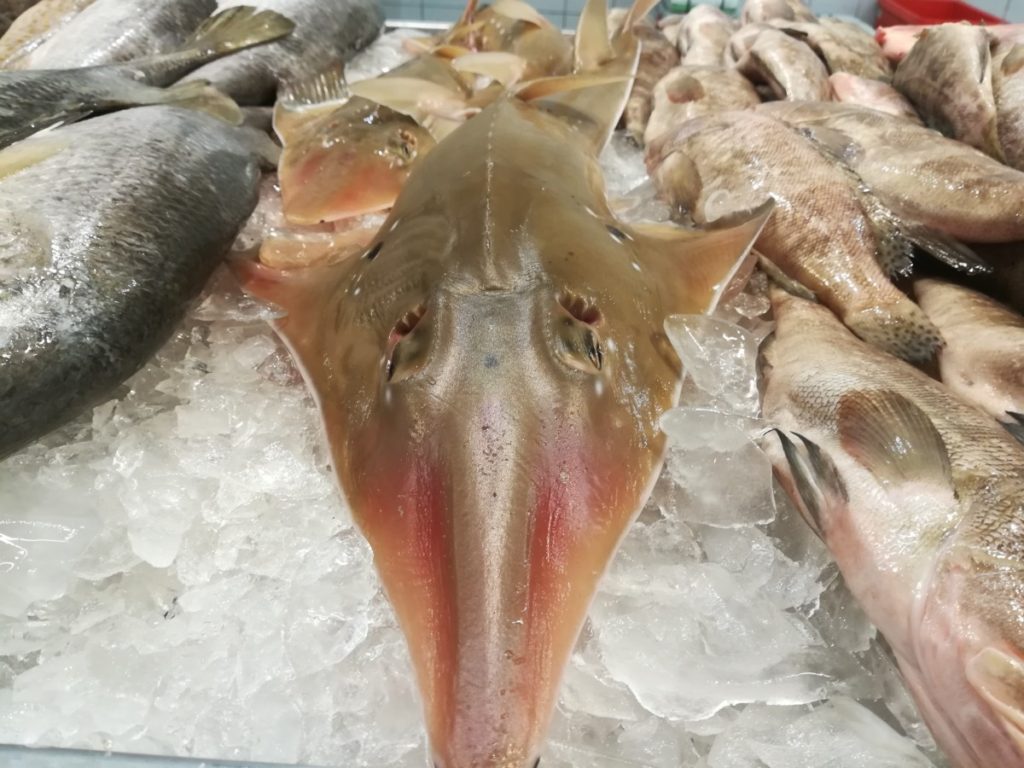 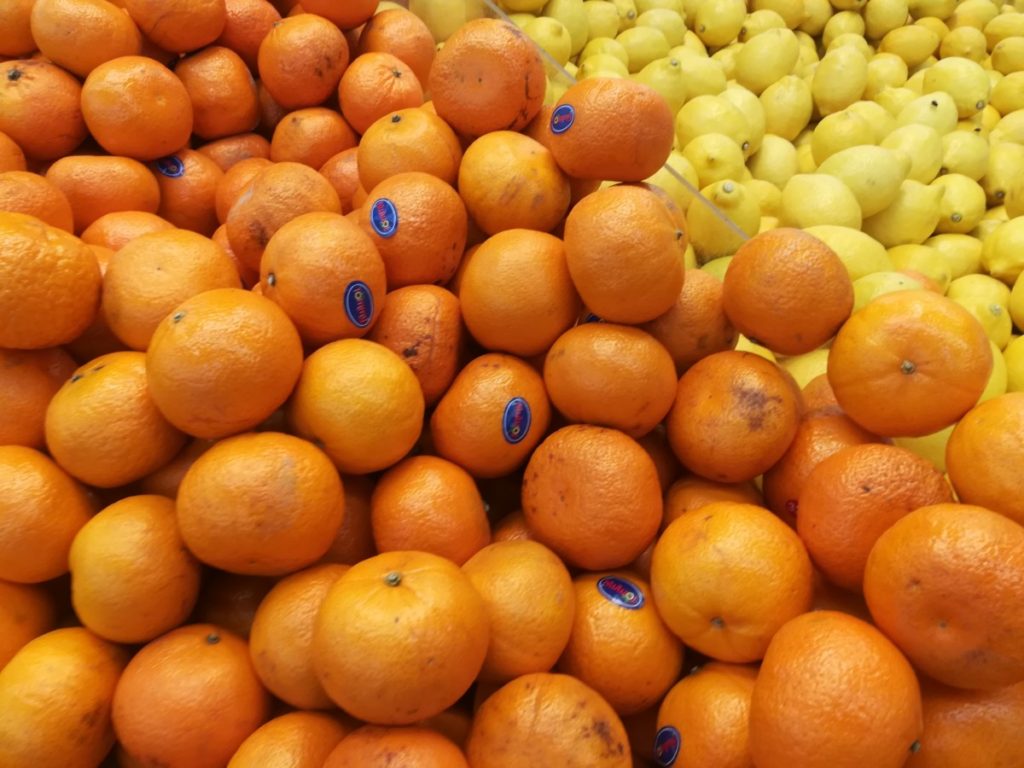 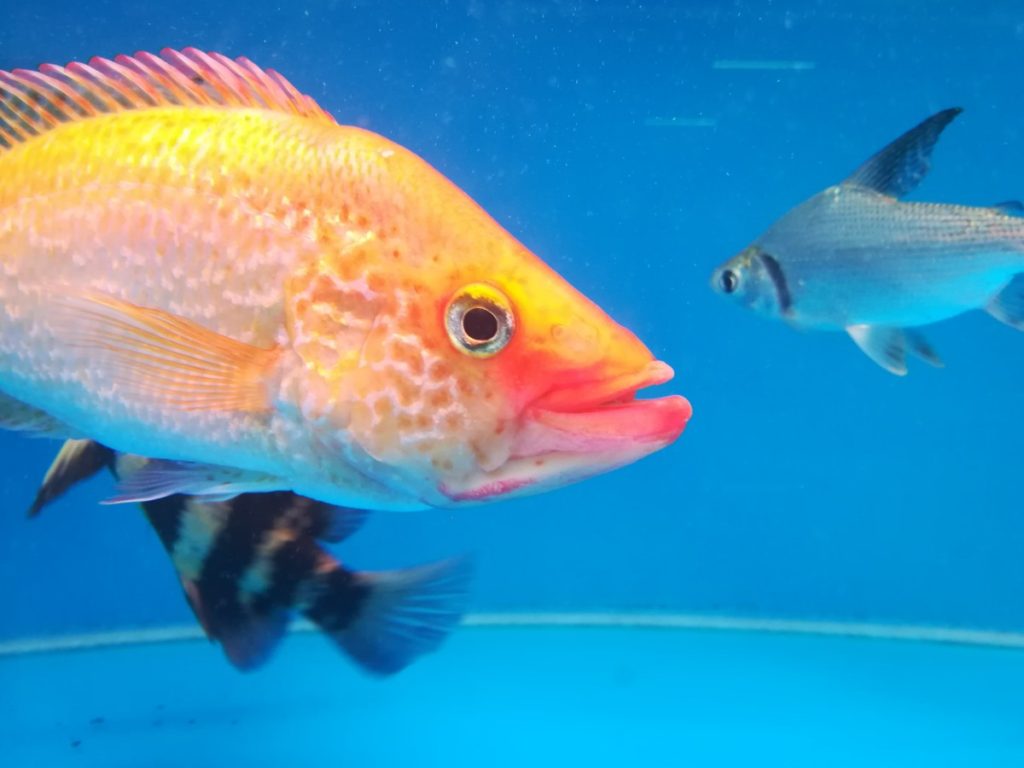 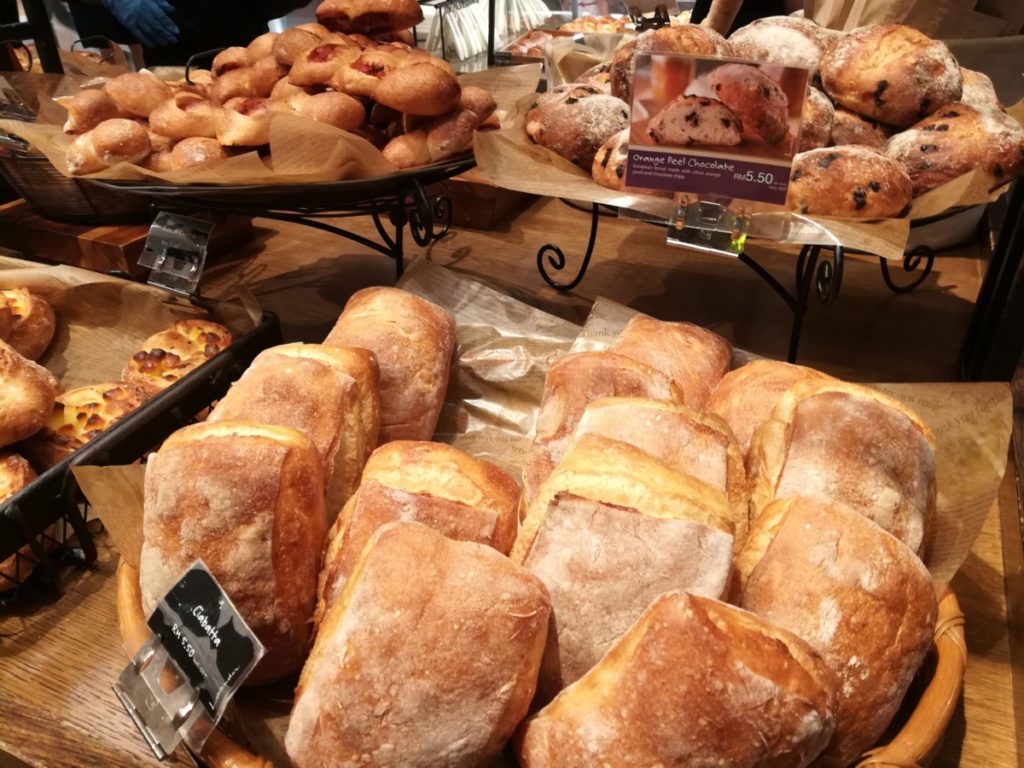 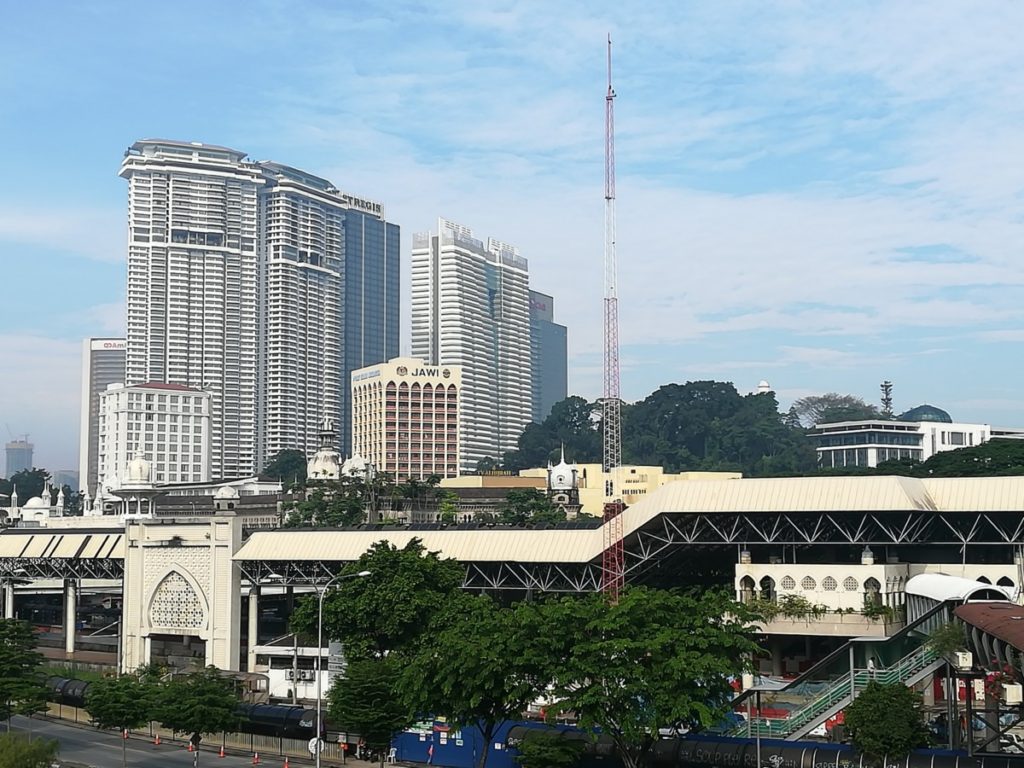 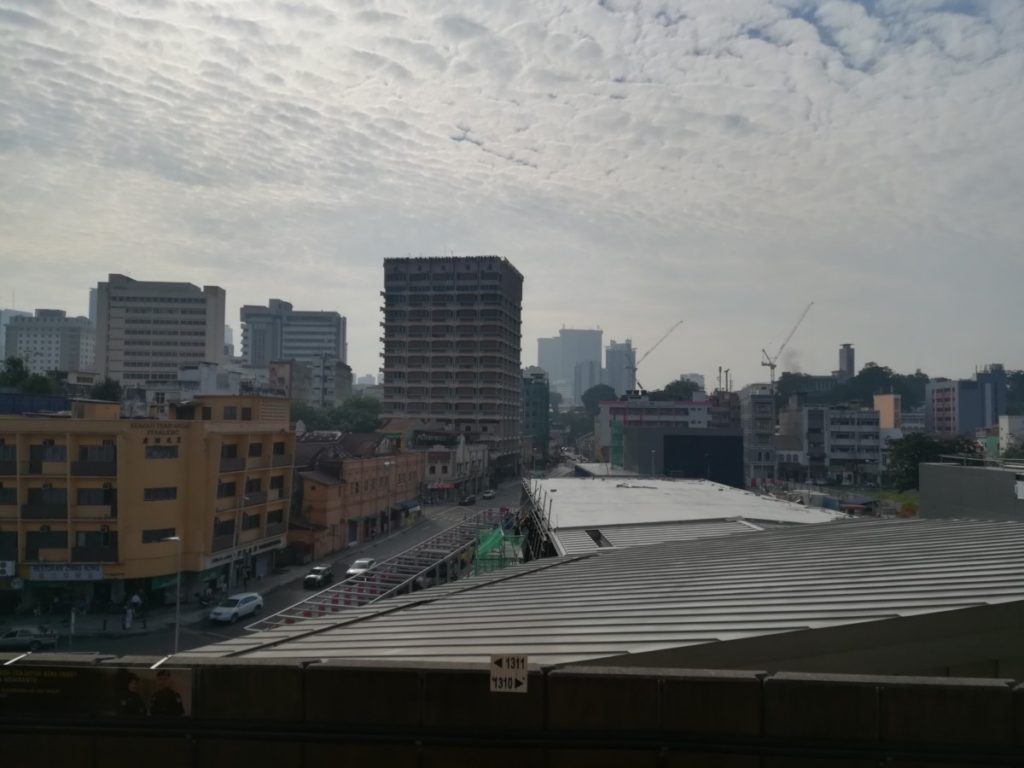 Under well lit conditions, the P10 Lite delivered good shots with great colour and detail on auto mode though it fares more poorly under low light so you’ll need a steady hand or a tripod to get good results. Videos were decent though unexceptional. It’ll handle social media posts and the like in an able fashion with some care needed if you’re in dimly lit areas but it is otherwise doesn’t quite stand out in any particular fashion.

Battery life, Price and Conclusion
The P10 Lite offers middling battery life with the built-in 3,000mAh battery offering up the better part of a day’s worth of heavy usage before requiring a top-up. Average usage of social media, texts, some music, Google Maps, a few phone calls, a game or two and a lot of Whatsapp messaging from dawn drained it to about 20% by about early evening.

Fortunately, it has a fast charger bundled with it that can bring it up from empty to full in a couple of hours. If you’re stuck out in the boonies with no power bank, you can kick in an ultra power saving mode to eke out just a bit more run time that ratchets down phone performance and keeps what apps are running to a minimum. 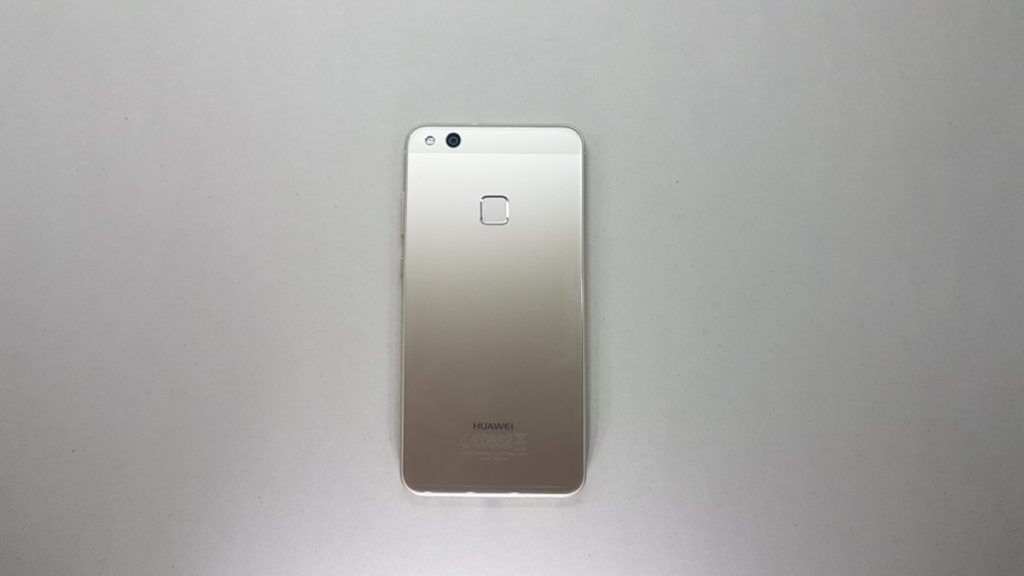 At RM1,299, the P10 Lite is a well designed phone with excellent build quality, Huawei’s latest EMUI 5.1 user interface which has a host of modern conveniences, a good display and decent performance tempered with modest battery life and a middling camera. It’s a decent upgrade over the P9 Lite though there are plenty of contenders in its price category with equally tempting propositions on offer.