HTC’s current flagship phone for the Malaysian market bears more than a passing resemblance to phones made by a certain fruit-themed manufacturer though it’s anything but as it’s an Android-running throughbred under the hood. Technically speaking, the One A9 is not the true heir to last year’s HTC One M9+; that’s for the leaked HTC 10 that should hopefully be announced sometime soon though on its own merits, the HTC One A9 is still part of HTC’s high-end One family of phones and has the hardware, the looks and the price tag to prove it. 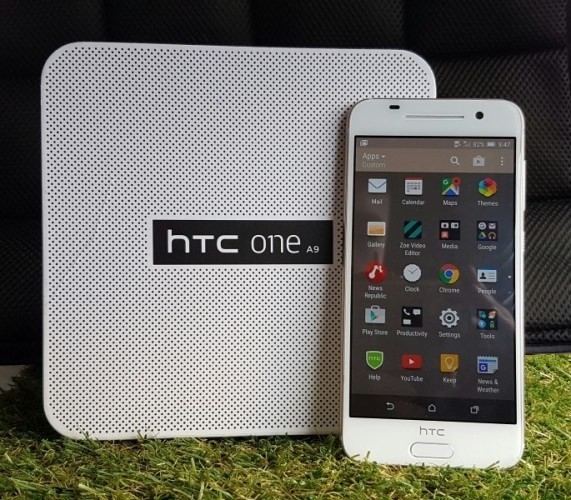 The HTC One A9 currently costs RM2,299, which puts it squarely against flagships like the Huawei Mate 8  that retails at RM2,099 though it’s still a good sight cheaper than its aesthetic inspiration the iPhone 6S that retails at RM3,199 for the lowest level variant. Still, when you pay for a device, you’re not just forking out dough for the specifications alone, you’re paying for the whole experience which is what the One A9 intends to offer. Read on to find out more about what we think about the One A9. 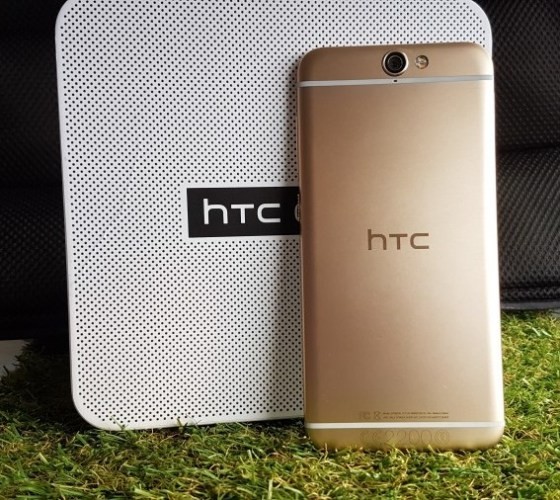 Externally, the unibody aluminium casing of the HTC One A9 is distinctly differentfrom prior examples of the HTC One series with sleeker curves and more gently rounded corners that are a departure from the more distinct diamond-cut chamfering like that seen on the One M9+. More astute users will likely notice it bears a resemblance to an iPhone 6S though it doesn’t detract from the fact that it’s both aesthetically pleasing to look at and and pleasant to hold with a nice, even heft. The curved edges and flat aesthetics also help to make it very pocketable without any extraneous bits to snag on clothing. 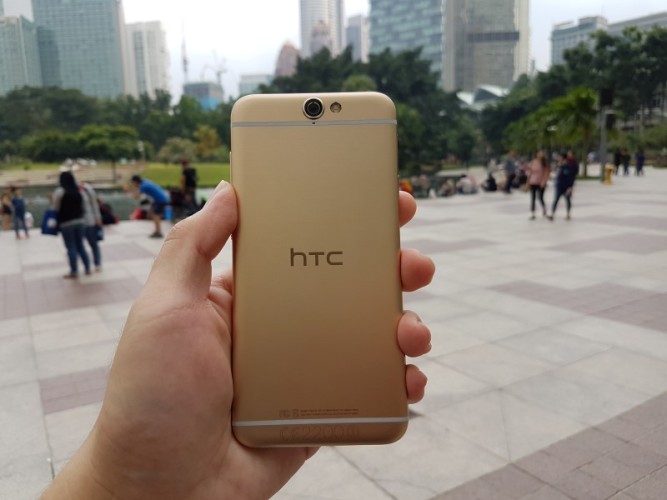 The backplate is made of a smooth machined piece of aluminium in either Carbon Gray or Topaz Gold interspersed by bands of plastic at the top and bottom for better signal reception. The top of the A9 sports a rear 13-MP camera with optical image stabilisation and dual LED flash. The camera lens array is almost flush with the casing, which somewhat mitigates the risk of scratching the lens array in daily use. 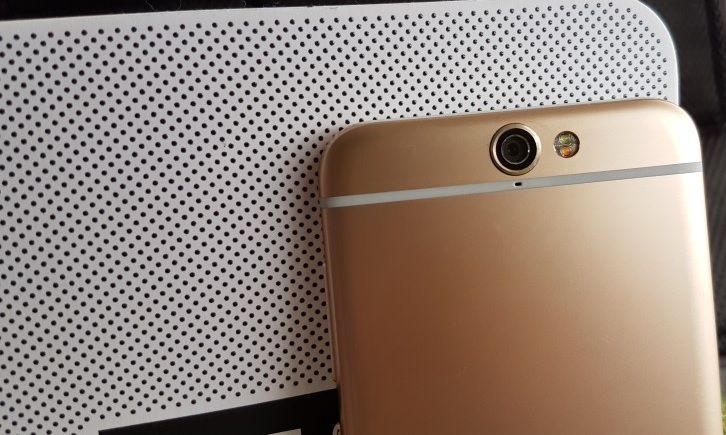 The left side of the phone comes with SIM trays for the microSD card slot and the nanoSIM card slot. You’ll need a pin to open the trays though. 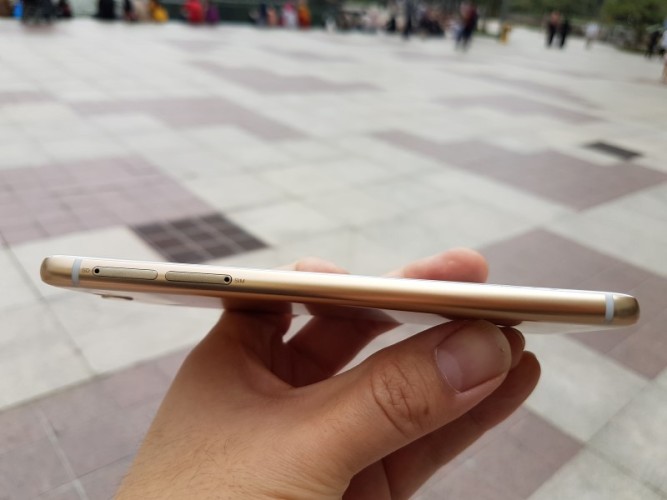 The right side of the phone comes with a volume rocker and a knurled power button made of metal. The knurling adds extra tactility to allow you to feel for it when you can’t see the phone.

The front of the phone comes with a plastic bezel in either black or white, depending on what colour of A9 you acquire framing a 5-inch AMOLED 1080p 441ppi touchscreen sheathed in 2.5D Corning Gorilla Glass 3 so that the edges of the touchscreen round off and meet the side trim of the phone. Alas, the One A9 lacks the usual front-facing BoomSound speakers prevalent in the other One series phones and instead has a mono speaker in the base of the phone. The rest of the front is taken up by a 4-MP UltraPixel camera with an f/2.0 aperture perched just above the display. The base of the display is taken up by a home button that doubles as a fingerprint reader along with the HTC logo emblazoned just above it. 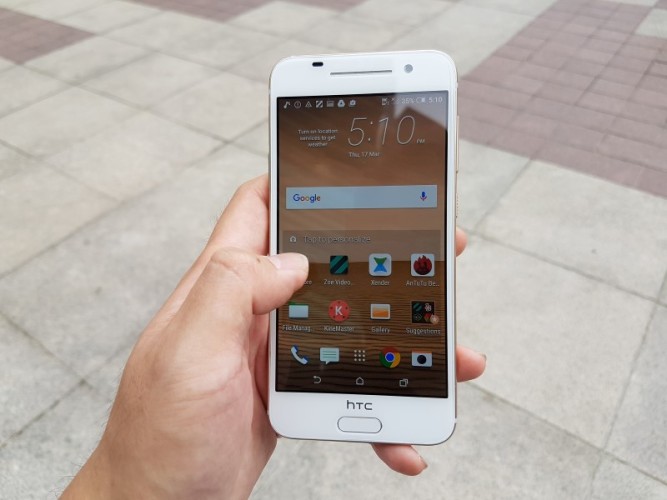 The base of the One A9 is rather busy, with the speaker grille, a micro USB charging and docking port along with a 3.5mm audio jack. 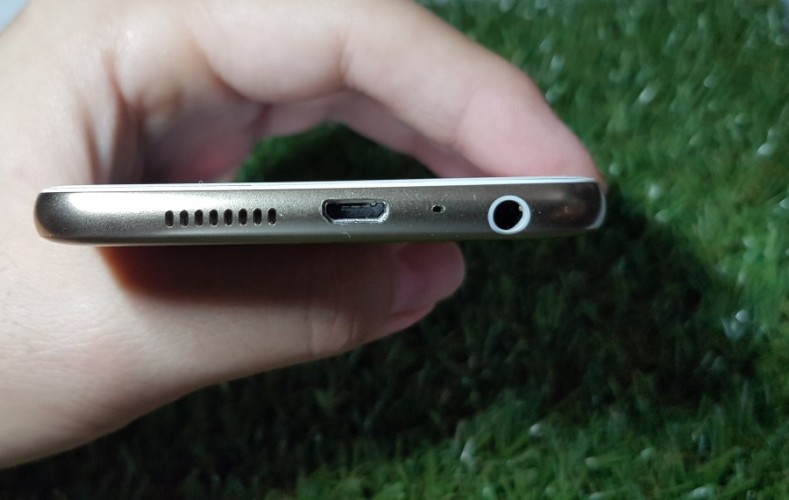 Out of the box, you get the phone itself, the user manual, a SIM tray pin, a standard power plug, a pair of earbuds with a swappable pair for better comfort and a USB charger cable. 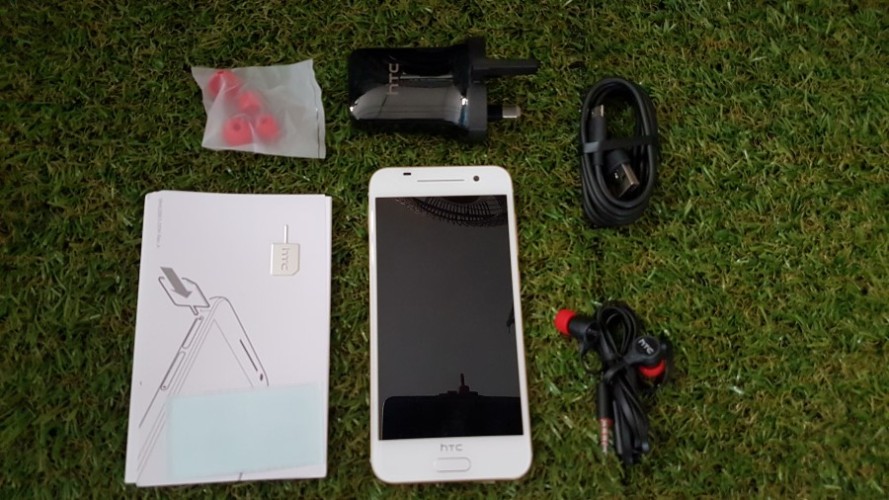 The power plug doesn’t support fast charging and is standard issue even though the A9 does support Fast Charge 2.0 tech. The third prong folds flat, making it extremely handy for travel. If you need fast charging functionality, you’ll need to acquire a separate plug that supports fast charging from HTC that costs RM129.

The headphones come with flag tagliatelle-style cables that are intended to prevent tangling. 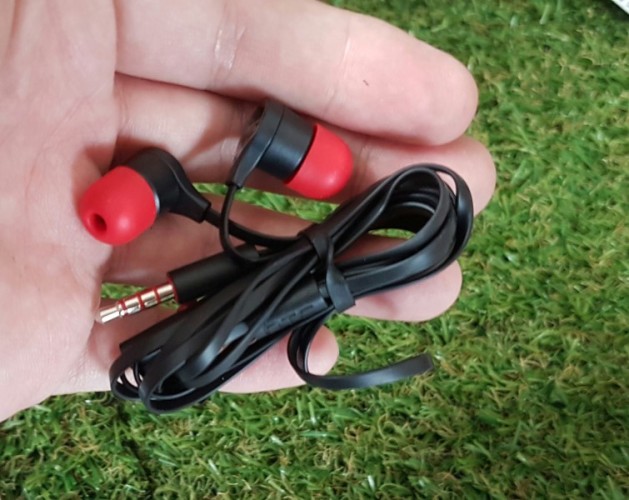 The whole package covers all the essentials and the A9 itself feels pleasingly posh and, detractors aside, earns admiring looks when plonked on a table.

Pages: 1 2 3
Posted in Gadgets, News, Reviews and tagged HTC One A9, HTC One A9 price in Malaysia, HTC One A9 review, HTC One A9 specifications, News