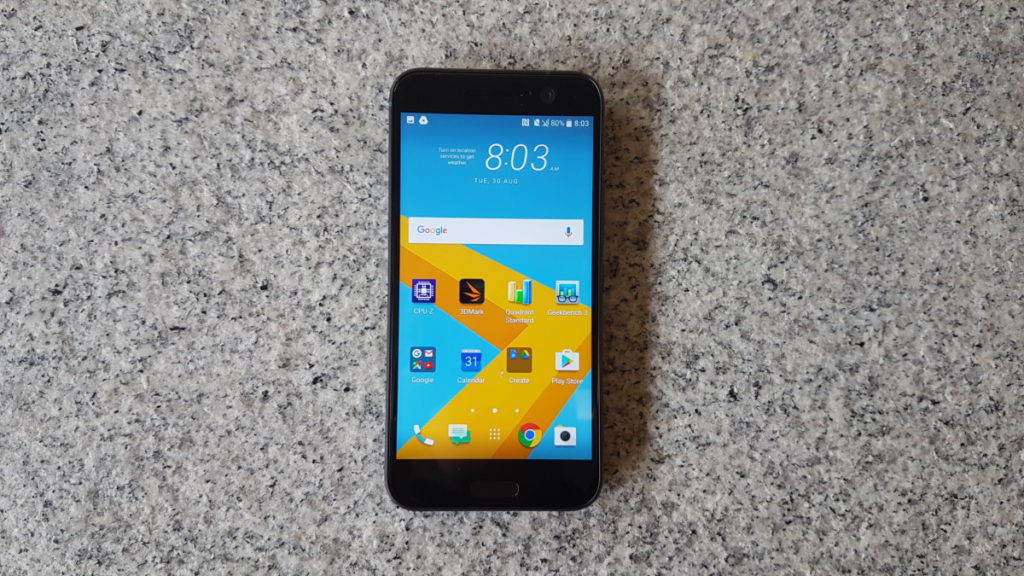 Design and build quality
HTC has been in the smartphone game for aeons with a mixed array of hits and misses over the years though they’ve been placing most of their recent efforts towards virtual reality in the form of their HTC Vive VR headset. Fortunately, they haven’t lost their touch in the smartphone game if their flagship phone for 2016 is any indication. 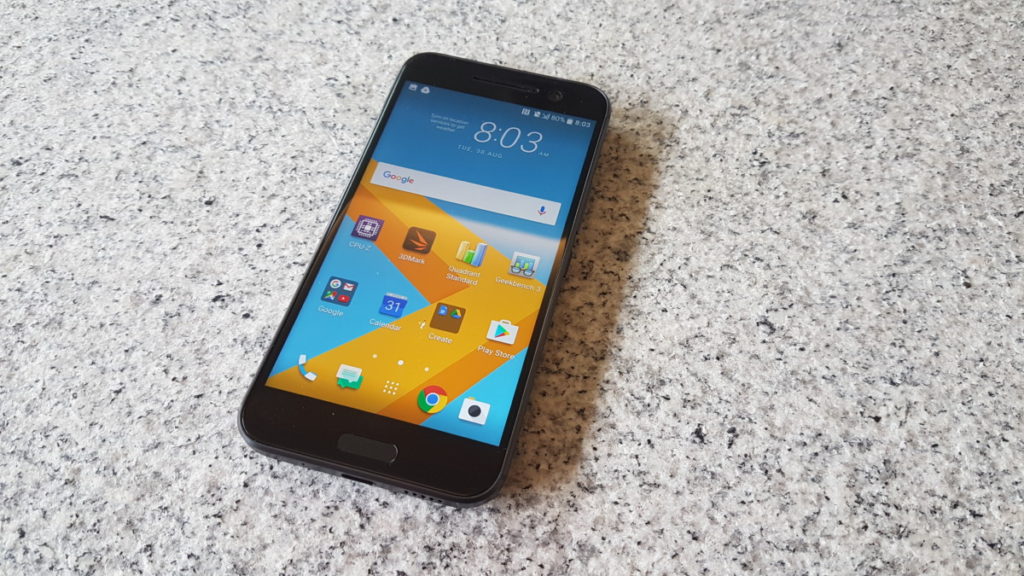 While its name is somewhat non-distinctive, the HTC 10 is a first class phone in every respect. Quite a few phone vendors usually skimp out on an aspect of design be it the front selfie camera, the audio or the battery in some form or fashion but the HTC 10 addresses all this without cutting corners and adds more in the bargain.

Externally, the HTC 10 comes with a rather industrial look, sporting an all-aluminium build and an aggressively chamfered rear backplate bisected by antenna bands on the top and bottom. The deep, angular chamfering on the rear helps to curve the phone slightly and make it easier to grip one-handed while offering enough tactility that it won’t accidentally slip out of your hand. Our test unit came in a matte gunmetal gray finish that repelled fingerprints and looked extremely fetching, almost masculine when placed next to the dainty array of glass-sheathed phones that seem to be in vogue these days. It’s an unorthodox design, and one that makes it stand out in a good way. 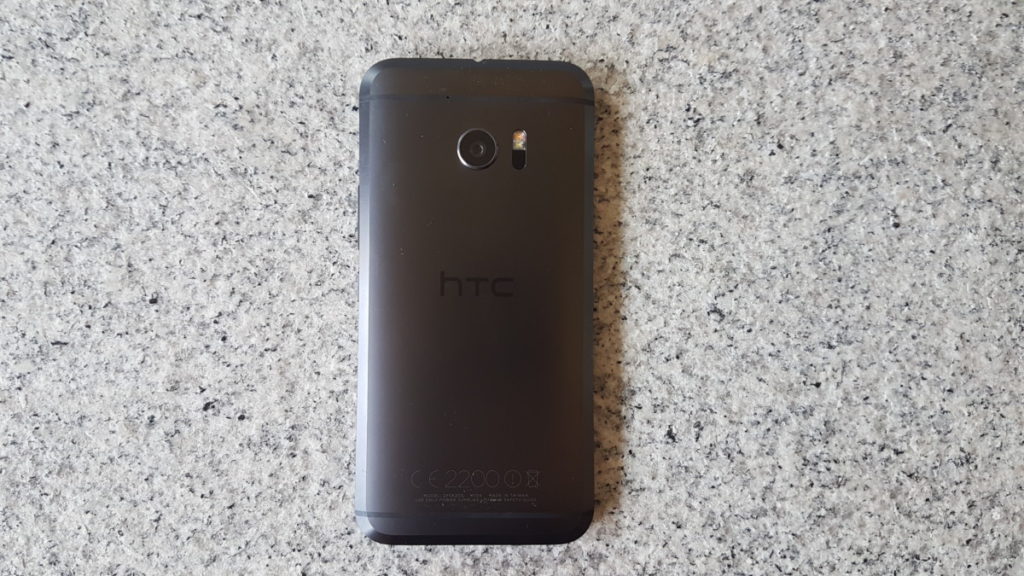 Bringing up the rear is a 12-MP rear camera with larger 1.55µm pixels, optical image stabilisation, an F/1.8 aperture and a dual LED flash along with 4K video capture capability to make it a very capable performer on paper rivalled only by a few other flagship contenders in the field. 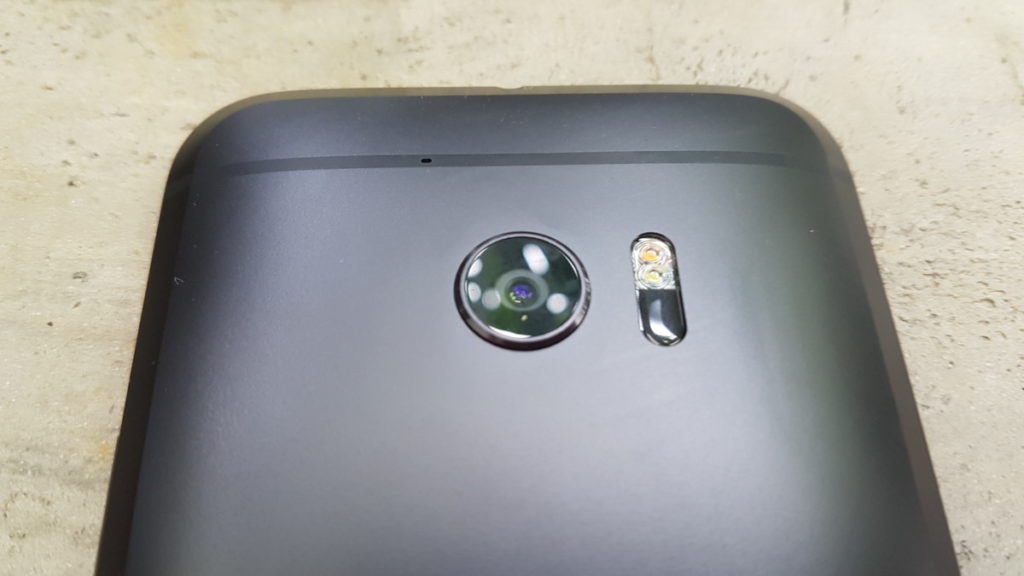 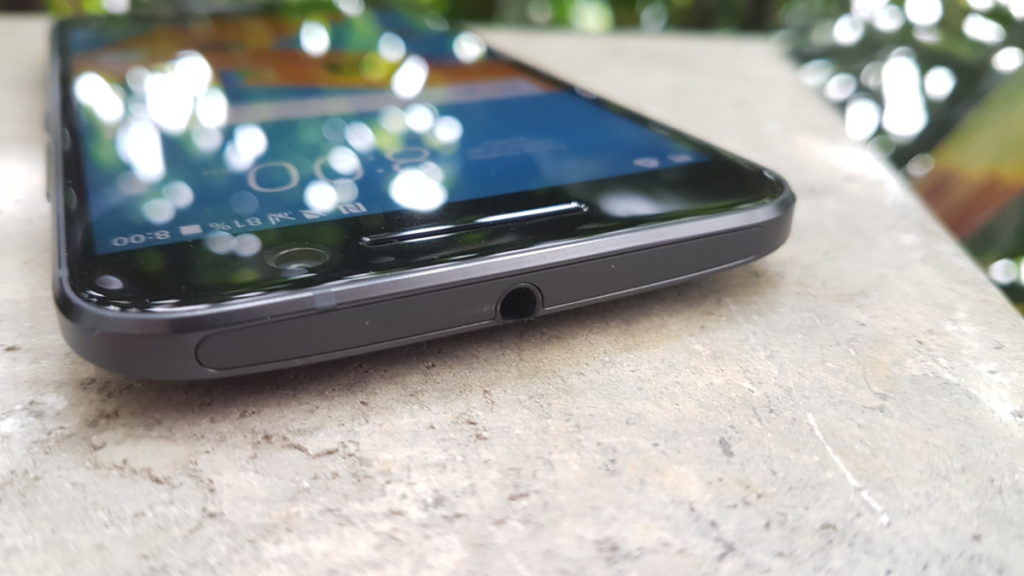 The base of the HTC 10 comes with a speaker grille along with a USB Type-C port for charging and docking duties. Closer inspection reveals that the HTC 10 still comes with dual BoomSound speakers though their placement is somewhat asymmetric. One speaker is plonked at the aforementioned base of the phone while the other is up next to the selfie camera. 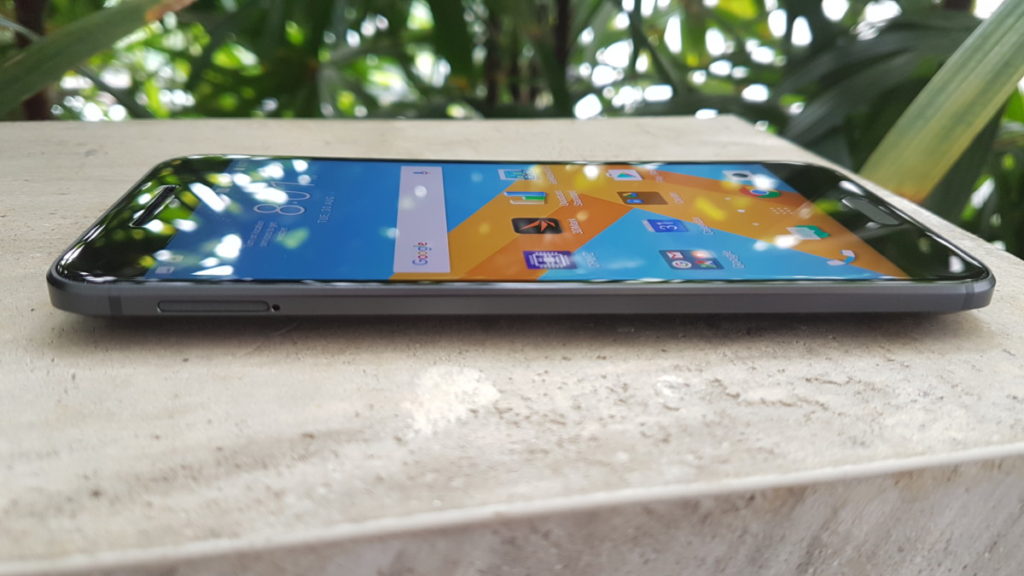 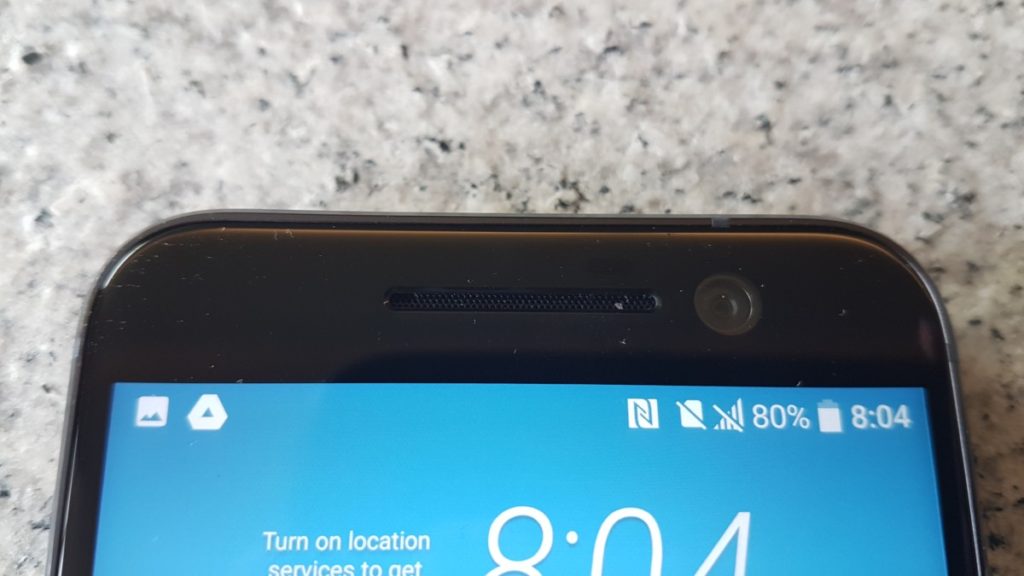 Up top of the display, is a 5-MP selfie camera with an F/1.8 aperture, a larger 1.34 µm pixel size to capture better shots in low light and – get this – optical image stabilisation too, making it one of the few phones in the market to do so. Next to the selfie camera is a speaker grille with one of the two aforementioned BoomSound speakers on the phone. 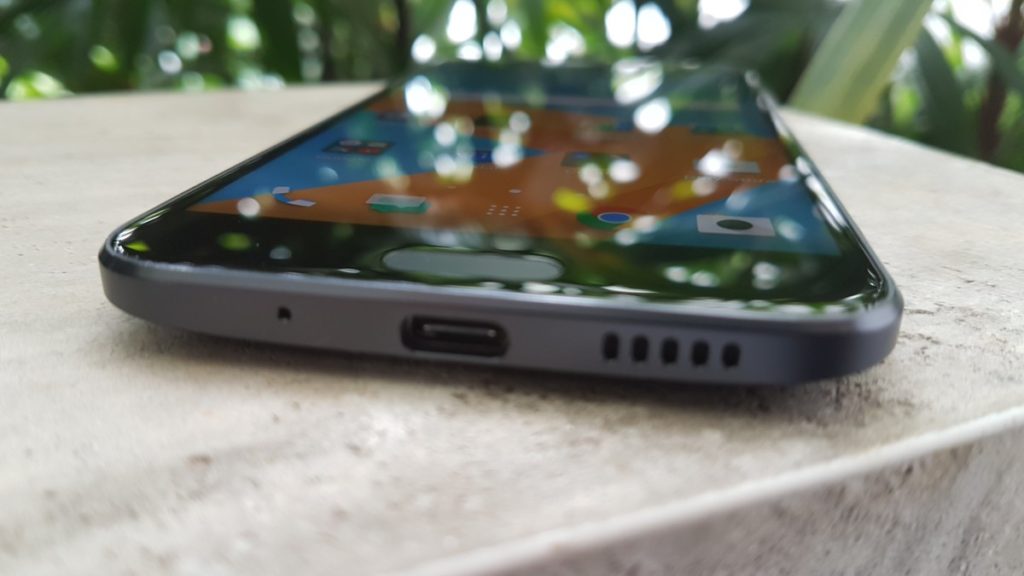 As a whole, the HTC 10 has a rather distinctive look that makes it stand out from the host of lookalike phones in the market. Its aggressively chamfered design and industrial looking aesthetics may make those looking for an elegant art statement shy away from it but for those looking for a more masculine design, this fits the bill to a T. In terms of portability and heft, it hits a comfortable balance between thickness and weight, measuring in at 9mm thin and with a 161g payload. This makes it feel exceptionally sturdy when held in your hands, which further reinforces its manly looking aesthetics. 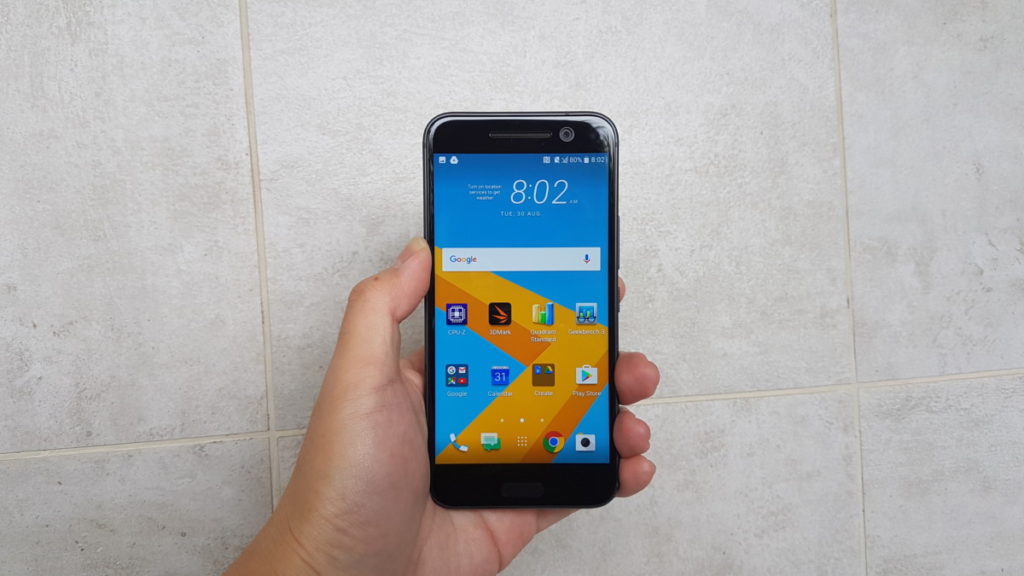