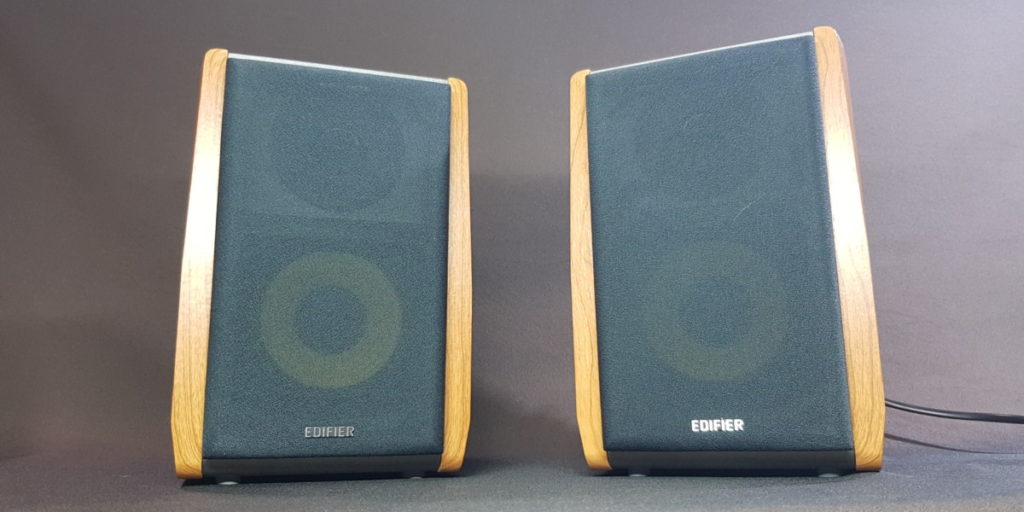 The affordable Edifier R1010BT pairs up wireless connectivity with fair audio performance to make it a viable option for those looking for a budget bookshelf speaker intended for casual listening.

As an audio brand, Edifier has a history that spans over a decade back to the mid-90’s. One of their most recent offerings, the Edified R1010BT Powered Bluetooth speakers intends to bring quite a bit to the table without costing an arm and a leg.

In terms of presentation, the Edifier R1010BT is a rather spartan affair. The whole package is bundled in a sturdy cardboard box about the size of a microwave oven with the cont2.ents within protected by styrofoam inserts. Popping the seals open revealed two speaker housings, a quick start manual, a 3.5mm to RCA audio cable, a female 3.5mm to RCA audio cable and a speaker connection cable, all sturdily ensconced within the aforementioned styrofoam inserts. 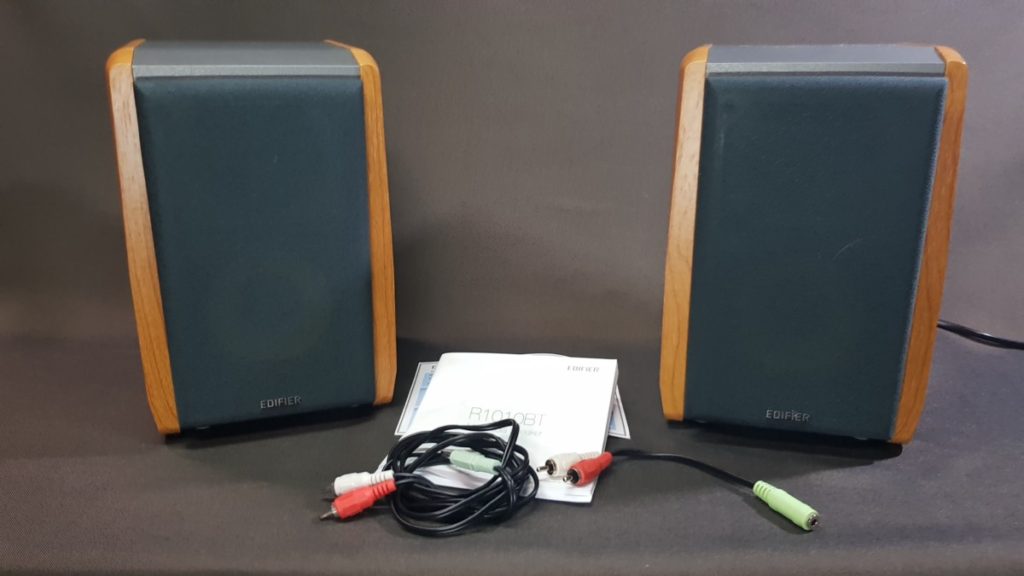 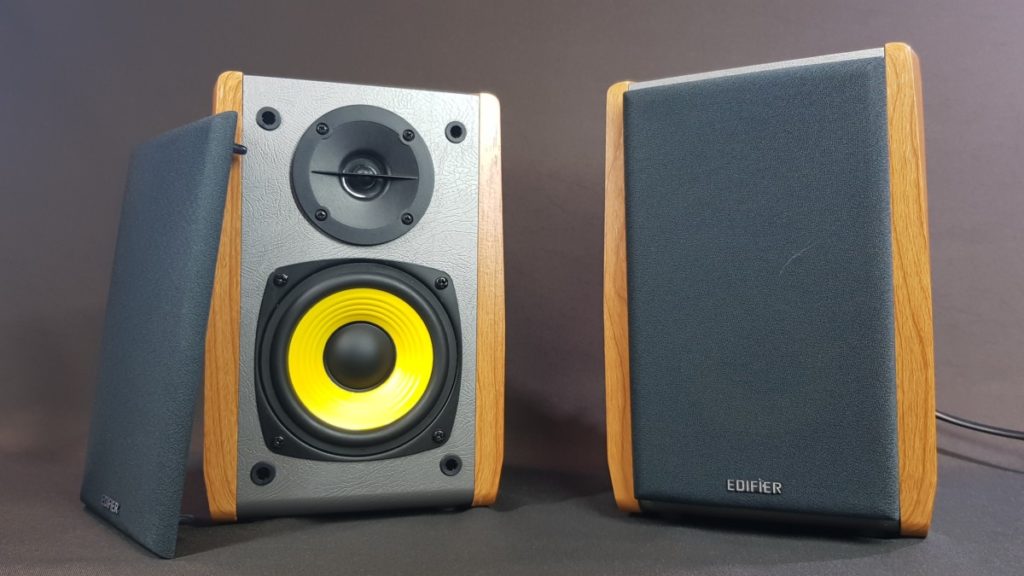 The grilles themselves are held in place by pegs and can be removed as needed as they’re mostly there to keep the dust out. To ensure they don’t accidentally  judder off a mantelpiece and for proper acoustics, both speakers sit on top of a quartet of sound insulating foam feet. All this makes for a rather classy looking setup that is ideal to frame a PC desktop or mayhaps a modest bookshelf. If chestnut isn’t your style, the speaker also comes with a matte black faux wood finish. 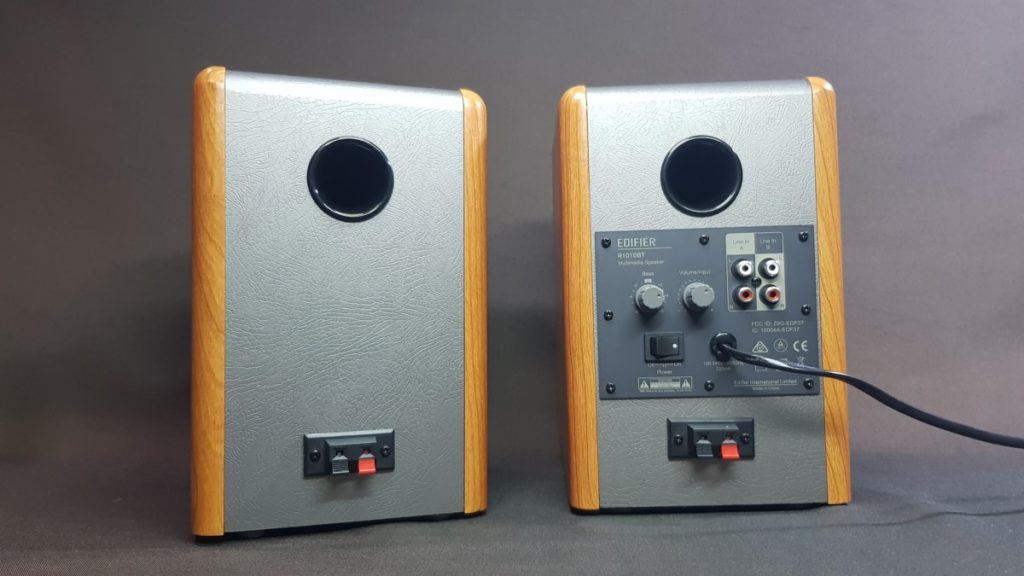 The rear of the primary R1010BT speaker comes with most of the controls and ports. The bottom comes with a pair of spring-loaded wire connectors that pair up to the secondary passive speaker. In terms of controls, you get a power on/off switch, a bass dial and a clickable volume dial cum source selector. Holding down the volume button fires up the Bluetooth pairing protocol and also lets you swap between wireless or wired connectivity which is indicated via a blue or green glowing LED light emplaced on the front speaker array; blue means you’re hooking it up wirelessly while green means a wired connection. While it makes for a cleaner look, the placement of the controls and cabling at the rear means that it is ergonomically awkward to access and preempts certain placements in your domicile.

Getting it set up is straightforward by hooking up the connection cables and connecting it up to the mains. Once that’s done you’re ready to roll. Pairing it up via Bluetooth took a couple of tries to scan and pair it after being tested with a variety of phones, notebooks and whatnot though you’re limited to two devices max notwithstanding the traditional wired connection. 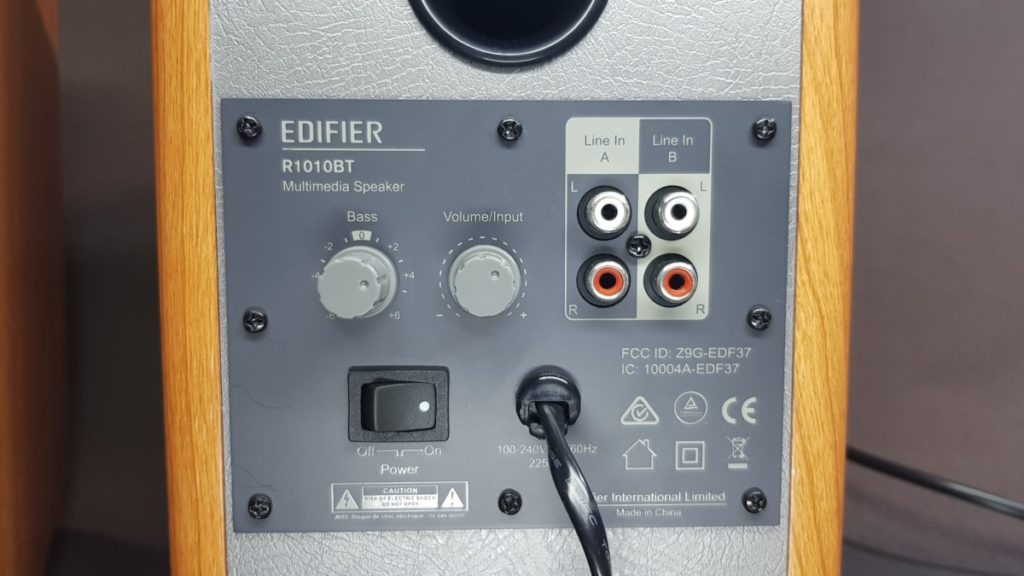 On paper, there is supposed to be minimal acoustic difference between leaving the dust covers on or off but we generally preferred keeping them on to prevent misplacing them. Wired connections are preferred of course for latency concerns though the R1010BT’s provided Bluetooth was serviceable albeit spotty at times with occasional dropouts and offering enough distance to span the average living room. In any case, this isn’t much of an issue seeing that it’s intended for static use with mayhaps a PC, a console and mayhaps a mobile device like a phone or two. 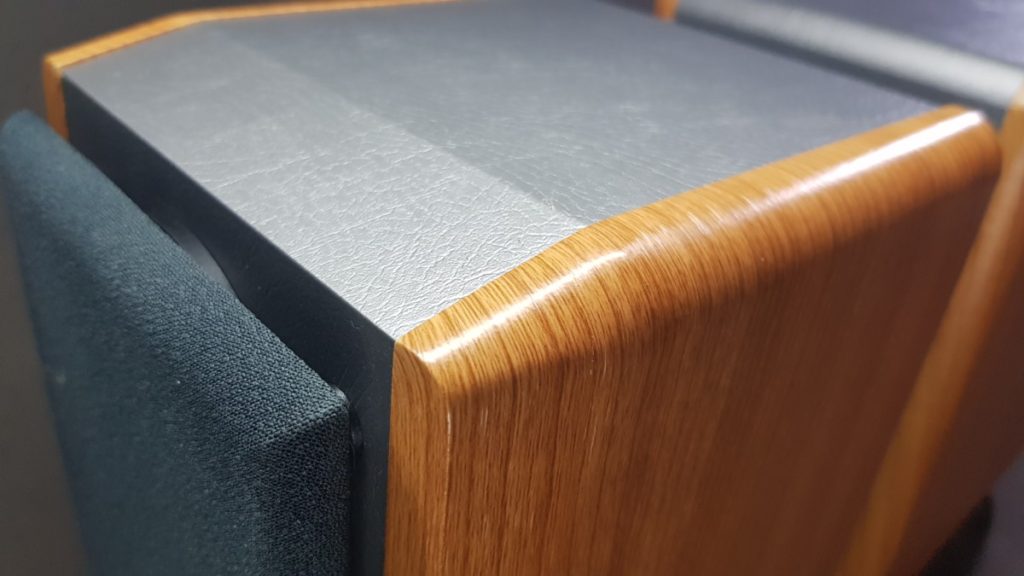 When subjected to a range of tracks across multiple genres as well as a modicum of gaming and movie watching, the R1010BT provided generally fair if middling performance across the board. In terms of volume, the R1010BT brings plenty to the party and is able to kick out enough sound without distortion to terrify the neighbours when cranked up to maximum.

The sound stage for this 2.0 speaker is on the whole rather shallow so there’s little sense of depth or staging. The provided bass was rather breathy and boomy tapering to non-existent on the lower registers though it was serviceable for registering small arms fire and explosions in Far Cry 5 and CS:GO. Treble as a whole was handled in a lacklustre fashion, with Norah Jones and Joanna Wang’s dulcet voices seemingly lacking their usual lustre though in commiseration the speakers offered clear voice separation from the accompanying instruments. 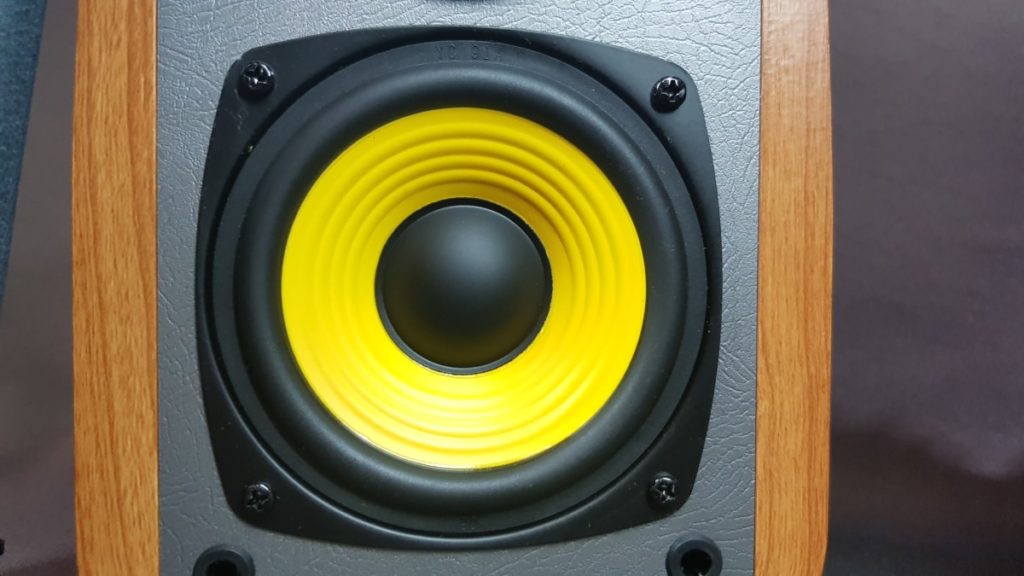 In general, the R1010BT is not intended for audiophiles or serious music listening but it does the job if what you need is volume – and plenty of it – along with enough clarity for general use for the odd YouTube video, a quick game of CS:GO and mayhaps your phone music playlist.

With a price tag of RM399, the Edifier R1010BT veers towards the cheaper end of the scale when it comes to bookshelf speakers. The addition of wireless connectivity is a pleasant bonus and lends it greater versatility beyond its intended limits as an enhancement to a console or desktop PC setup though the lack of a remote control as well as the awkward placement of what few dials it has on the rear of the speakers means it has some ergonomic challenges. That aside, if you need a loud, relatively cheap speaker for general use, this is worth a look. 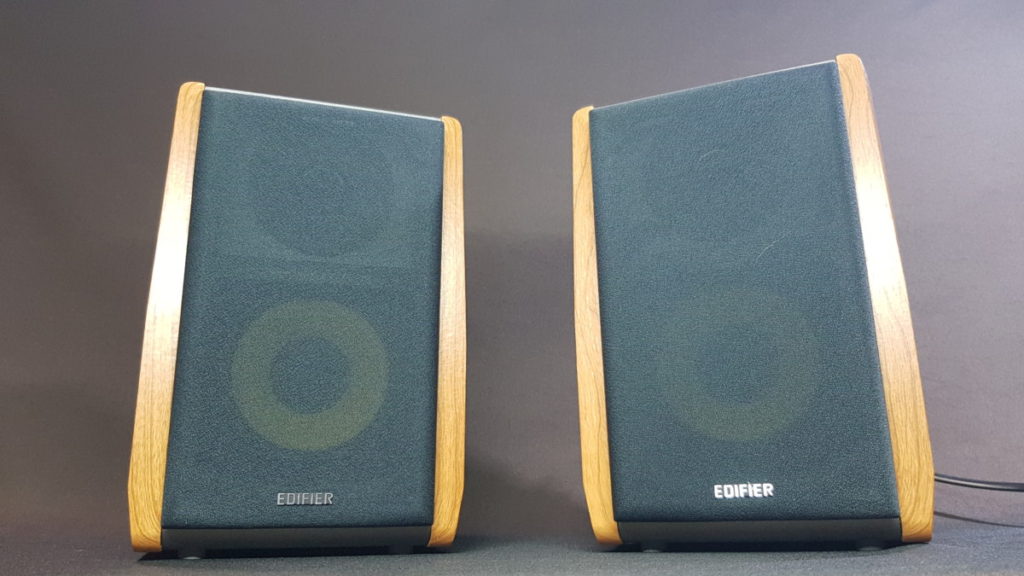 What we liked – Good build quality for price, Bluetooth support, kicks out plenty of sound
What we didn’t Doesn’t support APT-X codec, odd placement for controls, flat soundstage
We Say – The affordable Edifier R1010BT pairs up wireless connectivity with fair audio performance to make it a viable option for those looking for a budget bookshelf speaker intended for casual listening.