The Asus Zenfone Max M2 is worth a look if you are on a tight budget and are looking for an Android One phone with a large display and battery.

Out of the box, the Max Pro M2, which also bears the model number ZB633KL comes with a fair assortment of accessories. You get a soft TPU casing, the obligatory charger cable and plug as well as a pair of plastic earbuds with silicone tips to make and take calls. Seeing as this is a budget offering, the phone lacks alternative earbuds to offer a better fit so you’ll have to make do with what you have.

In terms of design, the Max M2 looks somewhat similar to its pricier sibling the Max Pro M2 and its predecessor the Max Pro M1. The phone comes in a burnished dark gray finish all around with curved edges for better ergonomics and to avoid it snagging on objects in your pocket. The matte finish works in the Max M2’s favour as it repels fingerprints fairly well. The right side sports a volume rocker and a power button.

The left side comes with a triple card tray that allows you to to add in a microSD card as well as run two nano SIM cards, all at the same time. This is somewhat of a rarity in phones which is a point in its favour if you are wont to travel overseas or have a need to run two SIM cards on a phone. 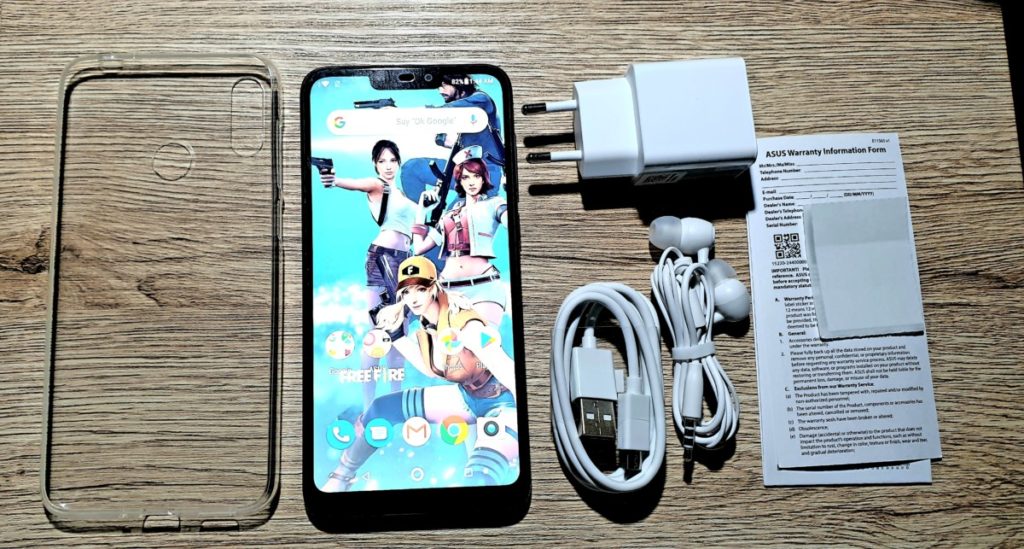 The base comes with a grille for the single mono speaker and a  microUSB port for charging and docking duties. The top of the phone comes with a 3.5mm audio jack.

The back of the Zenfone Max M2 bears a rounded fingerprint reader in the upper quadrant along with the dual camera array emplaced in the upper left corner. Up front, the phone sports a fairly large notch to cram in the large 6.3-inch HD+ display though it compensates somewhat by having exceptionally slim side bezels. For its price, the phone looks sturdily built and feels nice when held.

On the hardware front, the Zenfone Max M2 is very modestly specced for a circa-2019 phone.  You’re getting a Snapdragon 632 1.8GHz octacore processor, an Adreno 506 GPU, 3GB RAM and a somewhat low 32GB of built-in storage though this can be compensated for somewhat via the triple card slot in the Zenfone Max M2.

Compared to the entry level version of the Zenfone Max Pro M2 that you can buy in Malaysia, you’re paring off RM150 from the stock model of the Max Pro M2 with 4GB RAM/64GB storage for a lower resolution HD versus Full HD display in the Max Pro M2, less RAM and storage, a slightly slower processor and a smaller battery.

Unlike the beefier Snapdragon 660 processor running in the Max Pro M2, the Snapdragon 632 in the Max M2 is a bit less capable with its 8 Kryo 250 cores running at 1.8GHz versus the Snapdragon 660’s higher clocked 2.2GHz speeds. To be fair, the Max Pro M2’s own 660 SoC is a bit of an oddball as it’s deliberately underclocked to 1.95GHz, presumably to tackle power management concerns. On paper, this means that the phone sports an effectively entry level chipset intended for more affordable phones which is exactly what the Zenfone Max M2 is from within and without.

In terms of synthetic benchmarks, the phone got a score of 103,135 in Antutu 3D, a single-core score of 1,260 and a multi-core score of 4,744 in GeekBench 4.0, a PCMark score of 5,873 and a very modest score of 523 in 3DMark Sling Shot Extreme – OpenGL ES 3.1 and 547 points in 3D Mark Sling Shot Extreme Vulkan. This puts it a notch behind the Max Pro M2 in performance on all fronts.What contributes to its nippiness is that it runs Android One, which means it ditches most of the bloatware festooning an Asus phone  but it still does not resolve the pitfalls of the series since the debut of the M1 last year – poorly designed camera firmware which we’ll elaborate on later.

In practice and under actual field conditions, the phone proved serviceable for basic tasks. Opening browser windows, answering texts and social media all opened up in a fairly fast fashion but more intensive tasks like gaming encountered several seconds of load-up time with the likes of battle royale game PUBG taking over a good minute to load and even then, it was only able to run at low settings.Another particularly irksome matter is that it’s chock full of Garena branding with the home screen sporting an image of their Free Fire battle royale game which is also incidentally preloaded onto the phone.

The large if somewhat low resolution 6.3-inch HD+ display up front is serviceable though it is only legible under bright sunlight if you dial it to maximum with otherwise fair colour rendition and detail.

What does work in its favour is that you’re getting a lot of screen real estate for what you pay for even with the addition of the fairly large notch up top with the touchscreen offering an 88% screen-to-body ratio. The single mono speaker at the base is loud though it lacks punch with poor bass and detail but it’s otherwise serviceable for watching the odd YouTube or Netflix episode on the go.

The rear dual camera array on the Zenfone Max M2 consists of a primary 13-MP camera with an F/1.8 aperture paired up with a secondary 2-MP depth sensor. The front sports an 8-MP f/2.0 selfie camera along with a dedicated LED flash. There’s no optical image stabilisation though it does have phase detection autofocus (PDAF) which is the usual for its intended price range.

The user interface for the camera is akin to the one present on the rest of their Android One devices and is a clunky affair to navigate with a dearth of options. The camera UI also lacks AI Scene Detection but auto mode gets most of the basic stuff right including the obligatory scenery and food shots.

There’s a HDR mode, a Sport and Night mode along with a Pro mode as well as the option to fire up a Beautify mode for both the front and rear camera. If you want HDR mode, you’ll have to manually swap to a dedicated mode for it, which will likely make you miss the money shot. 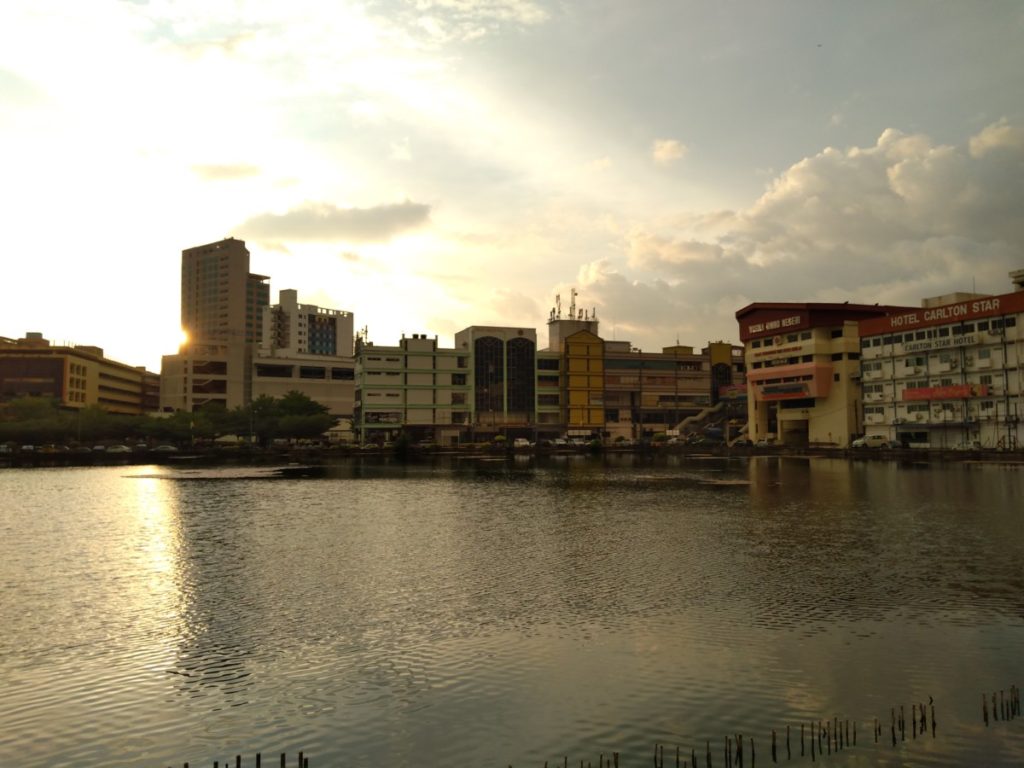 Images under daylight conditions from the rear camera on auto mode are good for social media use with great colour rendition and fair detail but the moment you encounter dimmer lit scenarios past sundown or indoors, the camera falters with graininess to images if you peep at them up close. A tripod and a steady hand can yield excellent results such as this evening shot of a lake and this close-up macro of a fly prove though with the caveat of having good lighting.

The front-facing selfie camera proved to be merely adequate with poor colours  with daylit shots that are useful for an off-the-cuff Facebook selfie or two but aught else. As expected, it’s small 8-MP sensor produces grainy images under low light. 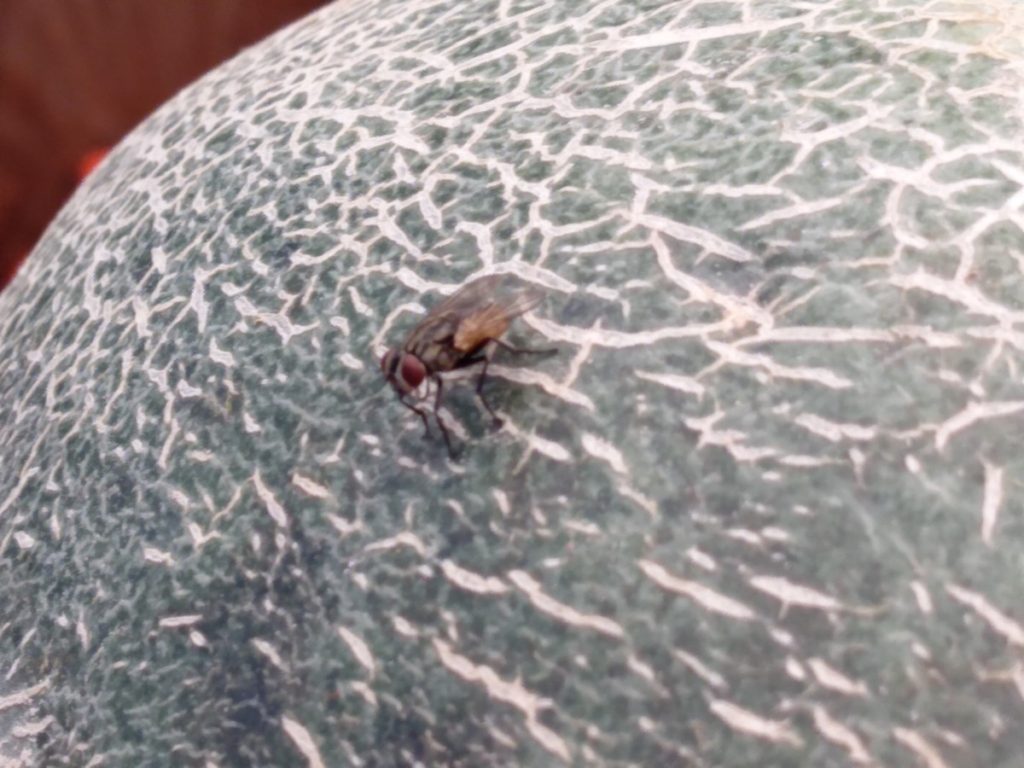 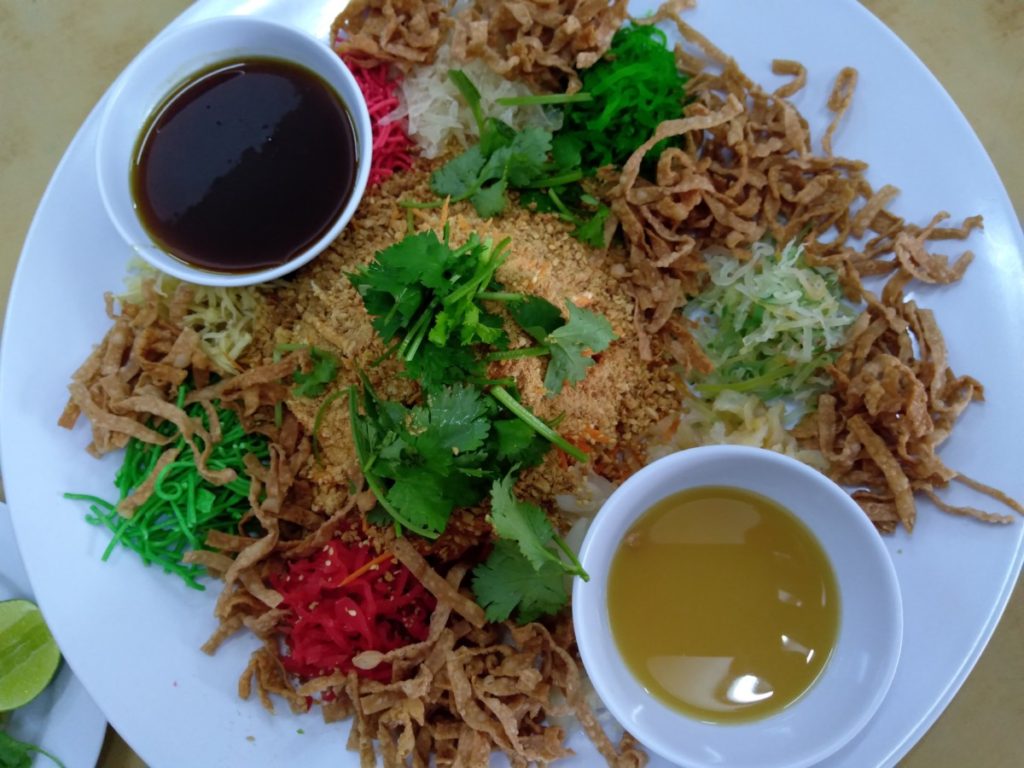 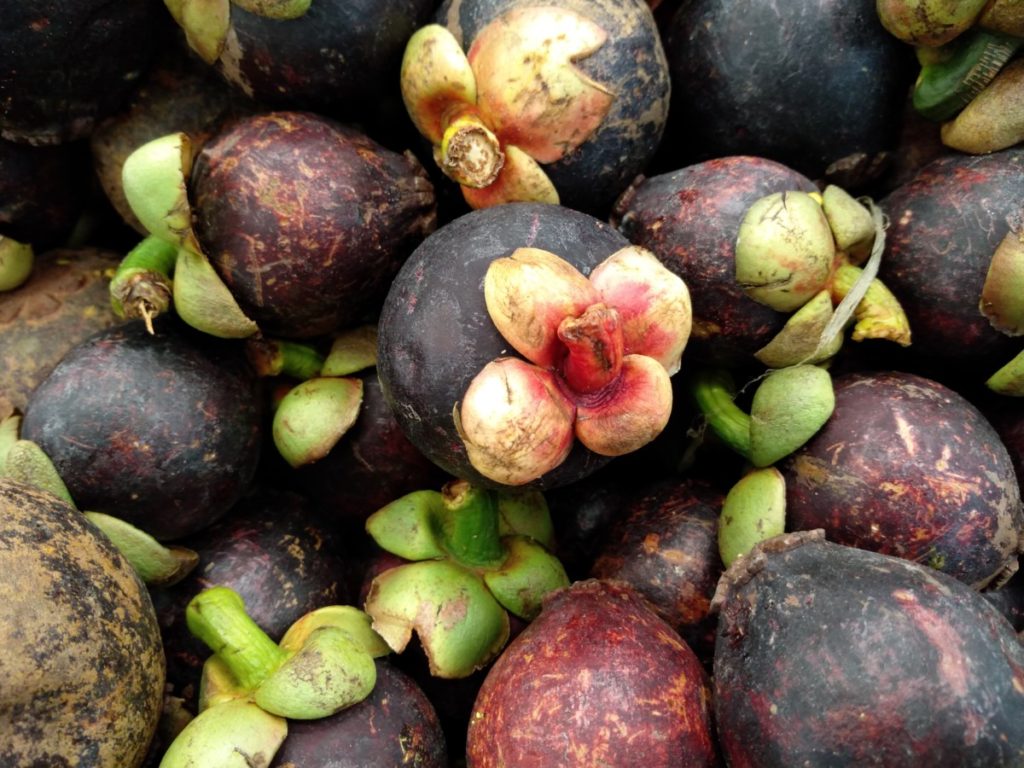 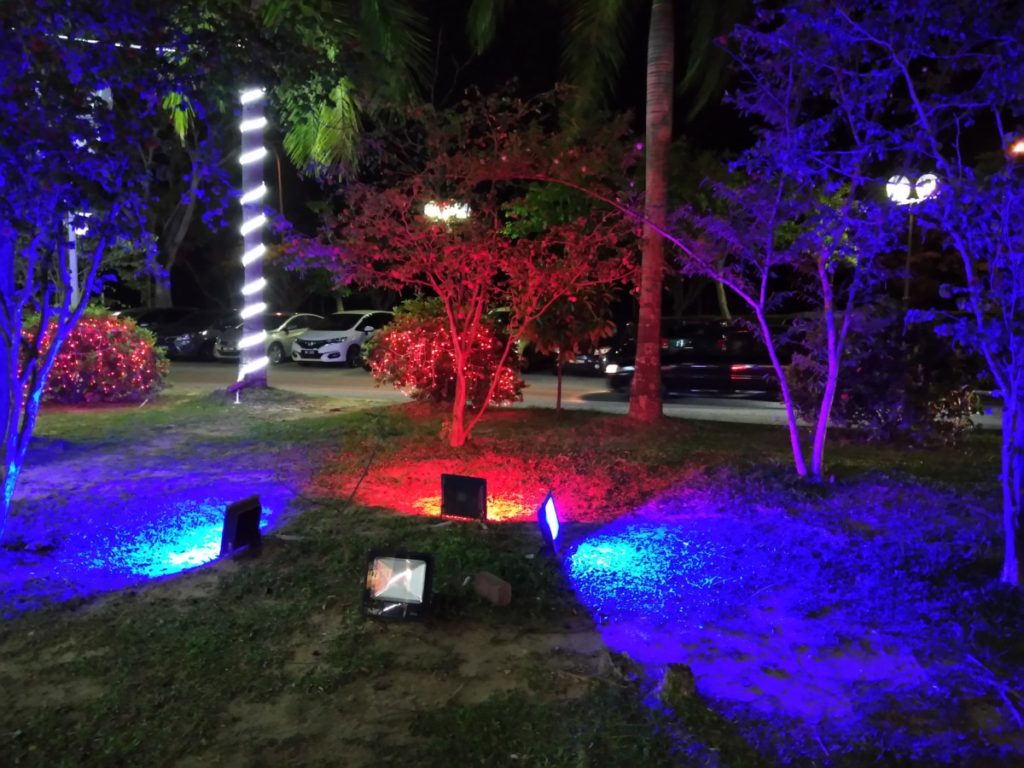 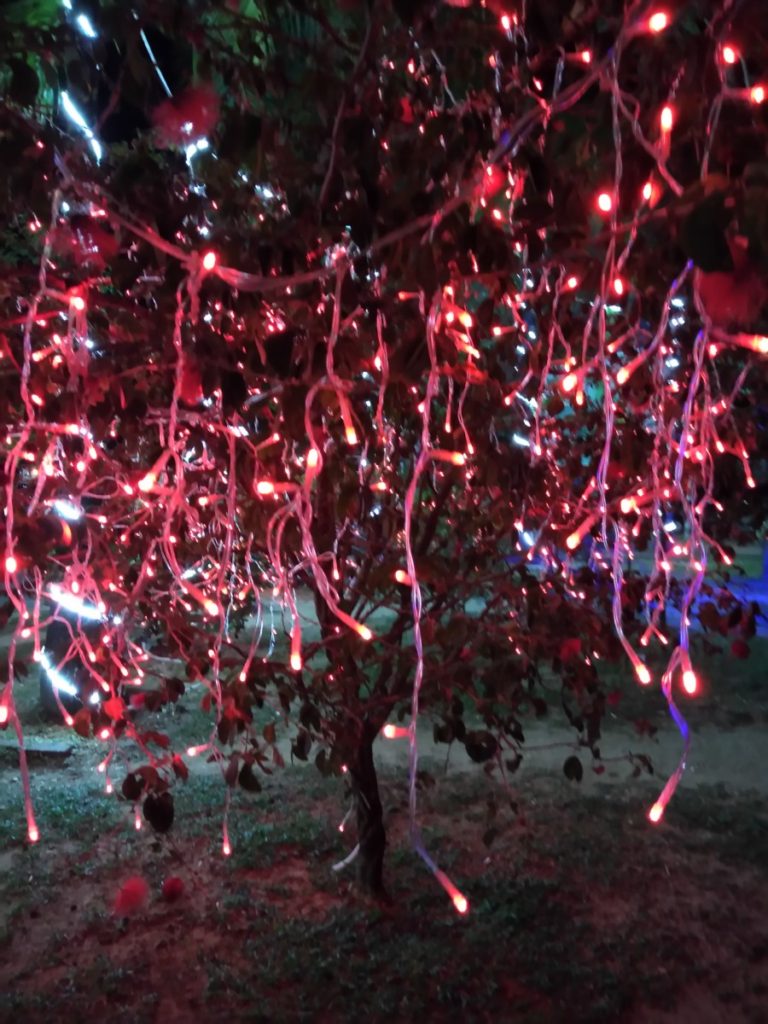 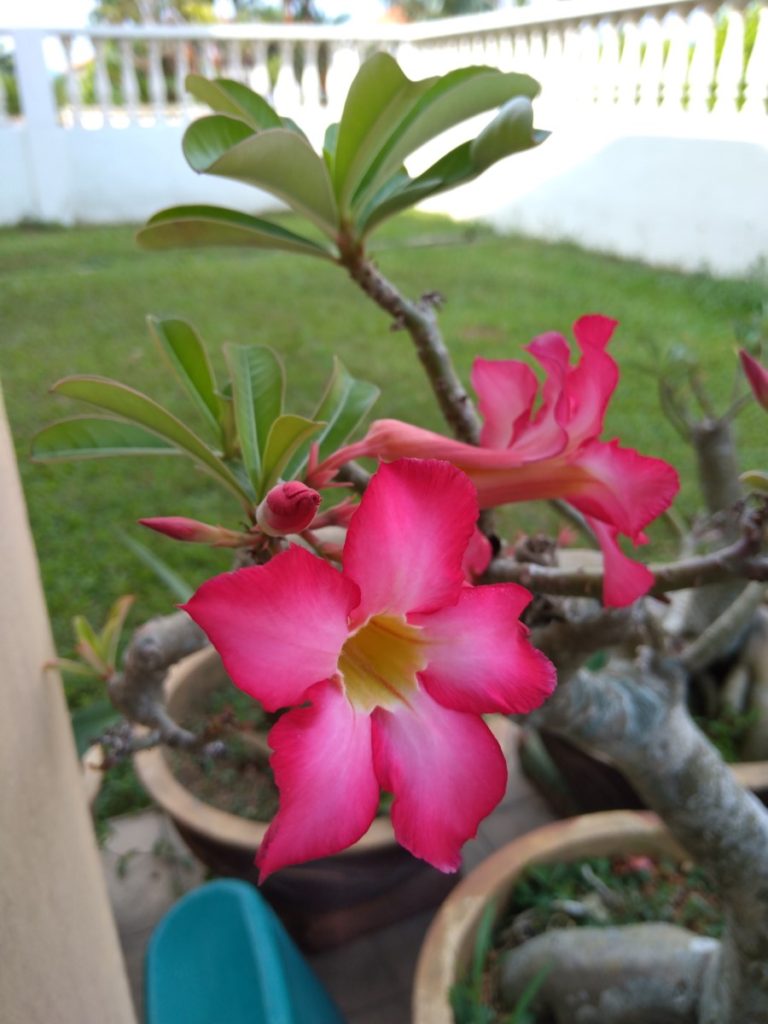 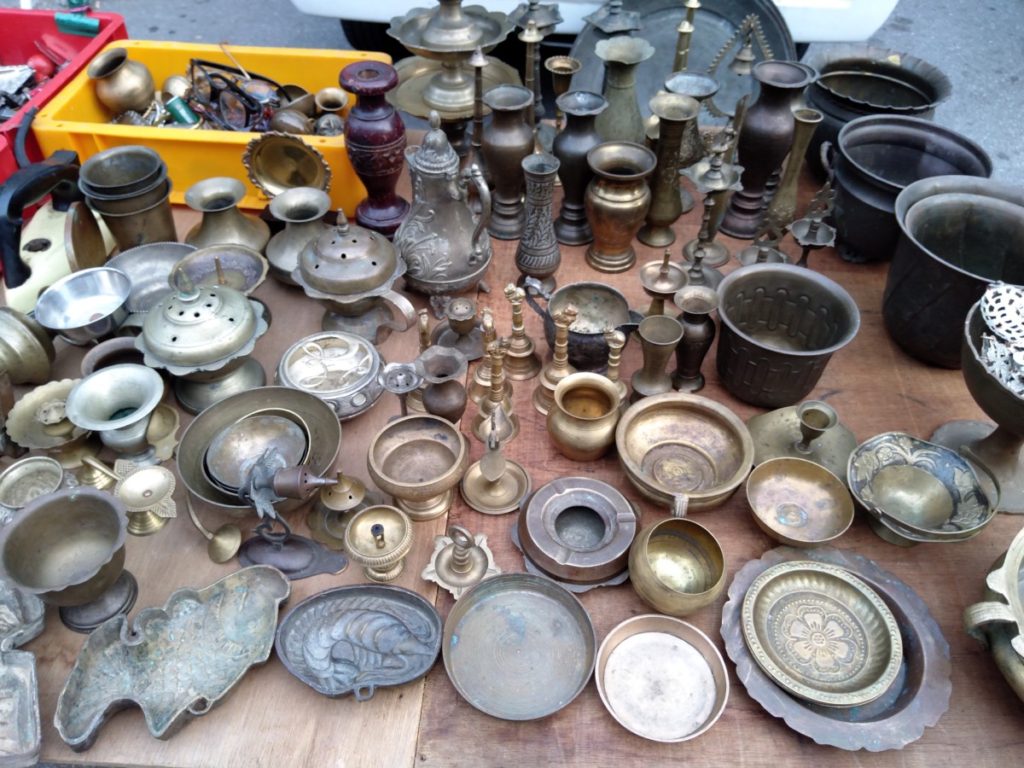 The Zenfone Max M2 comes with a 4,000mAh battery charged by a microUSB port at the base of the phone. This is 1,000 mAh smaller than the 5,000 mAh battery in the Max Pro M2. Fortunately, the modest resolution of the display and its relatively power efficient processor combine to offer surprisingly good battery life measuring in at a day and a half worth of normal use.

Even with data on all day from dawn to dusk, regular web browsing, emails and social media, the phone was able to easily last a day with sufficient reserves to last the next day though you’ll likely need to top it up by the midday. Charging it to full capacity takes slightly over a couple of hours from dead zero which is a pretty unexceptional duration.

As it stands, the Zenfone Max M2 brings to the table the clean Android One experience, a large HD+ display and good battery life though this is tempered by middling performance in other aspects including less than stellar camera performance. The fact remains that it is one of the cheapest Android One phones available locally, which will likely endear it to purists on a tight budget. If you can spare a bit more dosh, the Zenfone Max Pro M2 is a better bet for your money.

What we liked – Runs Android One, fairly decent rear camera for price category, triple card slot (2 SIM + microSD card), good battery life
What we didn’t – Lags on occasion, middling performance, poor camera performance under low light
We say The Asus Zenfone Max M2 is worth a look if you are on a tight budget and are looking for an Android One phone with a large display and battery. Spring out for a bit more cash and you can get the more capable Max Pro M2.