ASUS’s latest successor to their ZenFone line is a significant step up for them in many ways. Rather than the plasticky designs of its predecessors, the ZenFone 3 sports a flagship-class, bespoke glass and metal build which looks and feels exceptionally classy. It is also one of the first ZenFones in their line-up to sport Qualcomm’s Snapdragon processors and incidentally the first phone to come with Qualcomm’s new Snapdragon 625 SoC rather than the Intel processors of yore. 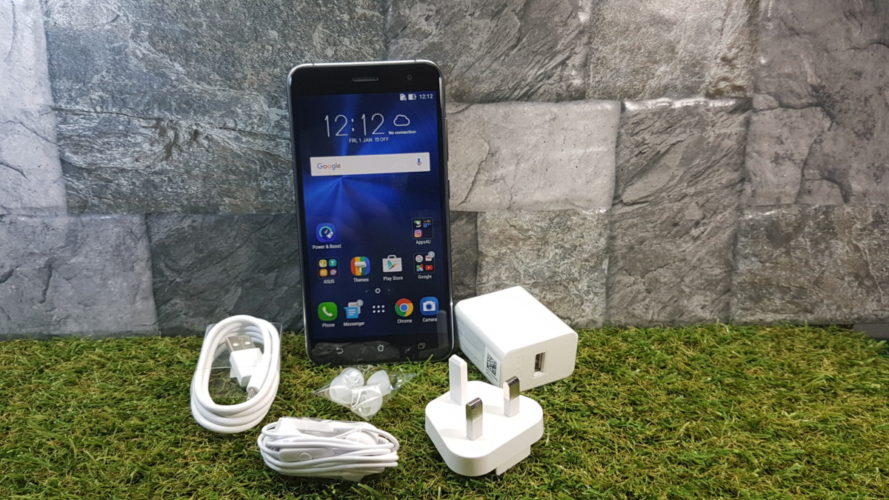 Externally, the casing is lustrously smooth to the touch with excellent tactility and an even heft and weight that makes it a delight to hold. The sides are metal, sandwiched between thin layers of 2.5D Corning Gorilla glass on the front and back. Chrome lines the beveled edges, the fingerprint reader and the edges of the camera housing, further adding to the classy look. Aesthetically speaking, it’s easily the match of any flagship in the market. 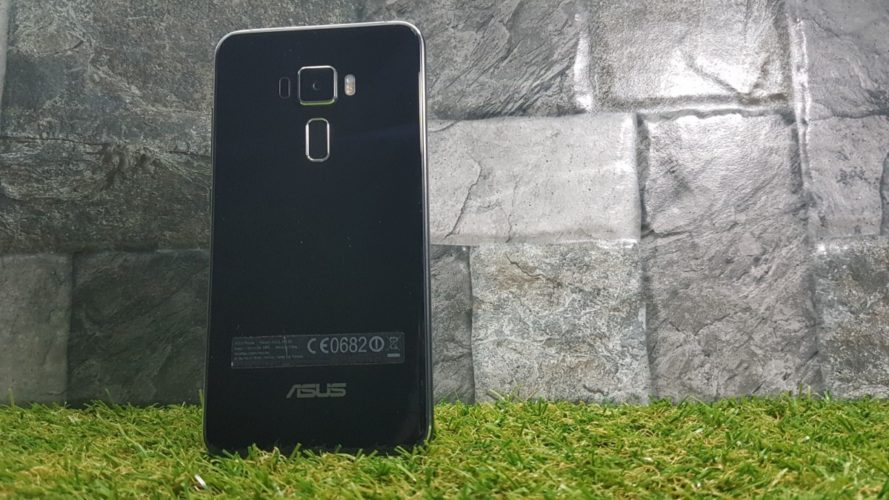 In terms of hardware, the ZenFone 3 aka the ZE552KL is somewhere at the upper end of the mid-range market. It comes with a Qualcomm Snapdragon 625 2.0GHz processor of recent vintage made with the new 14nM FinFet manufacturing process that offers more efficiency in terms of power expenditure and performance paired with an Adreno 506 GPU. The phone also comes with 4GB of RAM and 64GB of expandable storage via a hybrid SIM card that either lets you pack a SIM card and a microSD card or two SIM cards. At this price range, the ZenFone 3 is one of the few phones that offer this large an amount of storage and RAM for under RM1700. 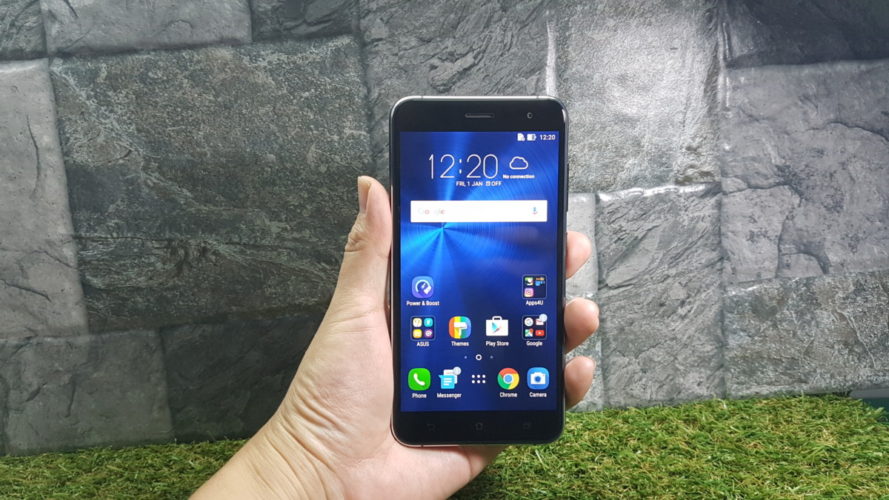 The front 5.5-inch Full HD LCD display is a thing of beauty with a crisp 401ppi and 600 nit brightness with super thin 2.1mm bezels on the edges. A smaller variant of the ZenFone 3 exists with a 5.2-inch Full HD display for those with smaller sized hands  but is otherwise similar in terms of hardware. Viewing angles on the ZenFone 3 are excellent with luscious colours and pin-sharp text onscreen, though they are understandably not as vibrant as what you’d see on an AMOLED display. The Fifth Element in Full HD was a delight with Leeloo’s fluorescent locks and vibrant scenery looking delightful on-screen. Other videos were similarly delightful with Blade Runner’s dark tech noir imagery looking suitably moody with sufficiently deep blacks and relatively natural hues seeing the subject matter. If the colours don’t quite appeal, you can tweak them yourself via the built-in display tweaker that lets you modify hue, saturation and colour temperature on demand though the phone has a preset Balanced and Vivid setting as well as a Bluelight filter mode for easier reading. 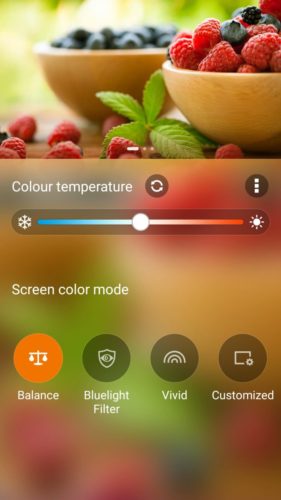 When put through benchmarks, the ZenFone 3 served up an average of 50fps at 1080p with high quality graphics on Epic Citadel. 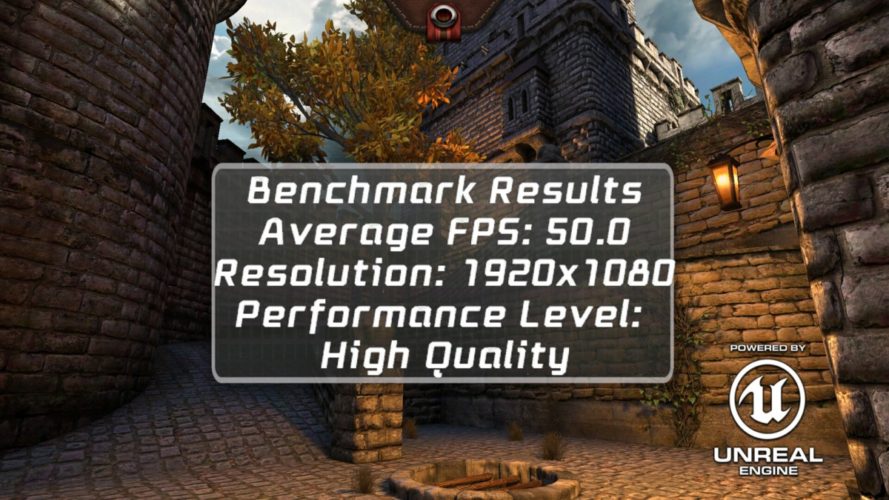 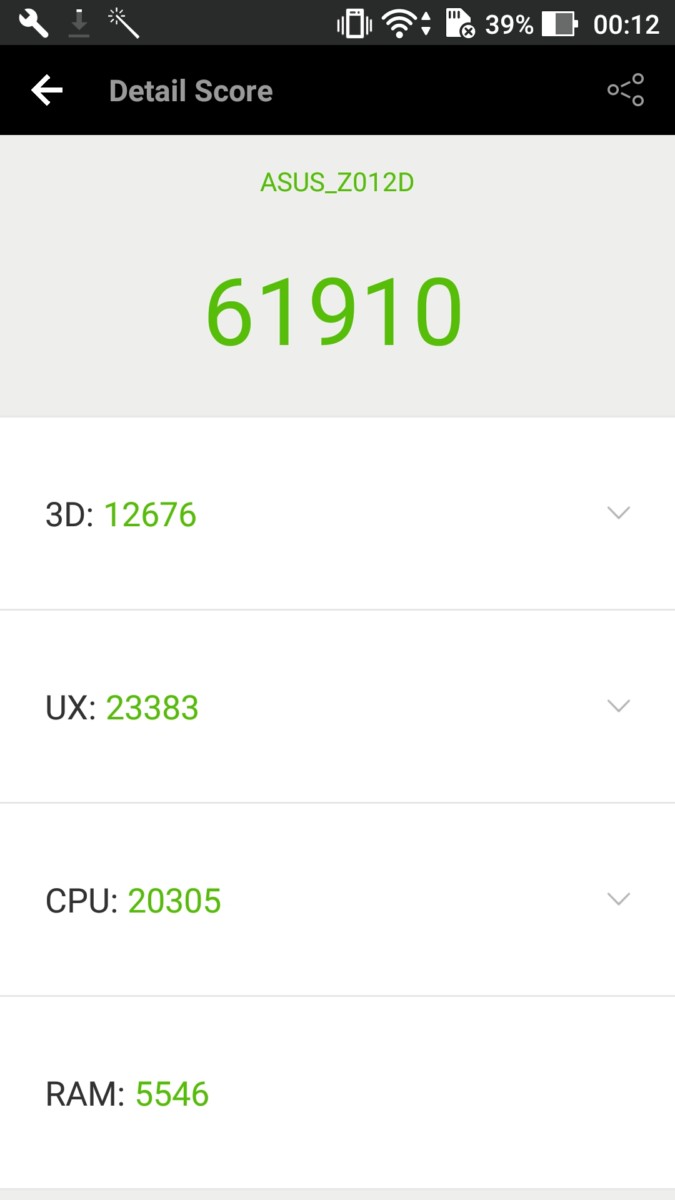 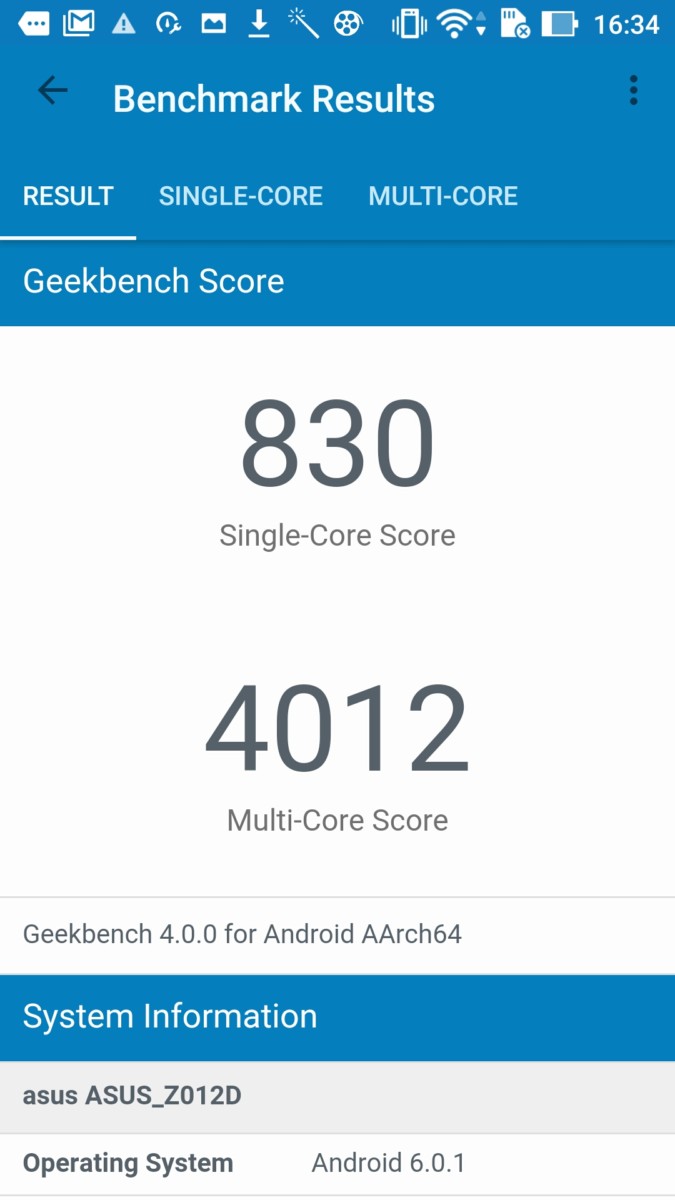 Synthetic benchmarks aside, the ZenFone 3 ran Warhammer 40,000: FreeBlade at maximum settings, with silky smooth frame rates and plenty of explosions on-screen while the game Asphalt 8: Airborne ran like a dream. Multiple websites and apps opened in a flash and general use was otherwise zippy and smooth. 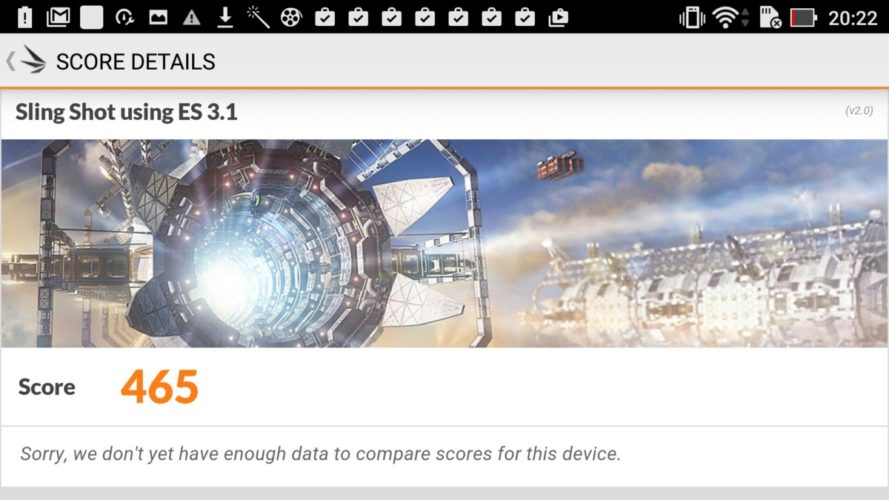 Overlaying Android Marshmallow 6.0.1 is Asus’ own Zen UI that is otherwise serviceable though it still retains a ton of unnecessary bloatware that overlaps on the functionality of existing apps and, in some cases, are unnecessary like their ZenTalk forum app that lets you access their online Asus forums directly for product related inquiries, though the odds of you using it more than once is extremely unlikely. Others are purely bloatware like a Laser Ruler that lets you measure stuff and, assuming you’re a bloke, the BeautyPlus selfie app that fixes your mug on-screen. Some baked-in apps offer a modicum of utility like the Asus Mobile Manager that lets you manage your power settings, data usage and storage in one fell swoop. 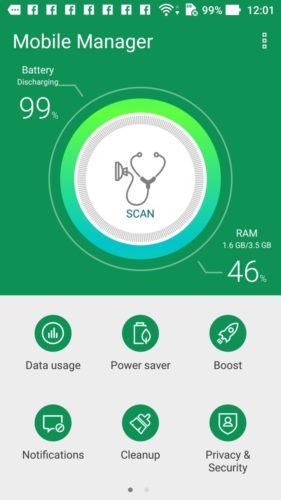 Another interesting app that actually is of significant utility is their Game Genie app that performs a similar function to Samsung’s Game Launcher. It hovers around in the background and optimises performance for gaming, lets you go live on Twitch or Youtube and record video for offline use. 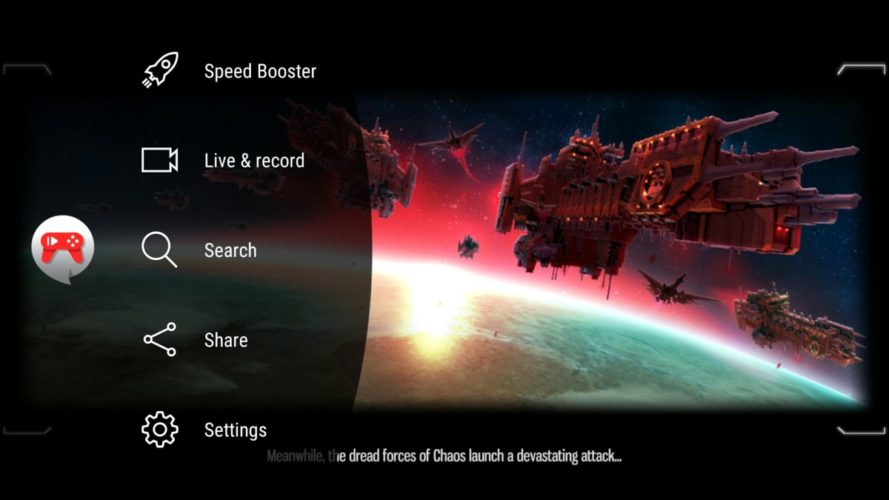 While it’s usually something neglected or given a perfunctory look over by many phone vendors, the ZenFone 3 does quite a bang-up job on the audio front. The phone supports Hi-Res grade audio playback, which means it’ll handily handle up to 24-bit/192kHz audio. The built-in five-magnet speaker at the base of the phone was able to serve up some pretty good music with no distortion even when maxed out. When hooked up to headphones or other audio gear that supports Hi-Res audio, the ZenFone 3 served up a lively soundstage and relatively good detail with some thumpy bass. 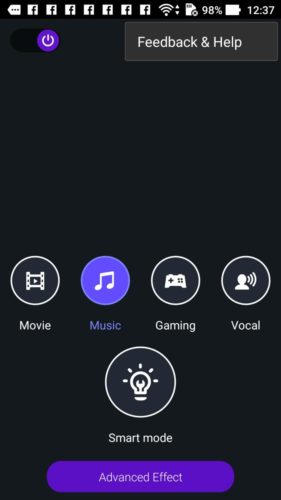 An Audio Wizard app lets you optimise audio for movies, music, gaming or vocals though you can kick in a Smart mode that lets the app swap between modes at will depending on what you are using and it adds a noticeable difference to gaming though it doesn’t quite work as well with more delicate orchestral tracks. Fortunately, the phone still retains a 3.5mm audio jack so you can still use conventional wired audio gear. 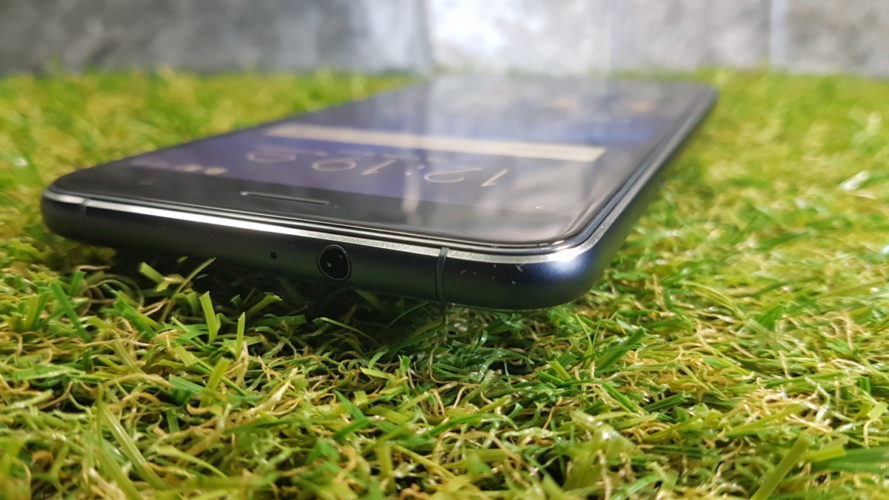 The rear fingerprint reader memorises up to five of your digits and allows quick access to unlock the phone. It’s rather responsive too and in terms of ergonomics, it lends itself to use by your index fingers. All said, there’s little to quibble about and the phone does an otherwise solid number on all fronts, more so for what you pay for. 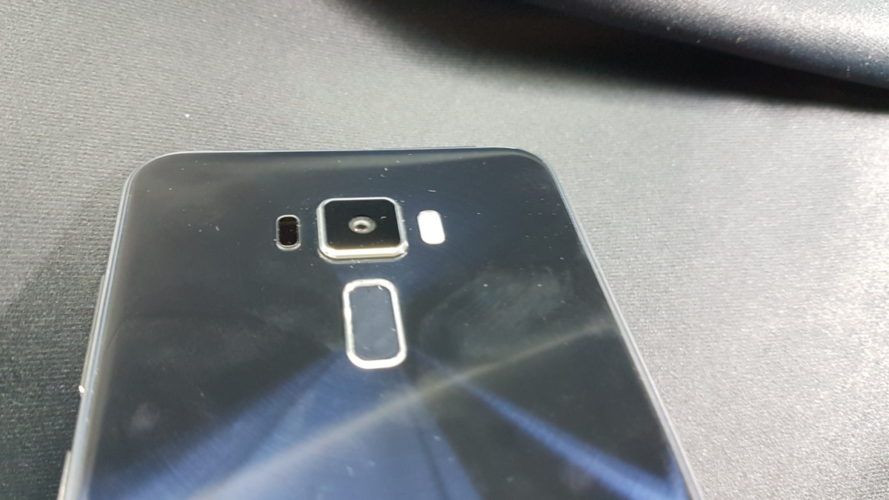