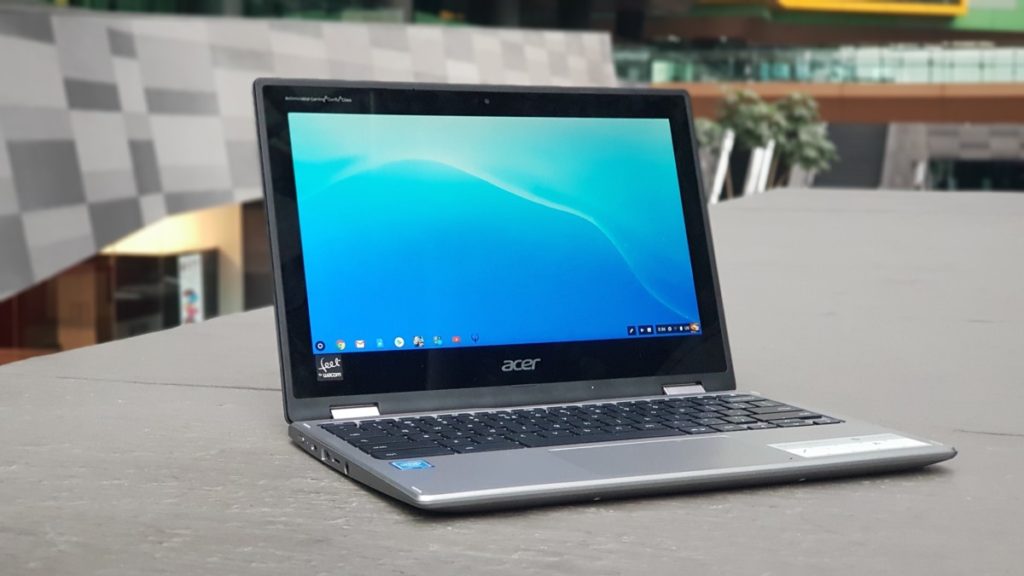 Solidly built with a decent keyboard, the Chromebook Spin 11 is ideal for casual users who need a robustly constructed 2-in-1 that can handle basic computing tasks.

Intended for casual users and students, the Acer Chromebook Spin 11 2-in-1 brings to the table a robustly built chassis that integrates an 11.6-inch touchscreen combined with a keyboard and sturdy hinges that allow you to convert from a traditional laptop form factor into a tablet as well as a tent-style display on demand.

The Chromebook Spin 11 is primarily constructed of sturdy plastic and is rather heavy at 1.35kg though not unduly so. It also veers towards the chunky side of things but is fortunately rather durable and can stand up to being tossed around in a backpack. 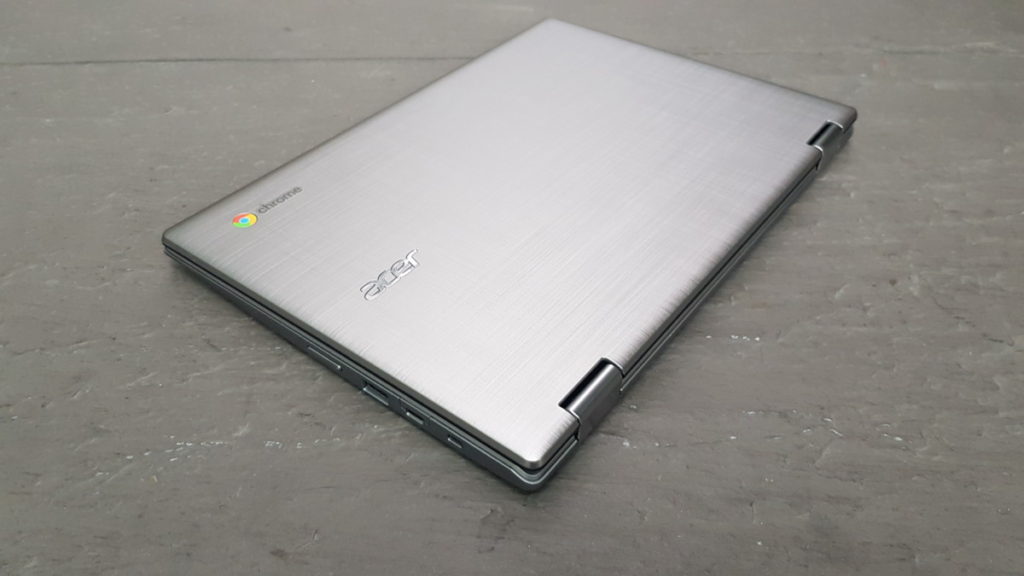 The top lid itself is made of polycarbonate akin to the rest of the chassis and consists of a woven thatched finish that renders it highly resistant to fingerprints. The 11.6-inch touchscreen display has HD resolution and fairly thick bezels which make it seem slightly dated. On the bright side, pun not intended, it is sheathed in Gorilla glass to stand up to day to day prodding and poking. 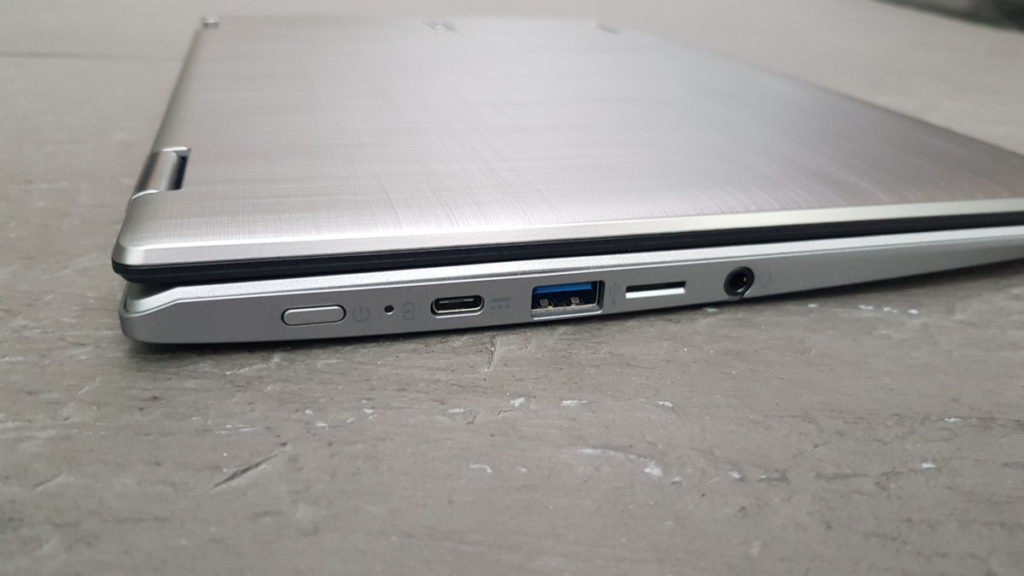 The island-style keyboard has a full complement of keys optimised for an Android environment. Gone are the usual function keys and here instead a row of Android-optimised shortcuts all across the topmost row that allow you to control audio volume, maximise apps, see what’s running and control brightness.

The keyboard also has a set of arrow keys in the lower right. Nestled right at the top is a 5-MP camera for webcam calls. Rounding things off is a generously sized touchpad that allows for pinch-zooming and other multitouch gestures in lieu of using the touchscreen. Acer has also thrown in a free stylus that interacts with the display though there is unfortunately no way for you to store it within the Chromebook or to even attach it to the side when not in use. 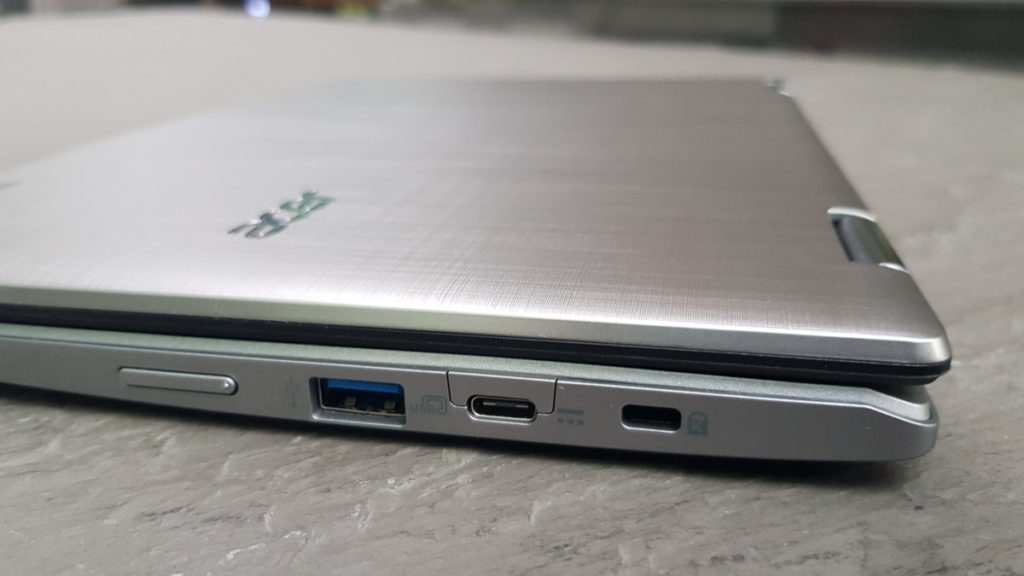 As you’d likely surmise from its designation, the Chromebook Spin 11 runs Google’s Chrome OS that offers a desktop-style interface and requires, for the most part, an internet connection to make full use of it.

Powering Chrome OS is an Intel Celeron N3450 quad-core 1.10GHz processor paired with Intel HD Graphics, 8GB RAM and 64GB of expandable storage via a built-in SD card reader. Seeing how light the demands of Chrome OS are as an operating system, this hardware setup is more than sufficient to have it ticking along nicely even under heavy workloads. 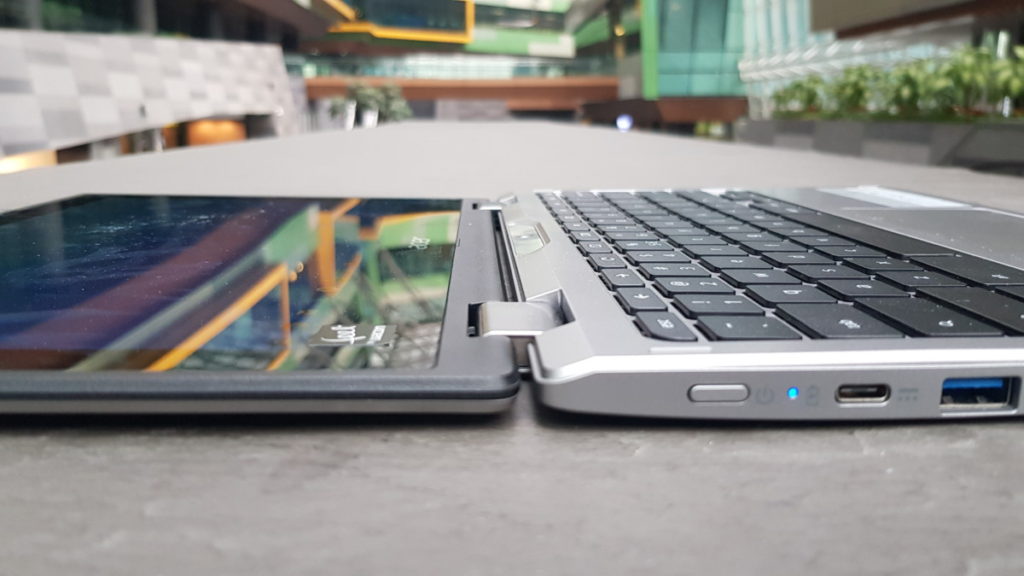 This time around, Chrome OS has enjoyed a bit of a polish. They’ve enhanced the file management system so that it’s a lot easier to navigate and accessing external storage drives is a whole lot easier now. One of the more recent improvements to Chrome OS is the ability to run Android apps off the Google Play store. Unfortunately not all apps from the Google Play store work flawlessly with the Chromebook and some won’t run at all or run in a somewhat gimped fashion. 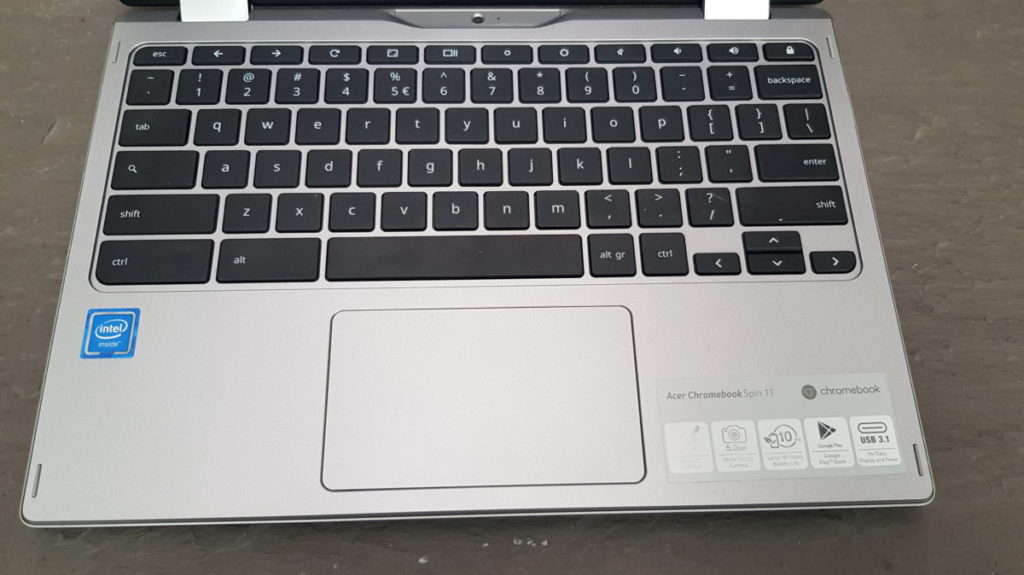 Getting it up and running requires you to have a Google account and an online connection. One minor caveat that remains in place with a Chromebook is that you’ll need to be connected online for a great many apps to work though you have a good selection of apps are usable offline, including most of Google productivity apps.

Once you’ve signed in and sorted out the formalities, you’re greeted with a desktop interface though you can’t leave app or web shortcuts on your desktop unlike a traditional Windows-style interface and are instead relegated to the ‘shelf’ at the bottom to allocate your shortcuts. You will need some familiarity with how the Chrome browser as well as its extensions and how Android apps work to get the most out of the Chromebook but it’s not an insurmountable task with some practice and experimentation. 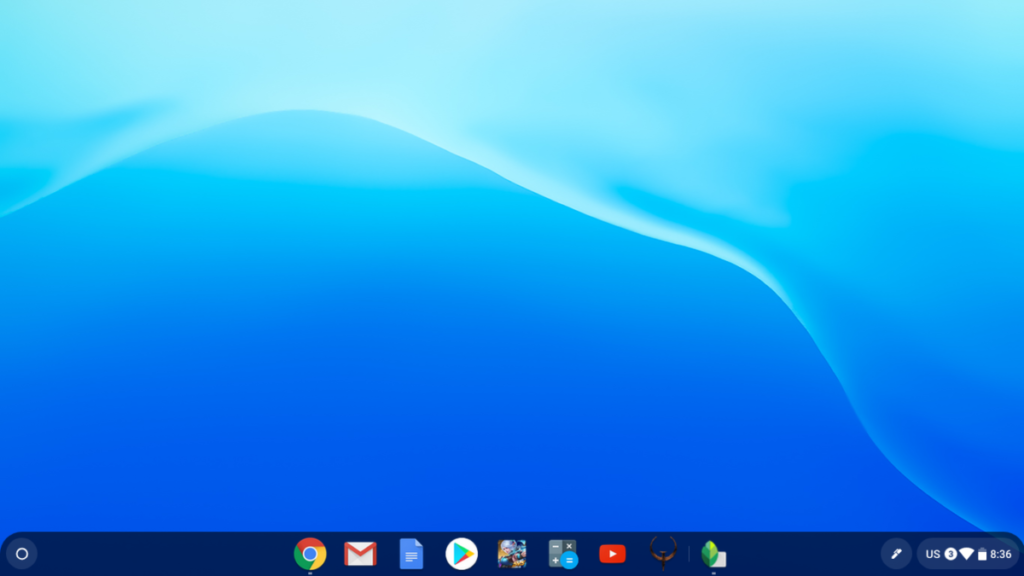 To get started, we set it up primarily to work with Google’s productivity apps and we got Google Sheets, Docs, Keep and Slides as well as image manipulation apps like Snapseed, Canva and Spark Post running without undue trouble.

Fortunately, users invested into Microsoft Office can also download the Office Suite of apps as an alternative and most of Adobe’s apps on the Play store are compatible with the Chromebook. For entertainment purposes, we also managed to download League of Legends, PUBG and Clash Royale. In the Chrome browser, we installed all our usuals including One Tab and an ad blocker, all of which worked flawlessly. 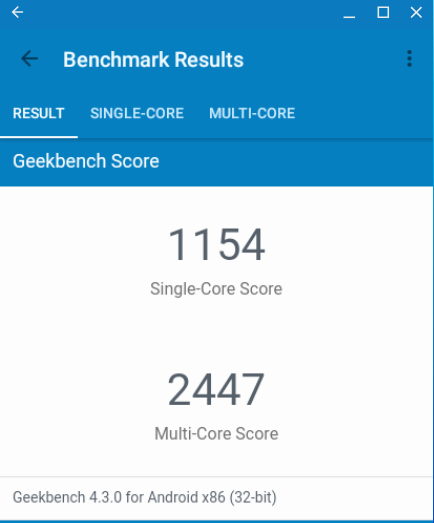 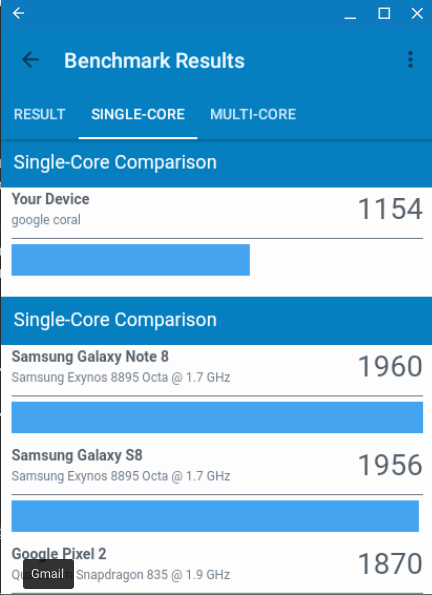 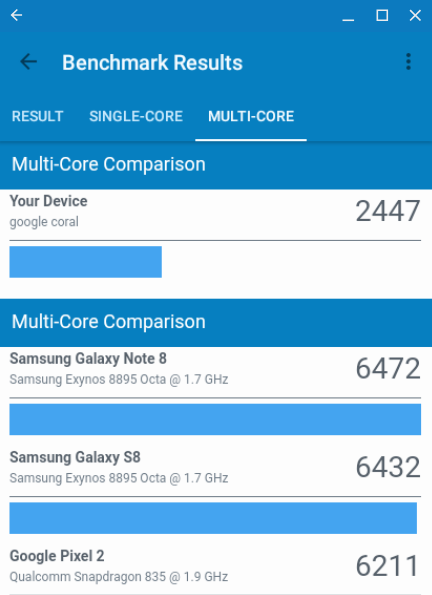 Many benchmarks don’t run in an accurate fashion on a Chromebook though we managed to test it with Speedometer where it averaged 21.1 runs per minute. Geekbench 4.0 did manage to work and yielded a single-core score of 1,154 and a multi-core score of 2,447 which are fair but unexceptional if compared to other devices. Fortunately, it performed in a far more competent fashion under actual field conditions. 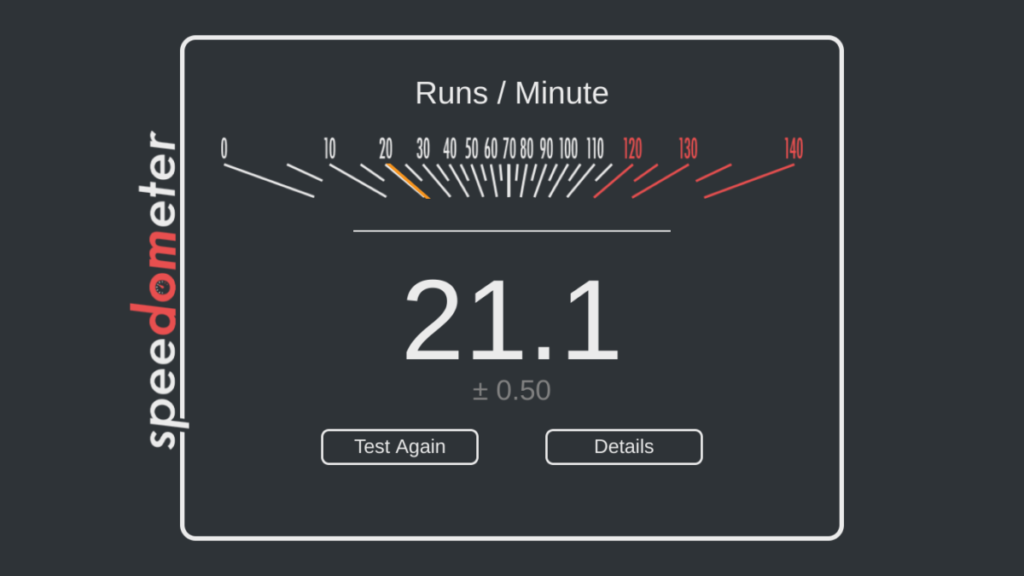 During testing, the Acer Chromebook Spin 11 was able to handle two simultaneously streaming Youtube videos, over a dozen open browser windows and even Asphalt 9 in the background without slowing down or keeling over. In terms of gaming, the Chromebook was able to handle its fair share though not everything ran smoothly as not all games were compatible.

Asphalt 9 managed to run flawlessly and even offered keyboard controls along with League of Legends though PUBG insisted that you use the touchscreen and was only able to run on low settings. 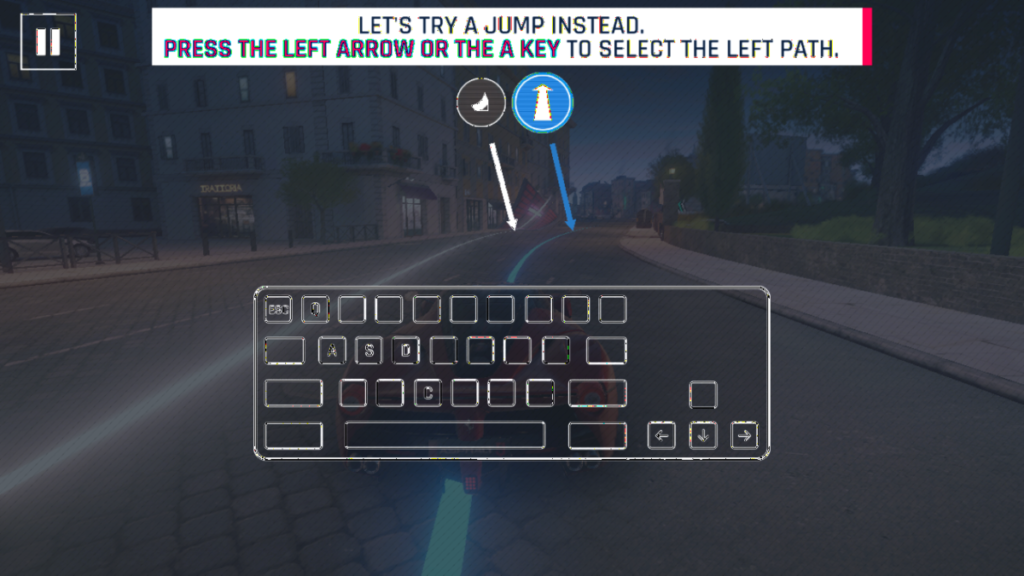 The keyboard proved highly responsive; combined with the wide layout, it allows touch typists to hammer out reams of text in a fairly short order.

The Chromebook’s touchscreen offered fair clarity under daylight along with decent colour reproduction though the HD resolution means that it isn’t the best option for enjoying streamed content. Luckily, proved very responsive towards touch input, which goes some way towards interacting with apps that decline keyboard input. 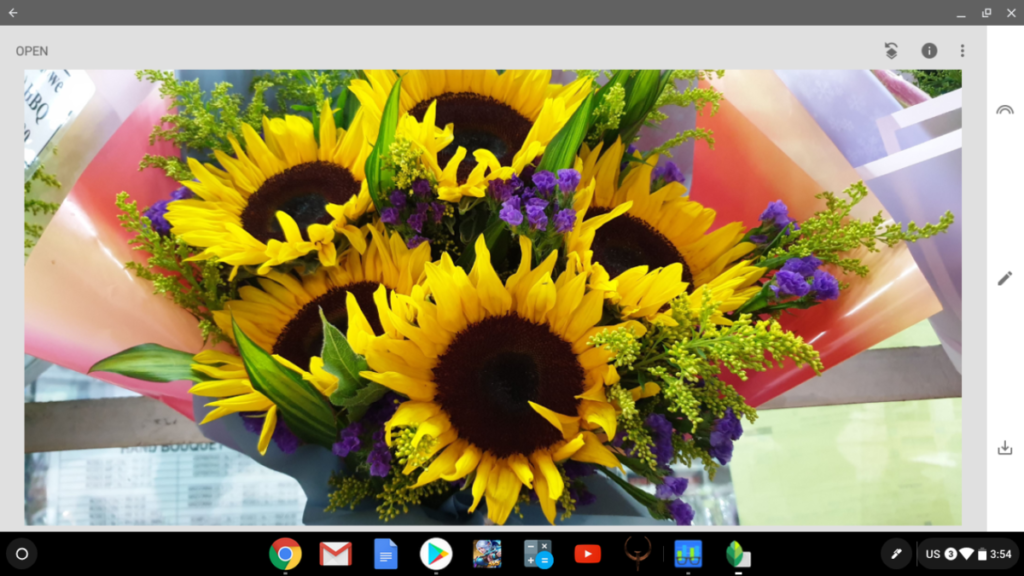 The built-in speakers were serviceable and were while they weren’t particularly loud, were capable of offering enough detail for casual listening to music and movies.

In terms of battery life, the Chromebook Spin 11 managed to deliver all day endurance enough to last the average work day. With Wi-Fi on and tethered off a hotspot, constant use of social media, an hour or so worth of gaming, an hour of video watching as well as several hours worth of Gmail and Google Docs, it yielded about six plus hours or so of viable usage before it needed a juicing which is an acceptable if unremarkable figure  though its ability to be charged via a Type C port means that it should be relatively easier to juice it in the field. 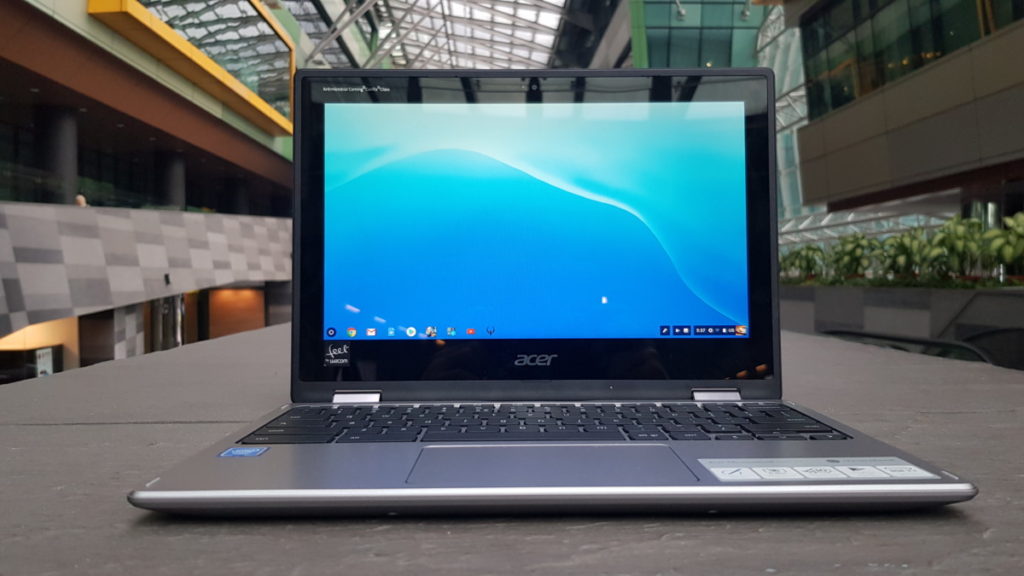 What we Liked Comes with a stylus, decent keyboard, sturdy build quality, generous number of ports
What we Didn’t Modest battery life, keyboard not backlit, no way to store the stylus within the Chromebook
We Say Solidly built with a decent keyboard, the Chromebook Spin 11 is ideal for casual users who need a robustly constructed 2-in-1 that can handle basic computing tasks.