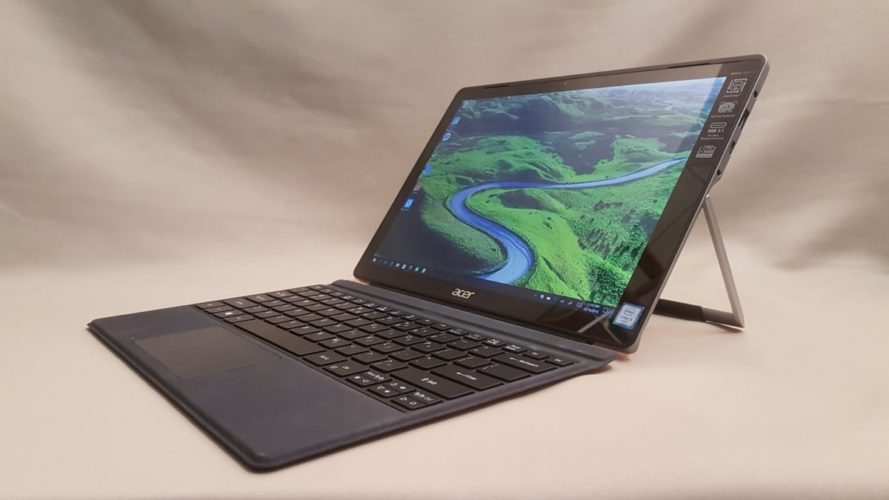 The Acer Switch Alpha 12 cribs quite a few design notes off the Microsoft Surface Pro 4 and even improves on it somewhat while offering pleasantly robust build quality at a price that’s even cheaper than what inspired its design. 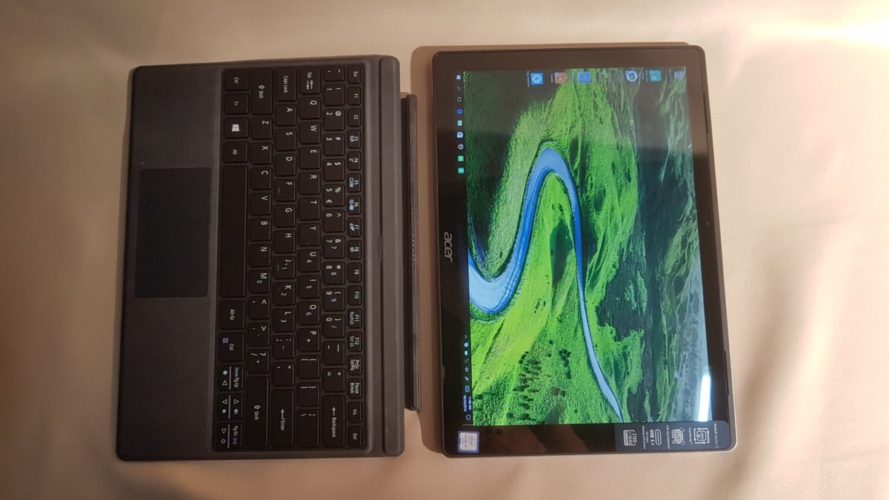 Externally, the tablet portion itself comes in a fingerprint resistant brushed aluminium finish with an integrated kickstand that lets you prop it up anywhere from a near vertical all the way down to a near 75 degree recumbent position. To prevent it from slipping off, the kickstand portion is sheathed with a layer of rubber. 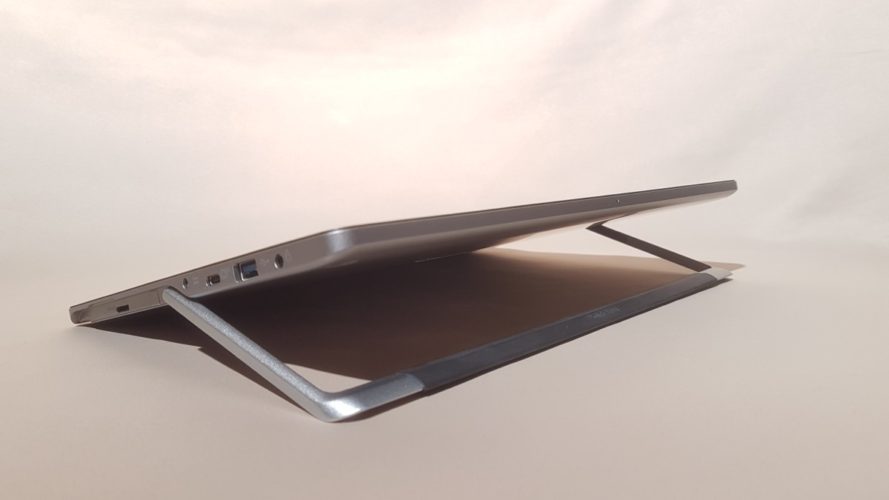 The overall build quality is solid with the sturdy kickstand offering a smooth axis of movement from end to end while having enough friction to hold the Switch Alpha 12 up when propped up in any position. The kickstand is fortunately sturdy enough that you can prod the display with sufficient confidence that it won’t simply topple over rather than having to gingerly poke it like a live grenade to get about. 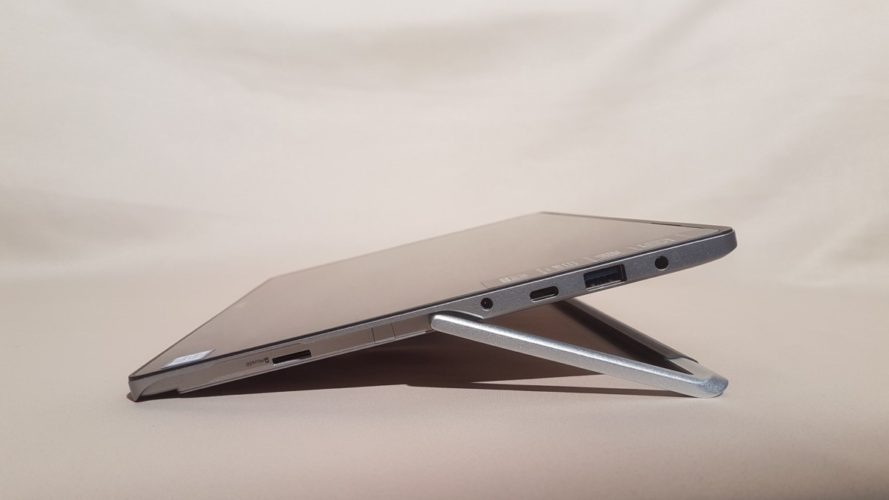 The left side of the Switch Alpha 12 comes with a power button, a volume rocker and a Windows key. The right side comes with a full-sized USB 3.1 port, a USB Type-C connector, a 3.5mm audio jack and a proprietary charging port. Fortunately, the provided power pack is about the size of a tetra pack box of juice and is just as light. The base of the Switch Alpha 12 comes with a magnetised dock that instantly attaches to the base of the keyboard dock so you needn’t have to fastidiously align it to make it dock like earlier convertible designs. The magnet itself is strong enough that you can dangle it by the keyboard alone and it’ll still stay attached to the slate. 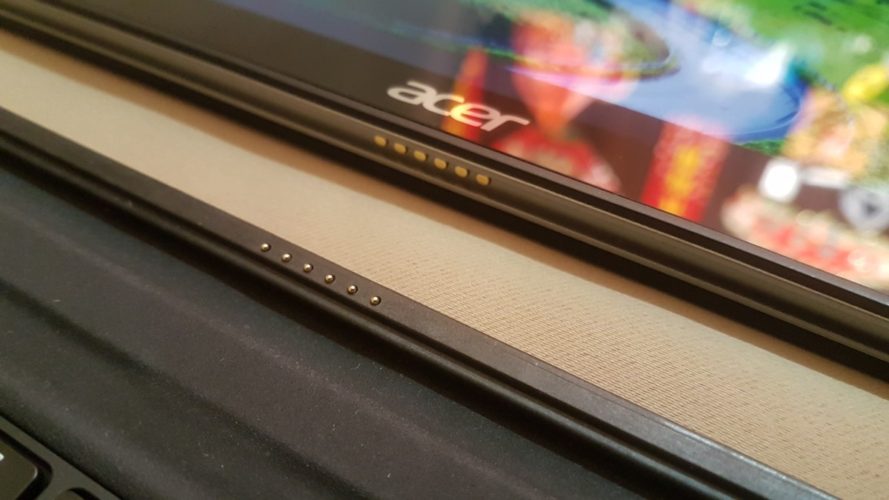 The backlit keyboard dock itself is done up in a matte black finish that shrugs off fingerprints though it is not able to keep the Switch Alpha 12 standing on its own. You’ll still need to deploy the kickstand to get it propped up. The keyboard itself has relatively well spaced keys with a set of directional keys on the lower right and it’s sturdy enough to withstand even fairly heavy handed typists without feeling flimsy. When folded up, it does a fair job of protecting the touchscreen while adding a few millimeters thickness to the whole affair, making the tablet and keyboard combo about a centimeter or so thick and with a combined weight of about 1.25kg. As far as portability goes, it scores highly on that front and is svelte enough to slip into your backpack or carry-on without too much trouble.

Performance
The Acer Switch Alpha 12 variant for Malaysia comes with an Intel Core i3-6100U 2.3GHz processor paired with 4GB RAM, an Intel HD Graphics 520 solution and a 128GB SSD with Windows 10 Home running under the hood. The low amount of storage on the SSD means that you’ll have to be fairly judicious with what you keep on the Acer Switch Alpha 12 and do plenty of housekeeping though you’ll enjoy pleasantly swift boot-up times. Seeing this kind of hardware, the Acer Switch 12 is strictly for paperwork and some media consumption duties; all but strictly last gen games will likely chug like molasses if you attempt to run them on this convertible. 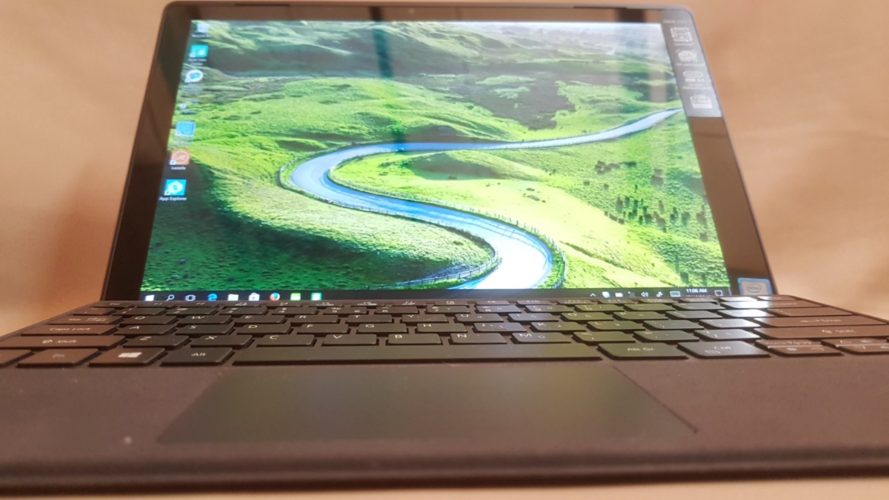 Firing up the Acer Switch Alpha 12 from a cold start had it hitting the Windows 10 home screen in well under a minute. When popping open a Word document for editing, the keyboard showed its chops with the well-spaced keys and fairly good key travel making typing a very pleasant experience, more so if you’re using it in the dark on account of the backlit keys. Unfortunately the touchpad was a tad unresponsive with rather sluggish response so a wireless mouse may be in order if you’re going to be doing some heavy work on it. 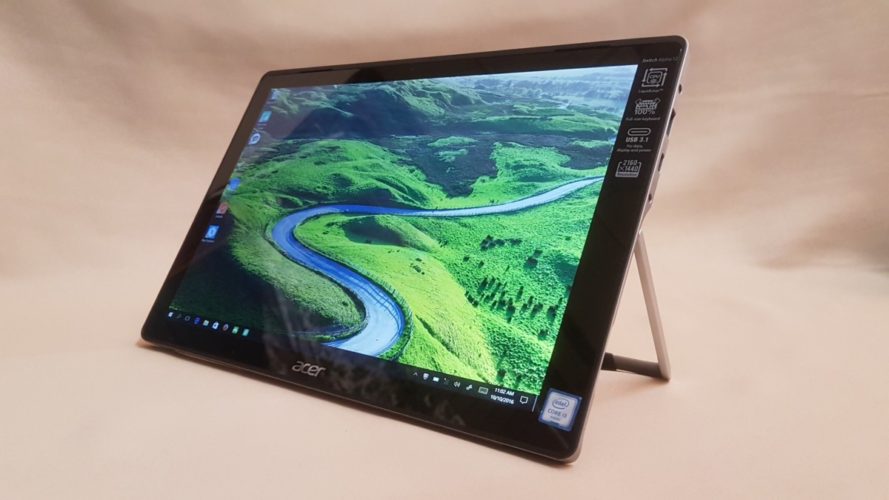 The display itself is pleasantly sharp and vibrant enough with punchy colours and clarity for general work and watching iFlix movies on-screen was a pleasant diversion. Viewing angles were also rather good and it has decent visibility under daylight. 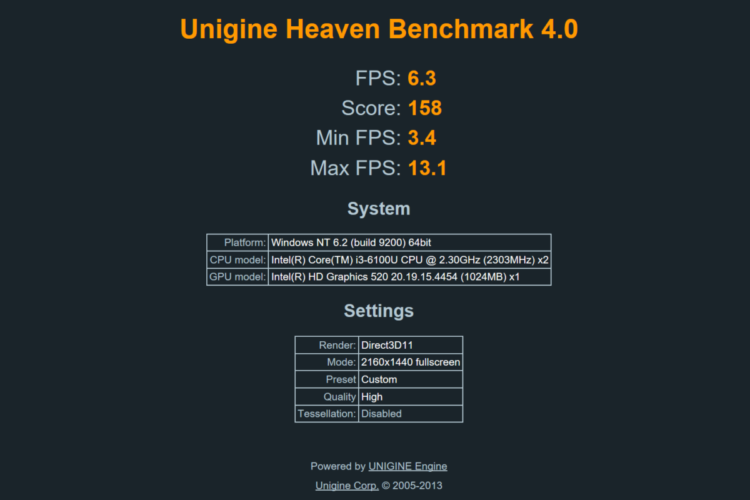 With Unigine Heaven, the convertible yielded an average of 6.3FPS and a maximum of 13.1FPS with a modest score of 158 at high quality settings. With PCMark 8, the notebook achieved a much better score of 2,388 under a Work based profile.

The Acer Switch Alpha 12 under actual field tests did a solid job handling general paperwork duties and web browsing with the occasional movie streaming indulgence thrown in for good measure. It was able to handle a spot of casual gaming too like Bejeweled and Plants vs Zombies. Even after heavy use, the Switch Alpha 12 was mildly warm on account of the liquid cooling which also accounted for the whisper silent operation, something of a plus point if you’re one to mind the noise. The built-in speakers are serviceable if unexceptional and do the job for general mainstream listening for videos and the odd pop tune or two. 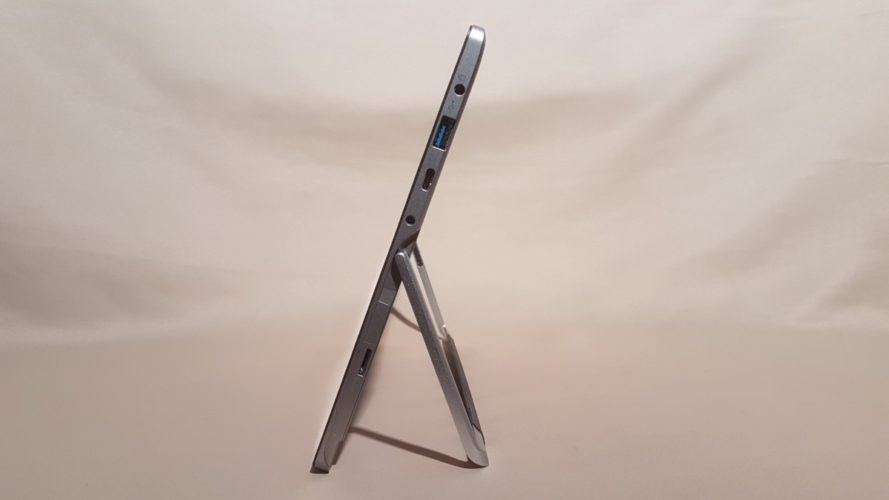 The nature of its design means that using it on your lap isn’t a particularly practical idea as the kickstand itself when fully deployed ends up somewhere near your knees and prone to making the whole affair slip and fall off rather than the slightly more compact footprint of a normal laptop. The full sized USB 3.1 port came in handy for charging duties and for docking flash drives, portable hard disks and the like without the need for toting around a dongle.

Battery life was something of a downer. With a fairly modest work profile with Wi-Fi on and some iFlix streaming on the side, it lasted five plus hours short of the quoted six hours on paper. Another quibble is the bloatware on the notebook which was dealt with in short order, though the biggest pain was McAfee and Dashlane that kept throwing pop-ups at inopportune moments. The form factor of the Acer Switch Alpha 12 also makes using it on your lap a dicey situation but it’s not a problem if you’re using it on a flat surface like an plane tray table, a work desk or those dinky wooden tables at Starbucks. While the touchpad is on the finicky side, the responsive touchscreen and keyboard more than make up for it. If you’re looking for a more cost effective alternative to a Surface Pro 4, you’ll find the Acer Switch Alpha 12 worth a look.

WHAT WE LIKED Responsive backlit keyboard, agreeable price, decent build quality
WHAT WE DIDN’T Iffy touchpad, middling battery life, some bloatware
WE SAY If you’re after an affordable convertible with a decent keyboard and a great display and can live with the modest battery life, the Acer Switch Alpha 12 is right up your alley