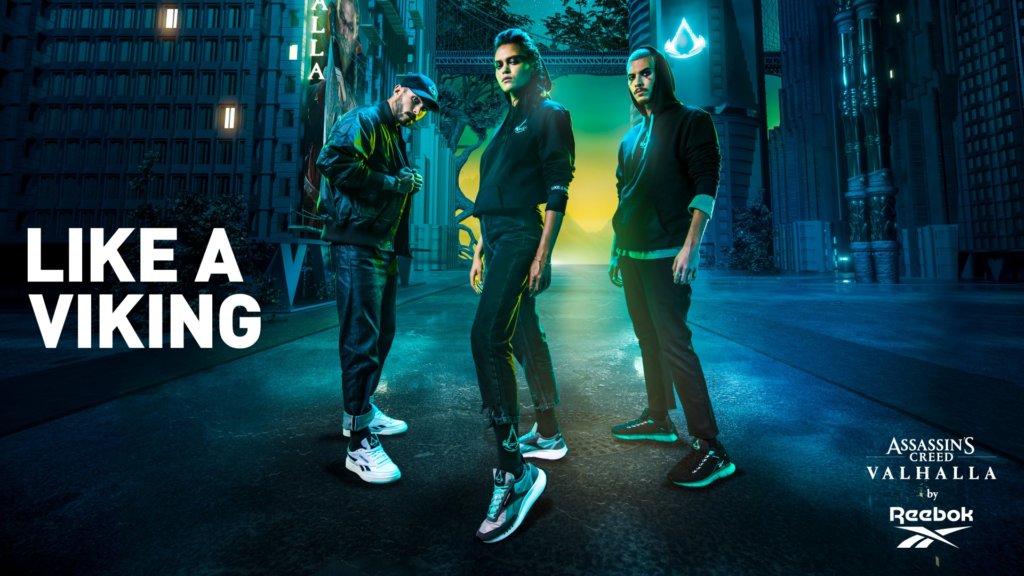 Ubisoft’s upcoming Assassin’s Creed Valhalla game that stars a viking protagonist now will be featuring the most unique collaboration of them all as the brand has teamed up with Reebok to debut a capsule collection inspired by the game. 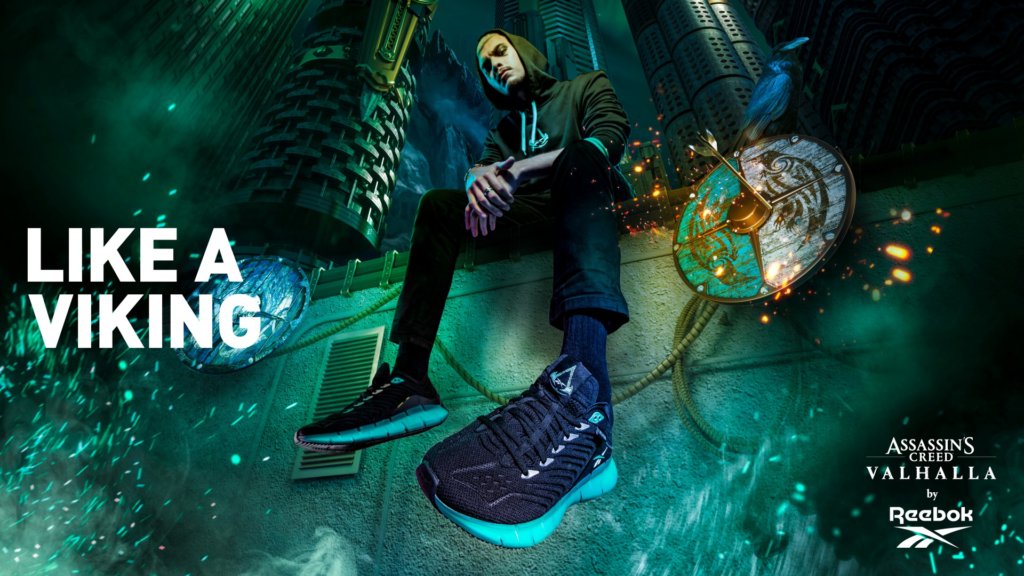 The Assassin’s Creed Valhalla x Reebok capsule sneaker collection will primarily feature three highly collectible sneakers inspired by the game and the northern lights which are:

Zig Kinetica (119,95€ about RM591): Inspired by the deep black of the Nordic night and the northern lights the Zig Kinetica x ASSASSIN’S CREED VALHALLA is designed with a black molded-mesh upper, built around its distinctive zigzag-shaped, energy-return sole in emerald sea. Nodding to the Viking Lifestyle, the model features the symbol for Synin, a raven that represents a major feature of Norse mythology, and helps key character Eivor on his journey.

– Club C Revenge (89,95€ about RM442): Simple yet versatile, the Club C Revenge x ASSASSIN’S CREED VALHALLA features a soft suede tan upper with emerald sea and black hits throughout. On the heel, the silhouette features a twin battle ax symbol, the epitome of Norse versatility and one of the most iconic Viking symbols.

– Classic Leather Legacy (89,95€ about RM442): Coming with a cold grey upper and highlights in both emerald sea and emerald haze, the Classic Leather Legacy x ASSASSIN’S CREED VALHALLA, a retro-running inspired lifestyle silhouette, is the perfect choice for those who don’t want to choose between the present and the past. The embossed raven symbol on the heel this detail speaks once more to the deep meaning of these creatures for the Vikings.

You can also acquire two unique themed hoodies, a cap as well as matching socks to complete your look as an aspiring urban-chic Viking warrior out to carve their mark on the world. Each of these pieces are uniquely themed, with rich Norse symbolism like ravens and axes all tastefully embellished on the design. 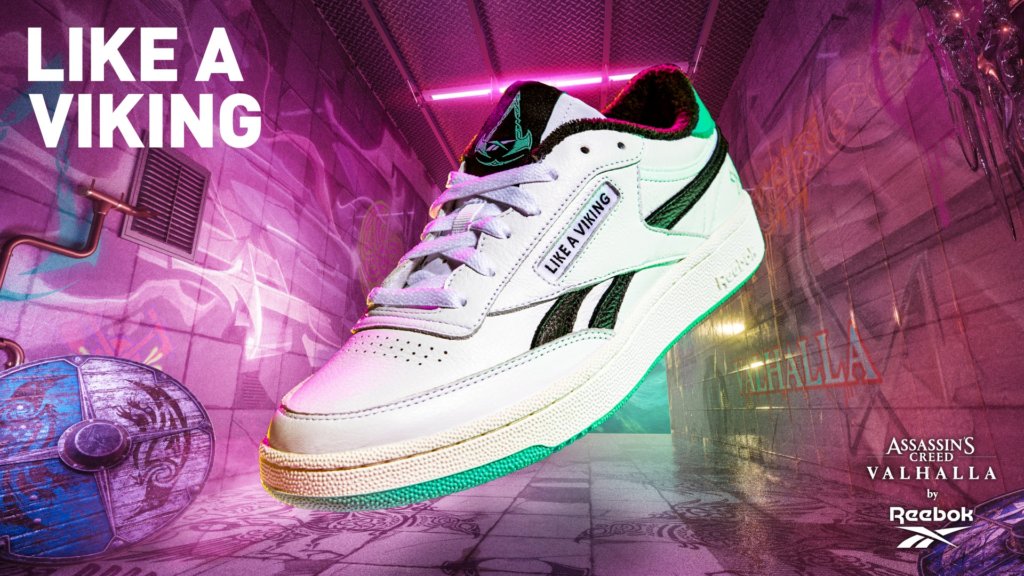 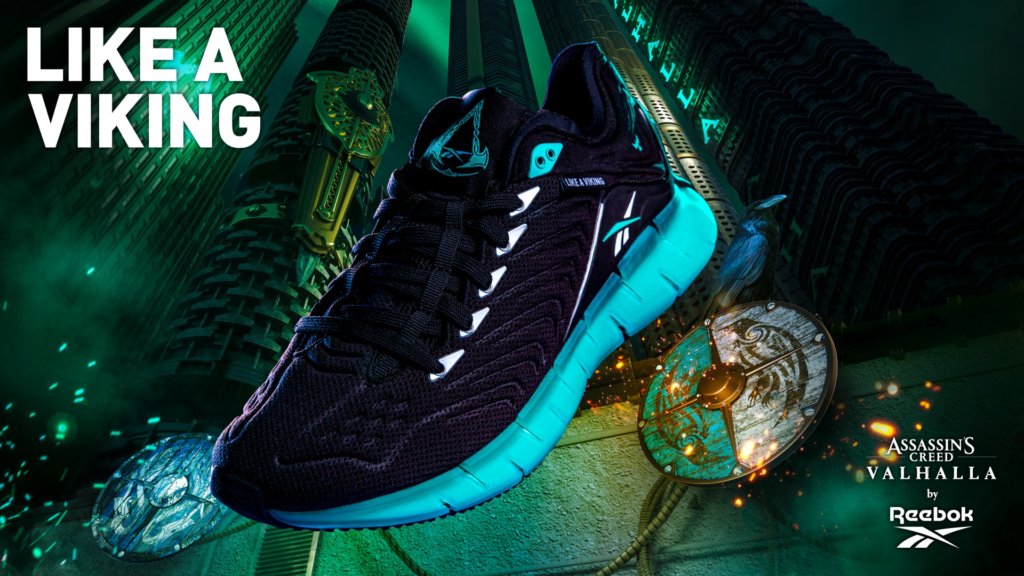 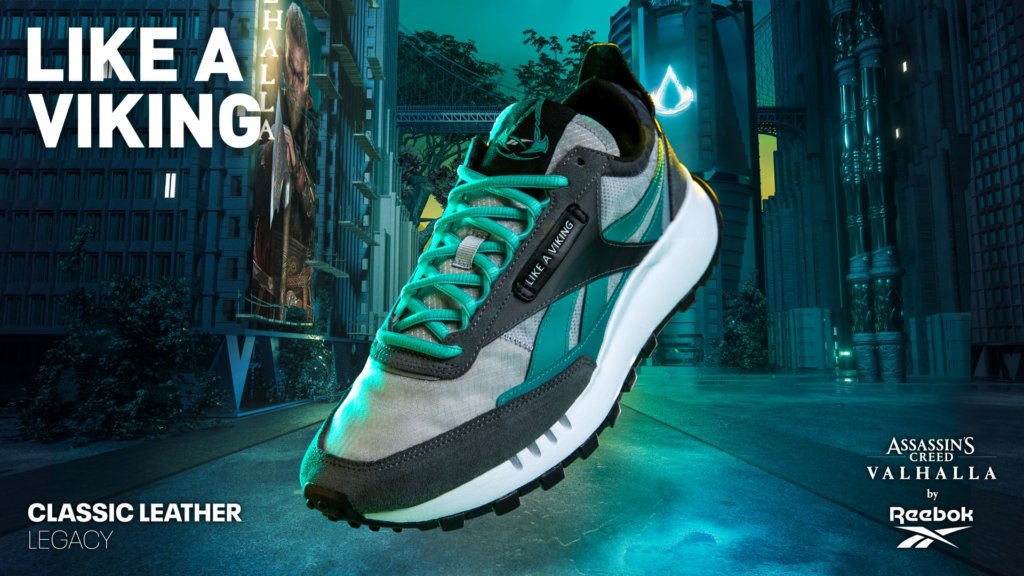 There’s no official word on local availability but the location is set to be available on Reebok’s official page from November 7th and from November 11th at selected retail stores in the West.

For Assassin’s Creed Valhalla the game, you can expect an upcoming debut on NOvember 10th for the Xbox Series X, Xbox Series S, Xbox One, Playstation 4, online at the Epic Games store and Ubisoft store for Windows PIC and also on the PlayStation 5 alongside the console when it debuts on November 12th. 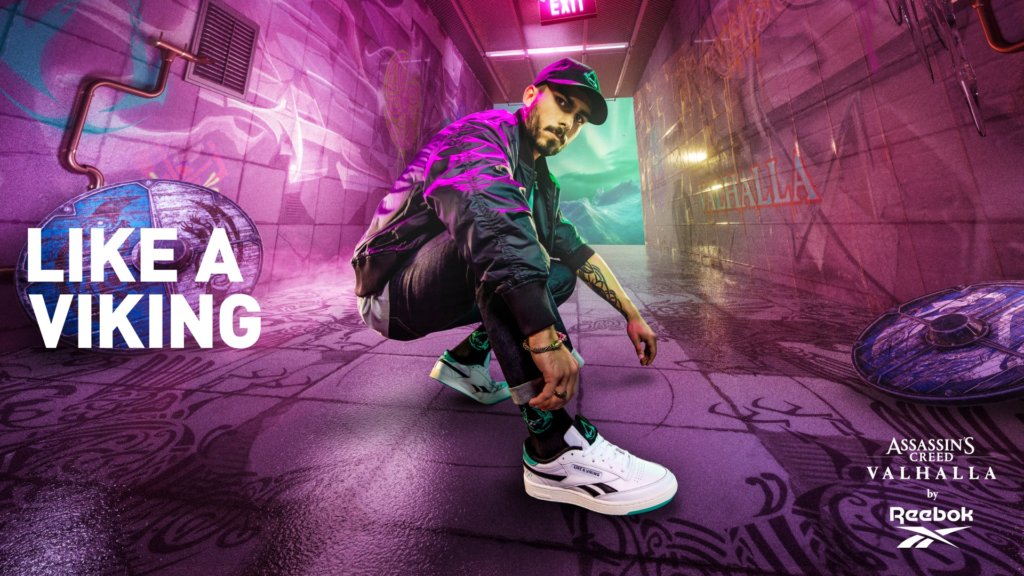