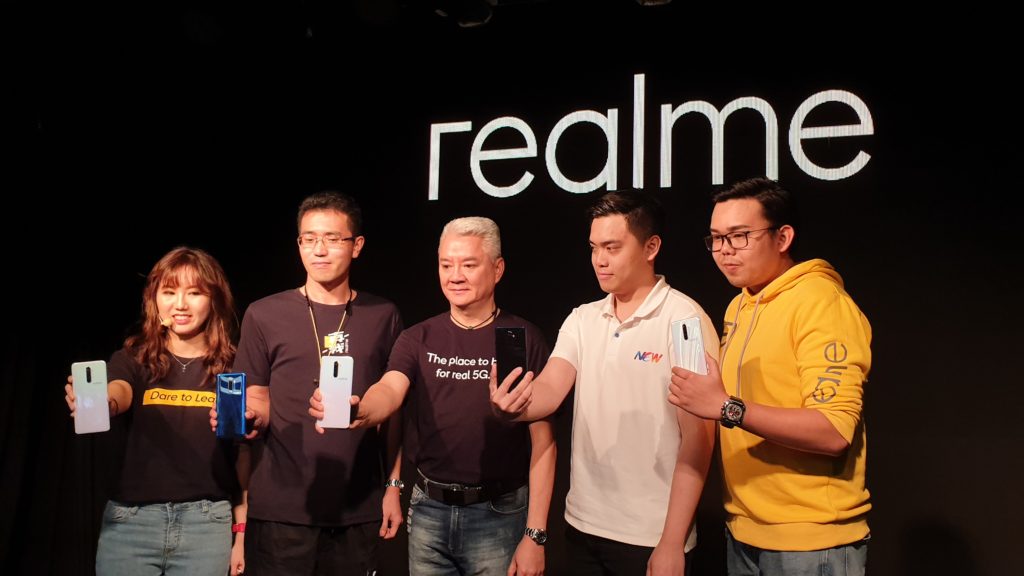 Realme started out in the market as a purveyor of highly affordable smartphones but their latest endeavour, the launch of the Realme X2 Pro puts them squarely in the big leagues as it has the power and performance to take on the heaviest hitters in the game while still being a good deal cheaper to boot. 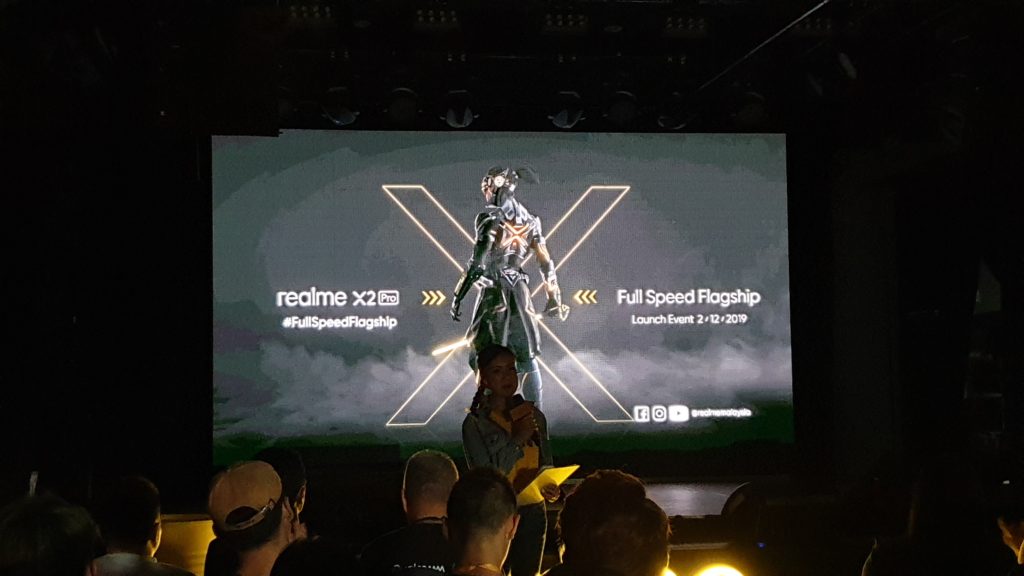 Announced earlier in October this year, the Realme X2 Pro is making its official debut today in Malaysia.

Up front, you get a 6.5-inch Super AMOLED FHD+ display with an impressive 90Hz refresh rate in keeping with the best gaming phones in the market, 100 nits brightness and support for Samsung’s HDR10+ for content. It also supports 100% of the DCI-P3 colour gamut. A tiny centre-line dewdrop notch holds a 16-MP F/2.0 selfie camera and it also has an under-display fingerprint reader. 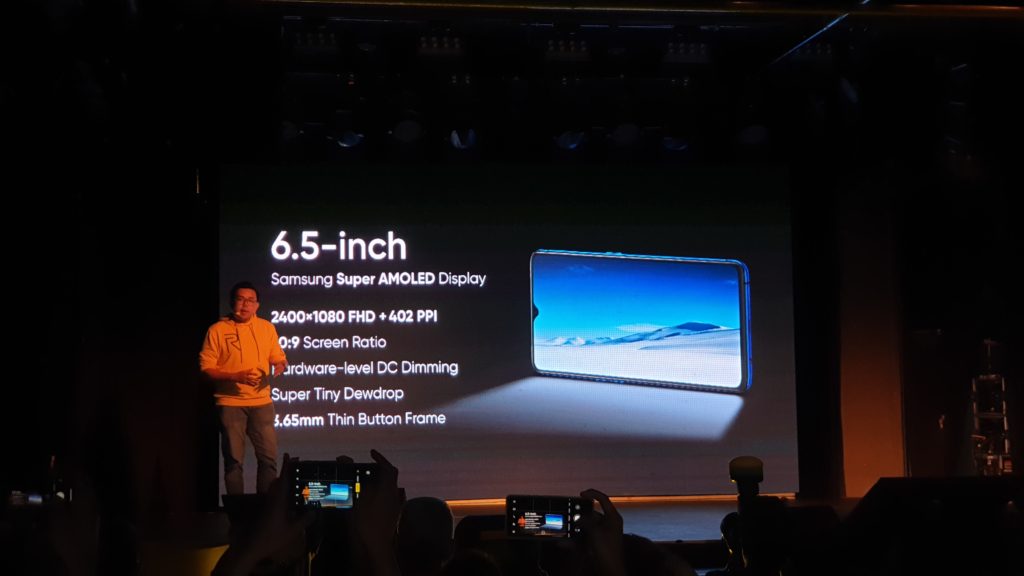 Where many other phones skimp on audio, the Realme X2 packs stereo speakers with Dolby Atmos support; a pleasant surprise usually seen only on pricier flagship or specialist phones in other brands. 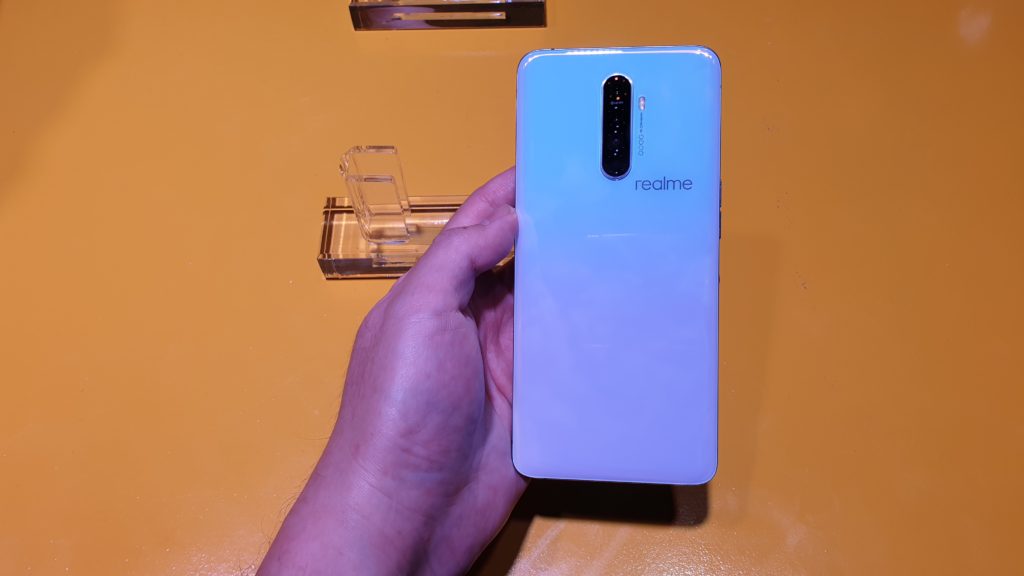 The hardware running the Realme X2 Pro is impressive indeed. You get Android 9.0 running on Snapdragon 855+ octacore processor which is a beefier version of the stock Snapdragon 855 processor with a higher clock speed. This is paired with 12GB RAM and 256 GB storage. It also sports a vapour cooling chamber to keep the hardware cool. 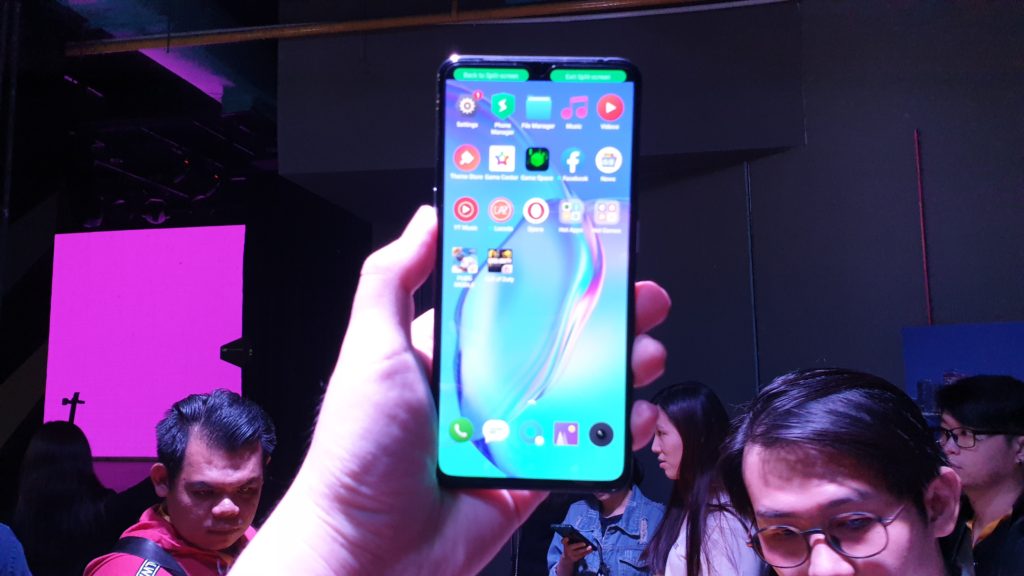 The rear camera is a quad camera setup that consists of a primary 64-MP F/1.8 camera with PDAF, a 16-MP telephoto camera with 2x optical zoom and a third 8-MP F/2.2 camera with a 16mm equivalent ultrawide angle lens as well as a fourth 2-MP depth sensor. Combined this array with AI refinements allows for 20x hybrid zoom in case you have aspirations as a paparazzi. 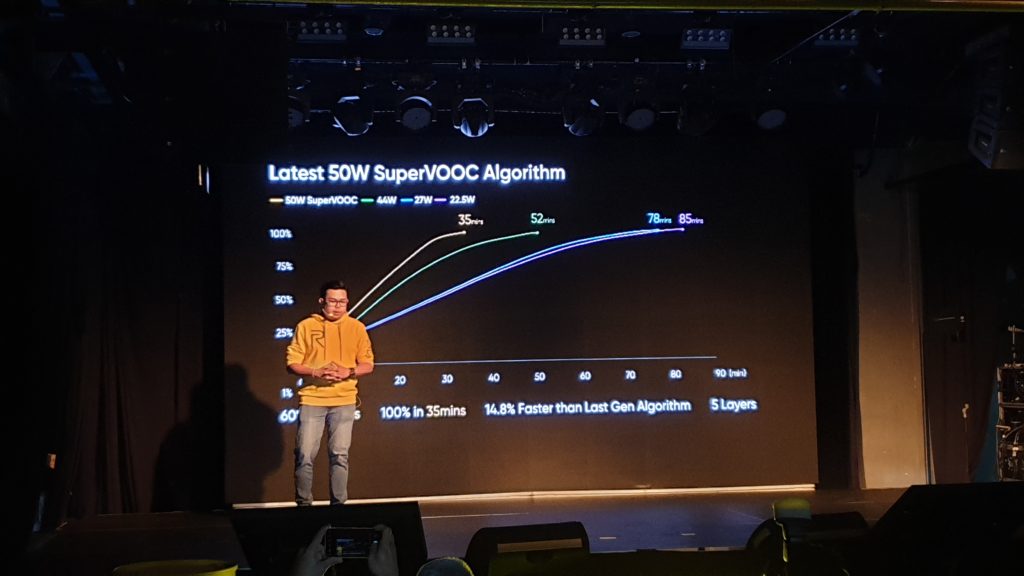 Powering the whole affair is a 4,000mAh battery via a USB type-C port and incredibly fast 50W SuperVOOC Flash Charge fast charging off a bundled fast charger that can theoretically charge it to full in 35 minutes.

Realme has announced that the price of the X2 Pro with 12GB RAM and 256GB storage will clock in at RM2,399 with your choice of Neptune Blue and Lunar White. 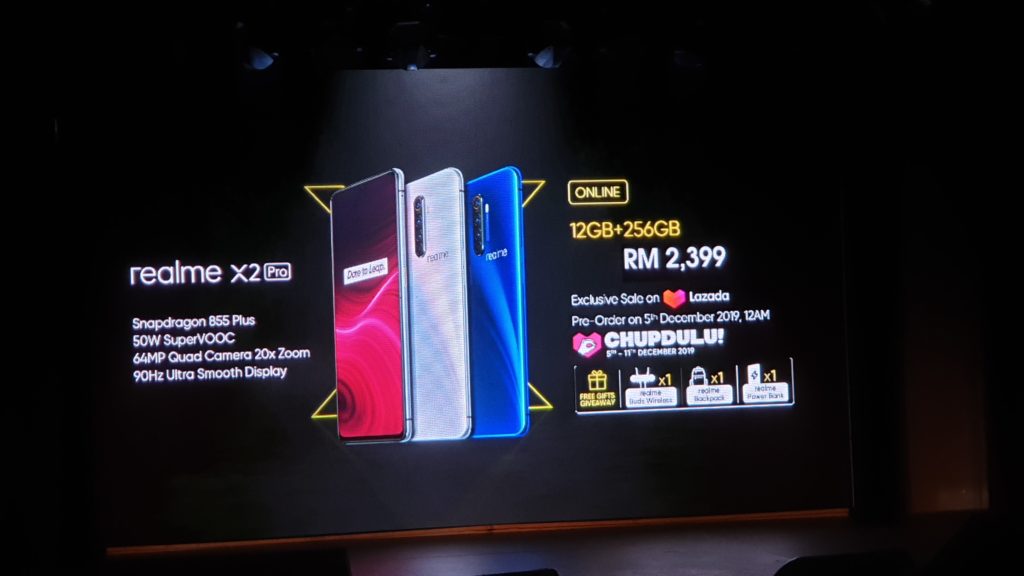 Preorders are available on Realme’s official page and their shopping portals on Lazada.

On Lazada, preorders start on 5th December 2019 and throw in a free Realme Buds wireless, realme Power Bank and realme backpack. On December 7th 2019, DirectD has a special midnight sale for the phone with special bargains to be had at their Petaling Jaya outlet. The Realme X2 Pro is available for general sale on 12th December on http://bit.ly/lzdx2propr 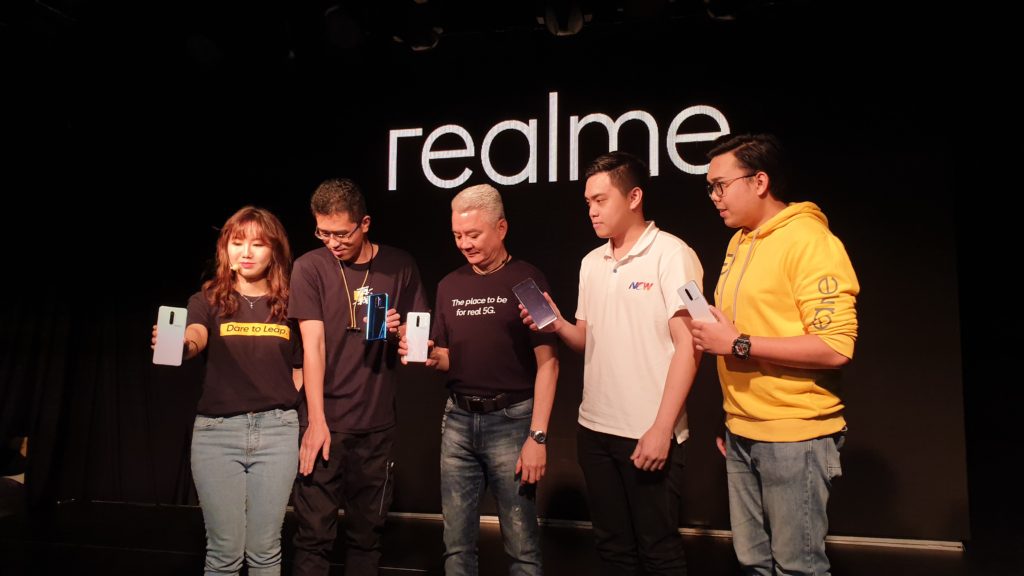 At the last minute, Realme also announced a Realme X2 Pro Master Edition in a unique shade of Red Brick by the renowned Naoto Fukasawa.

It has a different tactility on account of a unique finish and frosted glass as well as his engraved signature on the back but no price or launch dates have been announced as yet. 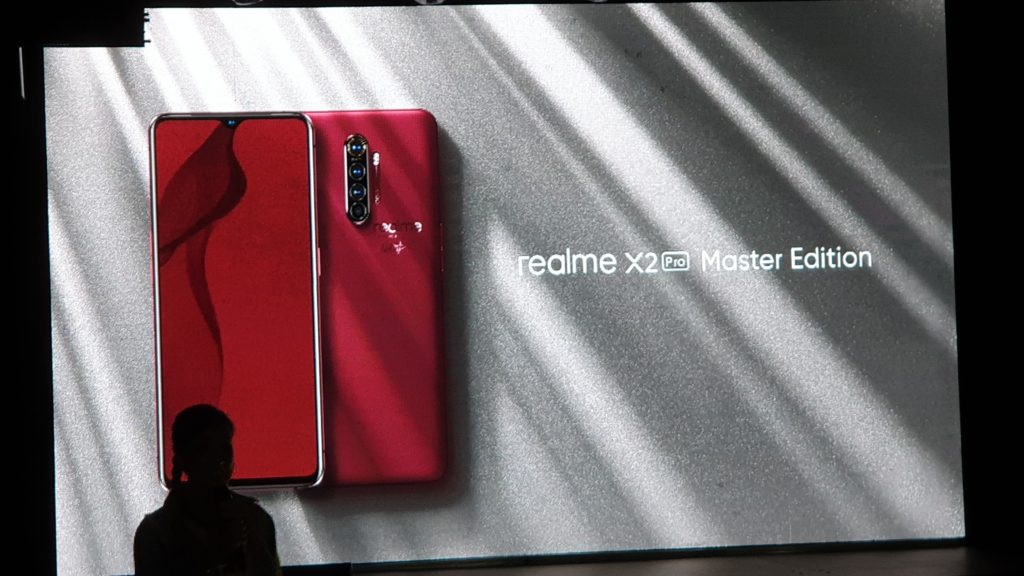