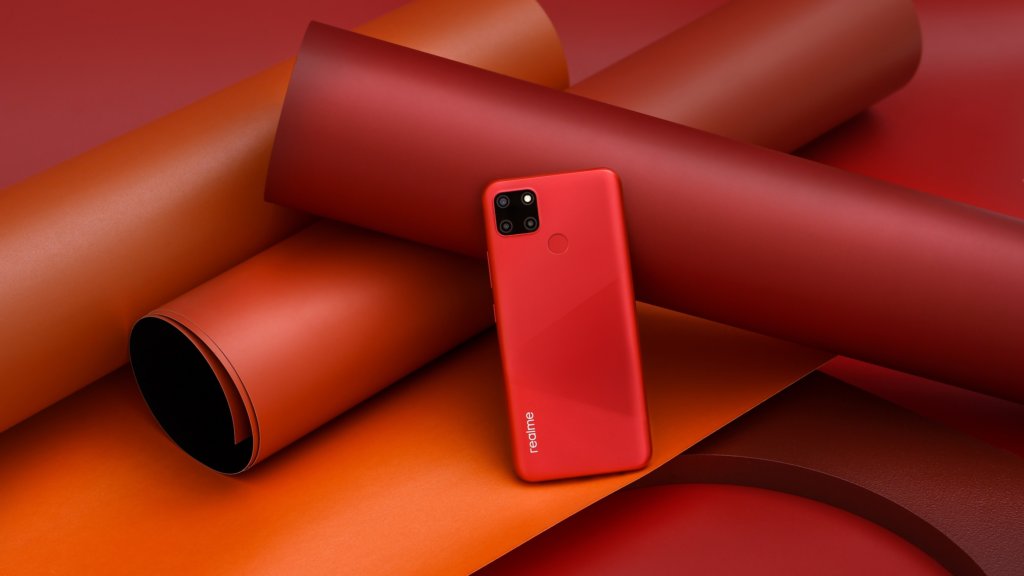 You can never have enough juice which is why realme’s latest phone that’s arriving in Malaysia, dubbed the realme C12 has an absolutely massive 6,000mAh battery that has a standby time of a whopping 57 days.

The realme C12 sports what they call a geometric gradient design in your choice of either Coral Red or Marine Blue while the front hosts a 6.5-inch HD+ LCD display with a tiny-punchhole for a 5MP selfie camera. 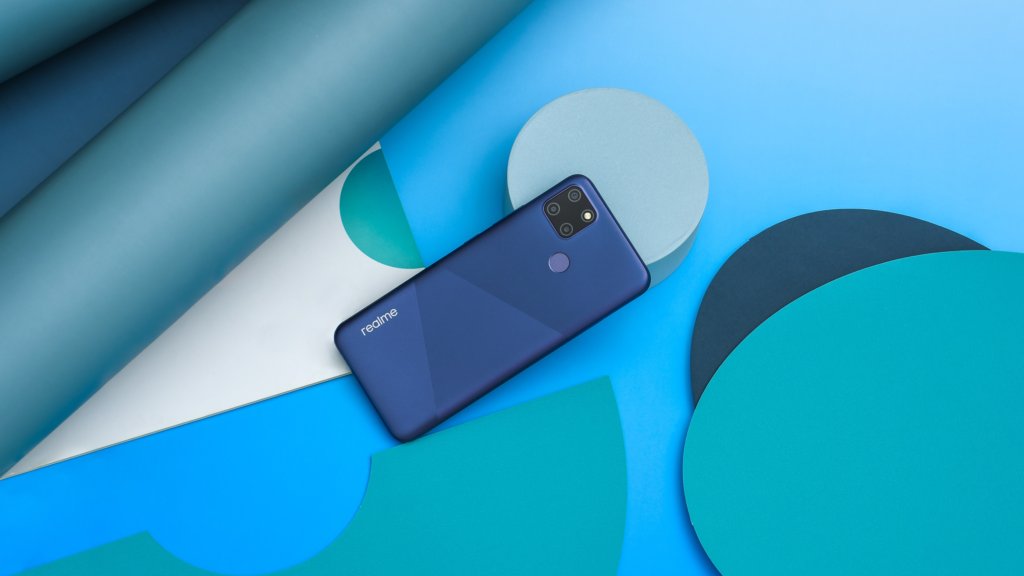 Under the hood the realme C12 runs Android 10 on a Helios G35 octacore processor paired with 3GB RAM and 32GB of expandable storage via a triple-card slot.

The rear hosts a triple camera array (13MP+2MP mono and 2MP). On top of the absolutely massive battery that’s charged by a microUSB port, the phone also has an increasingly rare commodity – a 3.5mm audio jack. The phone is also capable of reverse wired charging so you can use it to juice other gear under dire circumstances.

Realme is also launching a traditional pair of wired earbuds with a 3.5mm jack called the realme Buds Classic that sport 14.2mm drivers that team up nicely with the realme C12. On its own, the Buds Classic retail for RM59.

In Malaysia, the realme C12 is available in the aforementioned two colours at a price point of RM529. It’s now available for sale online  starting today at their official Lazada store as a ‘Long Live Music Bundle that pairs up the C12 and the realme Buds classic in one package for the same RM529 price point. 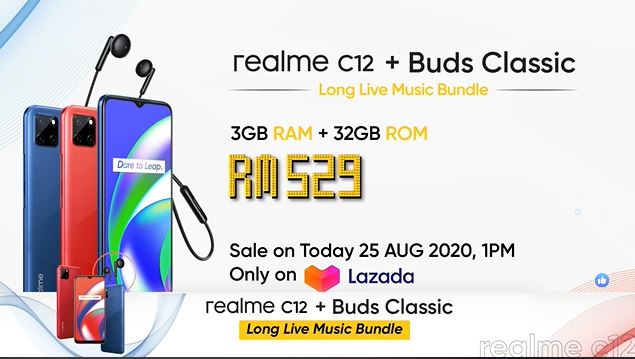 If you buy it at the physical realme brand stores, you’ll get a slew of gifts that include a screen magnifier, a free casing, a slew of vouchers and a free gift box to go with it for the same price. The only caveat is that it only reaches the realme brand stores on 31st August 2020. 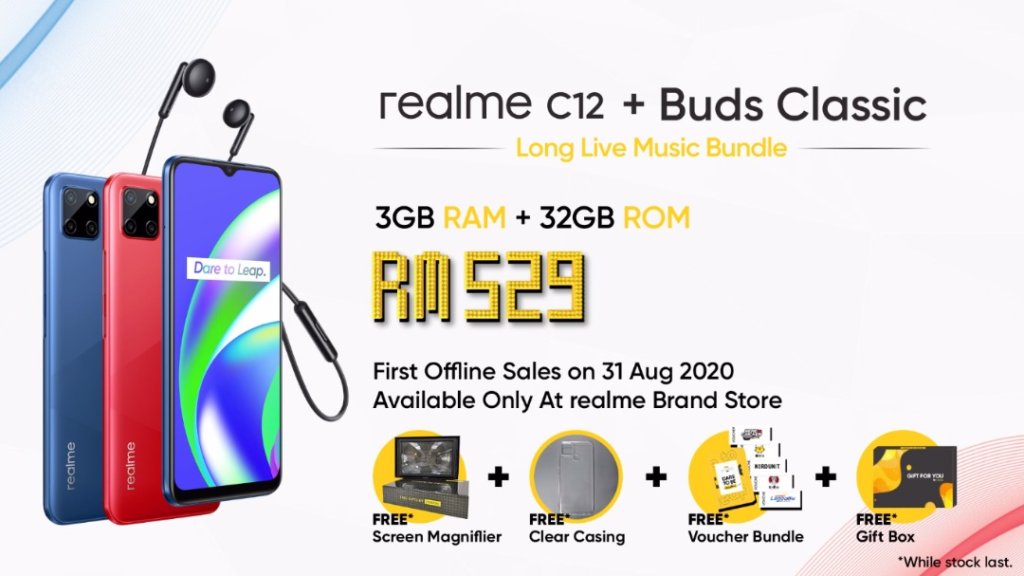 You can get it at other authorised dealers too from that date onwards and you get much of the same kit though you don’t get the free vouchers and gift box. For more details check out realme Malaysia’s official page at https://www.realme.com/my/