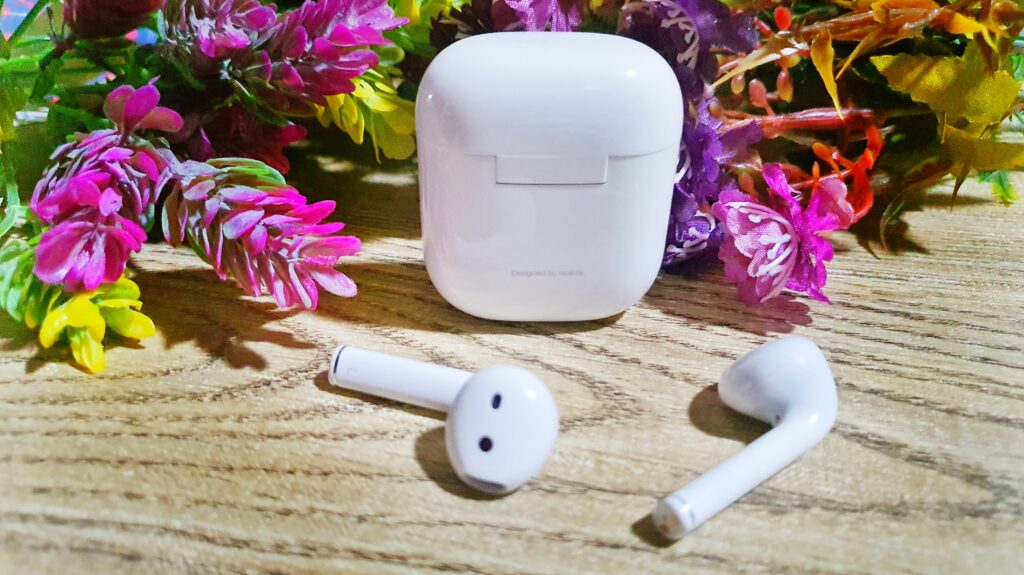 Realme’s latest Buds Air wireless earbuds are a shot across the bow for pricier vendors as they not only look surprisingly good but also offer decent performance for what you pay for. If realme can keep up this kind of momentum for their products, they’re set for stardom.

Externally, the realme Buds Air comes in a compact box coloured in their trademark bright yellow finish. Within the shrink-wrapped package, the earbuds along with its charging case lie in a plastic sleeve nestled in a cardboard tray. Just beneath it is a USB Type-A to Type-C charging cable along with a set of quick start instructions. 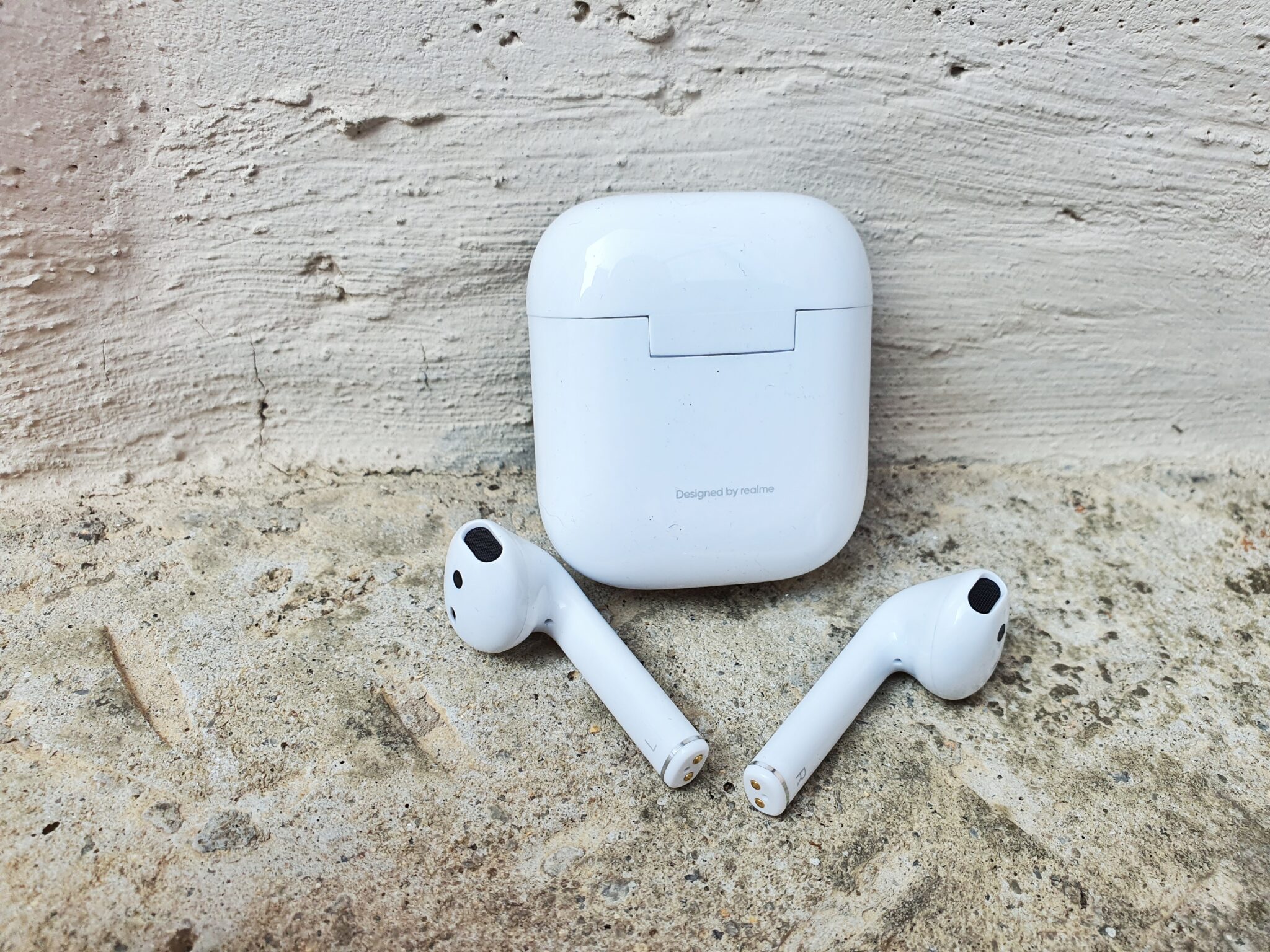 The plastic charging case comes in three different colours including black and yellow though our test unit came in a shade of white. When held, the Buds Air felt amazingly light at 42g with each earbud weighing less than a page of A4 paper too at 4.2g.

Call it an homage or what you will but the realme Buds AIr does take a significant page off Apple’s AirPods both in the design of its charging case and wireless earbuds. The charging case itself was sturdily built and has magnets to keep the lid closed and both earbuds secure during transport.

On top of the usual Type-C charging, the case itself also integrates Qi wireless charging so you can charge it off other kit like the Mate30 Pro or Galaxy S10 or Galaxy Note10 series phones in the field. One quibble is that the case lacks a notch on the lid, making it extremely difficult to open one-handed. Hopefully future revisions of the product include a notch of some sort. 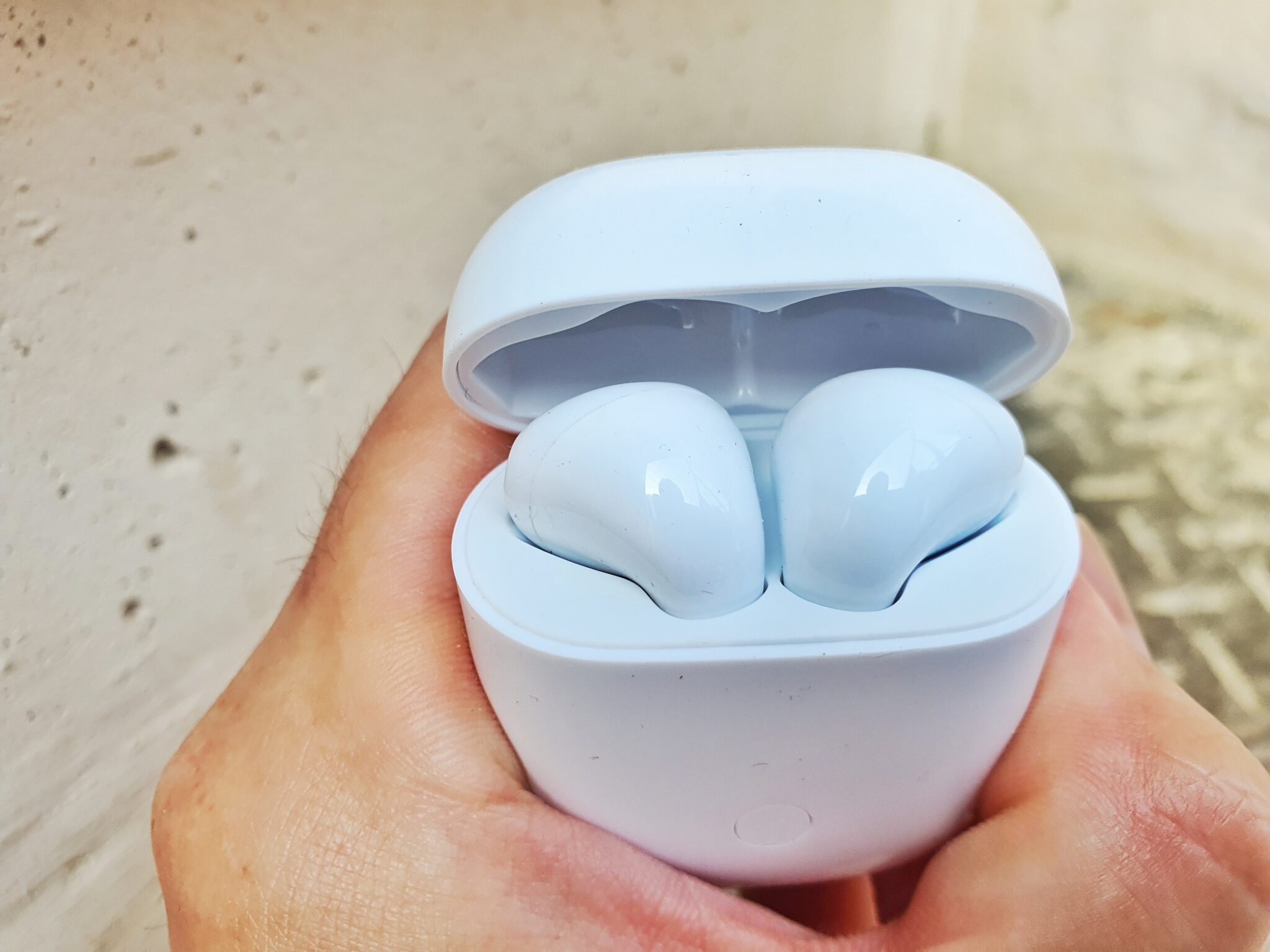 Each of the earbuds themselves are remarkably sophisticated. The toothbrush-style design is admittedly derivative of Apple’s AirPods but the fact that they’ve managed to achieve this at such a modest price point is an achievement in itself. Build quality is excellent though the end caps look somewhat simply finished in plain plastic with silver trim.

Built around a 12mm driver, realme has integrated an R1 chip to ensure low latency times and dual mics for environment noise cancellation (ENC) when you make and take calls; unfortunately this doesn’t quite work with music playback so it’s a missed opportunity here.

The ear buds each also have a tiny sensor that automatically pauses your playlist when you remove an earbud and each also features a touch panel to control playback via a series of taps. If you tap twice, you get to take calls or pause a track. If you triple tap the earbuds, you skip to the next track. If you long press on one side, you launch a voice assistant of your choice or cancel a call. If you long press on both earbuds, you fire up a unique low-latency Gaming Mode.

Overall build quality for both the charging case and earbuds are pretty good, more so for what you pay for and the case itself is small enough that you can easily toss it into a pocket without creating an unsightly bulge.

Getting the realme Buds Air up and running is as easy as it gets and it paired in a matter of seconds with a Galaxy Note9 via Bluetooth 5.0 to start playing tunes and gaming immediately. Donning the ear buds was another matter though. 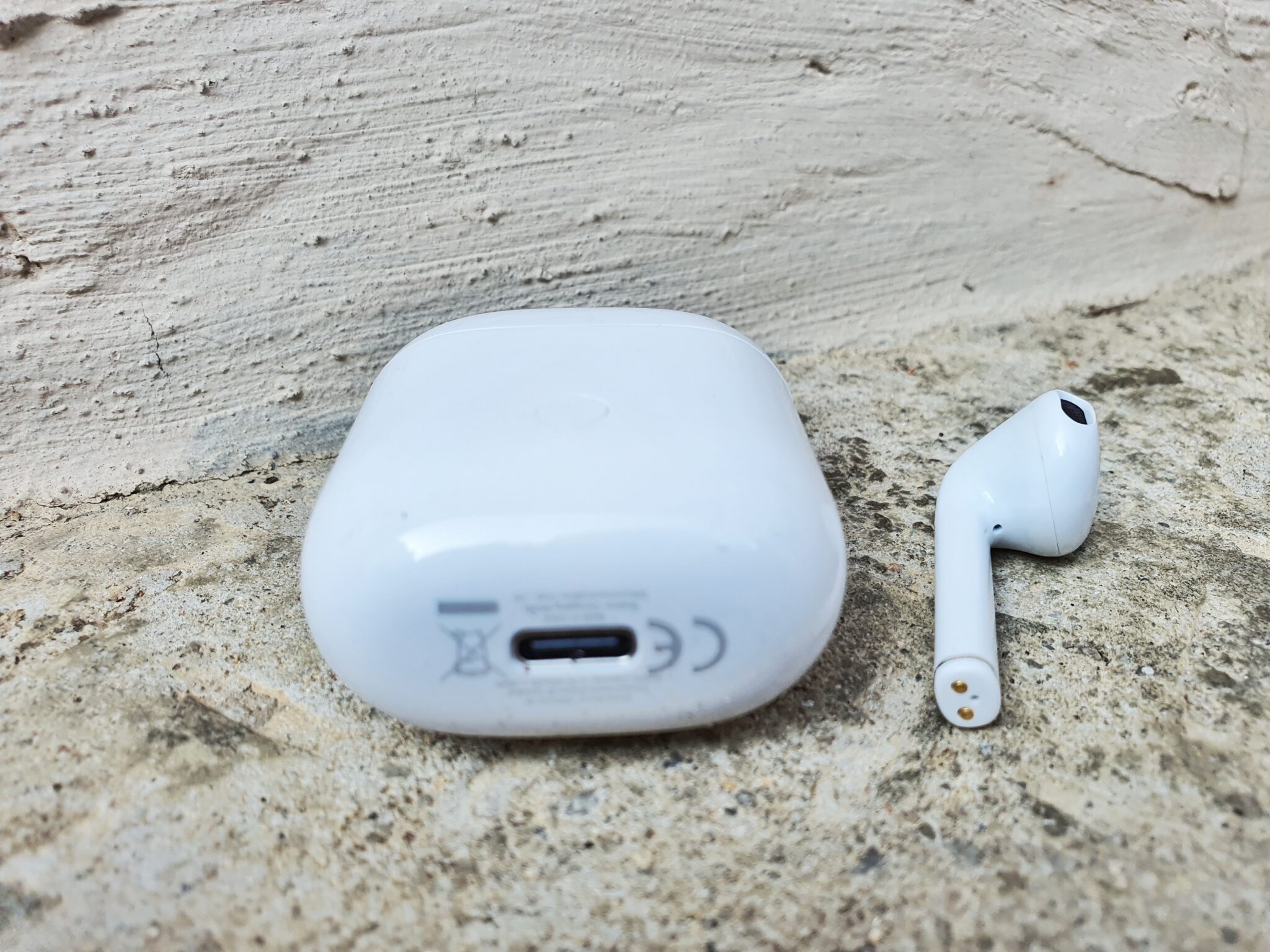 They fit fairly well for the most part but seeing as there’s no silicone ear tip or rubber ear wing, it’s not particularly secure. It’ll stay in your outer ear canal fairly well but all bets are off if you’re doing something vigorous like jogging or chasing the last train out of town. They’re unfortunately less than ideal choices if you’re looking for a pair of earbuds for workouts.

The provided touch controls worked as advertised though the touch control surface only extends to the earbuds themselves and not the extra vertical ‘toothbrush’ part of the array which means you’ll have to be fairly precise for it to work. Bar the need for slightly more dexterity and coordination than usual, the realme Buds Air worked like a charm and the controls proved to be responsive indeed. 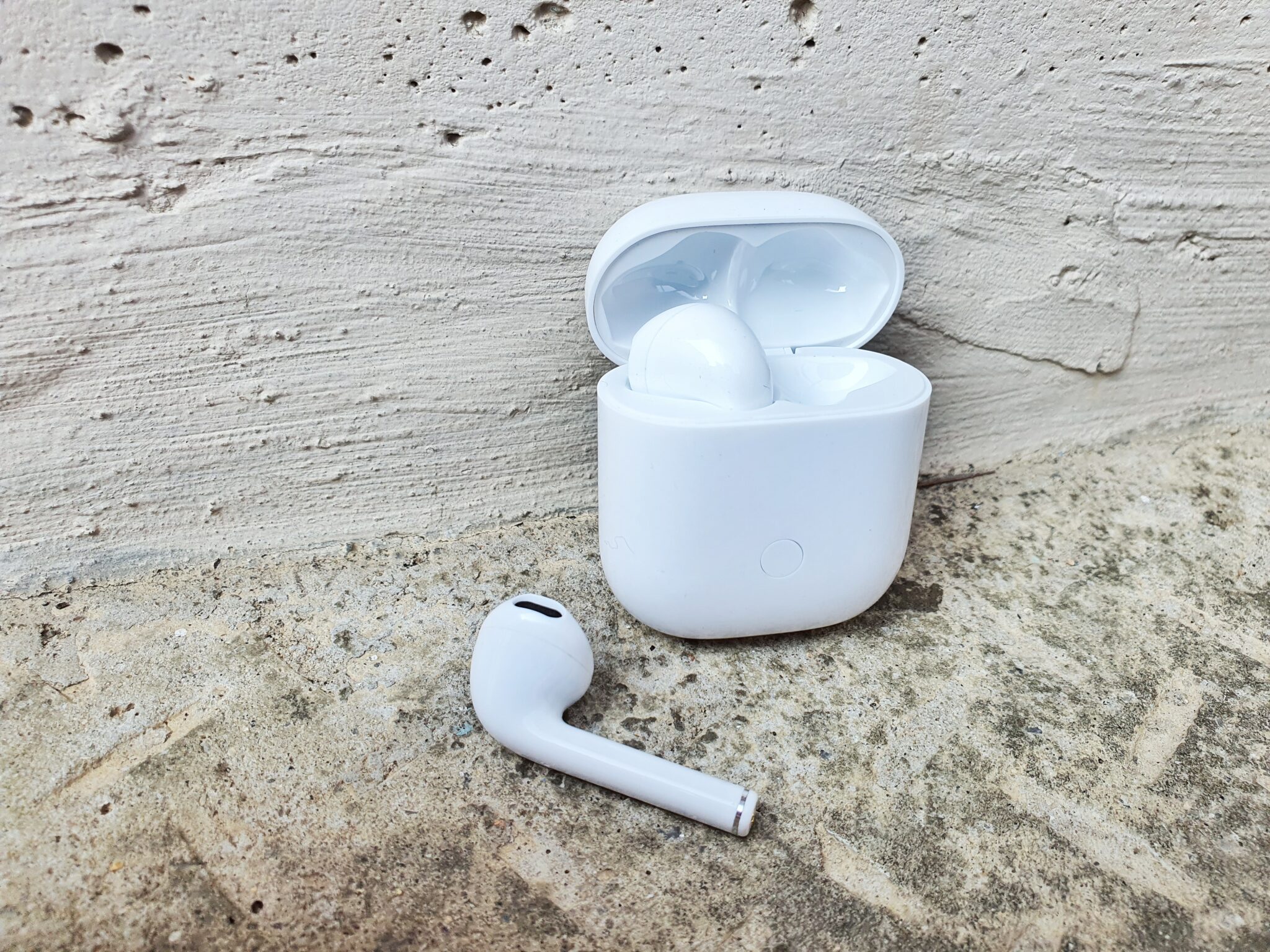 Of note is that the Buds Air has support for Google Fast Pair though this feature is only slated to appear later on in an update sometime in the near future.

When put to the test, the Buds Air punched above their weight class. Call quality was excellent on both sides of the divide with fairly good prioritisation of voice clarity over background noise.

When it comes to listening to music, the Buds Air did a fairly decent job with a lively bass and treble though the sound stage seems rather cramped. Bear McCreary’s ‘Prelude to War’ had the characteristic rich thump from its taiko drums but they weren’t much of the usual left-right sound staging that we expected. We also put Joanna Wang’s ‘Vincent’ to the test and her dulcet tones appeared crisp and clear on the Buds Air with the simple arrangement lending it an aural purity of sorts.

It’s otherwise good for general listening though the main pickle here is the somewhat poor passive noise insulation due to the nature of the design. You’ll hear almost everything happening in the background and even if you ramp up the volume and bung in the earbuds all the way into your ear canal which isn’t the most comfortable thing to do, you’ll still hear a good amount of background noise.

Another touted feature with the realme Buds Air is its gaming mode. By holding down the controls on both earbuds, you’ll fire up a low-latency game mode, identified when you hear the sound of a revving engine. While a bit of lag during music listening is acceptable, it’s a matter of (virtual) life or death when you’re gaming as a split second can mean the difference between you scoring MVP or losing the match. Fortunately, it works as advertised and the 120ms low-latency is nigh instantaneous. If you’re a mobile gamer, this may just be its killer feature.

In terms of endurance, the realme Buds Air are able to last a maximum of 3 hours on a single charge with the provided charging case offering 17 hours more for a grand total of 20 hours of usage. Not exactly outstanding as wireless earbuds go but more than sufficient for its intended purposes. Charging it to full takes a couple of hours via USB Type-C wired charging.

As it stands, the realme Buds Air represent excellent bang for the buck as a general purpose pair of wireless earbuds with an emphasis on casual listening and gaming, offering a familiar looking and sturdy design as well as a fair modicum of performance at a decent price point.

What we liked Compact and light design, surprisingly good low-latency gaming mode, decent audio quality for price, Qi wireless charging
What we didn’t finicky touch controls, earbuds need a more secure fit, hard to open one-handed
We say Boasting a familiar but sound design, the realme Buds Air offer a surprisingly pleasing performance to price ratio and are an ideal proposition for those looking for an affordable pair of wireless earbuds for casual listening and gaming.