It isn’t even the end of 2019 and Realme has deployed another highly affordable phone that they’ve dubbed the realme 5s which comes in at a very affordable RM799 for what it offers. 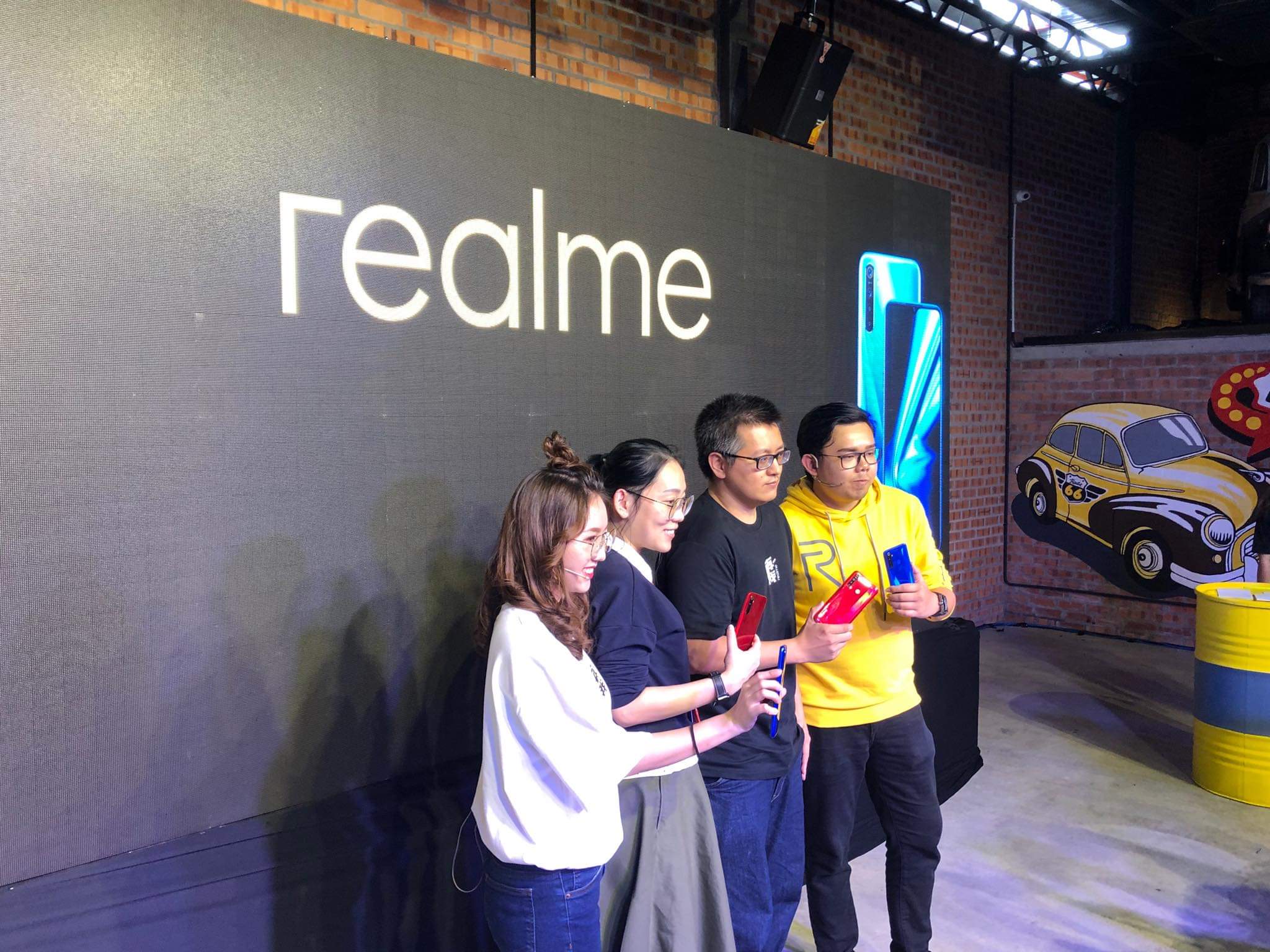 The realme 5S is somewhat akin to its siblings the realme 5 and realme 5 Pro that were released earlier this year and seems to be an amalgam of their various features, acting as a middle ground between both phones while coming in at a lower price point. In terms of hardware, it has a 6.5-inch HD+ display with a tiny water drop notch up top for the 13-MP F/2.0 selfie camera. 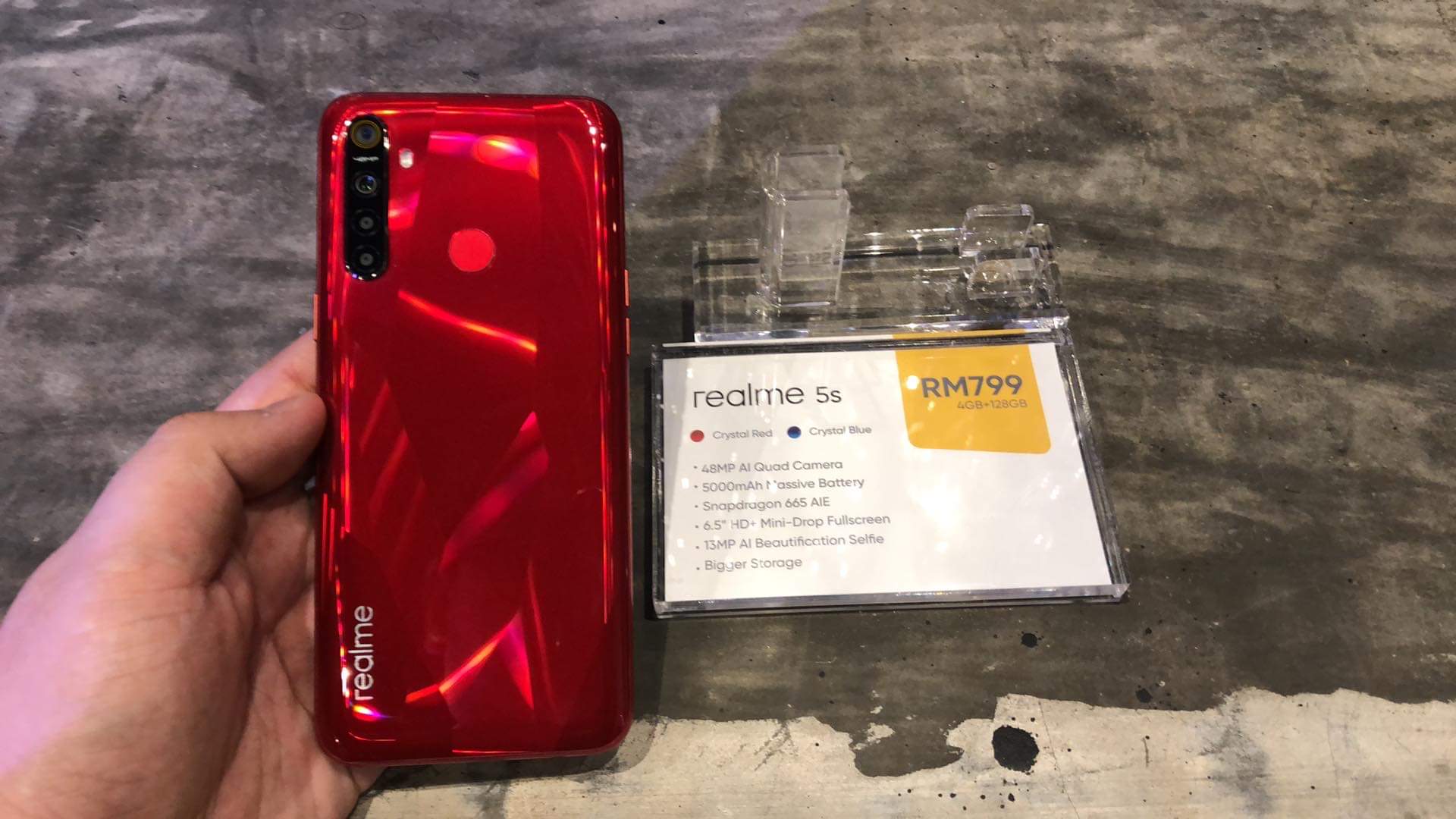 Under the hood, the phone runs on a Snapdragon 665 processor and in Malaysia only comes with 4GB RAM and 128GB of expandable storage via a dedicated SIM card slot. There’s also an additional dual nano SIM card slot so you can have your cake and eat it too on the realme 5s.

The back sports a quad camera array that consists of a 48-MP F/1.8 primary camera using a Samsung GM1 sensor backed up by a now familiar 8-MP F/2.2 wide angle camera, a 2-MP F/2.4 macro camera and a 2-MP depth sensor. The rear camera is capable of 4K video while the front is capped at 1080P. Other mod-cons include a 3.5mm audio jack and a rear mounted fingerprint reader. 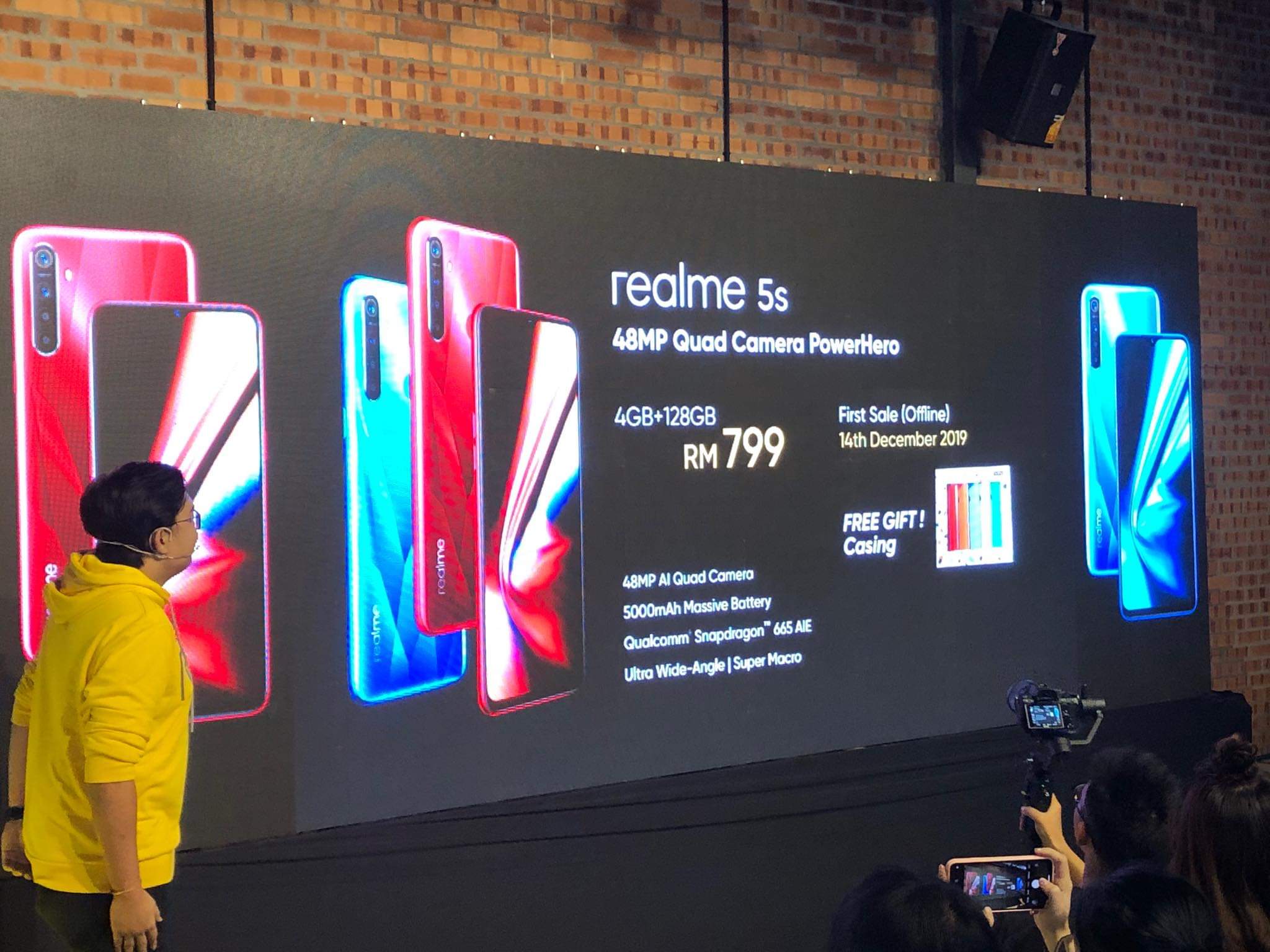 Keeping it powered is a huge 5,000mAh battery though it has a microUSB port than the now increasingly mainstream USB Type-C port.

Price of realme 5s in Malaysia

In Malaysia, it comes in two colours – a shade of Crystal Blue or Crystal Red for RM799 with the phone available at their authorised stores on 14 December 2019 with Shopee hopping onto the bandwagon on 19 December 2019.

Purchases at their physical stores for the realme 5s nets you a set of free five casings for the realme 5s while buying on Shopee nets you the 5 casings as well as a pair of realme Buds 2 for good measure. For more details swing by https://www.realme.com/my/ and their online Shopee store at https://shopee.com.my/realme.os