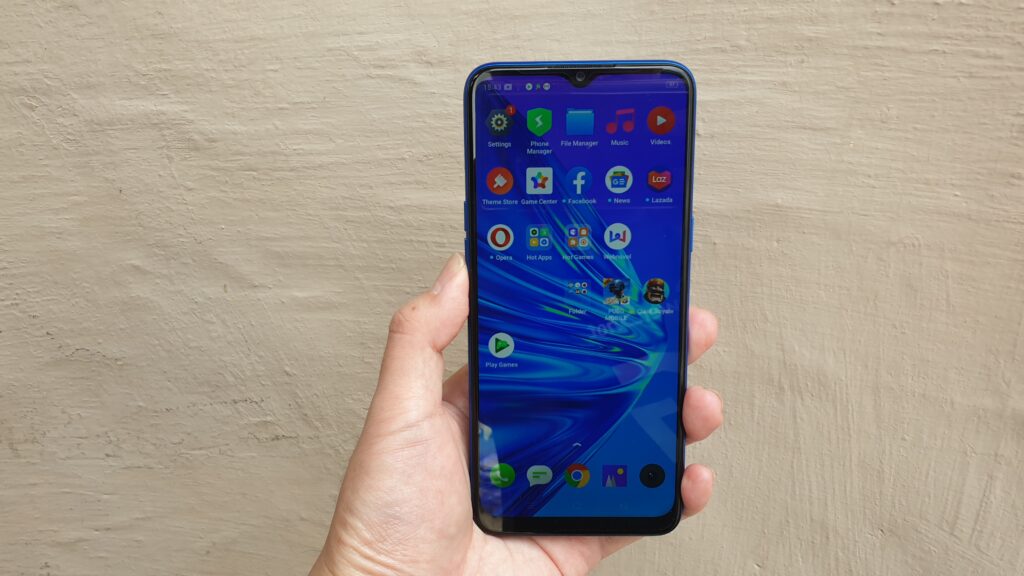 Previously we took a first look at the realme 5 and what came with it in the box. This time around, we’re going to do a full-on realme 5 review and see how it fares when we put it through its paces.

On paper, the realme 5 is a modestly specced entry-level phone that is the more affordable sibling of the realme 5 Pro. Our test unit of the realme 5 comes with a 6.5-inch HD+ display, a Snapdragon 665 processor paired with an Adreno 610 GPU, 4GB RAM and 128GB of expandable storage via a dedicated SIM card slot on the phone’s triple card tray.

To give a sense of perspective, the Snapdragon 665 processor is a chip of recent vintage built on an 11nm FinFET process that was introduced earlier this year to power midrange phones. The processor runs at up to 2.0GHz and has AI support via the Qualcomm AI engine baked in for the realme 5’s rear quad camera array. 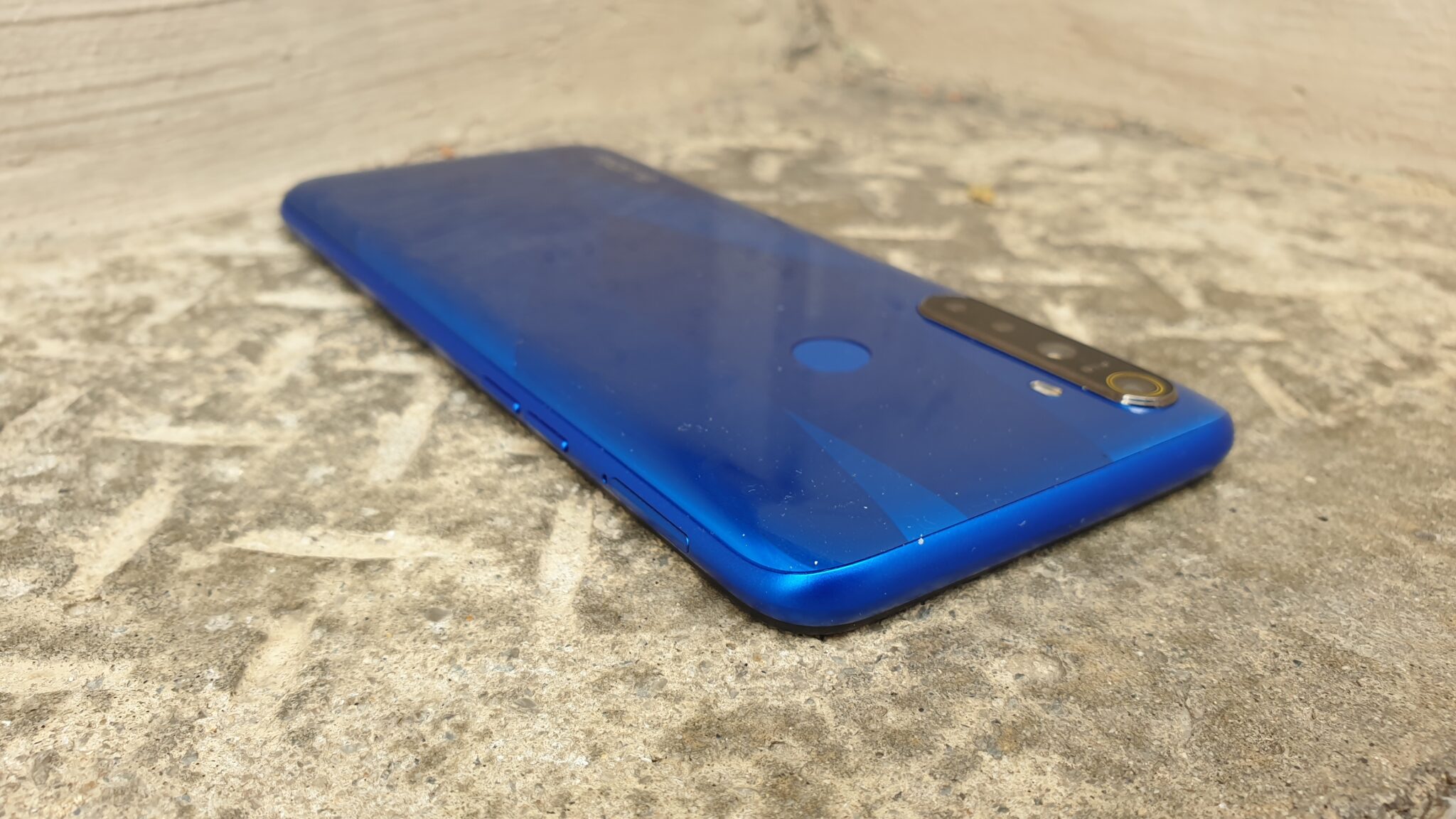 In terms of firmware, the phone runs Android 9.0 Pie with their ColorOS 6.0 user interface. It boots up swiftly and getting about is a relatively intuitive affair though this particular incarnation of ColorOS is again chock full of bloatware with a good chunk of it preinstalled.

A stock install of the phone comes the Lazada app,the Opera browser which overlaps with what Chrome already does and a quaint WebNovel app which offers a truly dubious selection of graphic novels and fan fiction, most of which have very liberal interpretations in terms of their definition of literature. And that’s just getting started. 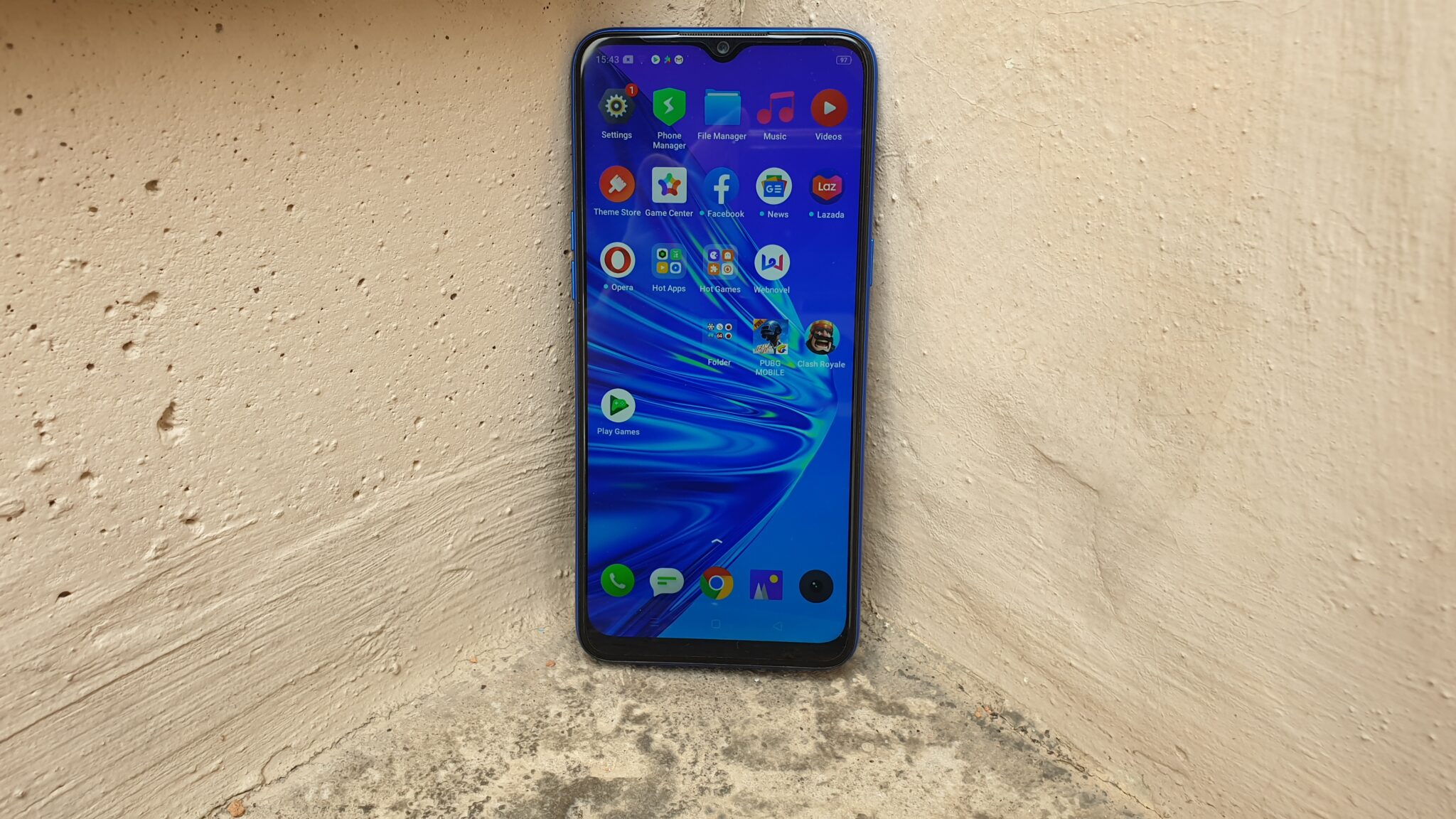 This time around, ColorOS is also sporting their own App Market that seems to mirror the Google Play store which has many of the same apps and also bungs in two separate shortcuts which are labeled in a straightforward, if rather amusing fashion as Hot Apps and Hot Games. Some of these apps correspond to what you’d find on the Play store like Grab, Clash Royale and the like.

Other apps on the App Market seem to be curated in a bizarre fashion with titles and apps we’ve not encountered before. Ever. The App Market from realme is worth looking through but seems to lack the breadth and depth of what the Google Play store offers.

Over in Antutu 3D, it got a score of 139,663 points while in GeekBench, it got a single-core score of 314 points and a multi-core score of 1,392 points. These are hardly chart topping numbers but benchmarks are aren’t the final word that determines performance in a phone.

Under actual use the realme 5 performed in a fairly smooth fashion. Most apps loaded up fairly fast like Chrome, YouTube and the like but intensive ones like games and the like take several seconds to load up. When subjected to PUBG, it was only able to tackle it at low settings even with the provision of their Game Space feature that optimises system resources when playing games. More casual games like Clash Royale and C&C:Rivals were handled smoothly without undue trouble.

The realme 5’s huge display offered a relatively pleasant viewing experience for movies and games, more so because of its large size and most content seen on YouTube were handled with fair colour rendition though it’s modest HD+ resolution is apparent when you’re tackling higher resolution content with jagged pixels aplenty. Unfortunately, the realme 5 only supports up to Widevine L3 DRM at this point in time so if you’re a Netflix junkie you’re stuck with streaming SD as opposed to higher resolution videos.

There’s no fine tuning of colour temperature for the display but you’re able to tweak it with broad slider settings if you deign to do so but the default settings are fairly colour neutral so it’s more of a matter of personal taste. The sole speaker at the base of the phone proved underwhelming and was sufficient for listening to the odd Spotify track or two but like many other similar designs of its ilk, it’s easily blocked when held in landscape mode by your fingers and lacks depth or detail.

Minor quibbles aside, the realme 5 still plays to its strengths and its minor shortcomings don’t impact its capabilities for day to day use.

The realme 5 touts a quad camera array on paper but in practice, it’s a triple camera array augmented by a 2-MP depth sensor. What you get is a primary 12-MP F/1.8 camera with phase detection autofocus that handles most of the grunt work, a secondary 8-MP camera with a 119-degree wide angle lens for scenery and group shots and a 2-MP F/2.4 camera for macro shots at point-blank distances. The fourth 2-MP ‘camera’ is essentially a depth sensor for portrait mode. The camera array also integrate AI to optimise shots for certain scenes and also has digital zoom in 2x and 5x increments. 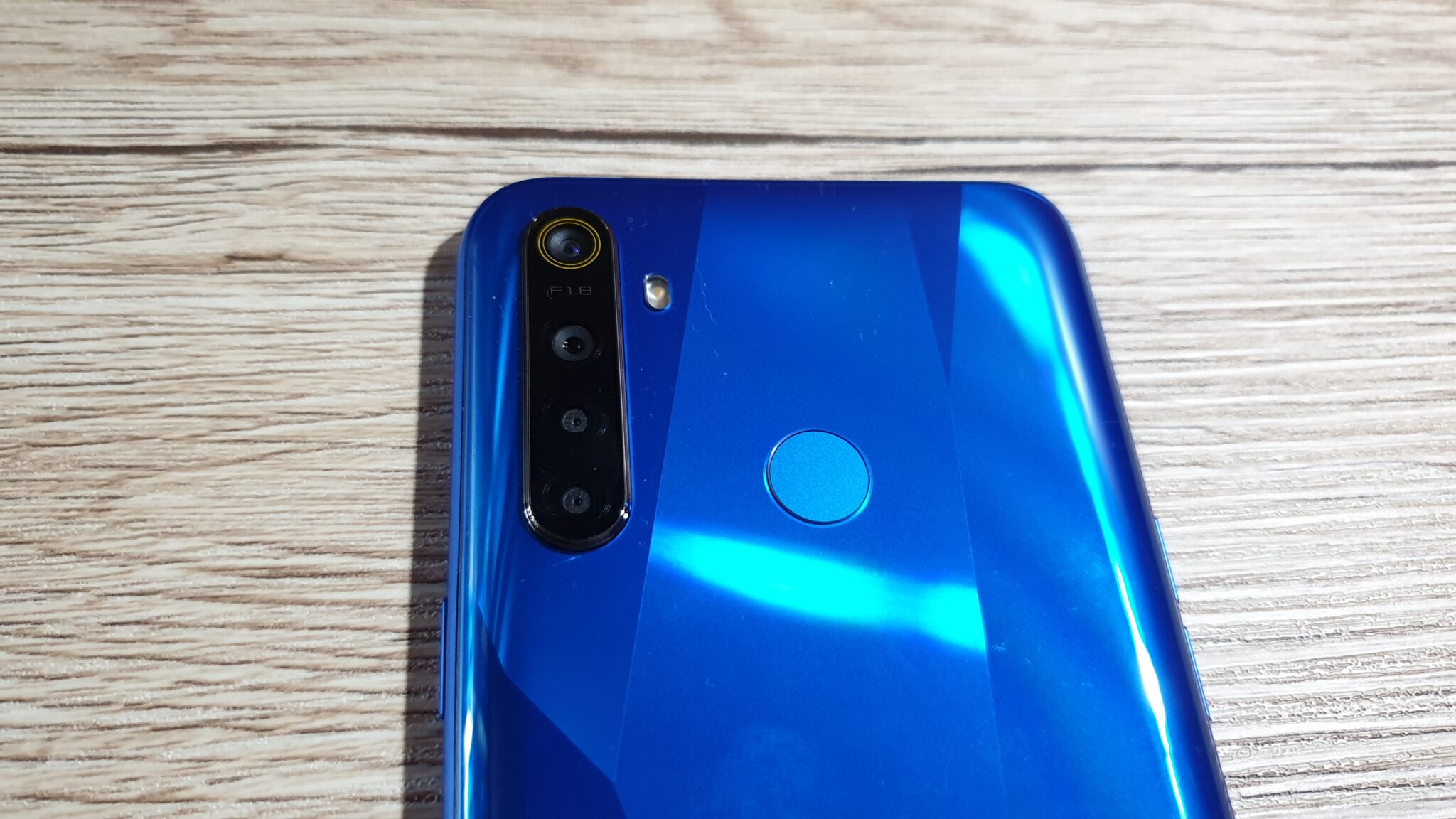 Getting about is via realme’s own camera user interface which has been optimised for casual users with the most common modes prominently set within easy reach. The digital zoom mode is available on a slider while users can immediately delve into the video and portrait modes on another slider just next to the virtual shutter release.

Unfortunately, this emphasis on ease of use means they’ve hidden the more interesting bits behind a series of obtuse nested menus that aren’t intuitive by any means. Accessing the dedicated wide angle camera is via a tiny symbol in a corner. Triggering the macro camera requires you to select a specific camera mode in a dropdown menu. It’s quite a learning curve and some patience is needed.

At your disposal, if somewhat haphazardly scattered about, is a wide angle camera mode, a portrait mode to capture nice mugshots off the rear camera, a dedicated night mode, a 240fps@720p slo-mo mode and an Expert mode that grants you access to tweaking aperture, white balance and exposure settings. Also available on top of the usual HDR mode and filters is a ChromaBoost mode unique unto realme cameras that results in more vibrant images. 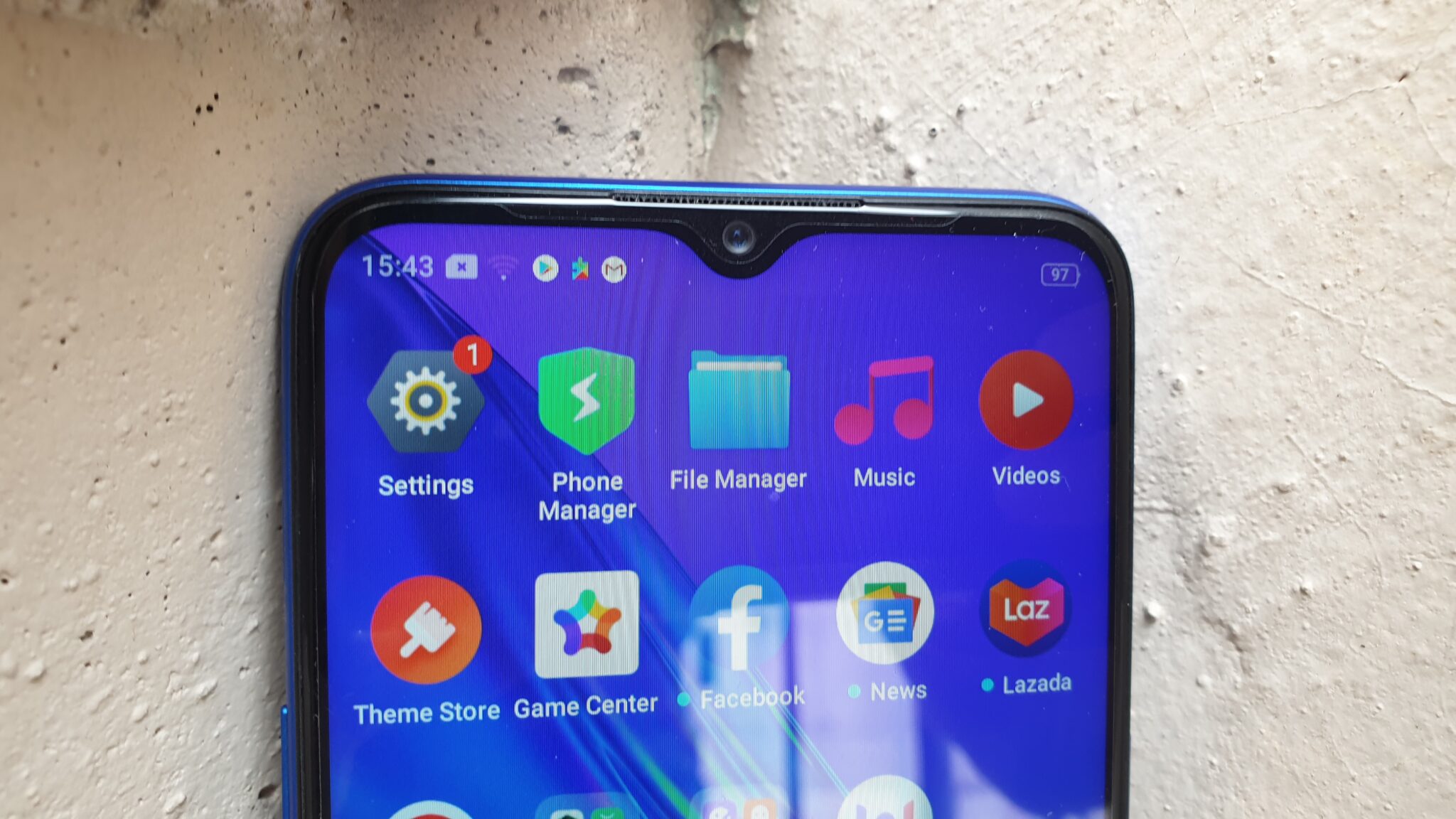 In general, the primary 12-MP camera delivers pretty good results across the board when set on auto with HDR on auto mode and ChromeBoost on under daylight conditions though its digital zoom mode results in noisy images so it’s best avoided in all but the most dire circumstances. 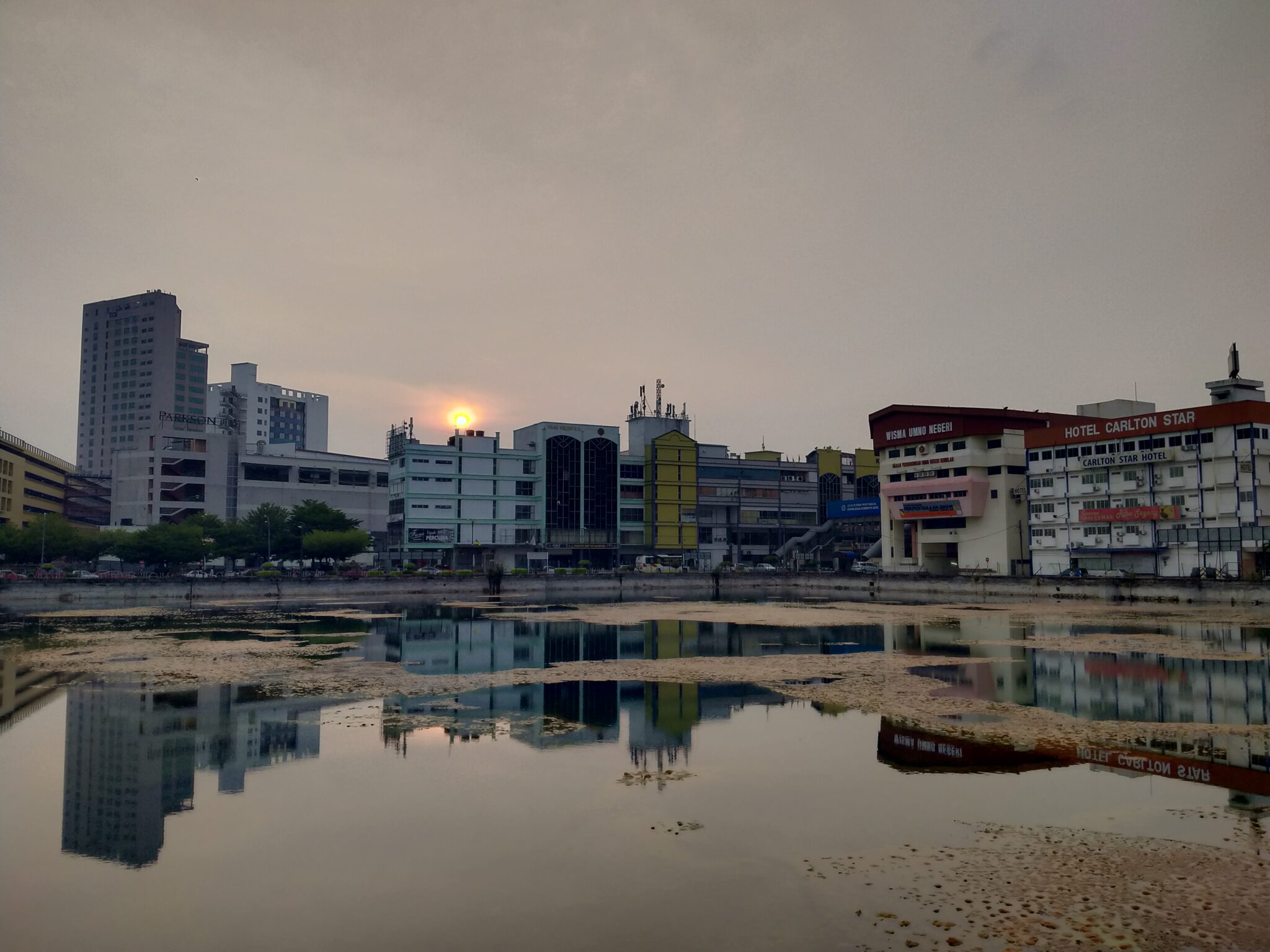 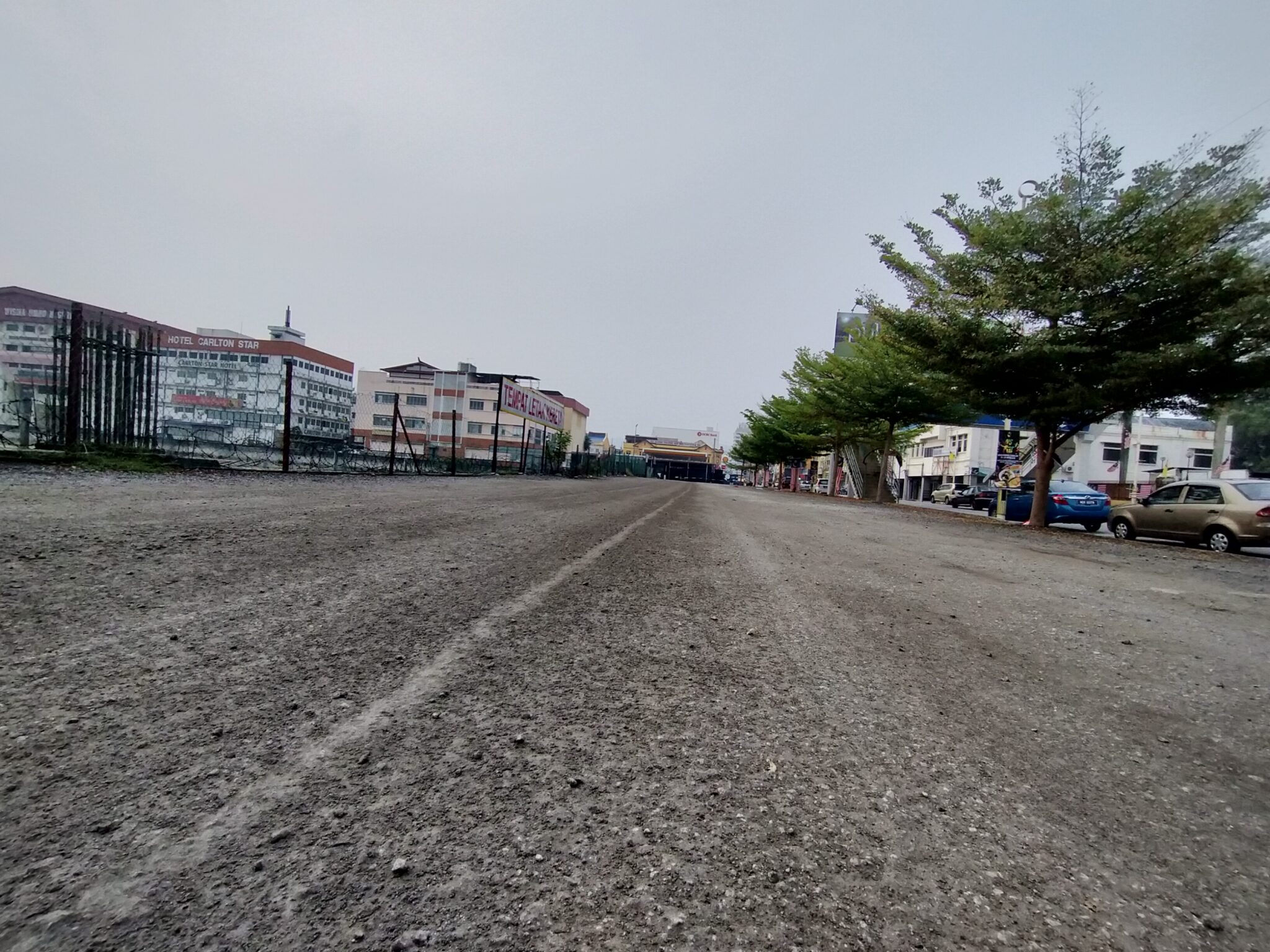 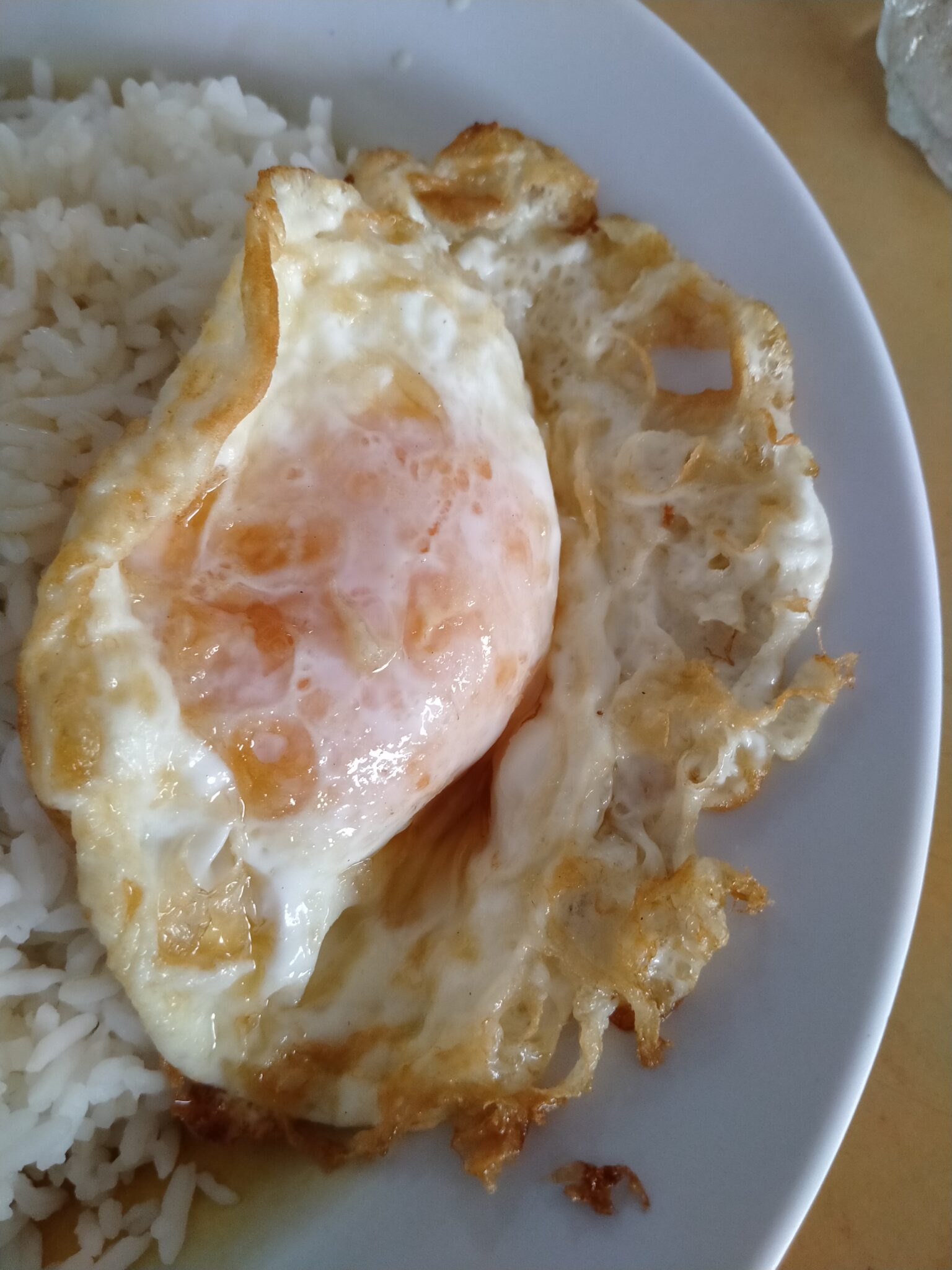 The wide angle camera also serves up good shots of scenery under daylight but fares poorly in dimly lit conditions. With some patience, you can yield excellent macro shots with the 2-MP macro snapper but again, only with excellent light. 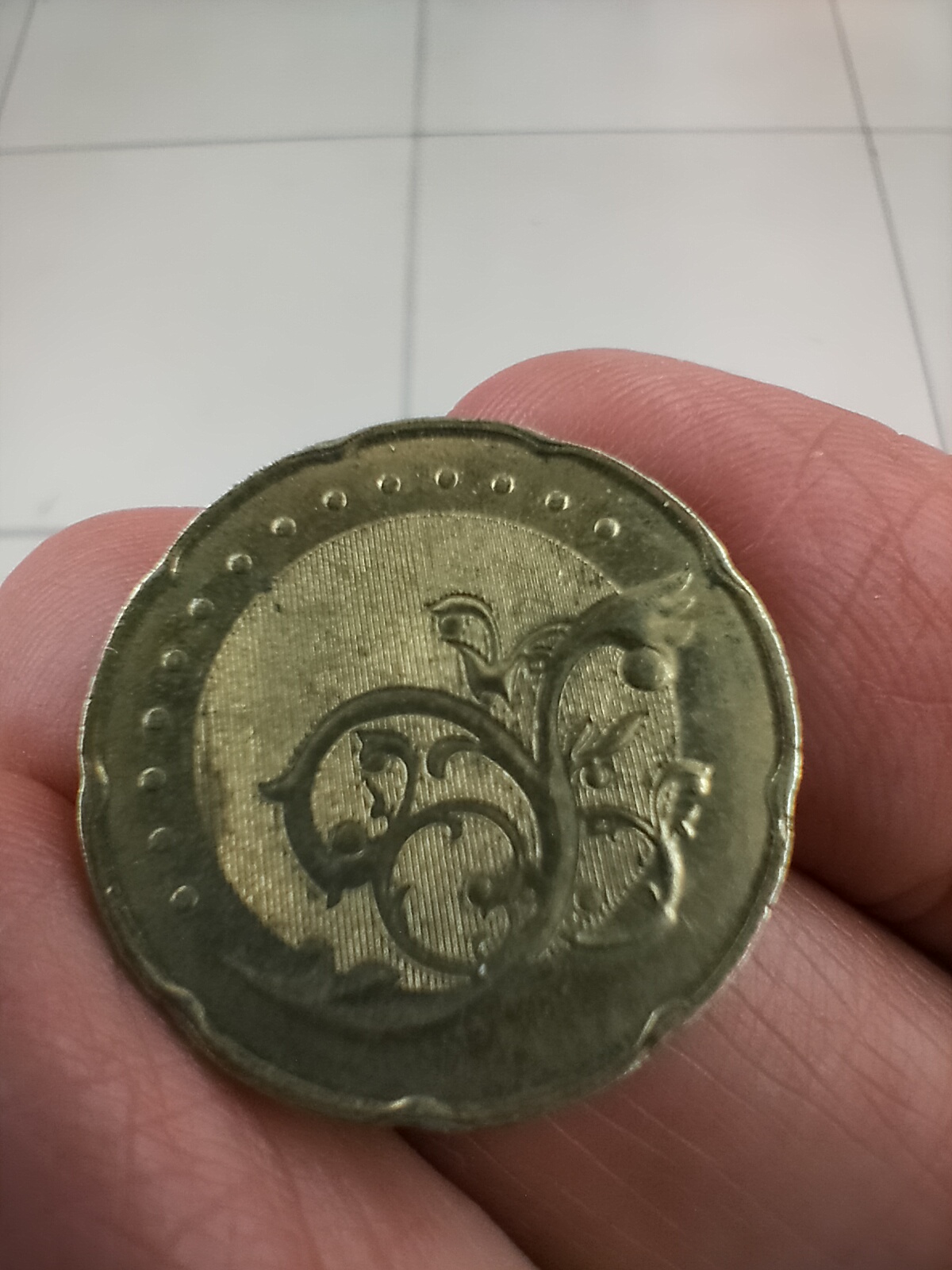 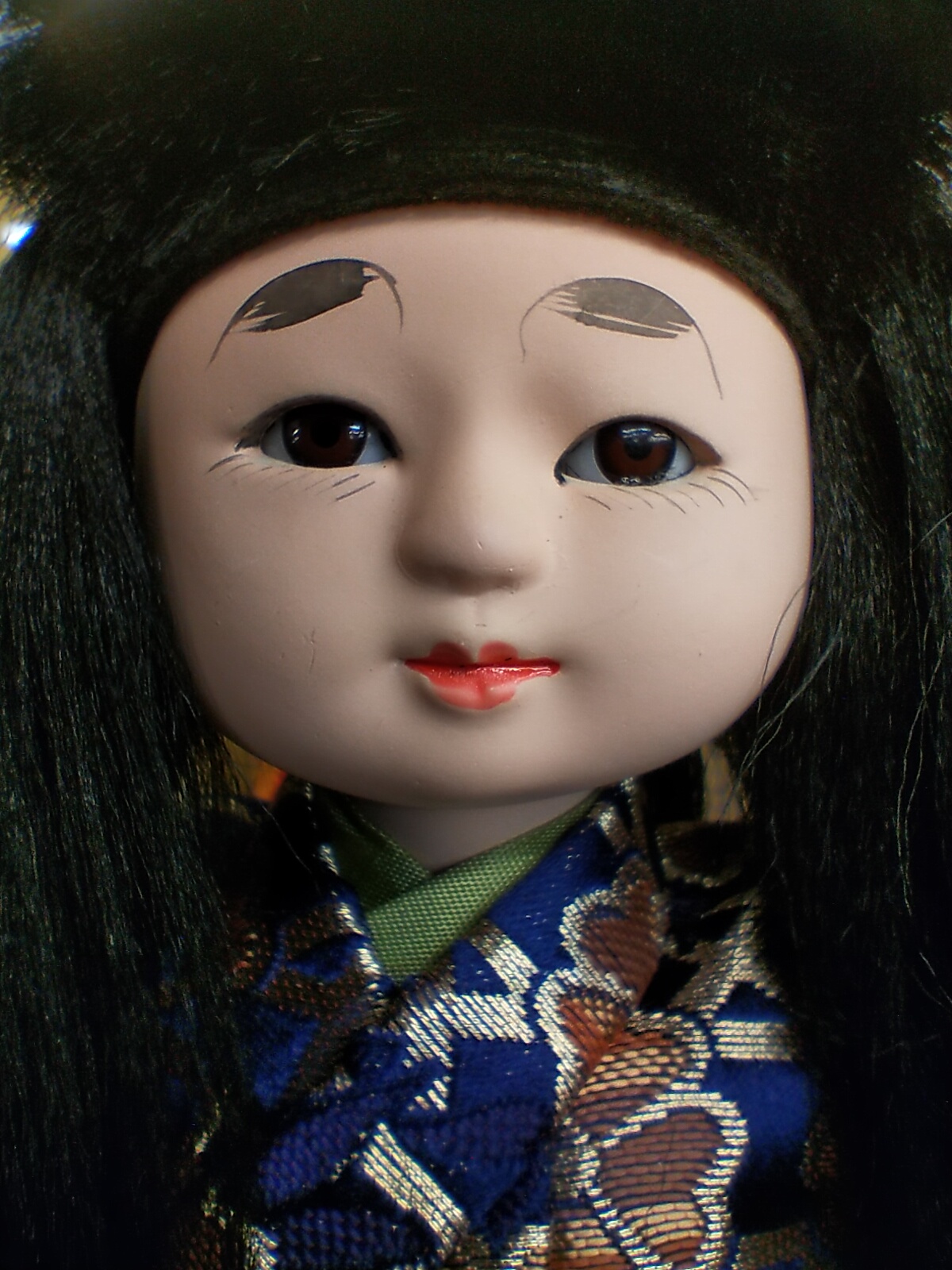 Another close-up on auto mode. Fortunately this doll is not possessed by the spirit of a homicidal demon.

Portrait shots are fair with pretty good background and foreground separation most of the time but it occasionally botches fine details like hair. The selfie camera is perfunctory with a host of beauty modes that help you get smoother skin tone, larger eyes and the like though in practice they still don’t work all too well with male subjects. 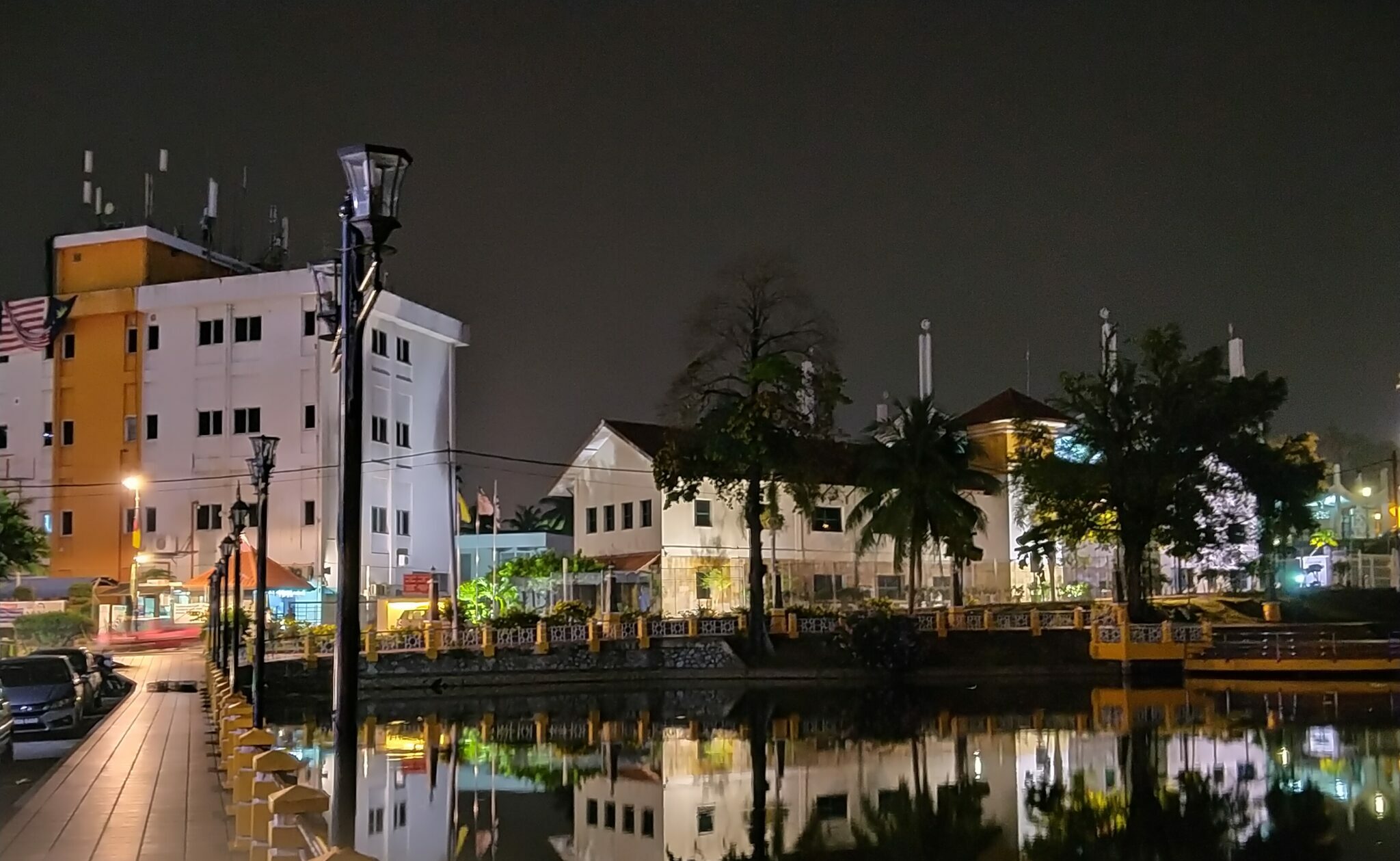 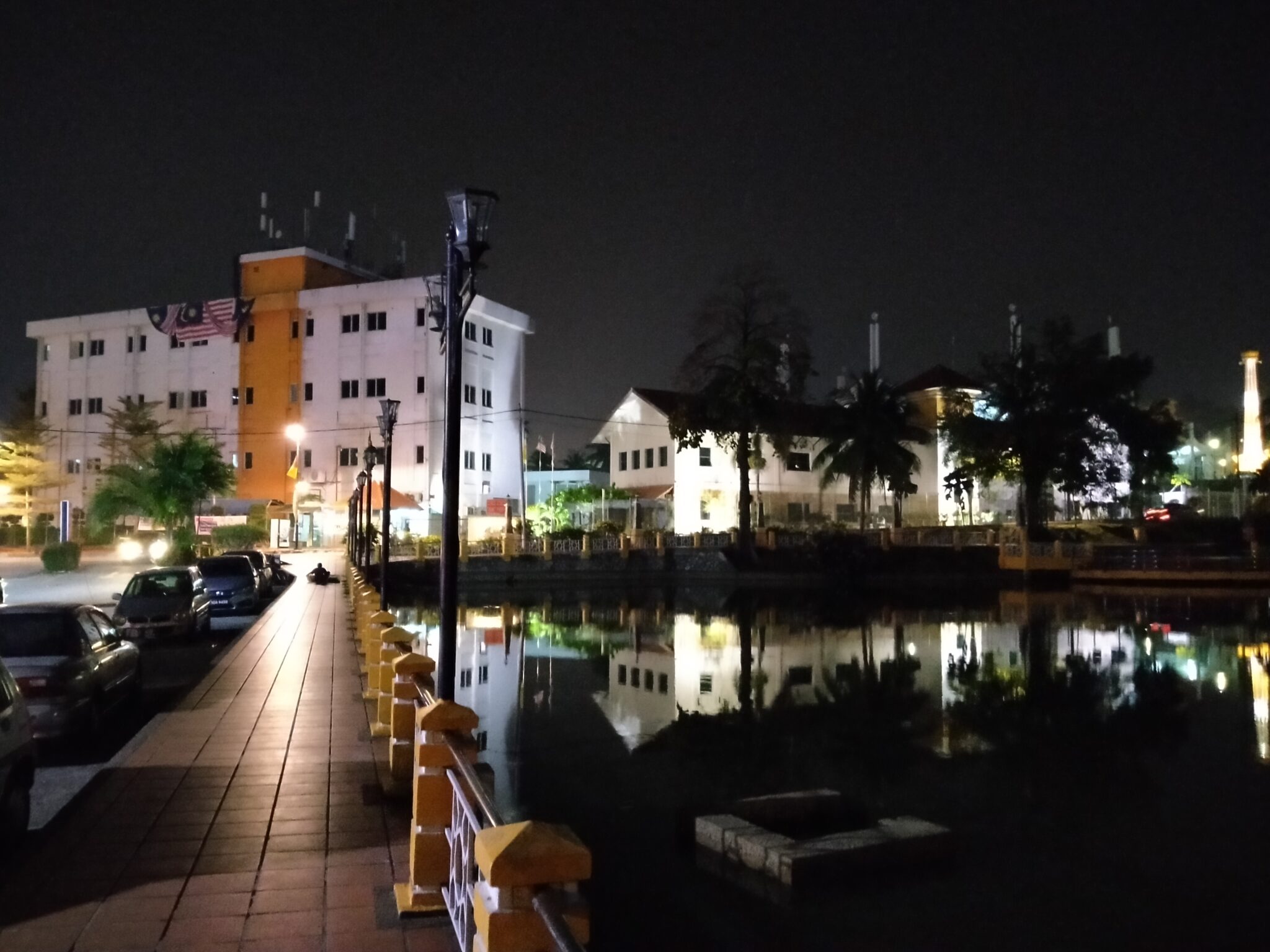 Videos from the rear camera are serviceable though there’s noticeable pixellation especially under dim light conditions and the lack of OIS means you’ll need a gimbal or a static position to get usable footage. Still, you’re getting a serviceable set of cameras that while not stellar, do the job quite well for basic tasks – food shots, family photos, the odd car park pillar or two and some video clips for Facebook and Instagram. 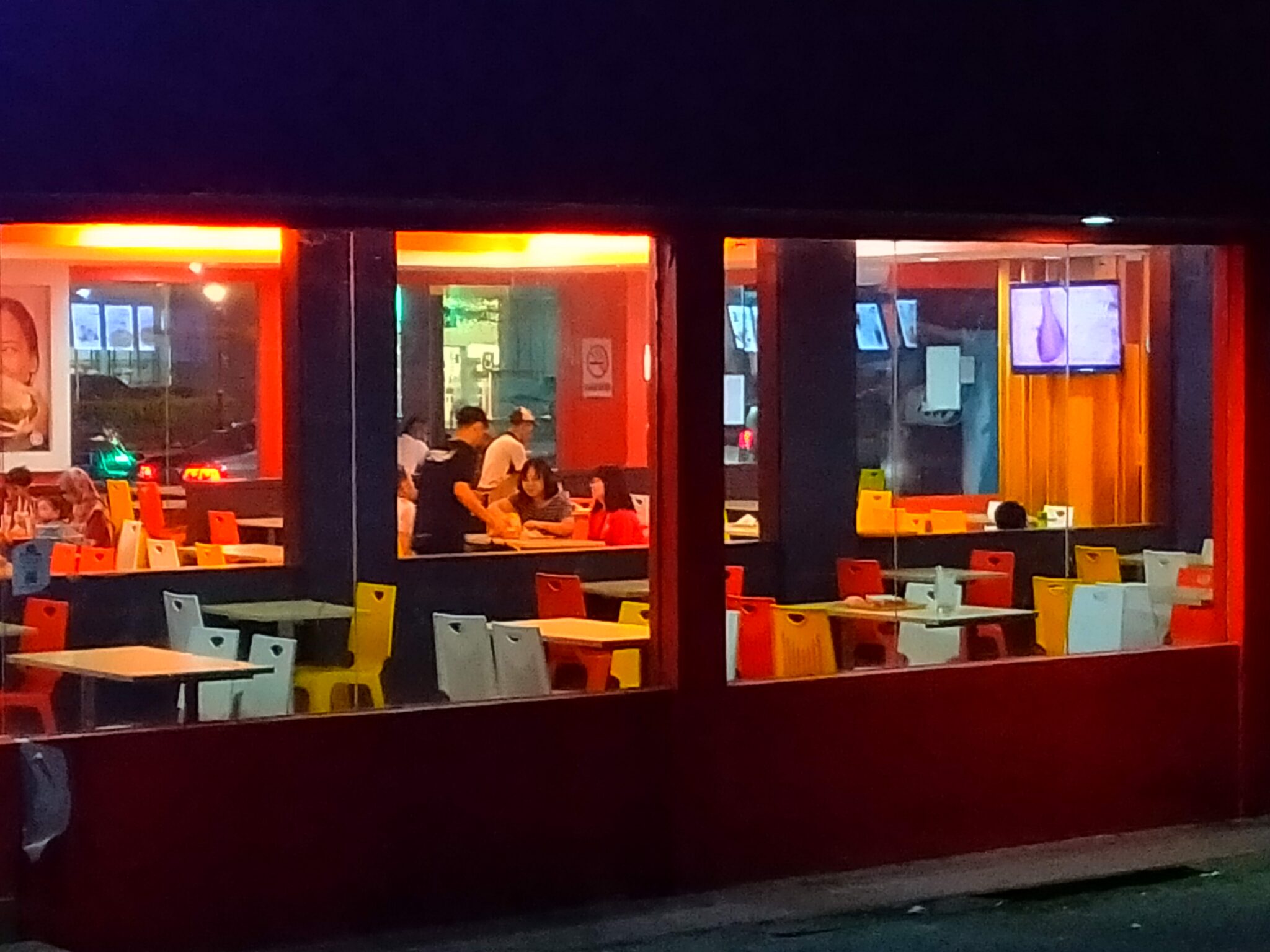 The biggest draw where the realme 5 trumps all comers is the sheer size of its 5,000mAh battery. On paper, this humongous battery is rated to offer 29.9 days of standby battery life – that’s almost a month! Under more practical terms, the phone is rated to offer 8.5 uninterrupted hours of PUBG or 19 hours of YouTube videos which is an impressive sum by any measure of the word. This is also helped in part due to the relatively new and efficient SD665 processor and the fact that there’s less pixels to push on the large HD+ resolution display. 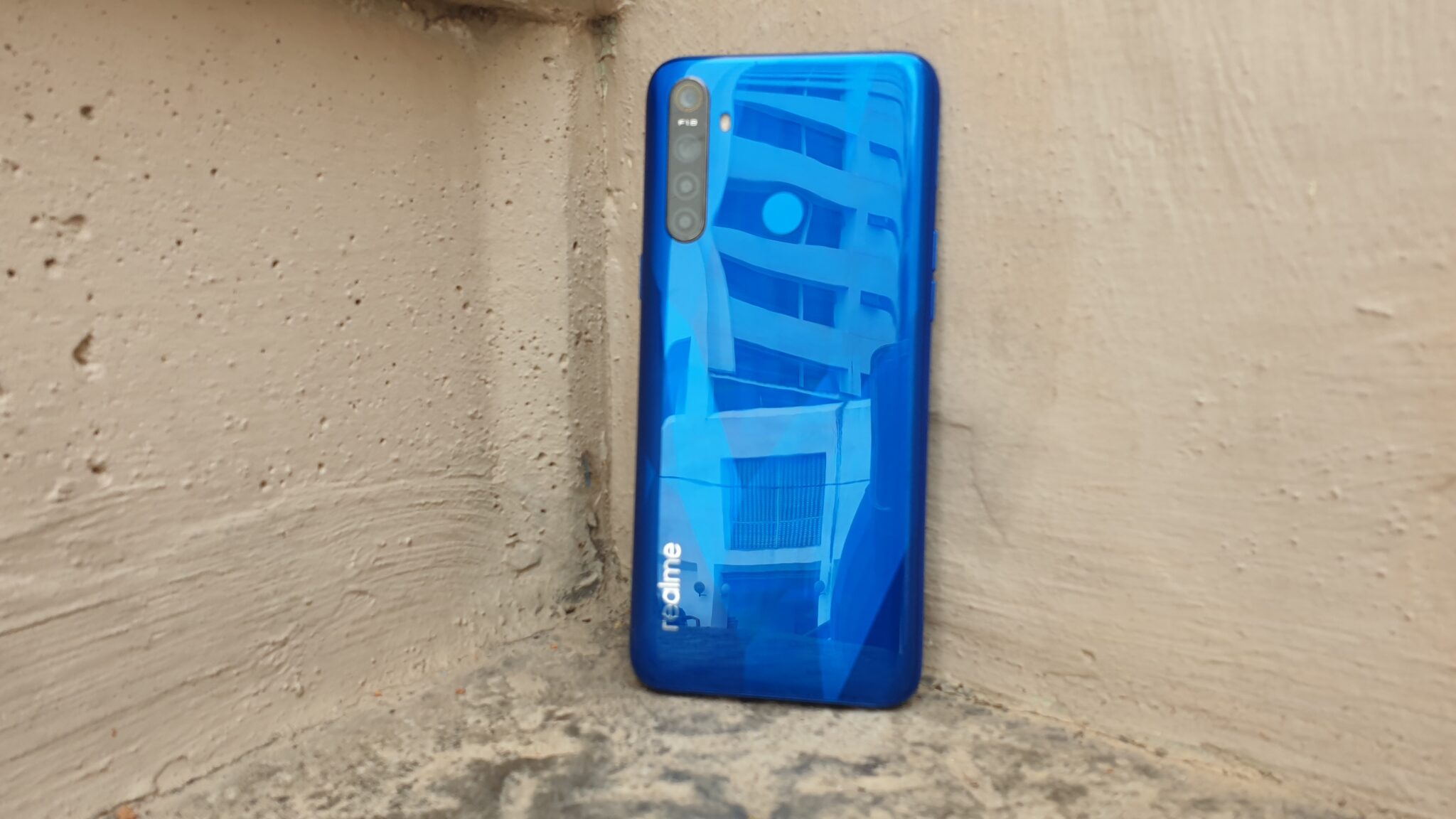 Under practical field conditions, the realme 5 delivers close to the mark with stellar endurance. Even with heavy use – data on all day, several hours of gaming and YouTube, an hour worth of phone calls and even a Skype call for an hour, the realme 5 still had more than enough juice to last through well to sundown the next day. If you’re a frugal user, you’ll likely get over two days of battery life.

Unfortunately, the phone lacks any fast charging capabilities with the provided 5V/2A charger needing several hours to top it up to full from dead zero. If you’re on a tight budget and are looking for a large display and amazing battery life, the realme 5 won’t let you down.

What we liked Massive battery, large display, still has a headphone jack
What we didn’t Still uses a microUSB port, obtuse camera menus, no fast charging
We say For the price of entry, the realme 5 offers a large screen, modest performance and a huge battery. This is a solid budget phone that offers the essentials without costing an arm and a leg.