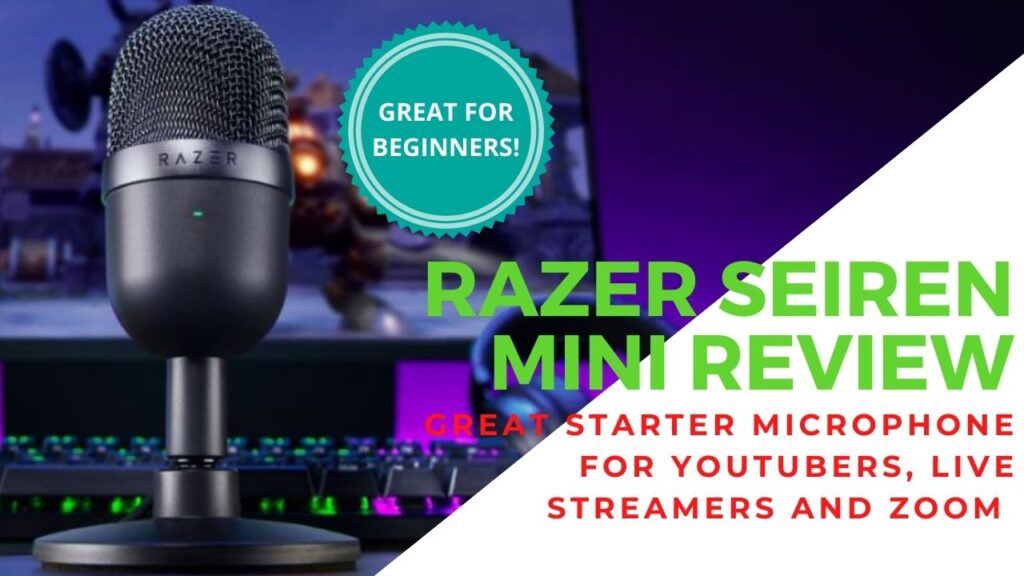 If you’re looking to get started on being a video game streamer  or you need to have clearer audio quality when you’re making Zoom or MS Team calls, you’ll need a dedicated microphone. And no, that tiny mike built into your laptop or your phone mike isn’t going to cut it but good ones don’t come cheap and newcomers get swamped with a ton of choices which is where the Razer Seiren Mini microphone comes into the picture.

Launched a few months ago, the Razer Seiren Mini is a no-frills compact streamer-quality microphone that aims to be affordable, easy to use and effective. Here’s our Razer Seiren Mini review and its performance for work and play… 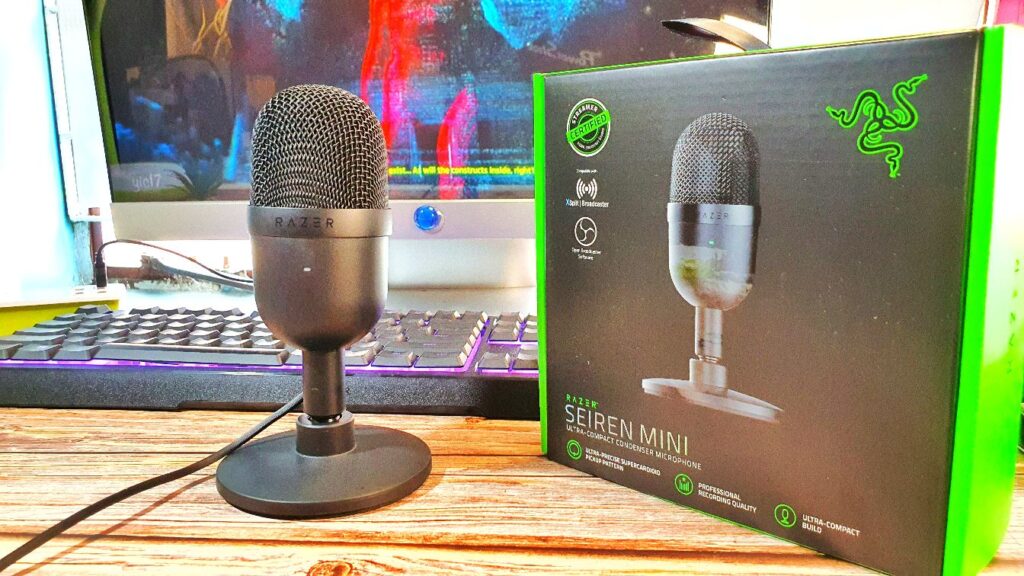 What’s in the Box of the Razer Seiren Mini

The Razer Seiren Mini comes with the following items with most of them being separated components of the microphone itself that you simply have to screw or plug in. All the pieces – the base, the stand, the microphone and cable all fit into each other precisely and assembling it is very straightforward. 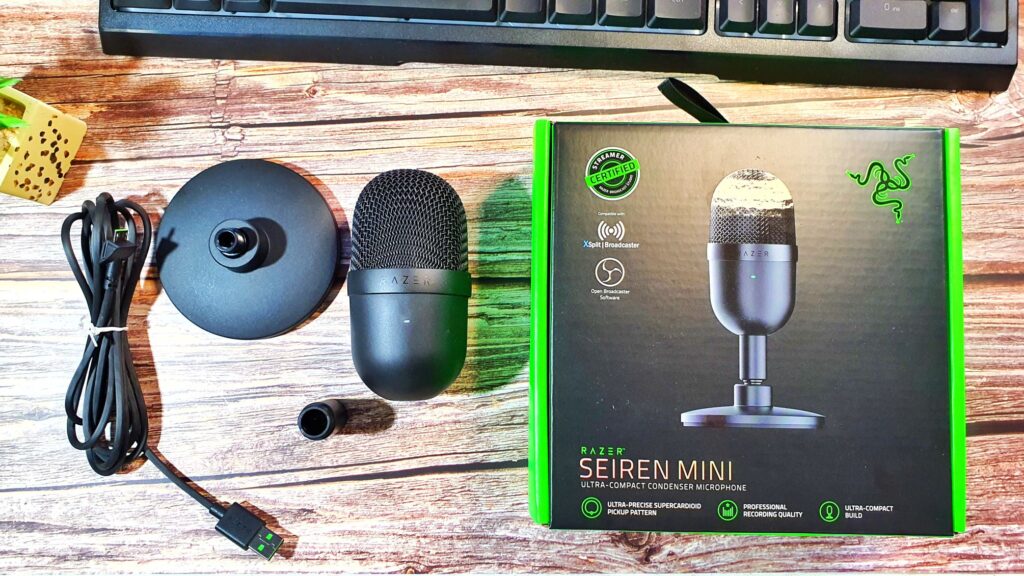 The Razer Seiren Mini is an ultra-compact condenser microphone with an egg-shaped form factor that houses a 14mm condenser capsule that has a maximum sampling rate of 48kHz and a frequency range of 20Hz to 20kHz.

The microphone housing stands up on a screw-in base with a short nub of a stand on a ball head that lets you angle it around at a slight tilt in any direction. The screws are a standard ⅝-inch thread so you can detach the Seiren Mini and use it on a boom arm or mic stand when your setup gets more sophisticated. 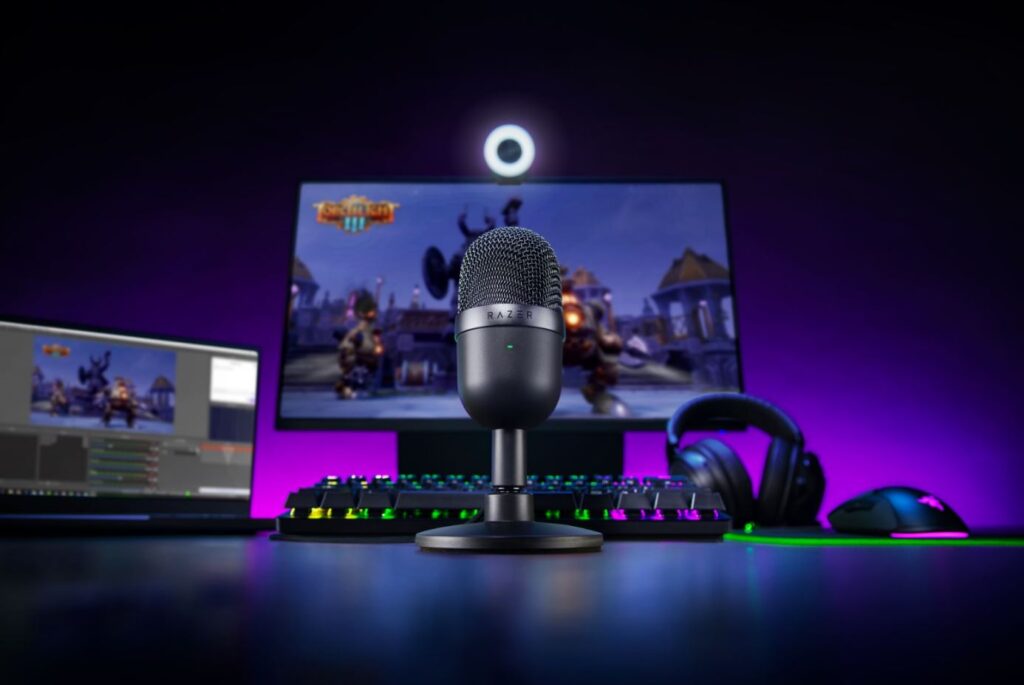 It comes in three colours – a pinkish Quartz, a white shade they’ve dubbed as Mercury and in our case, a plain yet stylish looking Black. Build quality is extremely solid and the whole setup is compact enough that you can easily leave it whole and carry it in your backpack for offsite streaming.

Going for the simplistic approach, the Seiren Mini lacks buttons, dials as well as a mute function. It is effectively plug-and-play. You don’t need to install drivers to get this to work and simply need to plug it into a USB-A port and then use the streaming or voice recording app of your choice. 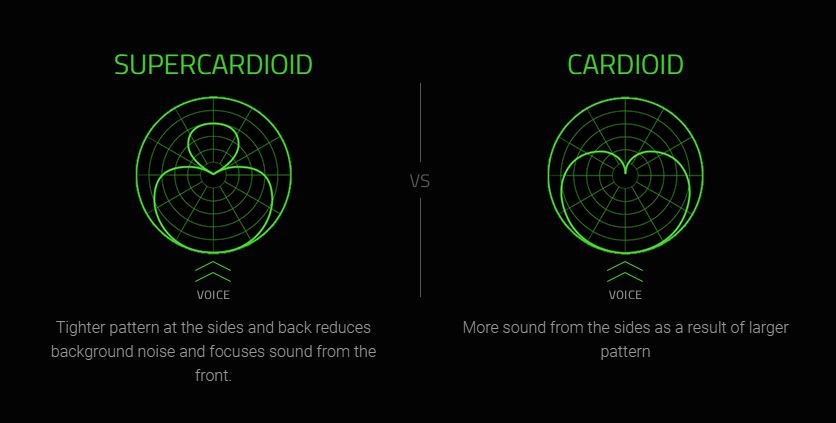 This streamlining is also in regards to its capabilities as it has only has one pickup pattern: supercardioid.  This means that it captures sound directly in the front and in a small zone behind the mike while ignoring the sides. Higher end microphones may have more pickup patterns but also typically cost more in the bargain.

Detractors may decry the lack of features but these are strengths for the Seiren Mini, allowing novices to immediately start streaming rather than having to pore through a manual to get started. Unfortunately, the Seiren Mini also doesn’t work with Razer’s vaunted Synapse app but that’s not a major quibble here.

The Razer Seiren Mini’s simplicity means that it will work with both Windows 10 PCs and MacOS laptops without having to jump through many hoops. Once you’ve plugged it in, you simply have to fire up the streaming app and game of choice or in the event of a Zoom or other video call, select it as your audio input and you’re ready to roll.

In testing I found it a bit too short if you plonk it on a table so you’ll either have to lean a bit forward or in our case, prop it up on a few books we had lying around so that it was closer to my mouth with about a hands-width of distance. See – reading does pay off! 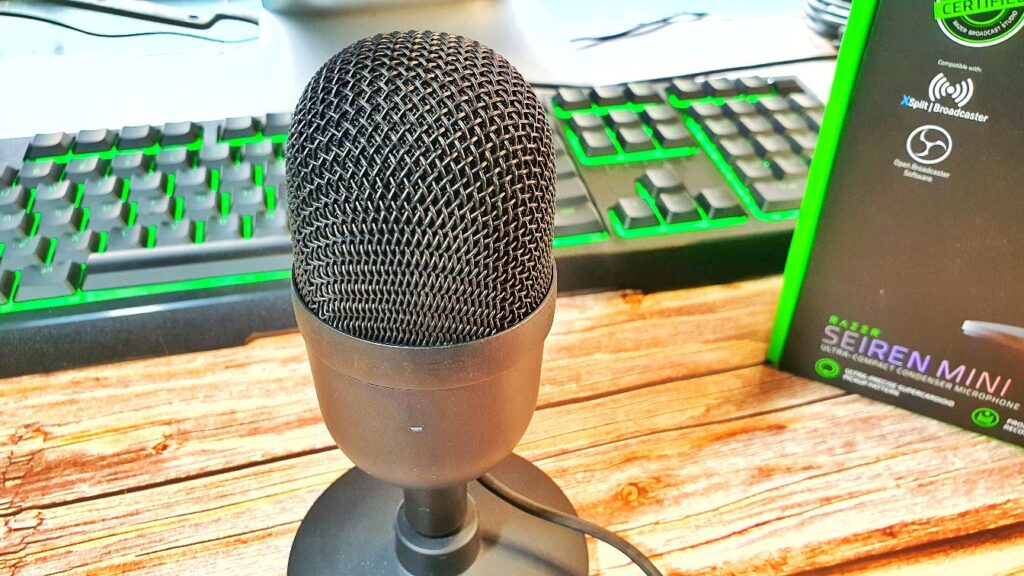 We tested the Seiren Mini with a reading of a sonnet from Shakespeare to see how it picks up vocals and then did a control sample with a built-in laptop microphone. The control sample picked up sound in the immediate vicinity so there was quite a bit of background noise in the sample and my voice sample sounded nasal and flat.

Audio picked up with the Razer Seiren Mini sounded more precise with clearer, cleaner vocals on account of the more precise polar pattern and the quality of the mic. There is still some background noise that leaks in like the sound of traffic but for the purposes of a Zoom call, a live stream or gaming it’s sufficiently muted enough not to be a major concern. Callers did note an improved, cleaner voice quality when I used the Seiren Mini in conference calls which makes this a good investment if you’re a speaker or teacher that needs to address a large virtual crowd online. 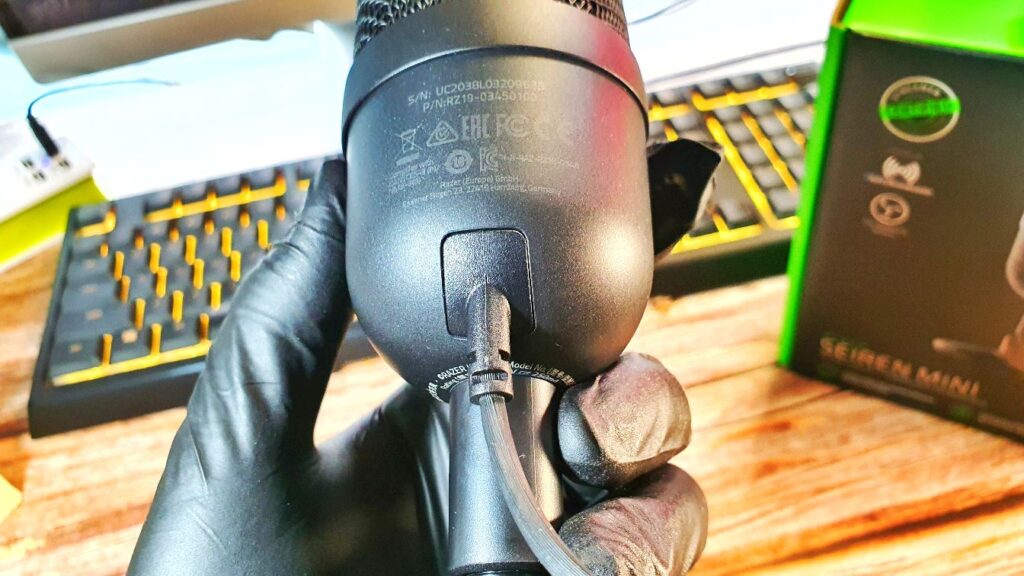 The Razer Seiren Mini accomplishes what it sets out to do, offering improved audio quality in a compact and durable yet reasonably priced form factor. Streamlined in terms of features for simplicity and easy plug-and-play, the Razer Seiren Mini is a great choice for those starting out as YouTubers, content streamers or academics and executives working from home looking to get better quality audio for video calls and presentations.

Users looking for a more fuller featured but slightly pricier setup can also look at the Razer Seiren X which adds in more controls and a taller design. 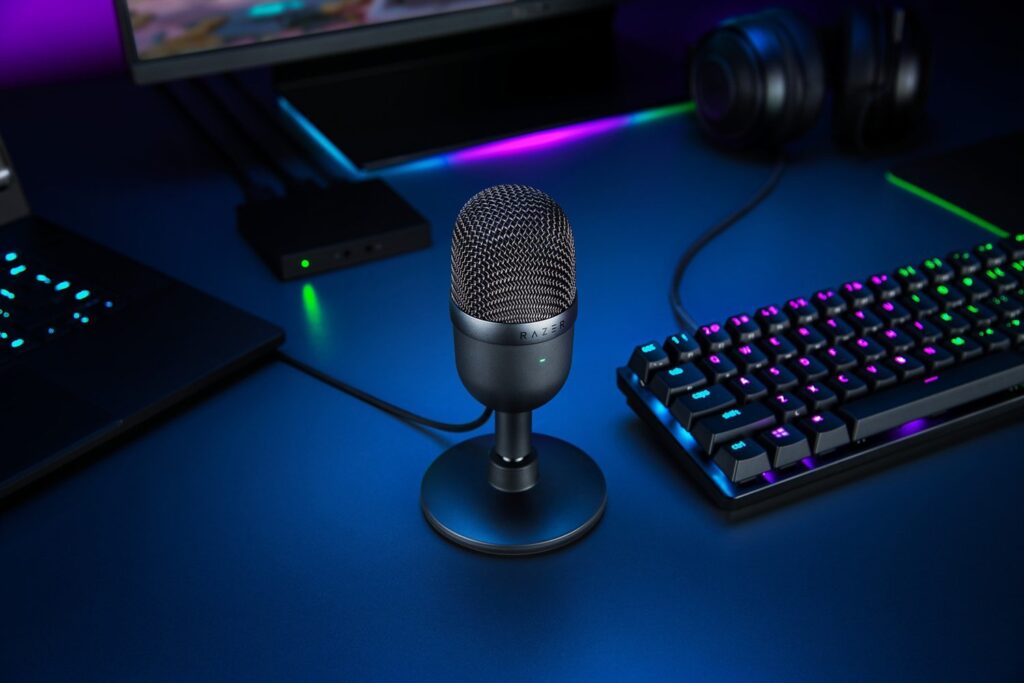 The Razer Seiren Mini is an entry-level microphone that blends a reasonable price tag with solid build quality and good audio quality for price, making it ideal for newcomers looking to get started being a Youtuber or game streamer. It also sees utility for work-from-home users looking to get a leg up with better audio for video calls like Zoom, MS Teams and the like.

The Seiren Mini’s streamlined simplicity and lack of advanced features may deter experienced users looking for more advanced microphones but the Seiren Mini’s portability still makes it a viable backup to stash away for an offsite job. If you’re looking to get started in the game, this is a very worthy choice.

Only one cardioid polar pattern available