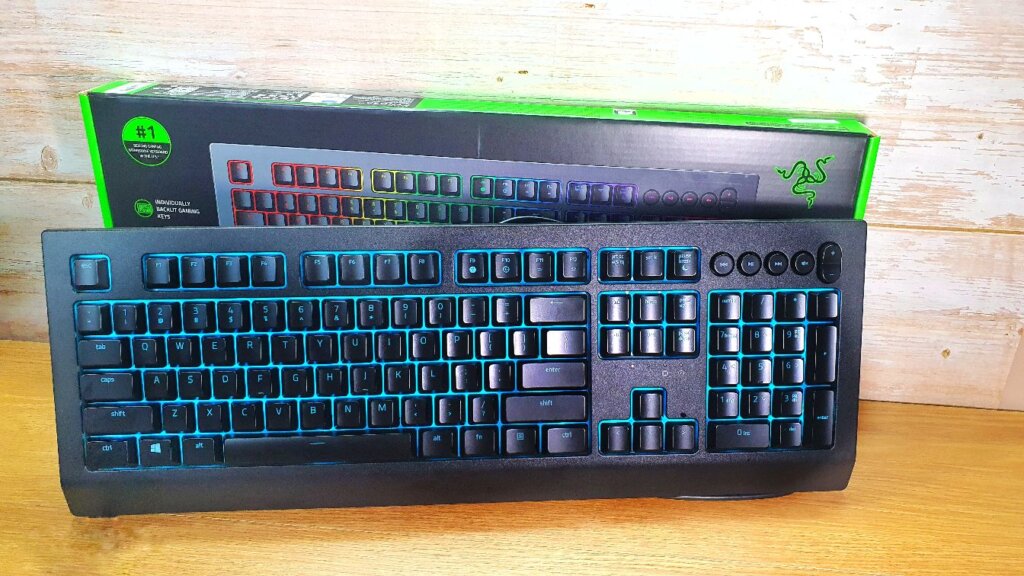 Good things don’t come cheap but this refresh of the original Razer Cynosa gaming keyboard, dubbed the Razer Cynosa V2 aims to offer a slightly enhanced experience over its predecessor while keeping to a sub RM300 price point. Check out how it fares in our Razer Cynosa V2 keyboard review.

The Razer Cynosa V2 keyboard comes in a flat pack box that opens up to reveal a full sized wired keyboard with a non-removable 2-metre long cable that ends in a USB-A port. The underside of the keyboard itself hosts a pair of kick stands that deploy to a fixed angle along with a series of recessed grooves for cable management.

The cable itself is fairly plain and is sheathed in rubber rather than the sturdier braided fabric seen in higher end Razer keyboards and other devices which may make extended usage and flexing a concern especially if you are going to move it around a lot. If you’re a gamer with a fixed setup, this won’t be an issue.

In terms of build and design, the Razer Cynosa V2 somewhat resembles the commonplace stock keyboards that are typically bundled as part of OEM PC setups with an external casing made of matte black ABS plastic and shiny black keycaps. The key telltale sign that this is Razer issued is a subtle monogram at the base of the space bar and also when you turn it on when it starts glowing in every colour of the rainbow. 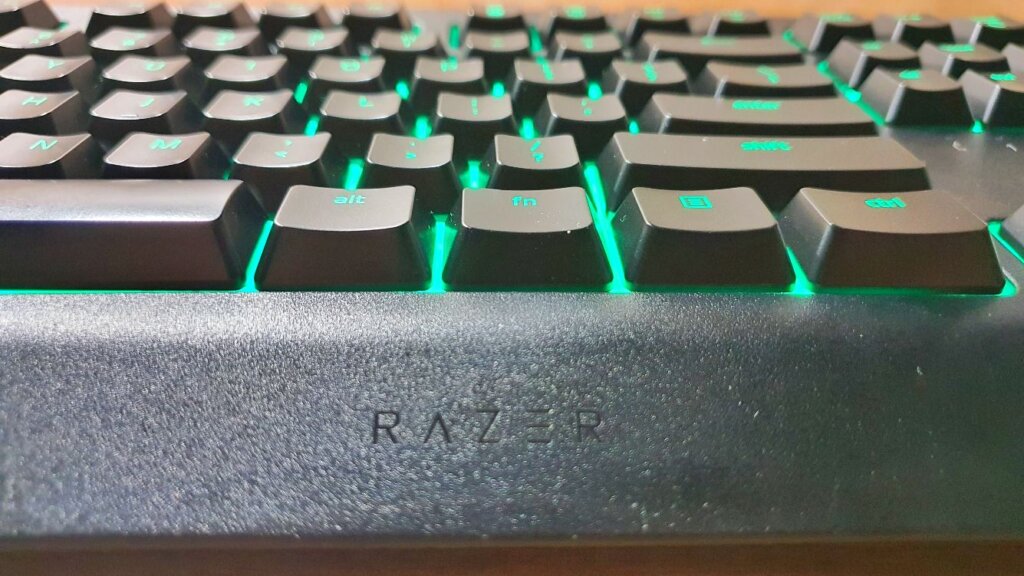 Where the Razer Cynosa V2 differs from a stock keyboard and its predecessor is that it has fully customisable Razer Chroma RGB backlighting via Razer’s own Synapse 3 app. Rather than mechanical keys, the Cynosa V2 uses more affordable membrane keys while offering spill resistance and a 1000Hz polling rate with N-key rollover.

On top of per-key RGB backlighting, the keyboard also hosts a set of dedicated media keys with a volume rocker, a mute button along with a play/pause, forward and reverse key unlike the original Cynosa. 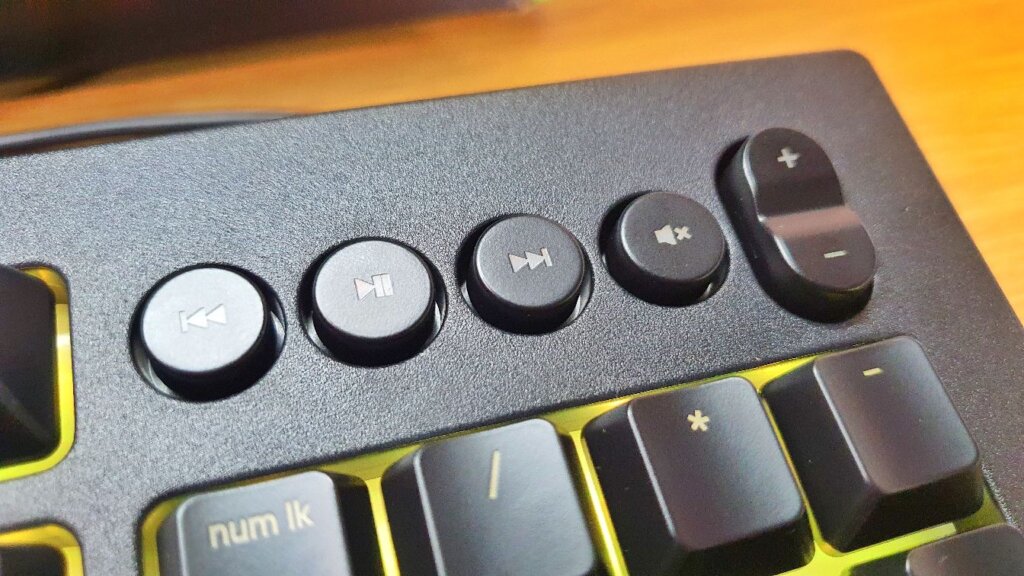 While it does look plain at first blush, the Cynosa V2 is sturdily built and once you plug it in and get its Chroma RGB lighting up and running, it looks ravishing indeed.

The keyboard is effectively plug and play though you need their Razer Synapse 3 software to get the most out of it. Without it, the Cynosa V2 will gently pulse in all the colours of the rainbow in sequence. Add in the app and you can tweak the Chroma RGB lighting patterns with over 16.8 million hues to choose from and customise your macros and keybindings too. 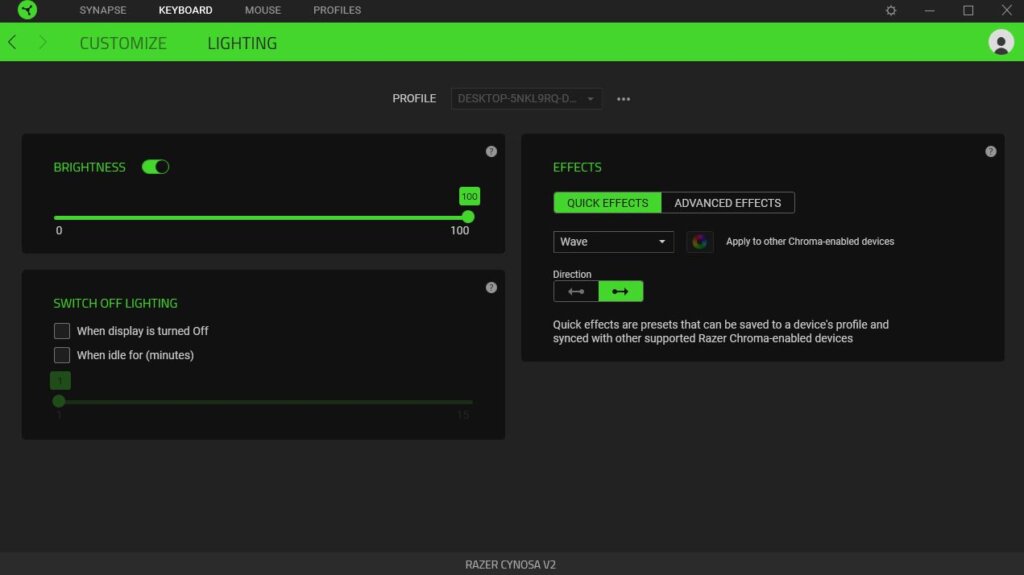 You can even customise this on a per title basis though you’ll need a fair amount of patience to go through a game to do this. Unfortunately, all your settings aren’t stored on the keyboard as it lacks onboard memory though this isn’t a deal breaker as you can still save it in the cloud via Synapse. 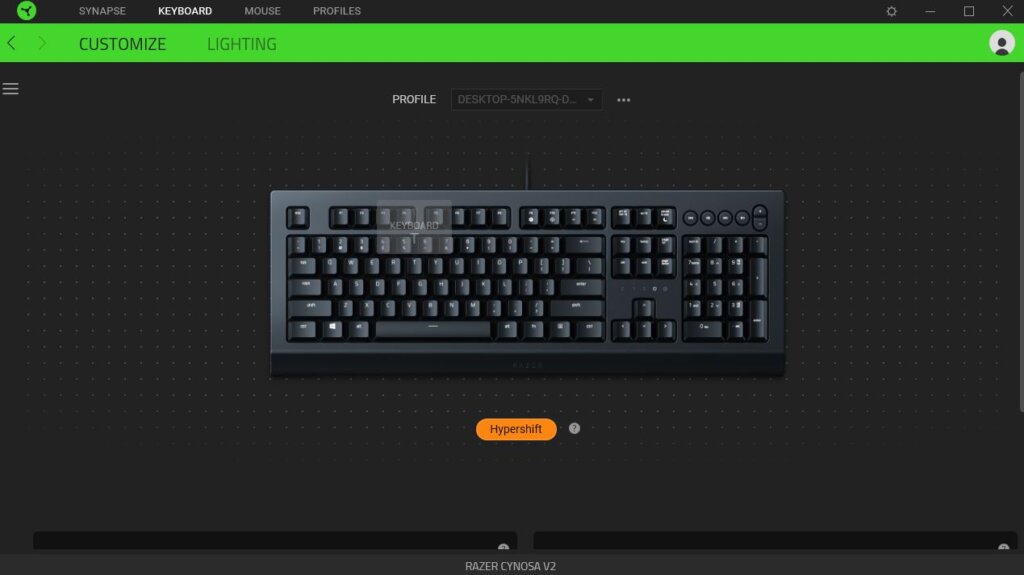 The dedicated media keys worked like a charm and made playing music and movies a slightly easier affair. There is also a unique trick with the keyboard where holding down the Function (fn) key highlights the key critical function keys to trigger Sleep mode, alter RGB brightness and fire up Razer’s GameMode. 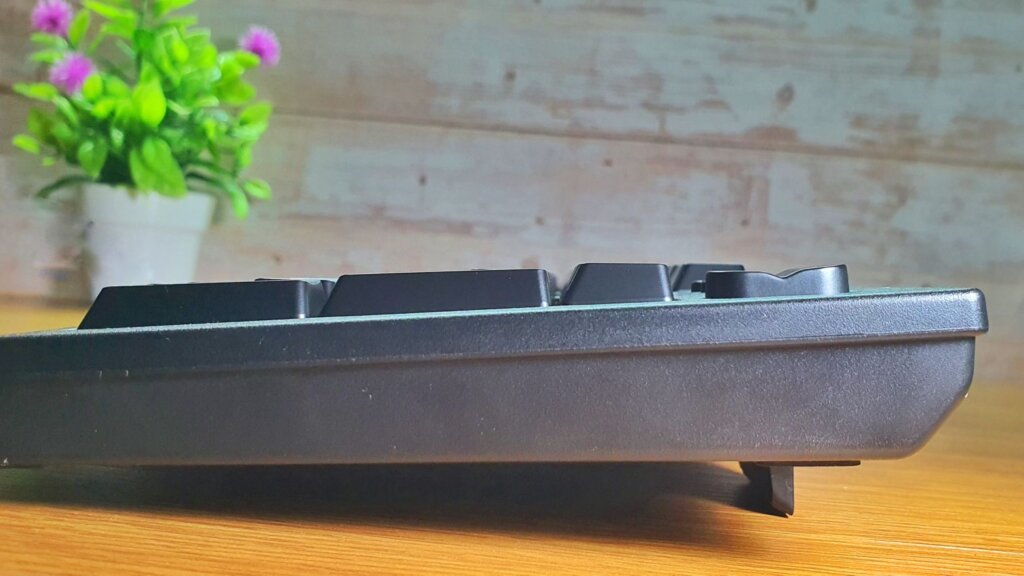 Key travel is akin to other membrane keyboards which means there’s a slight bit of squishiness if you’re used to the crisp feedback of mechanical keys though isn’t an issue seeing as this is intended as a starter option for those looking to get in on what makes Razer such a popular gaming brand.

Most casual users will find that touch typing and responsiveness is excellent with the provided keys. For general typing duties, we managed a good 110wpm and we put it through its paces through several games like Kingdom New Lands, Command & Conquer as well as Call of Duty Warzone.

READ  Razer Tomahawk is one sharp looking gaming desktop that costs US$2,400

The divine quartet of keys – W, S, A and D acquitted themselves in a respectable fashion without any ghosting or responsiveness issues and weapon swaps were reliable and swift with the Cynosa V2. 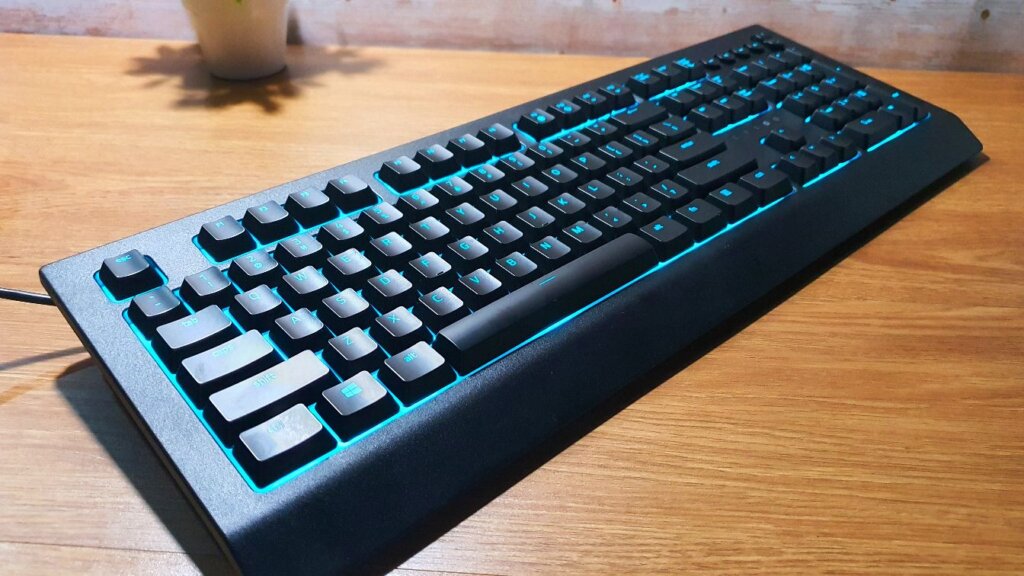 The keys on the Razer Cynosa V2 are fairly quiet for the most part and it’s silent enough that you can work in a quiet corner of the home at night without waking up everyone within five paces of you though there’s still a fair amount of sound whenever you press a key, enough that it’s audible when doing a video call or performing a live stream.

Plain looks aside, the Razer Cynosa V2 is an excellent proposition for those looking to get an affordable entry level gaming keyboard with Chroma RGB lighting into their gaming setup.

What we liked Excellent RGB lighting, customisable macros, sturdy build quality
What we didn’t Somewhat plasticky chassis, rather plain looks
We say The Razer Cynosa V2 keyboard looks somewhat plain but what it lacks in style it makes up for in Chroma RGB bling, exceptional sturdiness and Razer’s beloved customisability via their Synapse app. If you want to get in on the Razer gaming phenomenon but don’t want to give up a kidney, this makes for a decently priced gaming keyboard that gives you all the Razer essentials you need.

The Razer Cynosa V2 keyboard looks somewhat plain but what it lacks in style it makes up for in Chroma RGB bling, exceptional sturdiness and Razer’s beloved customisability via their Synapse app. If you want to get in on the Razer gaming phenomenon but don’t want to give up a kidney, this makes for a decently priced gaming keyboard that gives you all the Razer essentials you need.