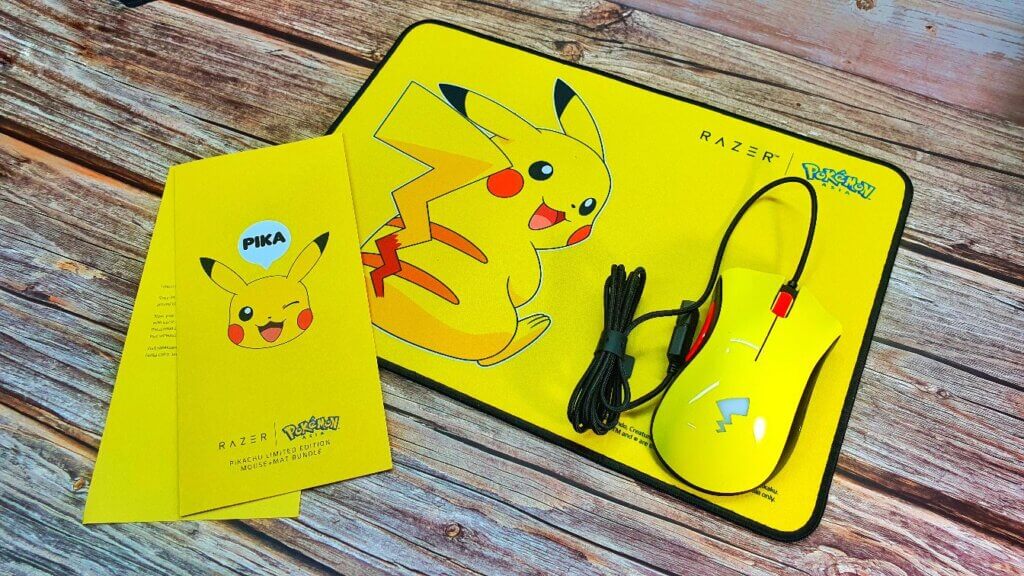 This special limited edition bundle used to be as rare as hen’s teeth that and fetched a princely sum on account of scalpers jacking the price up to stratospheric levels as it was once a China-only exclusive but recent times have seen Razer issue this bundle in a wider fashion which has made it vastly more affordable (and available). Now, the Pokémon Razer DeathAdder Essential & Goliathus Speed bundle is available in Malaysia. Here’s our review of this electrifying gaming combo. 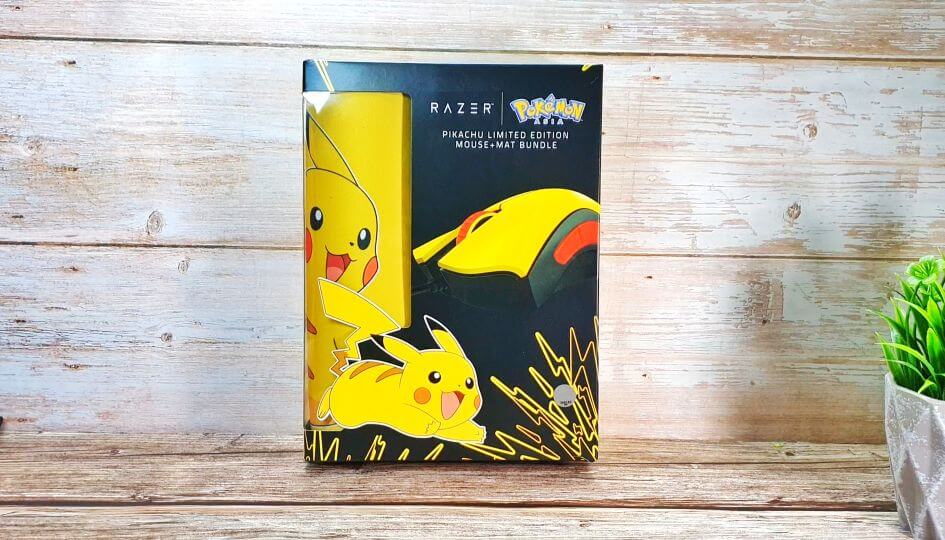 What’s in the box

The box itself features cutouts that show parts of the mousepad and the mouse itself. The contents of the box are as basic as it gets and consists of a Goliathus Speed and DeathAdder Essential gaming mouse done up in Pokémon Pikachu themed livery along with a welcome note about the collaboration and a quick start note. There are no other accessories bundled with these two items.

This special Pokémon themed bundle comes with a Goliathus Speed mousepad and a DeathAdder Essential gaming mouse, both done up in Pokémon livery. To be specific, this set of gear is done up in colours that evoke the series’ mascot Pikachu.

The special edition version of the Goliathus Speed mouse pad features an image of Pikachu taking up a large chunk of it but is otherwise identical to a standard version in terms of materials used. You get a mouse pad with a taut fabric weave for precise mouse movements and a rubber-lined anti-slip underside. The pad has a thickness of 0.3mm that lends it some level of padding for comfort during extended use. While the Goliathus mouse pads come in multiple sizes, this special edition version is the smallest size of all and measures in at 8.4-inches by 10.73-inches. 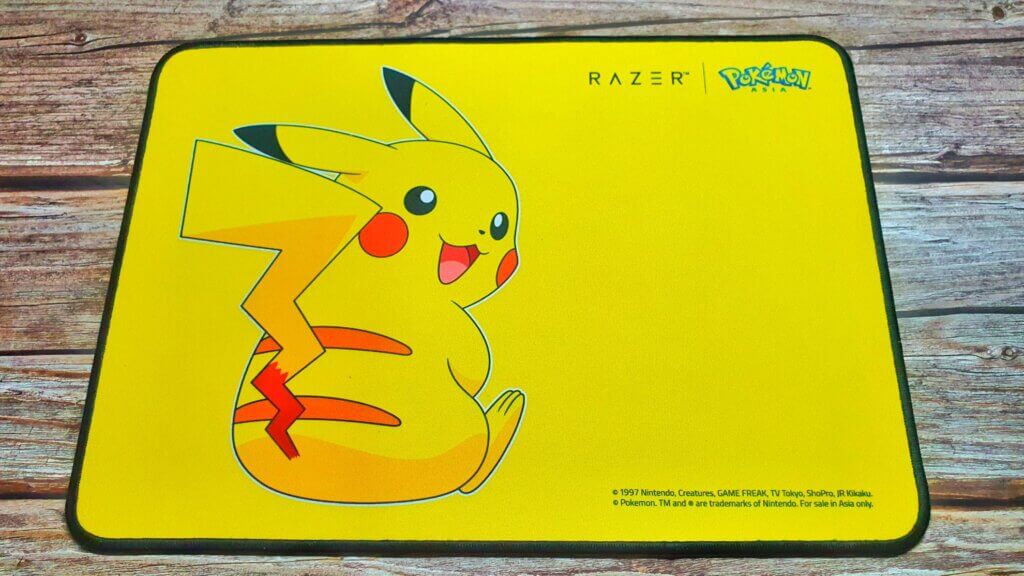 In terms of overall design, the DeathAdder Essential lends itself to right-handed use with either a palm or claw-grip.

The majority of the mouse, like its namesake, is done up in bright yellow polycarbonate with side trim in black around the base and lining the side buttons. The scroll wheel and the two side buttons are done up in a shade of red while the right side of the mouse is otherwise bare. 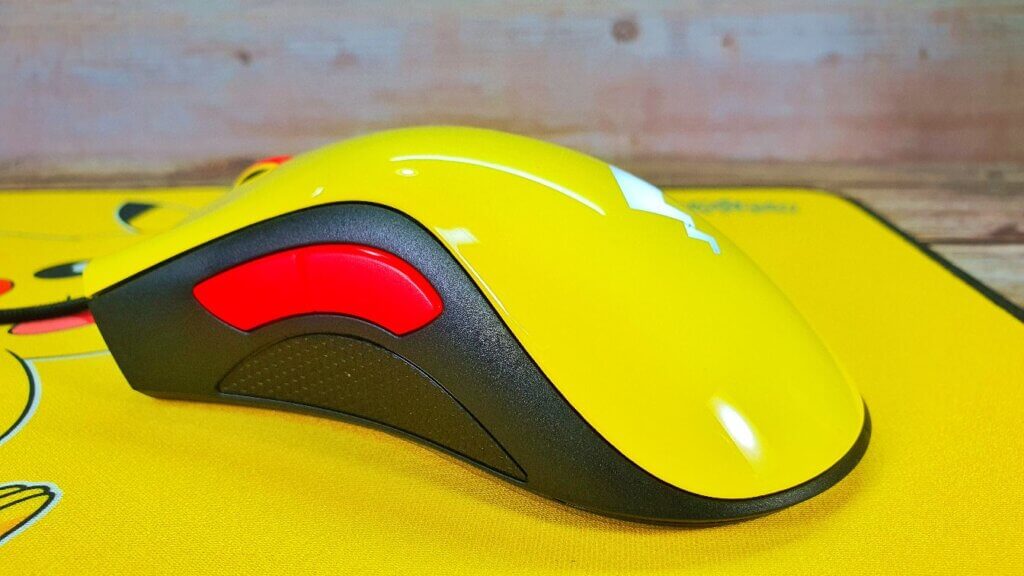 As mentioned earlier, the usual Razer logo is replaced by an RGB backlit Pikachu tail motif that looks like a lightning bolt which glows in white. Unfortunately, the DeathAdder Essential lacks Razer’s typical Chroma RGB lighting so all you get in terms of colour choices is a white glow.

Connectivity options for the mouse are relegated to a non-removable braided 1.8m long USB-A cable with plug-and-play functionality. In terms of sensitivity, the mouse offers up to 6,400DPI which is less than the DPI that a standard DeathAdder has to offer at 16,000DPI  but which is still plenty for an entry level gaming mouse. 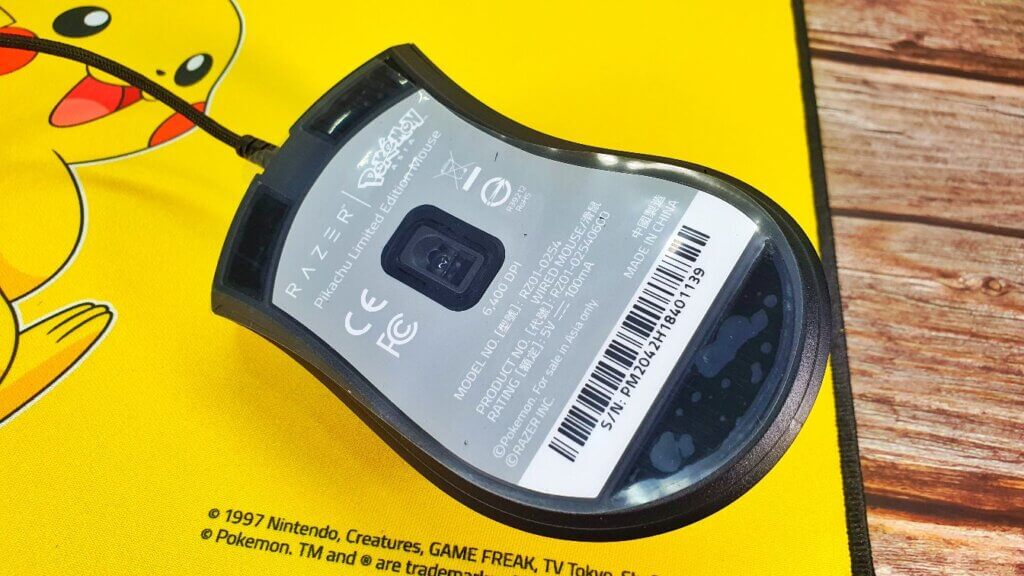 The DeathAdder Essential is the epitome of plug-and-play and the moment you hook it up via a USB port to your PC, it gets up and running in seconds with the Pikachu tail motif lighting up in white instantly.

In the quest to pare it down to the essentials, the DeathAdder Essential does omit a few niceties. For starters, it lacks RGB Chroma Lighting to keep the price down and oddly enough, is not recognised by the Razer Synapse 3 app so you can’t directly tweak what the buttons do or assign macros. There is also the lack of a physical DPI switch on the mouse itself which is something occasionally needed for precision work that you’d see in Razer’s higher end mice like the Basilisk V2. 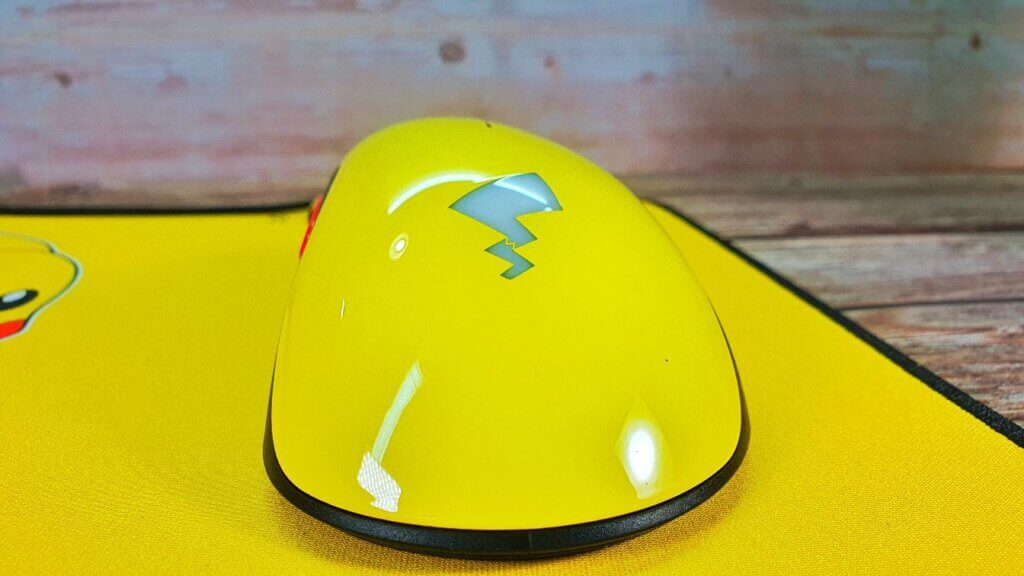 These quibbles aside, the mouse is ideal for casual users with more than sufficient smoothness and responsiveness to glide like Tonya Harding across the bright neon yellow expanse of the Goliathus SPeed mouse pad. The material in the pad itself is immensely durable even after rolling and unfurling it several times. With both devices, we managed to rack up a respectable set of kills in Valorant and it was a dab hand navigating browsers and spreadsheets.

On its own, the DeathAdder Essential in normal livery costs RM169 while the Goliathus Speed mouse pad costs RM74 which adds up to RM243. The price of this Pokémon Razer bundle is RM249 so you’re getting a slightly rarer version for RM6 more which is still a pretty fair deal especially if you’re already a fan of the franchise.

Seasoned gamers will likely find that the DeathAdder Essential is a bit on the basic side but that’s not what the intended audience of this collector’s edition kit as it’s made for collectors and users who want to get in on the Razer phenomenon. This makes an ideal gift pack for Pokémon fans and casual gamers, or if you’re lucky, someone who is both.

What we liked DeathAdder Essential is sturdily built, 6,400 DPI is sufficient for mainstream gaming and general use, cute and hard-wearing mousepad

We say The Pokémon Razer DeathAdder Essential & Goliathus Speed bundle gets you Razer’s most popular entry level mouse and mouse pad in one unique themed set that’s ideal for Pokémon fans and casual gamers. This makes a great gift for the coming holiday season.

Review unit courtesy of Razer. Available for purchase online priced at RM249 in Malaysia at https://www2.razer.com/ap-en/store/Pokémon-razer-deathadder-essential-razer-goliathus-speed

The Pokémon Razer DeathAdder Essential & Goliathus Speed bundle gets you Razer’s most popular entry level mouse and mouse pad in one unique themed set that’s ideal for Pokémon fans and casual gamers. This makes a great gift for the coming holiday season.

6,400 DPI is sufficient for mainstream gaming and general use