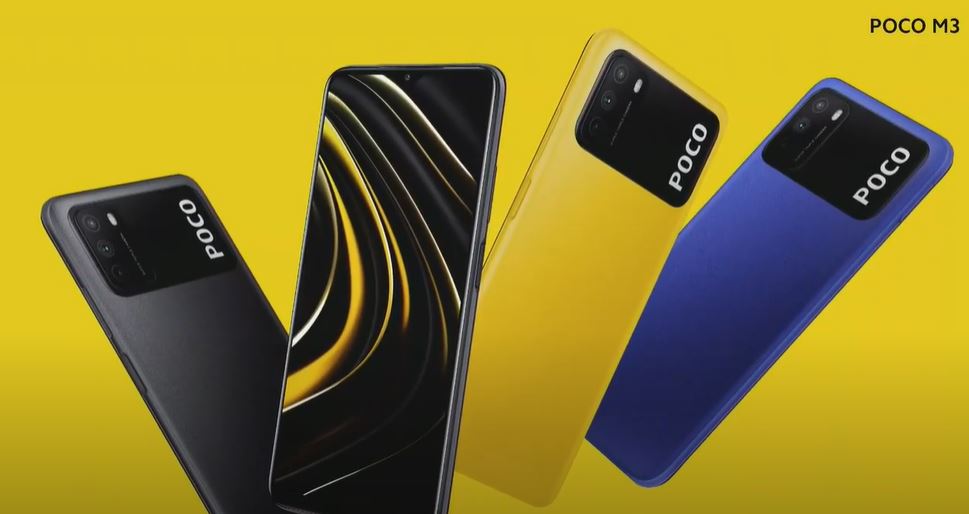 Xiaomi’s offshoot POCO arm haven’t been lying idle and they’re now gunning for the entry-level smartphone space with one heck of a phone that they’ve dubbed as the POCO M3 that combines a huge battery, a large display and stereo speakers too. 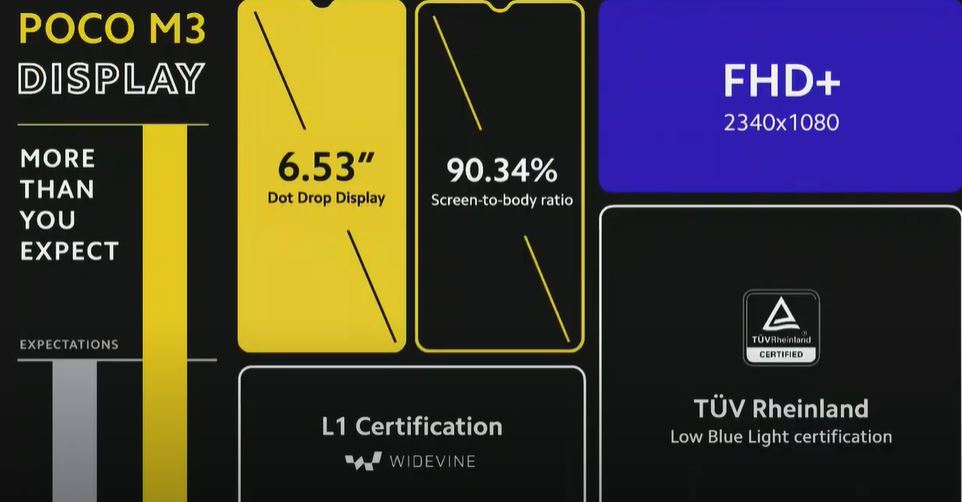 The POCO M3 is intended as an entry-level phone but the way they’ve kitted it out, it looks like it can punch above its weight class and then some. You get a 6.53-inch Dot Drop LCD display with FHD+ resolution and a 90.34% screen-to-body ratio that’s also TUV Rheinland certified for blue light protection. 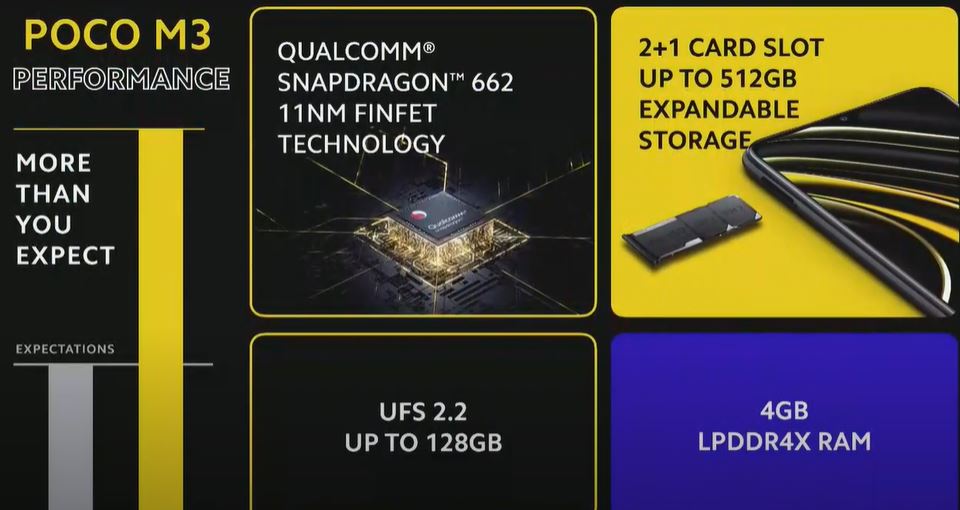 The hardware under the hood is a Snapdragon 662 processor that’s built on an 11nm process running Android 10 paired with 4GB DDR4X RAM with up to 128GB UFS 2.2 storage expandable via a triple card slot that lets you simultaneously use two SIM cards and a microSD card. The phone also packs Widevine L1 support so it plays nice with Netflix too. Biometrics include a side-mounted fingerprint reader and of note is that the POCO M3 actually has a set of stereo speakers which are a rarity for entry level phones. 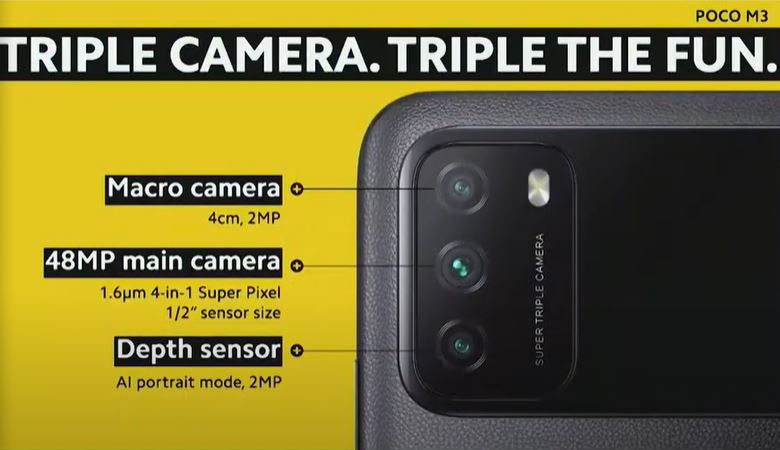 The rear camera is a triple sensor setup with a primary 48MP, a secondary 2MP depth sensor and a third 2MP macro camera. All this hardware is shoehorned into a casing that weighs just 198g and which comes in your choice of three colours – Power Black, Cool Blue and Poco Yellow.

In terms of pricing, the POCO have issued two variants with a 4GB RAM and 64GB version retailing for US$149 while the larger 4GB RAM and 128GB storage version retails for US$169. For our friends across the Atlantic, POCO will be having a Black Friday sale where they’re knocking US$20 off the prices of these two phones which makes them very tempting indeed. 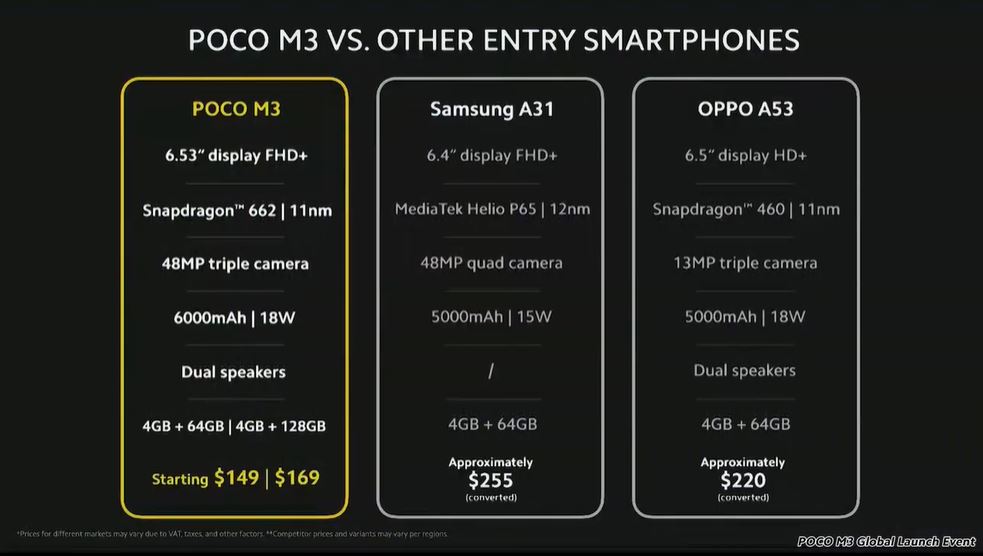 There are also early bird specials which knock the price down by RM100 for either variant on the official Xiaomi Official Store on Lazada . Buyers who snag it on November 27th also get a free Mi In-Ear Basic Piston earphones while stocks last. In the meantime check out their page at www.poco.net for more details. 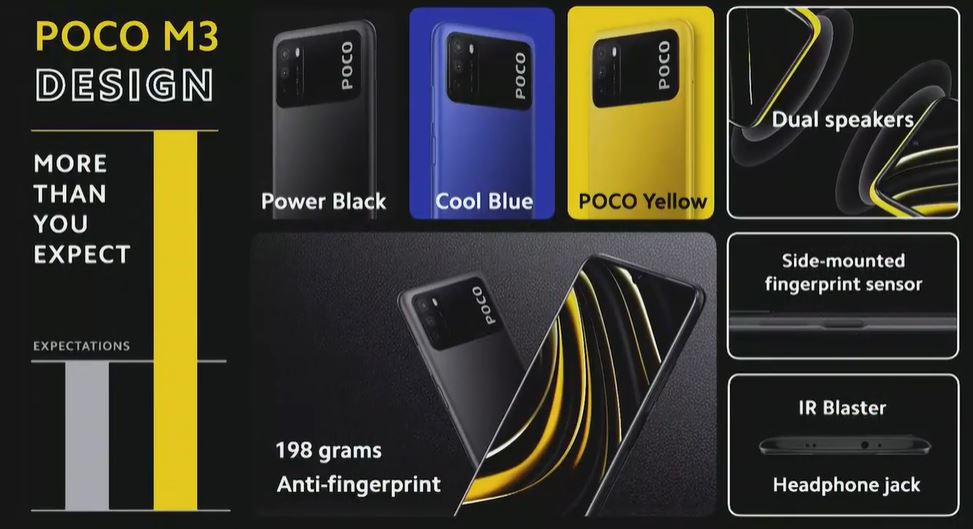