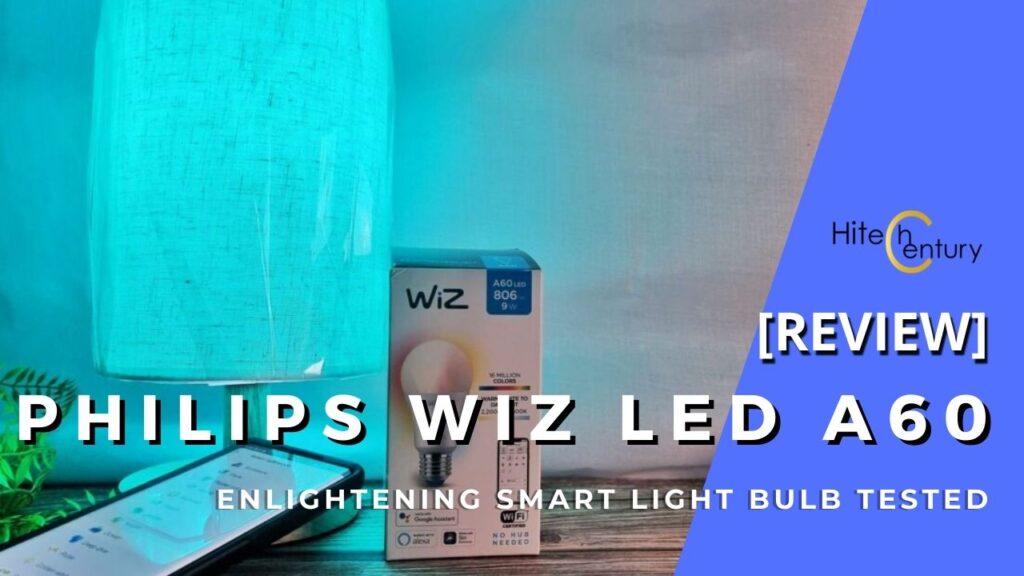 Home lighting has come a long way and the Philips WiZ LED A60 LED light bulb represents an accessible way for home owners to get a taste of networked lighting without the need to get a complicated home hub like earlier generation lights. Here’s our Philips WiZ LED A60 review where we put it to the test. 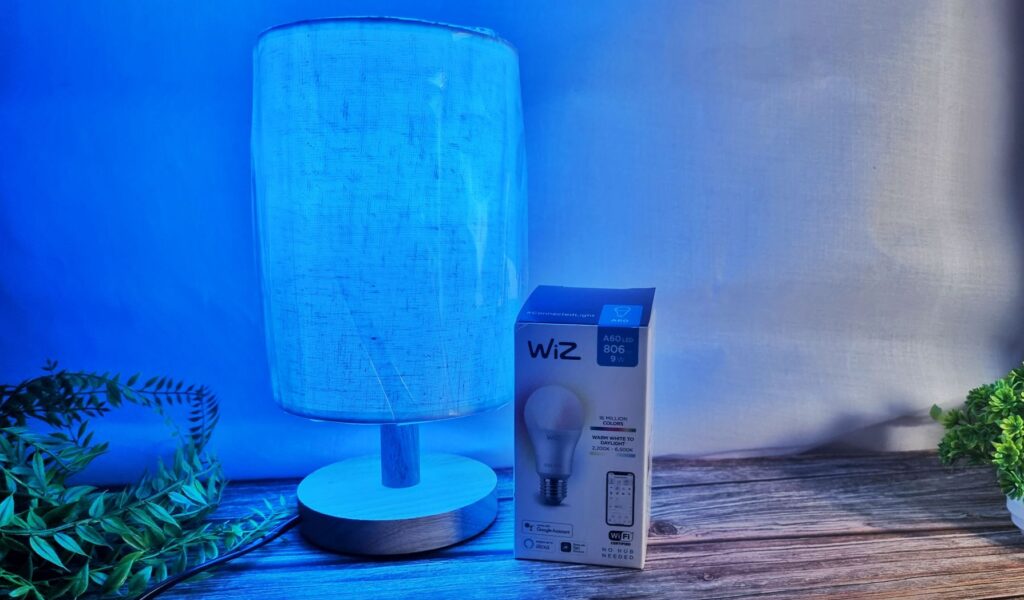 What is the Philips WiZ LED A60 light bulb?

The  Philips WiZ LED A60 is shaped like a traditional light bulb with a screw type mount for a standard E27 screw socket. What sets the Philips WiZ LED A60 apart from earlier generation intelligent lighting offerings is that it does not need a hub to work as it works with your existing WiFi router.

Philips also offers an optional WizMote remote control that lets you directly control the lights much in the manner of a TV remote but you can easily do the same thing via your phone and a free downloadable WiZ app for iPhone and Android devices.

On paper, the LED tech inside the Philips WiZ LED A60 is rated for a service life of up to 15 years, with a nominal lifetime of about 15,000 hours or so, though this is on the assumption that you use it for 2.7 hours a day. The lamp is also highly energy efficient and has been rated by the Malaysian Energy Commission with a 99.2 lm/W efficacy value after being tested for 6,000 hours. 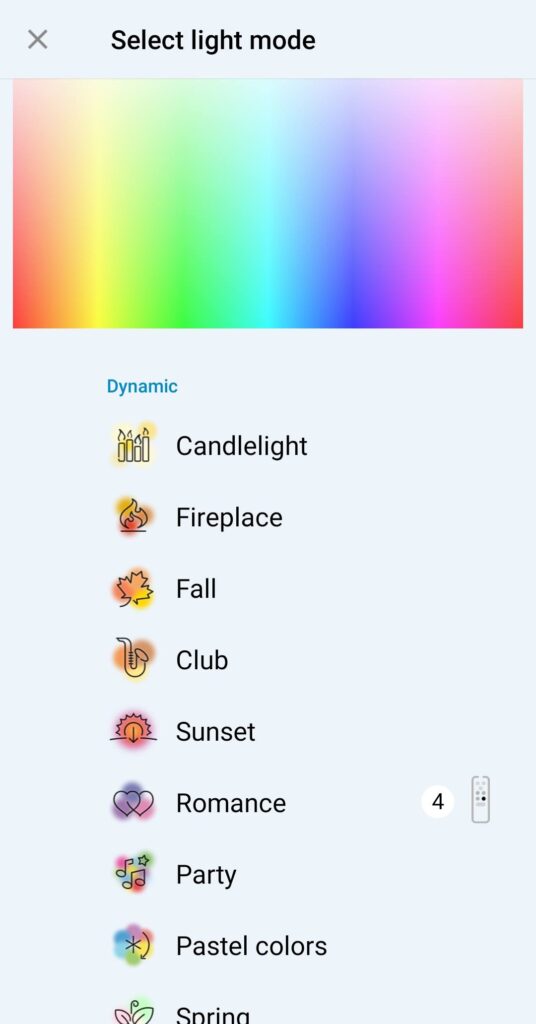 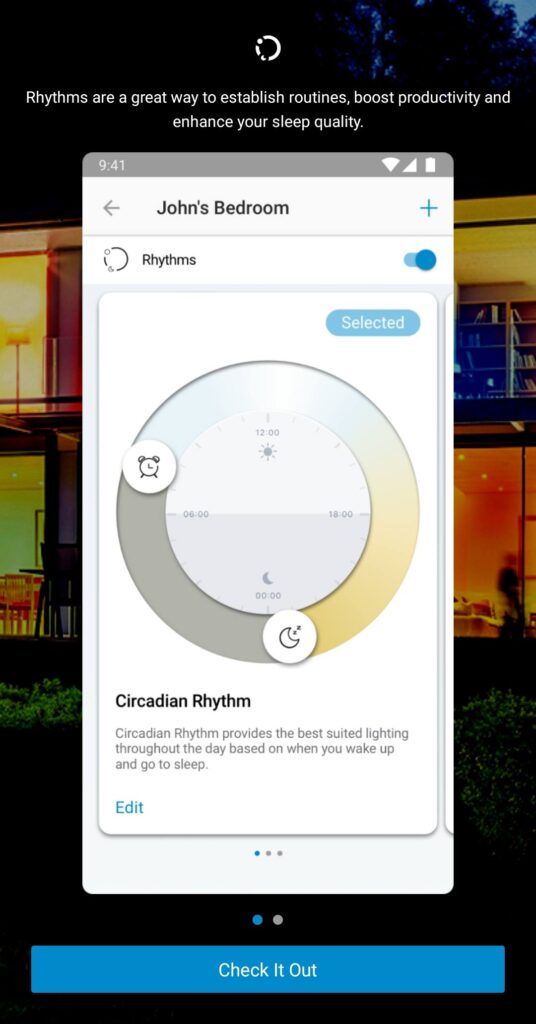 The LED tech is capable of reproducing up to 16 million possible colours with the ability to tweak the colour temperature from 2,000K all the way to 6,500K to deliver warm or cool white lighting to brighten up any home or office. That’s not all as the Philips WiZ LED A60 is compatible with the most virtual assistants that include Google Assistant, Alexa and it also works with Siri as well.

We managed to connect the lightbulb to a spare lamp base we managed to find with an E27 screw socket; no small feat in a pandemic, mind and then downloaded the app WiZ to get it up and running. 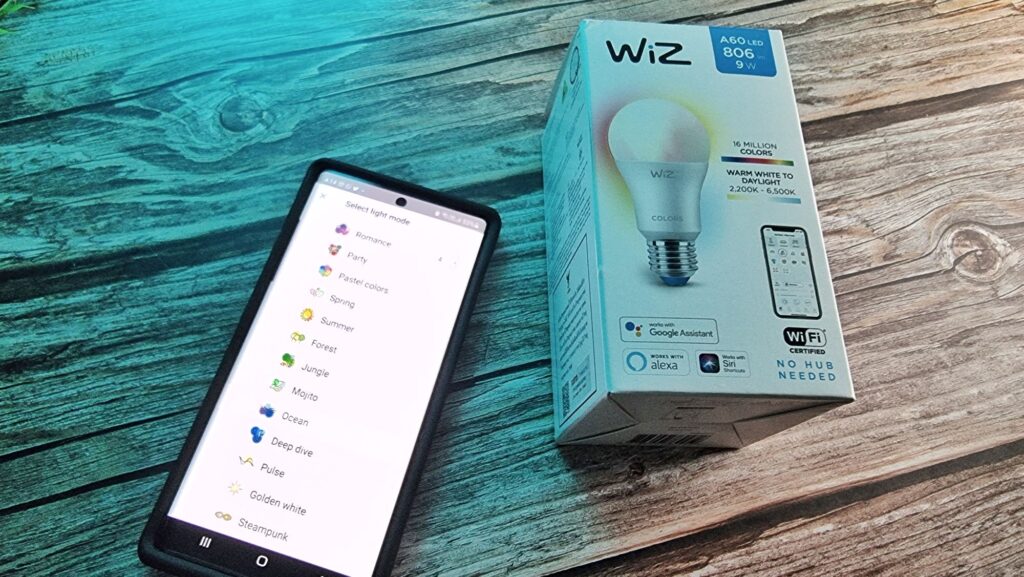 The WiZ app proves to be remarkably sophisticated with a wealth of options though the setup process was fortunately relatively straightforward without the need to jump through too many hoops to get it up and running. After a few prompts and connecting to the home WiFi network, the Philips WiZ LED A60 was up and running.

The Wiz app itself is where you’ll be spending most of your time tinkering with the Philips WiZ LED A60 light bulbs and you’re able to set specific patterns, schedules and behaviours for each room in your house equipped with WiZ connected smart lighting. 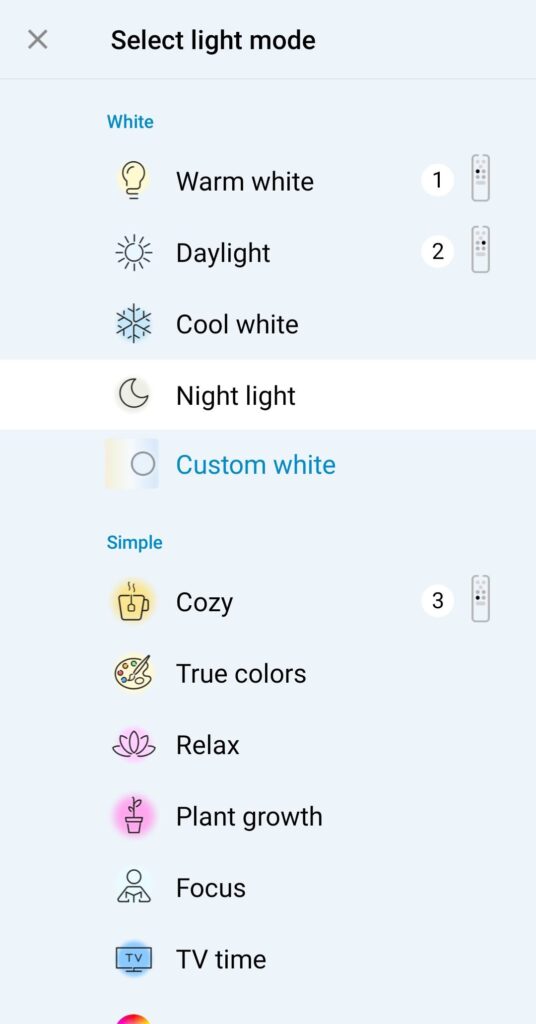 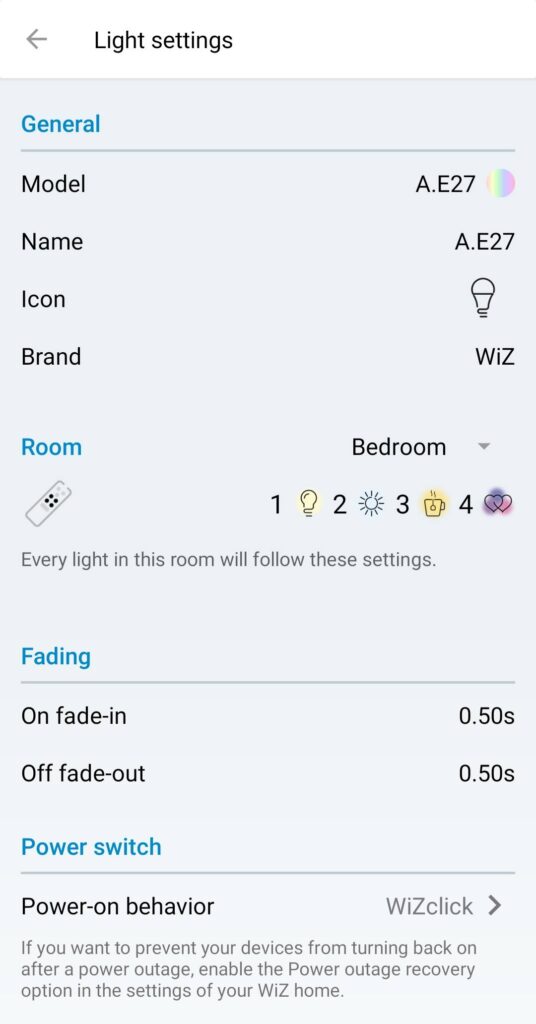 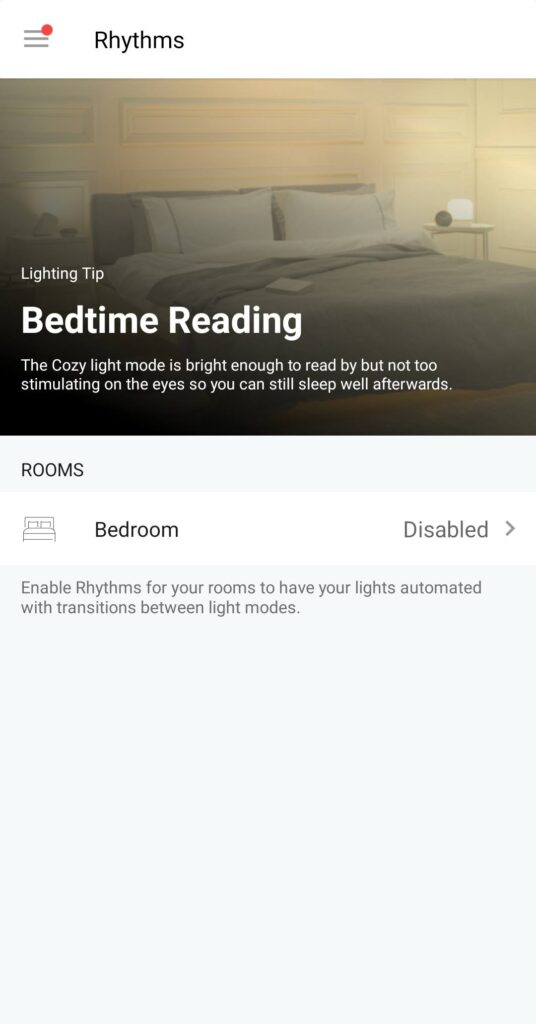 You can set and automate specific schedules and what happens at specific times on a weekly rotational basis including a handy vacation mode to mimic occupants in your house if you’re on holiday. You’re also able to set it up to wake you up at specific times as a sort of illuminated wake-up call.

You’re also able to customise the lighting from the Philips WiZ LED A60 in the WiZ app to a mind boggling degree. On top of being able to dial in how cool or warm you want the light to be, you can also select from dozens of possible dynamic light modes that include the ability to mimic the lighting of a fireplace sans the potential fire hazard, emulate candlelight, a sunset or even something more surreal and trippy like a neon pastel hue and soothing shades of blue dubbed Ocean. 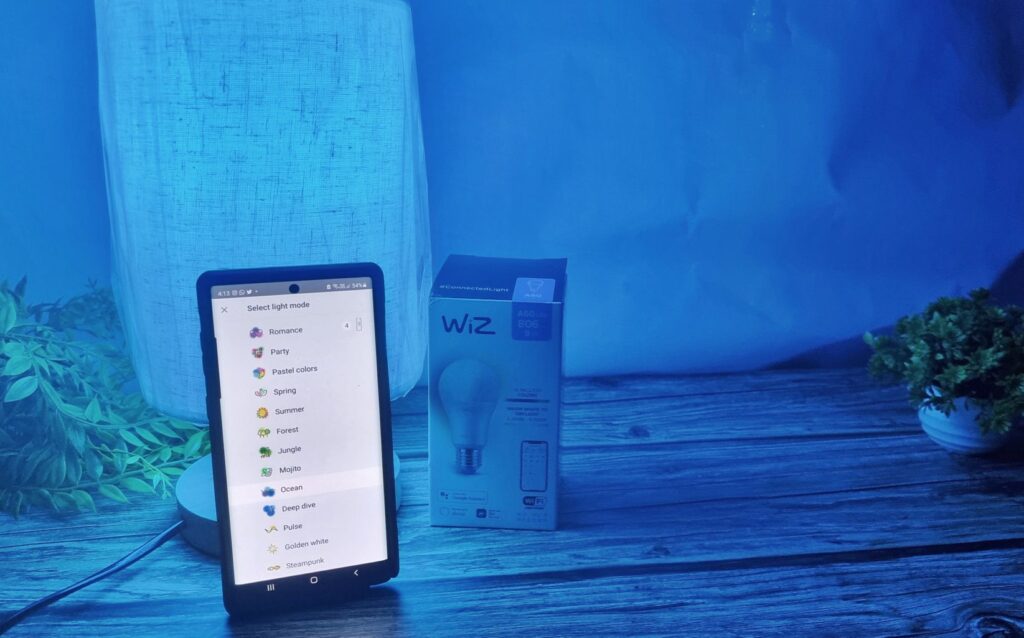 Oddly enough, it also has two festive lighting modes dubbed Christmas and Halloween though it, alas, doesn’t have any of the others that we celebrate here in Malaysia.  Should all the preset light modes not fit your fancy, you’re still able to pick and tweak your own lighting too from a colour swatch.

We set it up with a basic set of behaviours on a weekly schedule and you’re able to operate it remotely via your smartphone and the WiZ app so that you can turn the lights on or off wherever you are on the planet, assuming you have a data connection.

It works as advertised, and is versatile as bulbs go with the ability to function as a light for precision tasks like painting or desk work, as a mood or even as a night light. The ability to generate clean and cool white 6,500K lighting was ideal for work during daytime hours and the ability to generate a warmer 2,000K when set as an evening light proved to be a relaxing proposition that’s easy on the eyes.

Should you buy the Philips WiZ LED A60?

There’s lots to love and little to fault with the Philips WiZ LED A60 bulb and it represents a relatively minimal investment to get a foot in the door in a smart lighting solution for your home. 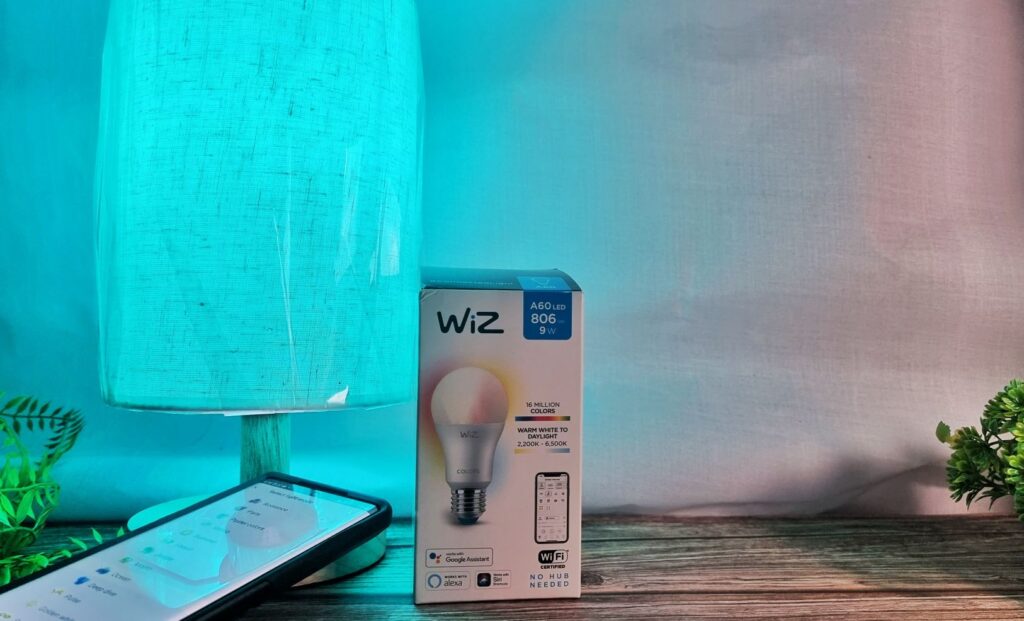 A simple and effective smart lighting solution that can be deployed solo or en masse to lighten up a home in a sophisticated fashion.

Easy to set up and programme

Setting up schedules can get a little complicated