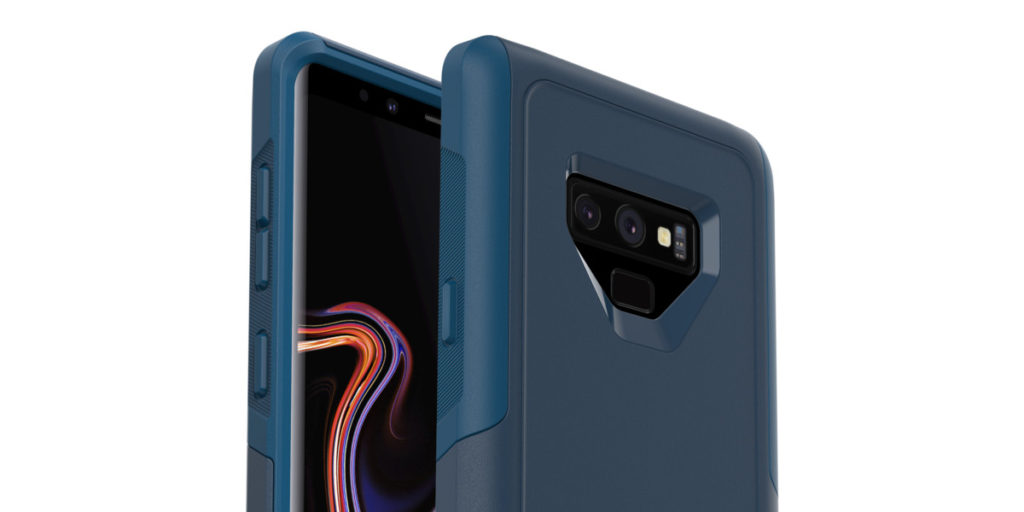 If you need to make sure that the substantial investment that has gone into your new Galaxy Note9 remains intact for the indefinite future from mishaps like terminal deceleration trauma, you’ll inevitably have to invest in a casing and few match the protective pedigree that Otterbox casings offer as they render their charges all but dropproof. Otterbox has released their full line-up of casings for the Galaxy Note9 in Malaysia which consist of the Symmetry, Commuter and Defender series casings as well as their tough Alpha Glass screen protectors.

If you’ve been sitting on the fence, fret not as Otterbox casings for the Galaxy Note9, along with their other Samsung kit are all created under the aegis of the Designed for Samsung programme, which ensures that these casings match the exact dimensions of the phone without impeding their functionality which gives them a significant leg up over more conventional third party casings.

The Otterbox Symmetry series consists of a one-piece, form-fitted casing that comes in a variety of colours designed especially for the unique dimensions of the Galaxy Note9. The bottom ports for the S Pen, speakers and USB Type C port remain accessible while a slight lip prevents scratches when placing the Note9 face down on a flat surface. The rear also has a strategic cutout for the fingerprint reader and dual camera. 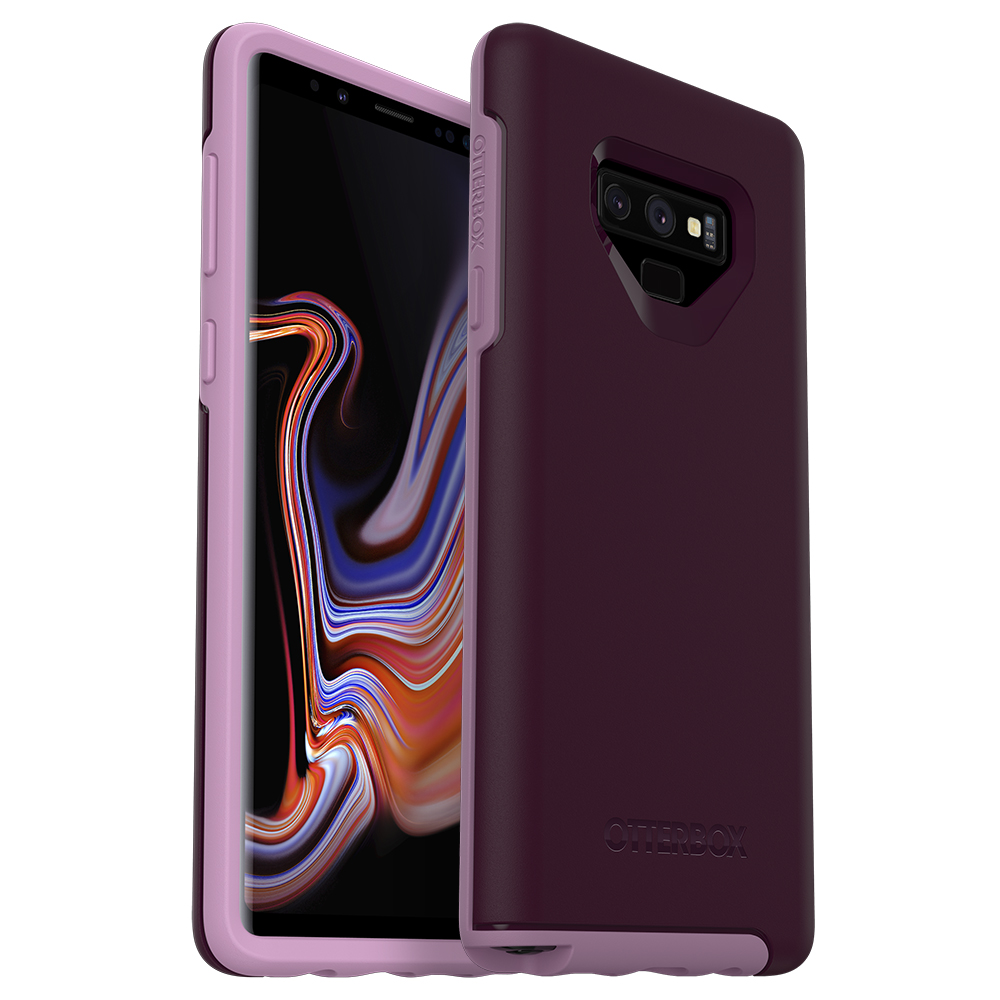 Like other Symmetry series cases before it, the Galaxy Note9 Symmetry casings are able to survive everyday bumps and drops to the deck and are available in clear, graphic and solid colour variants depending on your aesthetic tastes. 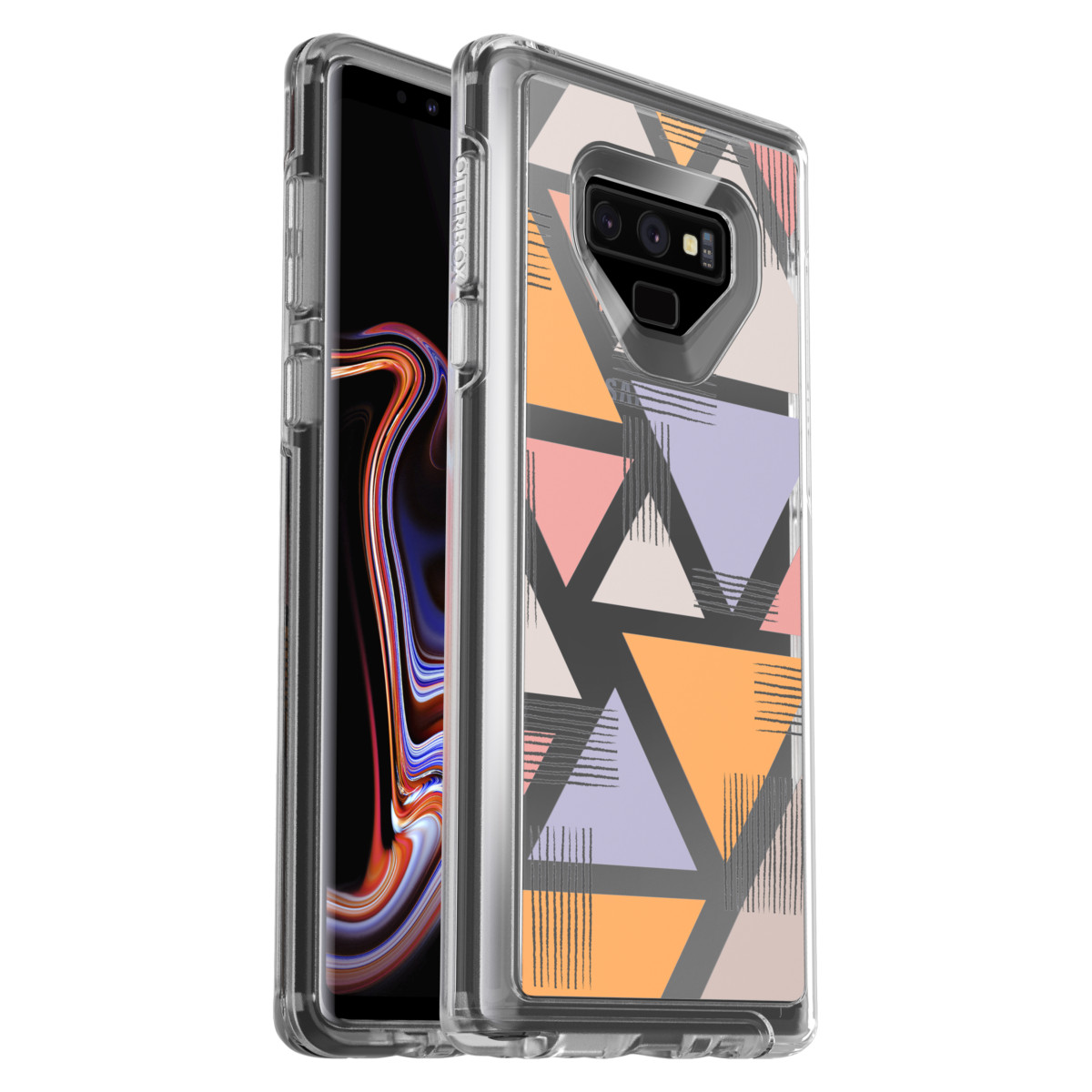 A step up is their mainstay Commuter variant that consists of a two-piece protecting casing. The inner layer consists of a protective rubber sheath that slips onto the Galaxy Note9 like a glove while retaining cutouts for the ports and camera along with raised form-fitted portions that are precision fitted over the power and volume rocker buttons.

Onto this is fitted a hard poycarbonate shell that protects against dents and drops. They also represent a midway between the rustic simplicity of the Symmetry series and the thick, robust protective qualities of the Defender series. 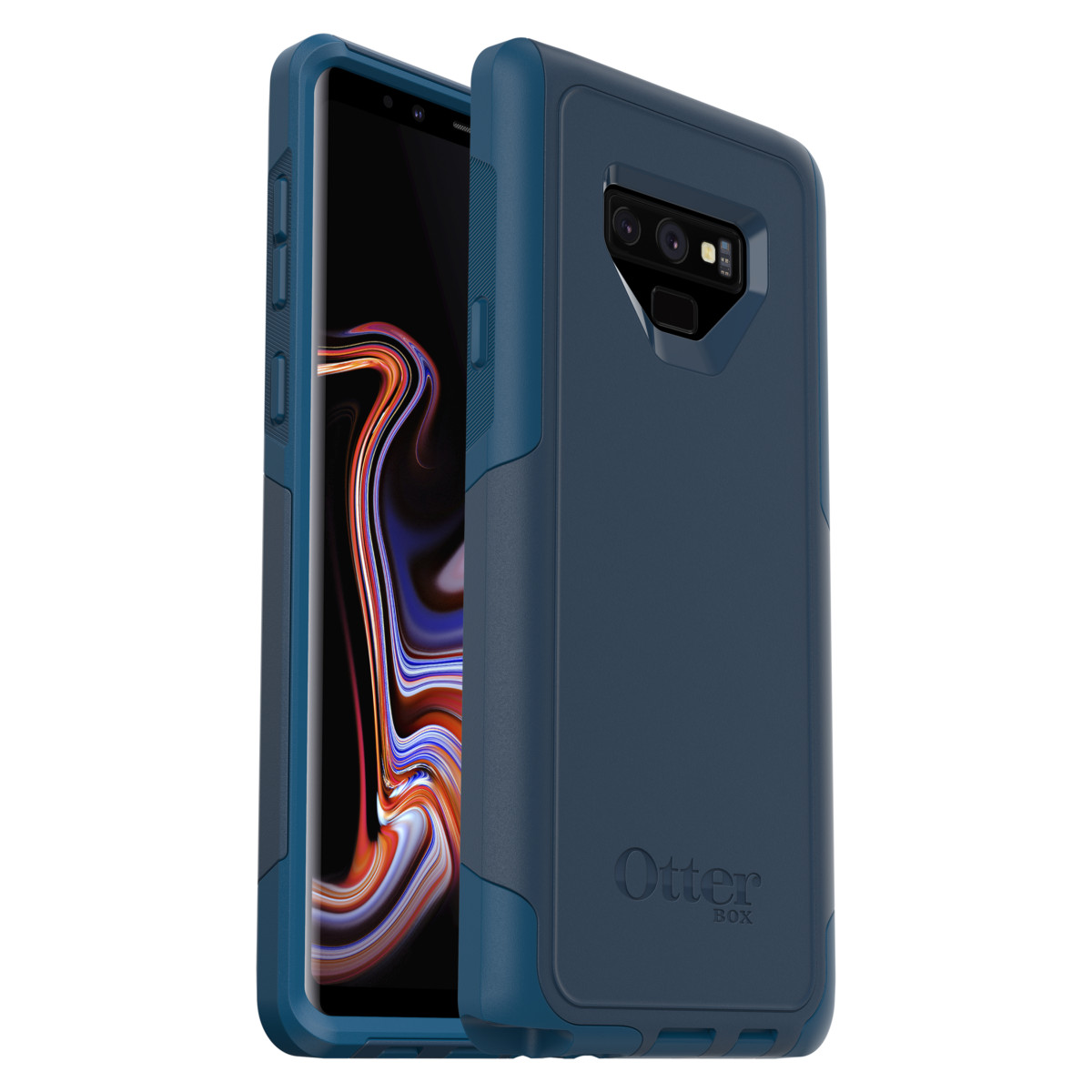 The Defender series involves a triple layer of protection with the phone fitted into a precision-cut sandwich of armoured plastic. Both halves snap together precisely and have cutouts that allow for unimpeded usage of the display, headphone jack, USB Type C port and S Pen stylus. 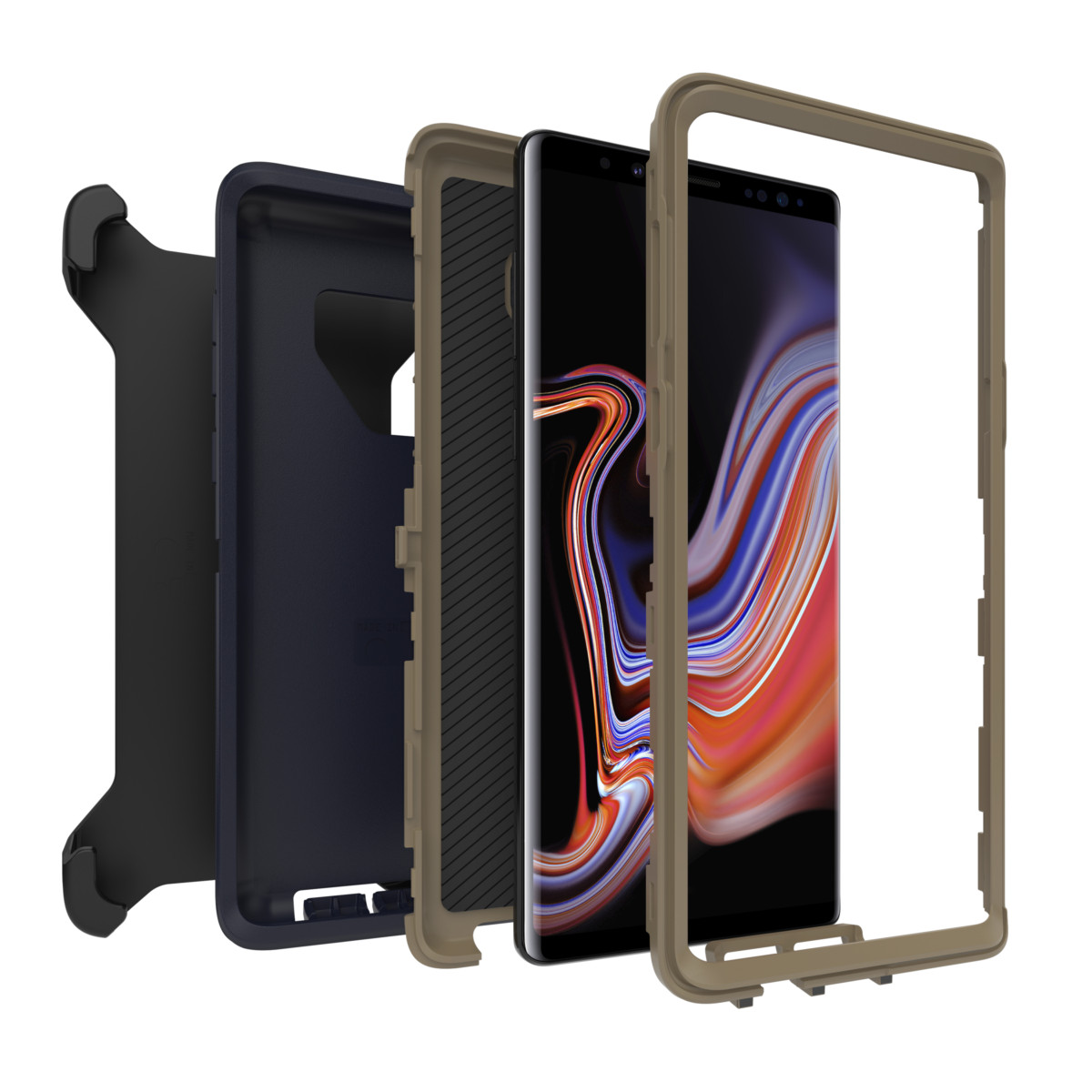 Onto this is fitted a tough shock absorbing rubber sheath that protects against dings and drops. You can then further augment it a tough snap-on carrying case that lets you hook it up to your belt or double up as a phone stand in a field or which, if you put the Note9 in with the display facing inwards, act as another extremely durable protective layer.