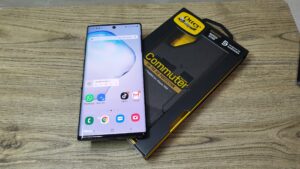 The Otterbox Commuter for the Samsung Galaxy Note10 is the de facto choice to protect it from dings, drops and dents. It offers unimpeded access to its rear camera, charging port, wireless charging and buttons while retaining the superb protection that the brand is known for.

Renowned as the de facto brand for those who prioritise protection for their smartphones, Otterbox has made protective casings for the world’s most popular brands including Samsung’s latest Galaxy Note10 series phones. We had the opportunity to review their Otterbox Commuter case for the Galaxy Note10. 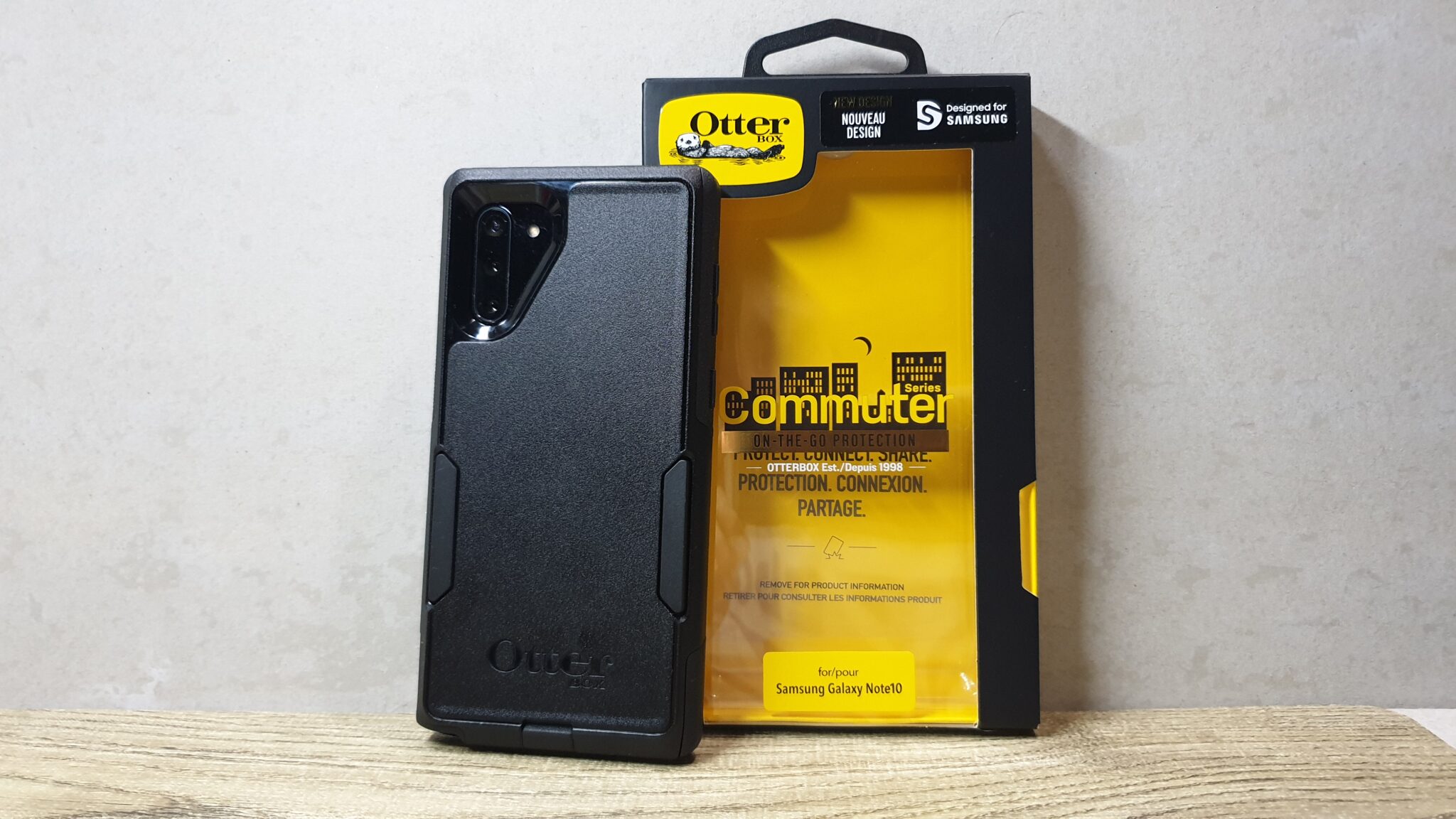 Designed as a middle ground between their simpler Symmetry case and their impressively armoured Defender casings, the Otterbox Commuter cases consist of a two-piece protective system that involves an inner shock-absorbing layer of rubber and an outer armoured shell.

Combined, this protective system enables the phone to survive one metre drops onto surfaces that would usually damage or destroy an unprotected phone. Over the years, we’ve tested a number of Otterbox casings on our devices and not a single one has had a cracked display or a dented casing despite the best efforts, or lack thereof, of our butter-fingered writers. 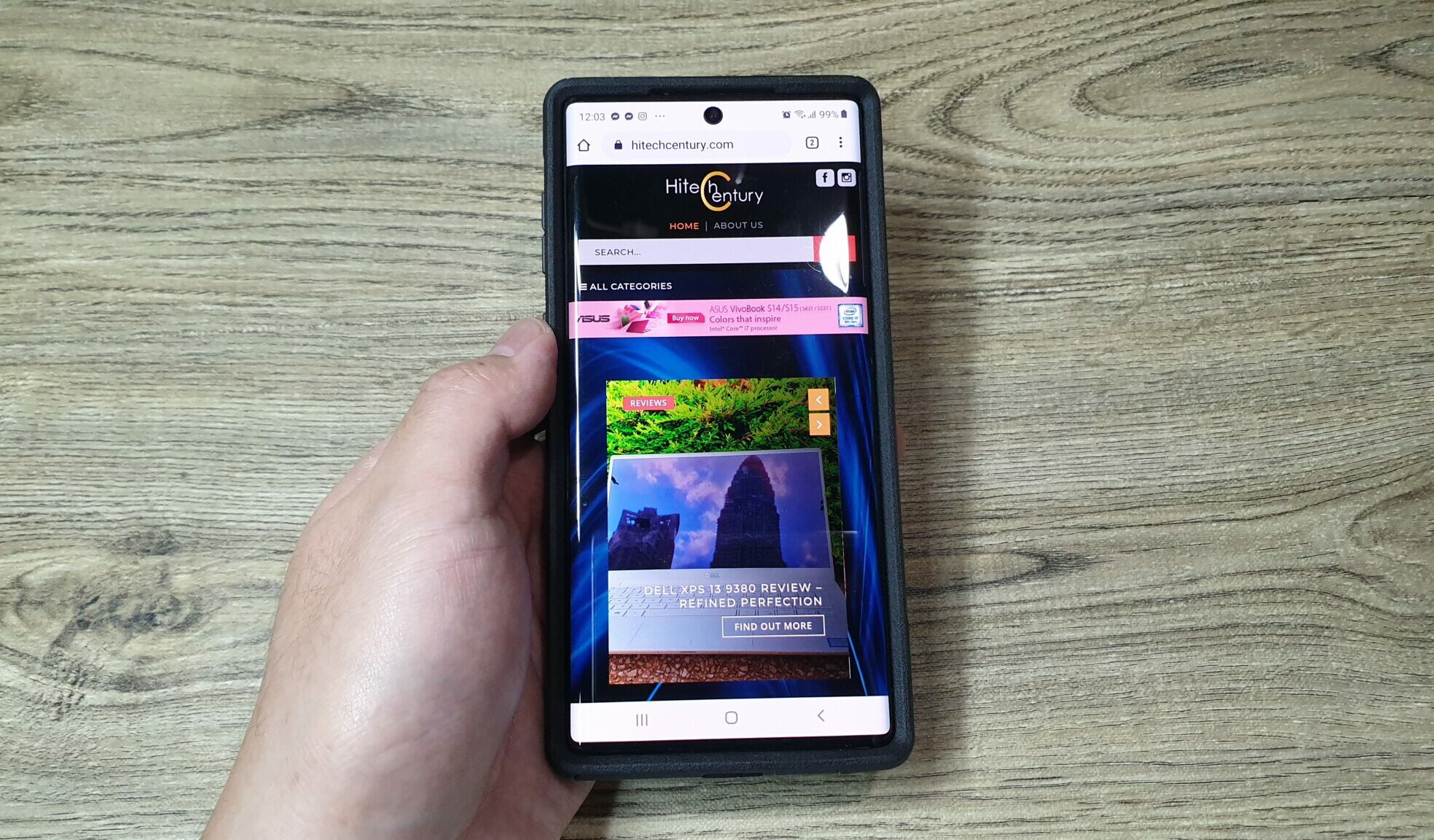 This two-piece system for the Commuter is able to protect a phone from the vast majority of potential mishaps including the usual drops, dings and dents. Much like the Defender cases, the Commuter cases sport port covers to protect the exposed ports from dirt and other crud. While it protects against physical damage, the Commuter case is not waterproof. Fortunately, the Note10 itself has IP68 water resistance.

Improvements in the Otterbox Commuter series

There’s not a lot of colours available for the Otterbox Commuter for the Galaxy Note10 as it only comes in black but that’s not a major deal breaker save for more fashionably inclined users. 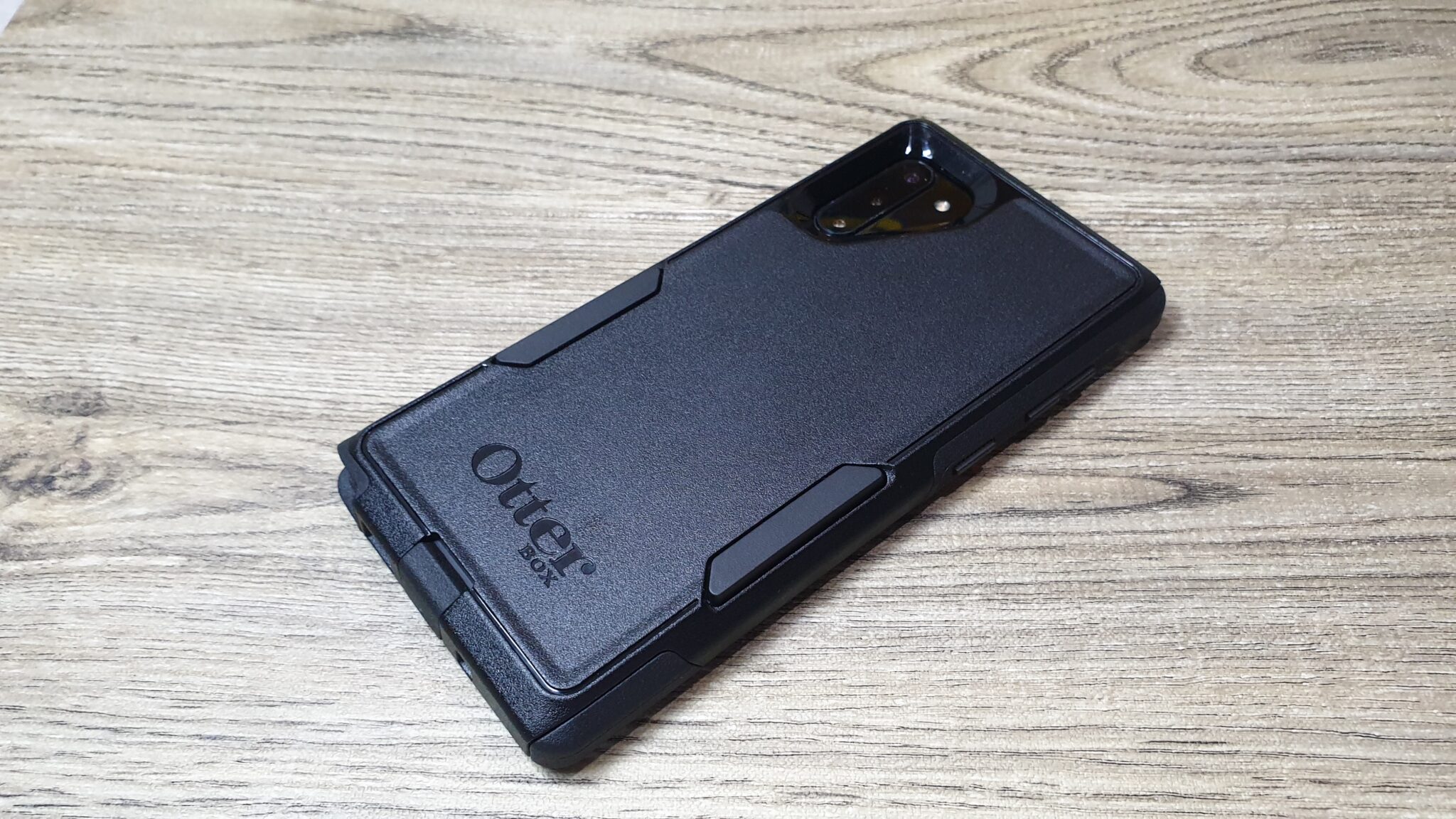 The packaging for the Otterbox Commuter casing is relatively simple with a slide-out tray revealing the casing itself along with a set of basic instructions. though putting it on is relatively straightforward. You’ll have to take apart the outer armoured shell and the inner rubber layer and then put them on again on the Galaxy Note10 in sequence. Removing it simply requires reversing the sequence.

The base of the design has cutouts for the speaker grilles, the rear camera array and the S Pen stylus well. There’s also a protective rubber port for the Galaxy Note10’s USB Type C port from dust and dirt ingress. 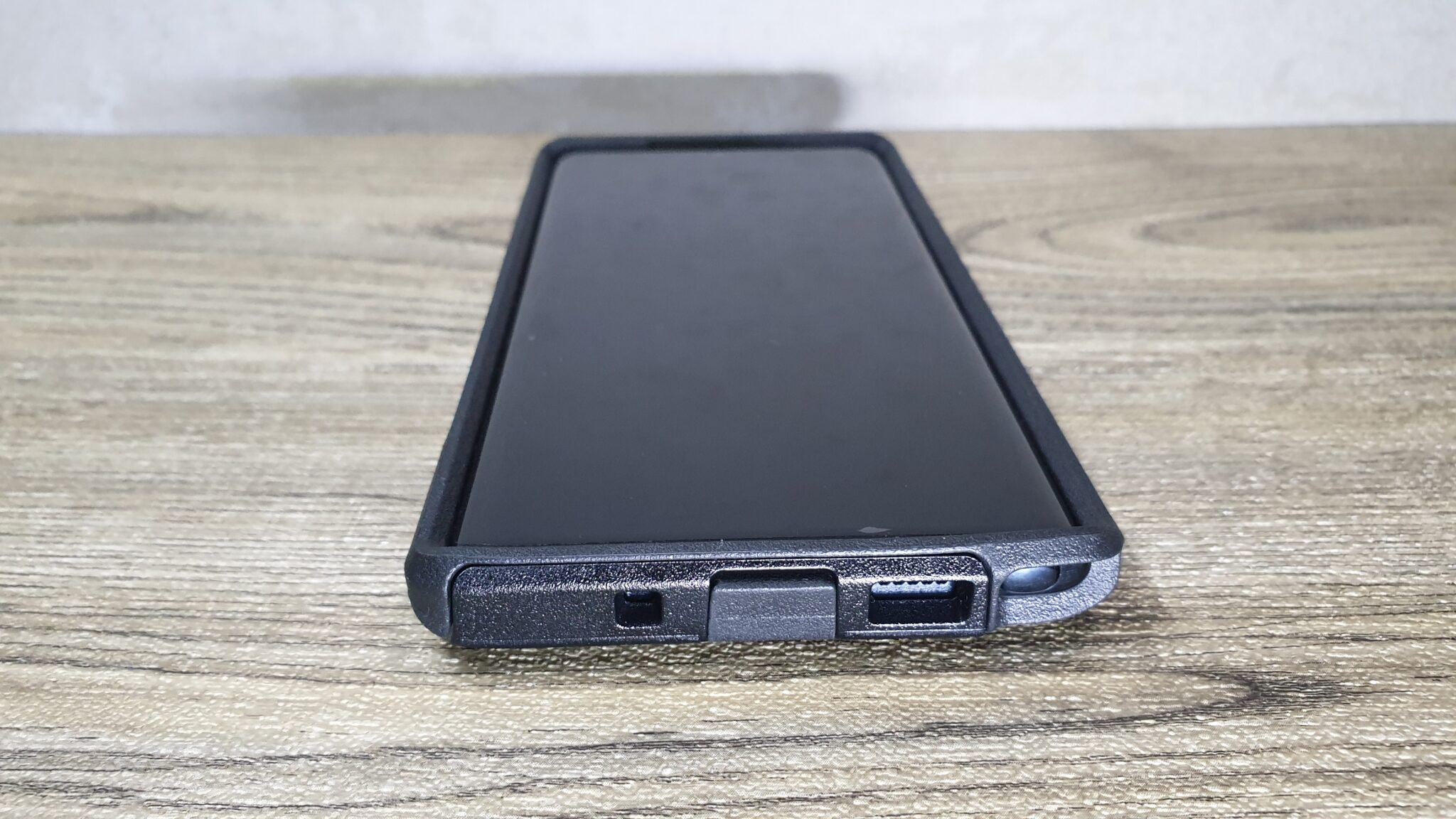 One major quibble with many cases is that they often impede functionality as they layer a thick chunk of rubber over a phone’s physical buttons, requiring you to press down much harder than usual. The Otterbox Commuter addresses this as it has the corresponding volume rocker and power buttons moulded precisely over the original buttons on the Note10 to ensure unimpeded function. 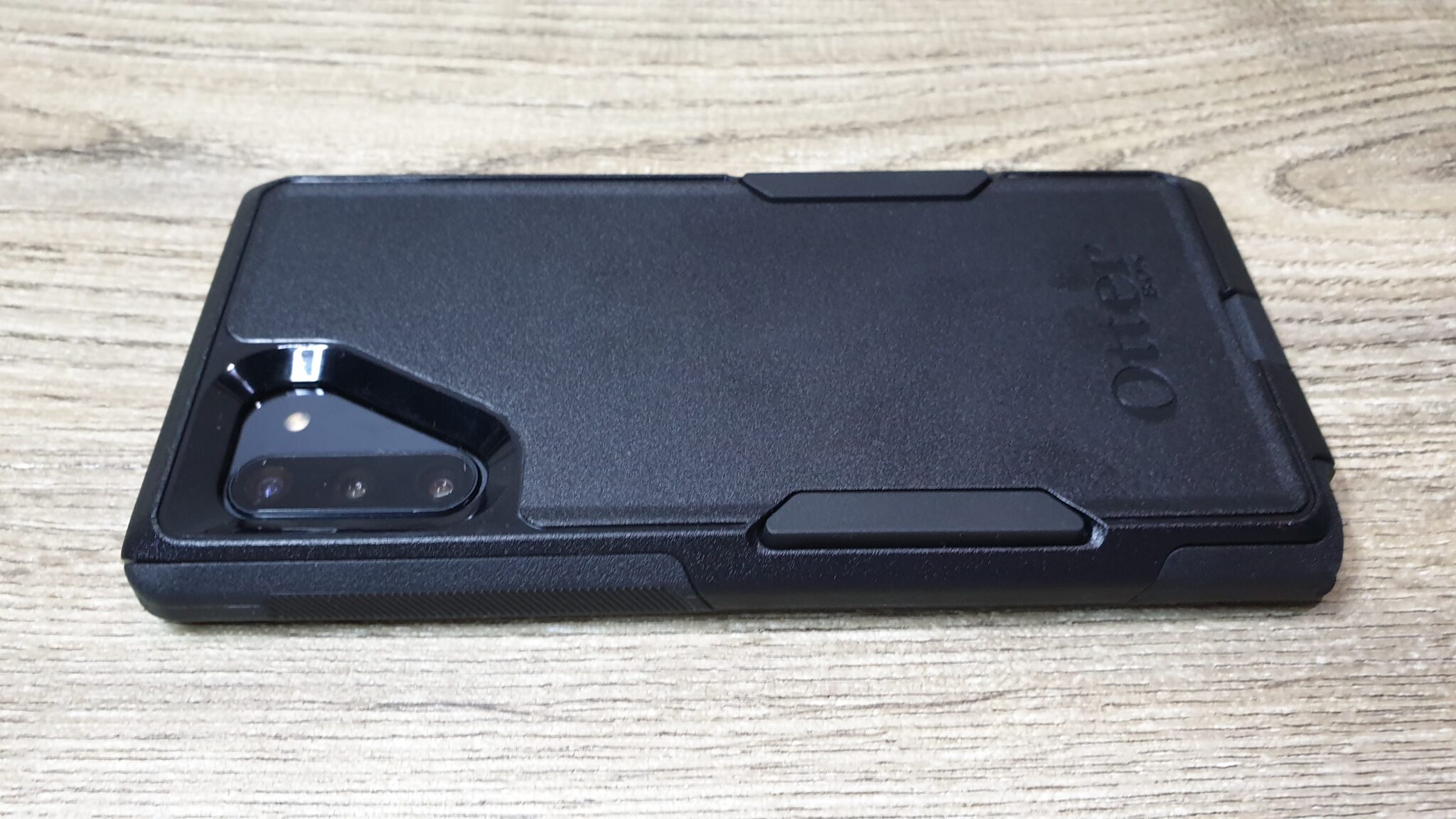 Another unique aspect to the design is that it has a slightly raised lip to protect the Note10’s touchscreen if you place the phone face down so that the screen doesn’t directly touch a flat surface. 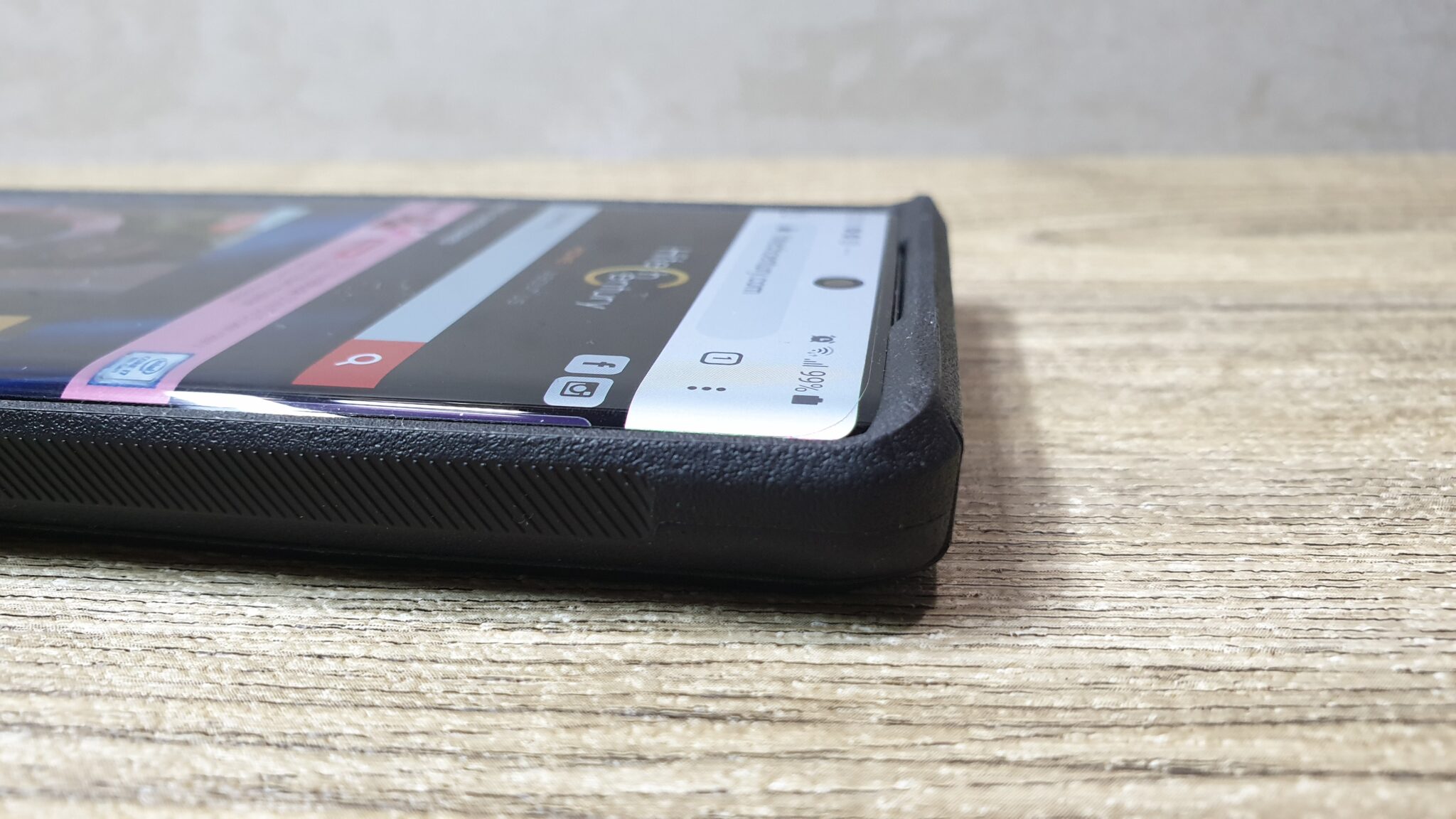 In that regard, it’s important to note, pun not intended, that the Galaxy Note10 has a pre-applied screen protector straight out of the box and which also fits precisely with the Commuter case.

Testing the Otterbox Commuter casing for the Galaxy Note10

Putting the Otterbox Commuter onto the Note10 took mere minutes for a seasoned user but those new to the brand will likely need a bit of time to carefully attach and align the inner rubber layer to ensure it snugly fits on to the phone. Once that’s sorted, you’re ready to roll.

The Commuter case itself adds a bit of girth to the slim dimensions of the Galaxy Note10 but adds significant peace of mind for your investment. The matte backplate of the Commuter case offers an easy draw from a pocket but the tradeoff is that it’s also a bit on the slippery side unless you grip it firmly on the rubber portions of the case. The casing also proved to be exceptionally light and only adds a negligible addition to the weight of the phone. 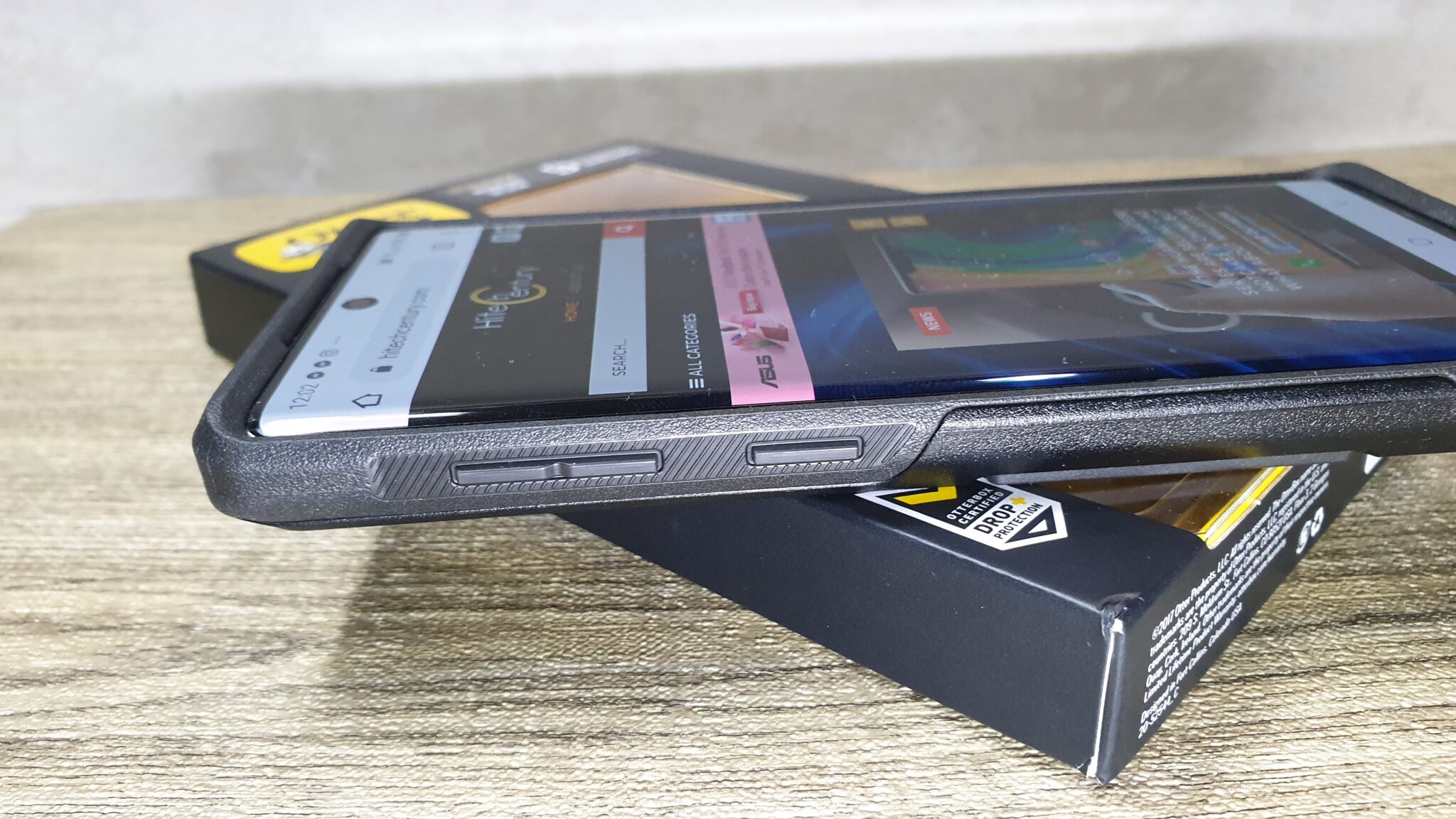 That aside, the case allowed for unimpeded use of the volume rocker and power button so we didn’t have to substantially alter our usage patterns or press the buttons any harder than usual.

The Note10 was also able to charge wirelessly through the casing without any problems. There’s also enough clearance for you to grasp the S Pen stylus and remove it from its recess without undue fiddling about.

We’ve tested it with a drop to a concrete floor from the average height of a pants pocket and the Galaxy Note10 didn’t even have a scratch on it. Taking it to the pool is another matter entirely. The Note10 itself is water resistant but you’ll need to remove the Commuter case and pat the inner recesses dry if you do so. Call quality was also tested indoors and outdoors and we experienced no major changes in either call clarity or quality.

If you have a Galaxy Note10 and are looking for superb drop protection, the Otterbox Commuter won’t let you down. It’s not cheap by any means nor is it the height of fashion but it does what it’s supposed to do – protect your expensive phone – and it does a darned good job of it too.

What we loved Outstanding protection, durable port covers, buttons work perfectly
What we didn’t Not a lot of colour options
We say The Otterbox Commuter for the Samsung Galaxy Note10 is the de facto choice to protect it from dings, drops and dents. It offers unimpeded access to its rear camera, charging port, wireless charging and buttons while retaining the superb protection  that the brand is known for.