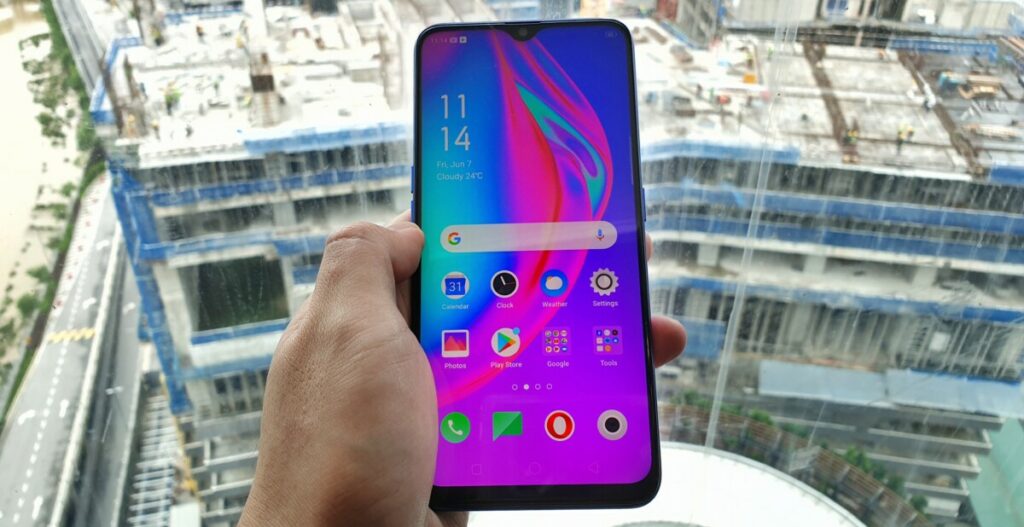 Released a short while after the F11 Pro in Malaysia, the OPPO F11 is otherwise functionally similar save for the omission of the pop-up selfie camera for a more conventional 1080P in-display with a waterdrop-shaped notch.

Externally, the OPPO F11 at first blush looks like a rather premium looking phone indeed but closer inspection reveals modest concessions that keep it within the circa-RM1,000 mark. The backplate is made of polycarbonate with a mirrored reflective finish in an iridescent shade of blue. It looks like it is made of glass but hold it up for inspection and its true nature reveals itself. Regardless, it looks pleasing to the eye but the finish itself is a real fingerprint magnet. 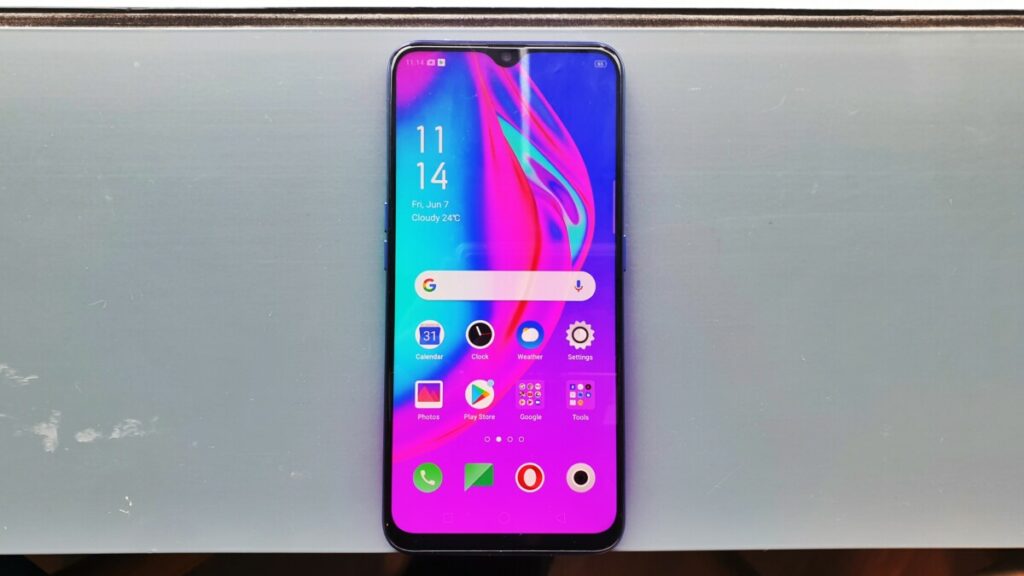 Finish aside, the OPPO F11 is structurally sound with the rear dual camera, LED flash and fingerprint reader placed in the centreline of the backplate rather than the usual off-center corner position. This has several tangible benefits as it minimises the off-chance of your finger obscuring the lens when taking shots. Alas, the camera array juts out slightly from the backplate which makes it prone to scratches if mishandled though OPPO provides a free TPU case with the phone for units sold in Malaysia that is thick enough to make that a remote possibility.

The base of the phone reveals another concession to cost as the OPPO F11 uses an increasingly dated microUSB port flanked by a 3.5mm audio jack and a grille for the mono speaker. The left side of the phone hosts a hybrid SIM card slot and a volume rocker. Unfortunately, the buttons are plasticky though their matching colours to the chassis means they do look premium at first glance. The right side hosts a single power button. 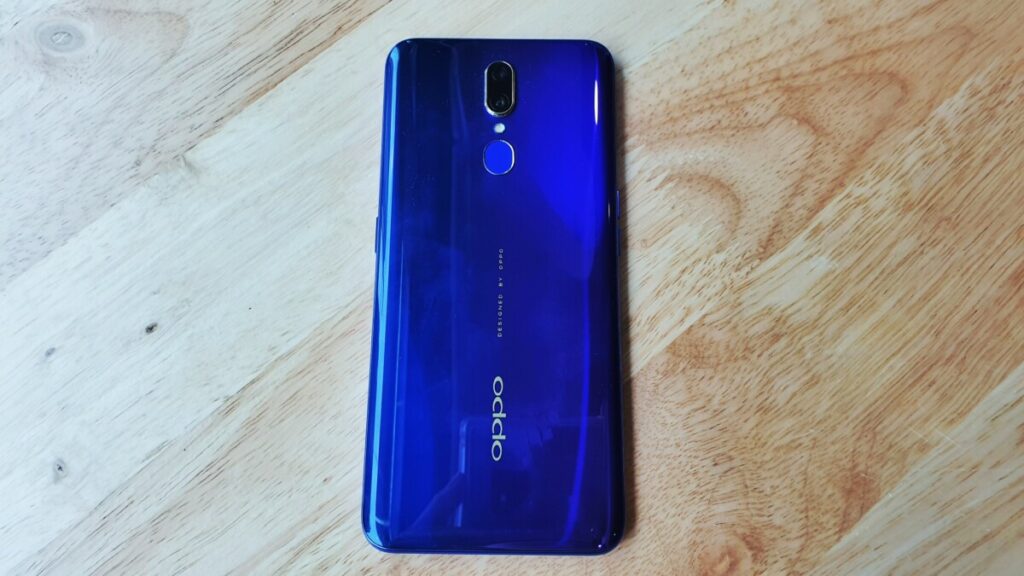 Alas, the buttons are somewhat recessed so pressing them needs more effort than is usually necessary. That aside, the buttons are ergonomically well placed with the volume rocker and power button within easy reach such that it’s fairly easy to get about one-handed with the F11. The top side of the F11 is otherwise bare.

As far as build quality goes, the OPPO F11 is a fairly well built phone with aesthetics and contemporary design that is suitable for its intended price range. The good part is that the omission of the pop-up mechanism saves a bit on the price tag by RM300 less without significantly affecting overall performance compared to the F11 Pro. 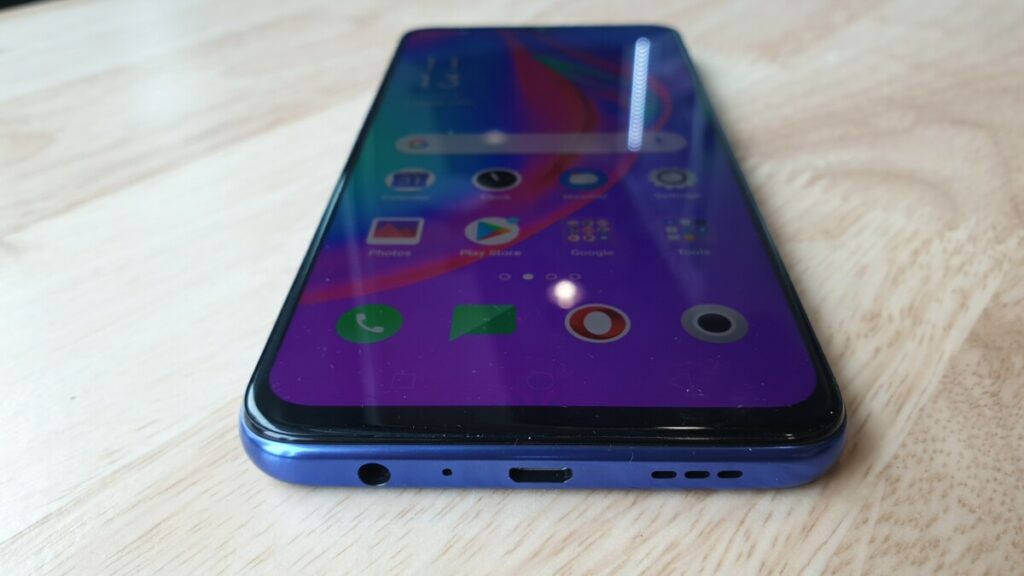 The OPPO F11 for Malaysia comes with a 6.53-inch waterdrop-shaped Full HD+ display up front with a 19.5:9 aspect ratio and an 85.3% screen-to-body ratio on account of a lack of buttonry on the front which is almost entirely display save for the selfie camera notch. This is slightly less than the F11 Pro’s screen-to-body ratio but it’s a minor tradeoff for a more structurally robust design.

Powering the phone is a Mediatek Helio P70 2.1GHz processor paired with a Mali G72 GPU, 4GB RAM and 64GB of expandable storage.

The OPPO F11’s rear camera array consists of a primary 48-MP F/1.8 camera using Sony’s IMX586 sensor paired with a secondary 5-MP F/2.4 depth sensor. The hat trick to the F11’s rear camera is that it uses pixel binning that combines four pixels into one to produce crisp 12-MP snaps though you can fire up Pro mode in the camera settings to shoot the rear camera in all its 48-MP glory. The front consists of a 16-MP F/2.0 camera that uses the display as an ersatz flash. 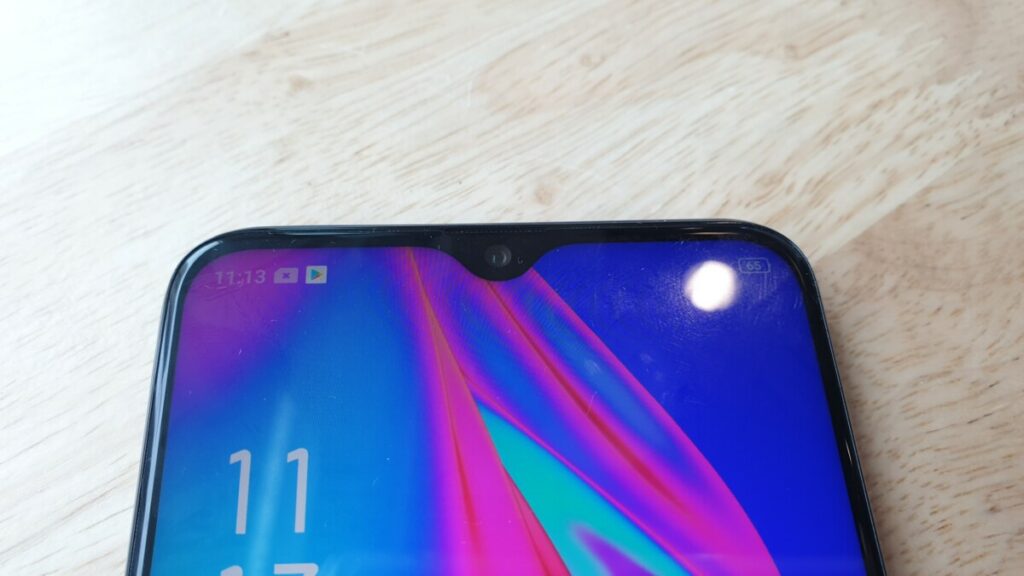 Under actual field conditions, the phone proved to be a reliable daily driver. It tackled most tasks asked of it and the phone was able to handle PUBG on medium settings and smoothly stream Netflix and YouTube without undue complications along with multiple open browsers on Chrome. The provided mono speaker at the base proved functional but unremarkable with sufficient volume for most tasks though it is all too easily obscured by your index finger in landscape mode.

The display itself is fairly vibrant even under daylight conditions with good detail and colour rendition though occasionally the notch does get in the way when gaming or watching movies. You also have the option to disable the notch though there are no universal settings to do so so you’ll have to modify this on a per-app basis in settings. 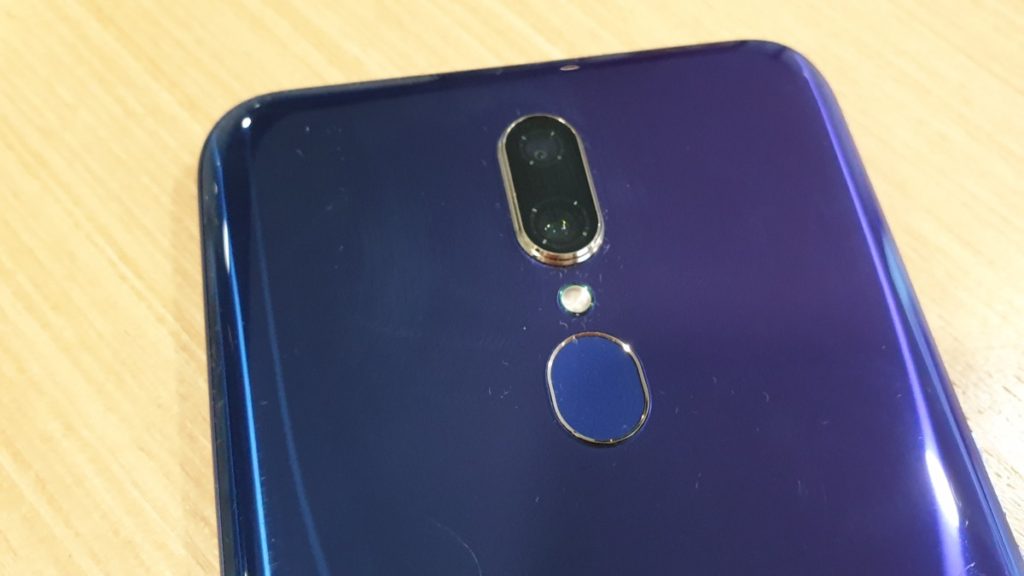 Of note is that the Color OS 6.0 overlaying Android Pie 9.0 on the F11 has a few unique tricks. Like other OPPO phones, the F11 allows you to change the wallpaper and the theme from a host of downloadable ones. This time around, Color OS also has a few features like the optional ability to hold the power button down to summon Google Assistant as well as activate several optional screen gestures when the screen is off such as a drawing an O onscreen to turn the camera on. Handy, that.

You can tweak accessability settings to customise the OPPO F11

OPPO’s COLOR OS has as variety of swappable themes

The OPPO F11’s rear 48-MP+5-MP camera in general delivers excellent 12-MP snaps in auto mode under daylight conditions with good detail and accurate colours. The camera also offers several other modes including a Nightscape mode for low light shots, a Chroma Boost mode to increase dynamic range and colour saturation in shots and a HDR mode too. 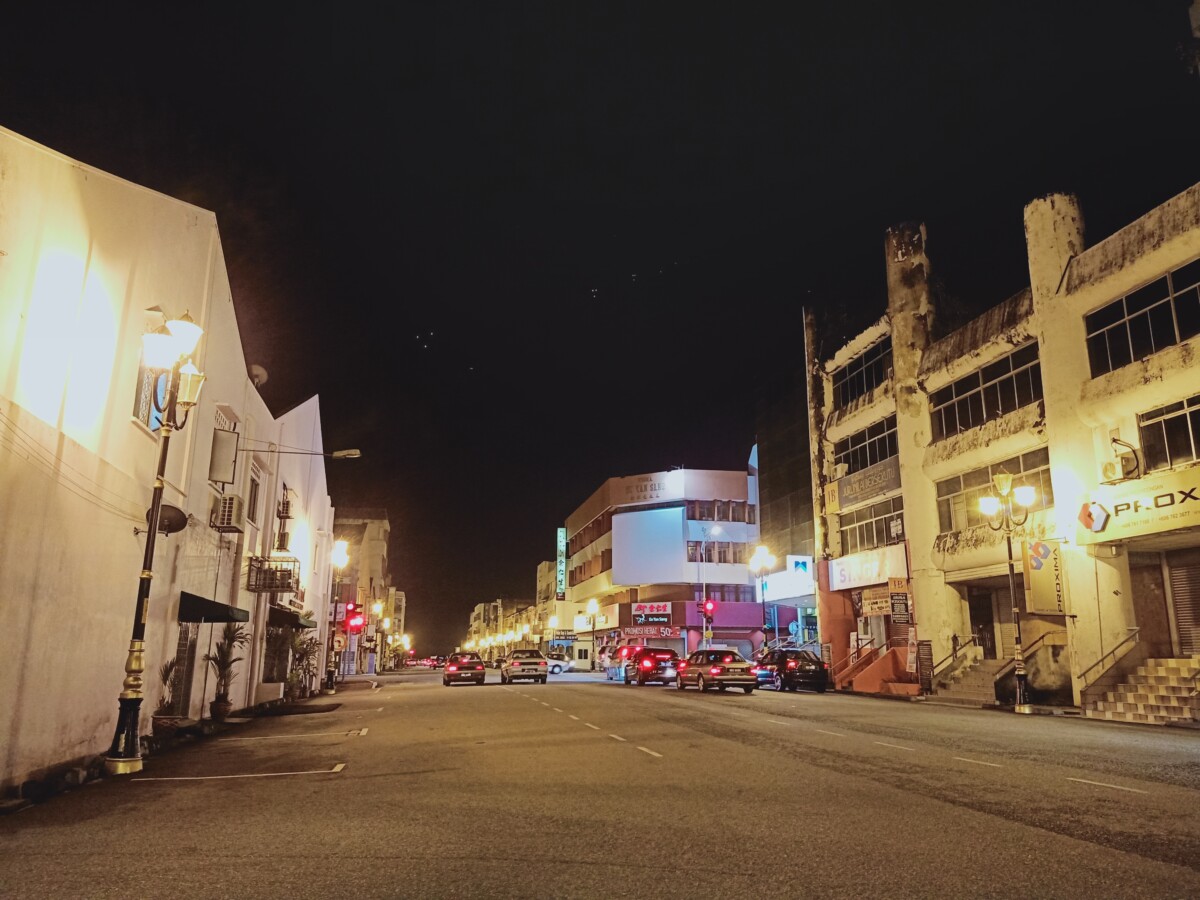 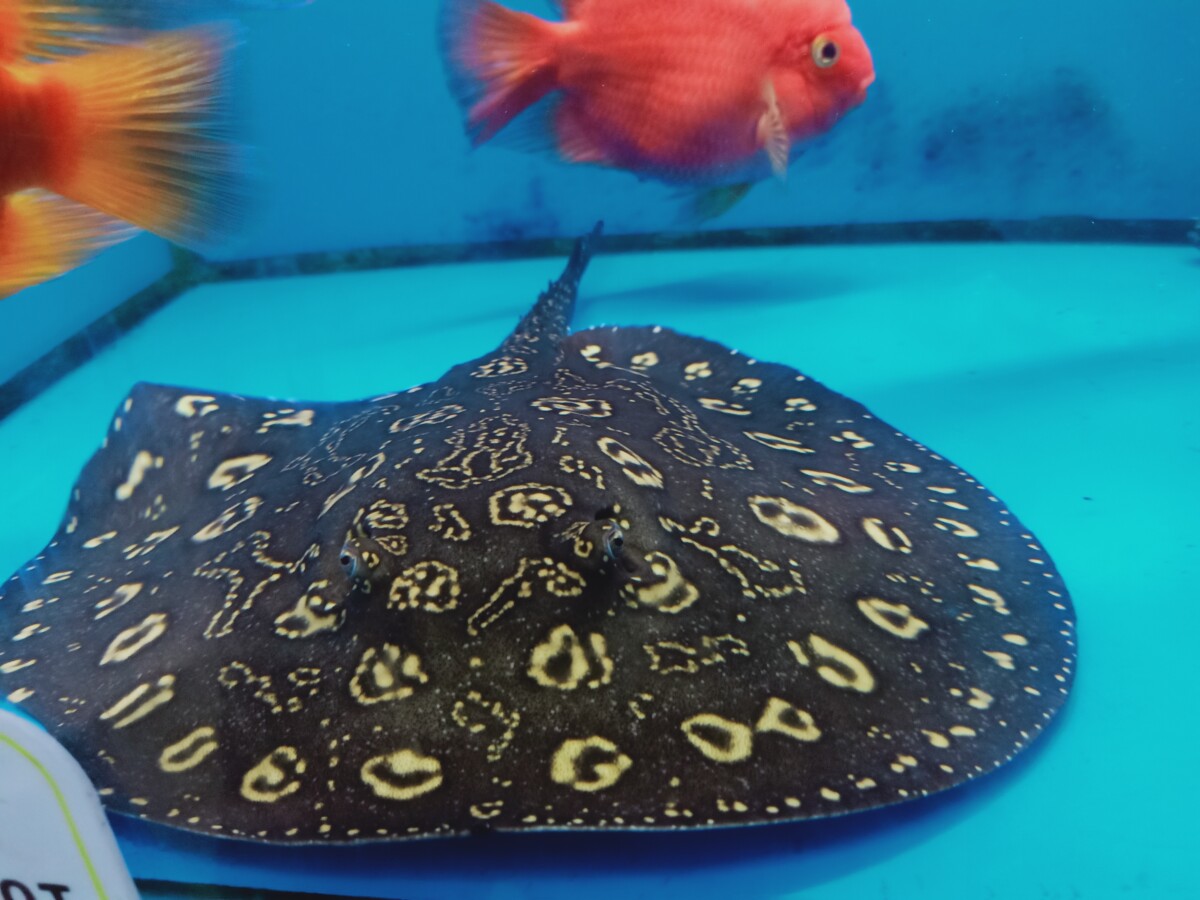 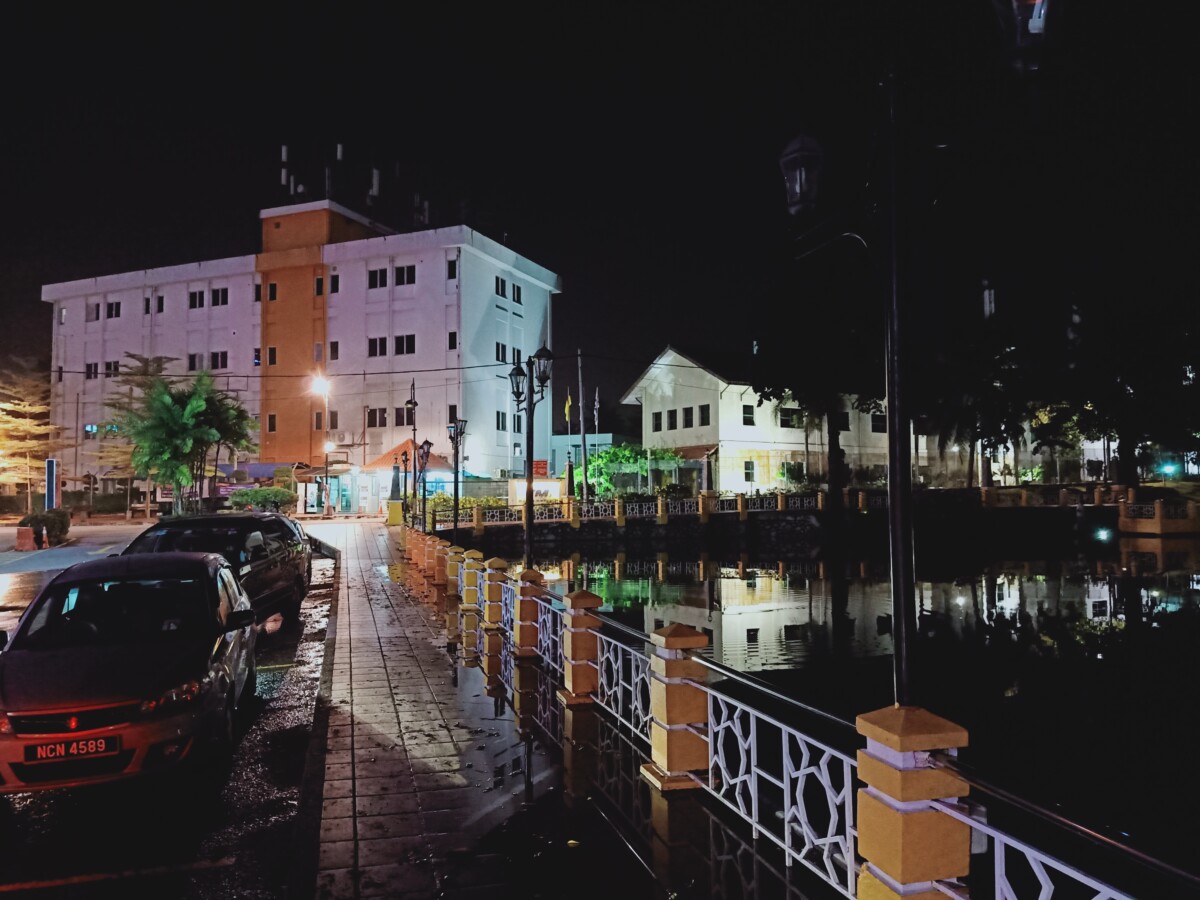 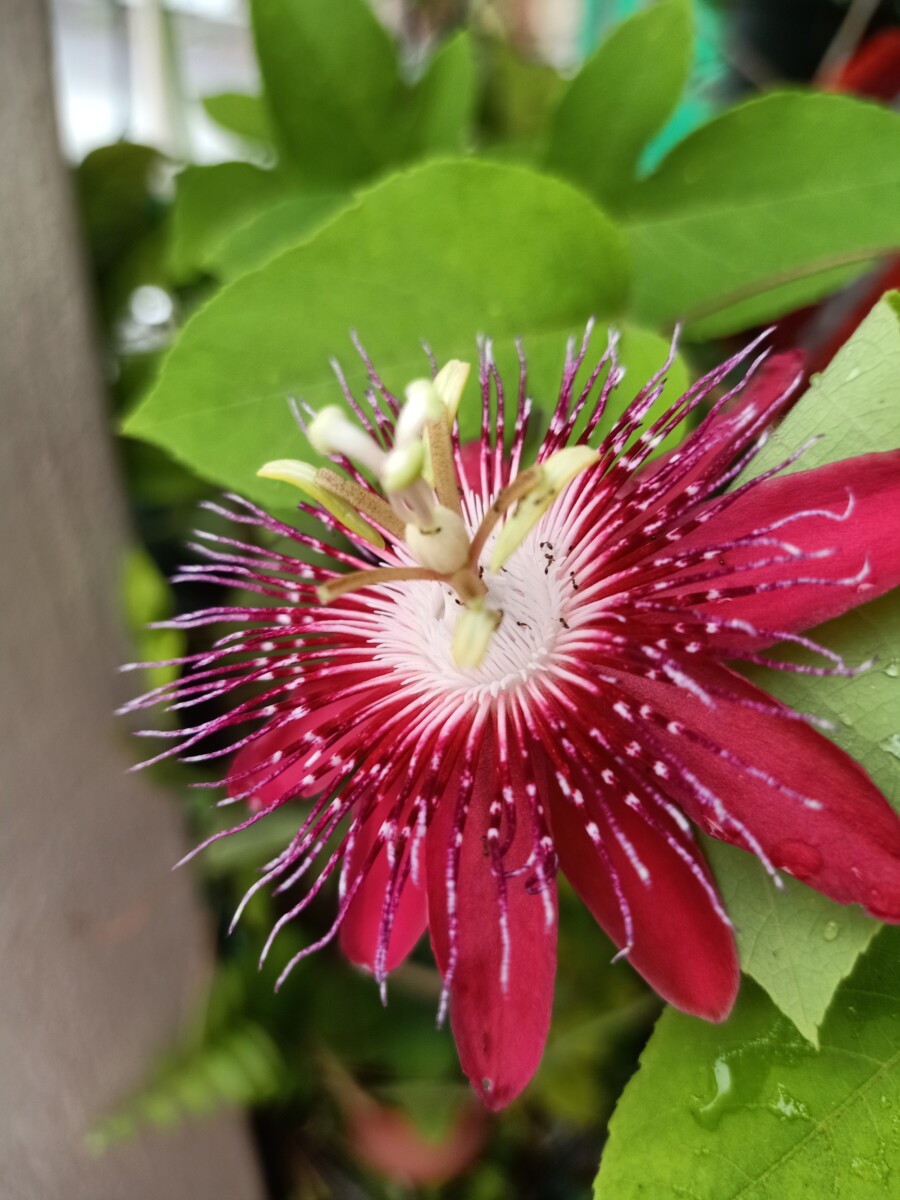 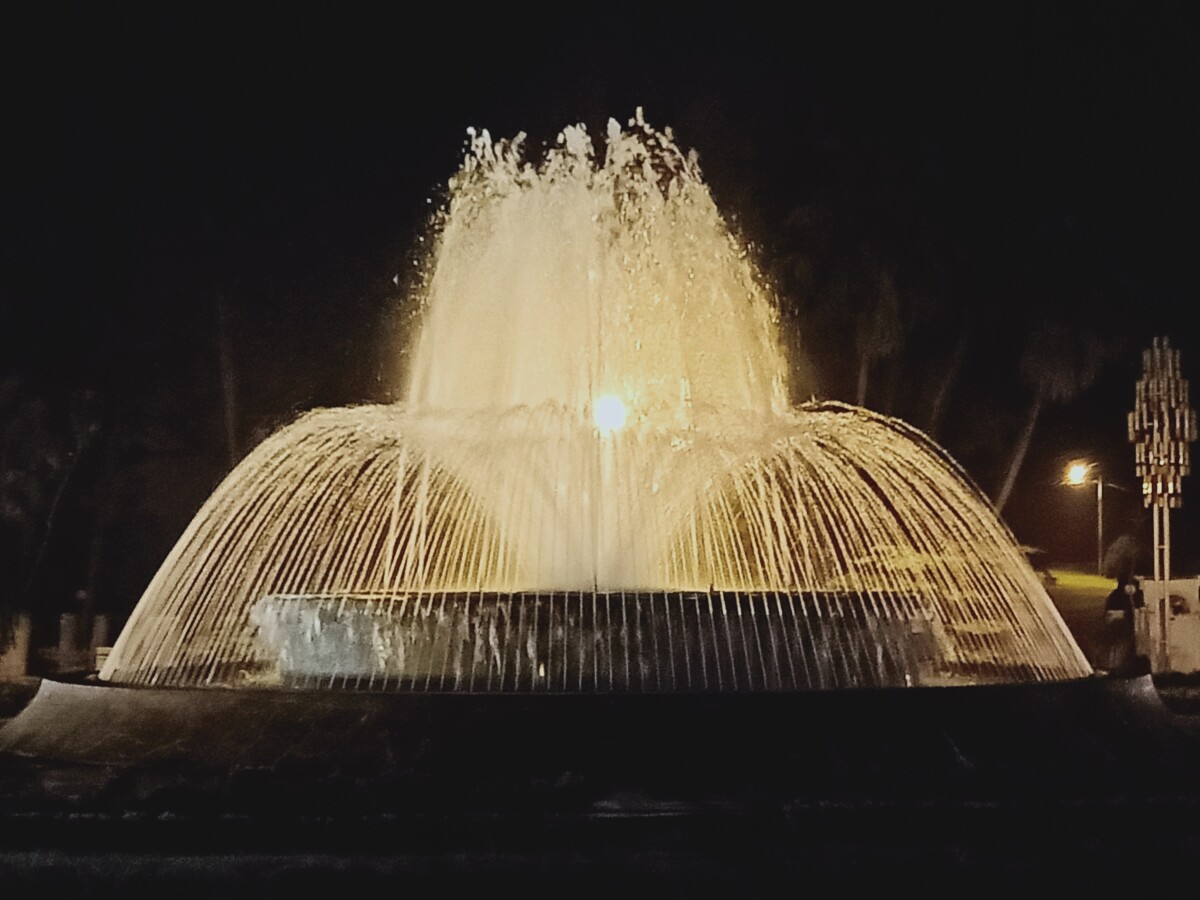 Under low light, the F11’s rear camera and its bright F/1.8 aperture managed to capture excellent snaps though the lack of OIS means that you’ll need to have steady hands for best results. The provided Nightscape mode needs a four-second delay to capture a snap but helps to capture some exceptionally good snaps as it helps to capture more light in a shot albeit with some minor concessions to image detail. Selfies are well lit with generally good skin tones. 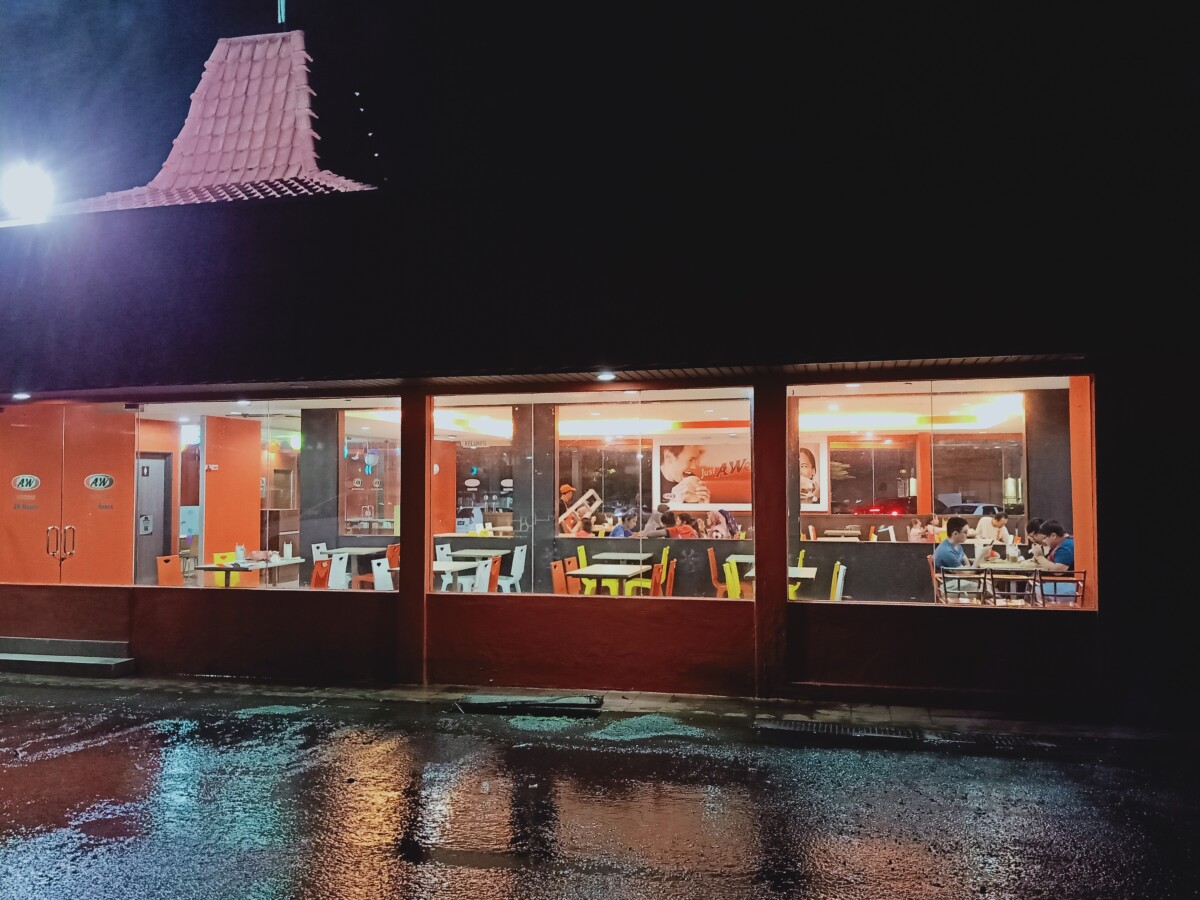 The OPPO F11 comes with a large 4,020mAh battery enhanced with their VOOC 3.0 tech for fast recharge times in the field. We took it for a field test for a full day of work around town as a WiFi hotspot and also with liberal use of social media, snapping pictures and gaming too with data on all day and it managed to have more than enough to last the commute home.

The provided VOOC 3.0 cable and charger dispenses life-giving 5V 4A power to the OPPO F11 with the ability to charge it from dead zero to full in about an hour and 25 minutes which is exceptional by any measure of the word. The VOOC 3.0 tech specifically works with the cable and the charger only so some care needs to be taken to avoid losing them as they’re hard to come by. 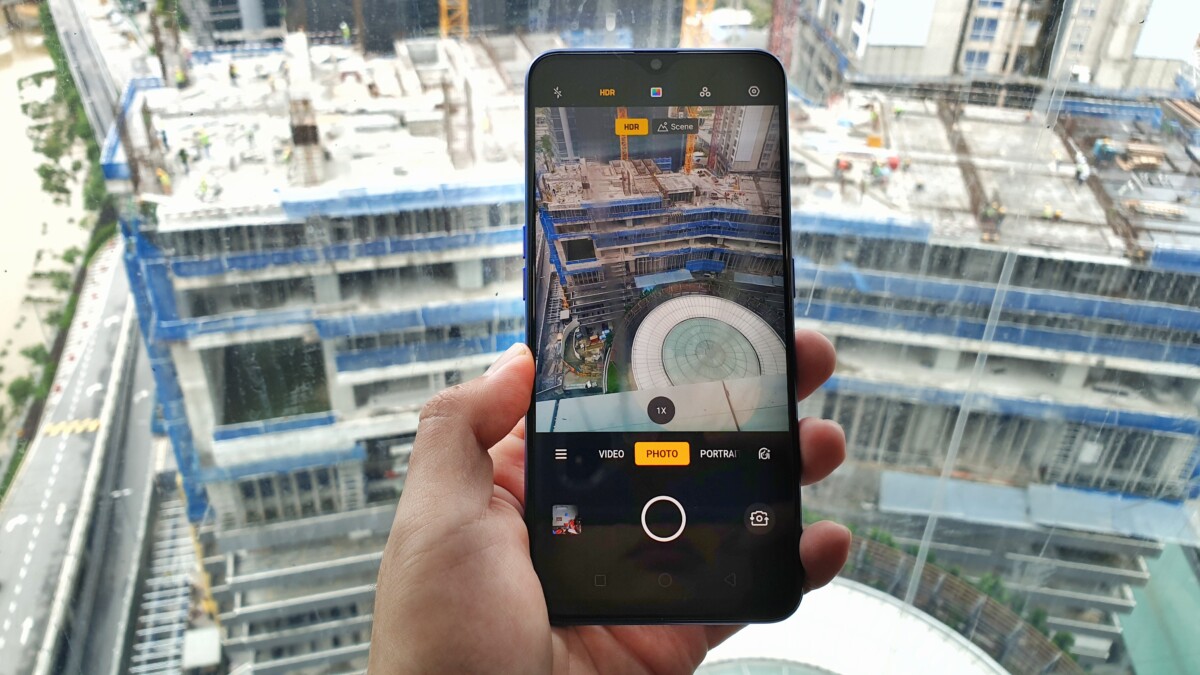 As it stands, the OPPO F11 is a soundly made phone with a generously sized and vibrant display, a fair array of hardware and excellent cameras along with exceptional battery life. Some minor quibbles remain in its somewhat plasticky build but if you’re not one for the frippery of a pop-up selfie camera, the OPPO F11 is an excellent proposition for a midrange camphone.

What we like VOOC fast charging, good rear camera, decent overall performance
What we didn’t Finish is a fingerprint magnet, buttons a bit hard to press, no 4K video capture, still uses microUSB
We say The OPPO F11 is an attractive looking midrange phone with fair performance, good battery life paired with VOOC 3.0 fast charging tech and a good set of rear cameras but all this comes at a premium.