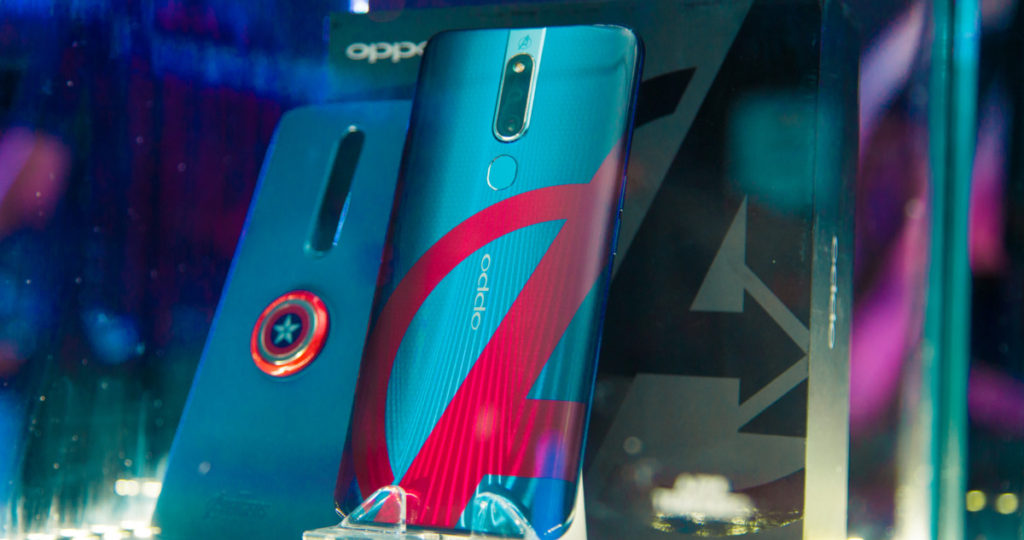 Even as you’re reading this, you will, in all likelihood be among the millions across the globe streaming into theatres to catch the culmination of 20 movies and a decade worth of cinematic magic – Avengers:Endgame. Now, you can keep a piece of what may be the best movie of the decade as OPPO has teamed up with Marvel Studios to create the sublime OPPO F11 Pro Marvel’s Avengers limited edition phone.

As officially licensed merchandise, the OPPO F11 Pro Marvel’s Avengers limited edition phone has all the resplendent iconography befitting an Avengers phone. The design comes with a blue backplate with a gradient blue finish complete with the iconic Avengers A icon in red. Pop up the selfie camera and you can also see the same Avenger’s logo on the back of the camera. 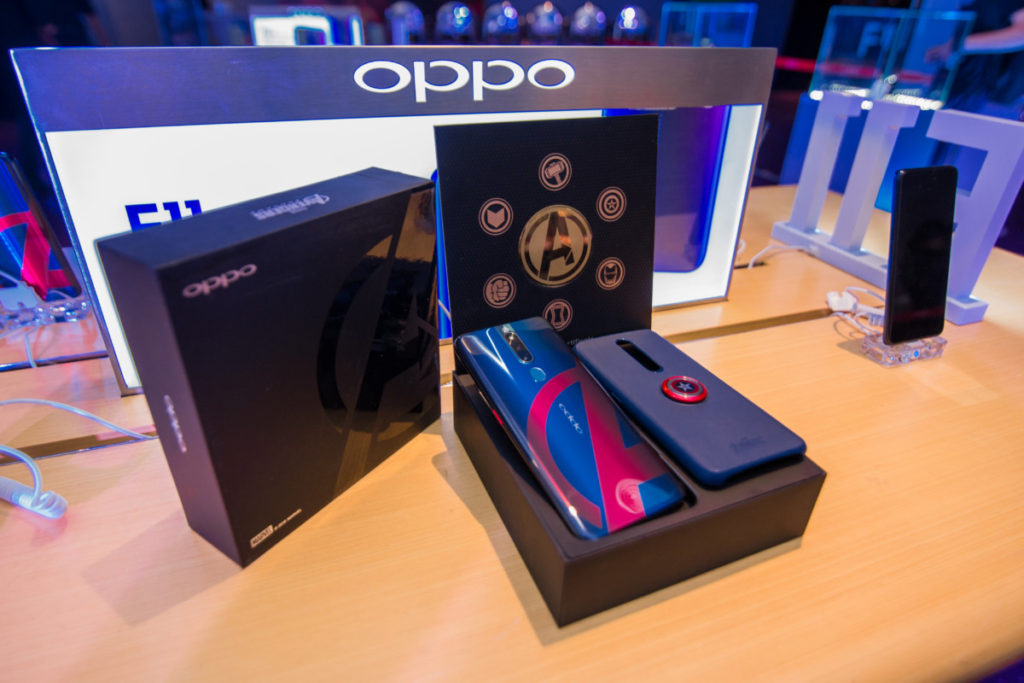 The rest of the OPPO F11 Pro Marvel’s Avengers limited edition is similarly appointed with a unique homescreen wallpaper with the Avengers logo emblazoned boldly in the middle. The phone also comes with a Captain America themed finger ring and case. 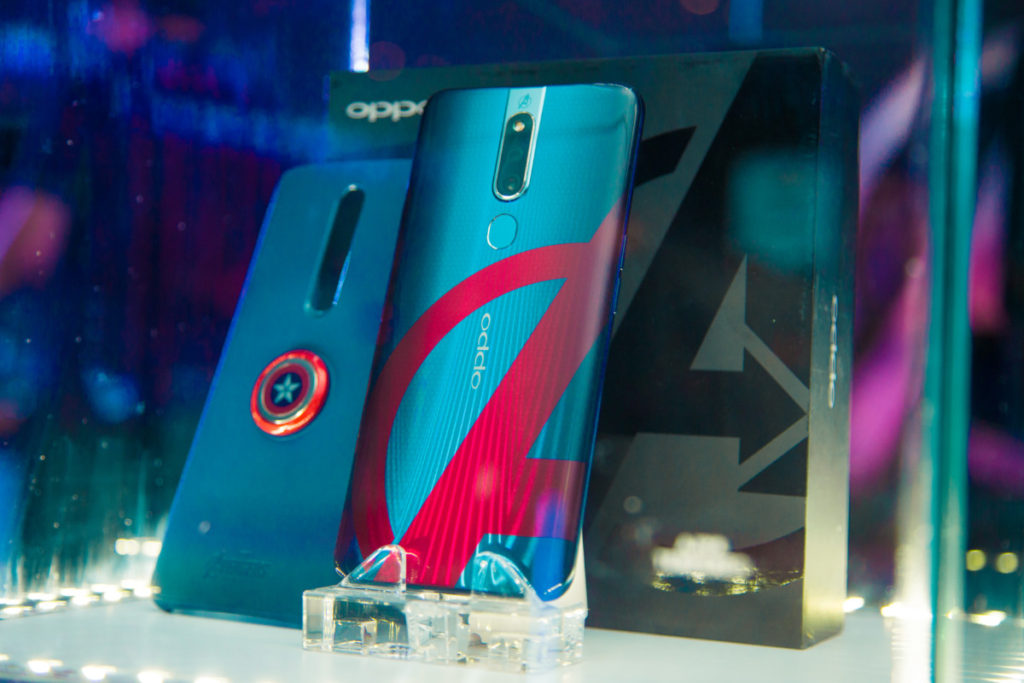 To wit, the official literature of the phone has attributed aspects of it to each of the Avengers though it is otherwise functionally similar to a stock OPPO F11 Pro. According to the official spiel :

This OPPO F11 Pro Marvel’s Avengers Limited Edition is powerful like a Super Hero. First of all, Captain America’s iconic features are the main inspirations for the design. And as Iron Man can fly in a high-tech armor, this smartphone also has a high-end rising camera. Thor is the God of Thunder, while the VOOC flash charge 3.0 within the phone brings lightning-like charging speed. Hulk has a powerful build, and our smartphone has huge storage, up to 6GB RAM + 128GB ROM. The elite agent Black Widow is very agile and skillful, likewise the smartphone also runs very smoothly owing to Hyper Boost. Finally, Hawkeye is skilled in archery, while the F11 Pro Marvel’s Avengers Limited Edition can also capture every detail by its 48MP dual rear cameras and take crisp clear pictures. 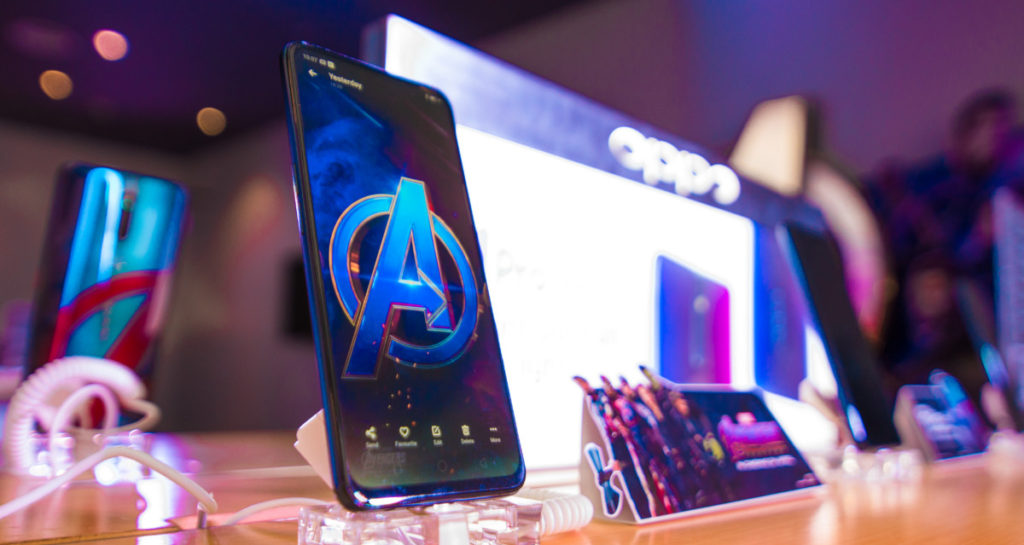 All this retails for RM1,399 and the phone is available for preorder from 24 April till 3 May at all official OPPO Concept stores and authorised dealers stores or online at the OPPO official website and e-commerce partners Lazada and Shopee. It is also available at Celcom Online. Preorder pickups are on 4 May 2019. For more details swing by OPPO’s Facebook page at www.facebook.com/malaysiaoppo/ 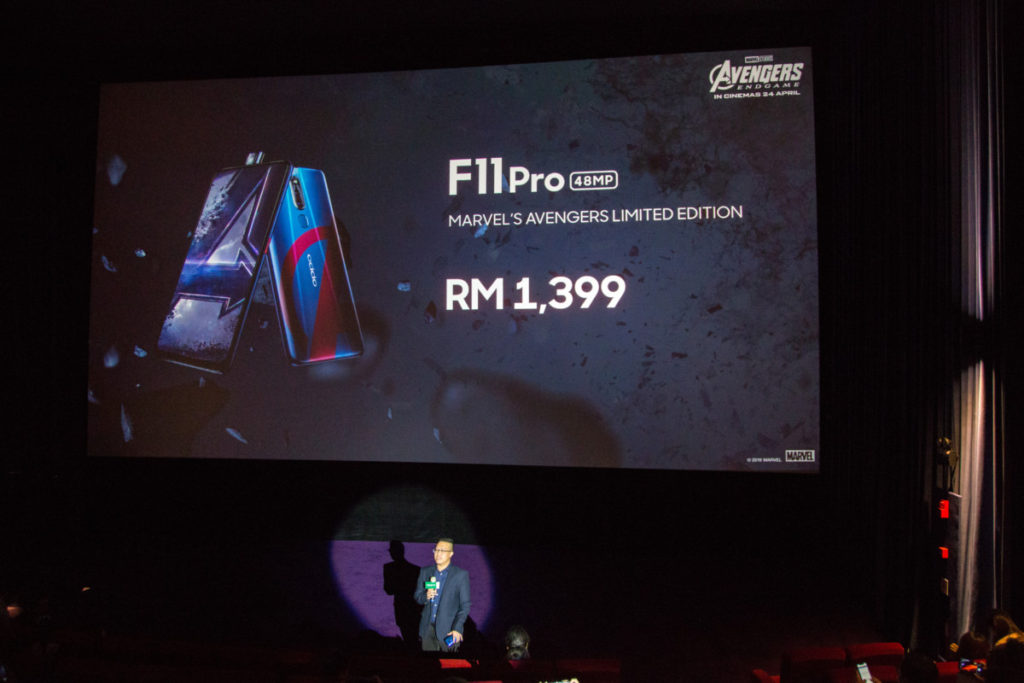