The workhorse OPPO A91 has recently been launched in Malaysia in a shade of Lightning Black but they’re now offering an additional shade for the phone that they’ve dubbed Unicorn White for the same price tag of RM999.

The OPPO A91 is part of their affordable A-series phone and interestingly enough is one of the first in the range to use an AMOLED panel for its 6.4-inch FHD+ display which ensures more vibrant colours onscreen. The A91’s large display has a 90.7% screen-to-body ratio and an under-display fingerprint reader. 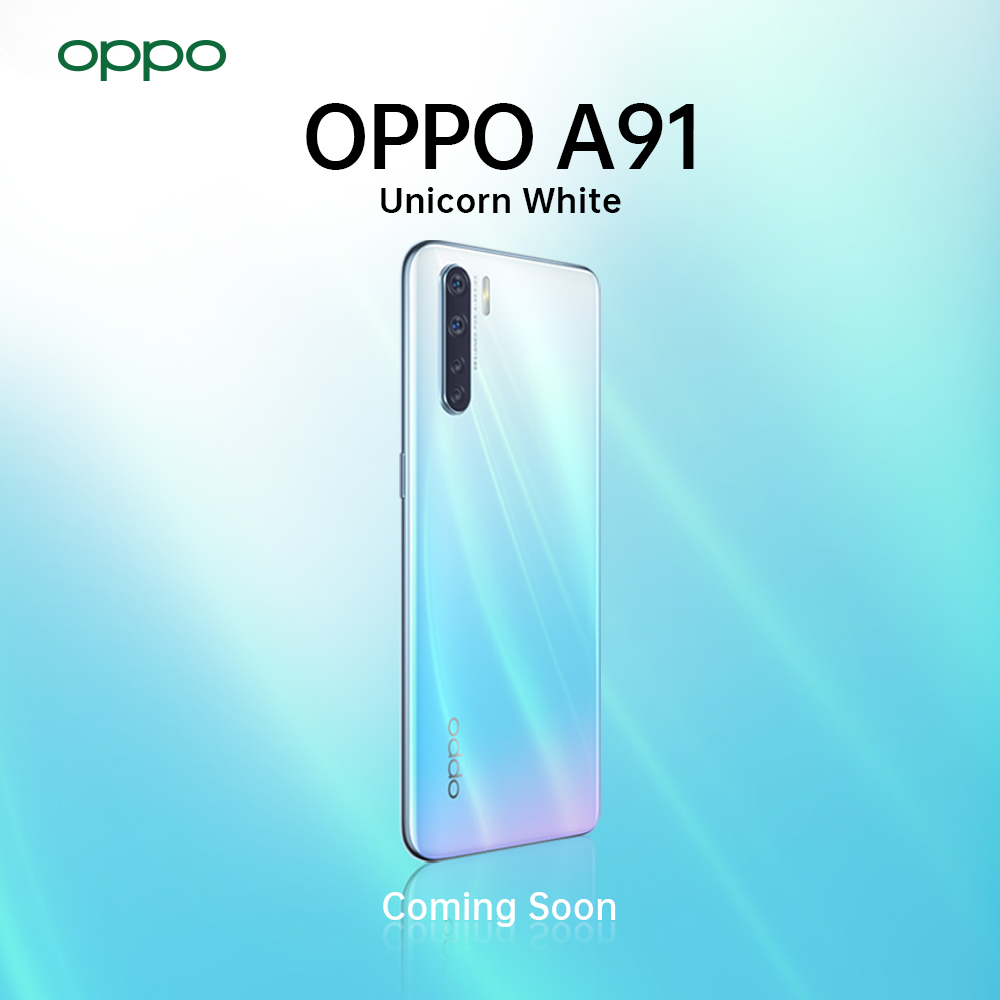 On the hardware front, the OPPO A91 has a Mediatek MT6771V Helio P70 octacore processor paired with 8GB RAM and 128GB of storage expandable via a microSD card slot.

The rear quad camera array has a primary 48-MP camera that uses pixel binning to squish 4 pixels into 1 to serve up 12-MP shots, a secondary 8-MP ultrawide angle camera, a 2-MP mono camera and a 2-MP depth sensor. The front of the OPPO A91 packs a 16-MP F/2.0 selfie camera. Both the front and rear cameras max out at 1080P video capture.

The phone comes with a 4025mAh battery that has VOOC 3.0 flash charging, allowing for a 50% charge in just half an hour. To acquire it, you can swing by OPPO’s official Lazada store or official Shopee store.